The most amazing thing to me at this stage join the morning is that I immediately found an appropriate accompanying video for the post title I randomly came up with.

Firstly, I trust folks got a load for this weekend’s ‘One For The Weekend’

It’s really something. If not, you needn’t worry, or do no link clicking, because I have it available again for you right here;

For so many years Mr. Anzalone enjoyed a fair amount of visibility here on the site. Whether it was stories of his squeaky gate, or photos of him about to enjoy some cake, it was like he was a part of the family.

After a lengthy absence, I’m glad he’s back.

And only related to that, or him, or any of it but very slightly- Over the weekend I came across this company who will press your ashes into a vinyl record.

If you have any interest in becoming your own haunted record, visit the site and get yourself on their books;

So perhaps if you really hate the people you are leaving behind, that Danzig remix would be the perfect thing to be remembered by.

Moving on from one kind of loathsome legacy to another kind altogether, I was notified via the twitters that there is a dog park in my hometown of Evergreen, Colorado that’s actually slated for closure due to the sheer amount of dog crap left behind; 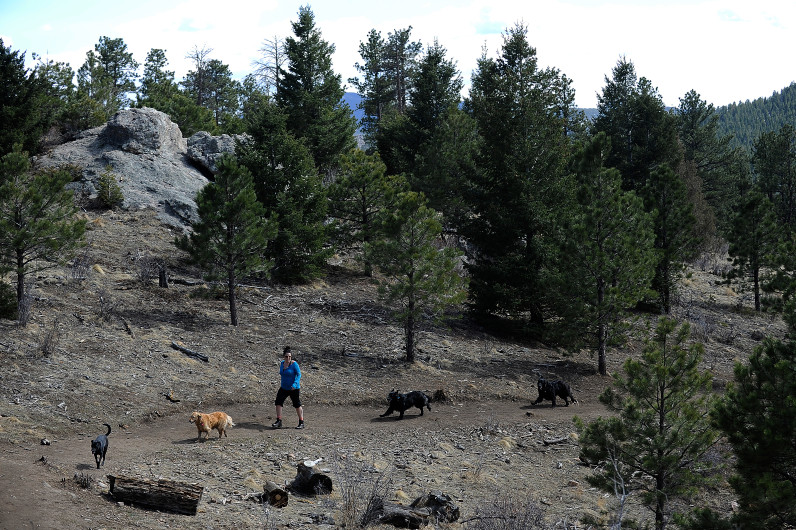 Notably, Evergreen is in Jefferson County, which also happens to be the county behind the first there is no poop fairy campaign I ever saw.

Now, the way that I see it, there are three primary responsibilities when owning a dog.

1) Take care of the dog. Give them a nice place to sleep, engage with them, socialize them, etc.

It seems pretty simple to me, but what the hell do I know?

Last week I went on a hike in a lovely network of forested valley trails not far from my house. After weeks of rain, the trees, plants and creek were as happy as I’ve seen them in years. Naturally, almost before I began I saw one abandoned crap bag, and three separate piles of unbagged crap on the trail. Making a mental note of their locations, I continued on, enjoying my day.

Eventually, upon nearing the conclusion of my hike and with that first abandoned bag in my possession, I came across a stray strand of barbed wire from a fence long forgotten by time. Before leaving, I spooled it up, cutting the holy hell out of both my hands in the process.

My plan was to walk back to the trail head and grab a couple of the bags supplied there, but as I neared the first pile, I simultaneously crossed paths with two women walking four dogs. “Say, do you all have a spare bag I could have? There is a bunch of dog crap someone left behind up there, and apparently today, not only am I the barbed wire fairy, but I’m the dog poop fairy as well.”

Stammering, both women made a hollow gesture of patting their pockets and then indicated that neither of them had any bags with them.

“Hopefully they won’t make any messes“, was all the fist woman could offer.

“It’s not likely, but uh… Yeah… Hopefully“, I said as I stared them down and walked past. For as long as I live, I won’t understand that level of entitlement, and ignorance. I don’t eat breathe, and sleep land stewardship, but I do put my two cents of effort in to maintain, and help take care of the open spaces I utilize and appreciate. When things like that happen I see it as little more than a slap in the face. We all use the open space, we clearly all appreciate it, otherwise we wouldn’t be out here, so why is it such a far stretch for people to not literally shit on it?

As always, if anyone can offer me insight, operators are standing by.

With that, I’ll now offer this illustration I came across by a woman named France Corbel; 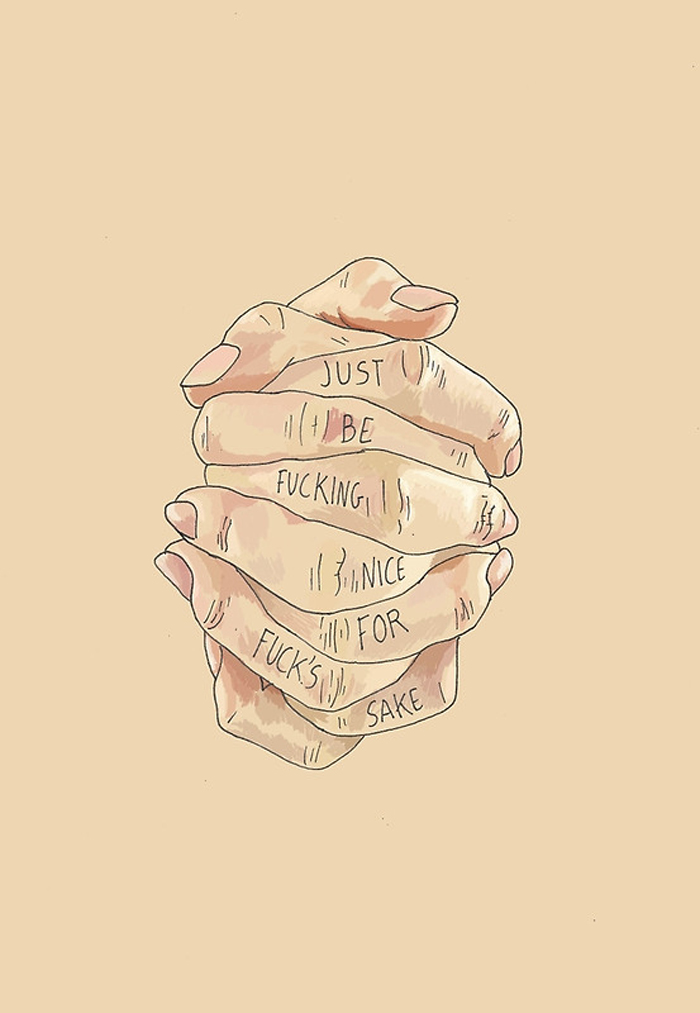 It’s an appropriate visual accompaniment for the time I re-wrote The Bible; And to continue on with feeling good, and being nice but not really- Sam B. and Amy Hoggart are just about the nicest, and also meanest human beings ever;

These day that show is just about one of the only things that makes me feel better.

Finally, as we prepare for the curtain to close on today’s effort, I’m bringing an announcement that I could potentially be in a position to bring back the technical backpack I released with Swobo a couple of years ago; 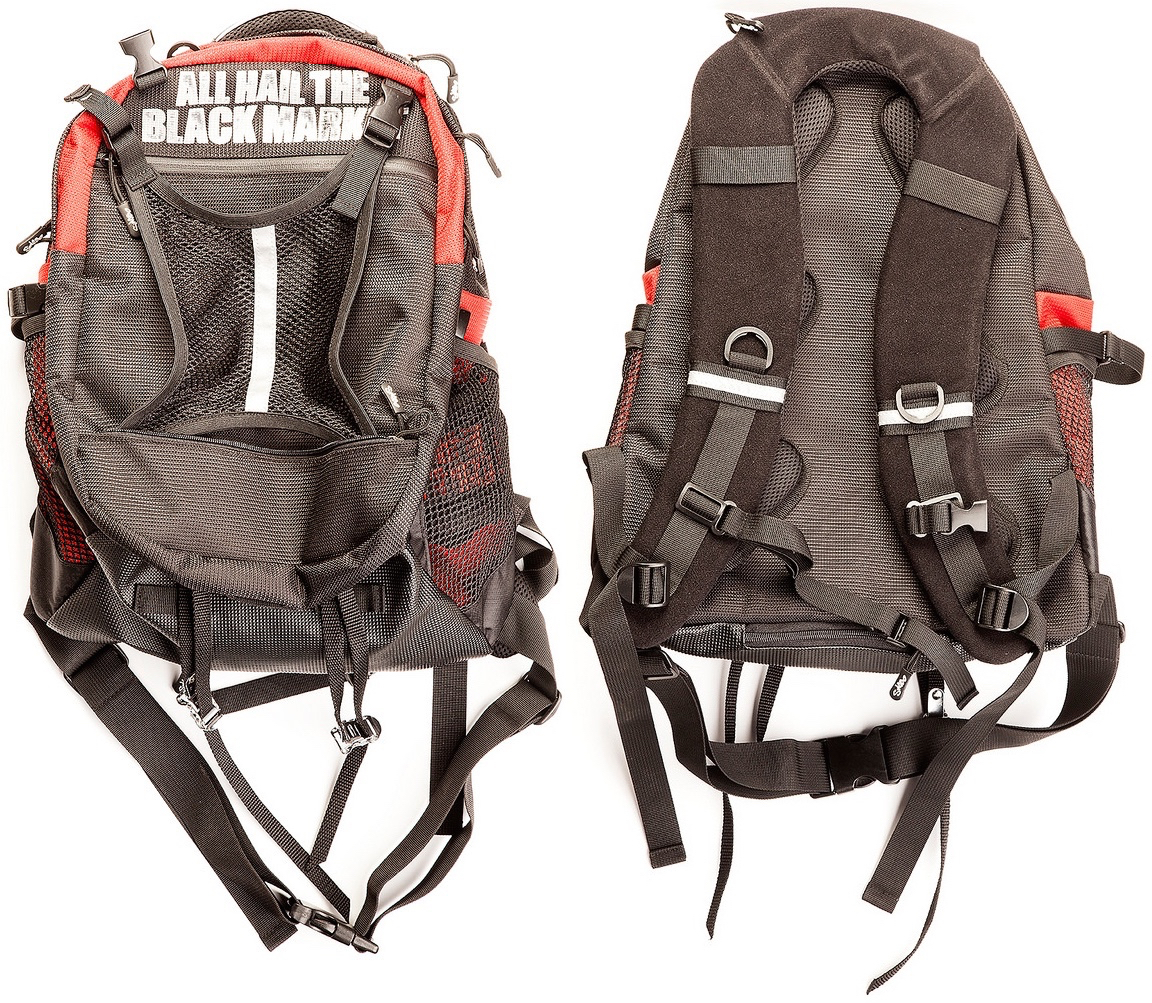 Naturally, there are a number of hoops to jump through between now and then, but primarily I’m interested in gauging folks’ thoughts on/desire for such a thing before I begin making any headway.

I’m still currently abusing the holy hell out of my own bag, and it continues to hold its own, (though, for the sake of full disclosure, I took it in to get the helmet netting repaired last spring).

Would you, dear reader, be inclined to partake in such a thing, should I be able to get my ducks in a row?

If I were to be able to pull it off, there would be the same amount of garbage. You’d just have something both durable and stylish in which to carry it.

12 Responses to “Blasting out some garbage.”