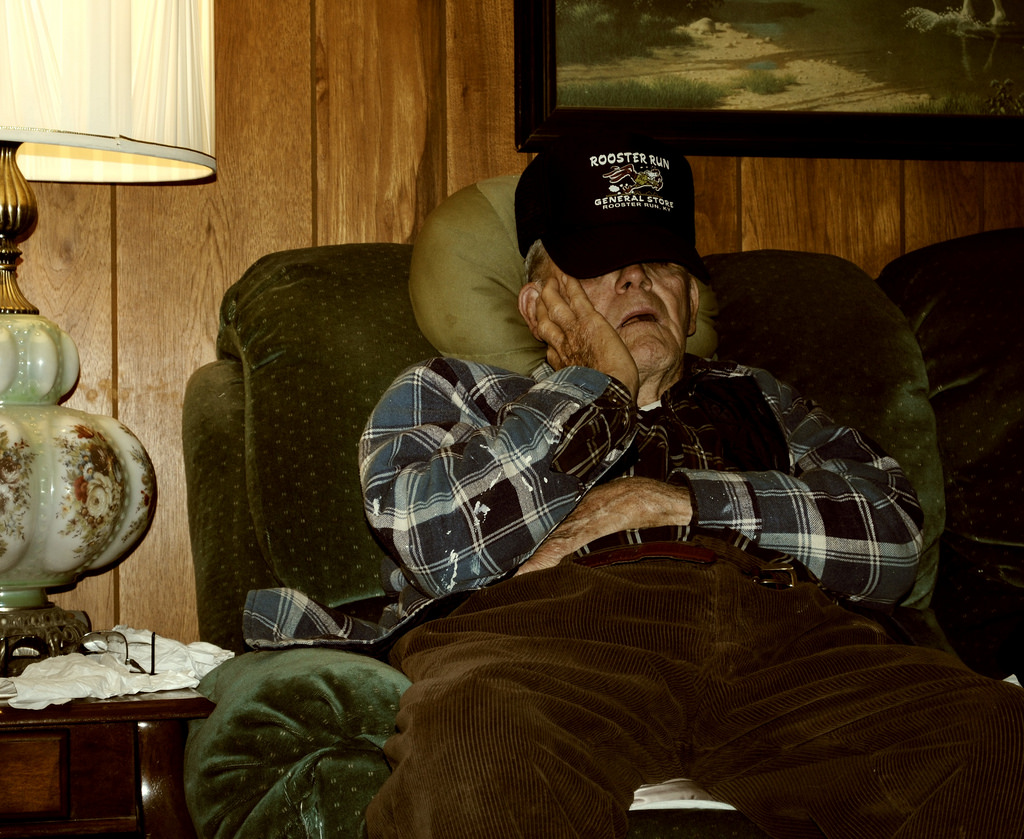 Because I have an abundance of garbage burning on the stove this very minute, I’m gonna make this a quick one.

Remember back at the end of January when I gave Ian from Castelli a little bit of grief for making contact and asking me to assist in the promotion of an event, but didn’t actually give me much information with which to do it?

He’s at it again; 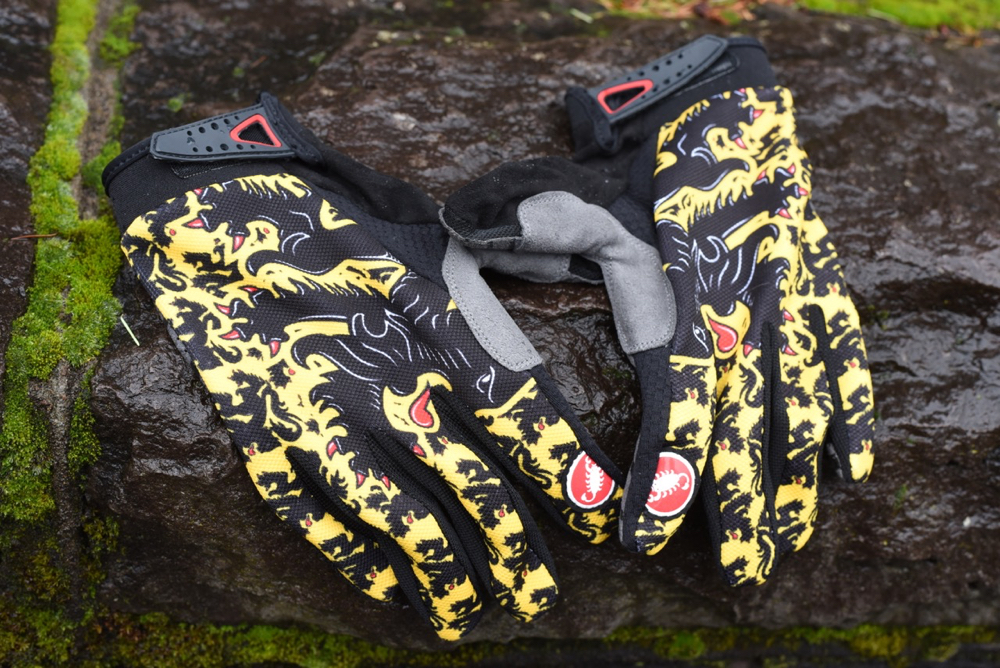 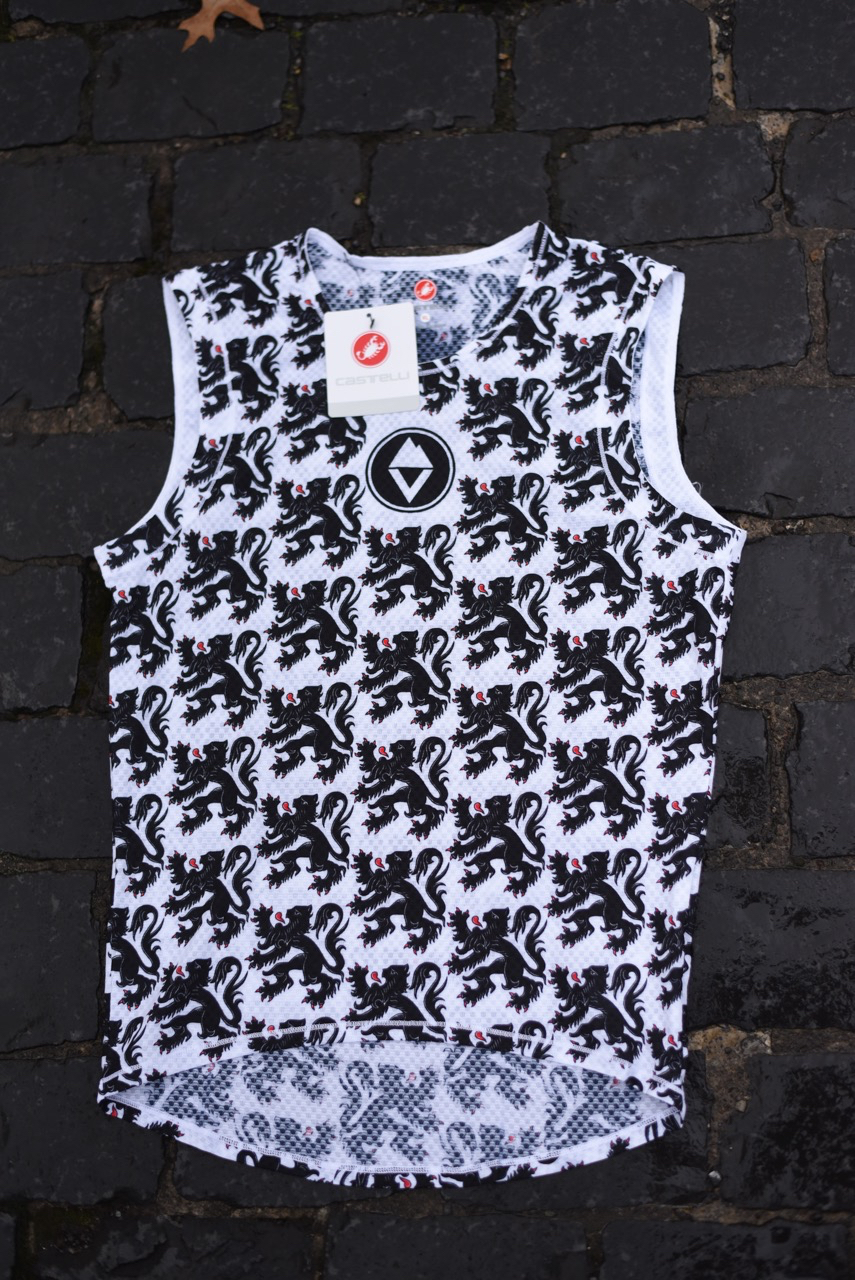 Flanders themed base layers and gloves. Will be on sal this weekend.

Though the exchange wasn’t quite as meandering as the perviously mentioned one was, I did ask for elaboration on who Josh and ‘sal’ were.

Of course the Josh is Josh from HiFi Components, and at the time of posting, I’m still not sure who sal is, but the goods are apparently on him.

He asked if I wanted some, to which I said something along the lines of “sure. Will it make my nipples chafe? I can always use something to wear to the disco.”

He then notified me that they had nothing in my size (size: awesome), but he did very kindly send me some of what my favorite and most used/beloved stuff is anyway; 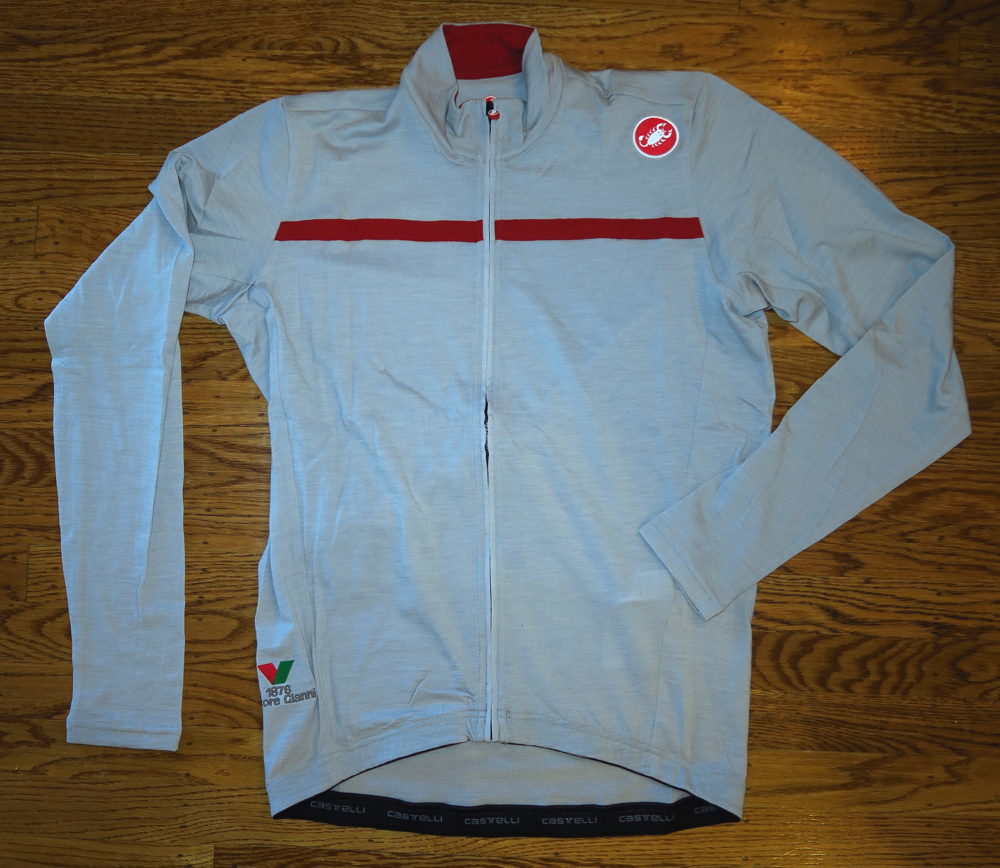 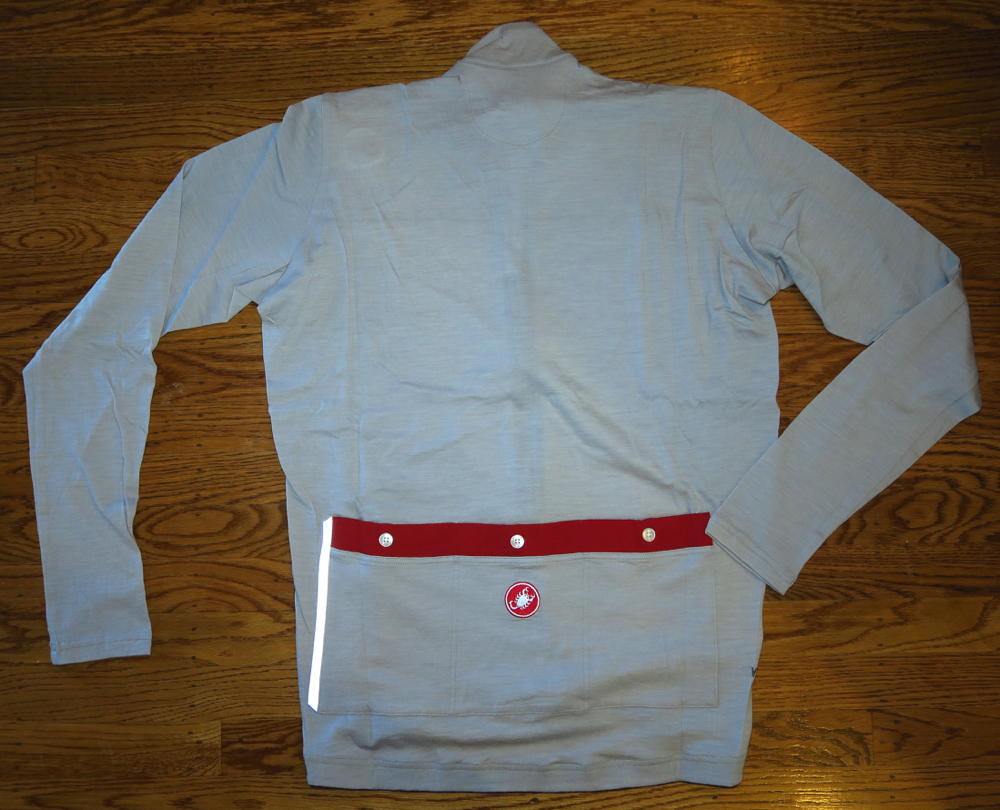 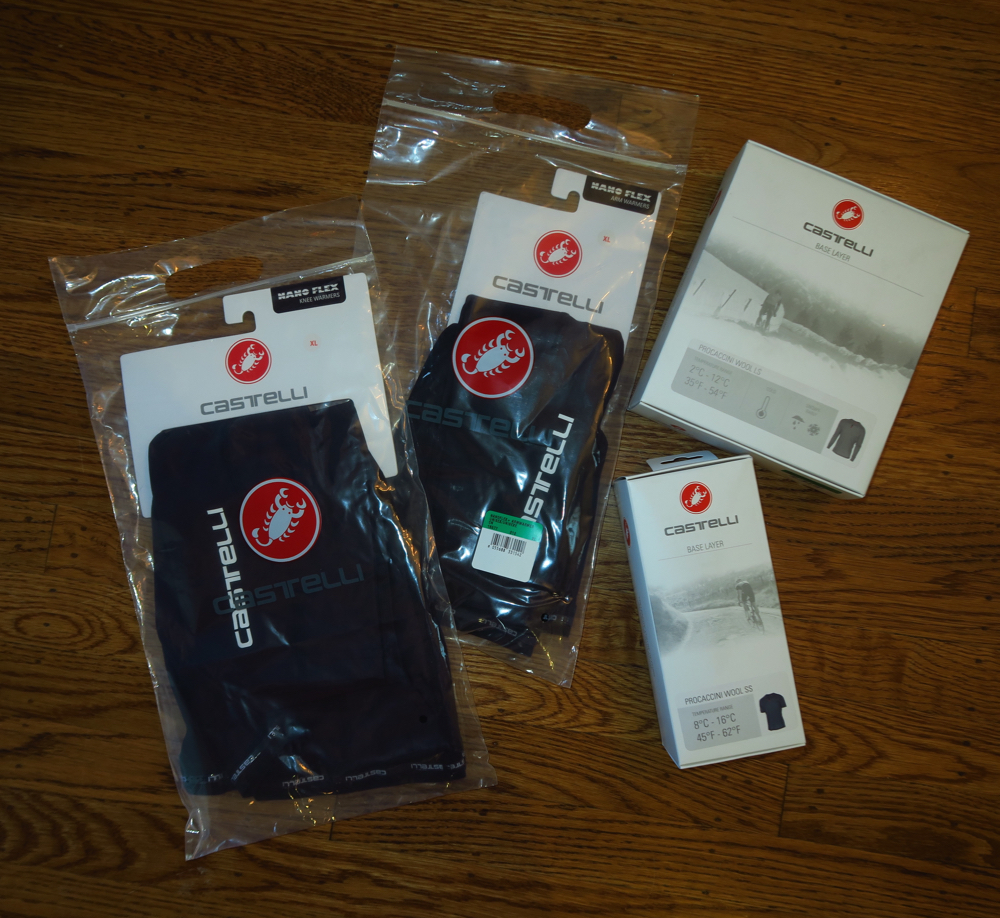 Have I ever mentioned here before that there’s nothing I don’t love about not only wool, but especially wool base layers?

I first learned about the majesty of wool base layers when I worked at Swobo, and I’ve not looked back. Even on the chilliest days, arm warmers, a wool base layer, a lycra jersey, and a vest have never failed me.

Of course I’d have some sort of pantaloon on as well, but that is secondary to this particular discussion.

The days where this combination are perfect even count as my favorite on which to ride.

So while I may have busted Ian’s balls about his inability to properly communicate via email, or that the designs on his kits are a little too Euro for my tastes, he came through with the kind of care package that only the dearest of friends would know to, and for that I thank him from the depths of my heart.

However, as I noted on Friday, an abundance of riding time is a thing I currently don’t have. Primarily my days are filled with dirt removal, and creating what effectively has become a bottomless moat around my house; The other day I even got hungry for some authentic Chinese food and began making a fast track through our planet to find me some; 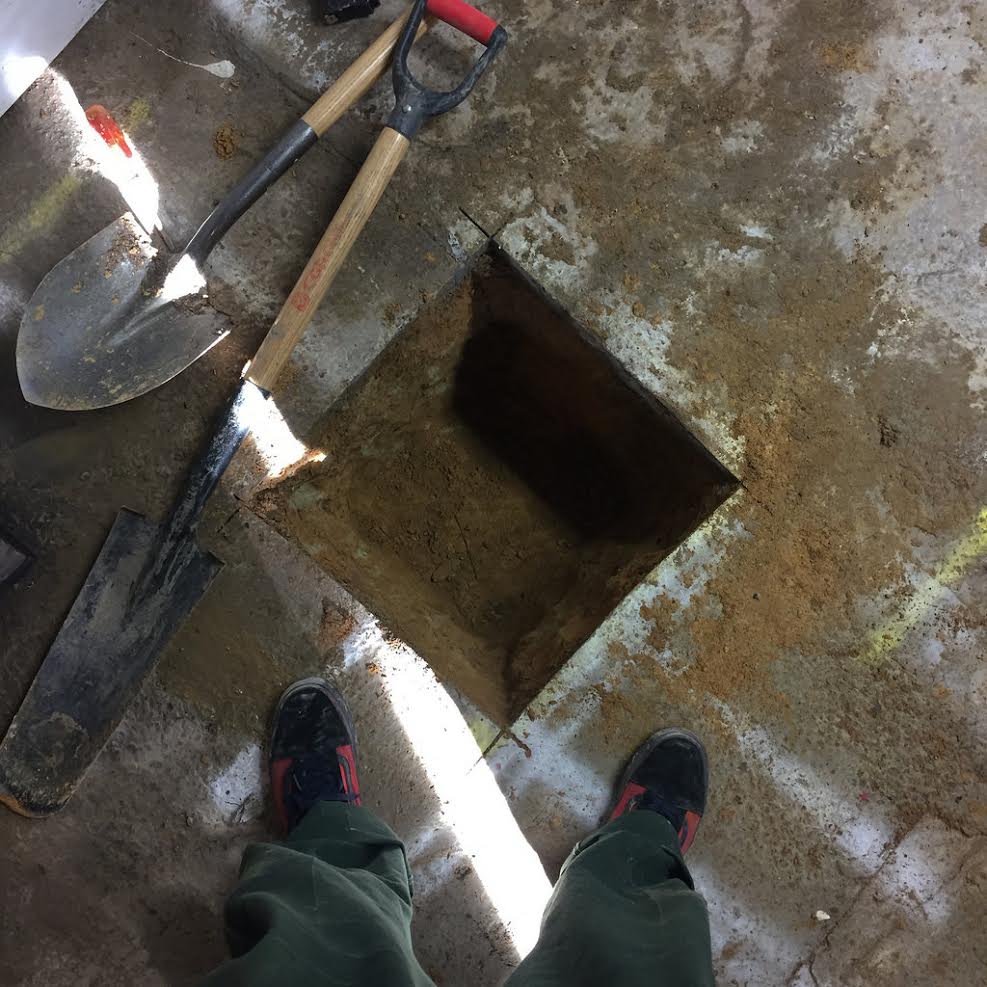 Alas, 18 inches was as much as I could manage, (which based on an exhaustive five second Google search was about 8,000 miles too little), so I completed the task with an empty belly.

While what I’ve found beneath my house isn’t quite granite, it sure as hell is not simply dirt. It’s more like the most densely packed clay I’ve ever seen, and some that very nearly absconded with my roto hammer bit forever. (I got a little over zealous and went a bit too deep, resulting in having to chisel the bit out with a screwdriver before anybody caught me mid-conundrum and hazed me forever. Total rookie move.)

I’m not complaining, mind you. I’m more than aware of the fact I’m blessed to simply have a roof over my head, and paying a little bit of sweat equity is a tiny price to help maintain it.

Moving on from that, back over to a final call for submissions for the model building Nerd Off- No matter where you are with your build, tomorrow marks the time at which you put your pencils down and submit your work.

We have everything from complete builds, to slot cars, or a pile of plastic parts waiting to be assembled. There’s no shame here, and of course we did this for no other reason than to have fun and know there were at least two dozen other shut-ins across the globe who were diving headlong into their OCD at the same time.

It’s true what they say- Misery really does love company.

Finally, just because what we have here is a bikecycle and bikecycle related action sports web log, I’ll close out with an image sent from Travis of Paul Component Engineering of a sequence of some of them Klamper brakes from prototype, to prototype, to finished good;

And there you have a glimpse behind the curtain of a thing what makes the Paul machine tick.

If all of what I’ve presented here today isn’t enough to inspire you to get back to your easy chair for a nap, I promise to try harder on Wednesday.

4 Responses to “Getting up to get out.”