So, I realize I’ve been a bit of a flake these last few weeks, but honest to Dog and I swear on your mother’s grave that it won’t always be like this. I don’t know if I can begin to impress upon yinz how daunting the construction process has been, so I won’t try. The short version is that it has been very, and having spent the last two days fully immersed in putting my shop and studio back together has left me with approximately zero hours with which to write today’s post.

I’m not complaining, mind you. I am a lucky son of a gun, no doubt. I’m simply recognizing my inability to both write quippy B.S. day in and day out after having also broken my body in a muddy trench.

I have a little bit of fodder however, so right away we’ll kick things off with a brief dispatch from Laura of Soulrun Inc.;

Hope you’re having a great weekend with your new dry basement!!:)

So, as you know the other Soulrun employees are all dogs. I love my furry friends and so do my customers. With all the materials and dogs I have in the sweatshop it was inevitable this day would come… I made my own pups some collars, then a few for my friends and since so many of my Soulrun customers send me pics of their dogs and my tool rolls I decided to share them with the world; 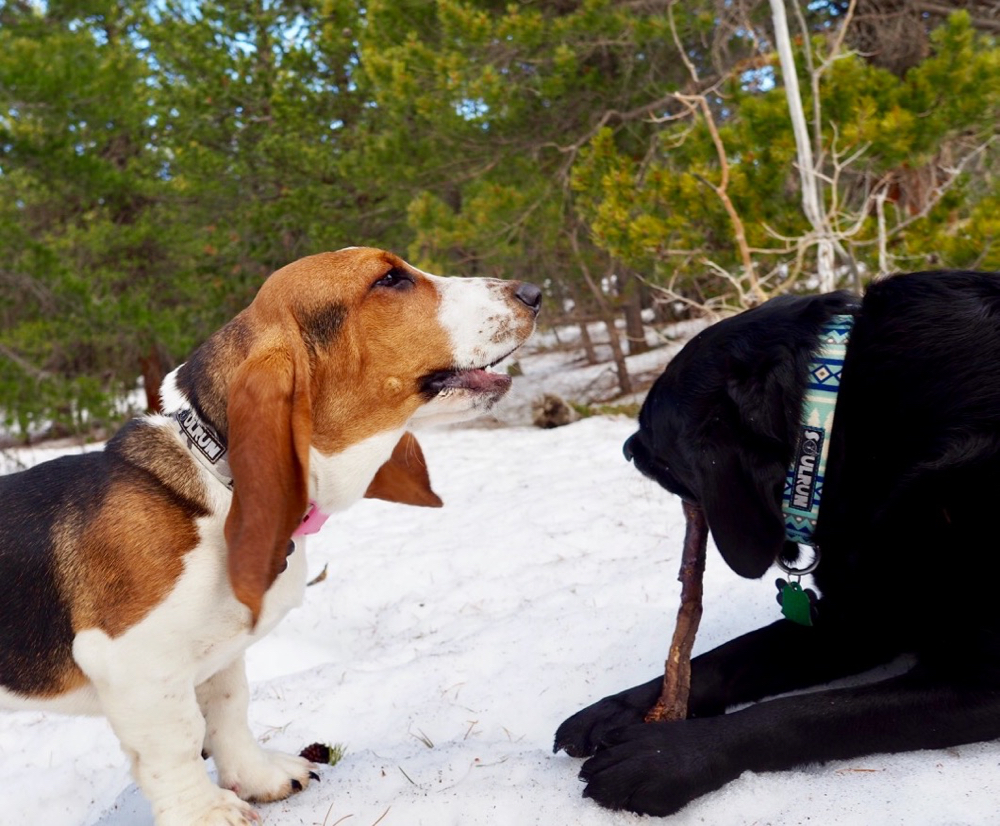 I make the collars out of a very burly webbing with stainless steel welded d-rings and contoured YKK buckles using my industrial bartack machine. They are built to last.

Since the debut of the dog collars I’ve been getting a lot of requests for cat collars too, Buddy will be the first to try one out.:)

I’ll see you soon when you come visit us this Summer!!

So these particular goods aren’t yet on the Soulrun site, but Laura mentioned that if you would like one, just hit her up via the Esty arm of her empire.

In other corners of the mail bag, I received an 11th hour plea from my brother in arms at Dirt Rag Magazine, as well as varying degrees of self loathing, Mr. Watts Dixon from Revolution Cycles. It seems as though his beloved was recently pinched, and though I’ve made a plea to never mention neither the dead or the stolen on this site, I owe him a solid;

Hey man…
Do you mind sharing this on your blog/fb/whatever? I went down to Charlotte this weekend for the Tour de Charlotte to try and kill some of this depression bullshit… and while I was there, my Cysco was stolen. 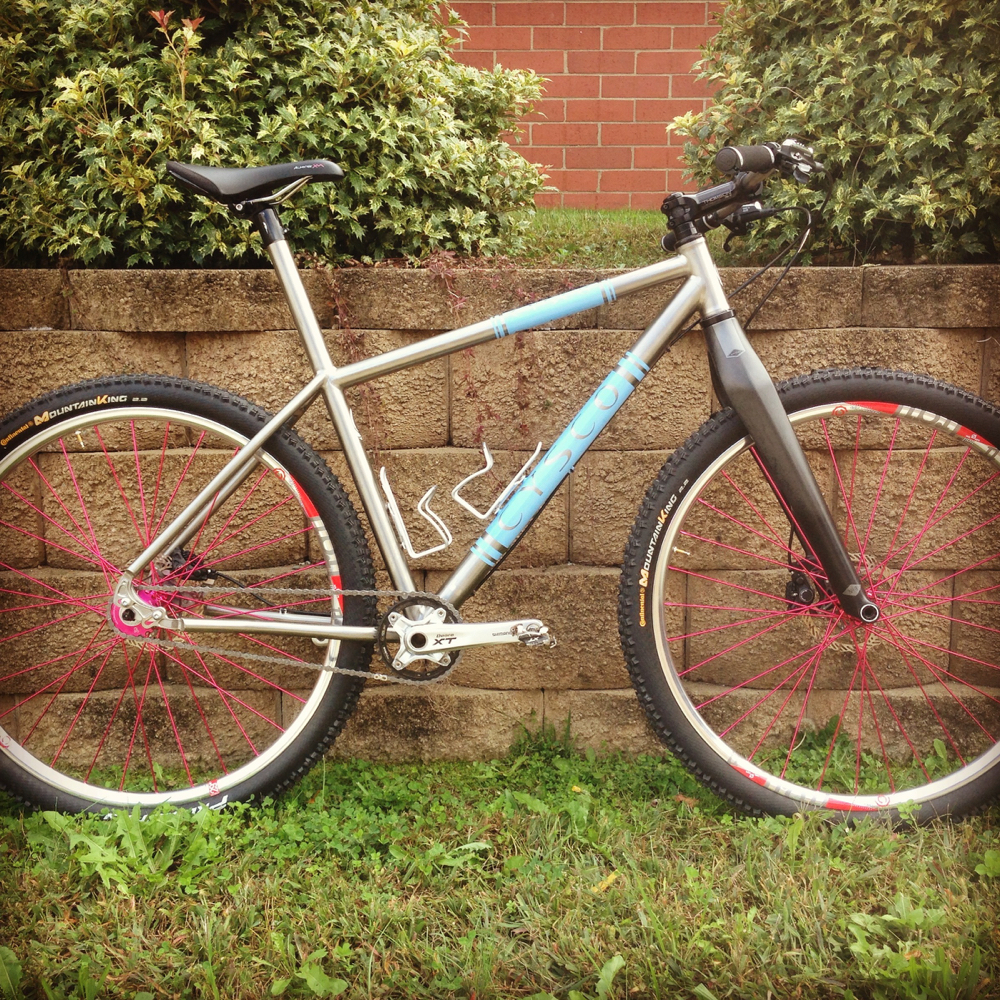 A visible and invisible patina of my blood, sweat and tears.

This is an older picture, so there’s a few detail changes… but this is the bike.

Oof. That is indeed both a gigantically tough and jagged pill to swallow. If by chance any of this dear readership happens to find themselves in the fortunate position to help reunite Watts and his baby, I can personally guarantee that the birds of good fortune will poo on you forever.

*Editor’s note* Apparently the bike’s been recovered, once again proving the old adage that sometimes good things do happen for bad people.

And speaking of bikes, dark places, and specifically my basement (which is pretty much the primary reason today’s post is kinda thin)- I will say that now after having wiped and repeatedly vacuumed away seemingly endless layers of cement dust, (as well as the regular kind of dust) off of every paint brush, pen, bike tool, bike, book, piece of furniture, painting, nut, bolt, googah, and widget, as well as every other conceivable surface, if I never do any of that again it will be too soon.

So after four/plus weeks of this; 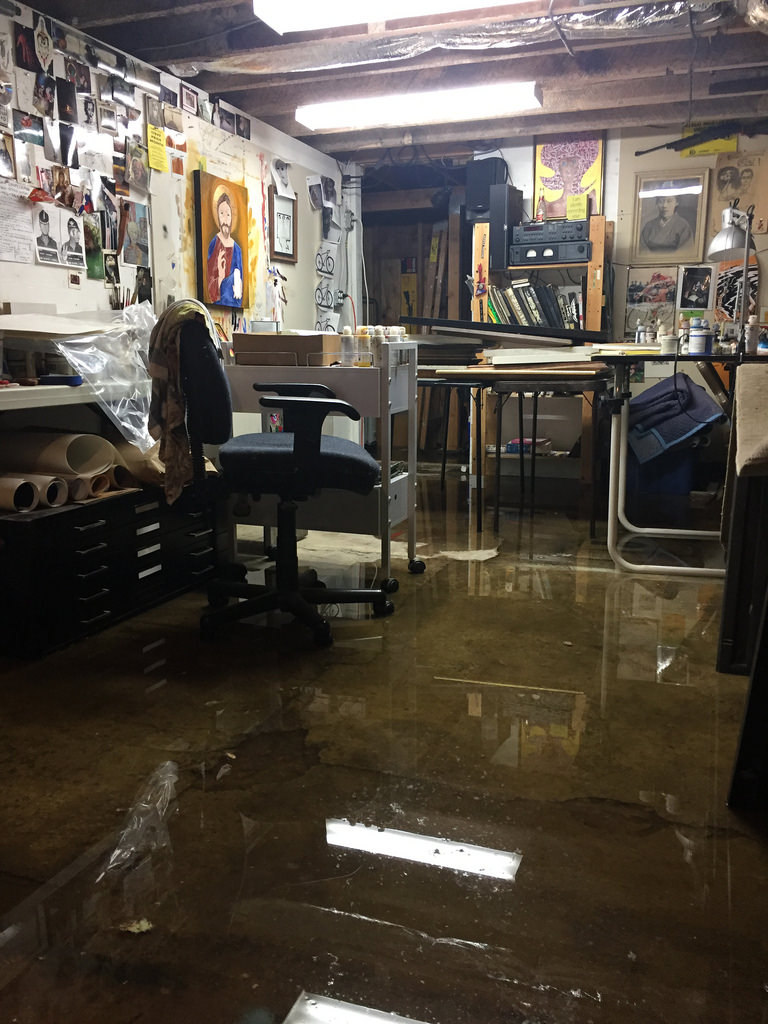 I removed everything and then some in order to achieve this; Which then became this; 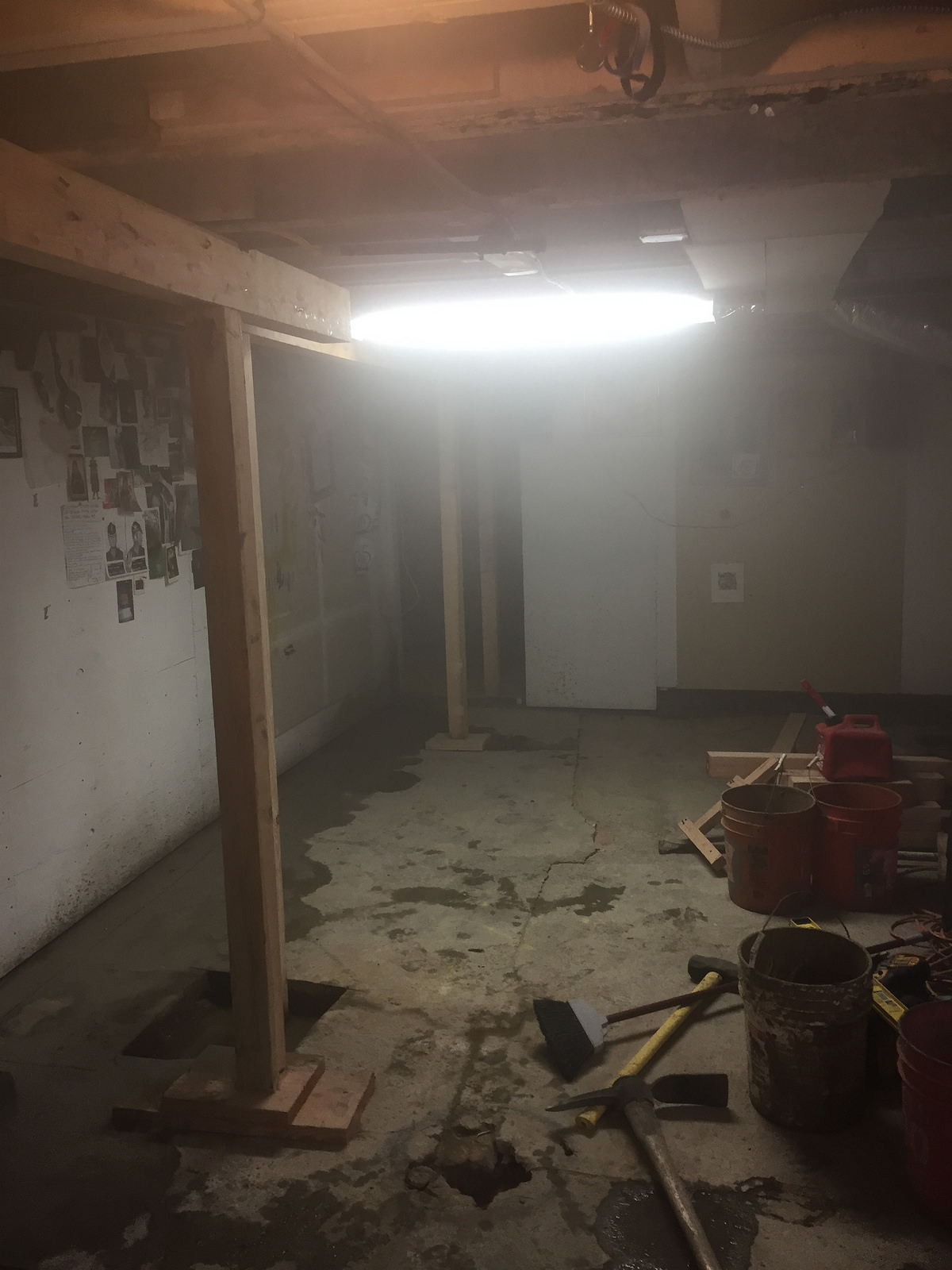 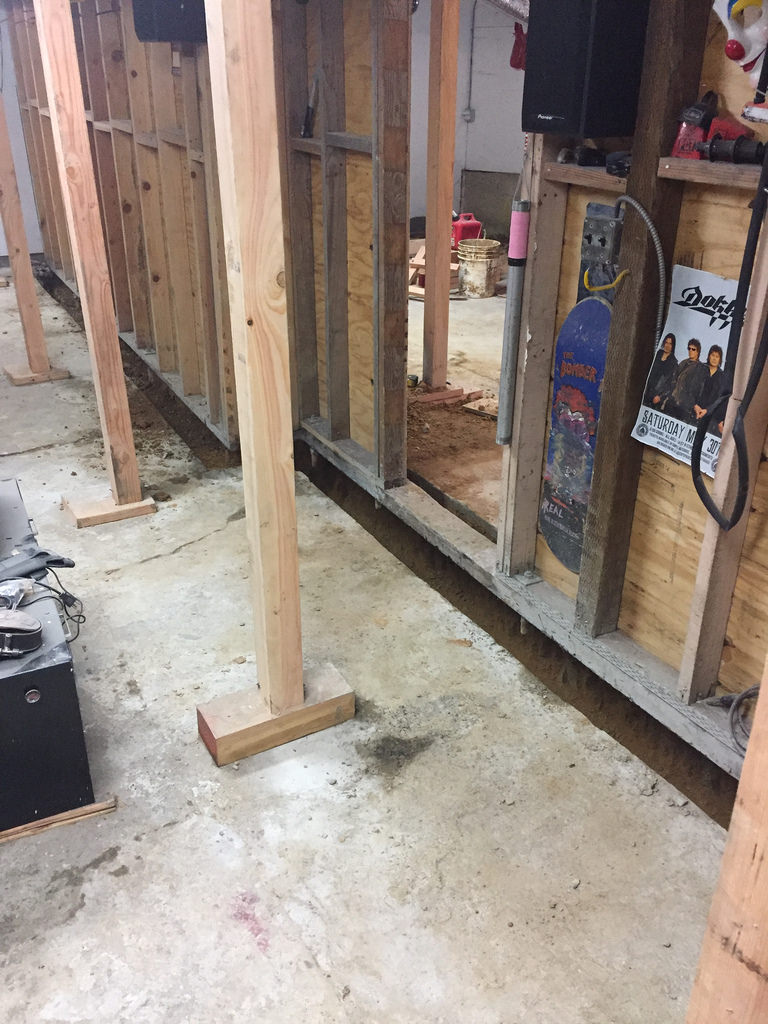 I won’t say that it was the saddest place on earth, but it certainly was no Disneyland, or Sweden.
After days of work, I finally have things coming back to normal; All I have to do is mix some cement, fill the hole in the floor, and I should be pretty much across the finish line.

Likewise, the shop side of things is pretty much at 100% completion; 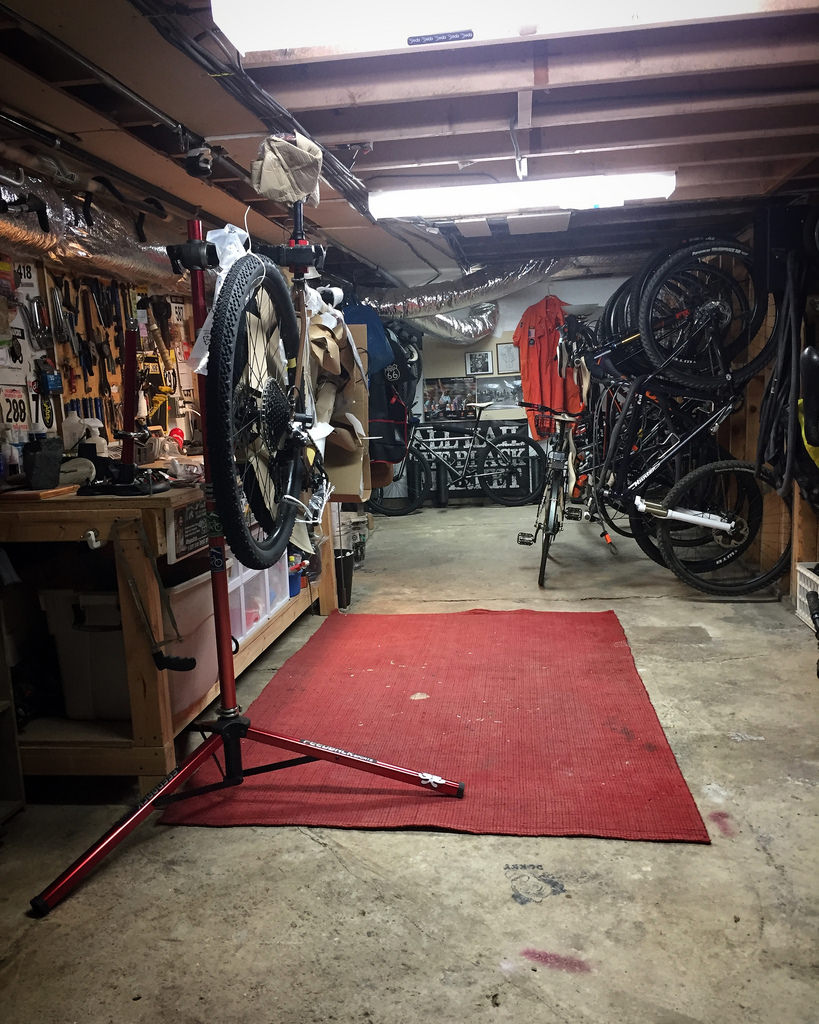 Not only that, but I have a sassy new whip currently in the stand which which to christen my newly reclaimed space; 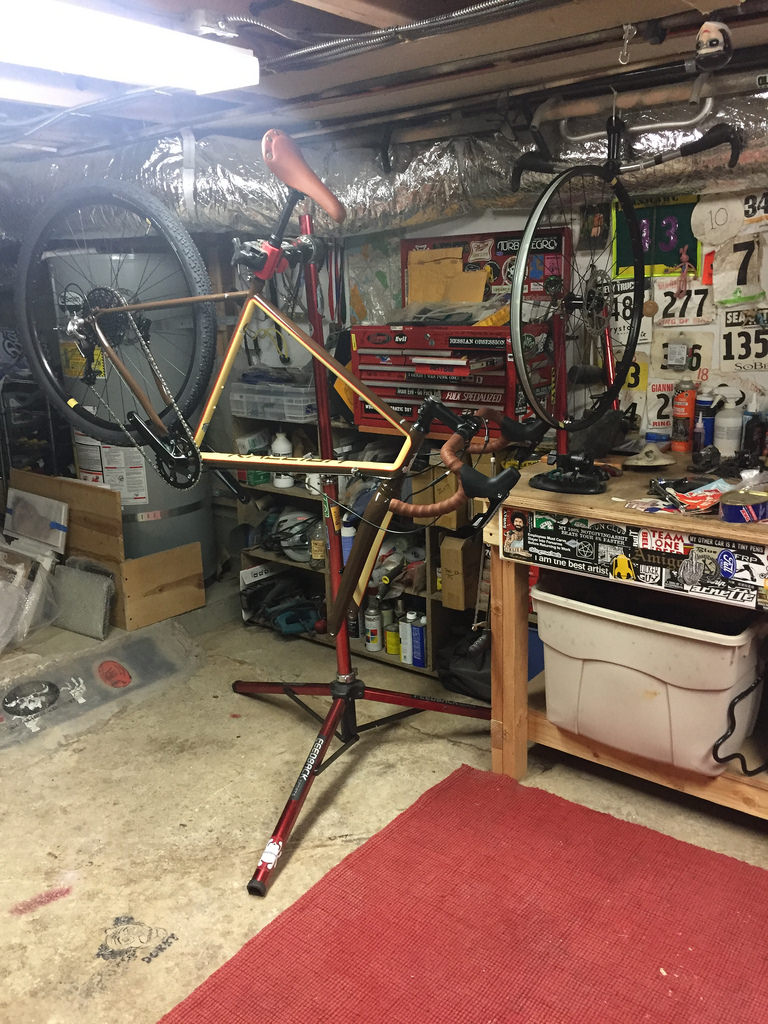 I should have that built up and ready to ride by next post, so we’ll have thoughts about the bike as well as my own personal involvement in the development of it- (if sitting on the sofa for two days, drinking beer and watching episodes of The Fall Guy with Sally counts as product ‘development’).

So for these many weeks of stops, starts, and complete immersion in the chaos of life as opposed to the chaos of this site, I appologize.

And being one who flunked out of the Cub Scouts, my word is my bond.

6 Responses to “Scout’s honor, or whatever.”