In all honesty, I thought after Wednesday’s post I was off the hook for the weekend due to the fact I had absolutely no idea what day it is.

This time I’m headed to Chico and the home of Paul Component Engineering for the annual Paul Camp.

I didn’t go last year, as I buggered off to Portland, so instead I went a week ahead of time and had fun with Paul and his wife Marley, the most important moment of which was standing by and cheering Paul on after he broke a chain; Anyway, I don’t really know what I’ll be doing there, or how long I’ll be there for.

For one week a year, Chico is just about one of the nicest places you’d ever want to be.

The other 51 are a crap shoot. And as for the mountain biking, as Robert Ives once famously muttered as we humped ourselves over jagged lava rocks under a blistering sun, “if Chico was the first place I’d ever ridden a mountain bike, I would have never ridden one again.”

I suppose it’s entirely possible I just shine the whole thing and spend two days sitting in the creek.

Time will tell, and in light of he fact that I’m my own boss of me, technically, I don’t have to do jack shit.

One thing I do feel inclined to do at this juncture of the day is discuss a little bit of cool product I have in the hopper that is ready, or almost ready for your consumption, if you care to do so.

The first is a notification is that I was able to sweet talk Corndog from Dank Bags into a second run of the stuntman cüzies; Though these might not look it, they are an absolute pain in the ass to make. Besides the four panels in the main body of the piece, the thread he uses to sew the patches on has to be changed several times so as to match the background of the patch body.

Of course when I first asked Cory to make these, I didn’t take all of that into consideration, primarily because I can’t operate a sewing machine to save my life.

He talked me down from an initial run from fifty to twenty, and sent the remaining patches back.

After selling the entirety of the cüzies I had on hand in right around twelve minutes, I hit him again and asked if he’d make at least twenty more, to which he reluctantly and begrudgingly agreed.

So, that’s all a long way of saying that one of these days here soonish or so, I’ll have an additional twenty stunt cüzies on hand, and after that both they, as well as potentially Cory’s and my relationship will be gone forever.

In the meantime however, I have these fantastically superior stickers that were made for me by Sticker Robot; 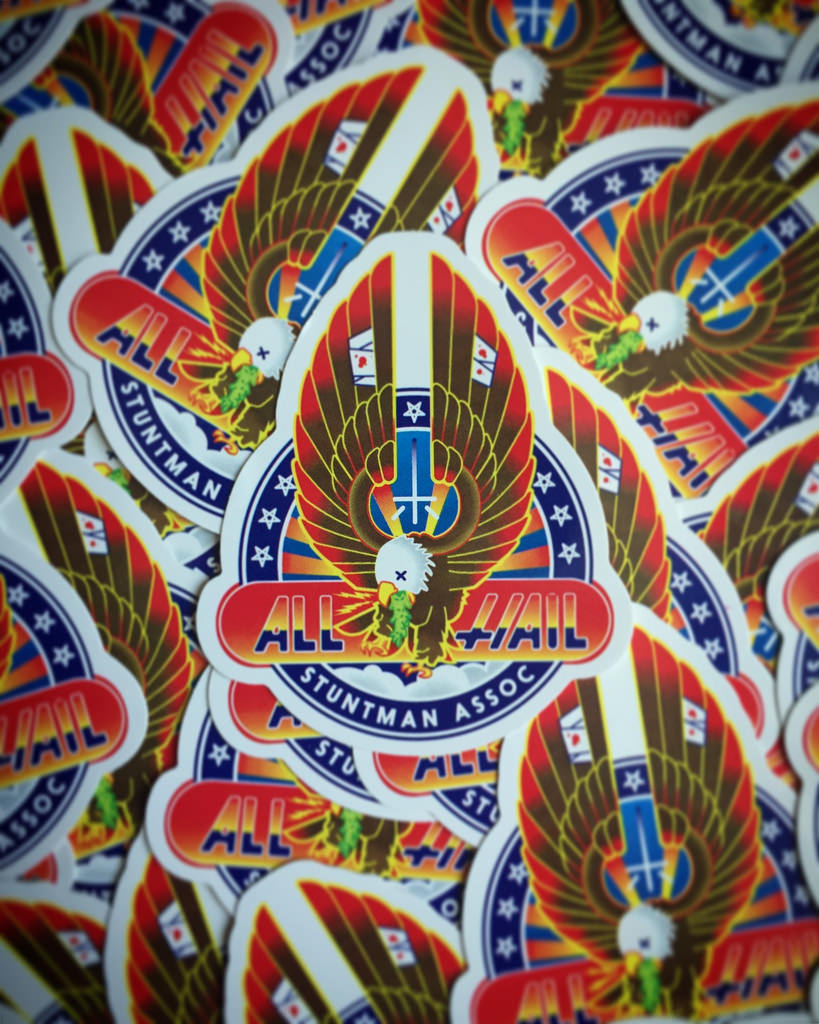 They work well on headtubes; 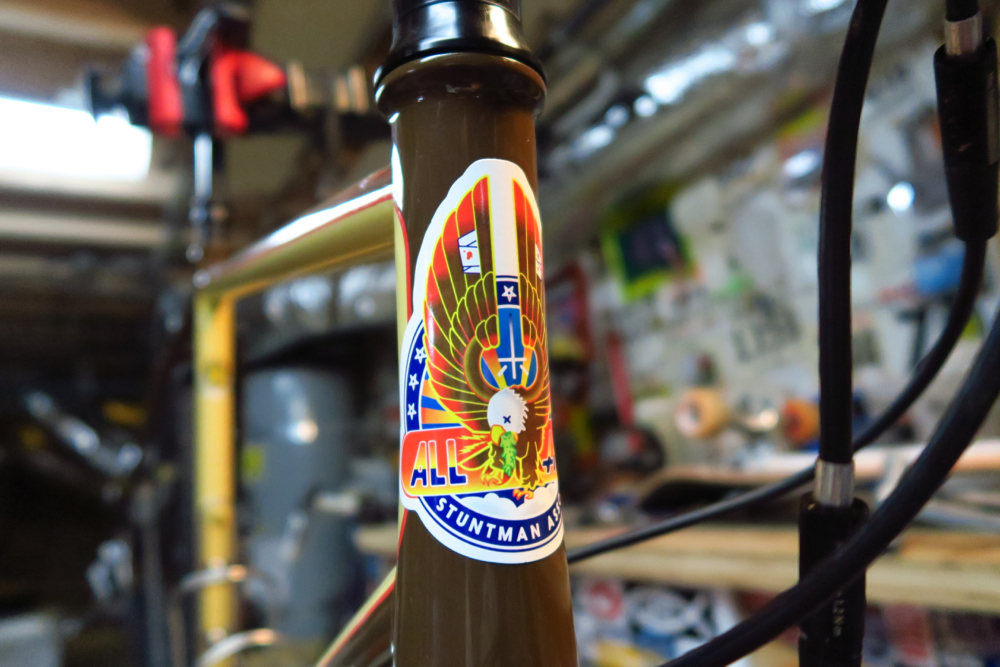 If you’d like one or several of your own, alls you gotta do is throw yourselves down this stairway right here.

Having said that, I suppose it would be an appropriate time to discuss an update of an imprint we’ve all grown to know and love over the years. Back in 1989 my old high school chum Dave came up with the Pentabike logo; 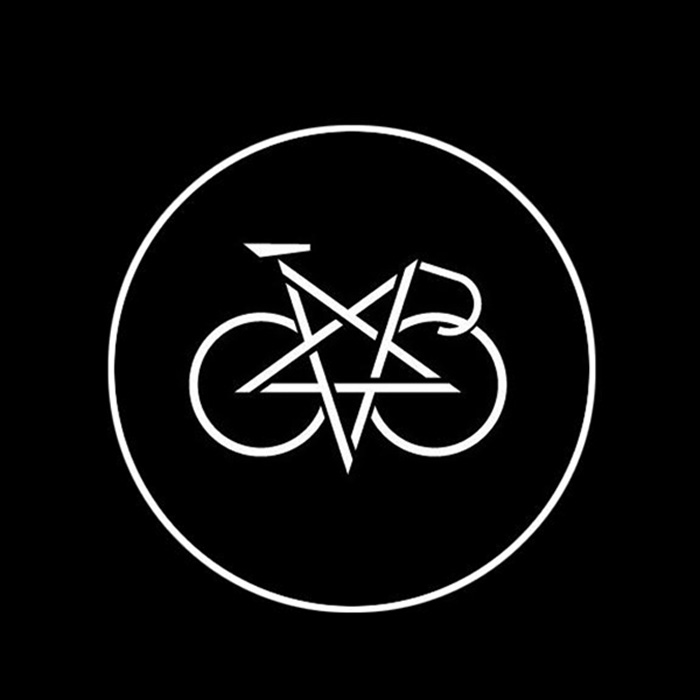 If you’d like, a fairly complete overview of the design’s history can be found here.

Anyway, after slugging it out as a business owner, as well maintaining both a day job and a family, he finally had enough and recently passed the reins off to a like-minded individual named Don out in Tulsa who’s taken the ball and run with it; If you’d like to possess some Pentabike goods for yourself, take a look at their revamped website, and keep your eyes peeled, as new merch will be added in the coming months.

From all of us at All Hail The Black Market (pretty much Buddy the shabby tabby and myself), we wish Don well in his new venture, and hope that when he’s on his rocket ride to success, he remembers us little people.

Moving on from topics relating to bikes and bike things, to those relating to tools with which to work on them… Did you happen to read my recap of this years Sea Otter Classic, A Celebration Of The Bicycle®™©?

Well, if you did, then you remember meeting this guy; As I noted back then, this is Jason who is the CEO, CFO, PAK (primary ass kicker) and Big Boss at a company called Abbey Bike Tools based in Bend, Oregon.

I suppose that introduction was well timed, as he has made his way to San Francisco where he will be conducting a Q&A this very evening at Mission Workshop; 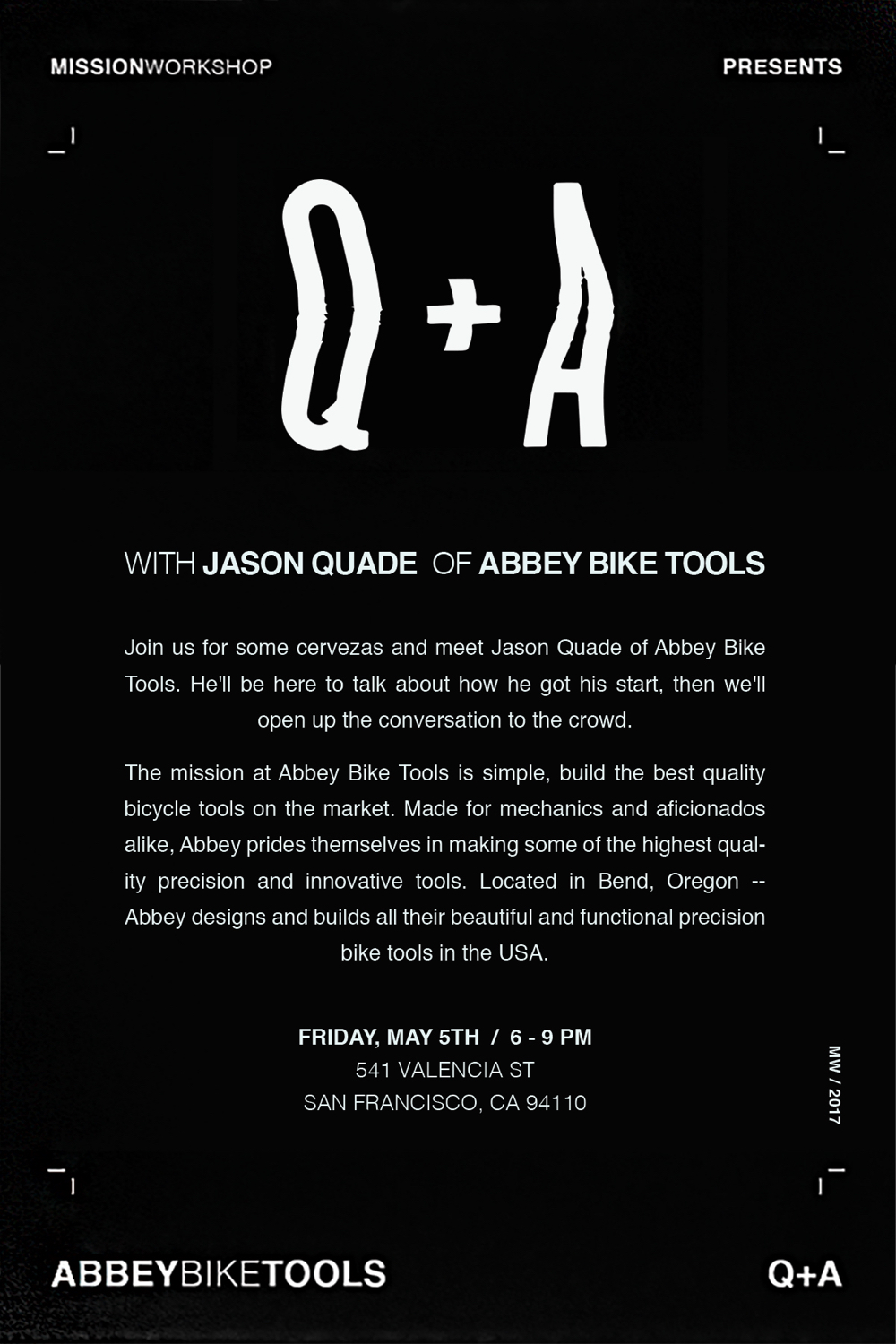 Would you like to pick Jason’s big brain about what makes the Abbey machine go, or be that one person at every lecture who talks a lot in an attempt at convincing everyone that they are actually the smartest person in the room?

If you’d like to do the former, then I encourage you to go. If you’re the latter, then I’d suggest you stay home and chew gum.

So it with that I bid you adieu, and relinquish my post until Friday the twelfth when I will return with tales of lava rocks, machined parts, shop cats and sweating my balls off.

2 Responses to “Prepare to sit a spell.”