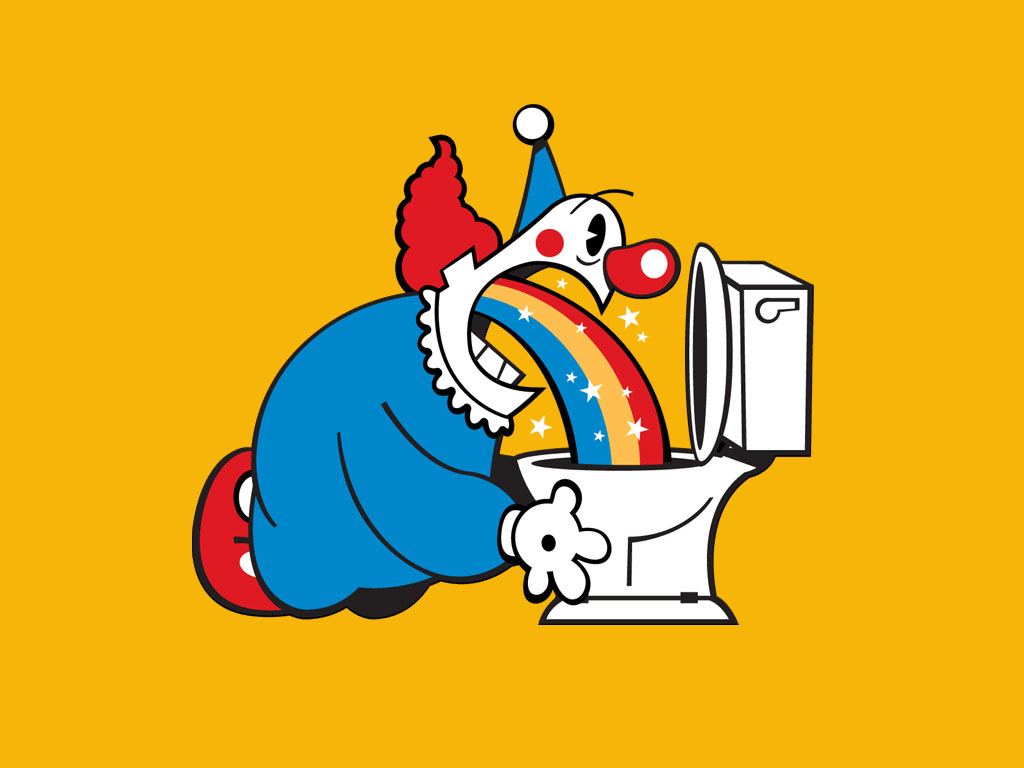 Due to the fact that I’ve spent more time on the road recently than standing at my computer machine wringing out banal content these last couple of weeks, I have a little bit of catching up to do with odds and ends that have been sitting in the queue.

So as to not waste any more of your life with excuses, there’s no time like the present to get cracking.

Firstly, in most parts of the bikecycling world, now is getting to be the time in which we all begin making up for the winter doldrums, and getting out to see and have adventurie types of times.

Why, the brand news issue of Dirt Rag even has features details just such a thing; 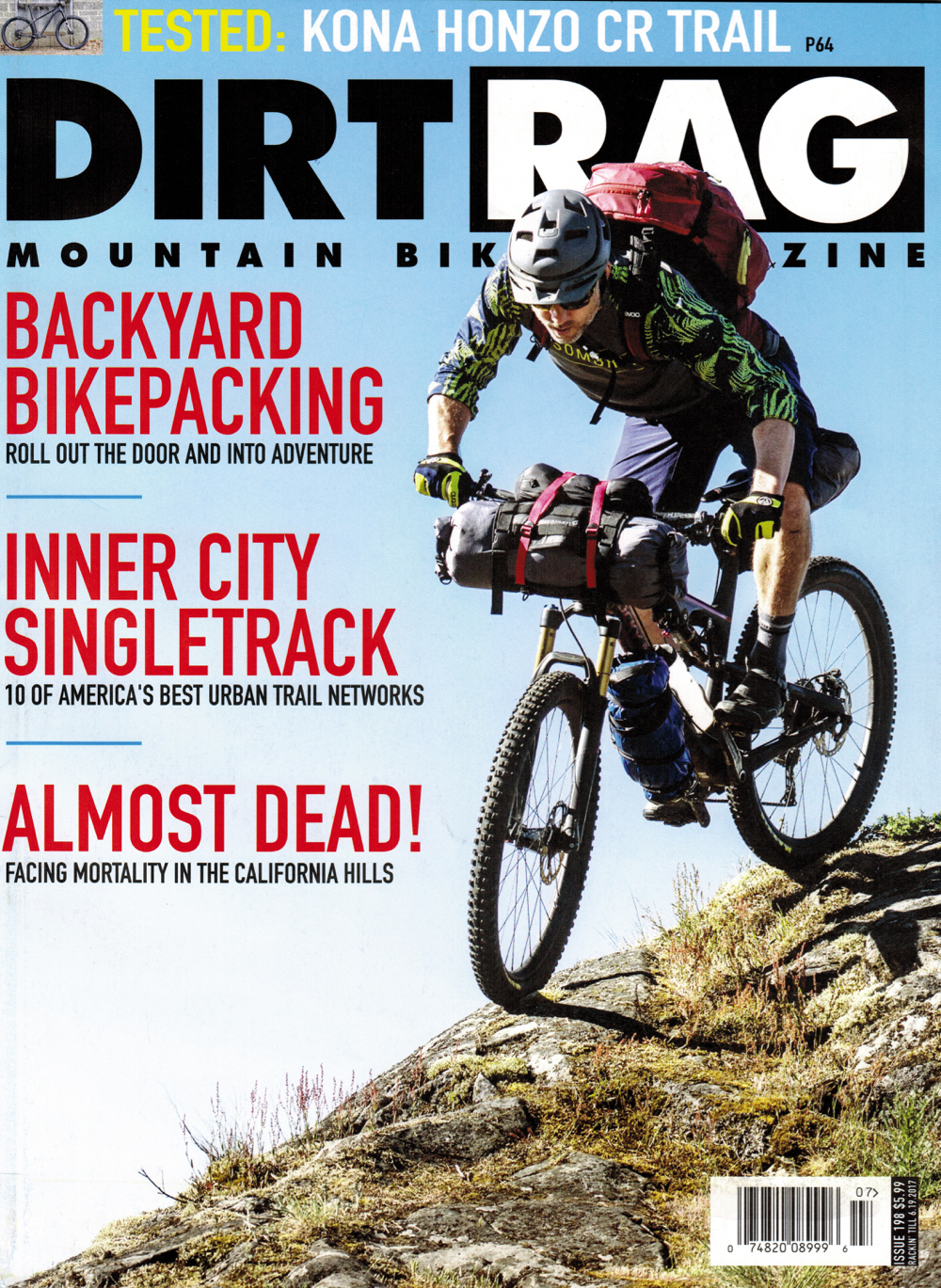 So it was well timed, and thanks to Max that I should come across this piece featuring photographs by Jordan Haggard Clark, that I whole heartedly support; As I get older, and find that I have less bandwidth with which to take off for extended periods into parts unknown, I’m a real big fan of the concept of getting lost in one’s own backyard.

Provided one has a backyard that’s big enough to do such a thing that is.

Ironically, in that very same issue of Dirt Rag, there is also (as the cover indicates) a guide to urban trail networks.

It’s as if a whole serving of peanut butter and chocolate were created just for me.

In other realms of bad people having good times, it was through Dylan (who also served as one of the conspirators in this year’s SSCXWC debacle), I came to learn of Mettle Cycling and their recap of very nearly the whole race; 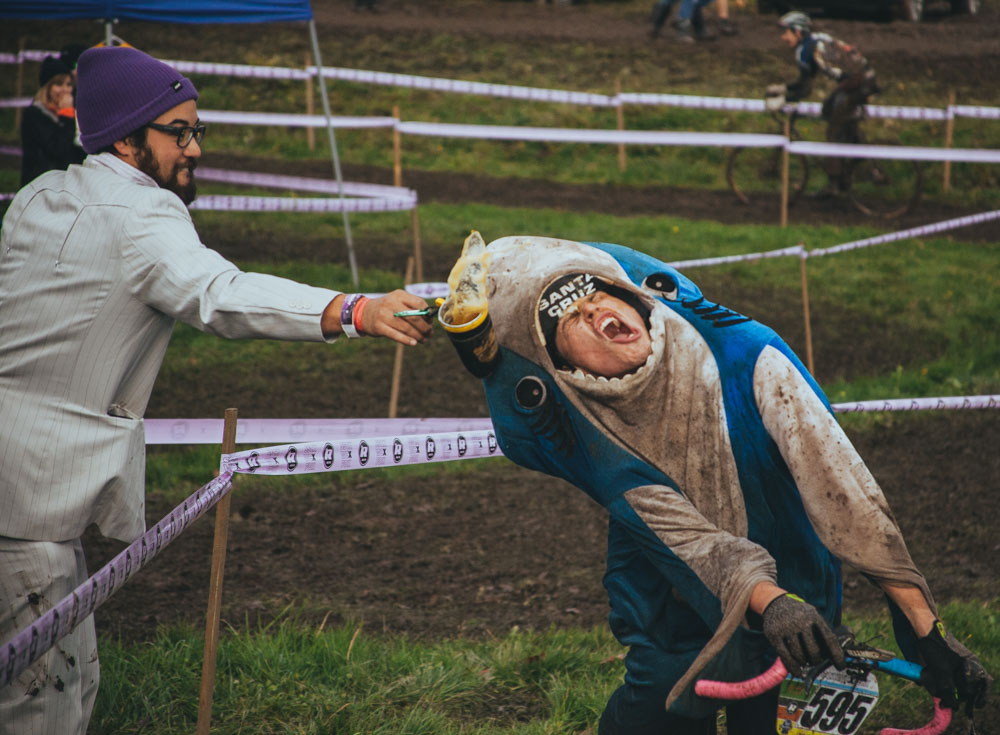 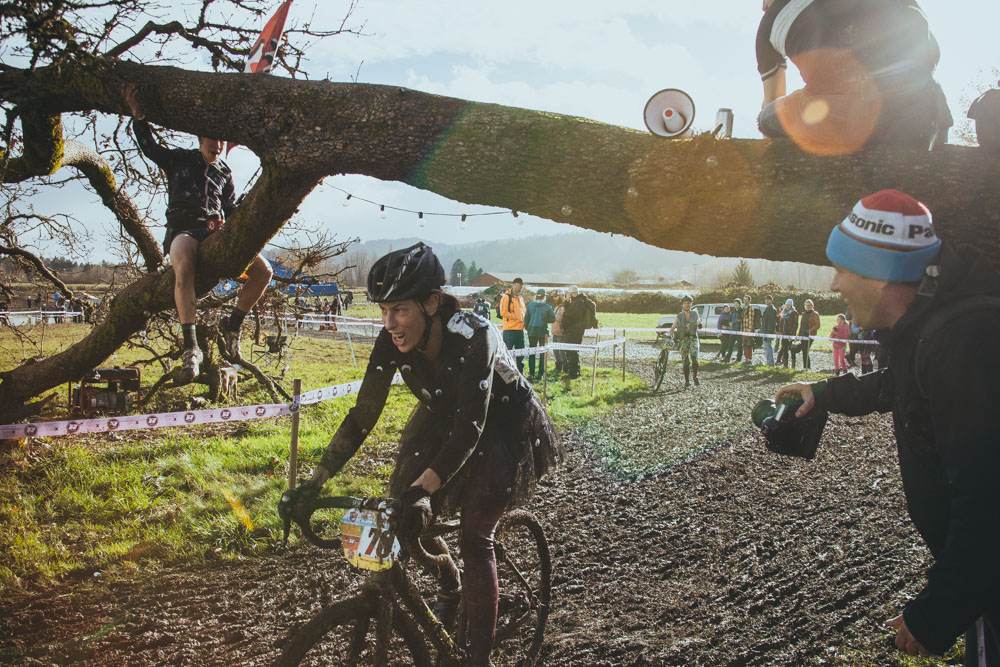 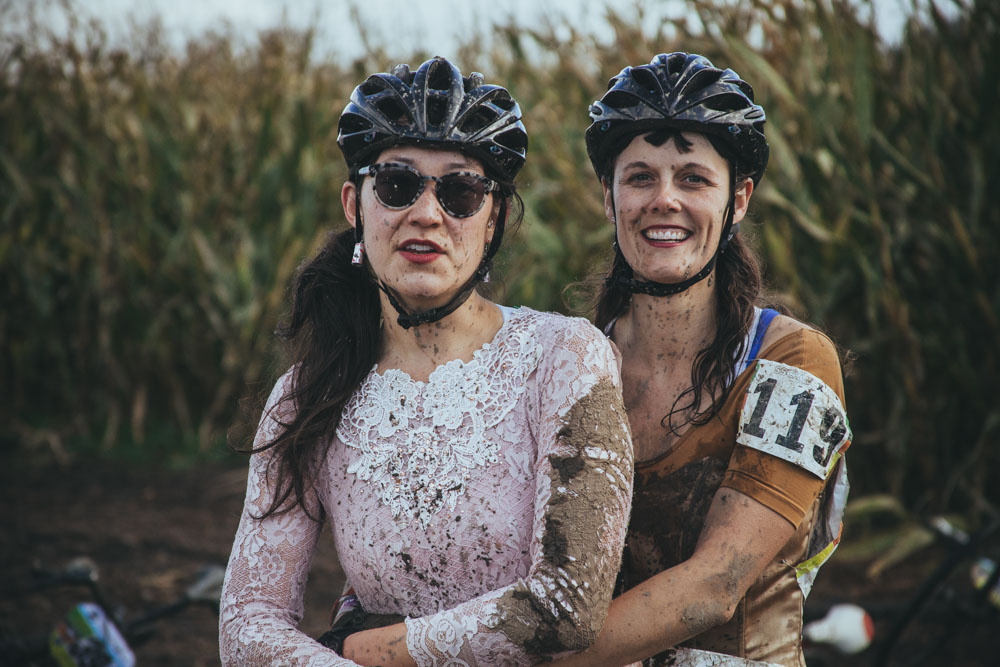 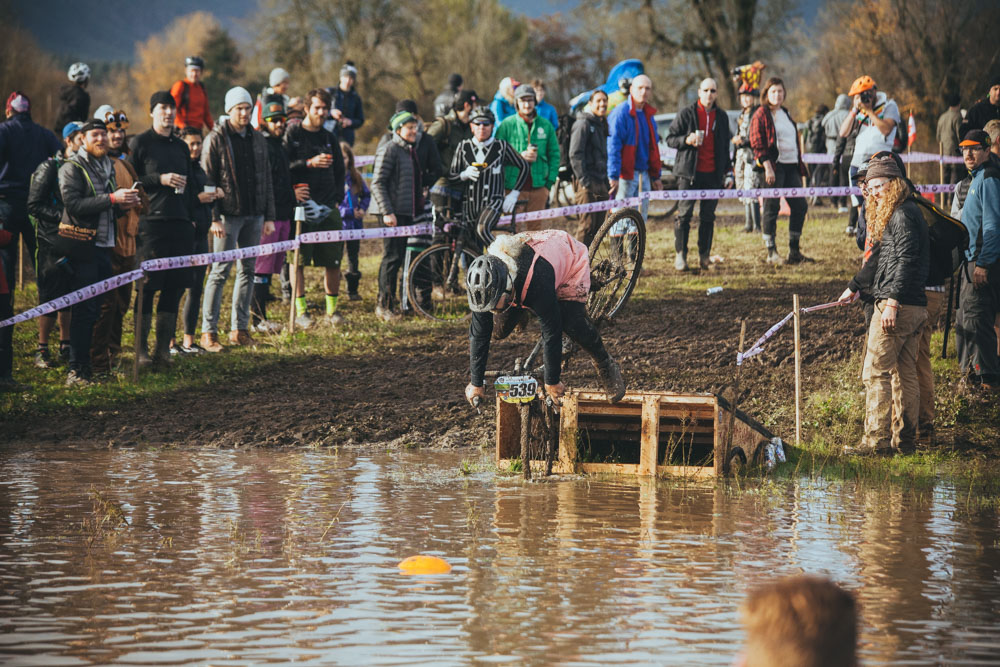 I think that’s more or less how it went down.

I mean, of the parts I remember at all, I guess.

I would like thank Mettle for having the mettle to show their mettle, so the rest of us can simply relive the carnage through grimaces and squinty gazes.

Though it has nothing to do with bikecycle related hijinx/regret, for those who’ve paid attention here with any level of regularity, you might recall this post, and this post in which I detailed two separate installations we worked on featuring the fine photographic work of Lincoln ex-pat Bernie McGinn; 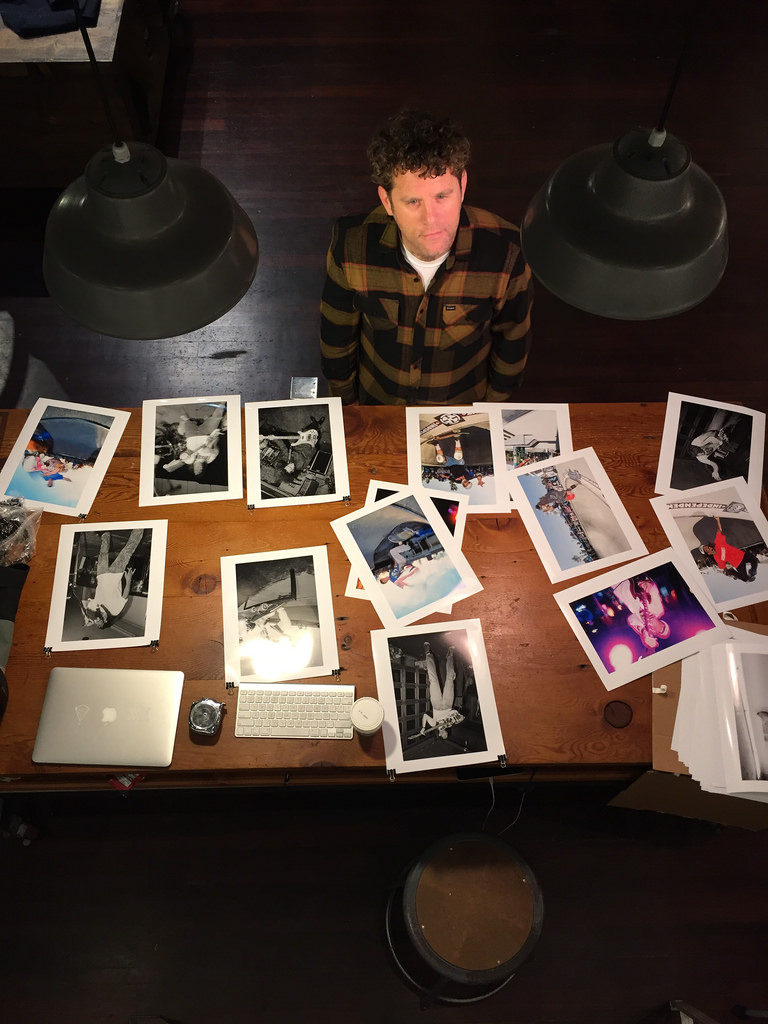 Well, it would seem as though all of our hollering about his work didn’t fall on deaf ears, as while poking around the interwebs not so very long ago, I came to find that Juxtapose Magazine ran a feature on the old bean.

This just goes to show that if you work in relative obscurity for twenty to thirty years, sometimes the right people will eventually take notice.

If that logic holds true, and assuming humanity hasn’t snuffed ourselves out by then, this means the All Hail The Black Market web project will finally take off sometime around 2039.

Hold on to your hats, because when my rocket ride to the stars takes off, I’m bringing all of you with me.

Now, because I haven’t done it in a while, I have a few bits and pieces from the mail bag, starting with one from Mike of the Brothers Banjo;

Hope your trench work has come to a happy conclusion.

Wanted to share a couple things. Hope to be back with ads later this spring.

Wanted to see if you would use one of our new large seat packs if I shot one your way and I was wondering if these scrabble words are legal; 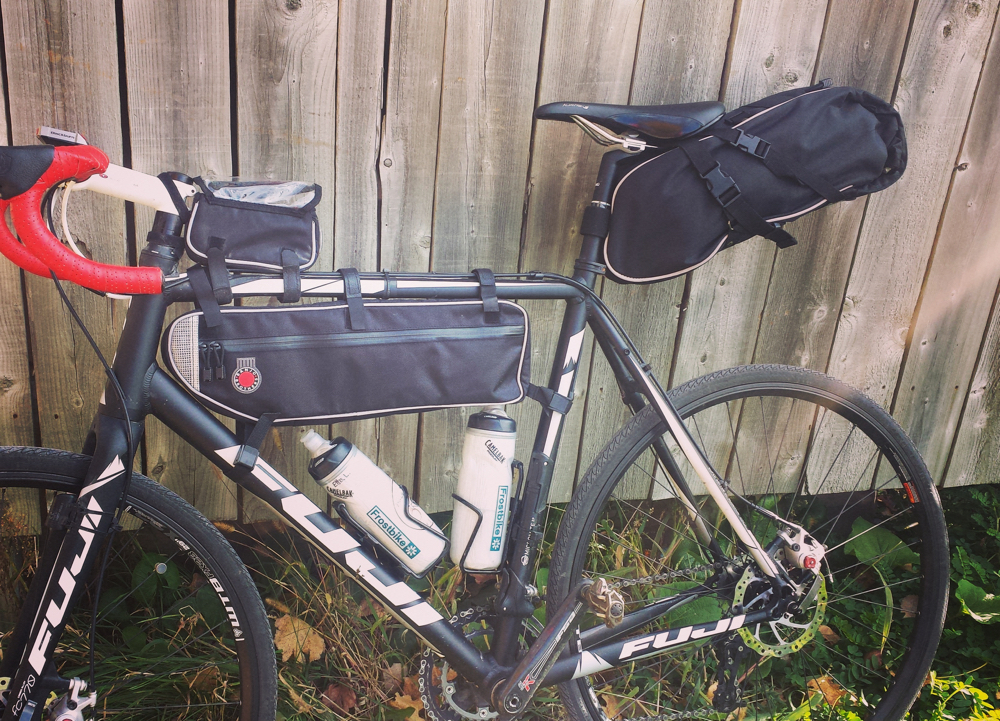 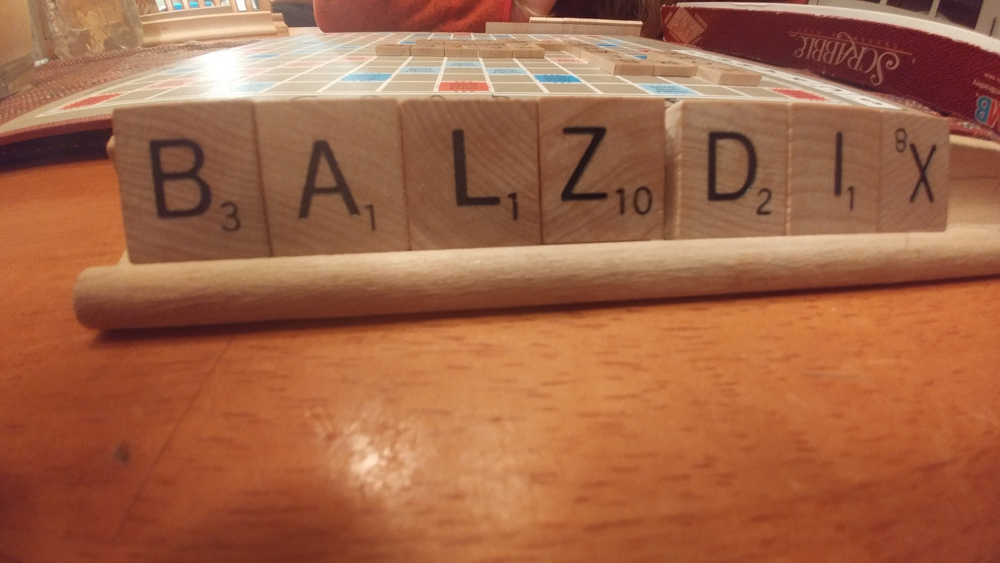 I can’t remember if I replied to his email… I’m pretty sure I did, but it seems as if I can’t keep on top of jack shit these days.

If not my answer would have most likely been yes, and yes.

Oh, and would you get a load of that seat bag? Jesus. If I had one of those, I’d never go anywhere without one of these; 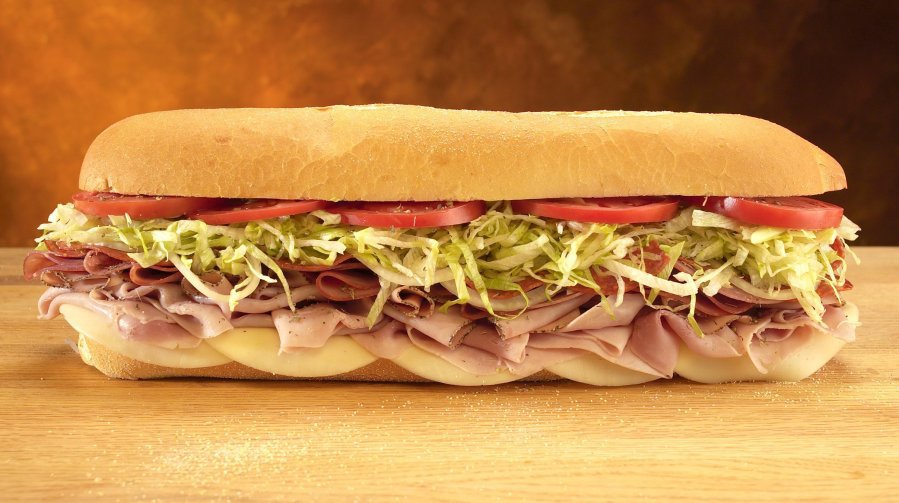 And since Mike brought up advertising, I would be remiss not to mention the newest resident in the Maximo Supremo list of advertisers- The both wildly talented and good looking Feedback Sports has made the leap.

It would seem the monthly bouquets of flowers I’ve been sending them for the last two years finally paid off.

If you’re in the market for a tool kit, or work stand; 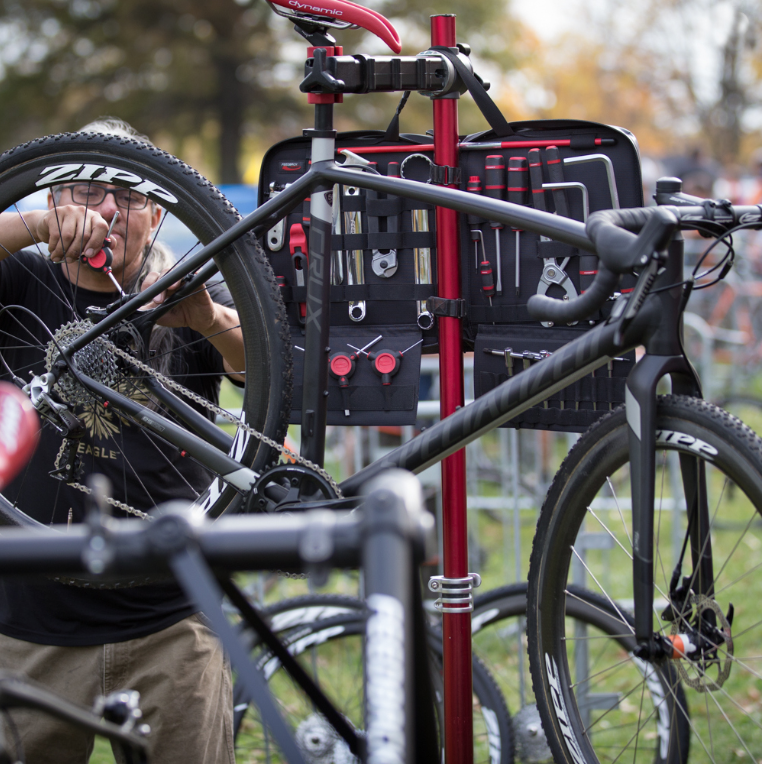 –some rollers, or you’d simply just feel like crank calling someone, give them a shout, and don’t neglect to mention I sent you.

Finally, from Greg of Donkelope Bikes I got word that the nutters up there (or over there, depending on your current geographic location) in Bellingham, Washington are set to host this year’s SSUSA, on which he elaborated on like so;

Sally gave me your email. I’m greg, I’m on HODALA! and build donkelope bikes. I feel like we’ve probably hazily met at one or more of the SSCXWC.

I’m also hosting Single Speed USA in Bellingham this summer. Brad Oppedal said I should send you this info to help get the word out; 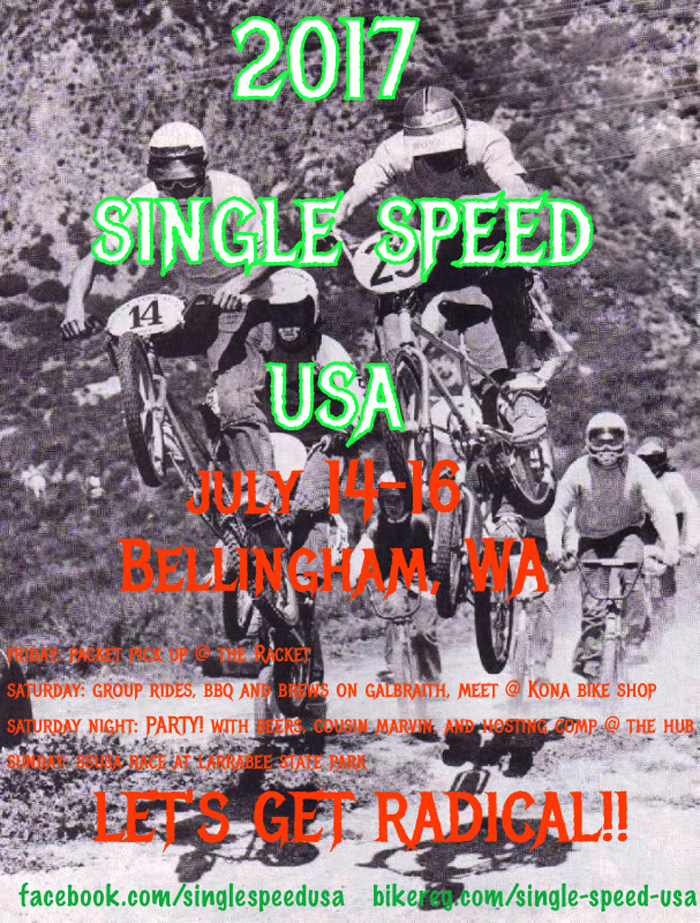 It’s going to be a pretty rad weekend. It all starts friday July 14, and goes all weekend. With the actual “race” on sunday. Here’s the link for registration. Let me know if want more info or anything. I heard you might be heading up to Seattle for Wizard Staff day. I might see ya there!

Between a race that’s still two and a half months away, and Wizard Staff Day which according to my vague estimation is still just over six weeks away, it’s clear that Greg lives in the future.

Though sometimes train wrecks take a little bit of scheduling. If by chance going and riding a one speed mountain bike while drinking beer in fern groves with friends sounds like a thing that would interest you, register for the race, or just book a flight to Bellingham that weekend and wander around until you see an assortment of likeminded derels.

Chances are better than good that at some point during your time there, there will be ample opportunities to barf rainbows a’plenty.