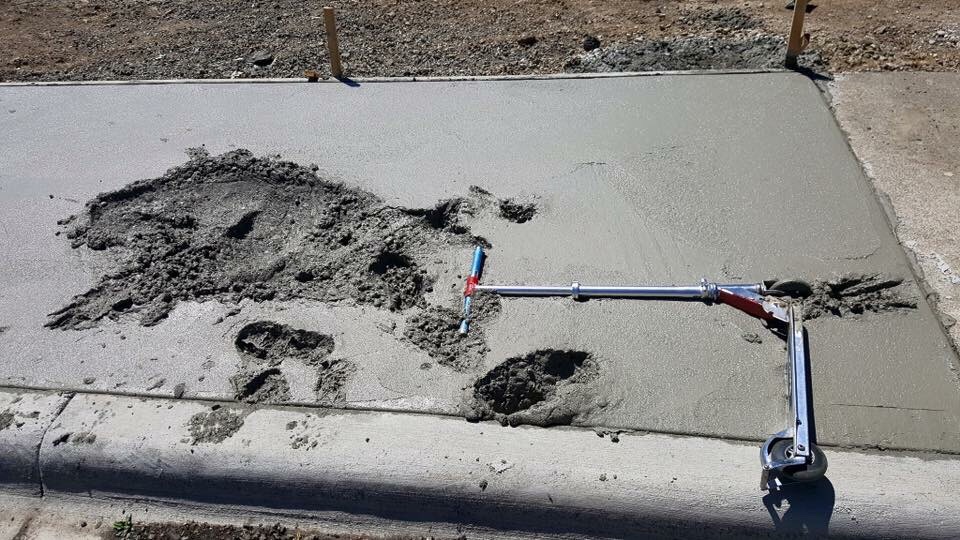 You ever wake up with at least one bright eye and a partly bushy tail with plans to take on the world, but then with every move you make find yourself rapidly sinking into the quicksand, or as the case was made up top there- the cement?

Me neither, except some days, and especially on Monday.

I’ll tell you what… I couldn’t have gotten out of my own way if I’d been on rocket skates, and it all started and ended with that goddamned fork swap I mentioned in that day’s post.

Now, anybody who has even marginal mechanical understanding can dig what I am attempting there. All I gotta do is remove the rigid fork, replace it with the suspension fork and be on my merry way.

However, since the brake line runs through the Stuntman’s stock fork, you gotta just disconnect the coupler; -Which would be easy if I had a 6mm open end wrench, which I didn’t. Since my computer printer had given up the ghost the night before, I was out and about dealing with that, and swung by a hardware store to grab one.

Finally back at home, I set about completing my task, which was stymied by the fact that the gorillas at the factory tightened the coupler to the point I was unable to disconnect it, and with one final ditch effort ended up just rounding out the aluminum fitting. “No problem” I thought. “I’ll just disconnect the compression nut and back it out that way, top off the caliper with additional fluid, and reconnect it before anyone’s the wiser.” Except the compression nut wouldn’t fit through the port in the rigid fork’s leg, so I cut the bottom 1/4 inch off the line, carefully backed it out of the fork leg, and upon reconnecting it to the caliper, topped it off with mineral oil, and finally threaded the compression nut back in to the proper torque specs.

Then, upon pulling the brake hood back, I noted that these units actually take DOT 5.1 fluid, and not mineral oil, which means I basically just dropped a mighty turd into the drinking water. My best option at this point was to flush the line with DOT 5.1 as quickly as possible, which was my intention, until I realized I’d just flushed it with DOT 4.

None of this occurred to me however until I came to the conclusion that because the suspension fork length is slightly longer than the stock fork, the existing brake line wasn’t long enough anyway, leaving the only option being to replace the entire brake line and re-bleed it one more time with DOT 5.1, which would have been ok, if I’d actually had any additional brake line.

At this stage, because I have probably destroyed the seals with the mineral oil, I’m left with a hulking albatross in my shop; 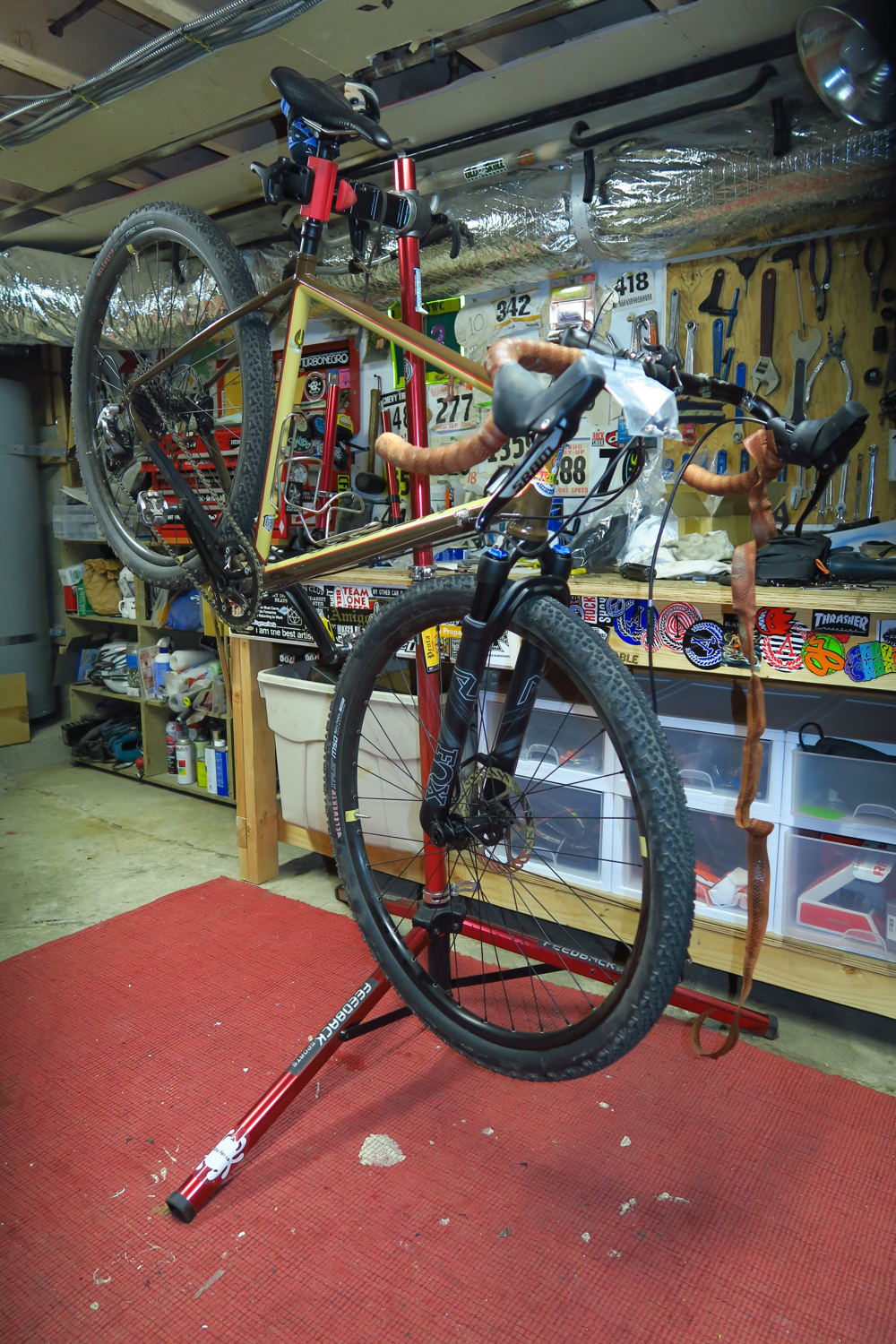 Besides all of this, just now as I typed these words realized the fatty 50cm Clement tires don’t fit under the brake bridge anyway; 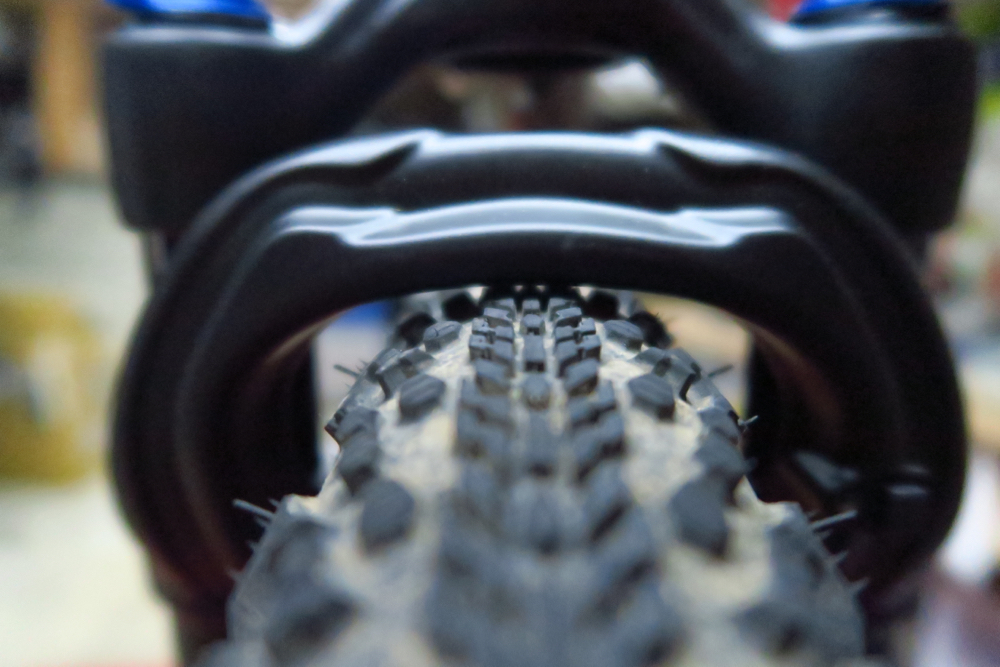 I missed the fine print that stated they max out at 40cc.

“Other than that Mrs. Lincoln, how was the play?”

Luckily I had one of them Bruce Gordon tires kicking about which I was able to throw on, and begin to right the ship; 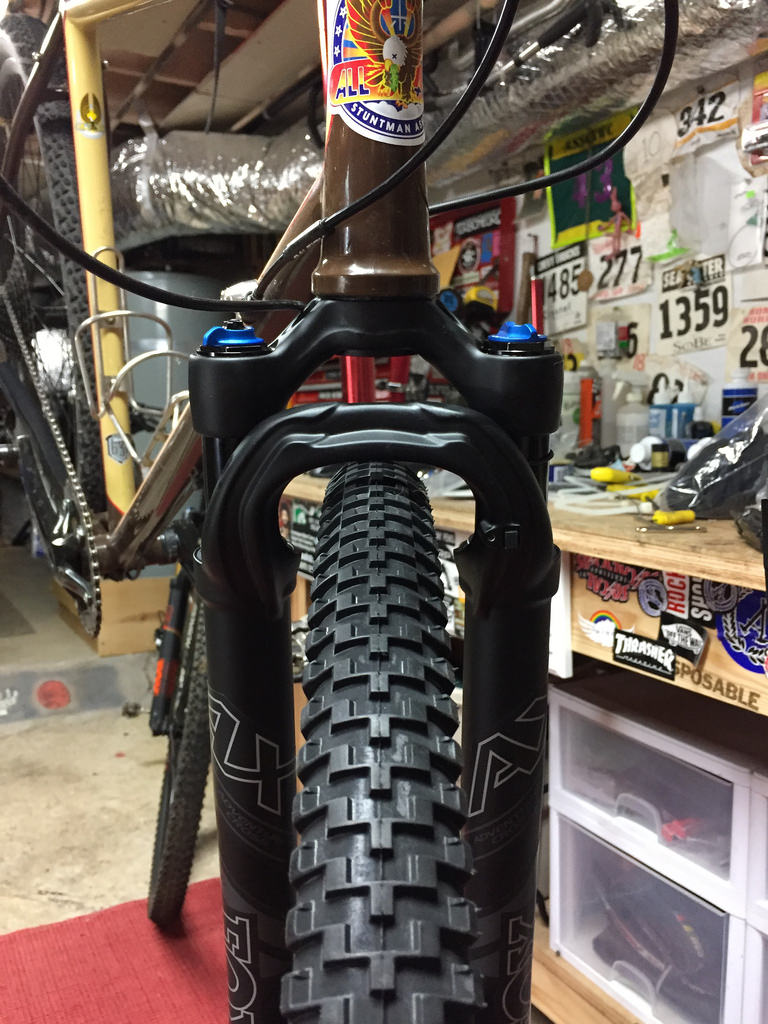 Alas, I only had one in my tire bag, so I had bite the bullet and order an extra, because besides socks, shirt/underwear patterns, and my life, I hate mismatched stuff.

The entire process brings to mind visions of setting my shirt cuff on fire, and first attempting to douse it with kerosene, then propane, and then gasoline.

I’ll get this thing buttoned up at some point, but sure as I’m standing here on two feet, it ain’t gonna be today.

Sometimes you just have one of those days when no matter what you do, or how hard you struggle, you just seem to sink faster.

A bright spot/case in point was receiving four new sticker designs, three of which are up in the store now; 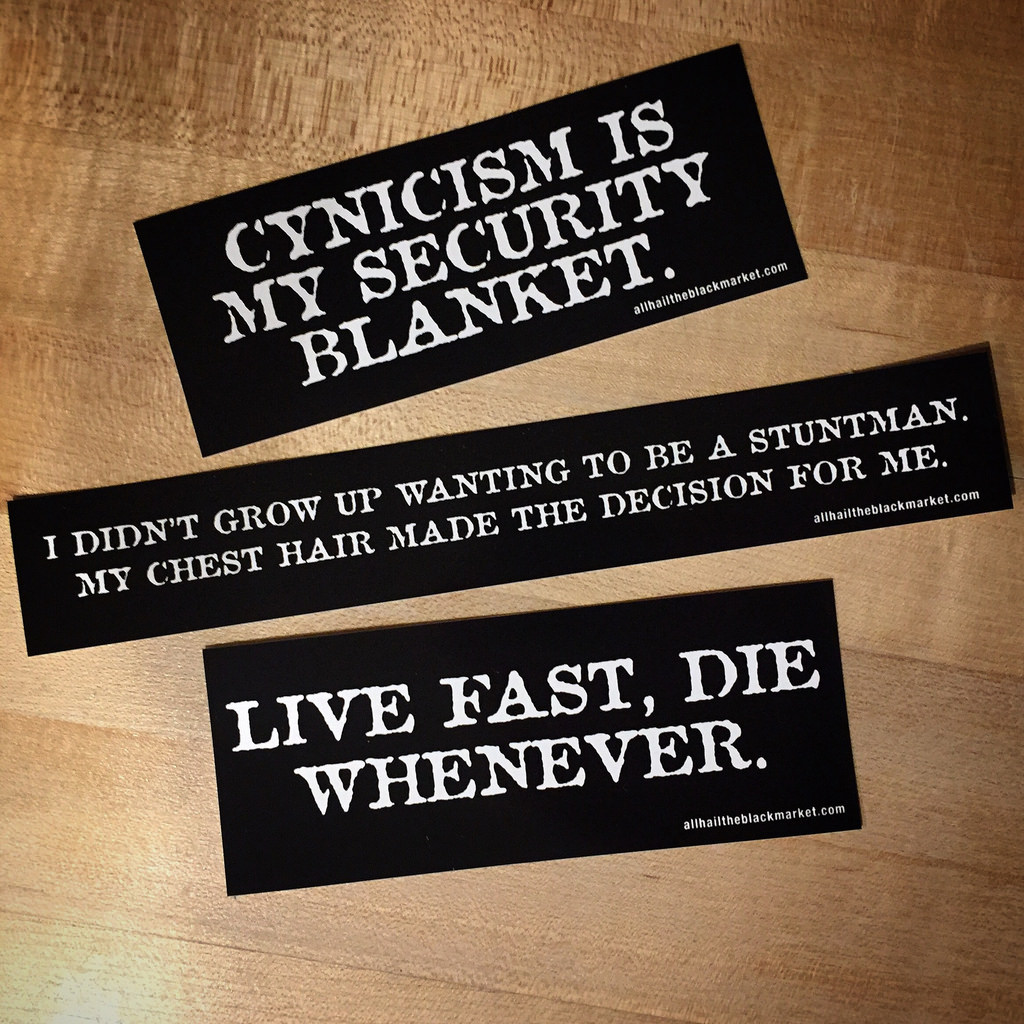 It was after emailing my buddy who does the illustrator files for me, and after he sent the files back, and after I sent them to Sticker Guy, and after I opened the box, and after I made a scan of them, and after I put them up in the store, and after I took a photo of them to post on Instagram was when I finally realized I’d misspelled ‘too’; 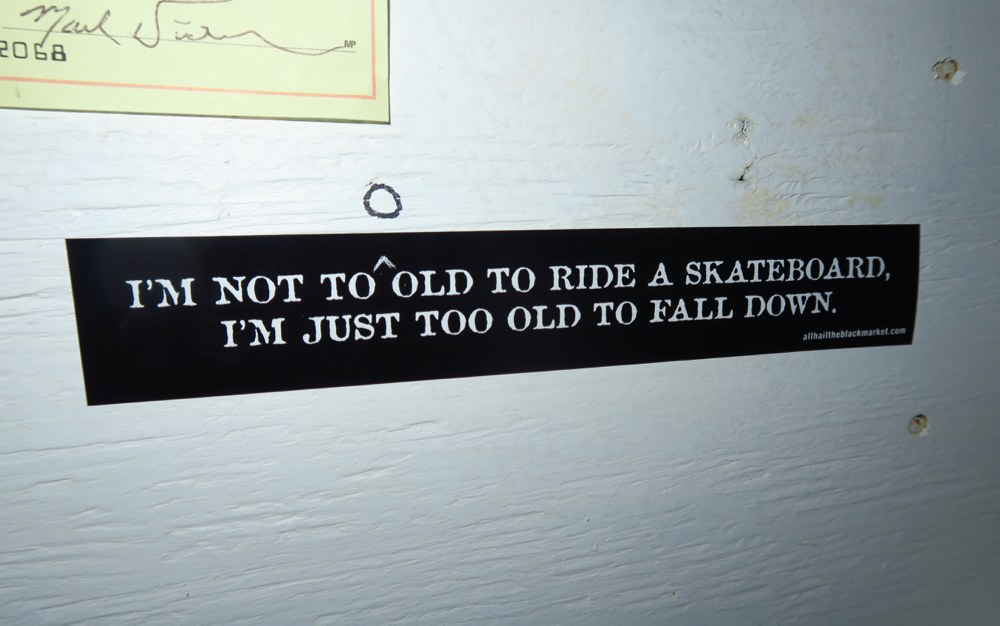 With both hands thrown so high into the air that I could touch God Herself, I might as well pack a bag and go to Arkansas; 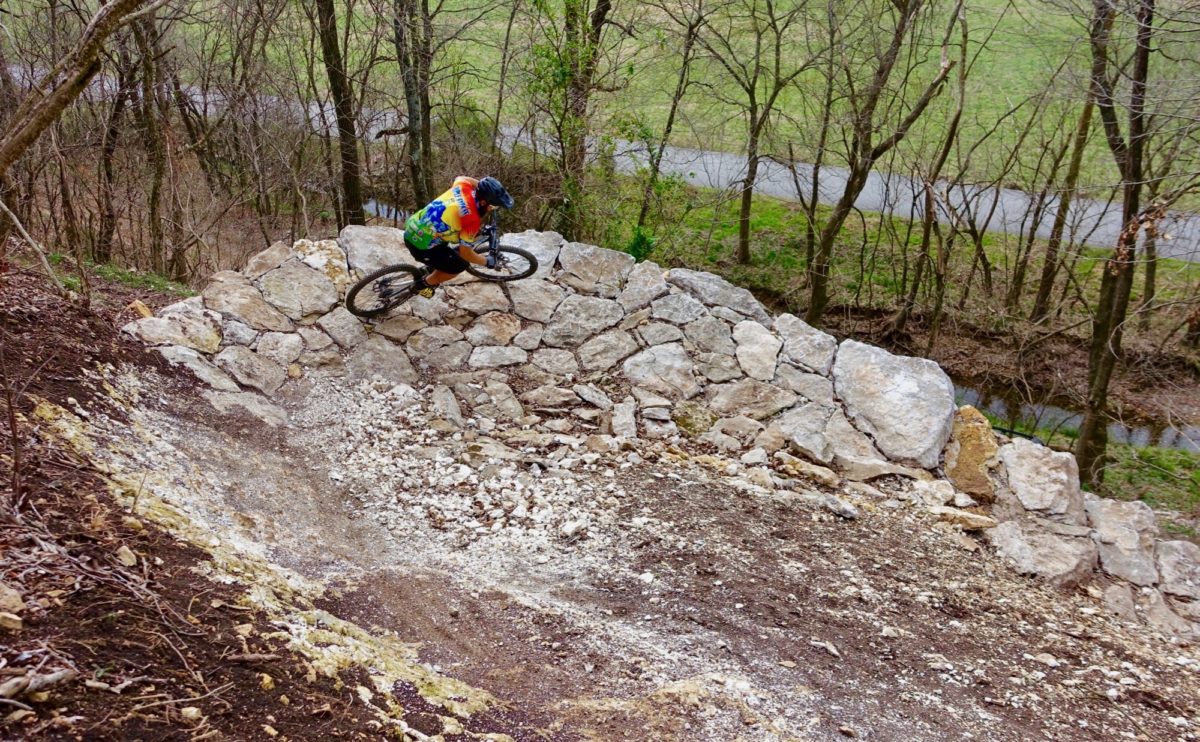 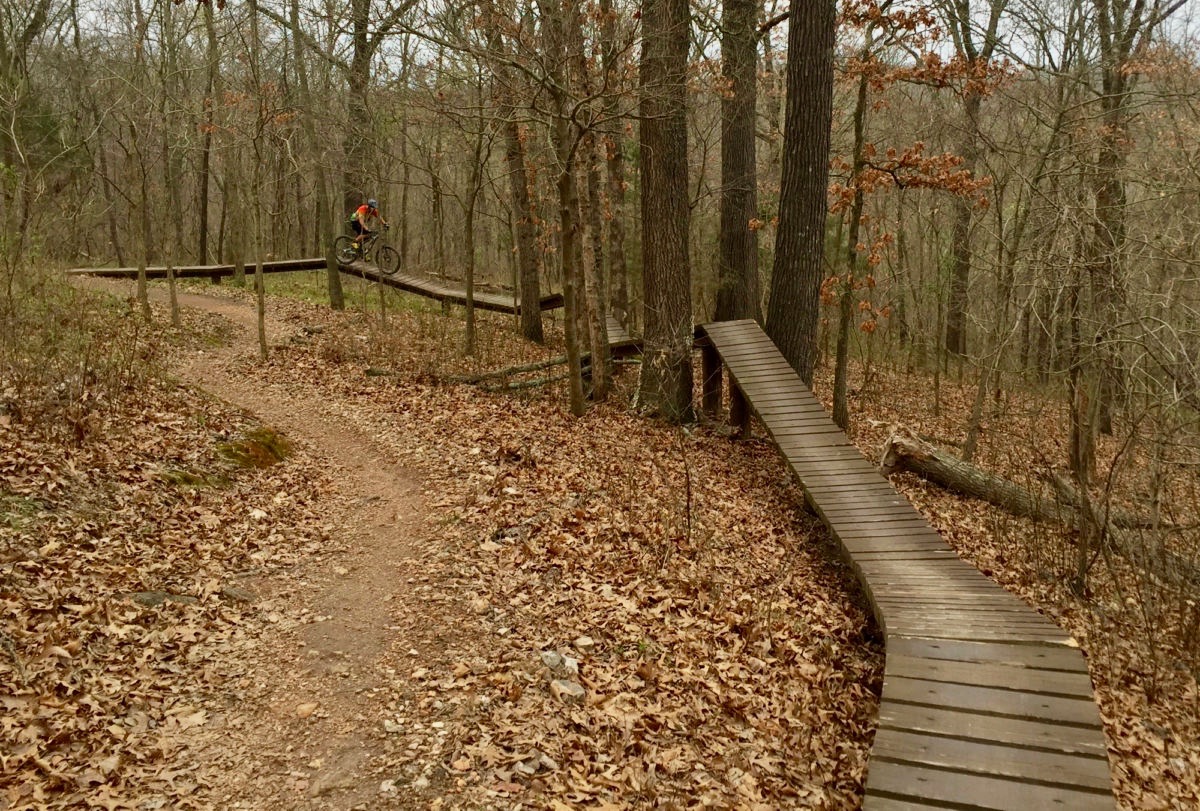 Yeah, you heard me right. It would appear as though Arkansas is swiftly becoming an unassuming mountain bike mecca, and who is paying for all of that trail construction? None other than purveyors of poisonous flip flops, and payers of unlivable wages themselves, Walmart.

According to the article, from 2000 to 2016 The Walton Foundation invested over $13,000,000 in mountain bike and urban trail infrastructure.

They might not give a rip about their employees, local independently owned businesses, or overseas labor abuses (among other things), but man, do they love singletrack, so they can’t be all bad, right?

Because according to the foundation’s Home Region Program Director, Karen Minkel “one of the things people say repeatedly is how much they love the access to the outdoors and the access to nature, I think there were two purposes in investing in singletrack trails. One was, really being able to protect our natural assets and provide access to them. So it’s part of an overall green space preservation strategy as well.

And then secondly, I think it really takes advantage of this opportunity to connect the urban areas with the natural areas. I think that’s a unique feature, where you can hop on a bike downtown and then get out onto a natural surface trail within minutes, and feel as though you are immersed in the woods even though you’re just a five-minute ride away from the downtown core.”

Walmart loves nature, and sustainability, solar power, and all of that hippy shit. You know… Except for when it comes to their handling of hazardous waste, but man, can they pay for some sweet looking berms; Skipping gleefully from that topic on to what are actually pretty significant milestones, I’d like to conclude today’s effort by wishing Surly Bicycles a very happy nineteenth birthday; 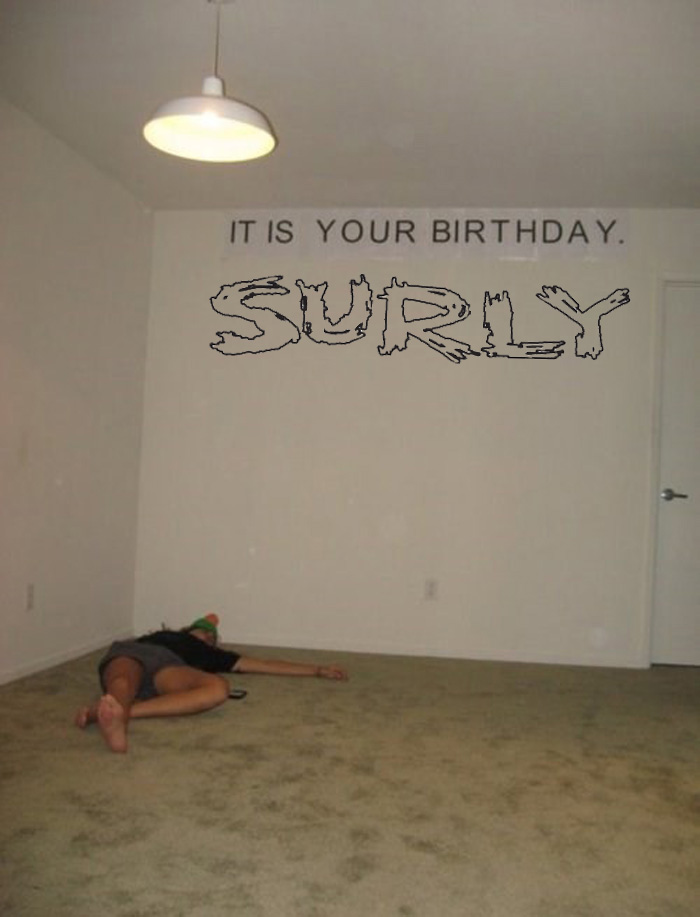 It was a year or so after Robert Ives, Scott Berg and I had built the first run of Blue Collar frames (mine, pictured here); -that I came across the first Surly ad in the back classifieds section of Bike Magazine;

It was placed alongside ads for brands like Nuke Proof, Large Hardware shorts (remember them?), Indy Fab, Vicious Cycles, and Yeti among others.

“$175.00 for a frameset? How is that possible?” I clearly remember asking no one in particular.

As I noted just a second ago, having dipped my toes in the process of building frames myself, I knew how much work it was. Who was Surly? Where were they from? What was their story?

I’d soon come to find out. The first three principals there at the little brand- Wakeman, Grayboy and Hurl would not long after become vitally important human beings in my world, and people who I’m still friends with today. The company, as well as the individuals behind it have certainly evolved in the years since, and as a brand has grown to levels that back then most likely no one could have never imagined. All the while I’ve watched from the sidelines, and felt a sense of pride knowing how it all started.

So it’s from the bottom of my heart that I wish Surly Bikes a very happy birthday.

The days we’ve shared have been great in number as well as quality, and the beers we’ve spilled have been too many to count.

None of which my mama could have ever dared foretold.

4 Responses to “Mama said there’d be days like this.”