Get your mind out of the gutter. He’s probably just telling a fish story.

Ah, yes. I was going to, in the shortest order possible, describe the events of the weekend.

Arriving to town on the day of the musical performance, Bill from O Zorn! snatched me from the airport and we headed to his shop to pick up amps, heads, guitars, and motorbike. From there he rode, and I drove back to his house in Long Beach. Once settled, we went to a fancy brunch spot where we ate fancy brunch, because when you’re young and good looking like we are, that’s what you do.

After a time, we had to head to the bar for load in and soundcheck, which we got on with efficiency.

Show time arrived, O Zorn! took the stage, and proceeded to blow people’s minds. Three sonic experiences I’ve had in my life that were akin to an O Zorn! show were The Melvins, Big Business and of course TAD.

It’s the kind of sound that shakes your soul, and on Friday night, they pulled no punches; Theirs is a soundtrack for one’s descent into hell. It was furious, and there wasn’t a person in the crowd left undazed.

We got their stuff off the stage and next up got to cracking with Mike Vallely’s newest band, The New Arms.

Truth be told, I’ve seen This old band Revolution Mother a couple times, and I didn’t have much hope for this. I will be the first to admit that I was both wrong and pleasantly surprised.

With just a guitarist and drummer backing him, it’s a sparse package, that proves sometimes less is more.

They knocked out their set, and got the stage cleared for the evening’s headliners, The Picturebooks. A two piece from Germany, they channel a culture that was wrapping up before any of us were born, chew it up, and blow it back out through distorted amps; Their live show sounds just as clean as their recorded material, and if by chance you get the opportunity to catch them live at some point, I recommend it.

At the band’s conclusion, we all lurked, and chatted, until it was finally time for the bar’s staff to go home. I went inside to take a leak, and came out into the parking lot where I saw everyone (my hosts, most notably) piling into a pretty badass custom van, which I pulled my camera out and took a photo of; 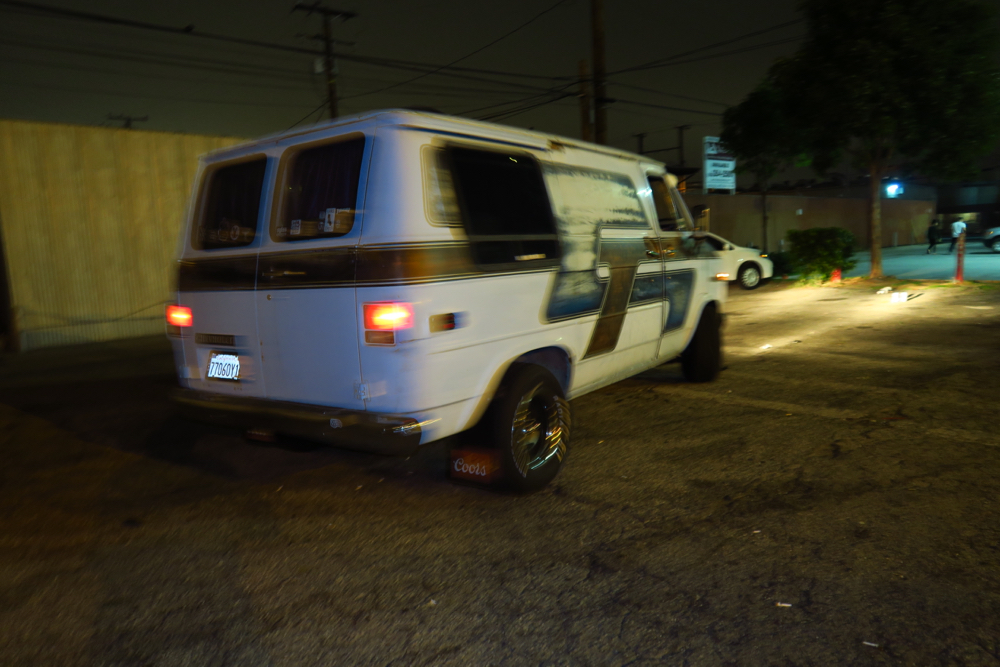 As you can tell from the photo, the van is moving. And I’m not in it. Nor was I to be.

Having been raised in the wilds of Colorado, from a young age it was drilled into my head that if you’re ever lost, you should stay put. In situations like these however, I find that you should just start walking and whatever random direction feels right. Worst case you’ll come across a late night taqueria, which I did, so I went in to get some food and figure out what I was gonna do.

First things first, I sent Bill a text letting him know he was dead to me.

Then I ate a burrito.

Luckily I remembered the name of the aforementioned beautiful people brunch spot, and I reckoned if I could get there, I was about three blocks in some direction or another to my bed. Eventually, at some point between 3:30 and 4:30 in the morning I made it home. Being the crafty bird that I am however, on my walk I made note of several houses that were for sale, where in the event of not making my way back to HQ, I would return to and sleep in the yards.

Many years ago when I was a bike messenger, I told my dispatcher a story of finding exhaust vent of a building where I would sit in on rainy days. Not only did warm air get blown onto me, but it would also blow the rain away from where I sat.

In response, he told me I’d be a good homeless person, and I think he was right.

Once the business of the show was handled, the weekend was freed up to do with as we pleased; Keila was the only one in the room with a head securely attached to he shoulders, and I’d like to publicy thank her for being a good den mother; 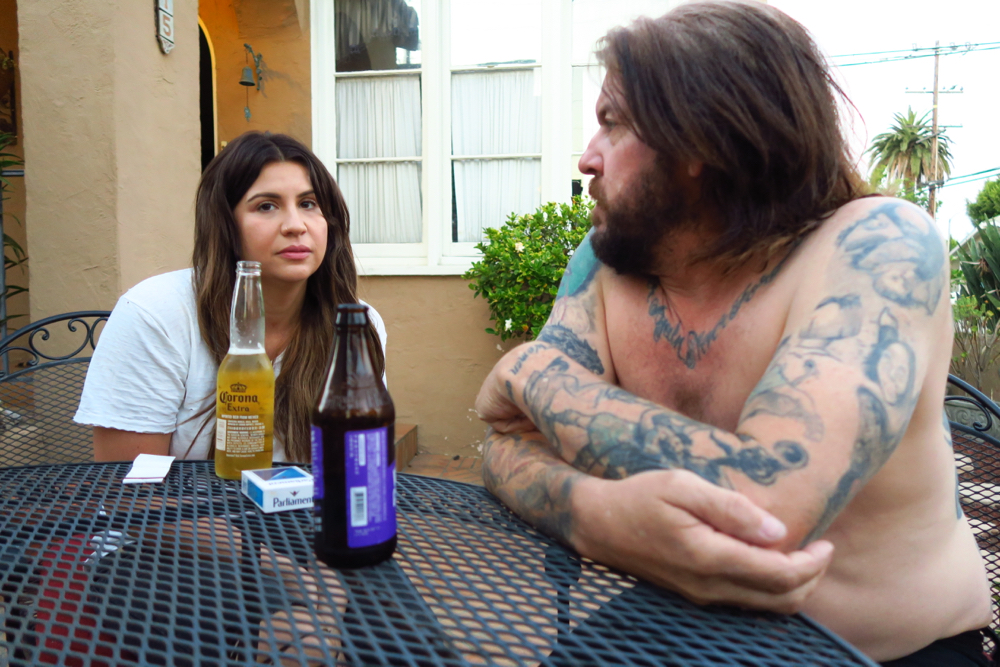 “I’ve had quite enough of this bullshit, thankyouverymuch.”

Upon waking up the next day, and with my liver securely strapped on my backpack, I headed to the airport to get back home to the security of my own floor on which to sleep; All in all, it was a trip for the record books, and with the exception of abandoning me at the bar in the middle of the night, I thank my people for taking good care of me as always.

Moving on from fear and loathing in Long Beach to bikecycle related topics, because that’s sometimes what we do here-

Back around March a former SCB compatriot of mine who is now in the employ of Fox Suspension got in touch with me and told me they were doing a 700c suspension fork and if I might like to give one a reach around once they became available. “OF COURSE I WOULD!” I enthusiastically responded. “Oh good” he began. “I thought you’d think it was dumb.” “OF COURSE I DO!” I immediately shot back. Even still, upon sticking my head out of my basement on Monday, who should come sauntering up my drive but my friendly neighborhood UPS lady, and boy, was she bearing gifts; 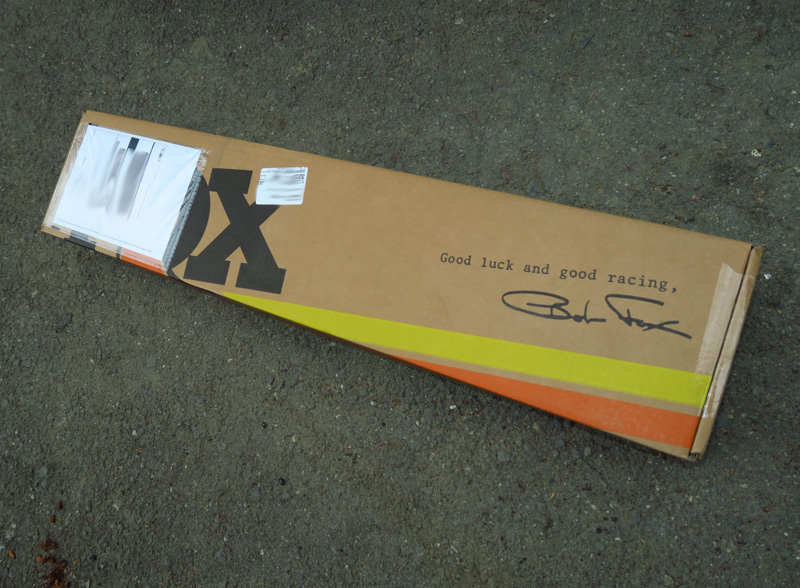 It was after having seen this fork on a bike at this year’s Sea Otter Classic, A Celebration Of The Bicycle®™© when I wrote this post. While I stayed sorta neutral on the fork’s existence, I got a whole lotta poopy pantses with their skivvies in a knot about why anyone would put one of these forks on their bike, too much of a good thing, Fox making a cash grab, people should learn how to ride their bikes, unnecessary, and extraneous claptrap, etc, etc, etc.

I never say never to anything anymore, save for e-bikes, and this thing; But when the sun sets, we all choose what and how we want to ride, and when I’m bouncing along on my freshly re-equipped Stuntman, I can promise each and every one of the people who think it’s dumb that I won’t make them ride it, and you can thank your lucky stars that Fox didn’t opt to send you a fork to try out as well.

Now, closing out with a topic I’ve been sitting on since the most recent Meet Your Maker ride. Some months ago, Emily the peach from Squid Bikes clued me in on a then-new project they were getting into in which they were repurposing shortened work pants with a chamois professionally tailored within; 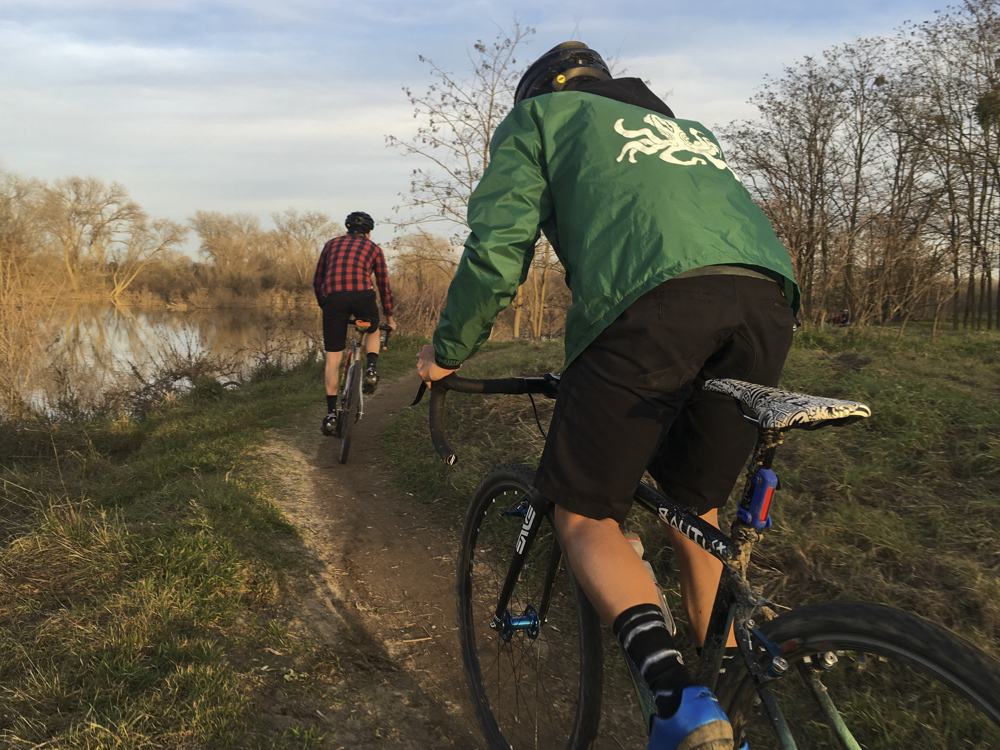 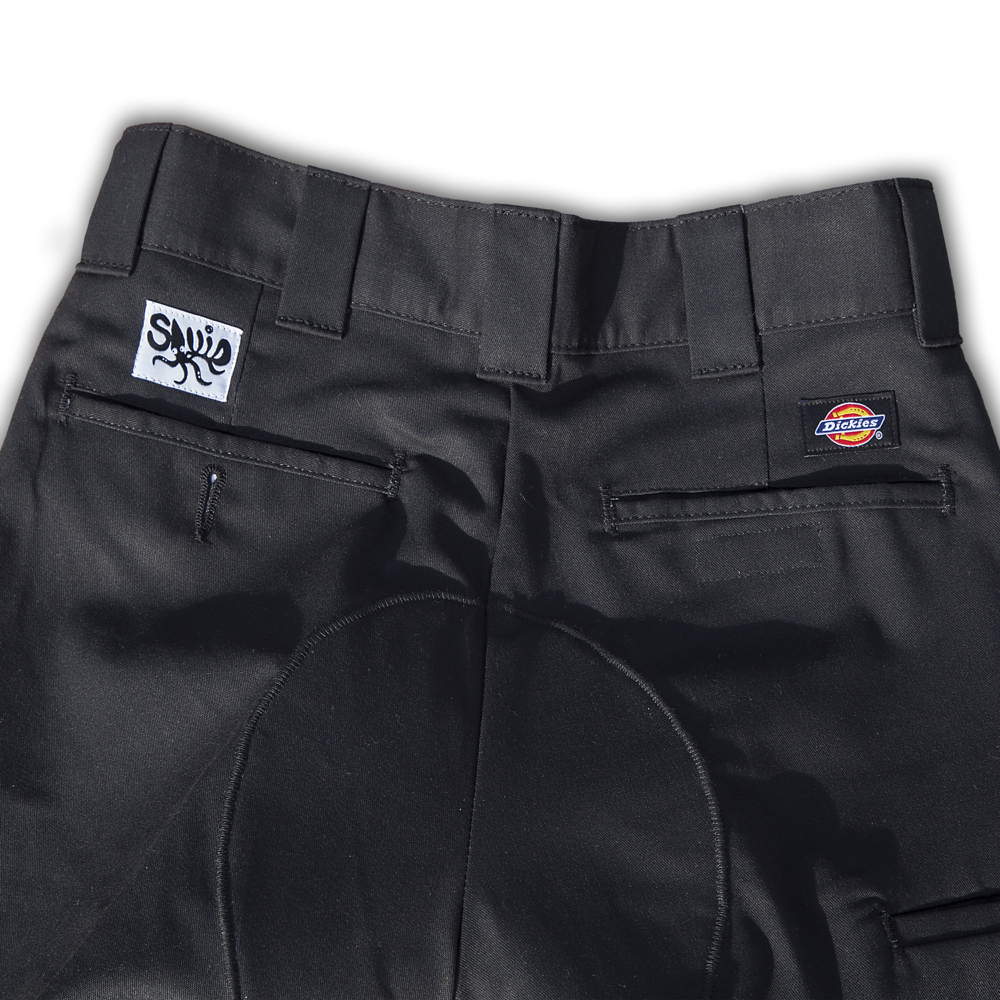 Understandably, everytime they get a run of these made they get snatched up like hotcakes. Thankfully Emily saved a pair for me, that she stuffed into my hands after the ride.

I didn’t know if I wore a 38 or a 40 because I’m an in-between on everything (my shrink would claim its due to a fear of commitment) so we went to a dark corner of the parking lot where I stripped for her and tried on two sizes. Once she was done choking back barf, we both agreed that the 38 was the best choice; I took several shots of me wearing them, but there wasn’t even a single component that was complementary to either myself, or the shorts, so I took them off mid-ride to get a shot, much to the dismay of the passing high school womens’ cross country running team.

Anyway, Emily says they’ll have more in stock within the month, so if these badass numbers strike your fancy, check back in with Squid towards the end of July and snag yourself a pair.

Guaranteed you’ll look better in yours than I do mine, but that’s just how I tend to roll in whatever no matter what I wear. Some people are just born to live out their lives, naked and alone in a river. I’d wager to bet I’m one of them.

And that’s no fish story.