In an attempt at turning down some of the noise today, I will dole out a few bits and bites that I’ve been sitting on, with minimum amounts of commentary from me.

So prop yourself up in the lotus position, and proceed.

The first is a short snippet about a fellow who found an overlooked margin of society, and made his own little happy space;

That right there is the sound of one hand clapping.

In other news of happy places (though in this instance, it’s slightly less happy than the bridge-belly hideout) is the recent news that Glenn Danzig’s former residence is on the market; 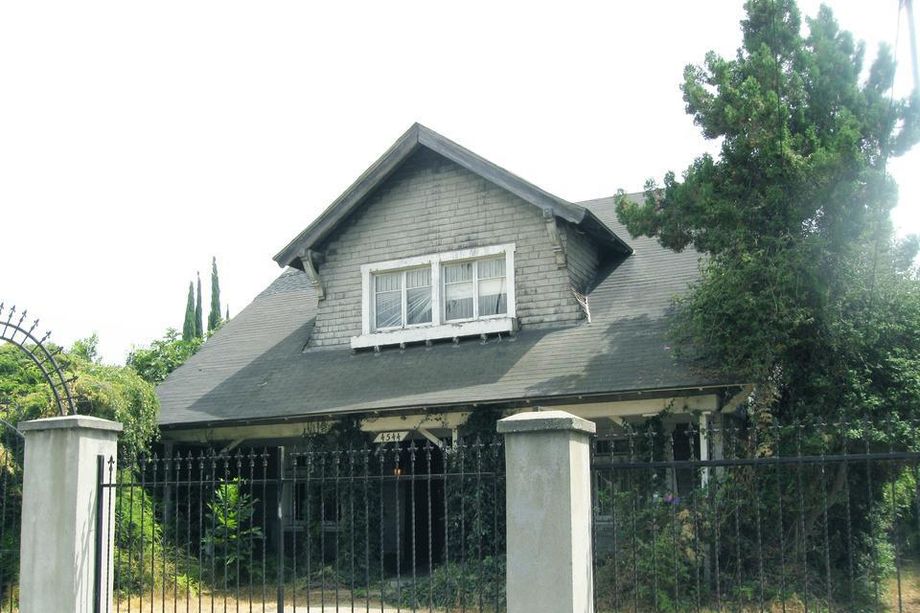 For the low, low price of $1.2 million, this badass love shack could be yours.

But not only that, thanks to Lucho of Alps and Andes, I’ve come to find that the asking price also comes with an assortment of Glenn’s abandoned crap; 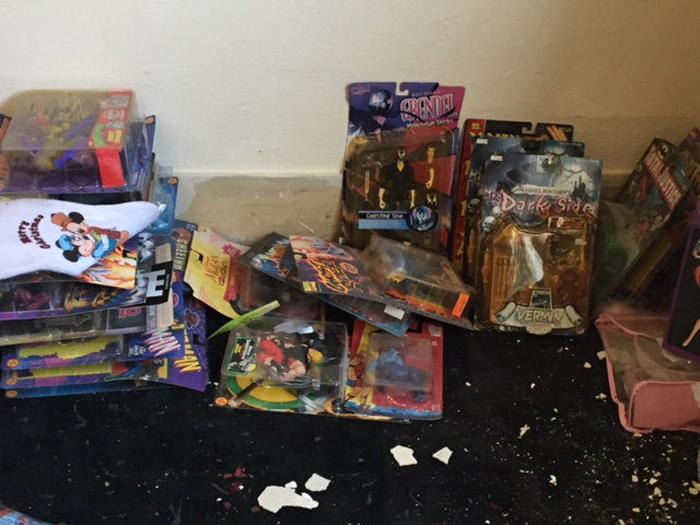 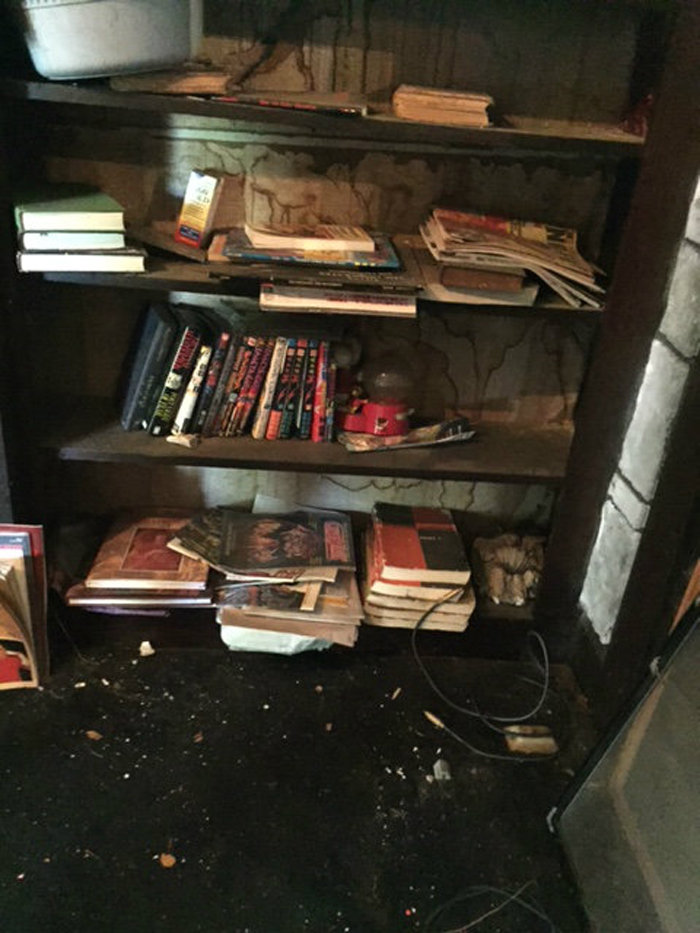 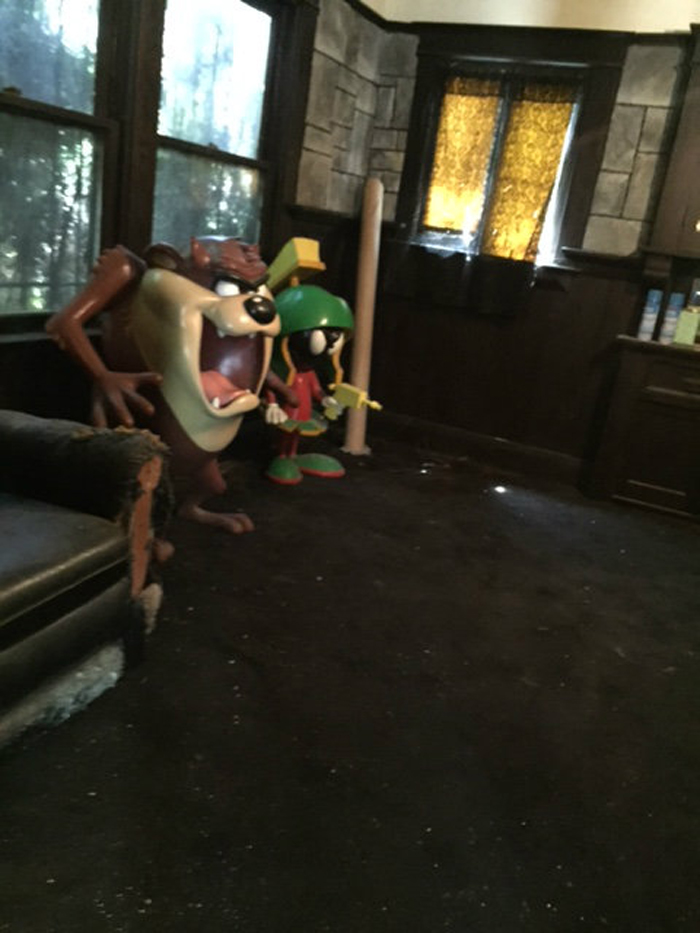 It’s like a grumpy toddler lived there and abandoned the place without looking back.

Oh, wait… That’s not what it’s like… That’s exactly what it is.

While it’s on the forefront of my brain, some of this site’s readership might recall as story penned by a fellow named Ray in which after almost getting hit by Glenn in his black Jag, pulled a funny prank on him. I know for a fact that some of you do, because over the years, I’ve received a number of emails asking for the exact post in which it appeared.

I believe that was somewhere in the annals of How To Avoid The Bummer Life, but thankfully, it wasn’t two weeks ago when Ray texted me letting me know he was re-writing the story for us.

Rest assured, when I finally get my hands on it, I’ll most likely give it a stand alone post here.

In news of fallen friends, I got word that old homie and former compadre on the mean streets of San Francisco Danny Boy Smith, recently had an unplanned meeting with the ground whilst engaging in some care free dirt bikecycling. Another mean street compatriot, and Danny’s life partner is helping schedule a fund raiser, and came though with some info about it;

Our favorite Tattoo Installer has broken his arm and it’ll be a minute before he can get to work again; 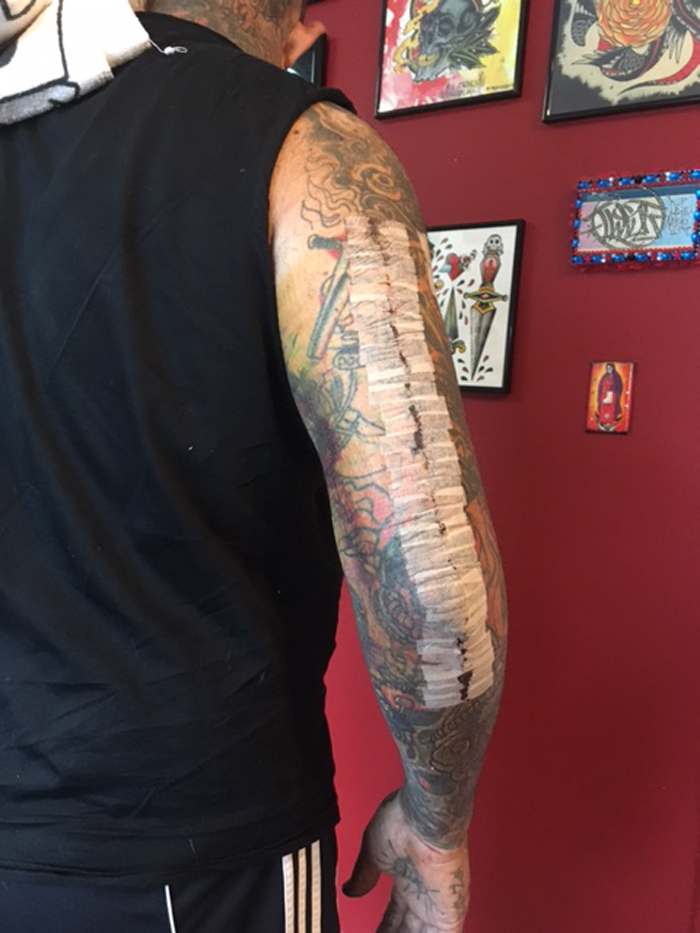 So we are throwing a bash to lend the guy a hand.

*Editor’s note, upon finding that his jersey was destroyed in the process of receiving medical, I felt compelled to make a couple of phone calls to Voler.*; There will be: ?Tattoos from a comemorative Broken Arm Flash to be installed by Eric, Zak, Brian and Mick. They are $80 a pop. (First come first serve, tips appreciated and tattoos from the flash sheet only). 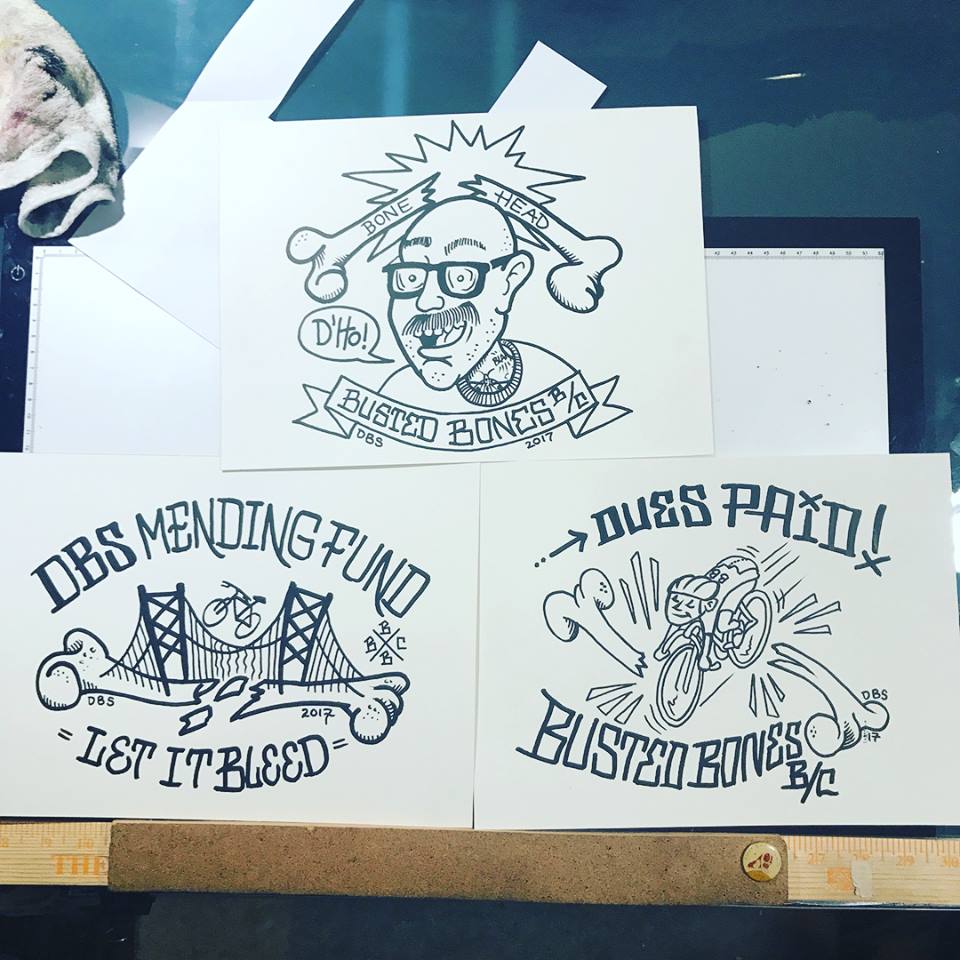 We’ll post some photos of all the goodies in case you are out of town or can’t make it. You can order some and we’ll ship it out. Contact Danny at TattooInstaller(at)gmail(dot)com and he’ll give you the details.

?If you just want to give the guy some funds, but don’t actually want to see him or buy something or get tattooed you can PayPal him at dannyboytattoos(at)hotmail(dot)com.

Thanks and lots of love

Being that he’s right handed, rumor has it that he’s even had trouble adequately petting his fuzzy buddy; Just so to put this in context- Danny was the one responsible for all of them fancy engraved Paul Componant Engineering doodads and wizbangs; 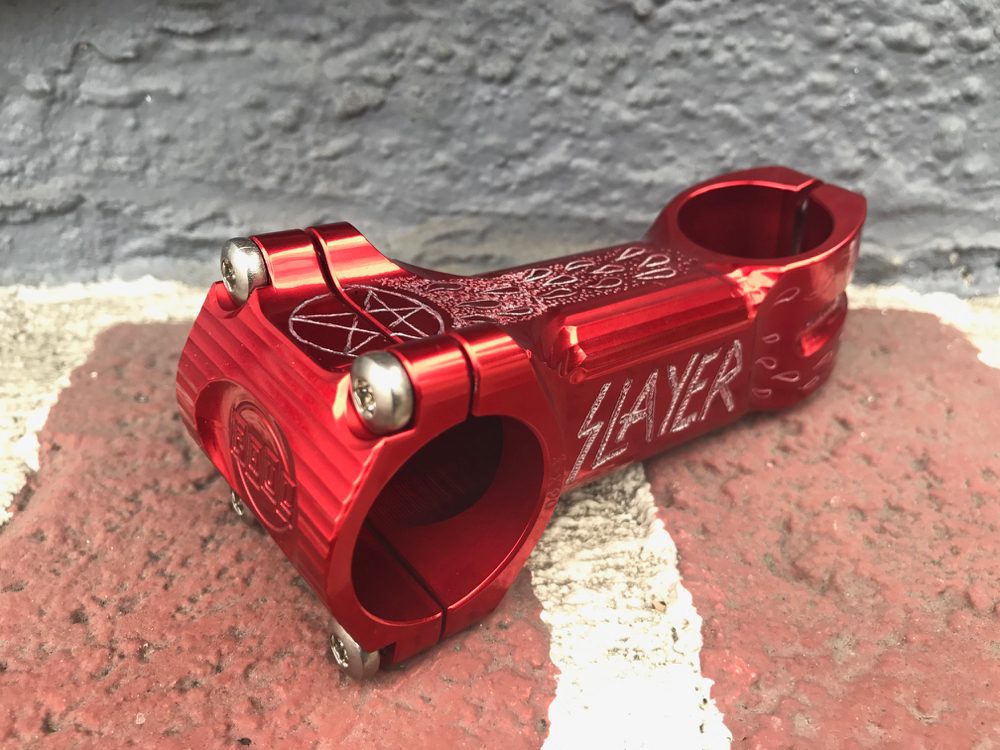 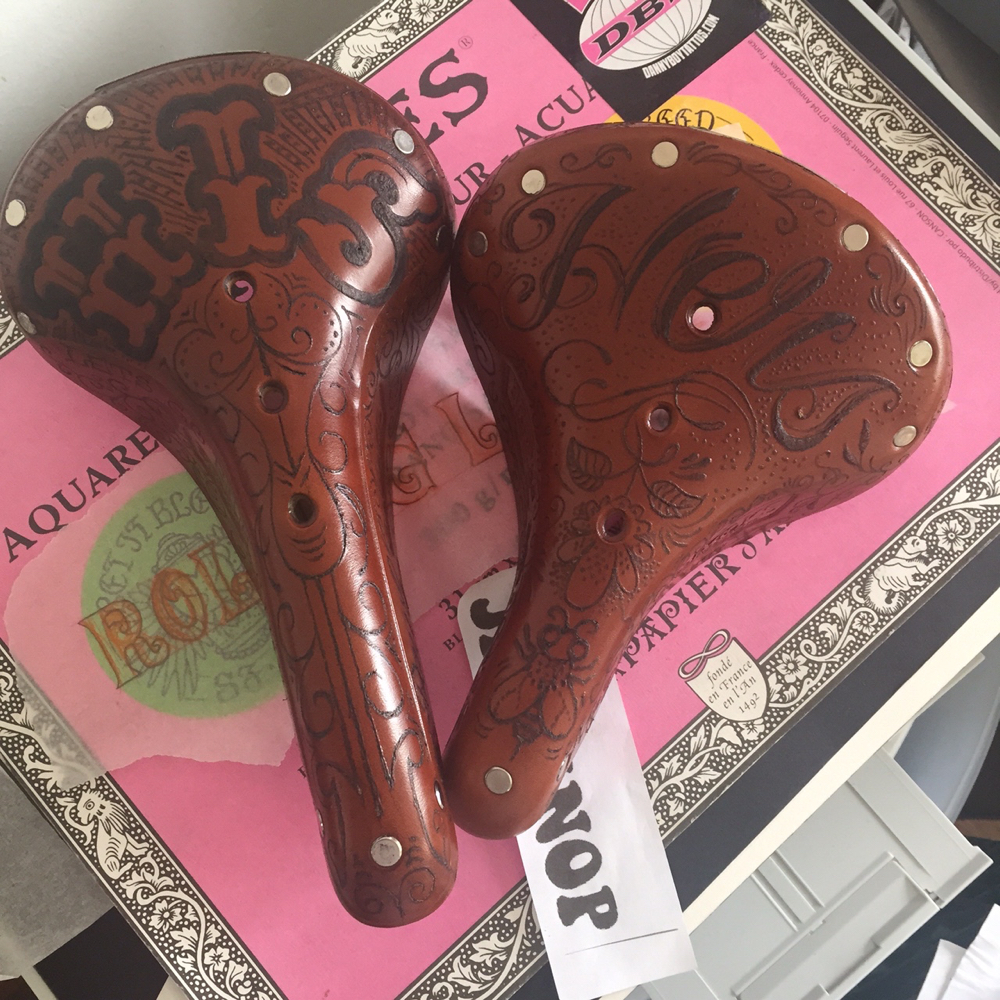 As well as this piece for the Pabst show I curated late year; 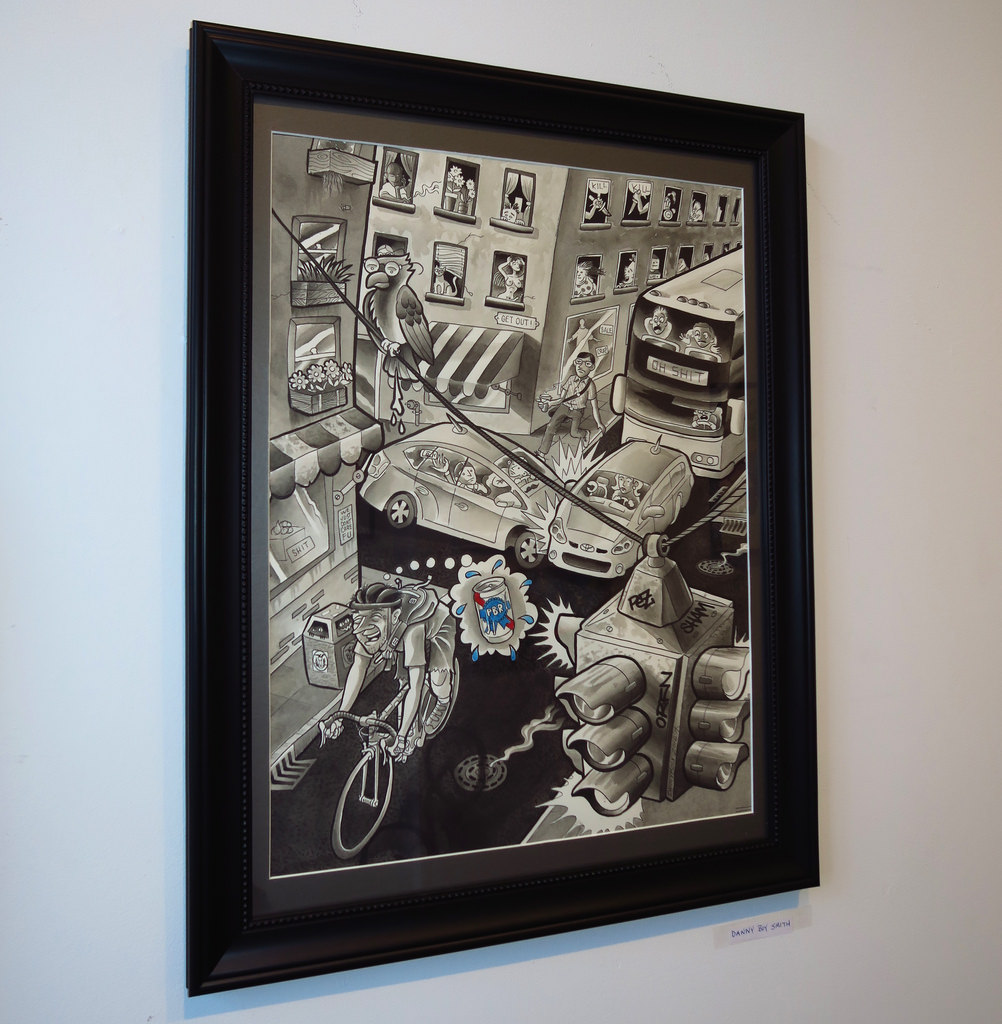 Needless to say, without his sketching hand, he’s like a fish with no water. If you feel inclined to toss him a buck, or better yet, come to the fund raiser, do what feels right.

Finally, I’ll close with a reminder about this post detailing the imminent production of my fancy new branded wool jersey;

The orders are coming in about as fast as I can process them. If you’d like one, I’d recommend not sleeping on it, because availability is waining.

Once I get to 80 orders, I’m shutting the window down, and submitting it to the sew shop. The sooner I fill the numbers, the sooner they’ll get made, and the sooner I’ll ship them out.

Fingers crossed that at that time, they don’t wind up in a burning mail buggy.