I’m sorry I’m not sorry for using this same clip twice in under two months, but it really does fill just about every last one of my needs.

And I realize I’m dating myself a bit, but when I was a child, even though Soultrain meant the conclusion of Saturday morning cartoons, I would then watch the people and look at their clothes, and marvel at how goddamned cool Don Cornelius was; Truthfully, as a small white kid from the sticks in Colorado, the program couldn’t have provided me with a healthier education.

Anyhow, that being said, happy Friday to you and yours.

Unless you work in a bike shop, in which case, happy middle of an endless week.

Firstly, I fully screwed the pooch on this year’s Hairnet Ride.

Like, completely forgot that it was even a thing. Between all of the life stuff, death stuff, work stuff, and non-work stuff, not only did it not slip my mind, it never even entered it. So in an attempt at making up for it, I decided to knock one out late style; How does that grab you? If it rains, we’ll drink under a bridge. If it doesn’t rain, we’ll ride to wherever people wanna ride. As always, there will be some paved road, and some dirt road, and some single track, and some double track, and if we can find it, some triple track, which is one track fewer than a fire road.

Chances are better than good that I’ll be aboard my new Blue Collar all day sucker; I take the name from that there Rick Hunter bike he debuted at the 2014 (2013? 2012? Calls to the man on the matter have gone unreturned) NAHBS show, which still stands as one of my favorite bikes ever; 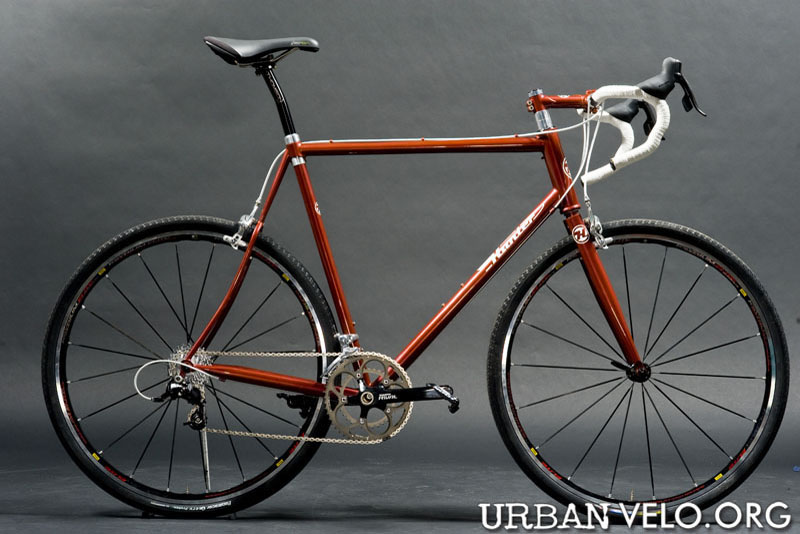 The official name of my bike however is ‘the Dirté’; 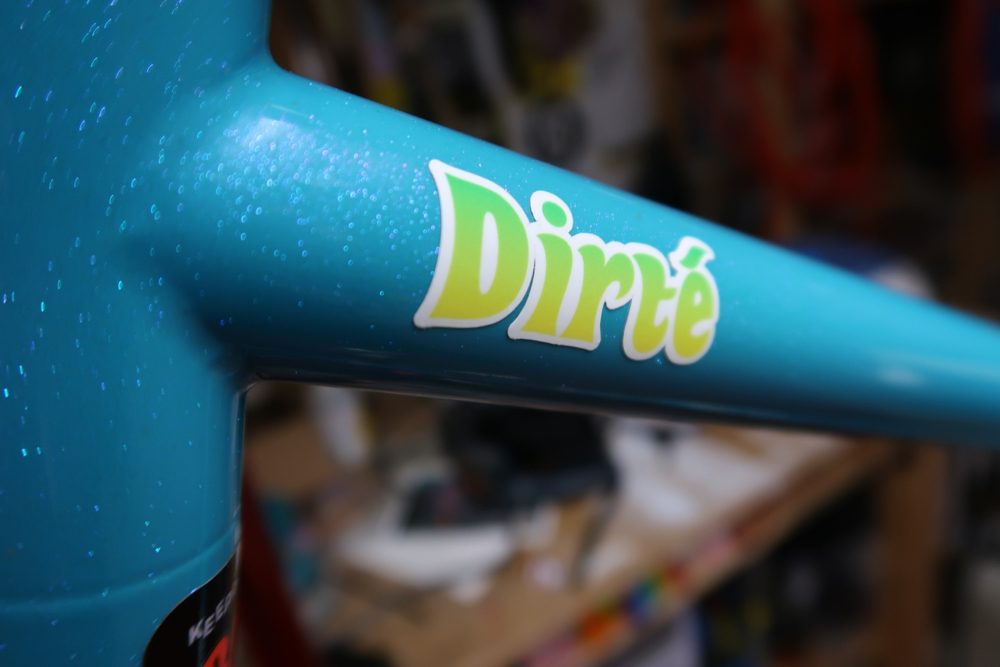 -Because despite encouragement to the contrary, from time to time Robert Ives and I like to ‘church it up’.

Moving on, any of those here who’ve had the good fortune of remembering attending any of the Underbike Industry Mixers® in Las Vegas these last many years might recall 2012’s when the mighty O Zorn! lullabied us with their big, pissed off rock and roll sounds; 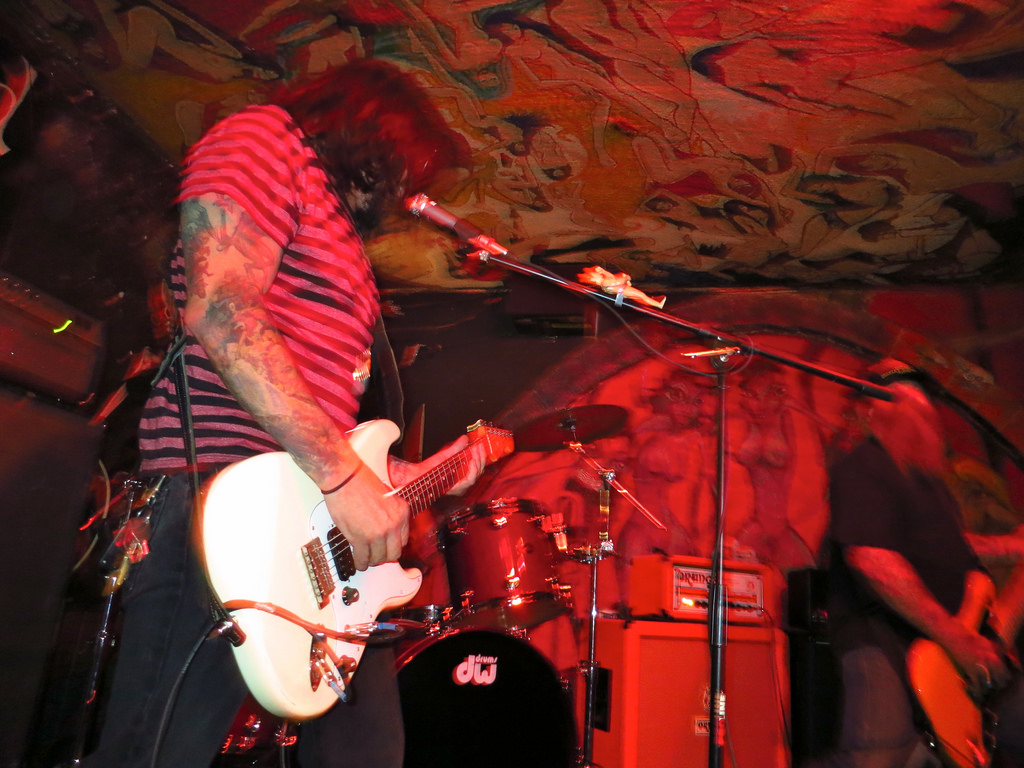 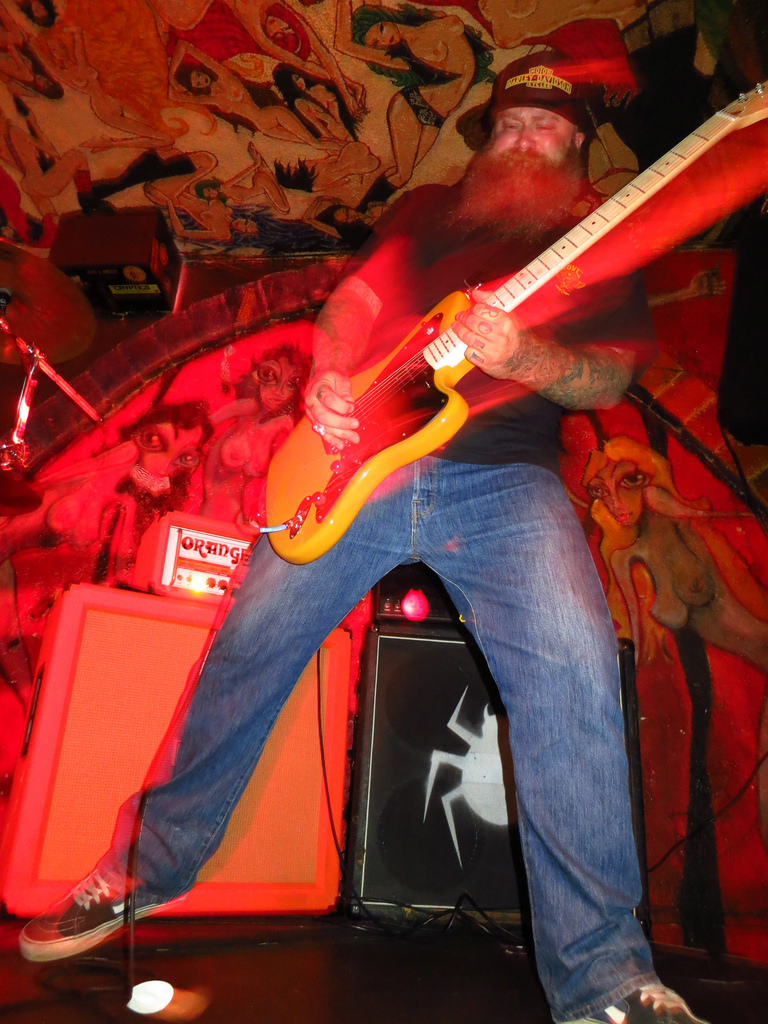 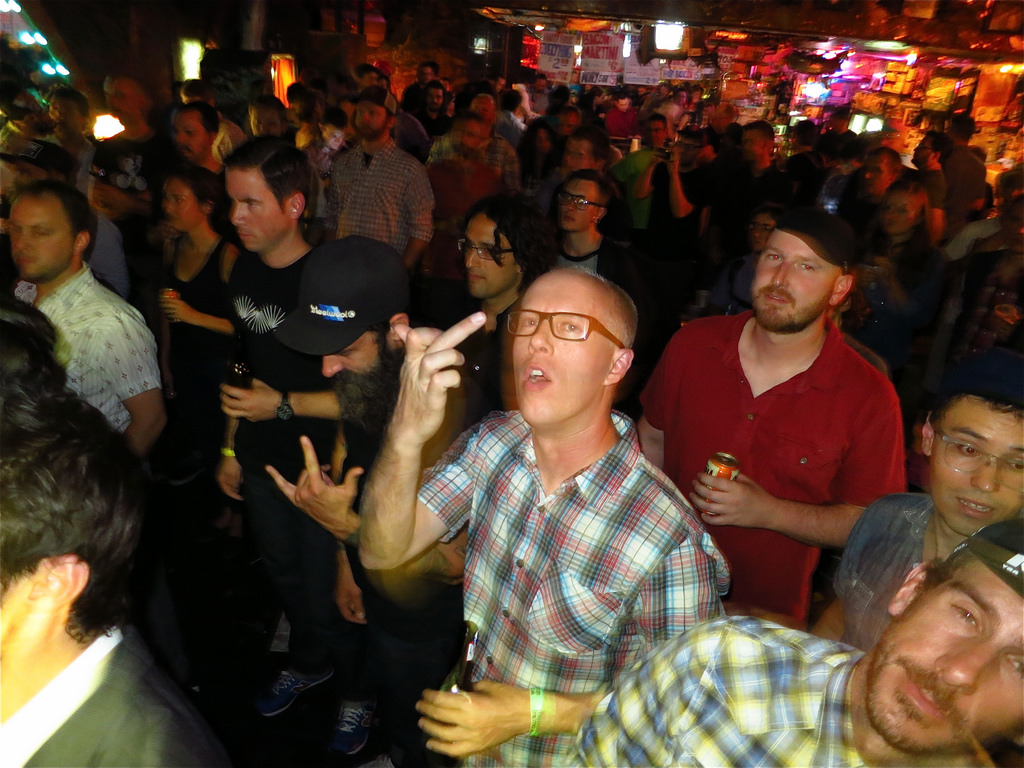 Well, the trio have been hitting it pretty hard recently playing a slew of shows in and around southern California.

Along with those efforts, it’s come to my attention that screamer Billy went and got a pile of shirts made emblazoned with a snazzy graphic; The 3/4 length baseball T cut is extra complementary is you have long monkey arms like I do.

If you’d like one of these for yourself, reach out to Billy via their Facebook page, (the O Zorn! Bandcamp page seems to have gone missing), and see if he can’t get you sorted.

Also, while we’e on the topic of loud rock and roll- Have any of yinzers seen/heard that for the first time in 22 years, the New York supergroup Quicksand has a brand spanking new album out?

I love living in a time machine.

I haven’t heard much of it yet, as I haven’t had time to make it to the record store, but my hopes are high.

Now then… In closing, and to use being high to make a smooth transition into the final bit of fodder, I got news from Devin regarding some curious recent developments with the midwest bike racing mainstay, Jay Hollywood Henderson; So, Jay Hollywood Henderson has been winning the 45+ Cyclocross Series this season here in Minnesota, and there is no secret that he likes to Party. The Team that he, Head, and I have raced for going on now over ten years is “Team Hollywood Cycles” THC…

A month ago After rolling across the finish line at a venue just up the road from my place here on the Eastern Shores of the 612, Jay was pulled aside along with a few other randoms to pee in a cup for the Anti Doping protocol.

Just Last week Hollywood got the news that we all knew was coming. Here it is in his own words along with an open letter that he wrote to USA Cycling and the Folks at WADA.

Yup, my test from USADA has comfirmed what we all knew… I have THC in my system. THC is a banned substance by their rules. So Monday I will sign the paperwork to find out what my penalty will be. (Looking at 6 months, but they said my level was “high”.)

Being a “Rocker” and “Roller”, I’ve only set out to have fun. As the frontman of a rock band I’ve smoked a lot of marijuana. And being brought up in the MTBing community, I’ve smoked marijuana on the trails. Always keeping the “fun factor ‘High’!” Not once when rolling on two wheels, did I believe that smoking marijuana was cheating fellow racers out of a win.

I still feel this way and I would believe my fellow racers would agree. The only ones getting cheated are those wanting a true battle of good competition.

As someone that has focused his life on our cycling community; Business, team, friends, travel, lyrics and so much more, I hope I hope I’ve not offended by living the lifestyle that’s true to me.

As I move forward, I will be pushing for the removal of THC from the banned substance list.

I’ve already been contacted by Floyd Landis, who has assured me 100% support. USADA needs a touch of reality, especially being located in ColoRado. I will NOT RACE another USAC race till it has been removed from the bannd substance list. I will be having a campaign coming soon. I hope I get your support.

As Always Long Live Rock n’ Roll and Party On!!!!

Not being a grasser myself, I don’t have a position on it one way or another, but being friends with Devin and Jay I hope this plays out to their benefit.

While the laser lettuce is a cornerstone to the Hollywood team’s mode of operation, I’ll be over here quietly supporting them with their efforts, popping, locking, and never stopping my way clumsily along behind them on this train of soul.