In my time away, and time spent otherwise occupied, I wound up with such a disjointed array of fodder, I don’t even know where to begin in tying it together.

I’m halfway tempted to just grenade my various inboxes and start from scratch, leaving you with nothing for the time being but a goldenrod colored square depicting a clown scream-barfing a rainbow, but because I’m a slave to my daily OCD, I’ll get cracking as best I can.

Firstly, might any of you remember back a bunch of years ago when that one person declared that she felt this here site was responsible for keeping women out of cycling?

Due to the sheer ridiculousness of that observation, I began regularly making fun of it, when eventually, another individual came across a post in which I made jest, and without context, understandably began assembling a mob and sharpening her pitchfork?

In response to all of it, and in an attempt to clear the air, I then wrote this.

It still might stand as one of my biggest dodged bullets ever.

Well, it was just yesterday when I was monkeying around in my site’s analytics (a thing I don’t like to do because I have a fear of finding that only one person comes here), I came across a graph detailing the gender of people who frequent this digital space- (how the technologies know is another thing that gives me anxiety). Well, I was super duper pleasantly surprised that the split between genders is almost perfectly down the middle; 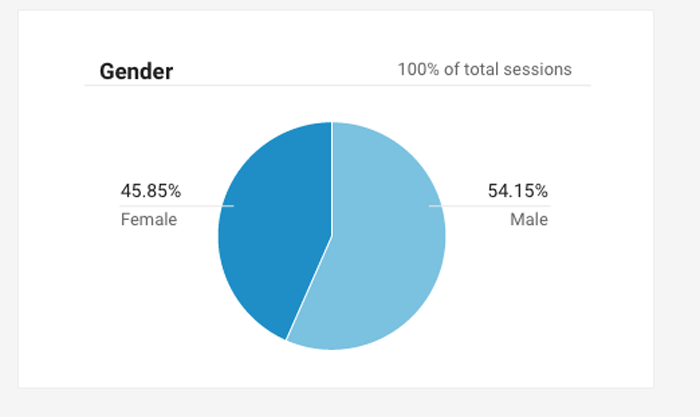 This tells me two things. One is that I’ve fairly well proven the aforementioned critic wrong, and two, there are at least two people coming to this site a month.

So assuming they’re not my parents, to both of you, I offer my most humble thanks for feeling comfortable here, and that we as a community have created an equal opportunity virtual playground.

I absolutely couldn’t be prouder.

With that said, and to move on, let’s take a second and dip into my disaster of a mail bag.

First things first, is this earth shaking bit of clothing- or shall we say, wearable art, that I was turned onto by none other than Chrome Industries’ own Chaz Distrapapiano himself;

So if you want your junk to feel like it just ate a breath mint, you needn’t look any further.

I suppose while we’re on the topic of Chrome Industries, I should reiterate that they generously stepped up and sent a box of goodies to NowheresvilleSF for this past Friday’s Dirty Parking Lot art show. In the box were a bunch of shirts, pouches, and whatnots that we handed off to a grateful and enthusiastic crowd.

Also included in the box were two bags for NWVSF Paul and myself called the Brigade; 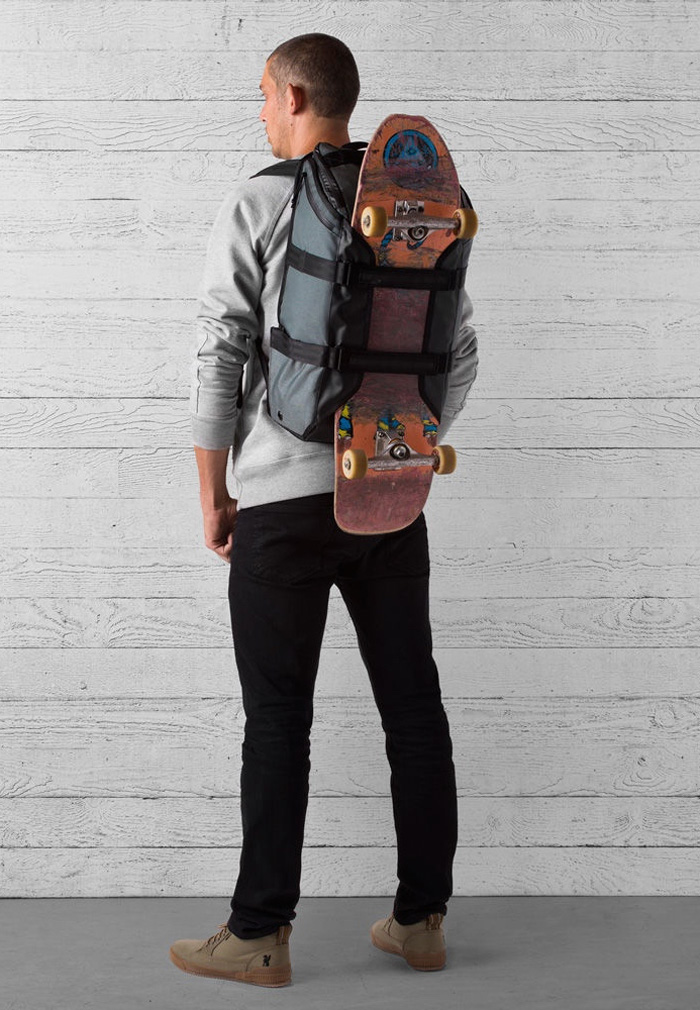 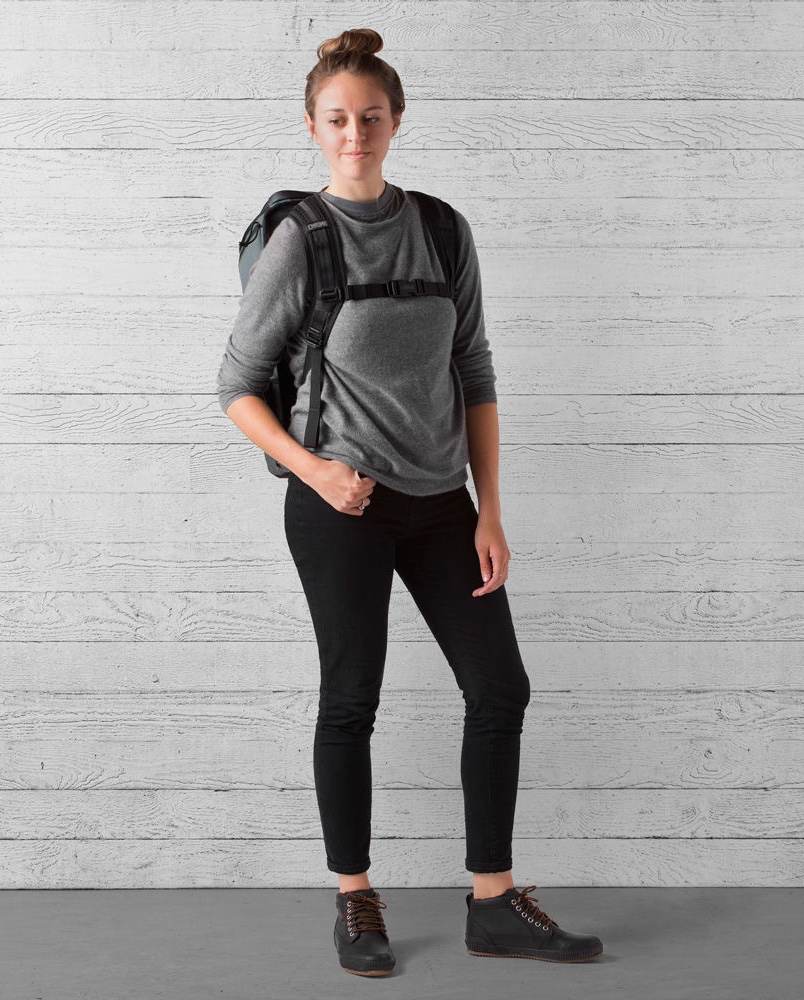 Being died-in-the-wool bag fetishists, I mean to tell you that Paul and I both flipped our lids.

I’ve wanted a rollerboard bag for years, but never ended up getting around to purchasing one for myself. This was like a gift from Heaven, and straight away, went to filling it with junk; It’s jam packed with internal pockets, a helmet strap, a lined media pocket, waterproof zippers, enough room to carry a backup pair of pants for when you blow the crotch out of your skeleton pants at the curbs three weeks ago, and many more bells and whistles.

Why, according to the photos on the Chrome site, if you felt so inclined, you could even carry a slingshot in one; I’m quite enamored with this bag, and I look forward to many happy years together.

If by chance you yourself might be in the market for such an item, either investigate further with Chrome, or if we happen to cross paths, you can give mine a jolly rogering for good measure.

They also very thoughtfully hooked us both up with our very own San Francisco made flannels; 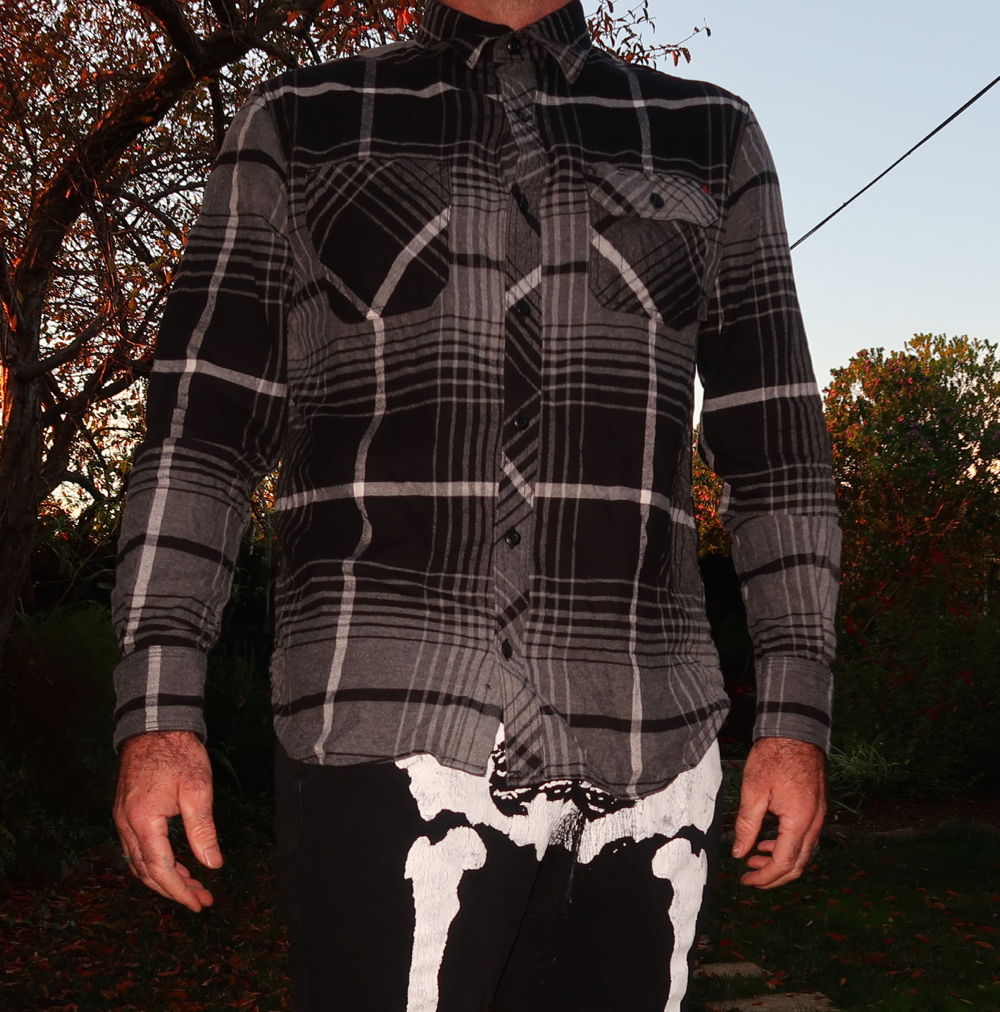 Not a bad shot if I do say, considering the fact that I proped my camera up on a barbecue grill to get it.

Anyway- My lord… It’s like Christmas, but without having to feign excitement about receiving the Bible Of The Month Club from your weird Uncle Gary; Moving on, and closing up today’s effort, from Snakehawk I recieved this little slice of HOLY CRAP;

It looks like great minds really do think alike; 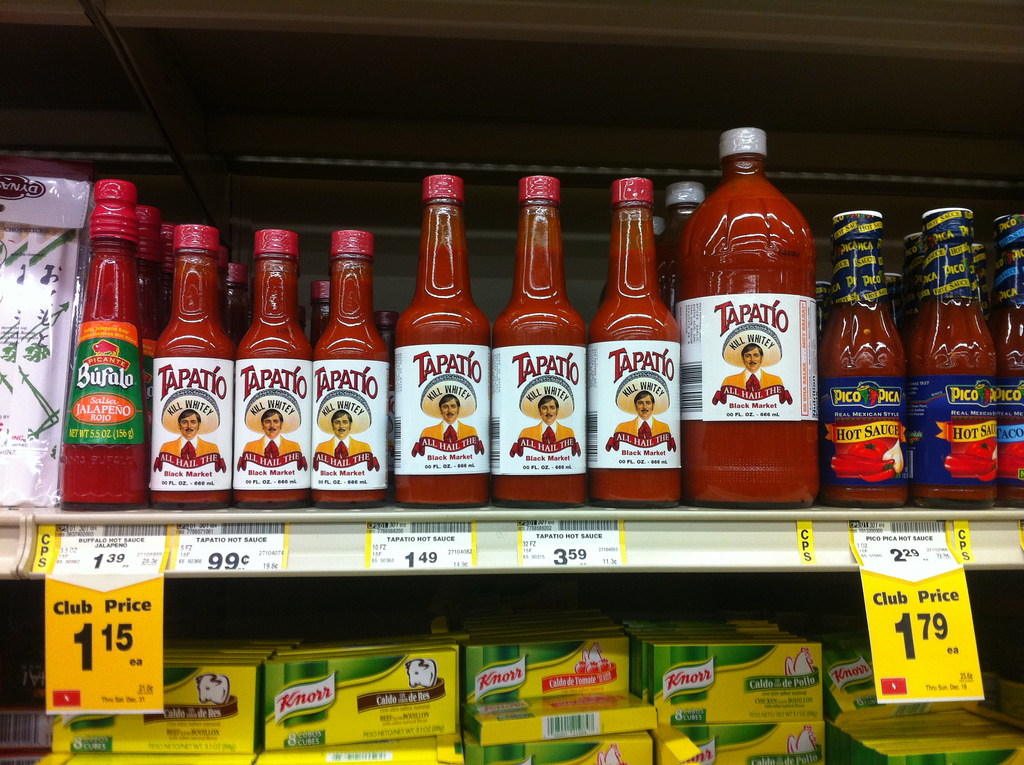 Having actually made their own hot sauce to fill the bottles, I see that they upped the ante from a cease and desist letter like I received; -To a real, live lawsuit.

And with that, for today at least, we’ve concluded with all the barf that’s fit to print.