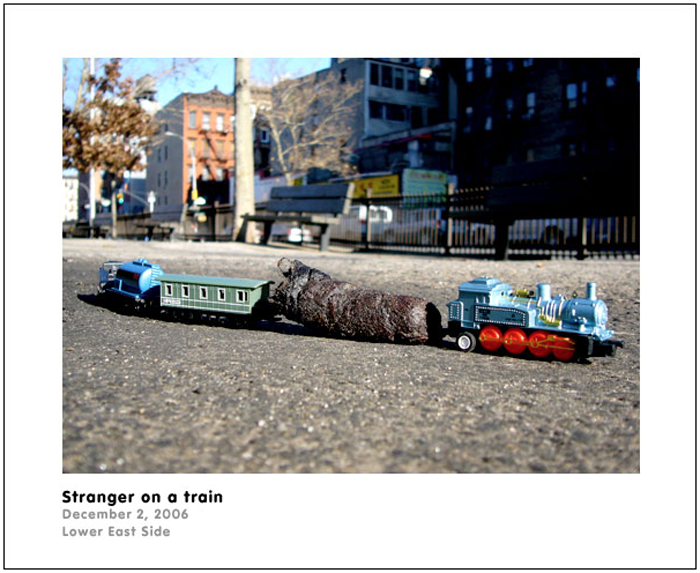 I tell you… When I’m in charge, things are gonna be different.

Well, I don’t know about y’all, but I spent the weekend in a time machine. My old Colorado chum Suzy came though, and we headed off to the big city to catch one of The Jesus Lizard’s roughly like, six tour dates.

That’s right. Did you read the Wall Street Journal story about it?

My god, when did we get so old?

Well, it’s true. For the first time in many a year, the band hit the stage, and it was a trip. The very first time I ever saw them was in this very venue, though I was twenty-two years old. I bled, and sweat, and danced to the same degree, though I would reckon today I feel considerably worse off because if it.

It occurred to me that the last time I was them was probably in 1995. Two days earlier I had received a severely broken nose at a Fudge Tunnel show. After spending/experiencing an inordinate amount of time/pain at the hospital/getting it re-set, I finally got it fixed up and went on my way. I’ll be damned if two days later at a Girls Against Boys/JL show, within the first song, I took somebody’s head to the face, re-breaking my nose immediately.

So it was in the bathroom at Slim’s I stood in front of the mirror and re-set my own nose.

That was the last time I saw the Jesus Lizard perform.

Anyway, despite the fact that we’re all aging at an increasingly rapid pace, this most recent show was just as furious as they ever were, and luckily, because Bernie McGinn was just a stone’s through from me through the entirety of the set, he dutifully documented all that we saw; 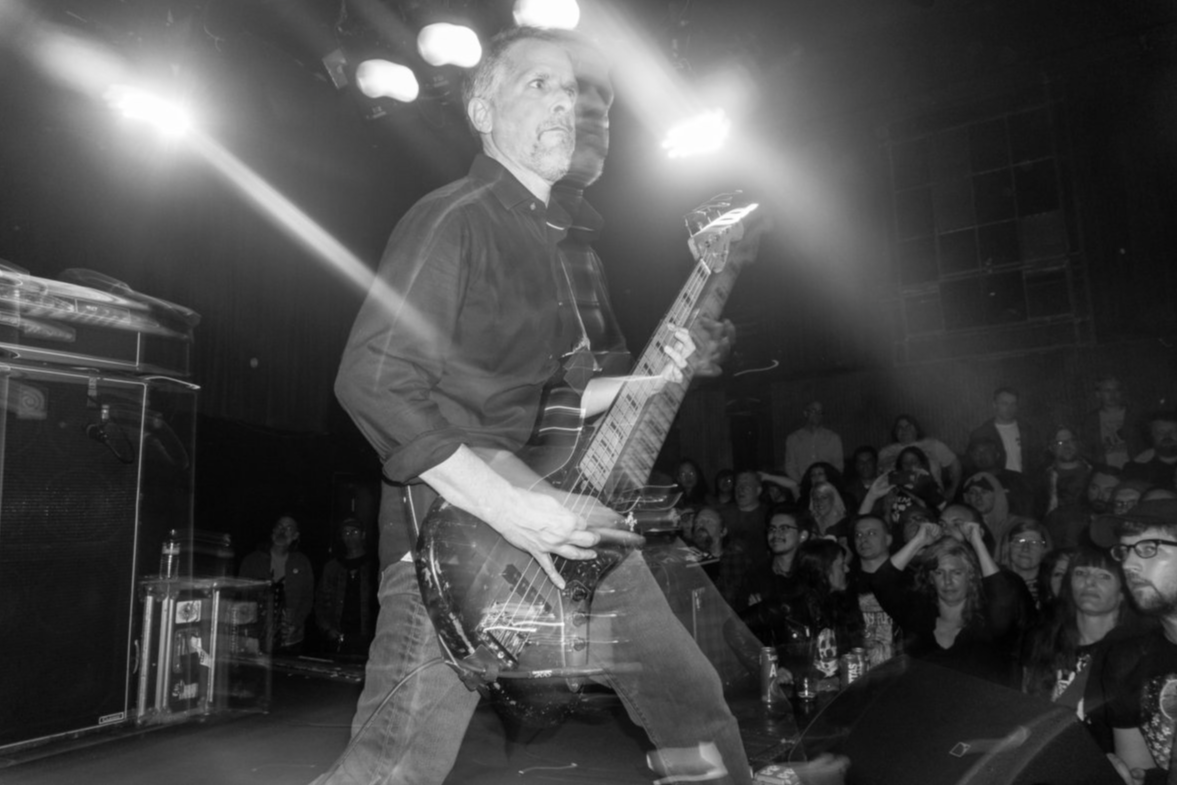 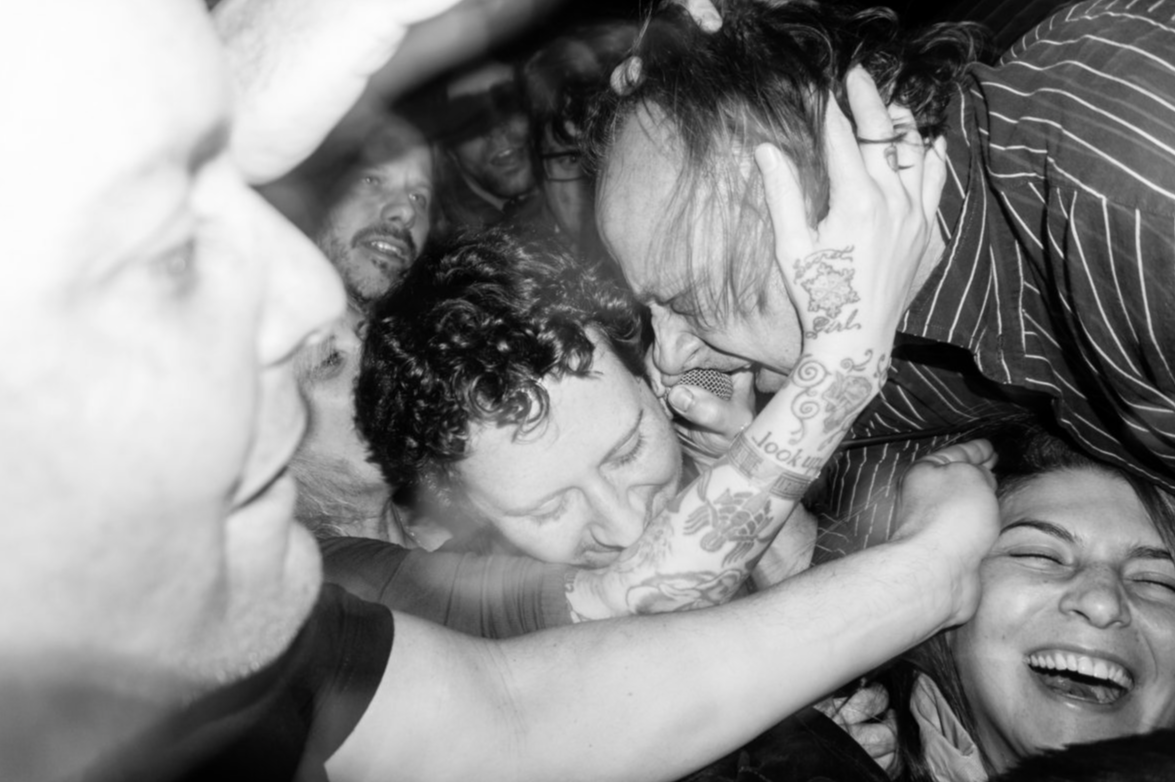 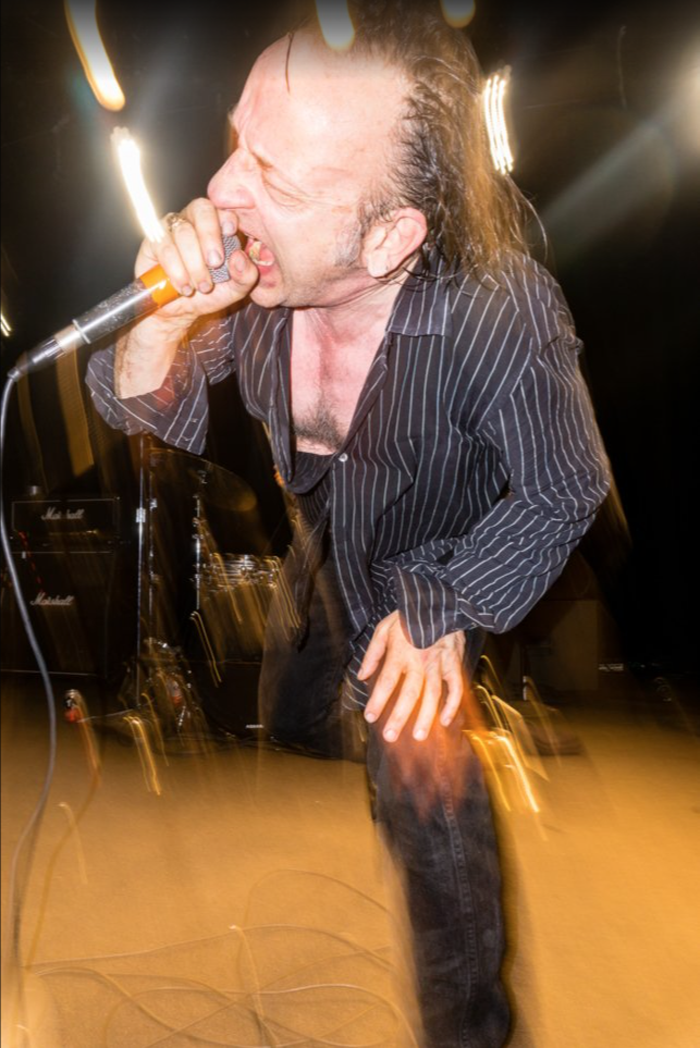 The fact that I first saw them in this very venue twenty-five years ago was not lost on me in the least.

Though this time around, there was probably a bit more great hair in the crowd, and maybe an additional pair of glasses of two worn on the faces of those present to behold the spectacle, it was just as fierce as ever.

As the venue belched out its occupants into the street, I wove through the crowd, drenched in sweat, blissfully happy to not only have been a part, but to have emerged with my nose more or less full intact.

My modeling career is not yet fully in the crapper.

In other news relating to middle aged punk rockers, how many folks made their way through here on Friday? None? Ok, cool. I’ll go over a bit of neüs we broached then.

In said post, and among other topics, Hurl from Cars-R-Coffins got in touch with a bit of info about some new goods in his store.

I was pleasantly surprised when the very next day a box full of treasures, including one of his new bottles showed up at my house; If you order a bottle will you get a completely rounded cassette cog in a Spooky Bikes catalog that’s snuggled up next to a Rock Shox seatpost?

Who knows? One thing that’s for sure is every package I’ve ever gotten from Hurl has had an entire garage’s worth of collection lovingly packed into it so I’d say it’s a better than good guess.

Lastly, it was about ten and eleven years ago when after about ten years of trying, I finally completed the Mike Ferrentino conceived ’30 in 30′, (a challenge I later learned he never actually completed himself.) Folks who’ve milled around these parts might remember the daily journal I kept on How To Avoid The Bummer Life (as it turns out, one way to avoid it is to not try and ride your bike every day for thirty days in a row.)

If time doesn’t allow, then one must go and do the unthinkable and spend at least a minimum of an hour on rollers.

As I mentioned way back when, the physicality of it isn’t so much the issue as the logistics.

It’s truly an exercise in discipline, of which I have none.

Anyway, after mentioning it the other day, Snakehawk enthusiastically jumped on board.

Two days later I then did so reluctantly; 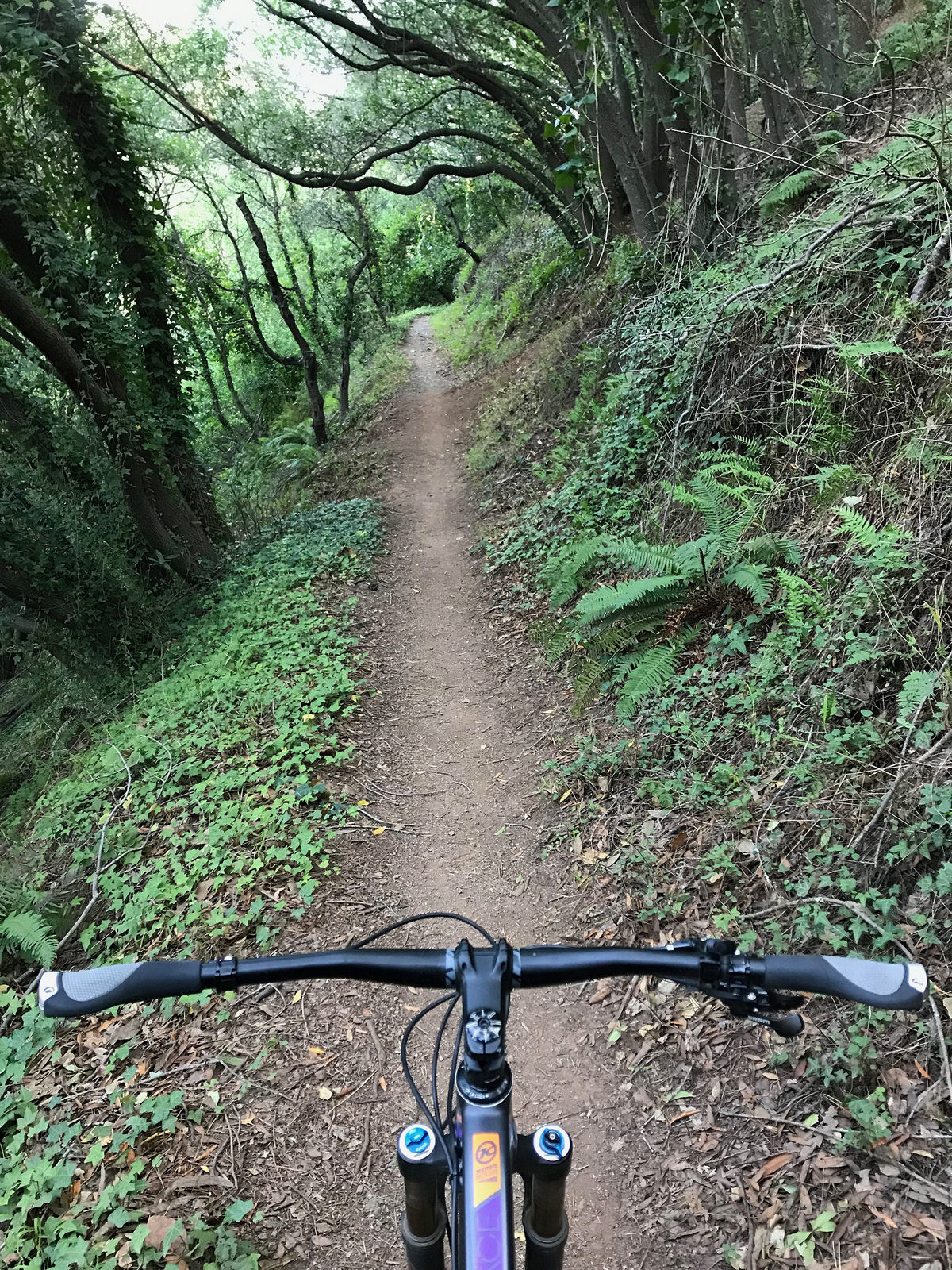 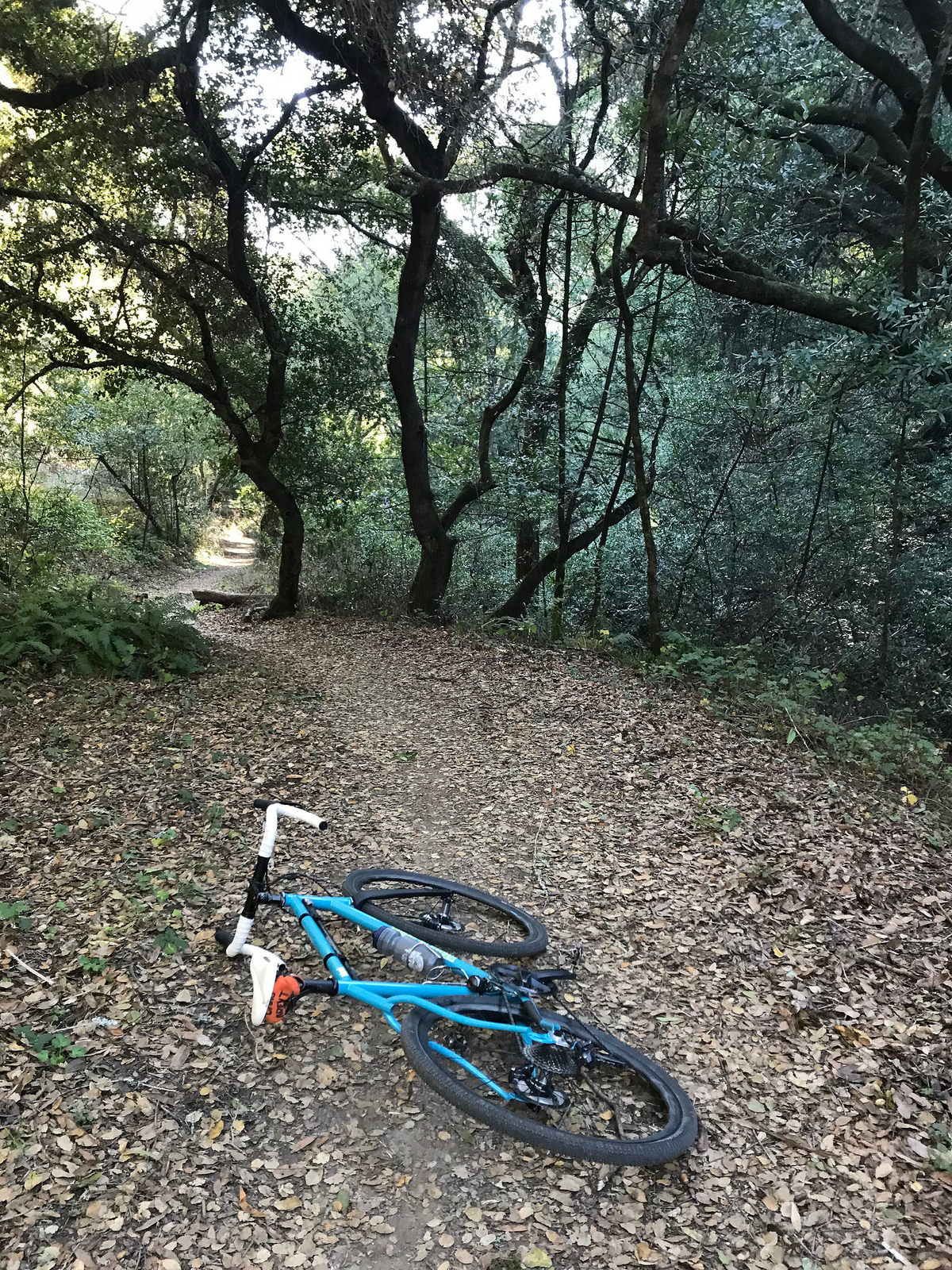 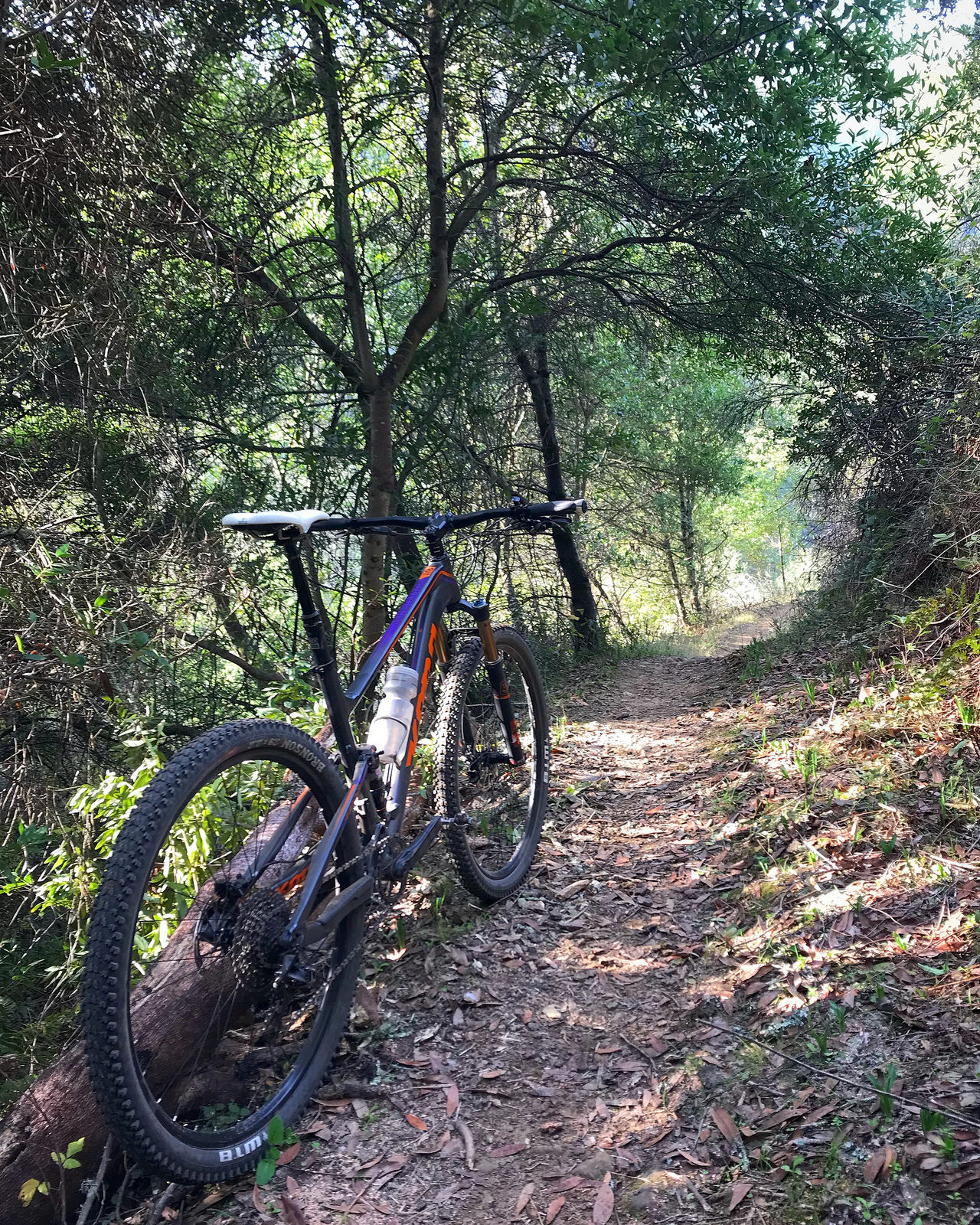 And it was then that the bottom fell out of both my and Snakehawk’s efforts.

Besides which, my ‘trainer’ told me the only reason anyone would do this was because they hated themselves.

I hate to agree, but I will.

If anyone would like to give it a shot, I encourage you.

As I said, it took me about ten years of sporadic effort to finally pull it off, and then I knocked it out two years in a row, never looking back.

Not sucked like a last class ticket on a poo train, but it was on the same general track.

3 Responses to “The Monday train is pulling into the station.”