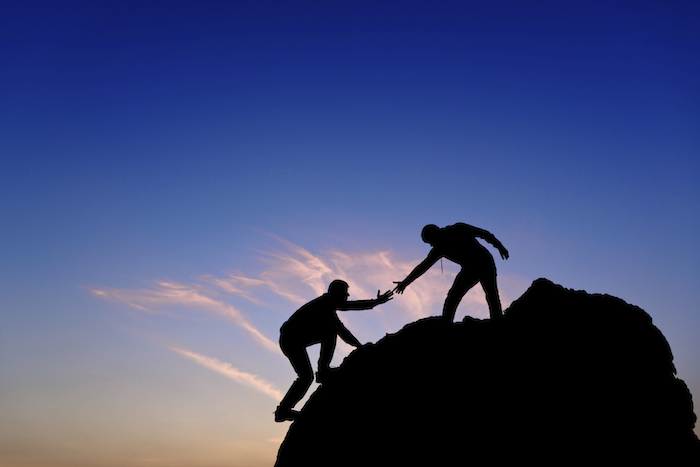 You absolutely know immediately after the photo was taken, the climber on the right did the ‘psyche!” thing, and pulled his hand back to fix his hair.

I know I woulda.

But that’s only when I’m on a mountain with a buddy whose wellbeing hangs in the ballance.

In the real world and the here and now, there is no room for such shenanigans.

Shortly after I published the year’s first post, I had some email exchanges with Aaron Edge regarding that post’s review of his latest musical project, Bible Black Tyrant. During said exchange he’d mentioned he’d just come home from a trip, and as he was getting off the plane, collapsed due to nerve pain related to his battle with MS; This was heartbreaking to me, as I was under the impression he was doing better these days.

Beyond simply covering medical expenses, managing his job keeping people riding their bikes is clearly out of his question right now, so his friend Brandon has set up a GoFundMe account for him.

As anyone who spends any time lurking amongst my musings knows, crowd sourcing generally irks me, unless it’s for a situation like Aaron’s.

If you had even five or ten bucks you could throw his way, I know better than anyone that every little bit helps.

On behalf of Aaron, his friends, family, his little cat, and everyone else who cares about him, I sincerely thank you; 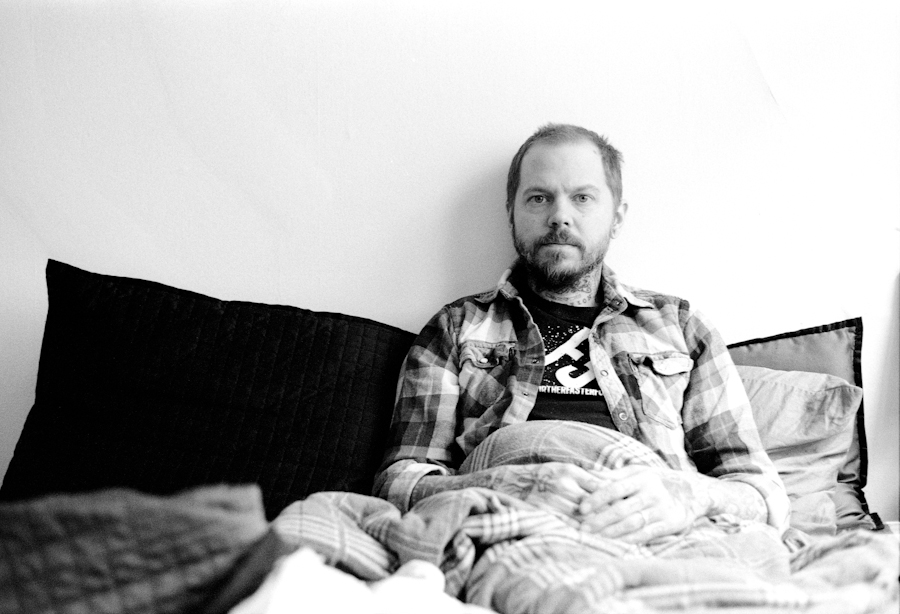 Though it’s not necessarily an example of friends helping friends, I’d reckon the following bit of news qualifies as friends kicking ass and taking names.

While working diligently with his nose to the grindstone, and committing to supporting his community, it seems as though Unity Skates’ Jeffery Cheung has gotten the attention of the New York Times; 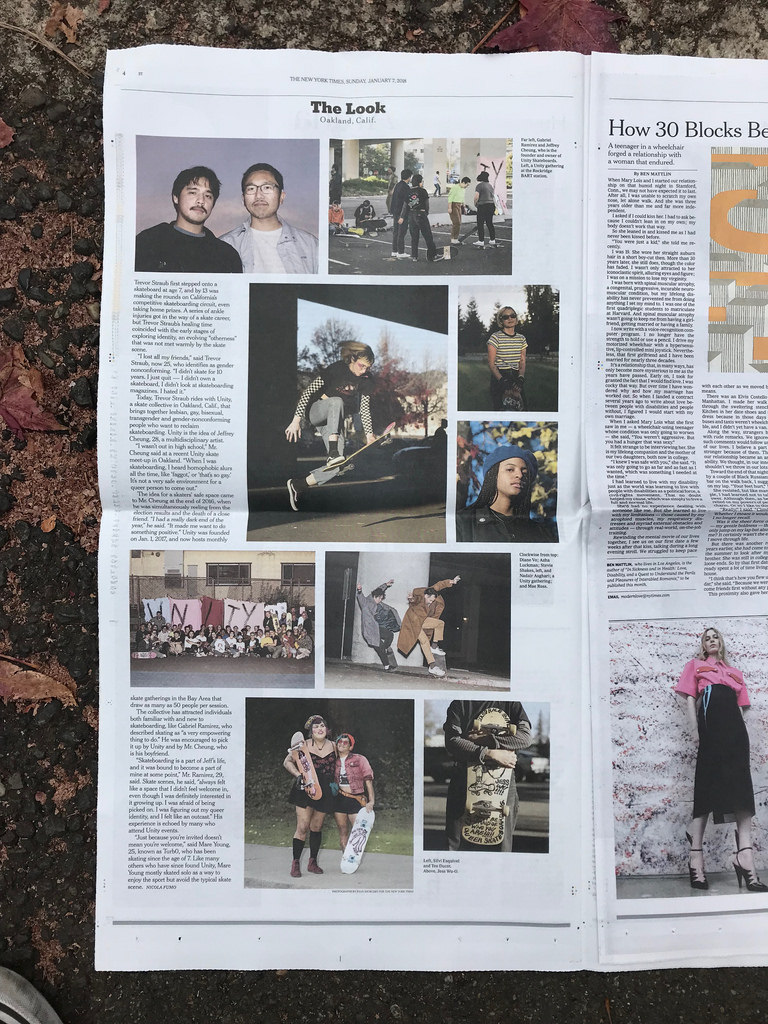 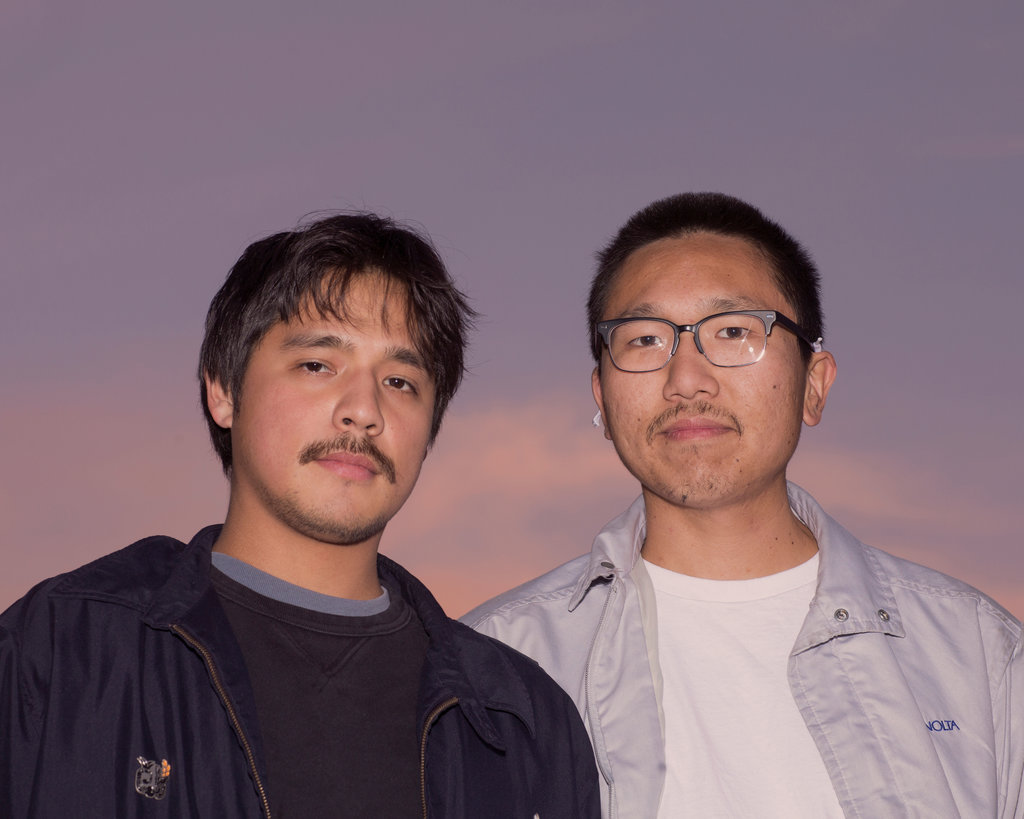 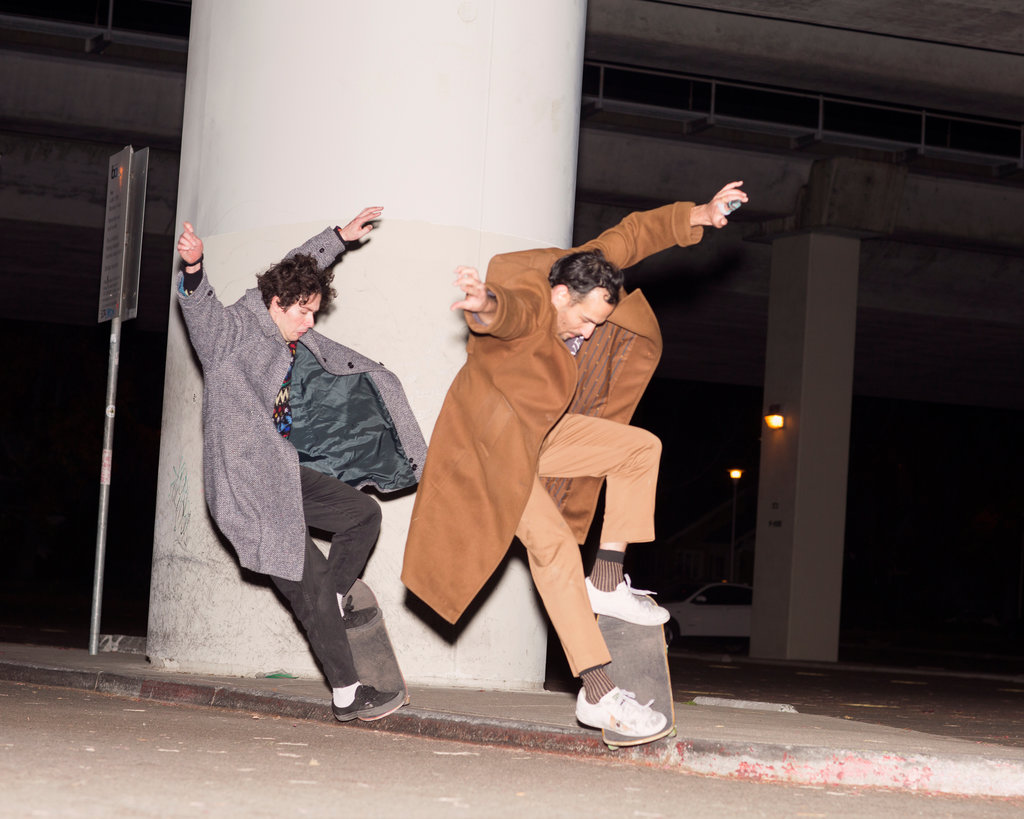 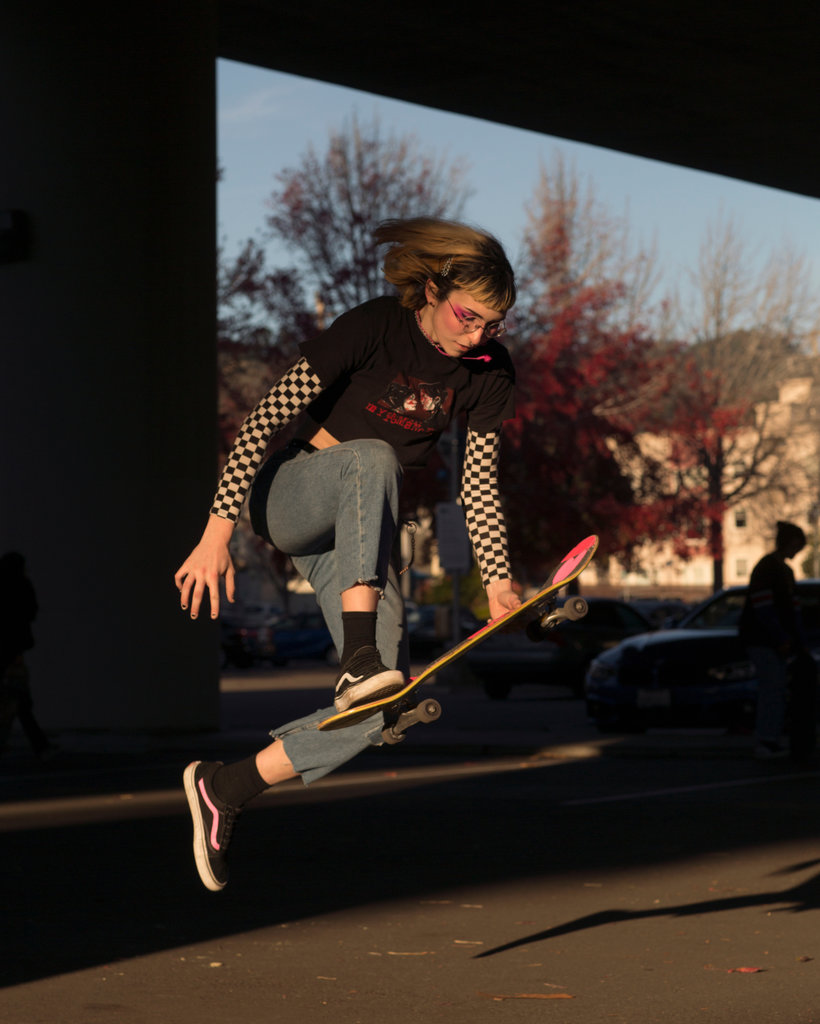 I’m over the moon about this.

Jeffery and his crew are such nice people, and have welcomed me into their fold with open arms.

I couldn’t be happier for them and this mainstream recognition of simply doing the right thing and being good people.

Lastly, and relating to life with a rollerboard, on Friday I mentioned an art/music show that was going to be opening that evening in San Francisco, featuring past and present members of the Deluxe Distribution art department; I arrived fashionably early, and the place was already nearly packed to capacity. I slid through and snapped a shot here and there, finally settling at the end of the bar where I nursed whichever beer I happened to have in hand at that particular moment; 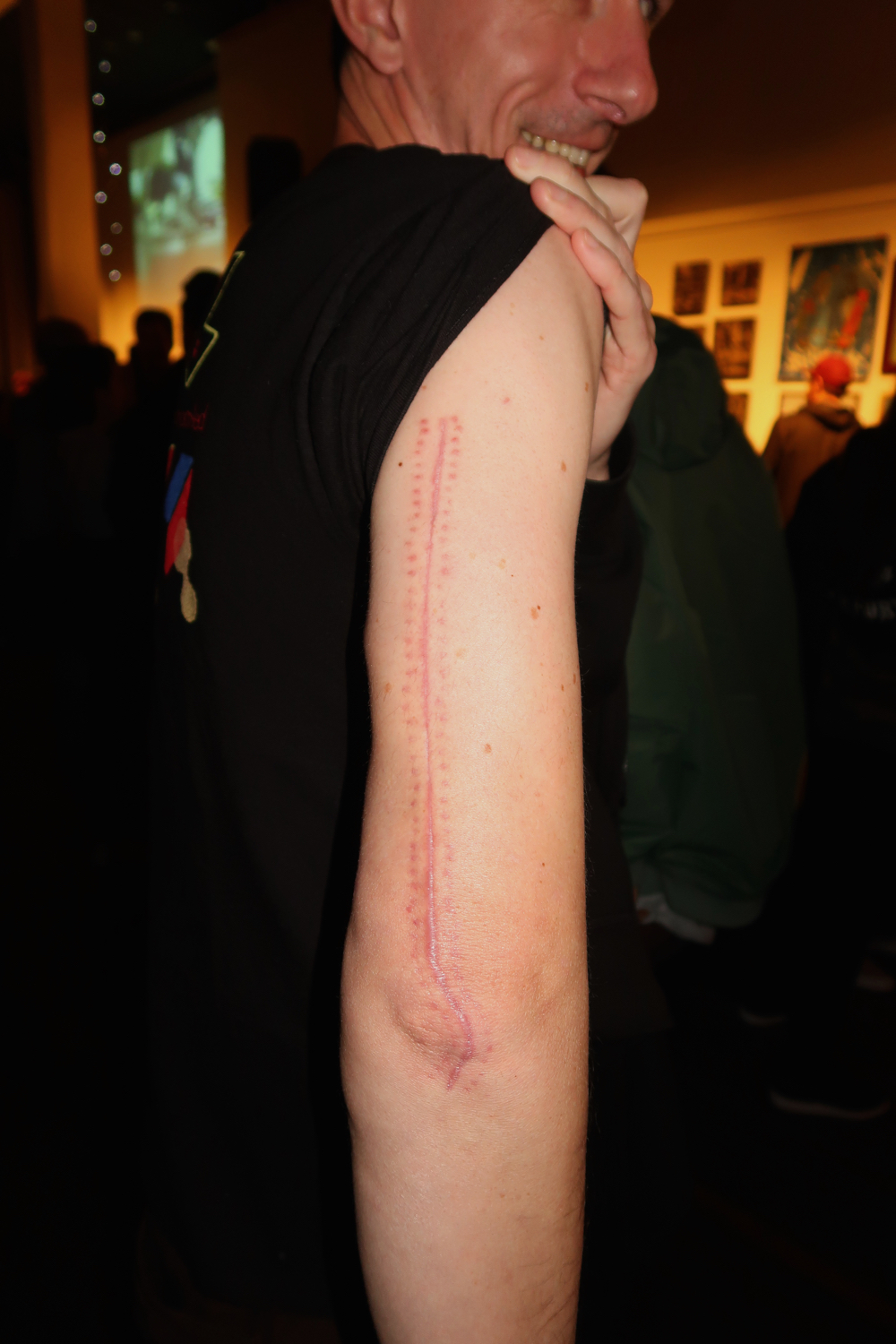 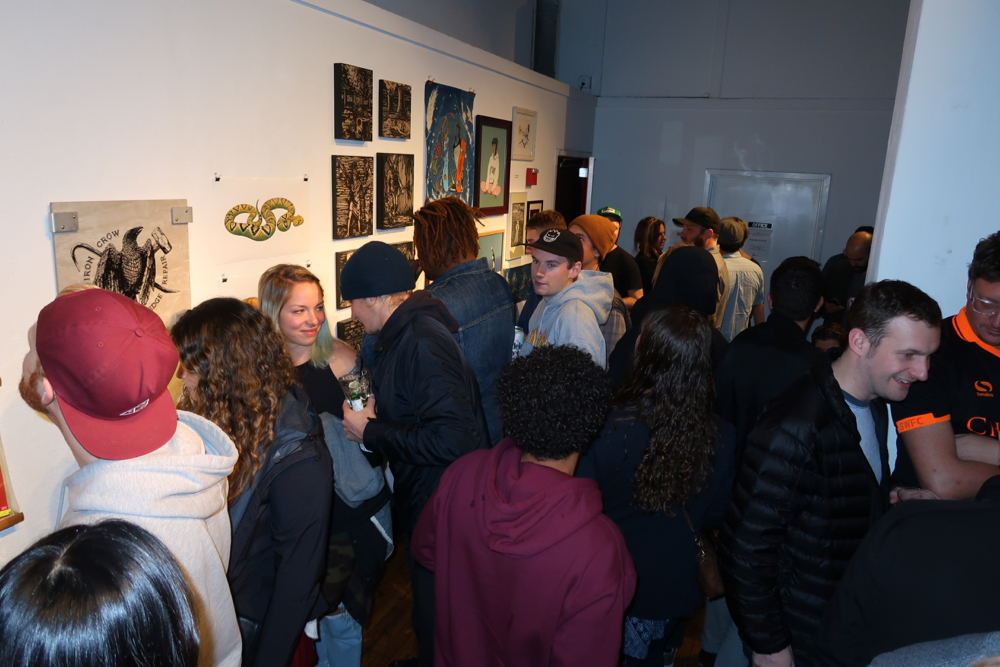 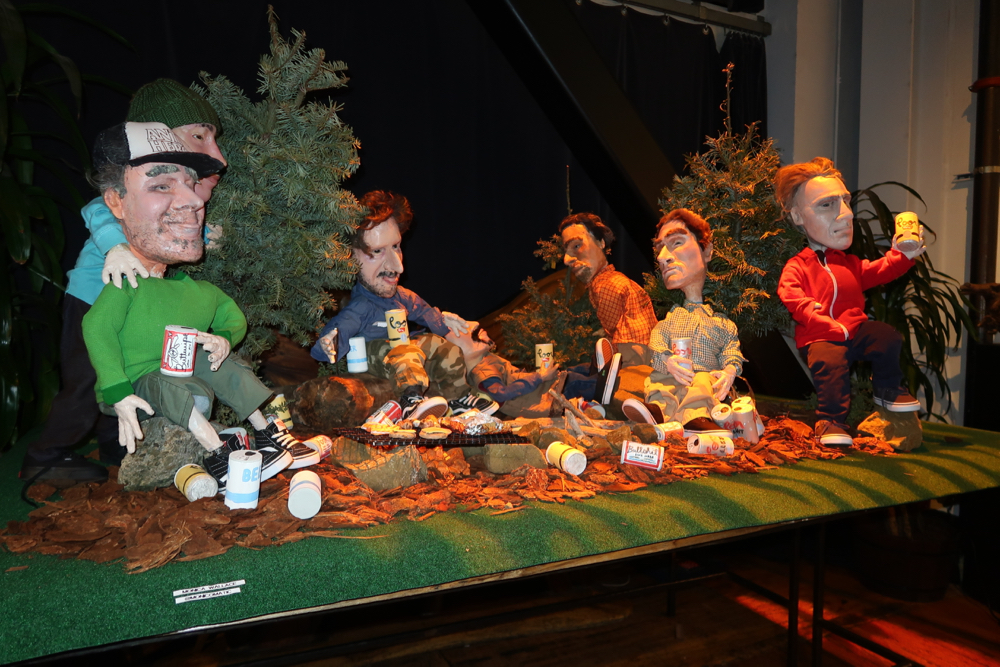 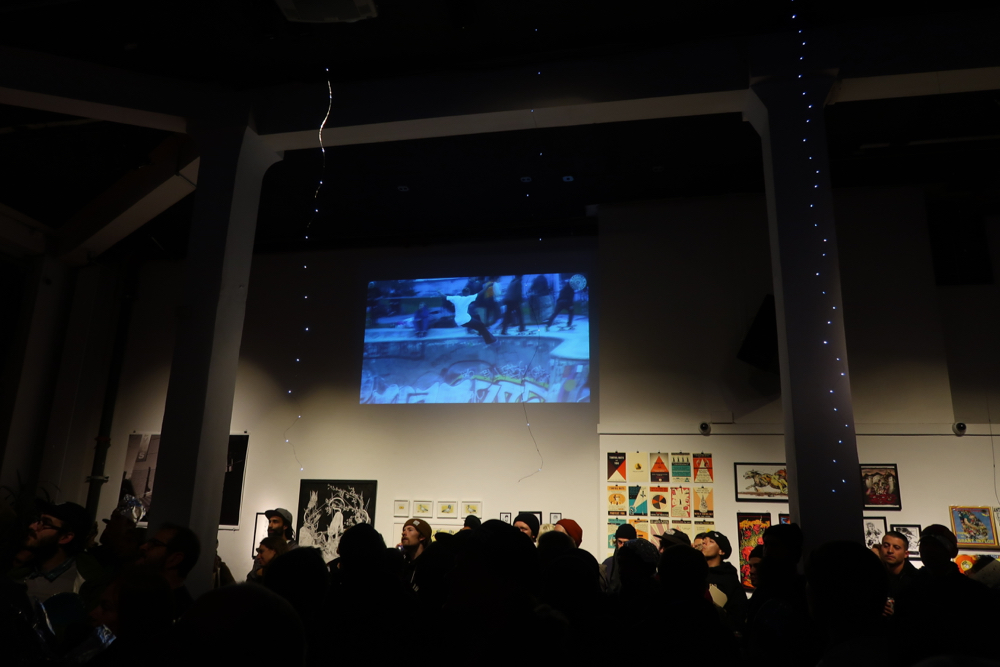 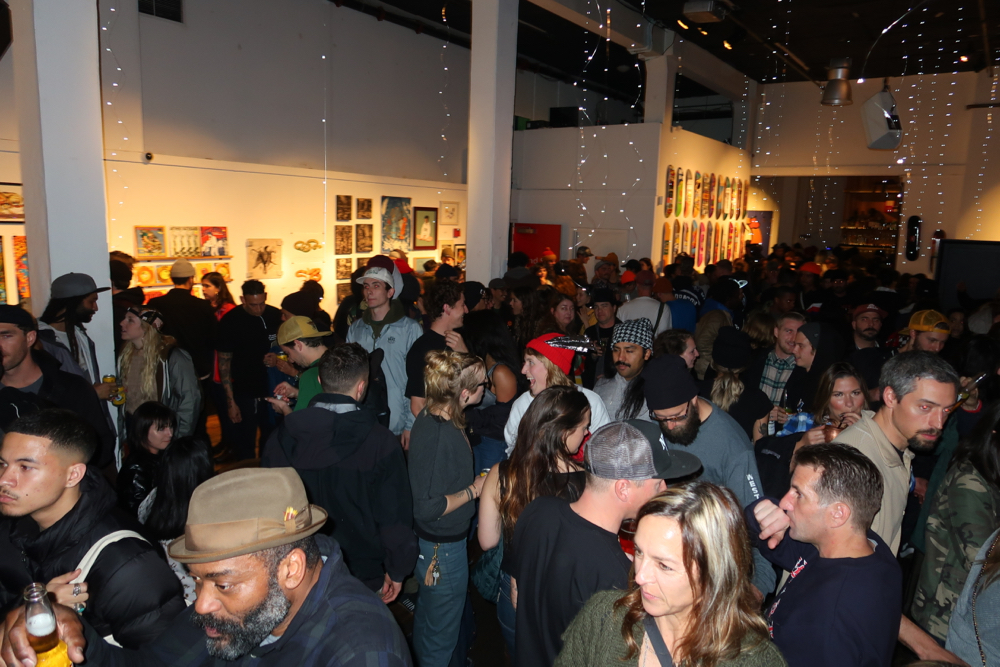 It was an amazing installation, with sounds provided by DJ John Cardial, Tommy Guerrero, and Big Hongry.

Truly an event for the ages.

My memory of specific events is a little fuzzy, primarily due to my forever get out of jail free card that was presented to me about six years ago by Big Dave the bar manager; 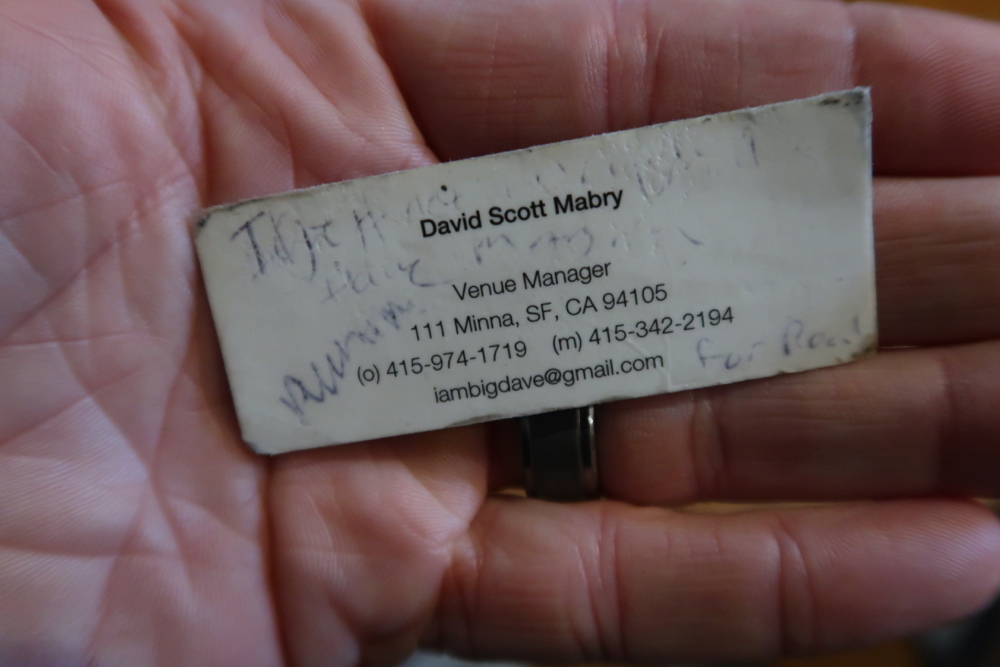 You can’t really read it any longer but that basically says I get ten free drinks. I’ve used it for roughly the last 500 drinks, and on Friday Dave said that it was good forever.

If that’s not a case of friends helping friends, then I don’t know what would be.