Not at all an appropriate image for Monday, but one from the archives that I’ll use anyway.

Firstly, good morning, and I hope your Saturdays and Sundays at the worst were really good, and at the best, were the very best.

As the years go by, I find I appreciate weekends more and more, though due to the increasingly growing population here in the Bay Area, riding bikes is generally a thing I no longer do on those days. When I do a thing to be alone, I want to at least create the illusion that I am. However, when you’re either on the road, or trail, tip to tail with a bunch of other stretchy clothing wearing clowns, It’s difficult to maintain that ideal, however false it might be.

So anymore, my weekend days have generally been spent hanging out with grownups in a dirty parking lot;


An added benefit is that this spot happens to be on a route where lots of bikecycling friends pass by, so while I’m spending the day drinking beer, and falling down, I get to slap hands with an array of my bike dork compatriots.

Anyway, I do so love my sunny day curb play time, and as of right this very moment, am just about two and a half weeks away from taking on a delivery of AHTBM signature wooden toys on which we can continue to do it.

I’m so excited, and honestly, I just can’t hide it.

Moving on from treats for your feet and backaches, I would like to visit a topic I’ve long adored, and that is Stockholm, Sweden’s Hellacopters; From the first time I ever heard them at some point in 1995, I was entranced. You see, when I was in college and for a short while afterwords, I made a fanzine focusing almost exclusively on bikes and 7″ records. It was during this time when I would occasionally get records sent to me for review from bands, and small emerging labels alike. In amongst the various shipments, I got a record from a band I had at that point never heard of before; 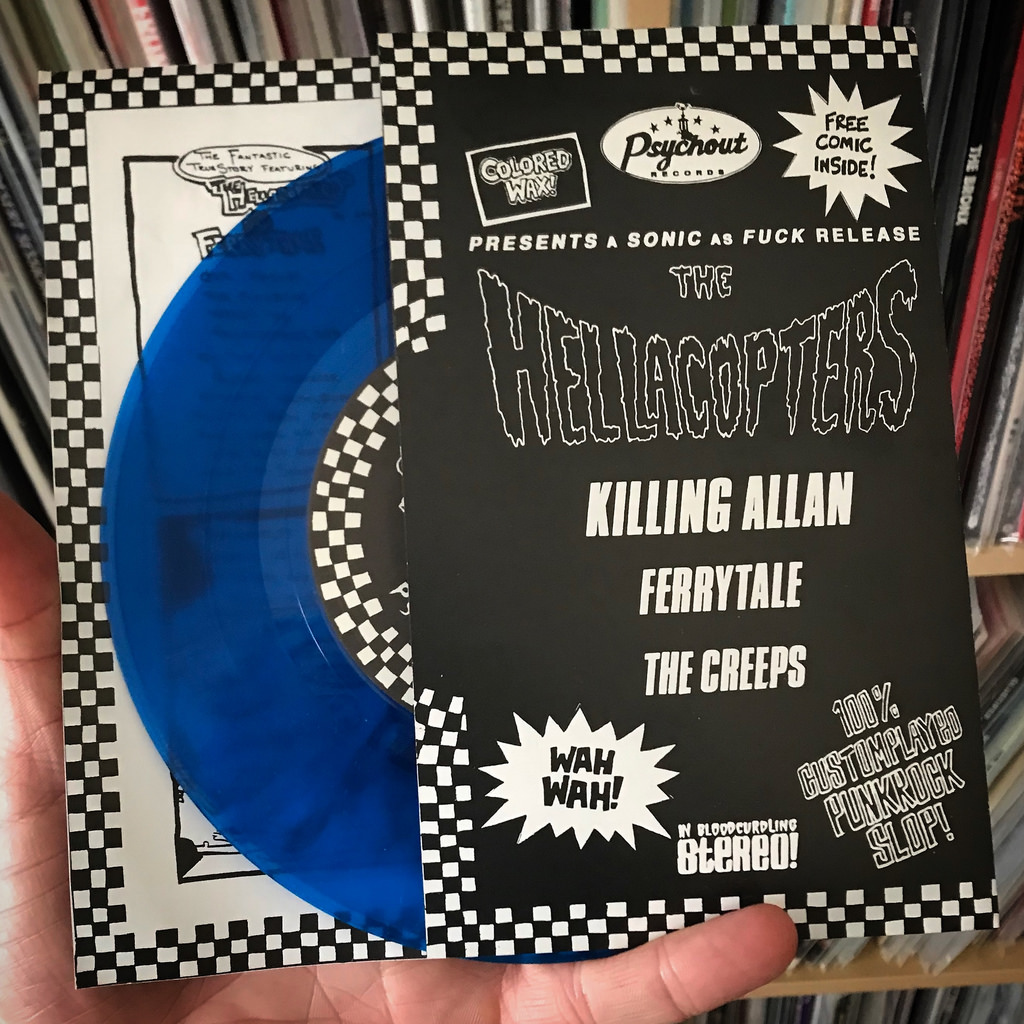 Blue vinyl? A comic book? A version of a Social Distortion song that was actually listenable? By god, these rock and roll Vikings had my heart at go.

I’ve been revisiting their catalog recently, and as it turns out, am just as enamored now as I was on that first day over twenty years ago. And of course, with the rabbit hole that is the internets, I’ve come across some gems I hadn’t seen before, such as this live performance at the 2017 Roskilde Festival, in which founding guitarist Dregen fills in for then-recently deceased Robert “Strängen” Dahlqvist;

If you care, the entire show can be found here.

What’s more, this particular song and I found one another again at an especially relevant time;

Way too late to set things straight.
Push too hard by keeping me waiting.
Going down, no way up.
No use in telling you you’ve been fucked.

Slow motion shadows, no one around.
Silence ringing with another sound.
I got cities burning in my head.
My mind’s ghouls gonna get fed.

It all is truly enough to bring this grown man to tears.

They are both a band and a sound, neither of which will ever be matched.

I suppose while we’re on the topic of extraordinarily special entities, I would like to direct your attention to a feature that was recently published by Banjo Brothers called ‘Five Things‘, this time featuring One On One Bicycle Studio co-founder Jennifer Oberpriller; 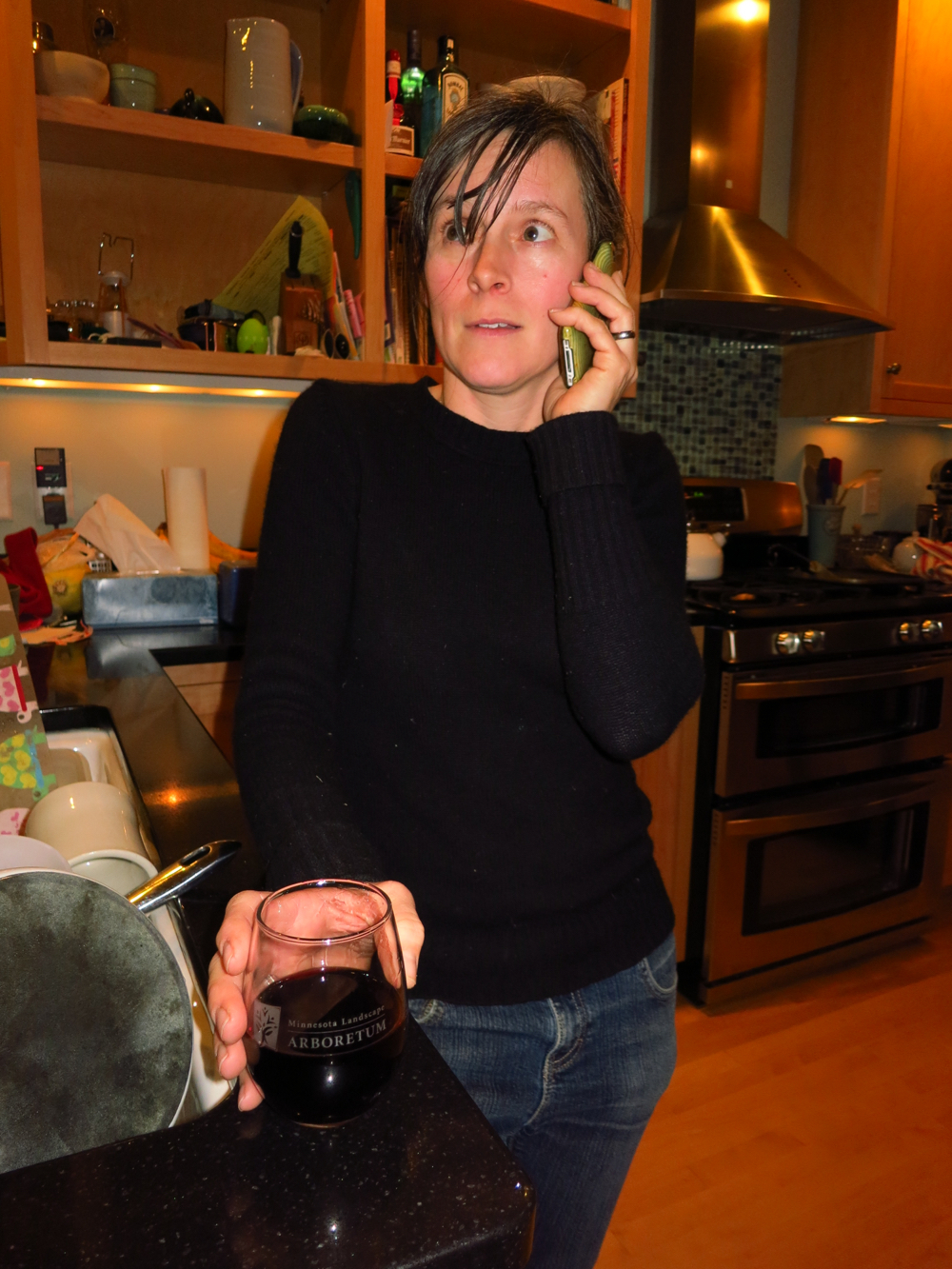 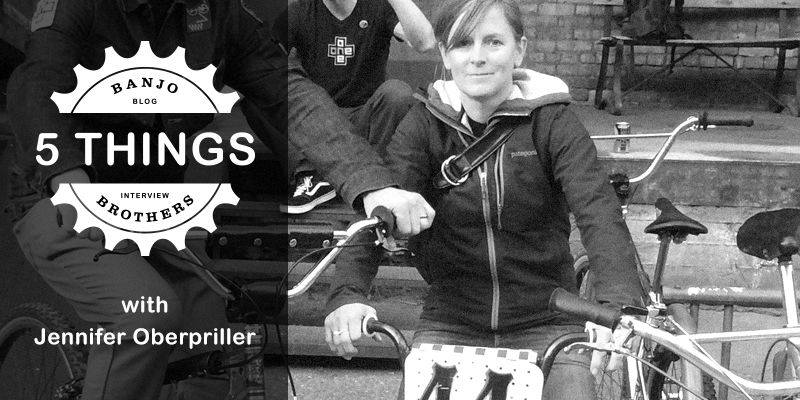 Or, as she’s affectionately known, Catboxxx.

Though I can’t currently remember if that’s spelled with three or four Xs.

Since the Studio’s opening, and for years before, Jennifer worked diligently behind the scenes with little to no recognition, and I’m thrilled that the Brothers Banjo helped shine a light on this powerhouse contained in a tiny body.

If you happen to find yourself darkening One On One Studio’s door at any point now or in the future, search out Jennifer, and give her a hug of thanks. She is just about as fine a human being as ever existed.

Having said all of that, I will now punch Monday square in the mouth with my own.

With wishes of health for your own crooked jaw, it’s my sincere hope for you that it isn’t the other way around.

One Response to “Putting my Monday where my mouth is.”