“Bottom feeding is for poseurs. We live down here.”

Kicking off today’s efforts, I would like to introduce you to Joe.

Joe is a man child in the employ of Kona Bicycles, and as an employee of the company, they thought it wise to give him a little bit of on-air time;

90% of all of my Joe time over the last eight or so years has been fuzzy, so I can’t say for sure how I feel about him, but considering the fact I keep going back for more, I have to assume that I feel pretty good about our relationship.

I’m psyched about the various personnel profiles that Kona has been doing recently as they give folks on the outside a peek behind the curtain, and allow a perspective of the company that I’ve always adored, which is a group of quality human beings all putting their money where their mouths are.

And speaking of good souls, and fuzzy memories, might a couple of you recall Friday’s post in which I mentioned the big badass art show that was brewing down in San Diego on Saturday night; 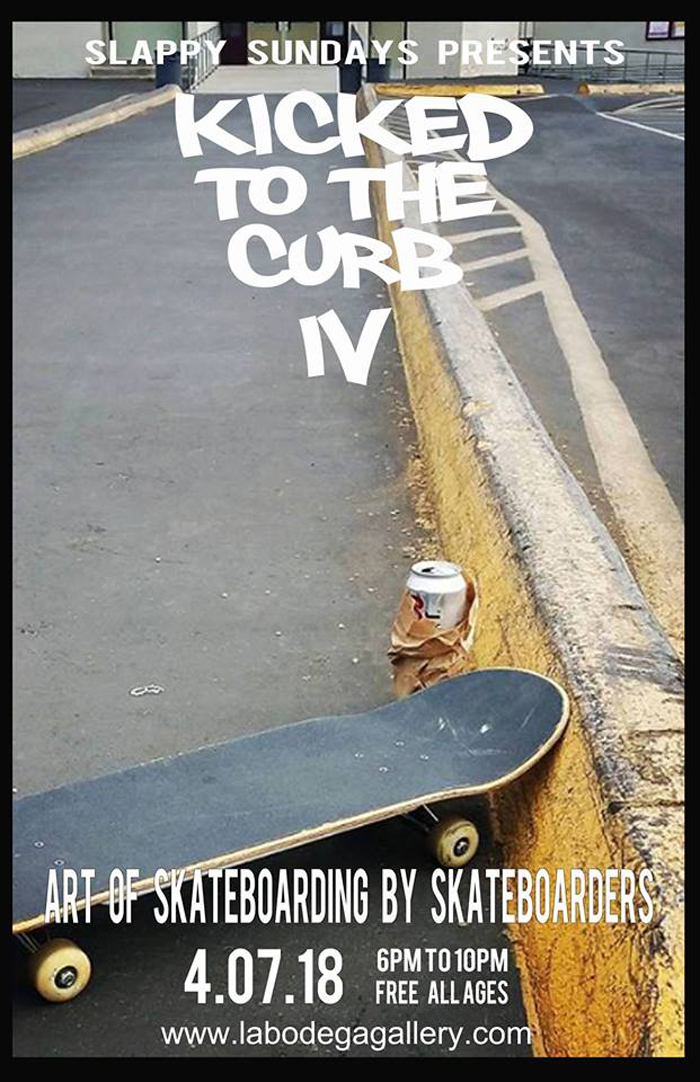 Well, I’d asked both Embry Rucker as well as Miki Vuckovich if they might pop off some shots (in the event that the other flaked), and what do you know, they both came though with quickness.

Firstly, Miki texted me this, so pardon my mess if it gets jumbled, as I had to transcribe it all from my phone;

I told Siri to shoot some fucking photos. Voila; 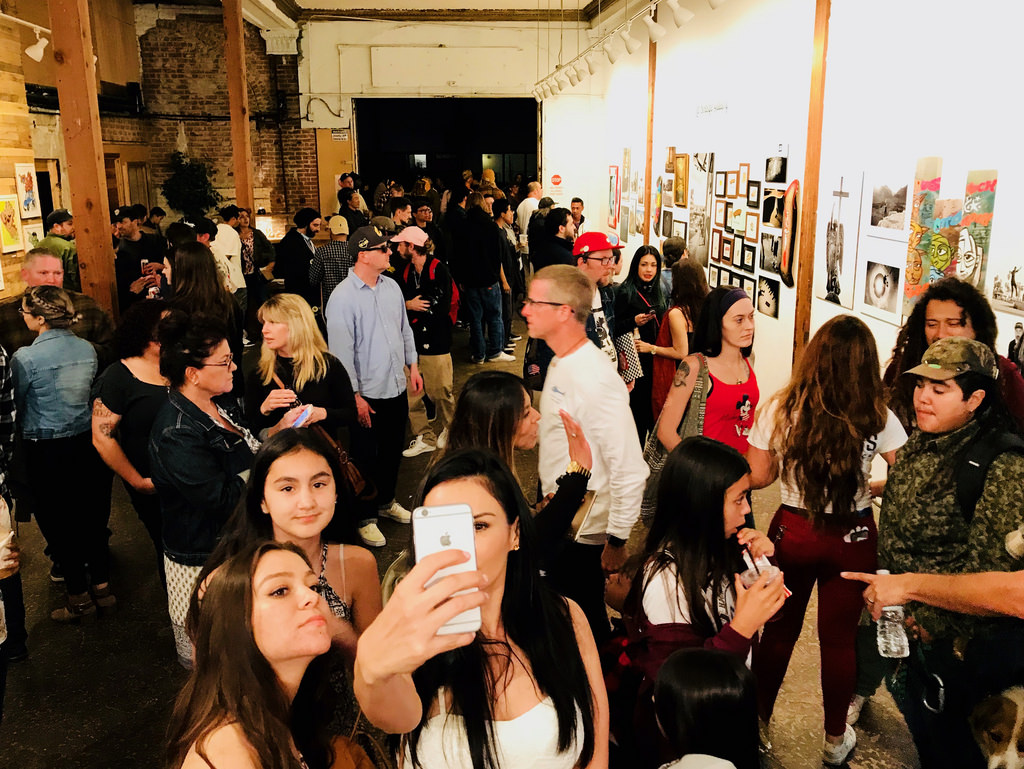 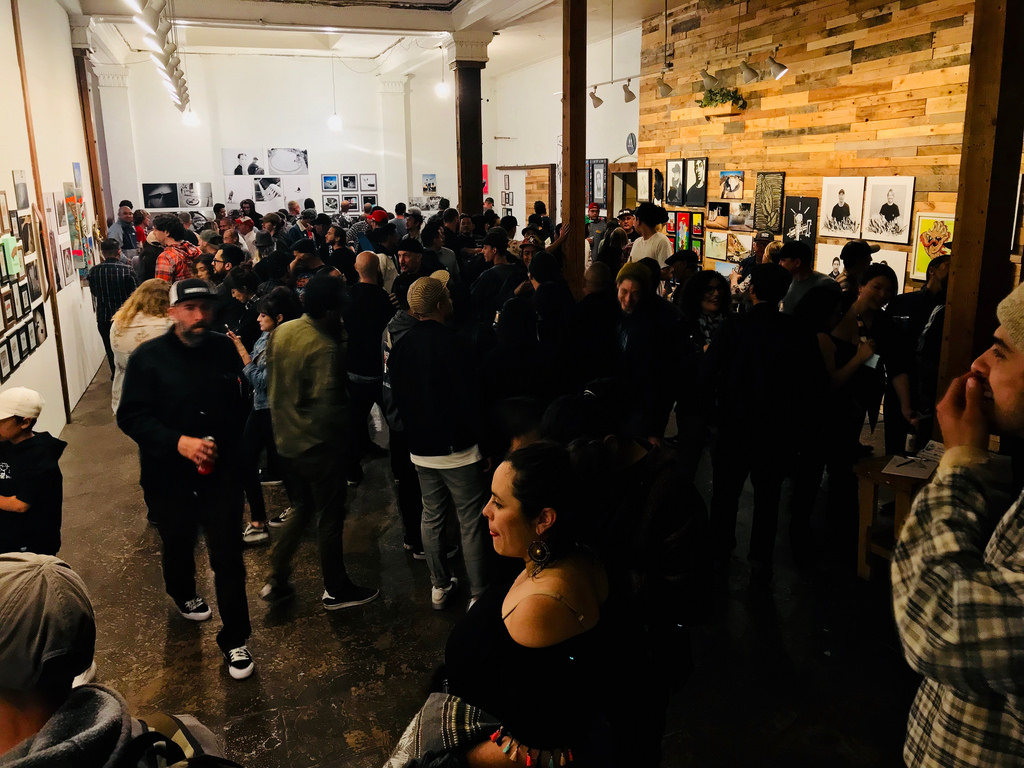 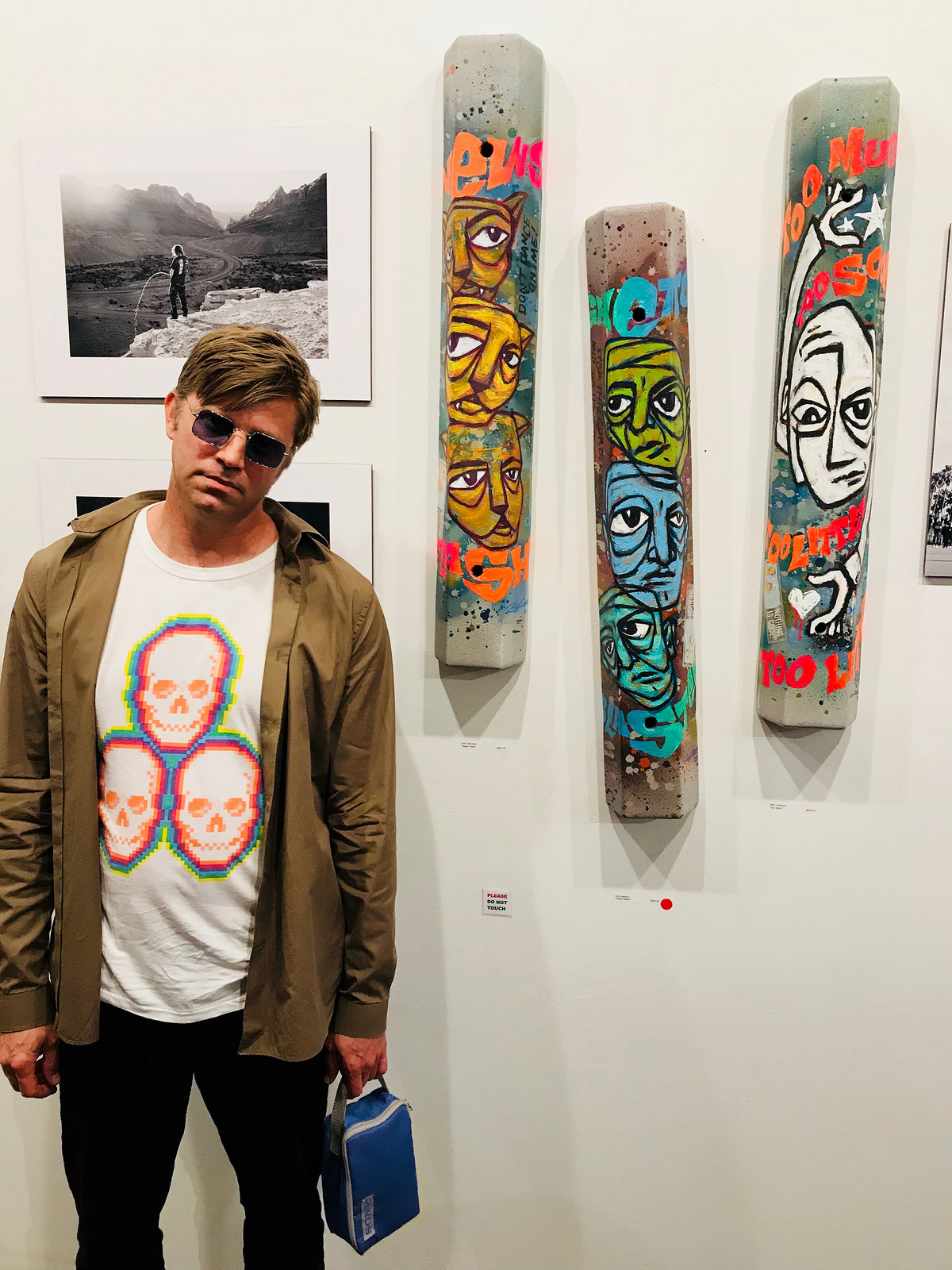 Jamie Muehlhausen, and me; 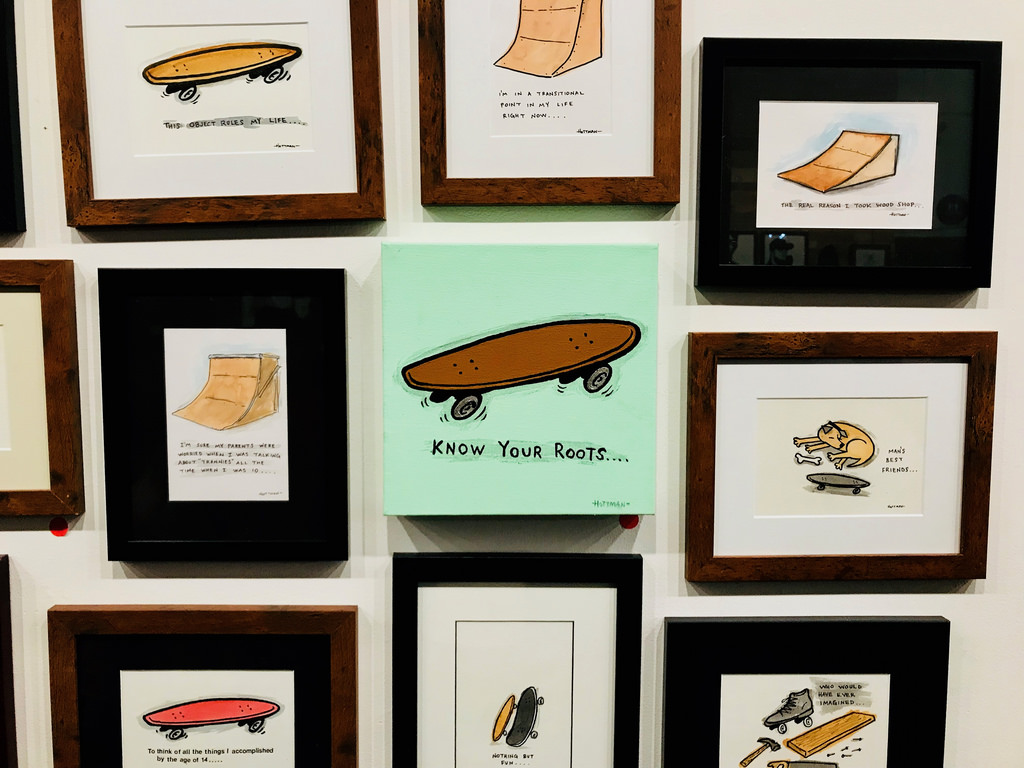 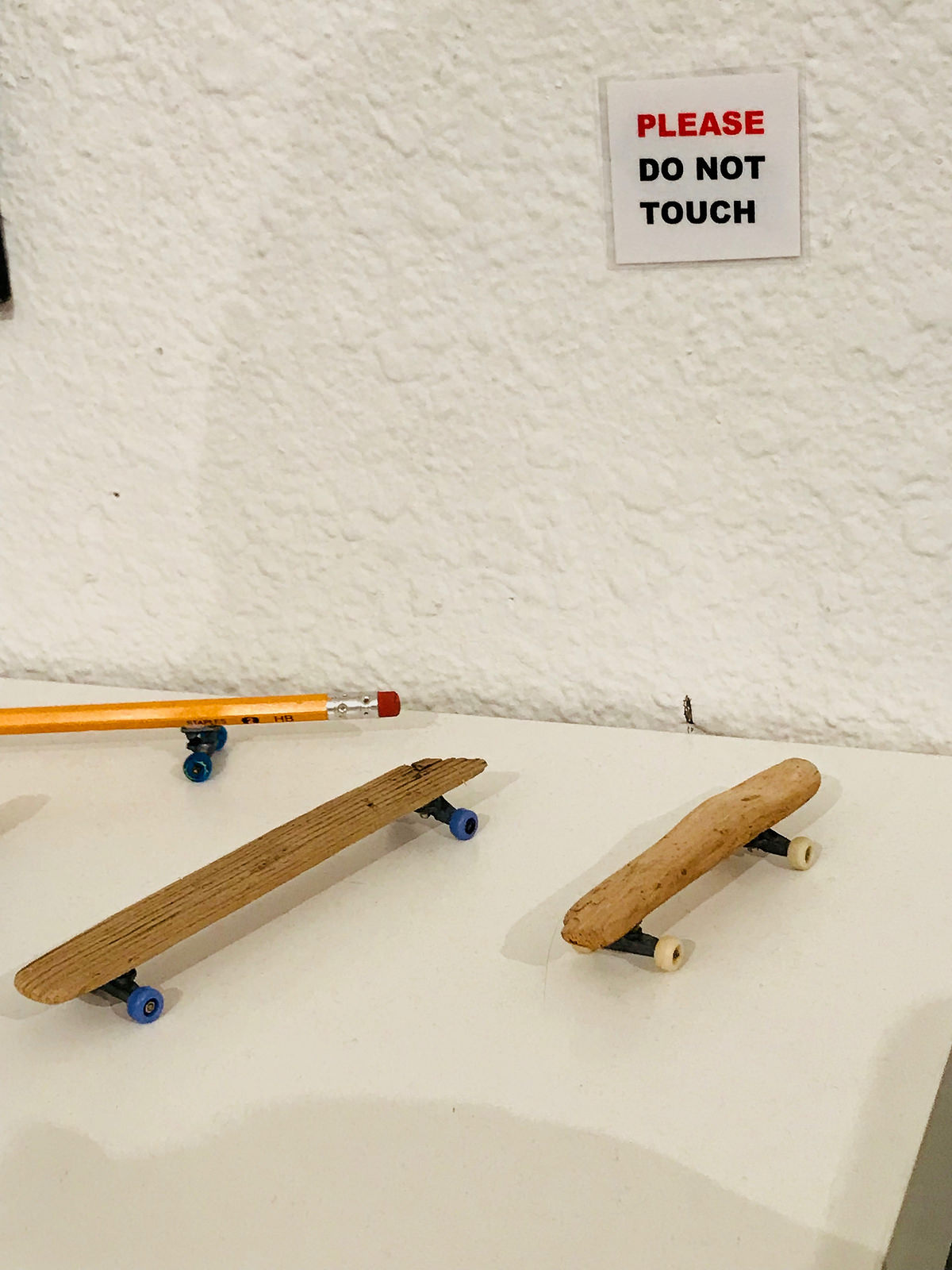 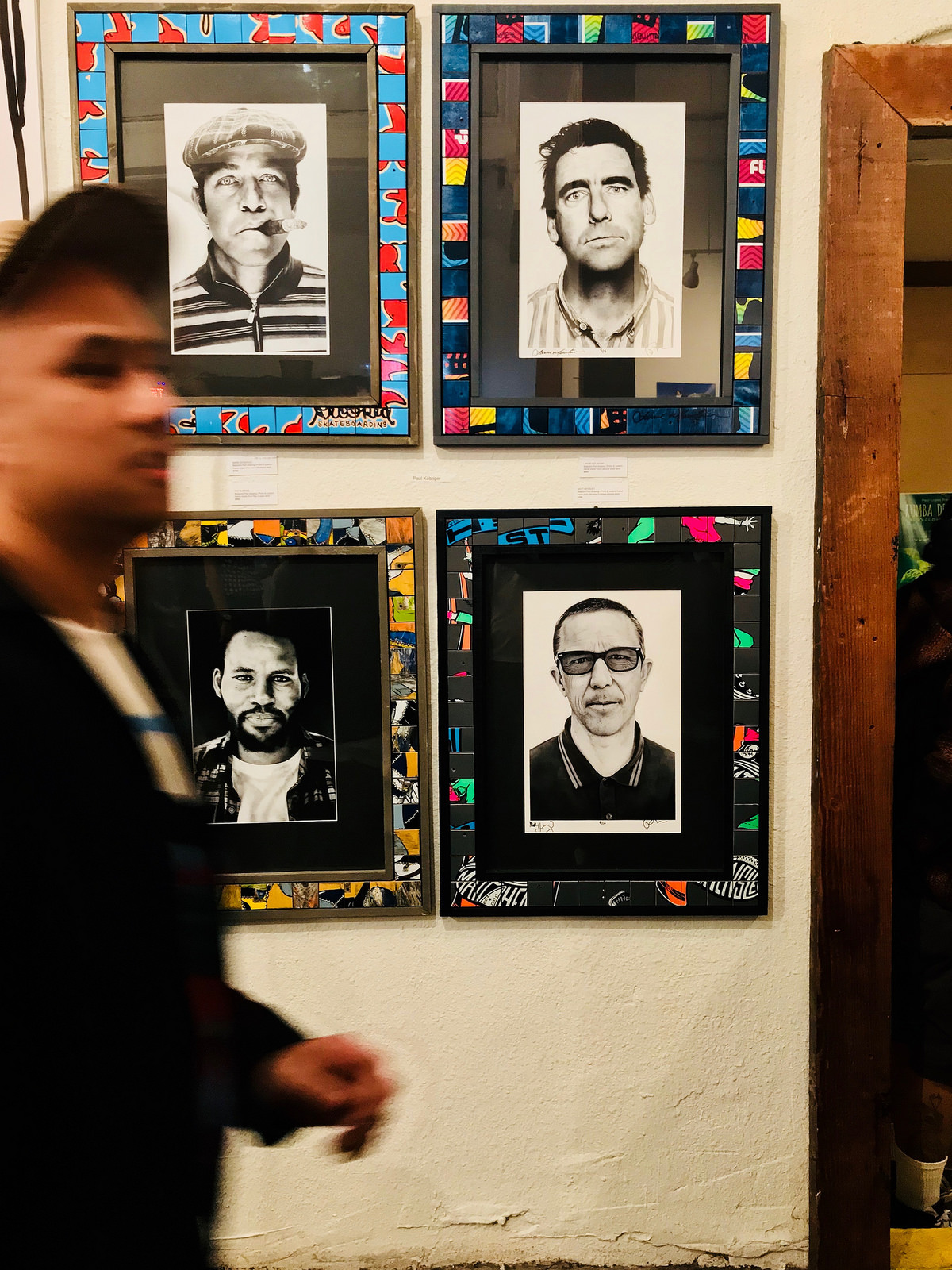 Also, I raced San Diego’s last remaining road race this weekend, (San Luis Rey). Before the start, I run into the race director, Graeme Stanners, who in the late 80s moved over here from Scotland to skate for Foundation. Small world.

Stupid, fucked up world, but a small one nonetheless.

Folks who have been paying attention might recall when I first actually met Miki and described the scenario here; 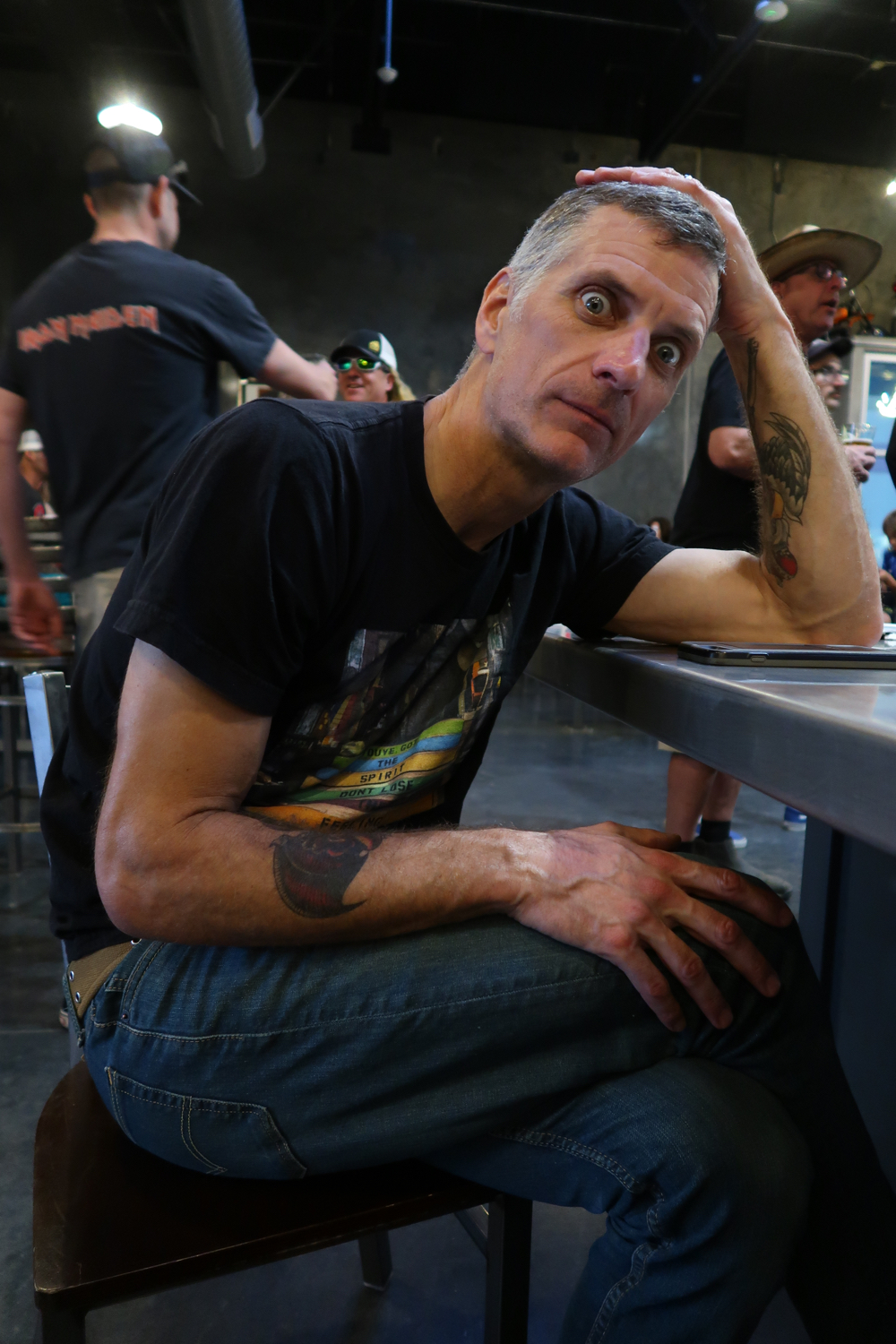 I’ve long been a fan of his photos, and I think it’s pretty badass that he’d grace us with his presence for this here post.

Then, as I also hoped previously, Embry came through as well; 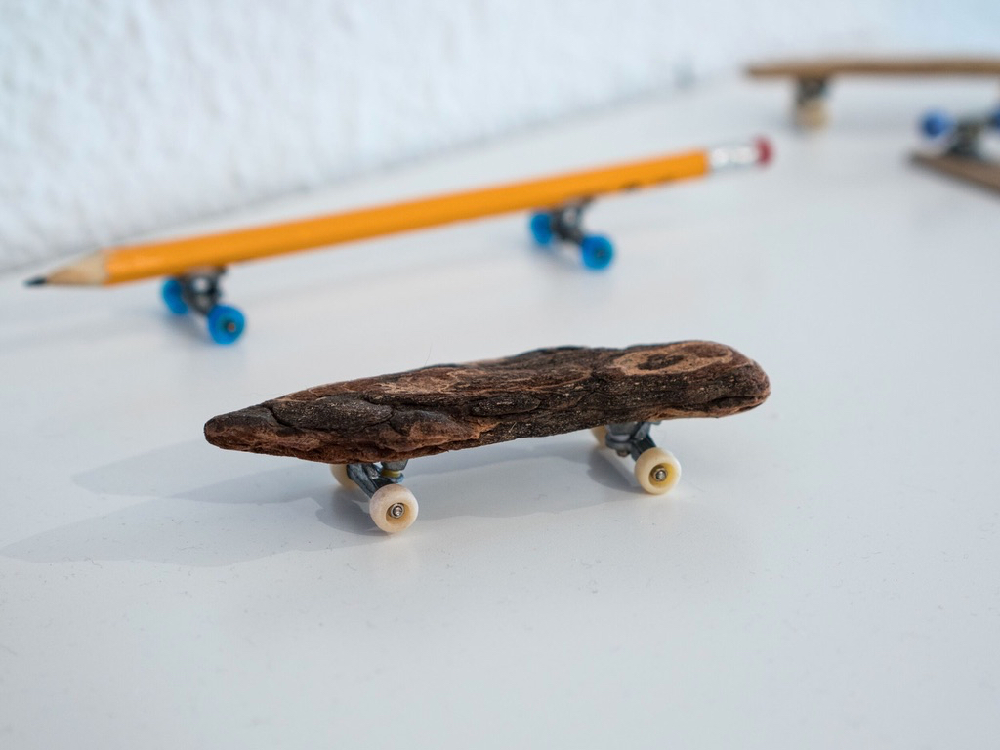 I would like to note that the following two images depicting work by Paul Kobriger are in fact pen drawings; 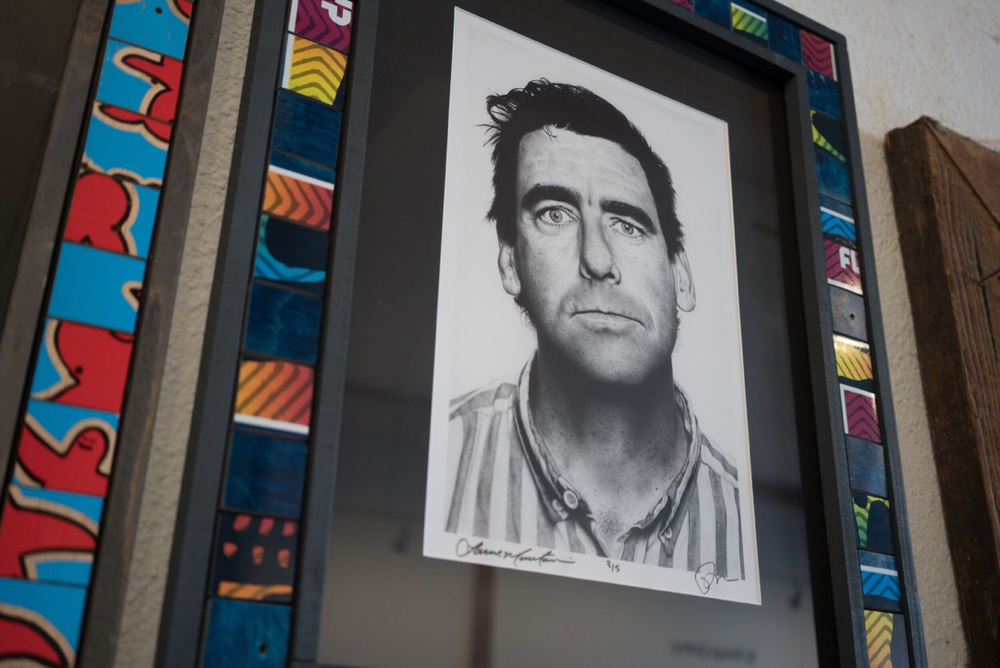 Yeah, so wrap your mind around that for a second… 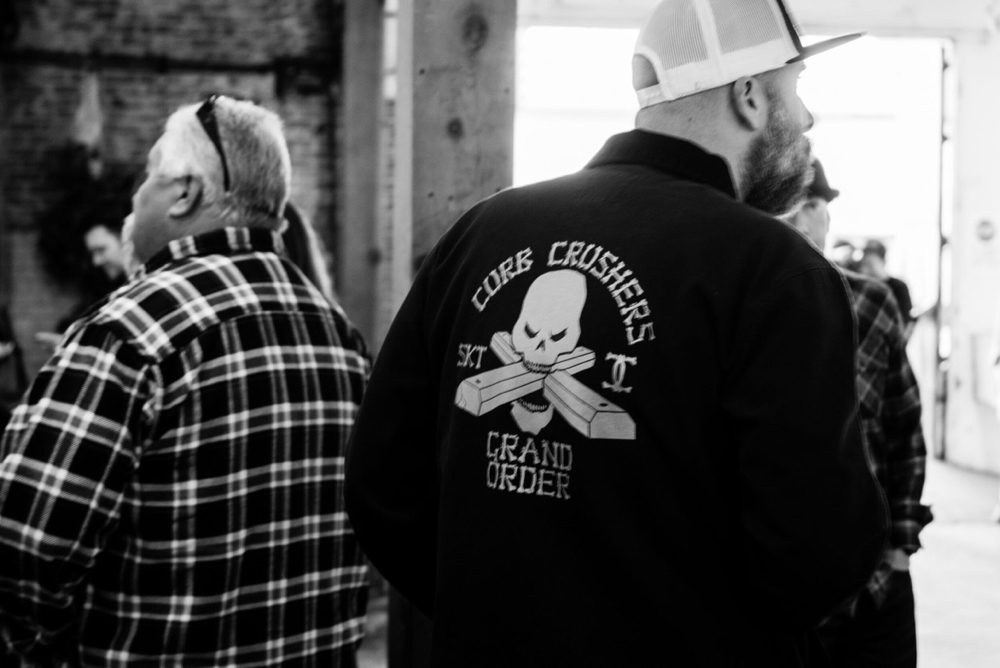 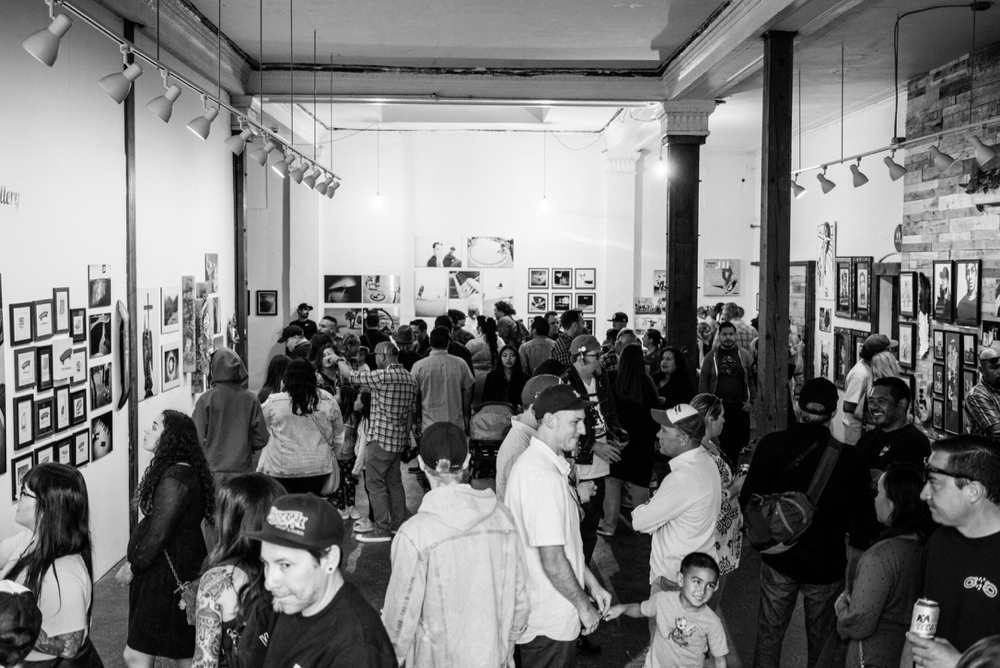 Both Miki and Embry being bike dorks, I think this just goes to show a thing that I’ve promoted, and celebrated since the beginning of time (give or take a few years), being the ever-present link between bikecycling, and rollerboarding.

We all worship in the same house.

And relating to said house, who caught the Roubaix on Sunday?

I didn’t, because A) I wasn’t there, B) don’t have that sort of cable, and/or C) don’t understand how to use the internet.

Upon my initial investigations I concluded that ‘Dre won it again; 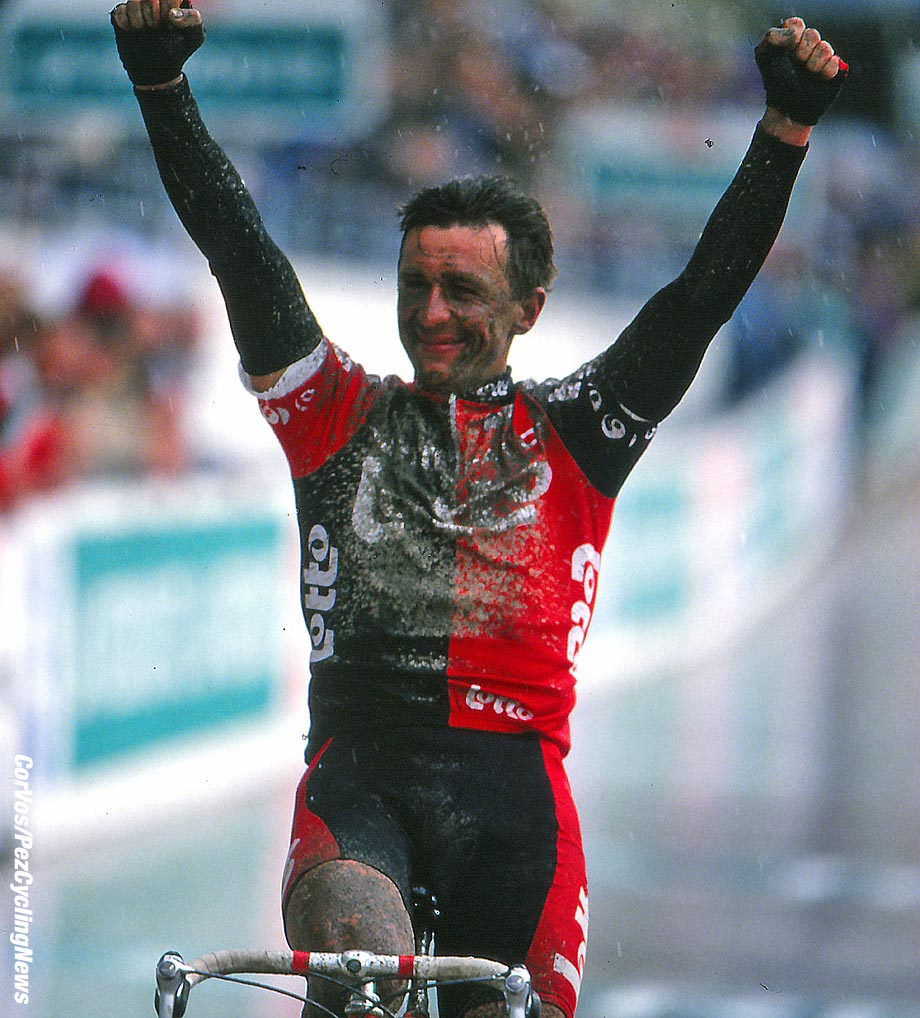 Via
And that Joe Parkin Has Nice Hair was even in the mix; 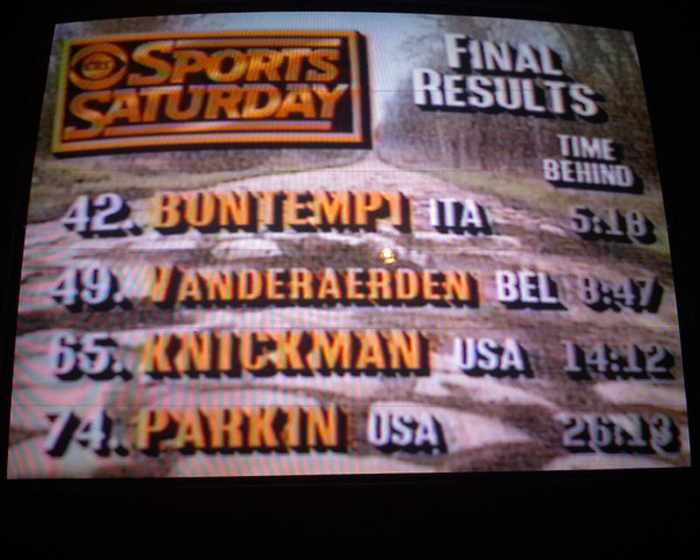 But then I realized the wires on my Wayback Machine were a bit crossed, and neither was current intel.

In fact Peter The Perv, The Slovakian Squeezer, Captain Gropesalot, or as he’s commonly known, ‘The Terminator’ edged out Silvan Dillier to take the top step this year; 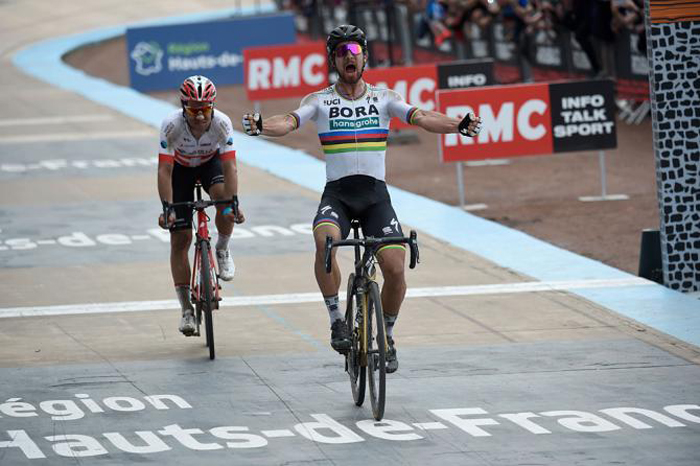 Not only that, but I was clued in via Morgan that he actually wrenched on his own bike while headed there; 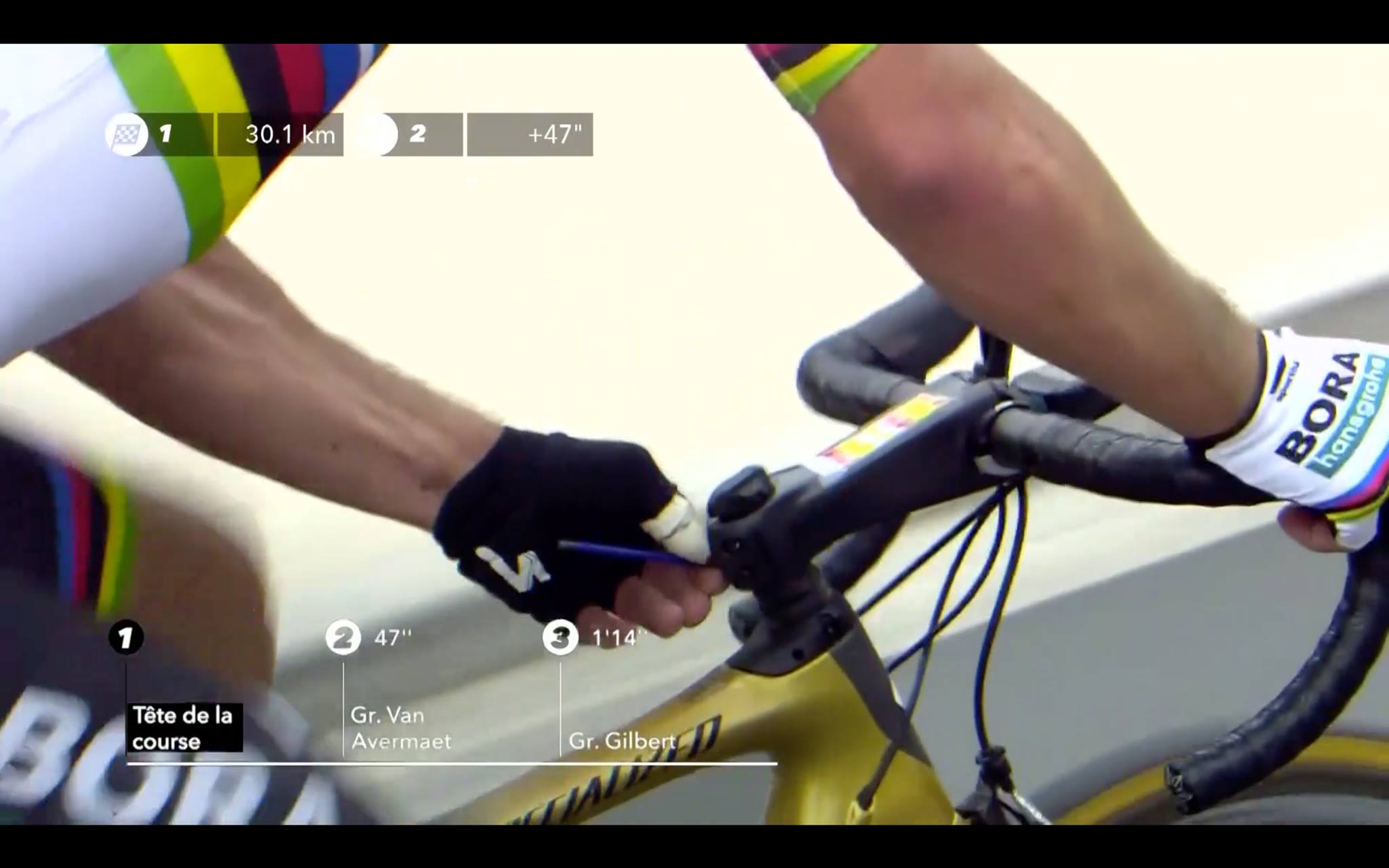 Say about him what you will, but he’s a thing of legend, save for the fact that Terpstra seems to be the only one who got the ‘caps not hats‘ memo; 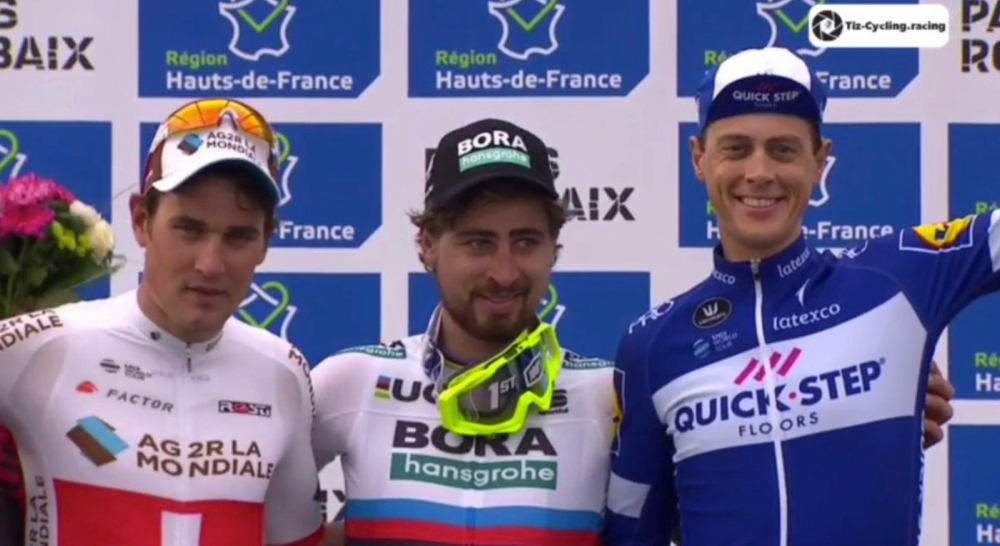 Sorry for the spoiler, but we can all watch the race when it’s ultimately released by Universal Sports on laserdisc®™©; 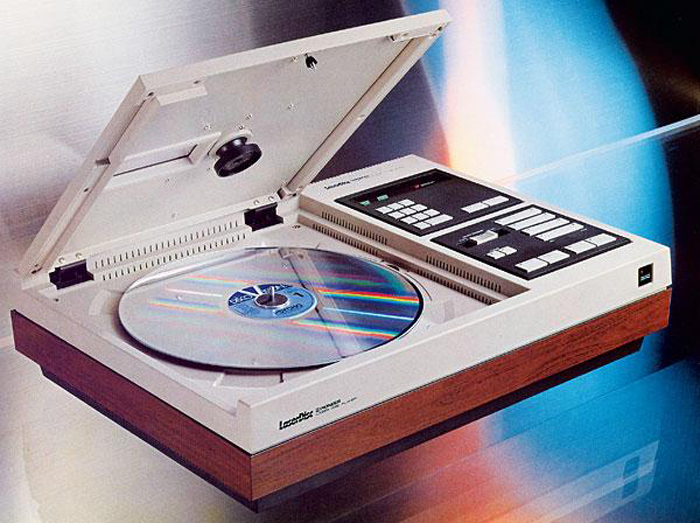 Congratulations to all who didn’t get forever broken off by this year’s Hell Of The North, and I hope to one day catch the entire debacle in person.

Until then, I’ll forever be on a rocket ride downward.

7 Responses to “Down, down and away.”