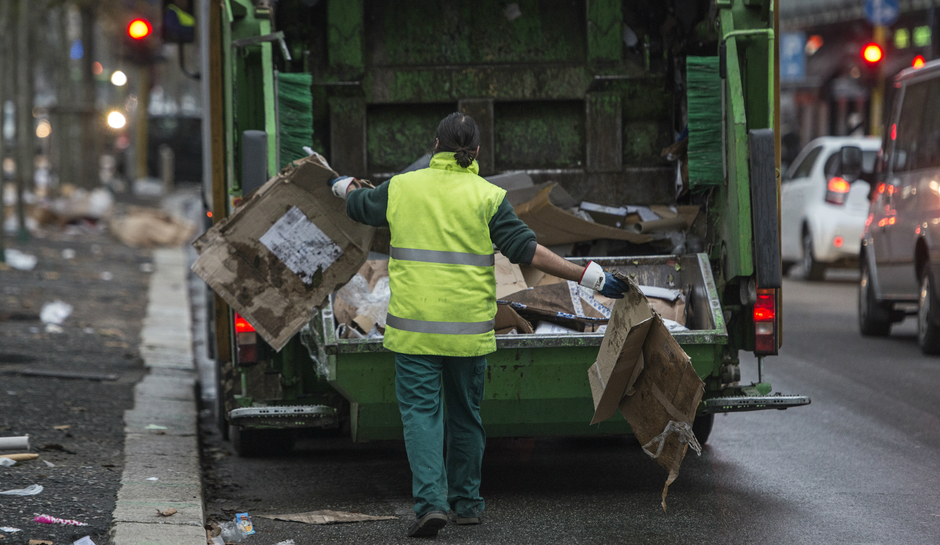 Not that I consider any information contained within the annals of this here site trash mind you, but I figured I’ve used the mail bag reference for so many years, I’d switch it up a bit.

Firstly, from Hodala Sally we get a little snippet relating to their last weekend’s Polka Dot shenanigans, which I so deftly neglected to mention until after it had concluded; Anyway, I browbeat him a bit to get some sort of a breakdown about it, which he elaborated on like so;

Dear Stevil,
As you so astutely informed everyone on Monday about an event we were hosting the day after our event, we had an event. The Polka Dot Crosser to be exact. A mashup of older Seattle bike events that (The Polka Dot Rocker and Cross Club) have gone by the wayside.

From the get-go, we might have had a couple things working against us this with event put on in honor of the bikecycle race known as Flanders.

#1 We gave people 5 days notice of the event.
#2 It was Zombie Jesus Day.
#3 It was April Fools day…and we might have a reputation in Seattle. 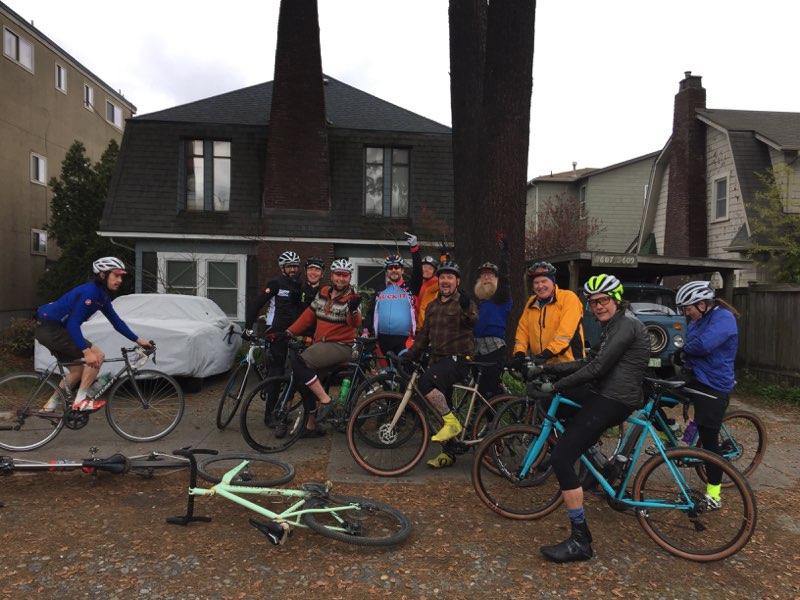 A little over a dozen intrepid souls joined us for a 3-hour tour of Seattle’s remaining cobbled streets, little-known shortcuts, and urban dirt trails while battling wind and chasing an eCargo bike filled with Rainier; 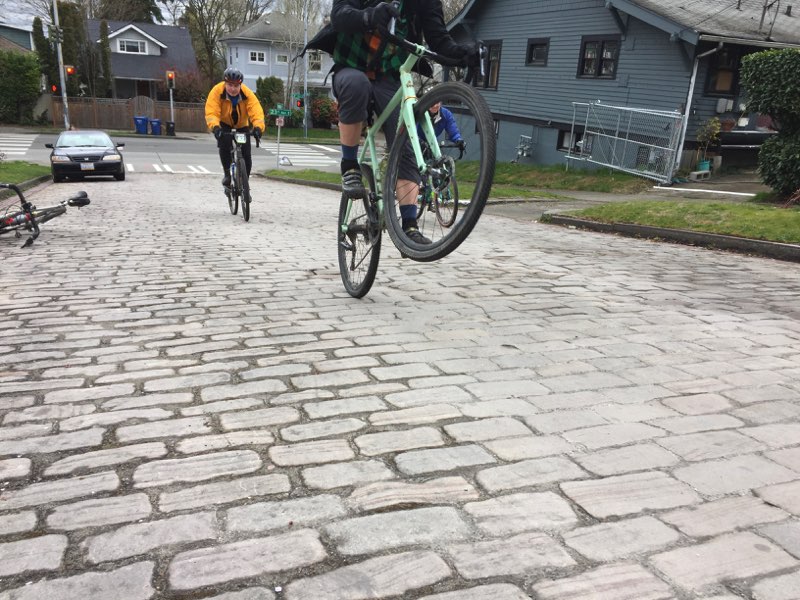 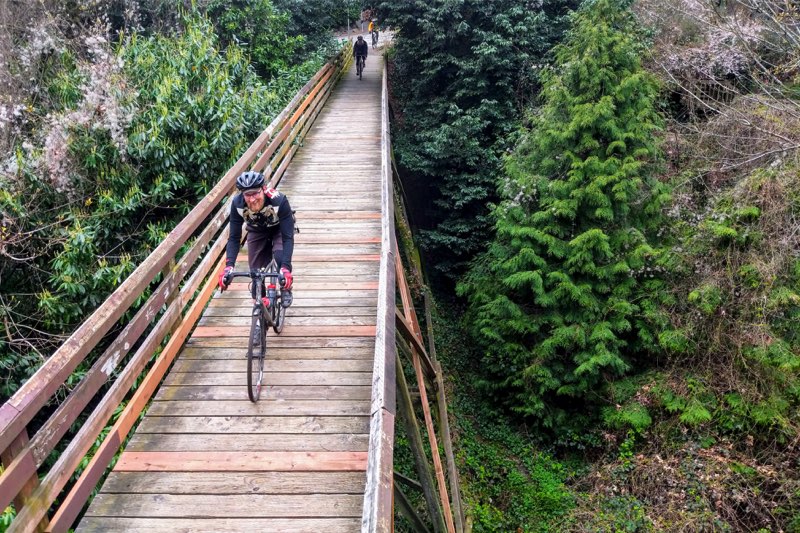 Our route eventually delivered us to the Slow Boat Tavern where beer was used to replenish blown legs, Flanders was visually imbibed, and new rubber was distributed to everyone courtesy of Donnelly Sports; 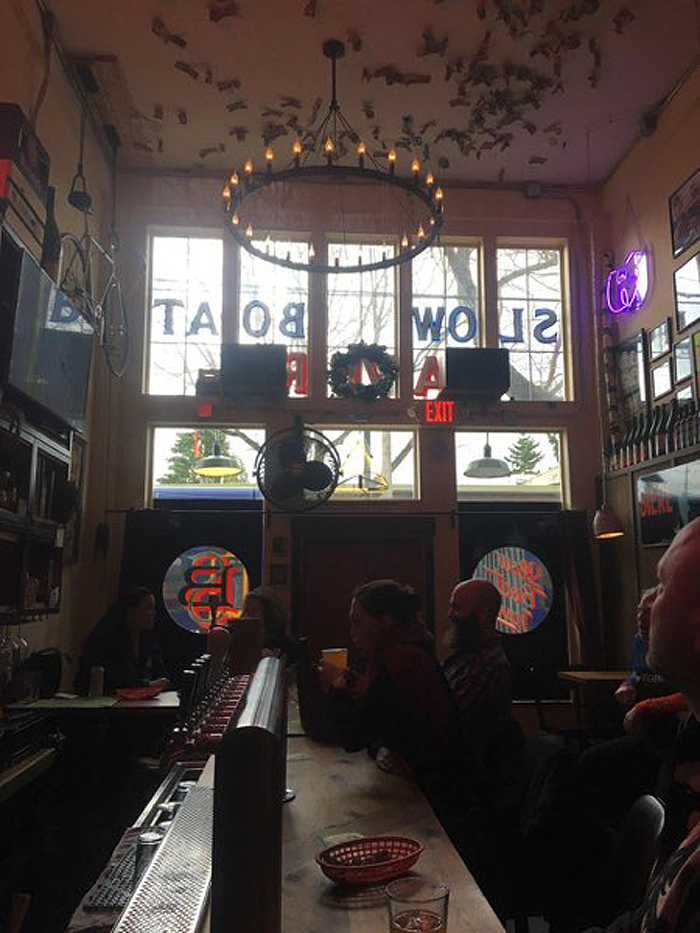 Will we do it again next year? I don’t know. They say hindsight is 20/20, but when your hindsight is generally as blurry as your foresight, your nofucksvision is of absolutely no help all.

Till we struggle cuddle in Monterey,
Sally & Hodala

His words and imagery fall on my brain like a song.

And relating to Hodala, Sally also sent me a file containing just under 700 photos from the Earl Harper wizard staff calendar shoot we did in January.

I can’t yet show any of the photos from the shoot, but this one pretty well sums them all up; Come to think of it, they all look exactly like that, if all of the people in the photo were also naked.

I’m sorry for everything now, and also in advance.

And truthfully, beyond that, I don’t even really have much in the way of mail currently, so I will simply give a shout out to the ladies in my sew shop for getting cracking and knocking out the pending order of woolies, which I just picked up yesterday afternoon; 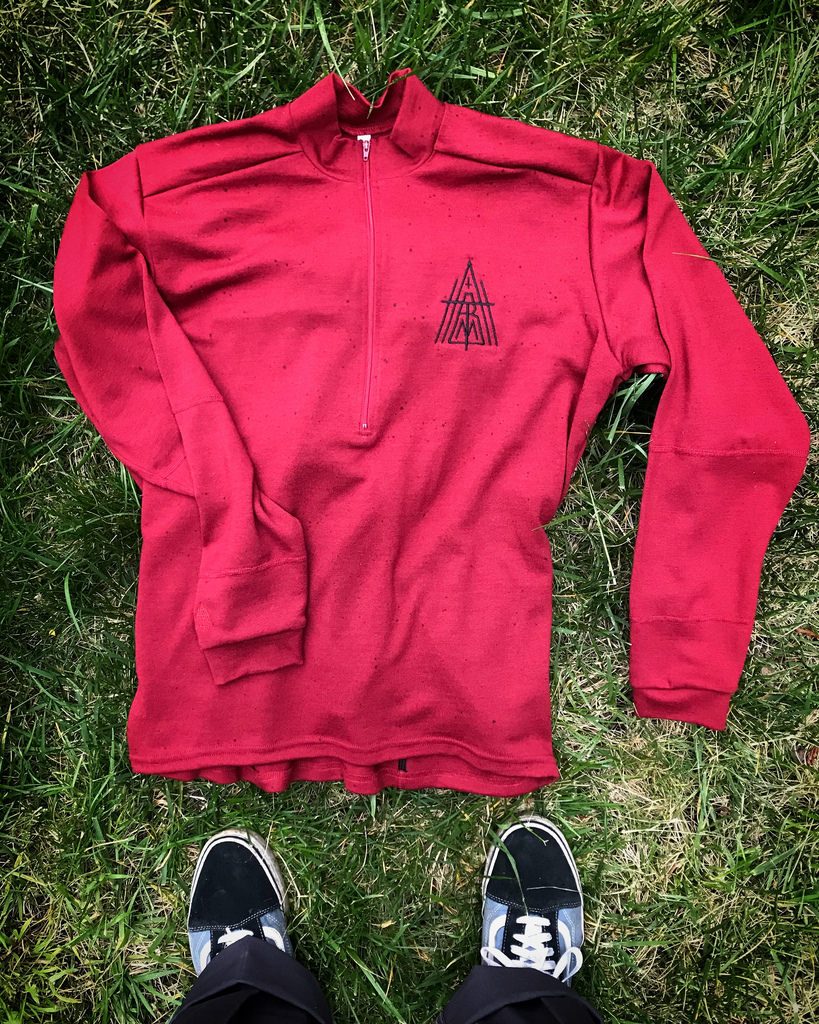 I detailed my saga with the zippers in this post here, and their patience with me never wavered.

So now all that’s left to do is rub my junk all over each of them, lovingly pack each of them into envelopes and head to the post office, which is what I’m fixing to do first thing tomorrow morning.

Besides thanking my friends at the sew shop for their patience, I would also like to thank everyone who placed an order for theirs.

Making custom garments is complicated enough when you’re a big company who actually knows what they’re doing, but when you’re just one person who on their best day can barely find their ass with both hands and a map, it’s extra challenging.

In news of things you don’t want to miss, (provided you happen to be in or around San Diego) tomorrow night you can go and see the newest incarnation of the Kicked To The Curb art shows; 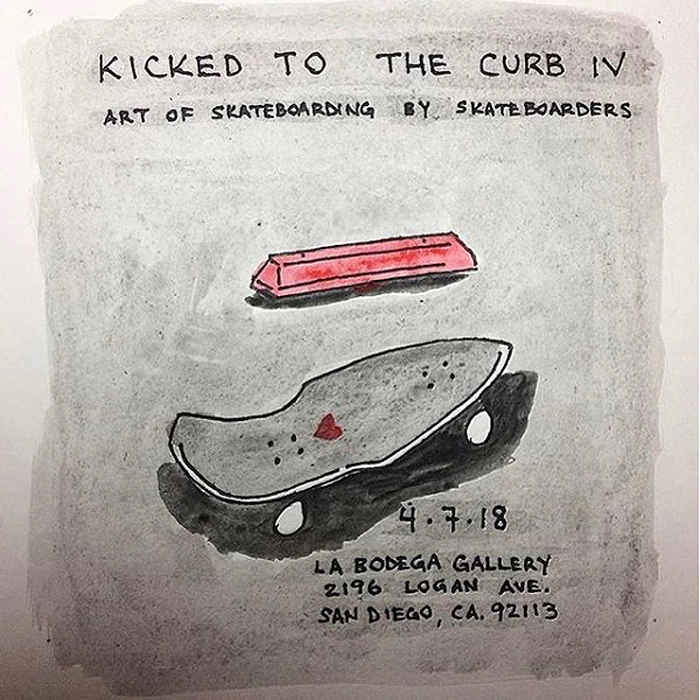 This is brought to us by the folks who originally conceived of Slappy Sunday, and will be held at San Diego’s La Bodega Gallery.

For the sake of full disclosure, it was this show I had in mind when Paul and I organized our ‘Grown-Ups In A Dirty Parking Lot’ installation last November.

I’ve seen a couple of the pieces that are set to be on display at La Bodega, and it looks like it’s gonna be amazing.

Sadly, I won’t be present, but I gave a shout to the mega-talented Embry Rucker, and asked him if he wouldn’t mid swinging through and popping off a few shots. Fingers crossed that he can pull himself away from his day job of traveling around the country taking pictures of beautiful people long enough to do my bidding.

If not, then we’ll just continue to sit here and stare at each other.

Transitioning from all of that mumbo jumbo, I’d like to now dip some toes into some art that doesn’t suck. This time is comes from a woman named Emma Hopkins;

I can’t remember when, where or how I first came across Ms. Hopkins, but I was immediately transfixed; 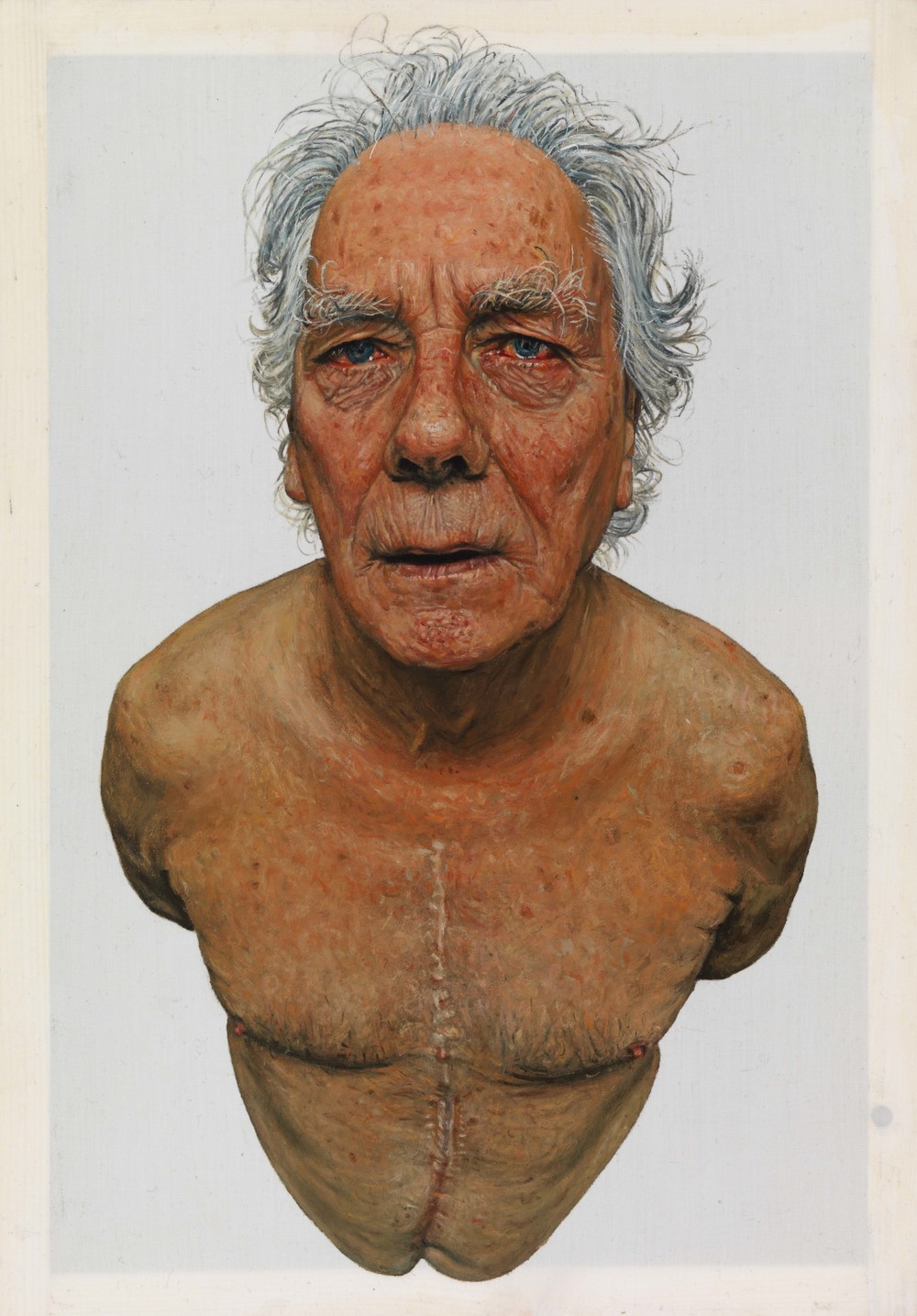 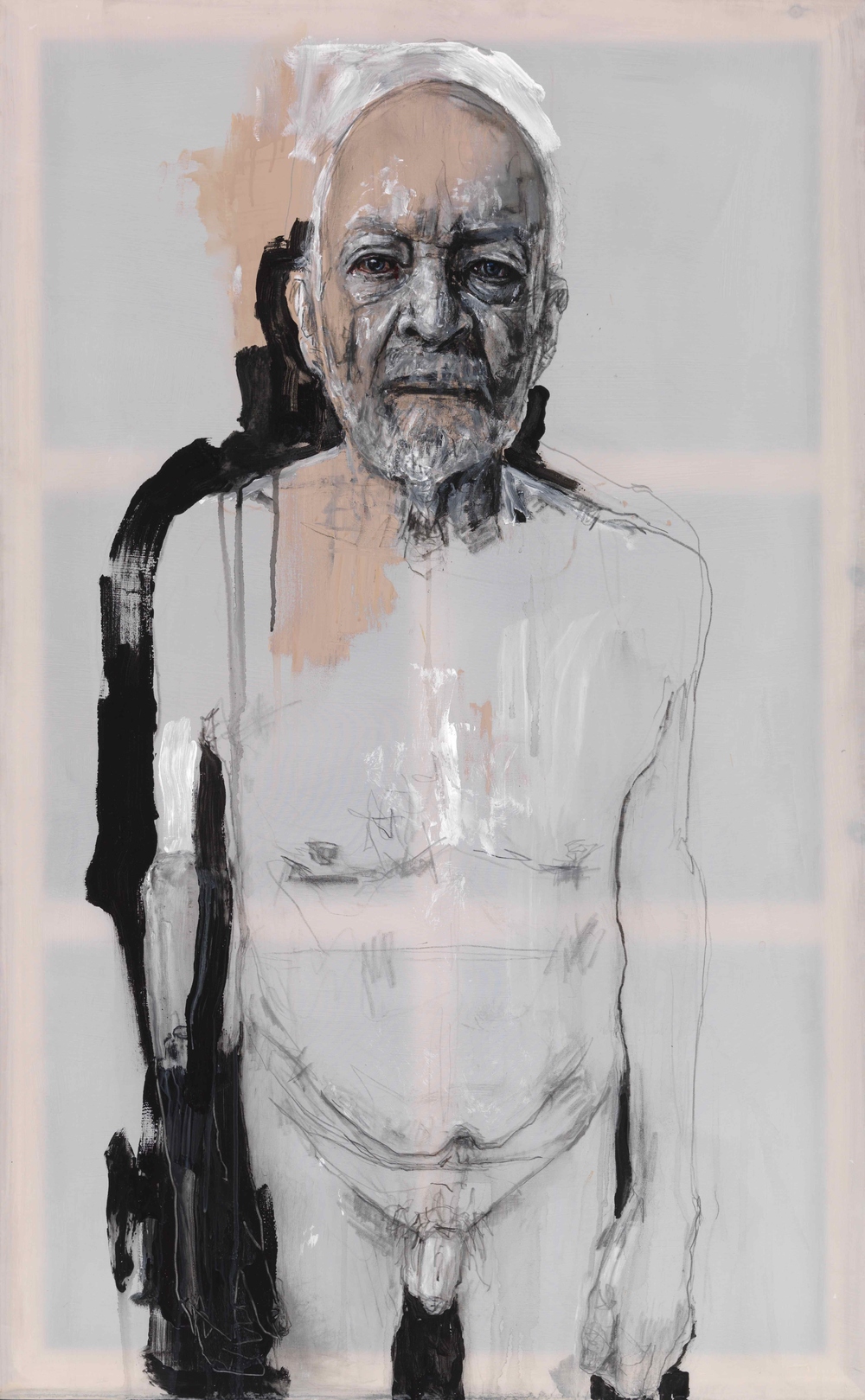 She blows my mind time after time, and her insight into her own work and process is affirming to say the least.

Moving on, I will make a final note regarding the current pre-order of the Worship Satan/Respect Women shirts and hoodies;

I’m pulling the plug on this right about meow, and will be submitting it to my printer on Monday morning, so if you wanna get on it, you best do just that.

Finally, I feel compelled to now mention that dog owners not dealing with their own literal crap has now become such an issue that Outside Magazine has just picked up the story and run with it; 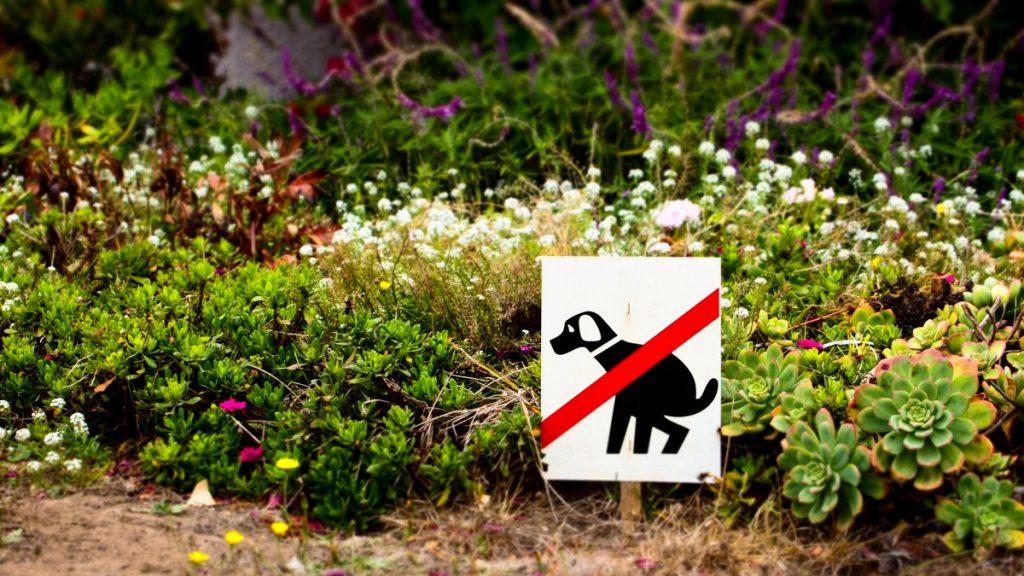 I can’t believe it’s come to this.

From my perspective, there are four mind-numbingly simple tasks involved in being a responsible dog owner. In no particular order, they are to feed it, shelter it, socialize it, and clean up after it.

Neglecting any of these is nothing more than simple trash.

3 Responses to “Time to take out the trash.”