Who’s into no more bad vibes, people, and ideas?

Everybody? Well, by golly, me too. Let’s scrap the archaic notion that we have to wait until the first of January to make resolutions.

We are the masters of our own destiny, every goddamned one of us. There isn’t any reason that today can’t be the day when we stand up and say ‘no more’ to whatever it is that saddles us, and continue stepping on a forward direction.

“How you doing?” people have occasionally asked me. “One foot in front of the other, and both above the dirt” has been my go-to response as of late, because some days, the best you can do is the bare minimum. I’ve had more of those than I have not, and truth be told, the head of last week just about did me in. I mention this not for sympathy, but in solidarity.

I rely on this vehicle and by extension, this community we have here for clarity, and reason in a world gone absolutely mad. Without it, I don’t think I would have a fraction of my mind that some days is about all I can cling to.

Having said that, I just want to offer a simple, yet heart-felt thanks.

And while we’ve lightly broached the topic of bad ideas, as everyone (but me) was aware, this past Saturday was WTATU Day, and I’ve already begun getting dispatches from operatives all across the land. 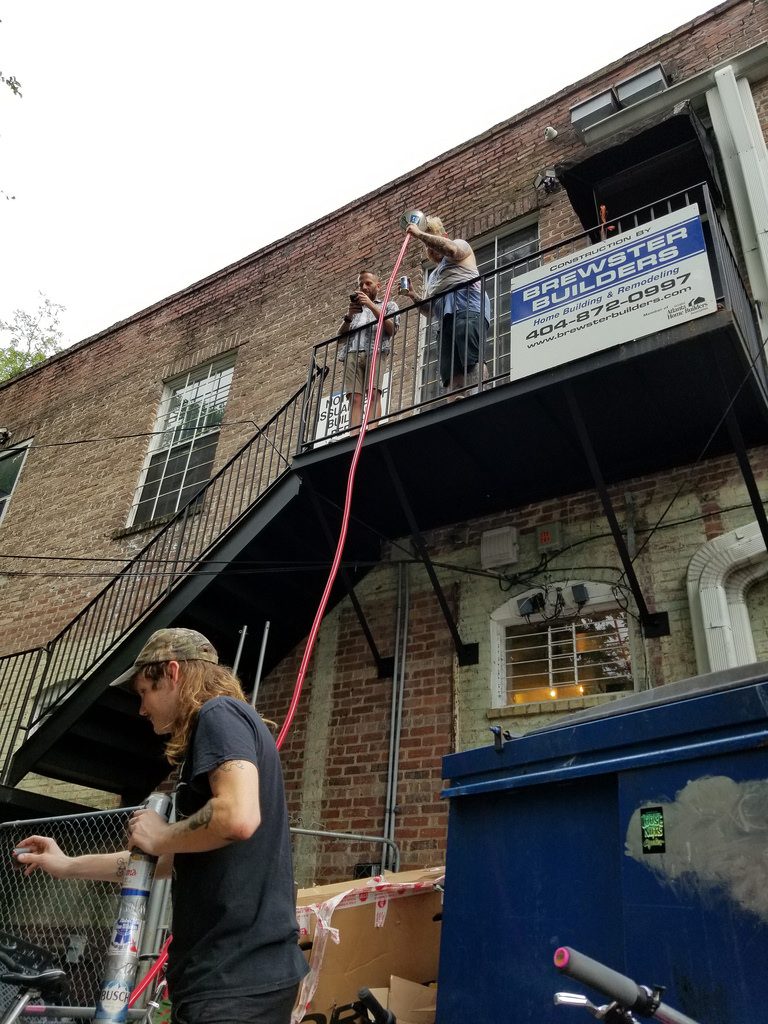 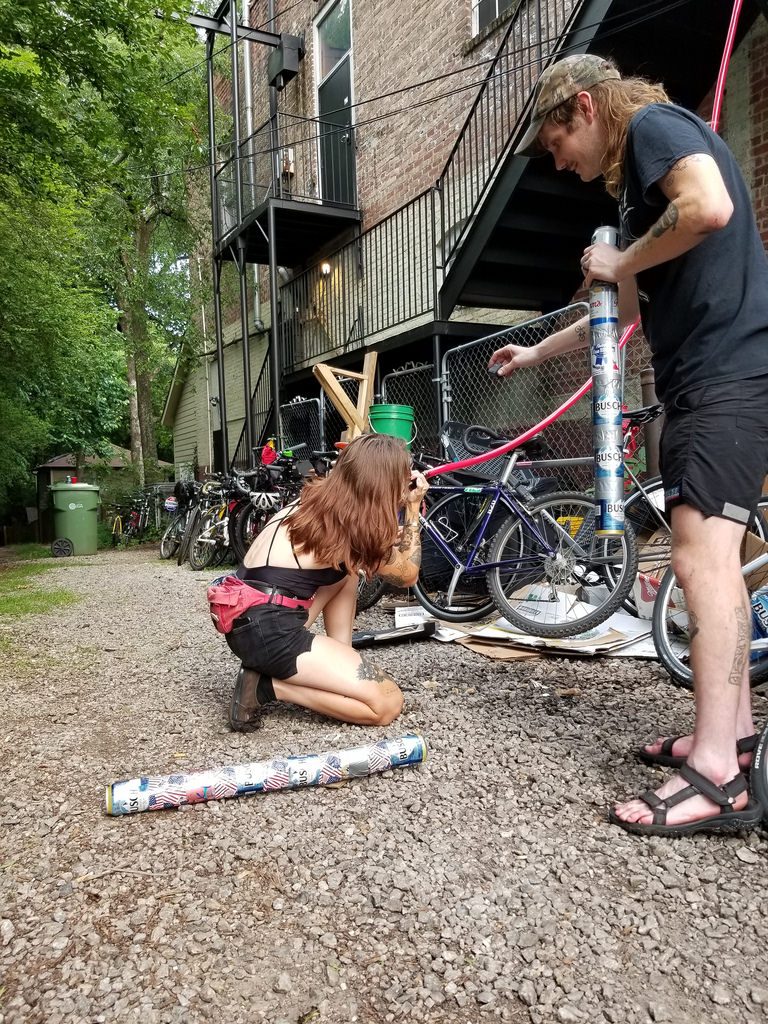 And Patrick, also in Atlanta; 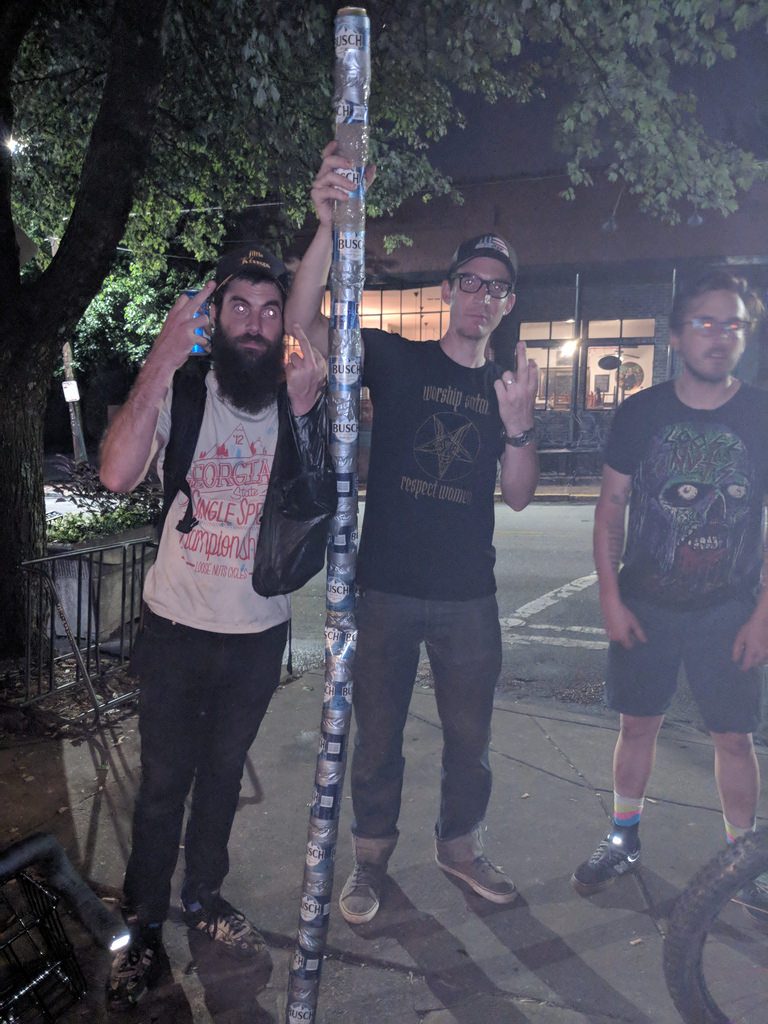 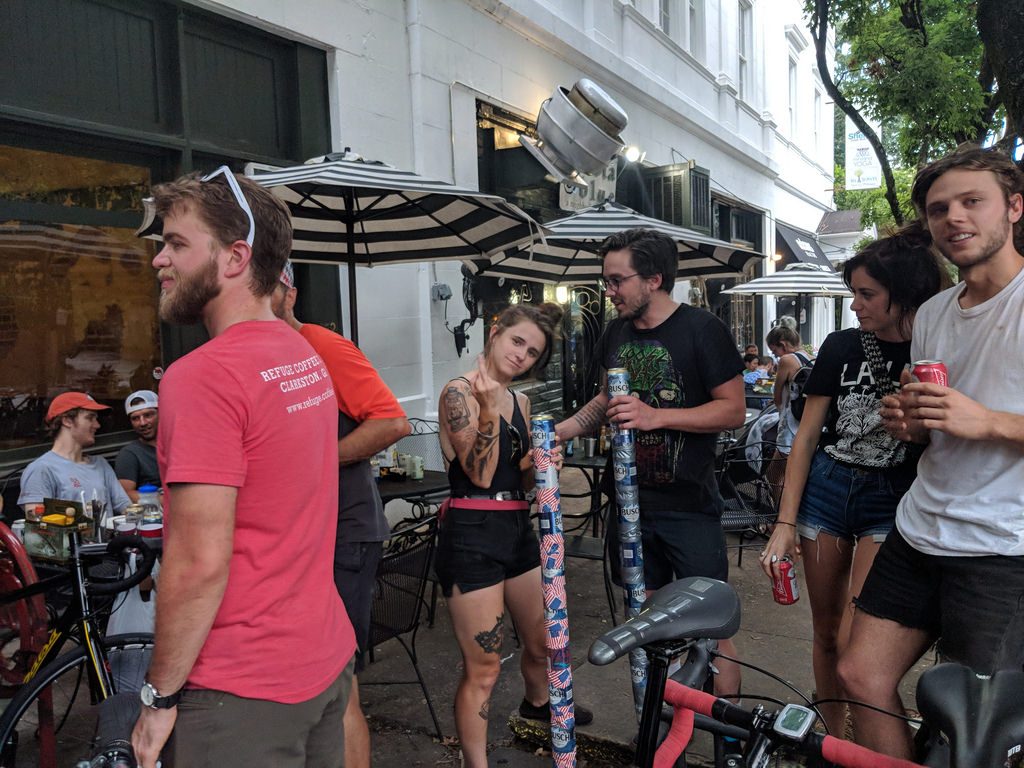 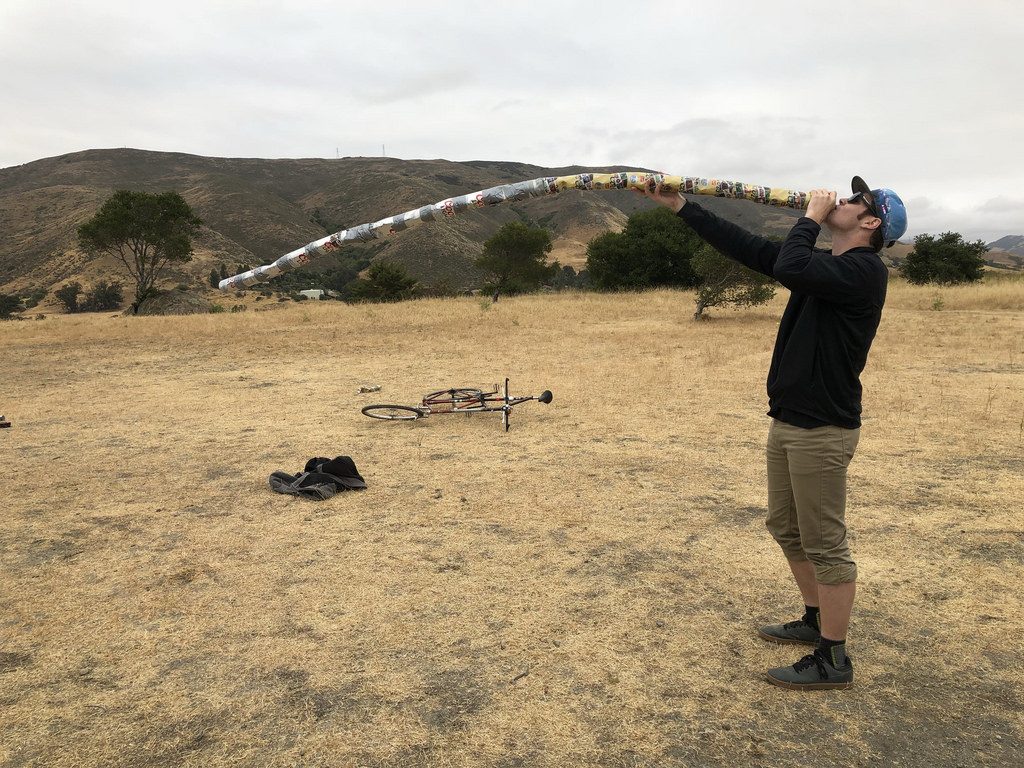 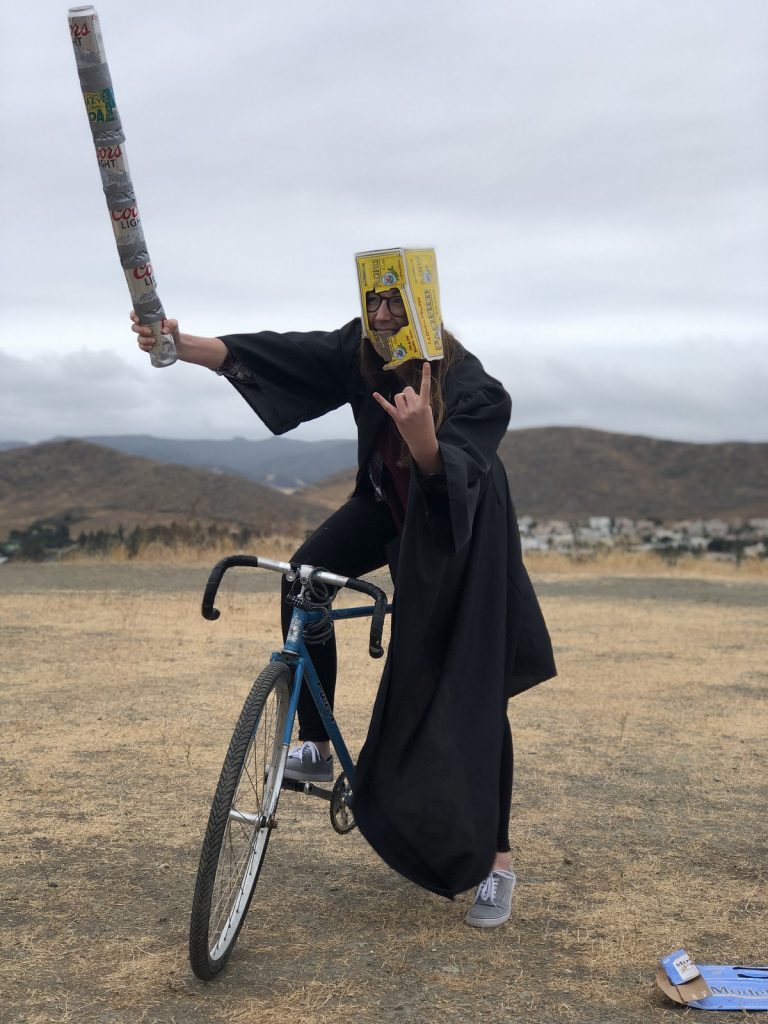 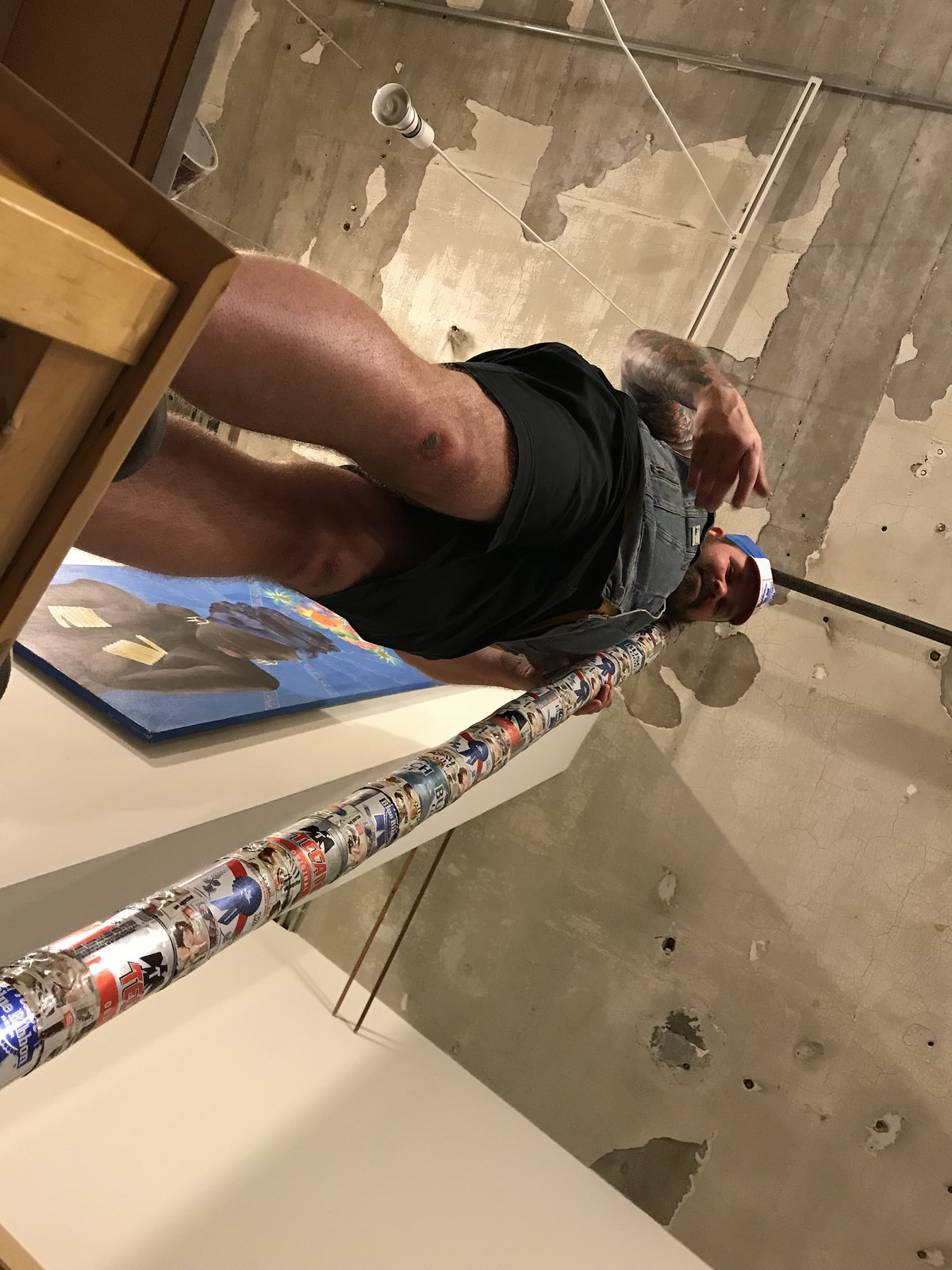 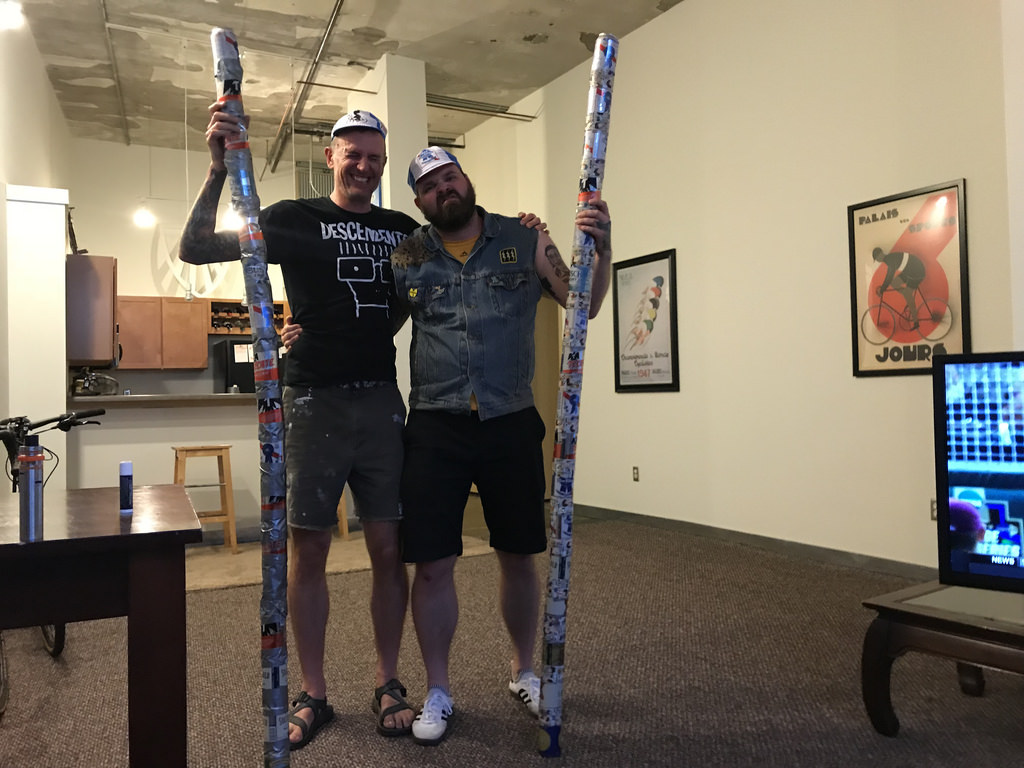 And Kevin in Pinecrest; 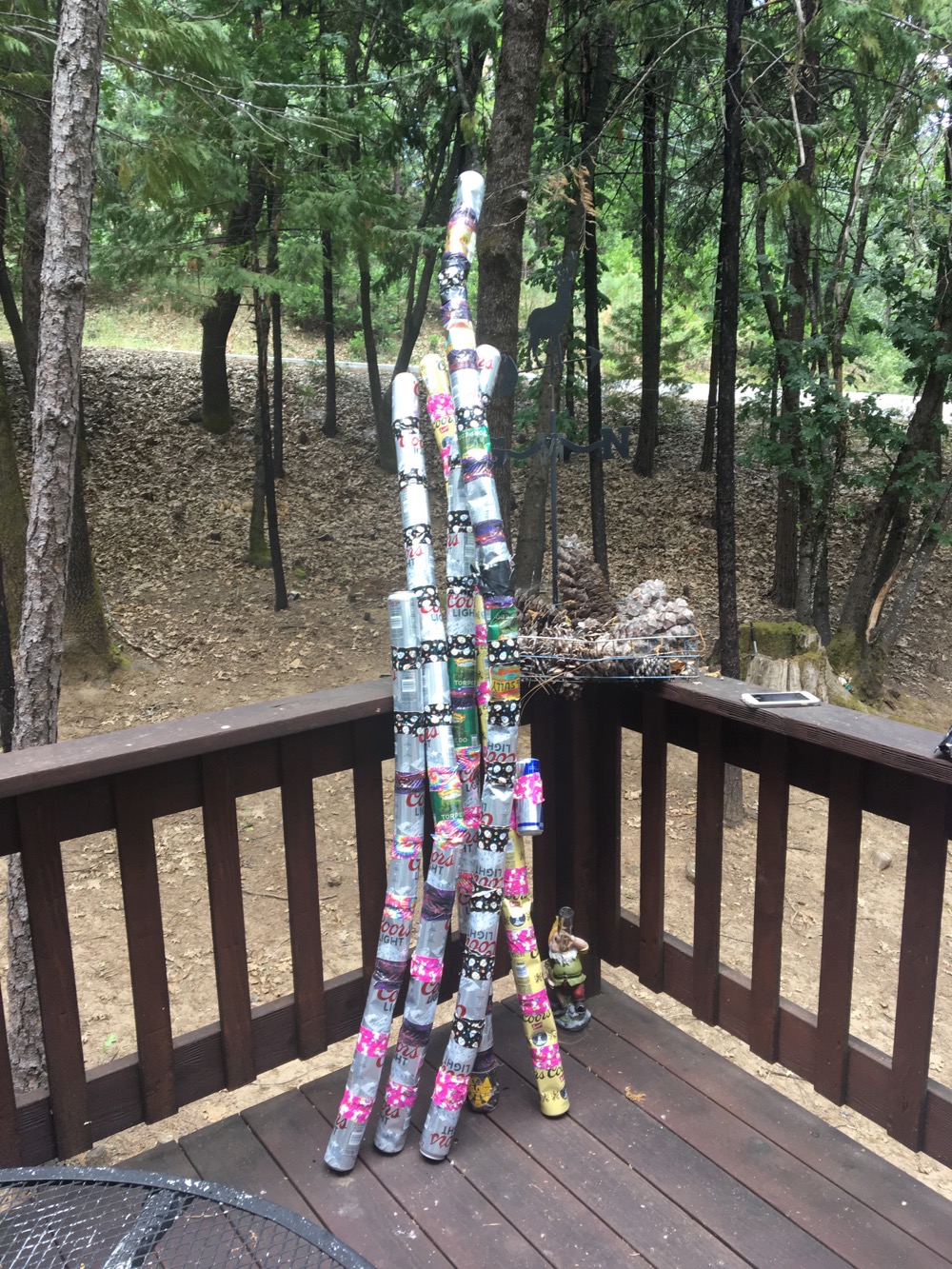 While all the ne’er-do-wells were playing their beer games, I was just getting back into town from a little venture into the woods. So desperate was I to leave the world behind that the day before I left town I actually felt as though I was having a bit of a mental breakdown. Luckily, I was able to distract myself long enough so that before I knew it, I was surrounded by my happiest of places; 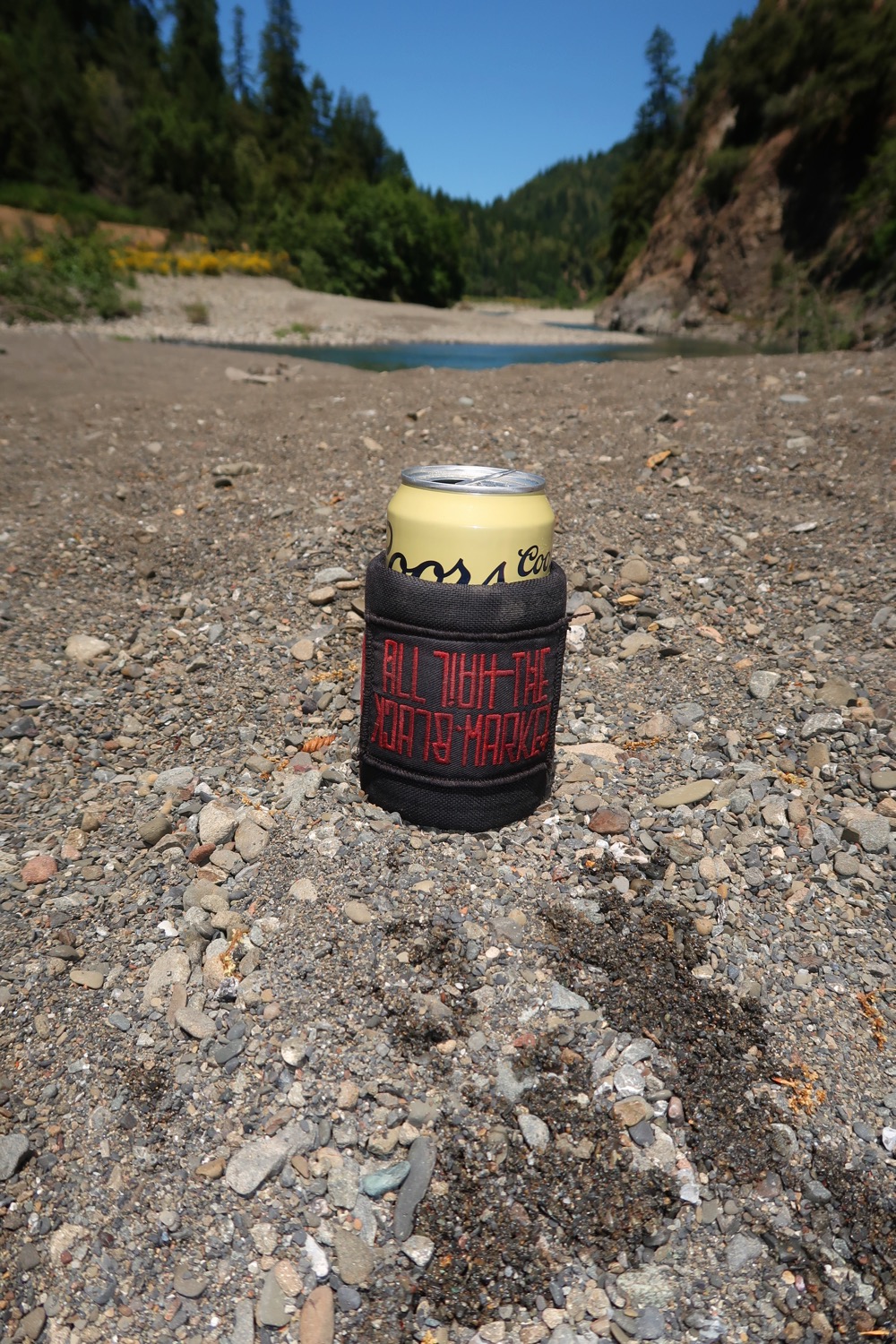 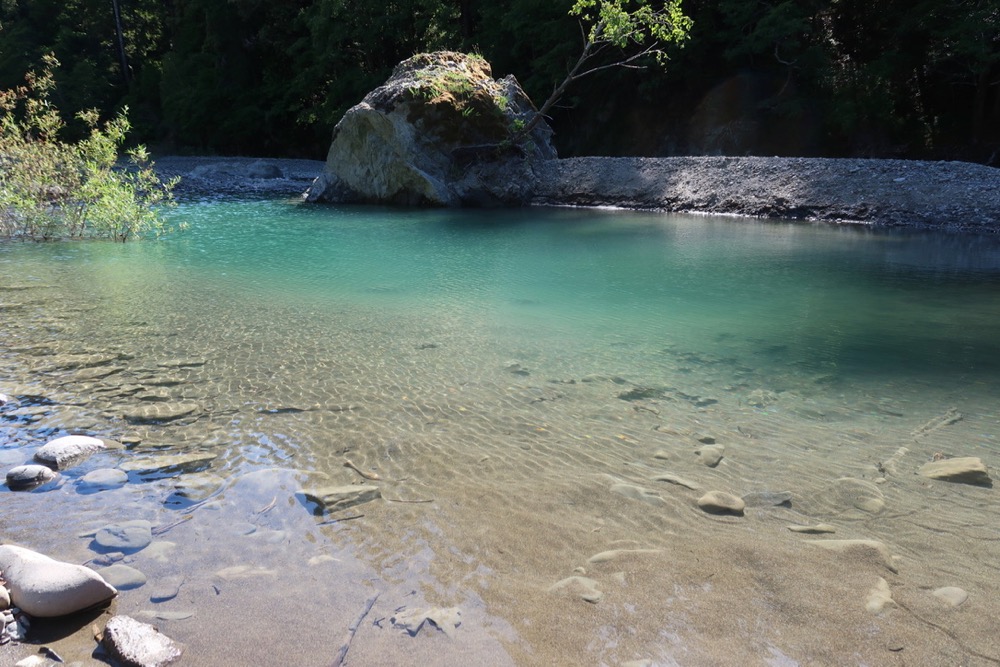 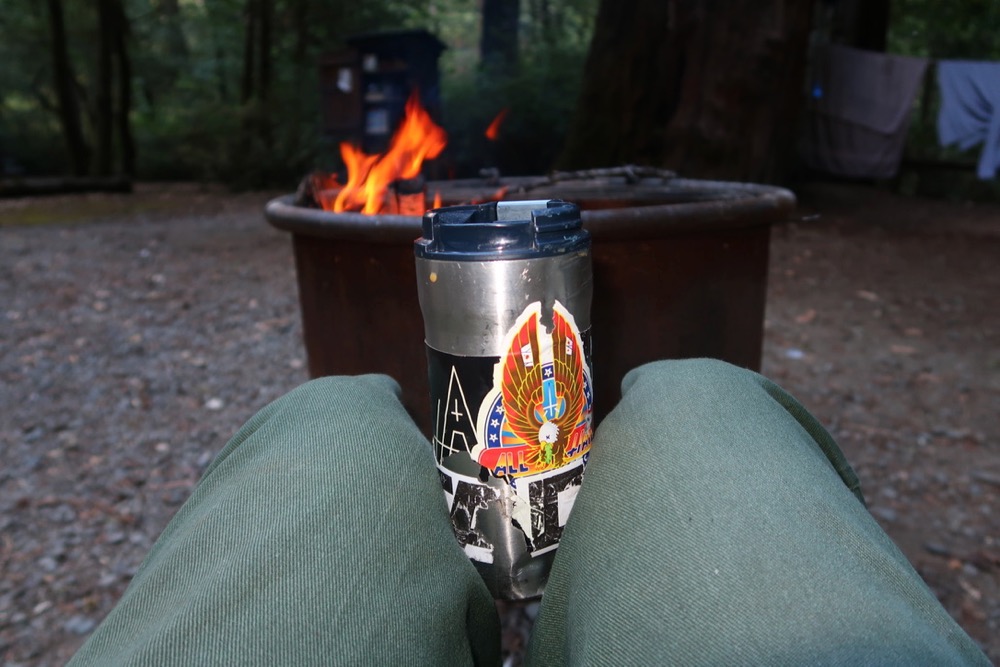 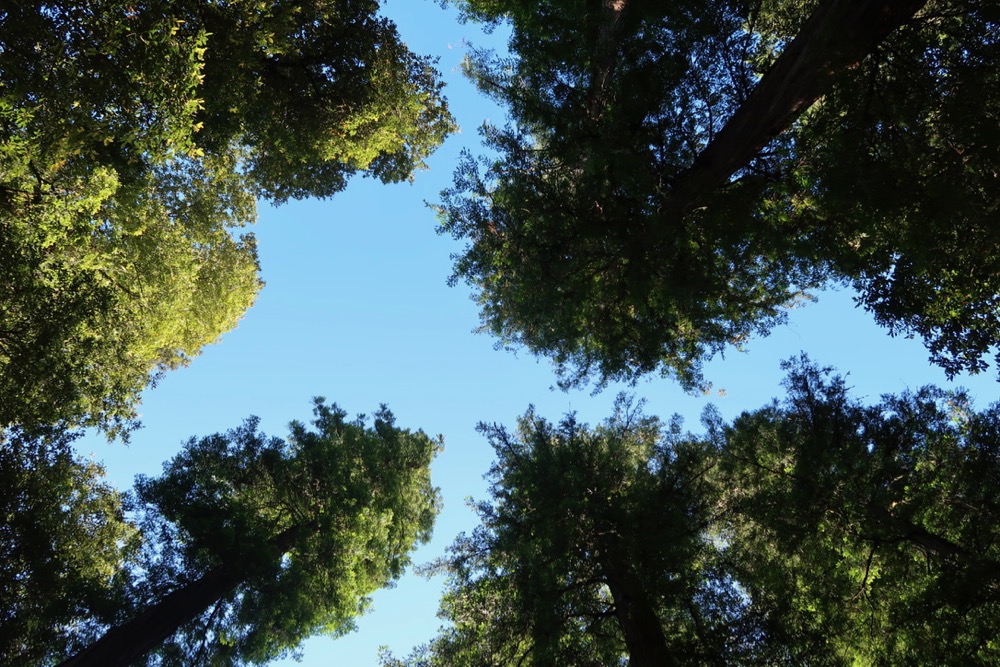 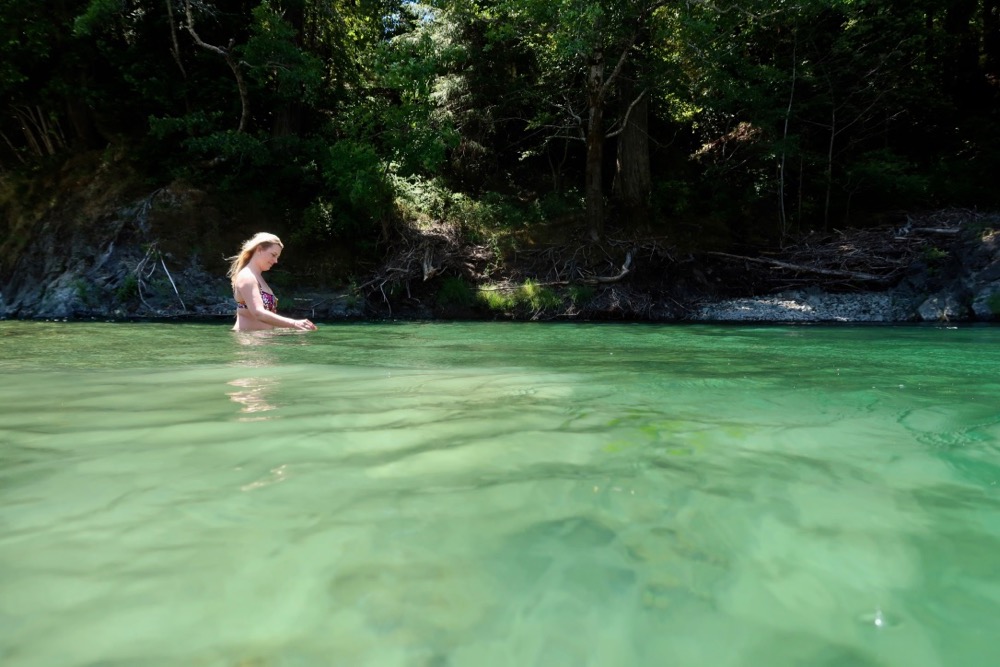 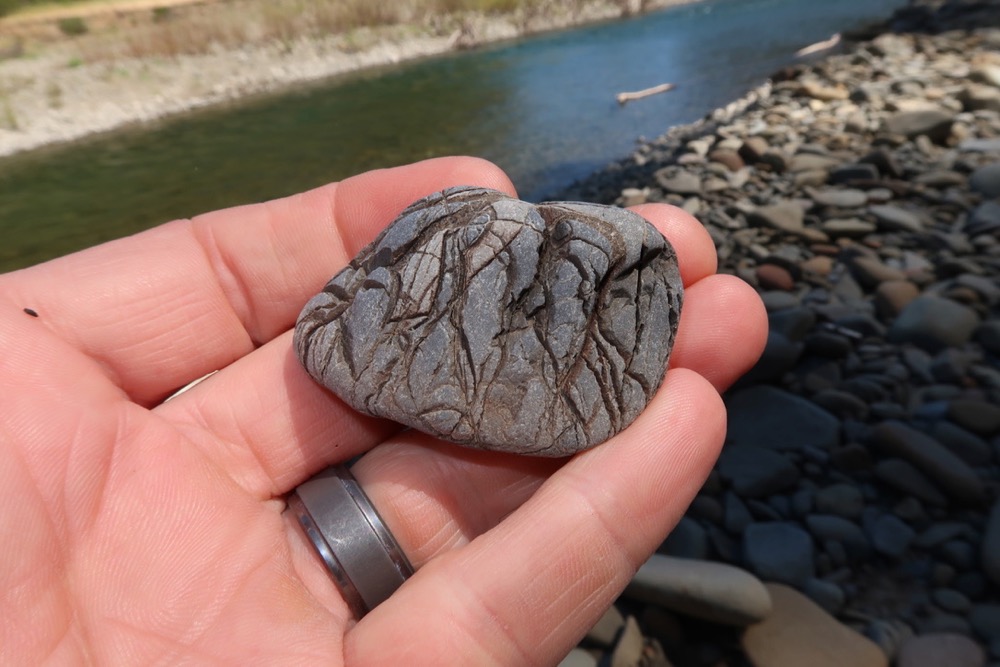 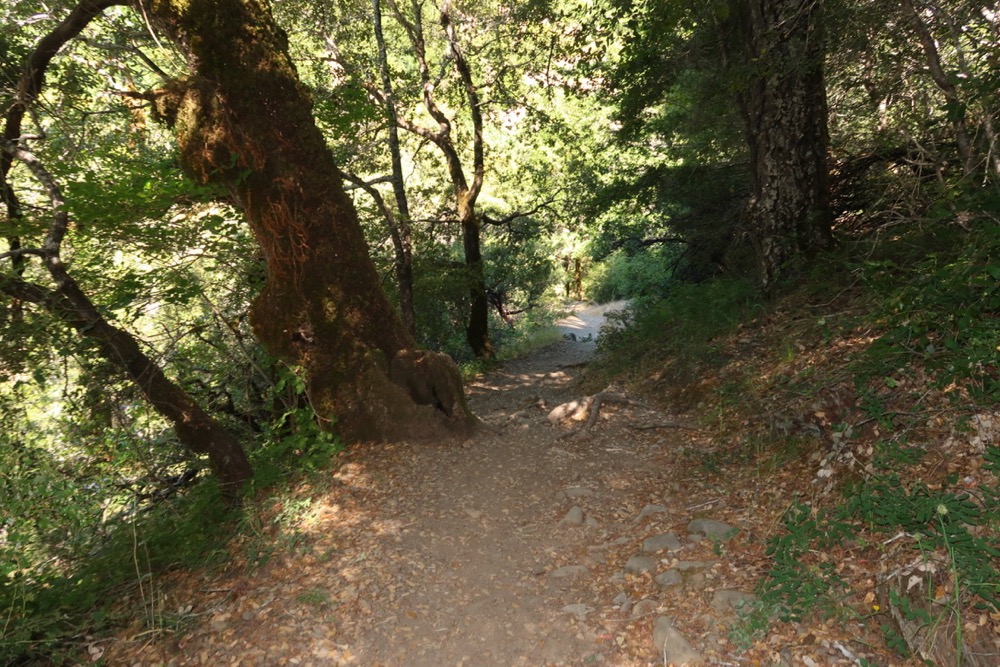 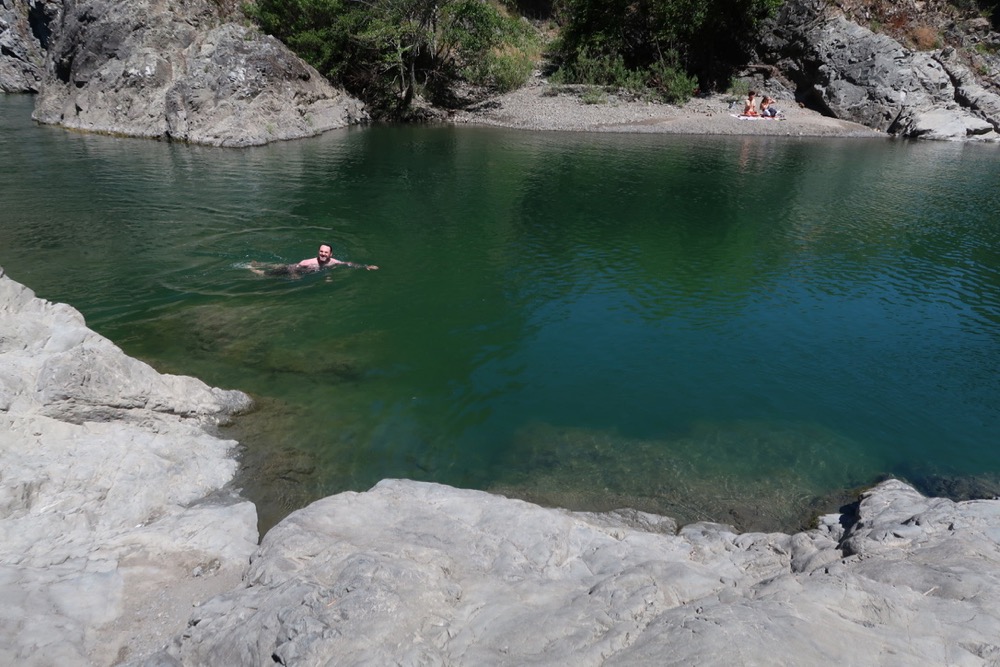 I mean to tell you, if I had my way I’d be playing in a creek for the rest of my life.

While I was out there in them woods, I had a bit of an epiphany. Last month marks twelve years since I’ve been maintaining a blog, and month after next marks nine years at the helm of this one. That’s three posts a week for twelve years, and though I’m not good at math, I think that equals roughly around a shit ton.

Frankly, I feel really tired. Part of the aforementioned wall-hitting that occurred on Tuesday was just feeling like I was out of fight.

I don’t know if this means that I’m going to put a pin in this site and bail out for a month, or perhaps in the meantime, shift from a schedule of posting Monday, Wednesday, and Friday, to Tuesday and Thursday- (while keeping the ‘One For The Weekend’, because Corndog likes those).

Someone once said “the only constant is change“. It was either the Greek philosopher Heraclitus, or one of the Golden Girls… I can’t remember. Either way, as a Virgo I have an aversion to change- (my people hate the stuff). Even still, it’s not sustainable for me to continue on as I have, and if I don’t provide myself some sort of break from the day to day soon, I fear as though I will have a full blown meltdown. As inviting as the idea of a hospital room and 24 hour a day observation sounds, I aim to head said meltdown off at the pass, and enact some change like, yesterday.

I thank you for your time and consideration on this matter, and can guarantee that no matter what, and in whatever form this change comes, it’ll be more pleasant than a morning-after bathroom sink barf fest.