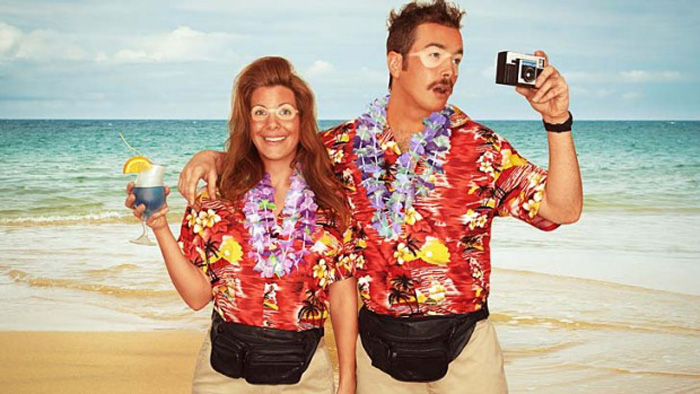 It occurred to me when talking to my folks the other day that since moving out of their house in 1989, this is the most time I’ve spent in their domain since Christmas break during my freshman year of college.

We haven’t fought, my room is a complete mess, and I’ve drank approximately all of their beer… Just like it ever was. But as the adage goes, all good things must come to an end and as you read this missive, I’m on a plane heading southward back to my home, and all of the highs and lows that exist there.

One thing I’ll miss is my new-found little curb spot that none other than Cory Blackwood turned me on to; 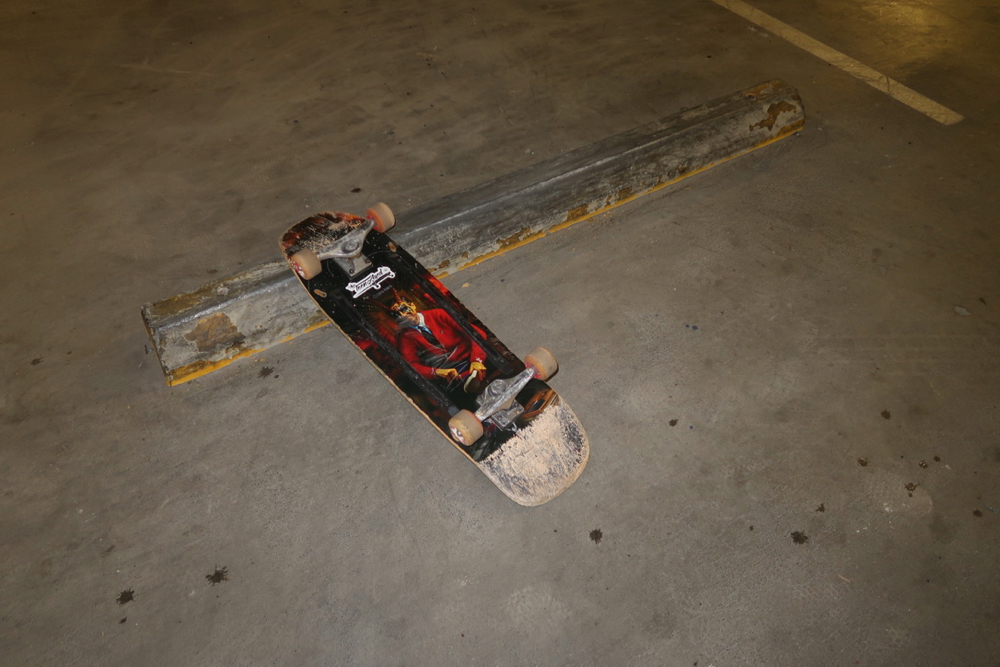 It was dusty, and dirty, but it was a no-bust zone and on my very first try, epically mangled, but still kinda pulled off a frontside slappy to revert.

If by chance you’re either in, or traveling to Bellingham, and are curious where you could go to play on curbs, gimme a holler. This spot ain’t much, but it beats the abundance of crusty spots the PNW is known for, and/or skating in the rain.

Have I ever mentioned how much I love skating curbs? Man, almost more now than ever.

I get that they’re not everyone’s cup of tea, but I can remember back when I was just a little guy of fourteen, and I’d just seen the Bones Brigade Video Show for the first time. The sheer joy both depicted, as well as derived from Lance’s part at the beginning;

-And that of Lance, Stevie, and McGill at the video’s conclusion;

has always been positively infectious to me.

If I didn’t know better, I’d say I need to get my head examined.

Having said that, I recently came across the opportunity for the astonishingly low price of just under $1,200, you too can look like a poor person; 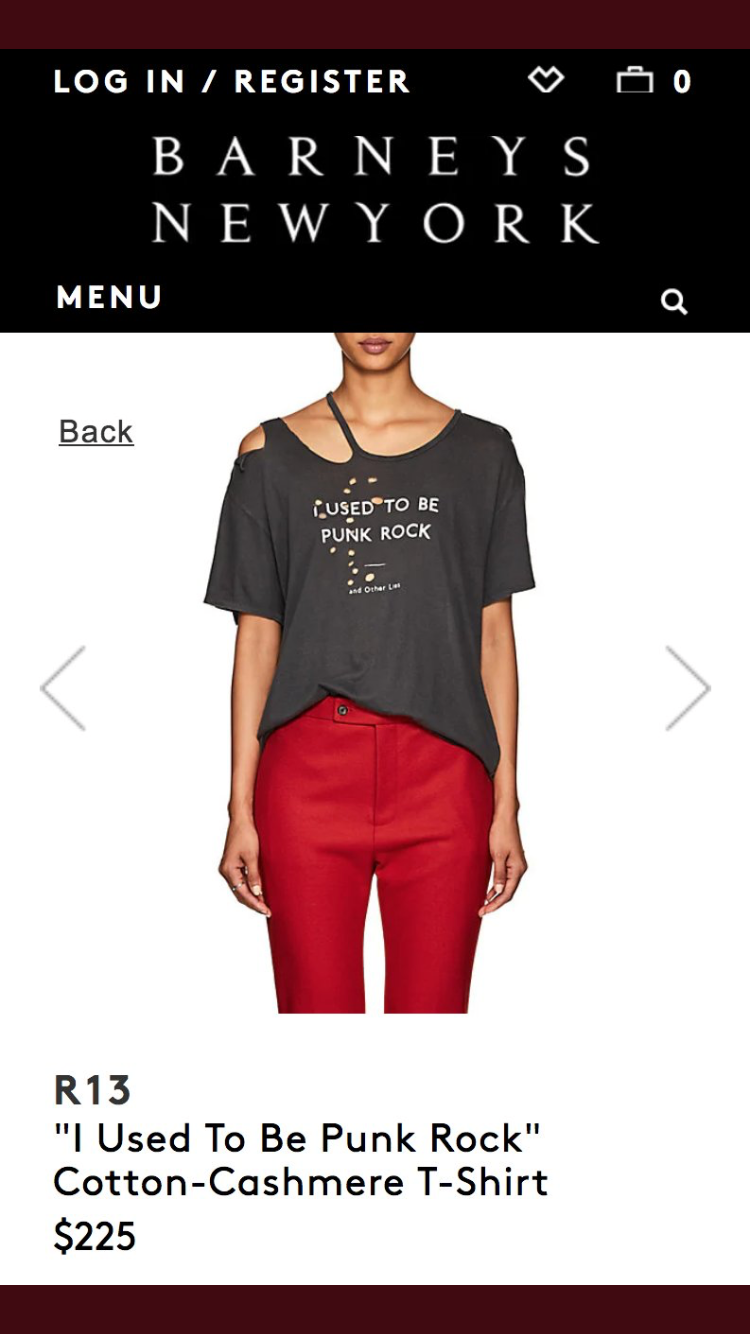 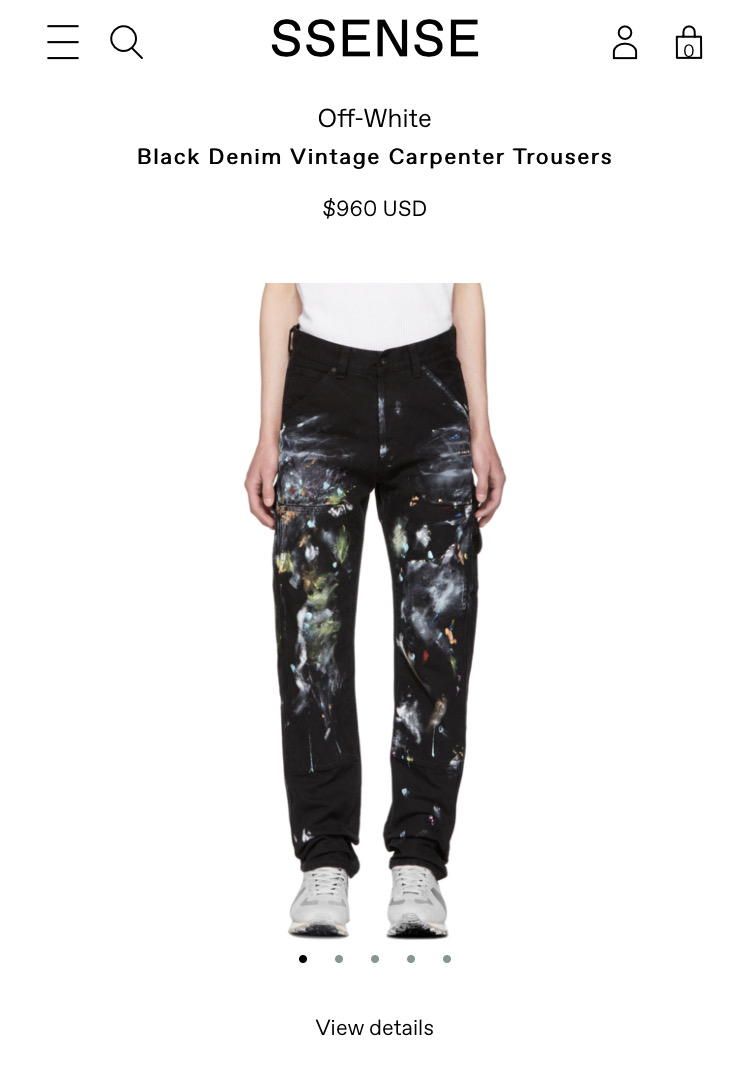 Which lead me to feeling like I need to get my head examined anyway.

And it wasn’t lost on me that as insane as all of this is, the phrasing on the shirt was strangely familiar;

To be fair, I originally swiped the phrase from an old company called Unamerican Activities, so perhaps I’m just as shitty as Barneys, I just happen to be making $224.00 less for my efforts.

In other news, it was at the head of last week that I visited a place not far from my folks’ house called (perhaps appropriately) the Train Wreck. I posted a photo of the fate that befell me there over on the Instant Grahams. I didn’t think to include it here until someone commented on Tuesday that they’d hoped I’d elaborated on it. Because I didn’t then, I will now.

All hail the behemoth; 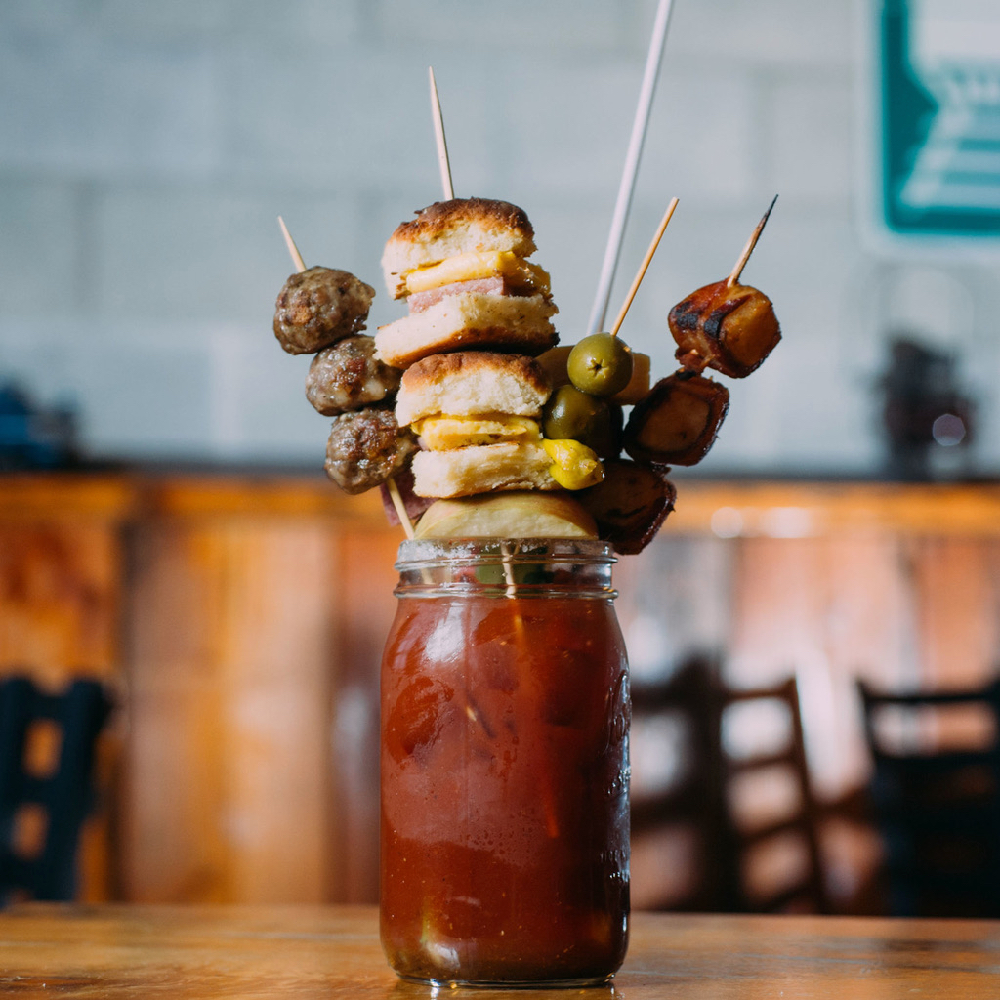 I don’t know if that’s what it’s actually called, but it certainly seems appropriate.

I can’t remember how much they cost (not remembering stuff comes free with the price of the drink), but I didn’t leave the Train Wreck hungry, so I thank them for their support.

If you care to at some life’s juncture, stop by the small town of Burlington, Washington, and go in to have one for yourself. The food was good, the people were super nice, and my gluttony was more than taken care of.

Not relating to the last thing, or the next thing, I have a pressing matter from Derek that I have to get out of the mail bag for folks in the southern Oregon/Northern California region, (provided it hasn’t all burned down by the time you read these words), that goes a little something like this;

That event I put on last year that you were kind enough to mention, even though you forgot and then I forgot and well I’m not sure what happened but you mentioned it none the less! Well I’m doing it again and it would be great if you could spread the word.

When: Fri-Sun September 14-16
Where: Howard Prairie Lake, Ashland, OR

In a nutshell its a weekend of camping up here in the Southern Cascades, about 30 miles east of Ashland. There are multiple ride options, food, beer, cider and (hopefully) music will be be enjoyed post ride as well as swimming, games, and general good times; 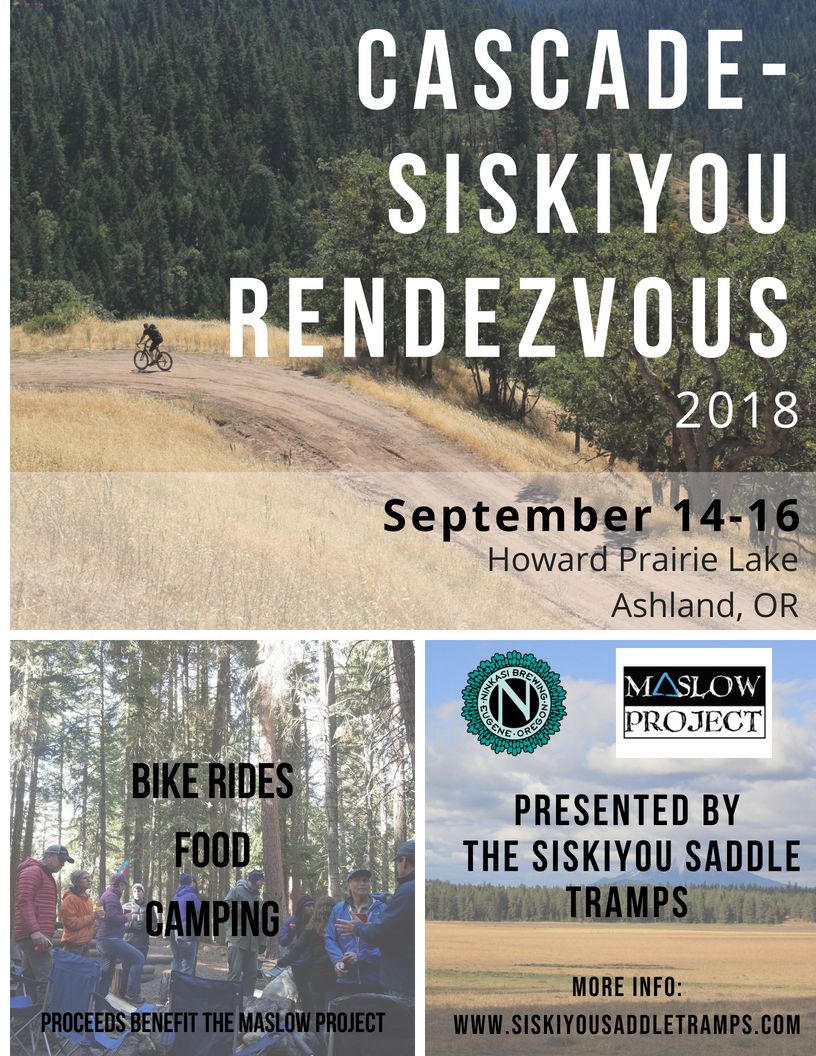 After the expenses are covered all of the proceeds go to The Maslow Project which is a non-profit located in Medford, OR that provides homeless youth the resources they need to stay in school. Last year we raised ~$1,000 and this year we’re hoping to do better, we’ll be having a raffle to help with that.

Registration and all other info can be found here. As well as the info on the other rides we put on.

It would be awesome if you could spread the word to the fine folks who, like I enjoy reading your blog. Even better, you should come up for it! After all you’re like a pro gravel racer now right?

Last year I left town and almost blew getting it in a post. Then this year I almost blew it again.

One of these years Derek will give up on me but I’m glad it hasn’t happened yet.

Lastly, as you read these words I will likely be on a jet plane, rocketing back to my reality, and away from the dreamland that is No Responsibilityville.

I’ve gotten a few messages from folks who ordered the Respect Women shirts, and who haven’t received them yet. This is concerning, but I’m encouraged that despite the fact I shipped them all out a week and a half ago, they still seem to be trickling into the hands of all who ordered them. I don’t know if there was a major glitch in the USPS system or what, but I’m hoping against hope that they don’t let me down. I have access to all of the tracking numbers at home (I didn’t think of bringing the twelve miles of receipts with me on my trip), so if one of the few who haven’t yet received any orders placed before the 22nd of July, then reach out to me and I’ll see what I can do.

Getting back to work is the first step in making sure the vacation most definitely ends.

5 Responses to “The vacation that never ends.”