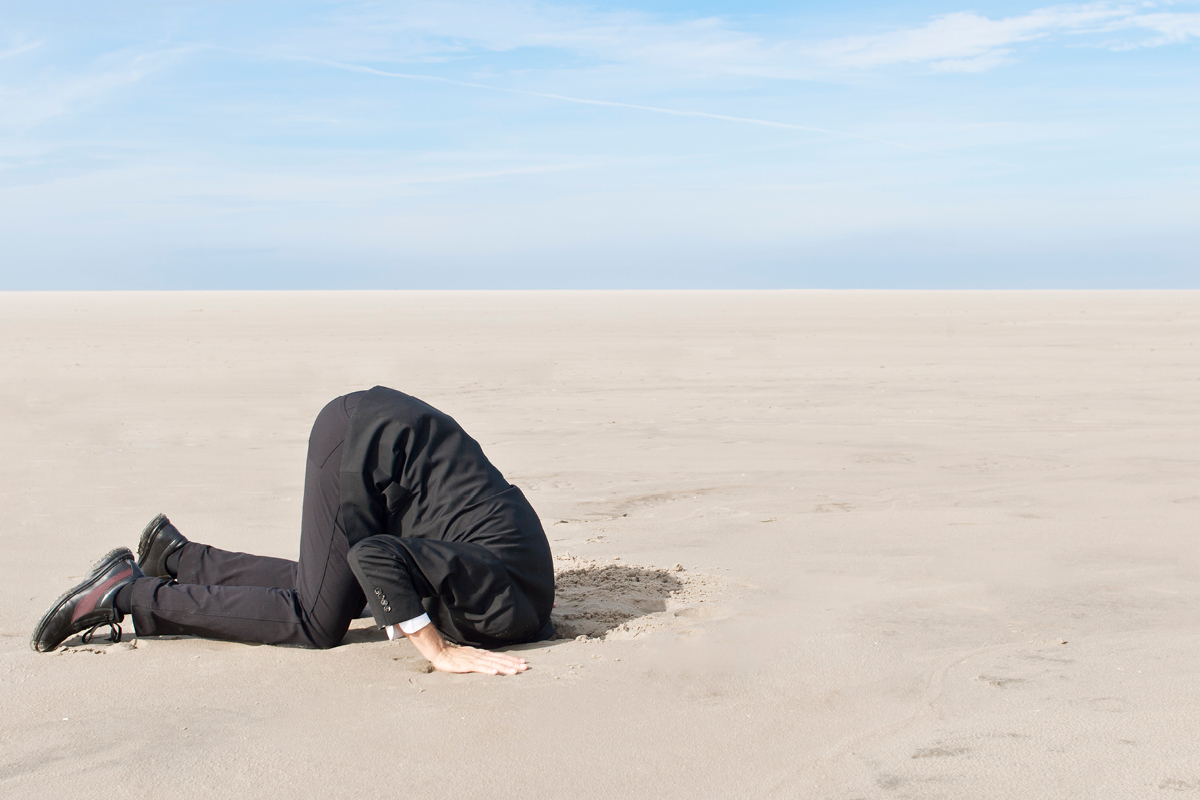 Regarding current events, for now, I’m sticking with denial.

I’ll continue being nice to people, and spreading whatever positivity I can, however seemingly inconsequential it may be, because at my most powerless, that’s the sword I can wield.

So as to avoid the giant, ugly, and rapey elephant in the room, let’s get onto a bit of said positivity that I can only hope serve as a momentary distraction.

Kicking things off, a few folks might recall when I made mention of an upcoming project I had brewing with a person called Cher Strauberry; 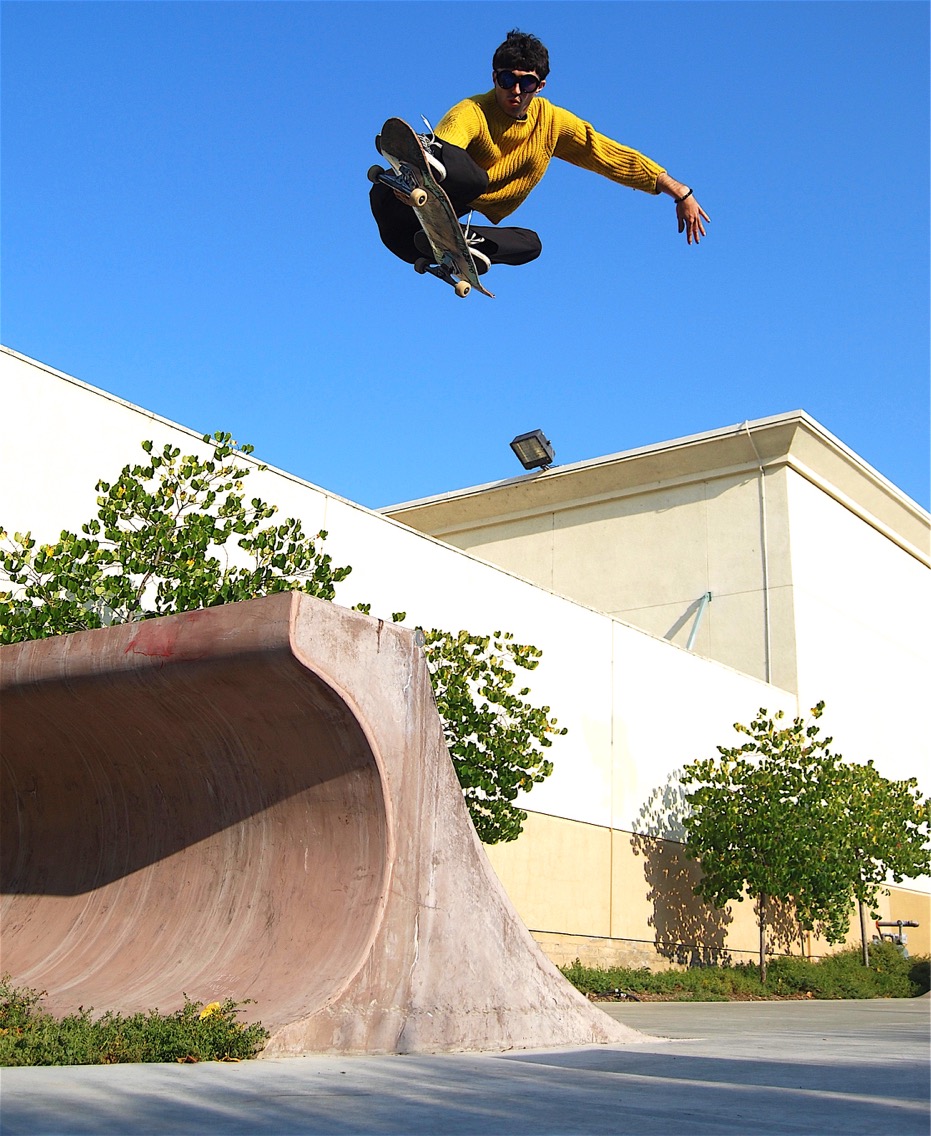 Well, after a whole heap of starts and stops I finally have things cooking with a signature Cher board; 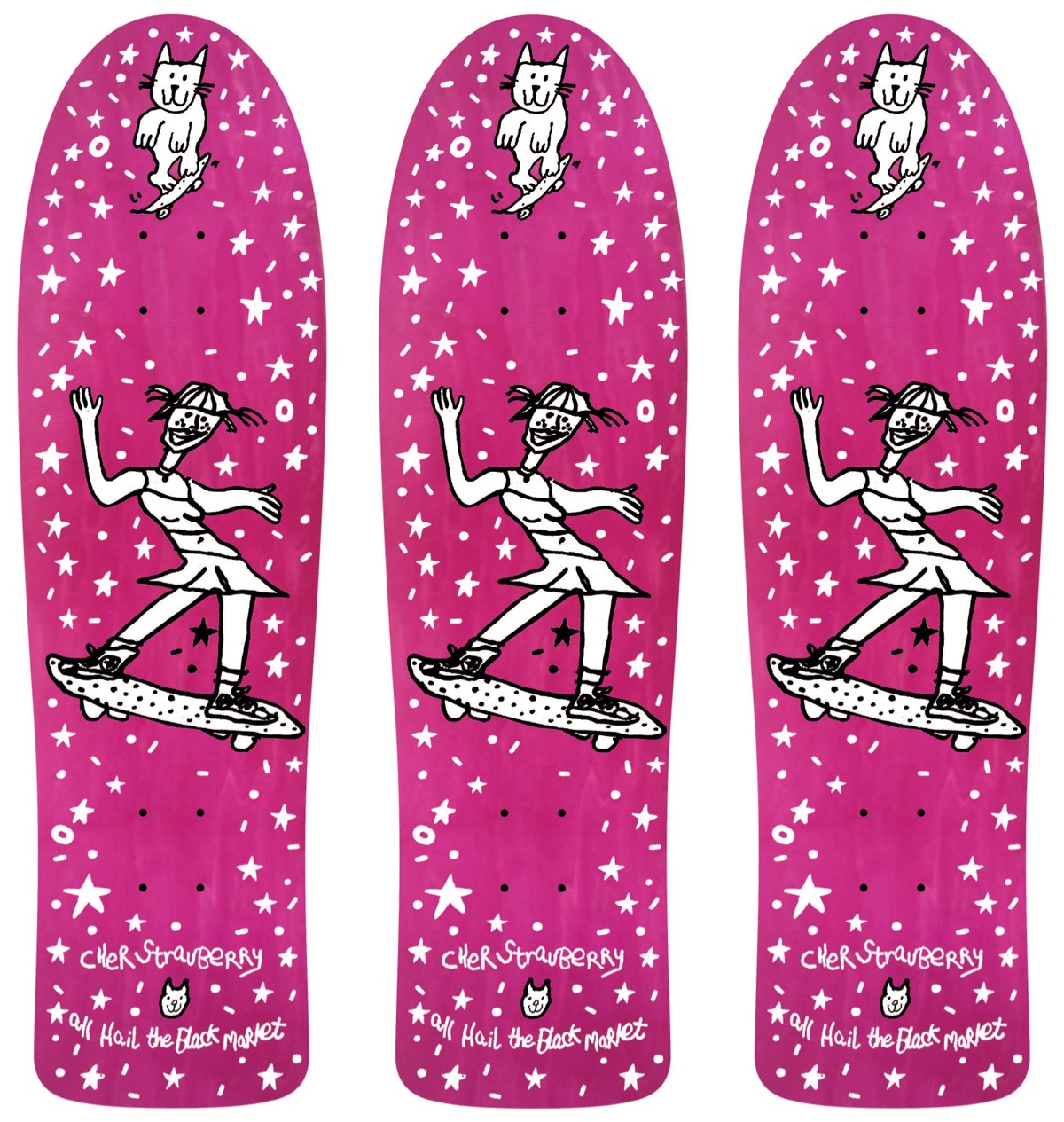 Assuming we don’t end up with a full blown calamity with the manufacturer, I should be taking delivery of these in about a month or so. In doing these I certainly didn’t want to take any steam from her deal with Unity Skateboards. I simply saw it as a nice way to give back to the community and offer some support to her as she faces some real big changes in her life.

Beyond that, she rides a skateboard real good, and is a peach of a human, so that pretty much checks all of the necessary boxes.

I’ll be pushing the hell out of these when they land, and I reckon we’ll even have a little deck release somewhere like a dirty parking lot, or a dive bar, or both, so if you have an interest, keep your eyes peeled.

In other news what might make a person feel incrementally better about the world, a month or so ago, Selene Yeager reached out to me and asked about the most ridiculous thing I’d ever personally experienced relating to bikes.

It wasn’t long before I immediately recalled a tale involving Blue Collar Robert which I offered her a summarized version of, before referring her to Robert himself.

Aside from Loudass actually being along for some portion of the ride, as it’s described in this linked article, is pretty much how I remember it; 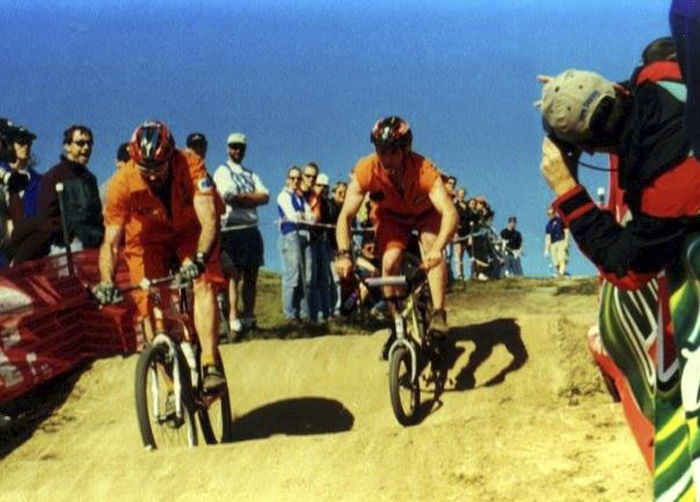 Actually, after a little bit of reflection, I eventually recalled The Loud One being there, because we all came though the Power Post Extreme section, and course marshals were freaking out and trying to push people off of their bikes.

It was like some kind of football defensive play. Loudass went right, I went left, and Robert zigzagged between us, under the tape, past the security and back on course.

In an age where every single component of every single banal occurrence is documented, only being able to recount Robert’s feat from a quilt work of foggy memories makes me wish we’d all had smarter phones back then.

But as generations of people have done before now, we just rely on the art of story telling, and a couple of blurry photos from a disposable camera to do the job. 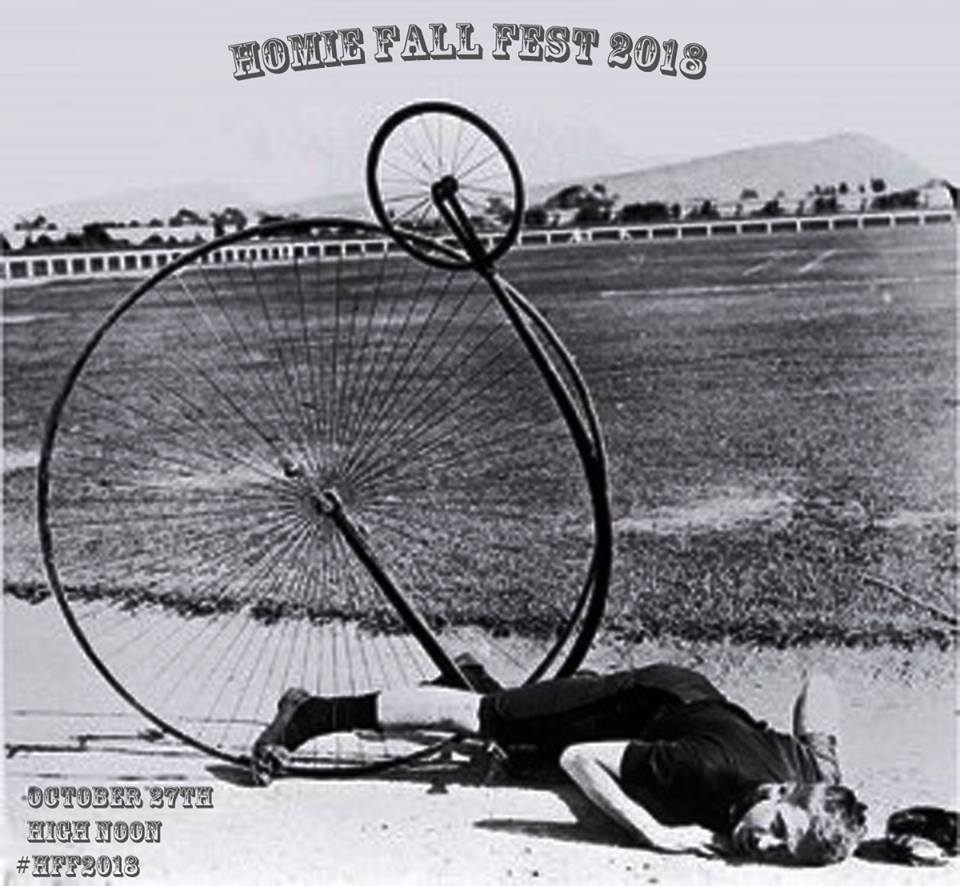 Do you know about the Homie Fall Fest? 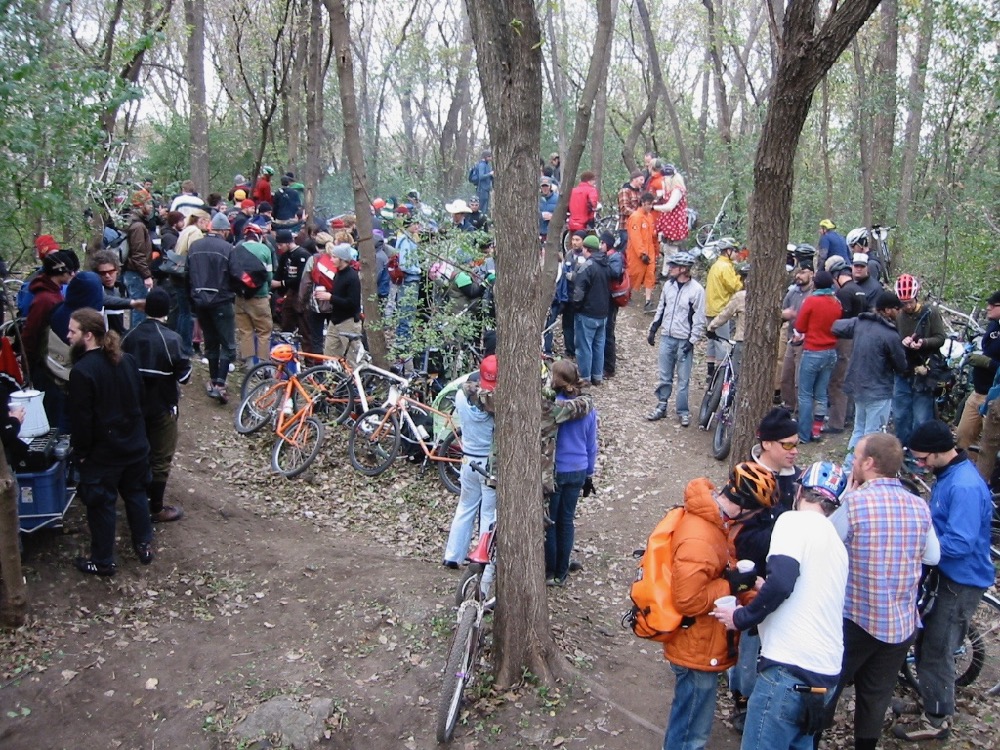 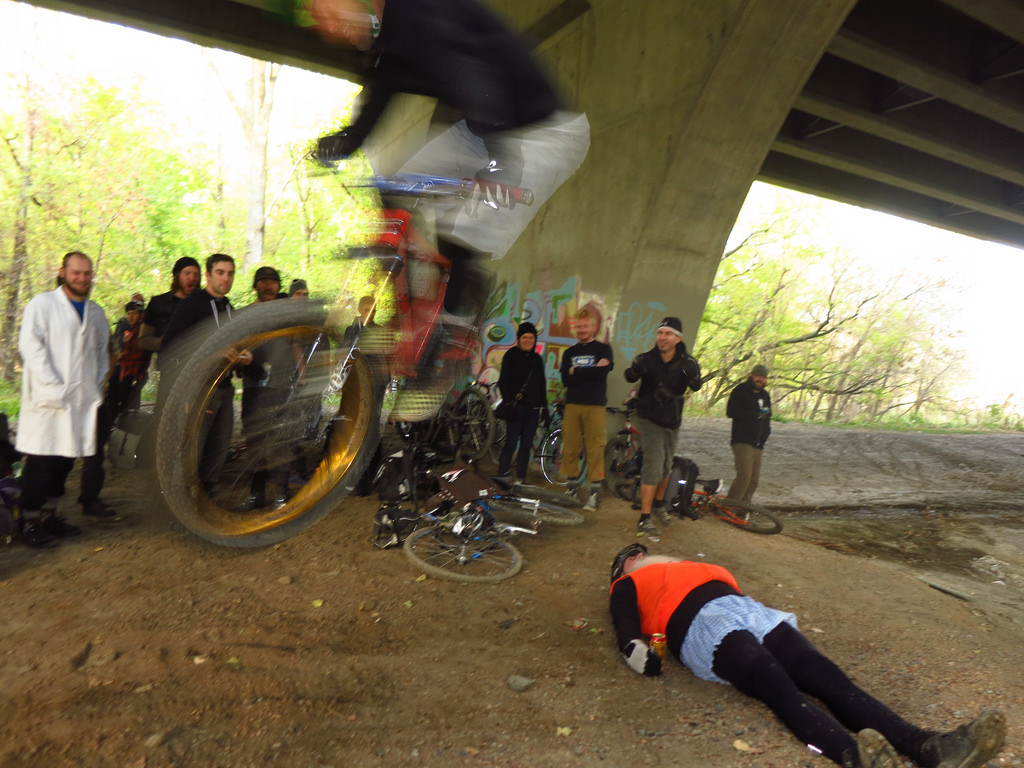 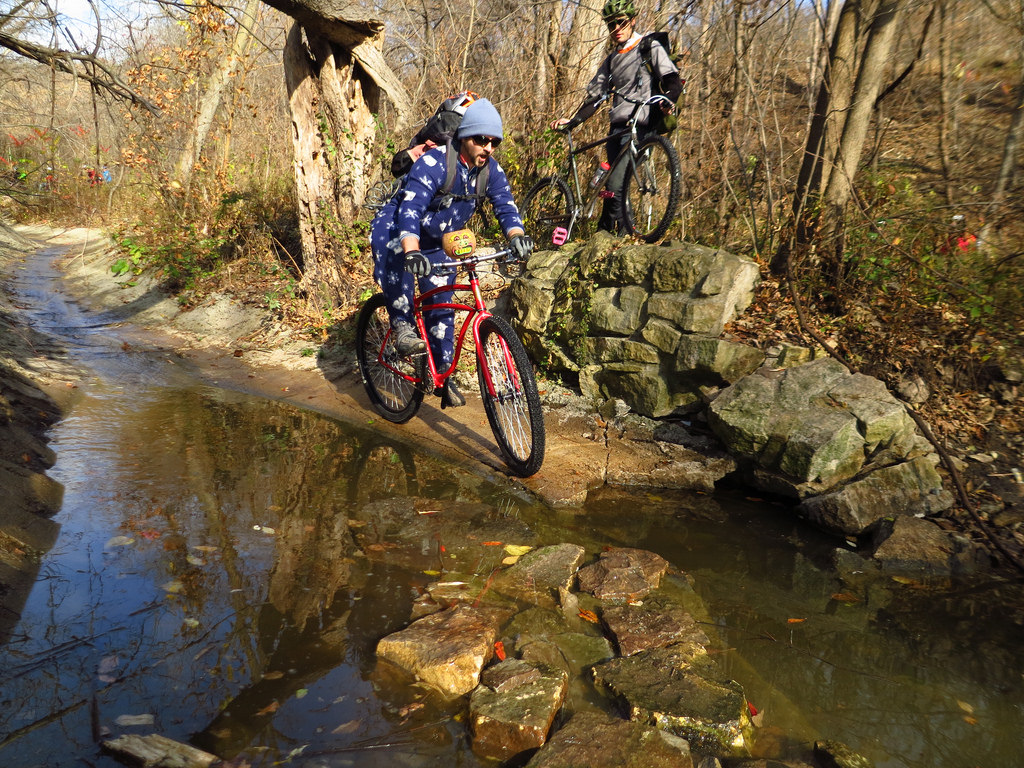 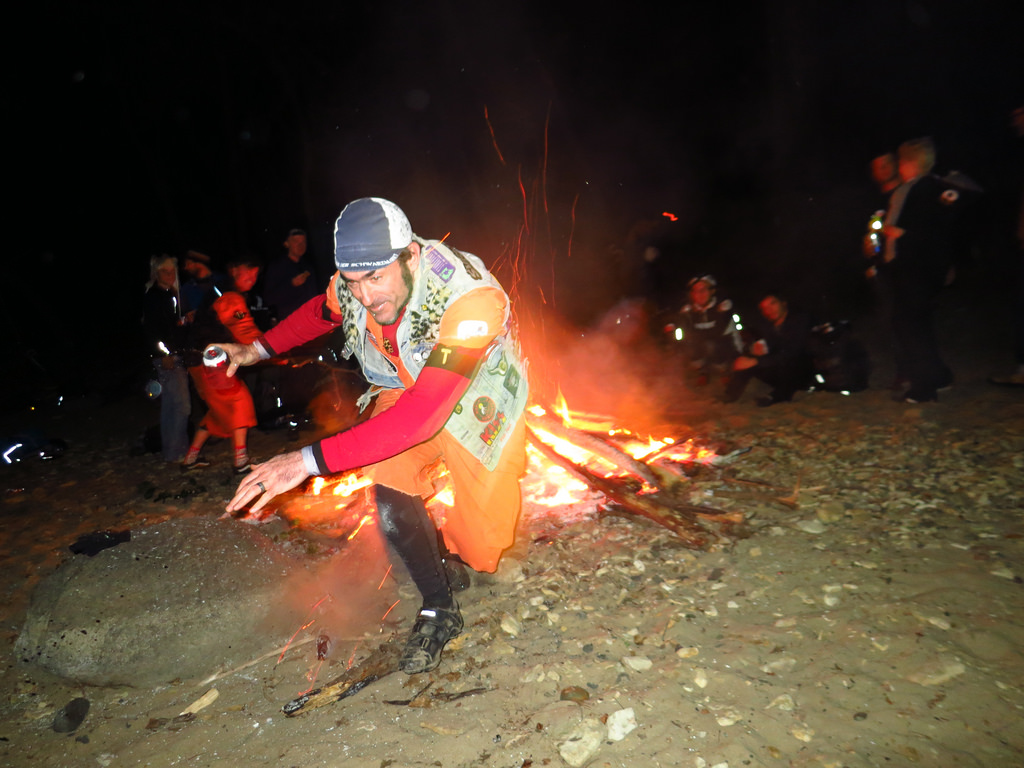 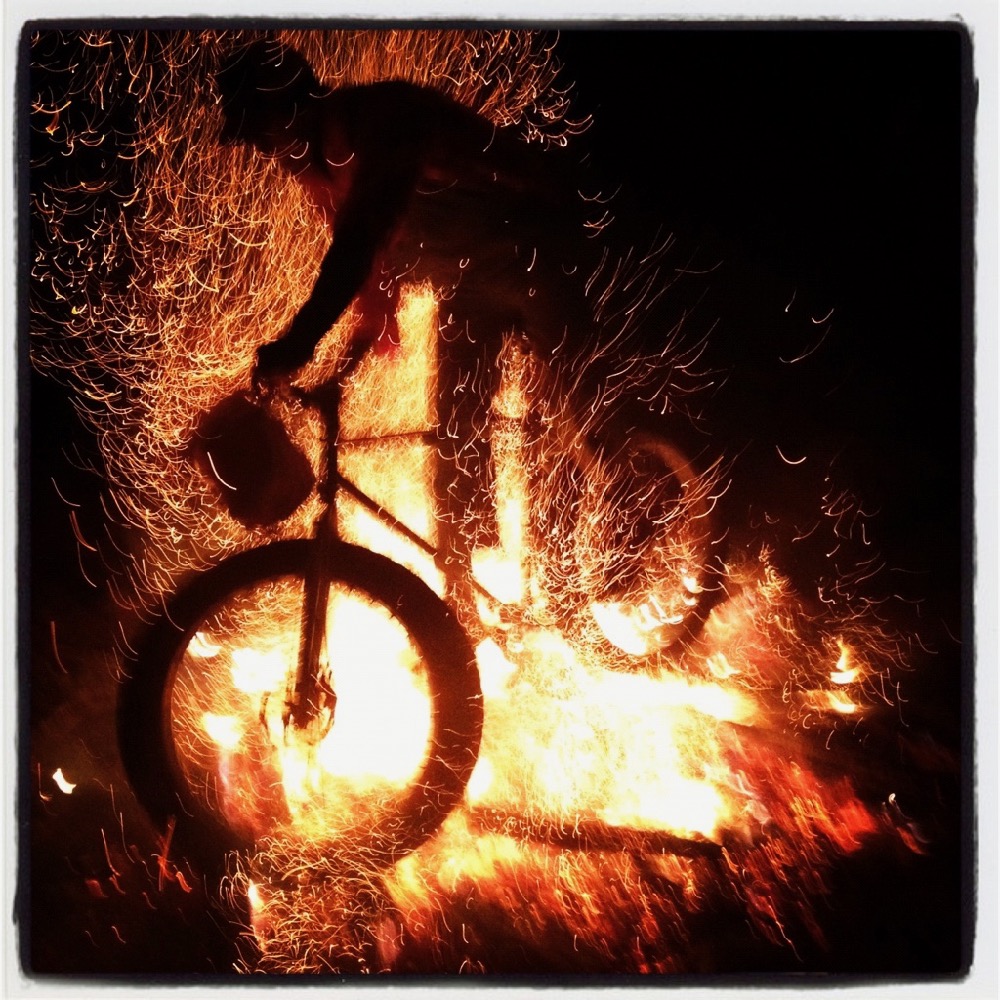 Pic by Hoss.
I mean to tell you- it’s the best.

Alas, I will be missing it again this year due to a scheduling conflict with my Shimano overlords. I will actually be in the great state of Virginia, and monkeying around Washington DC. Between looking for the orange fart cloud’s big dumb face in which I will thrust both middle fingers, I’m planning on visiting the Smithsonian, seeing a couple of friends, and looking for the Häagen-Dazs® store that one employed Ian Mackaye; 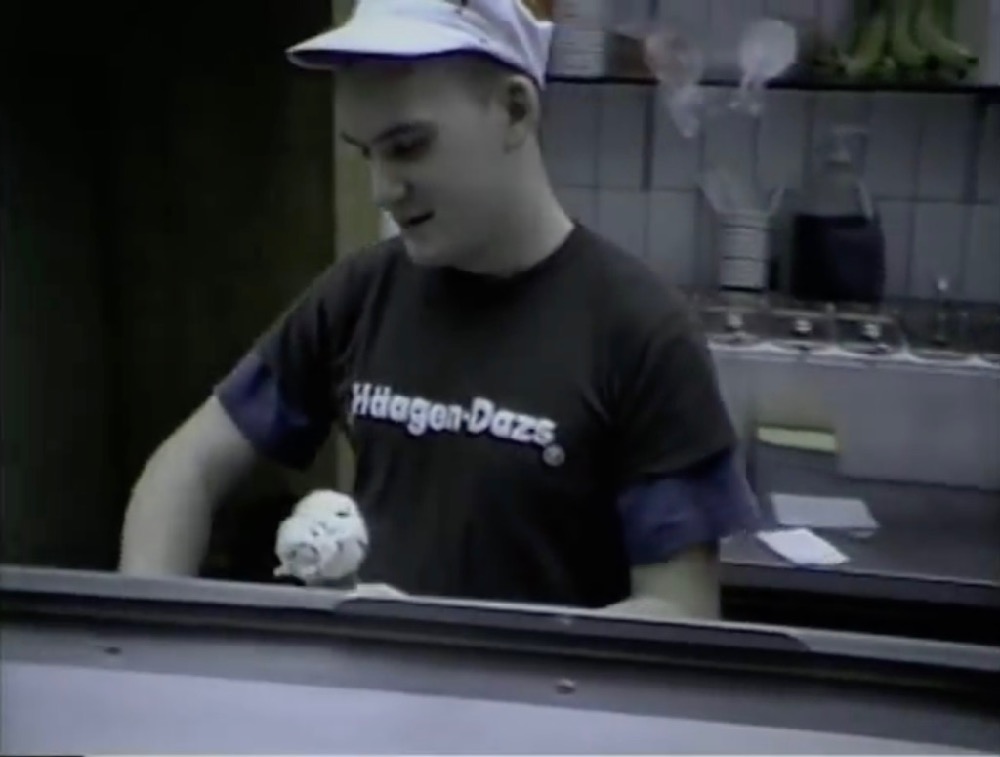 Anyway, for those of you who may be in attendance at the Homie, please do something altogether questionable in my absence.

At least for the time being, our collective tomfoolery, the occasional burying of our heads, and adding at least a pinch of denial is just about the only sane thing we can do for ourselves.

3 Responses to “I’m not even gonna mention it.”