Here’s to hoping Santa Claws brought you something other than coal, unless that’s what you’re in to.

Remember this post in which I described Pabst and its subsidiaries potentially going away forever?

Well, in the interim, and based solely on today’s opening image, I’ve fallen hard for a company called Sigma Brewing.

Now provided Sigma lowers their standards and makes a boring lager/pilsner/Pabst-esque beer for me, I might have very well found a suitable replacement for all of my wizard staffing needs. Unless that happens however, I’m afraid my delicate sensibilities and I will have to give their particular brews an extra wide berth; Looks like an immediate headache, but goddamn if I don’t loves me a black metal Santa.

So having discussed that, we should move onto other topics.

For those who perhaps spend any time on the Twitter (and anymore I wouldn’t recommend it) you might have heard some news about the following saga.

It seems as though a fella named Shane Miller has a YouTube channel called Digital Peloton News. Recently the stationary bike company called Peloton caught wind of Shane’s shenanigans and somehow assuming they owned the word ‘peloton’ sicced (sucked?) their lawyers on him; 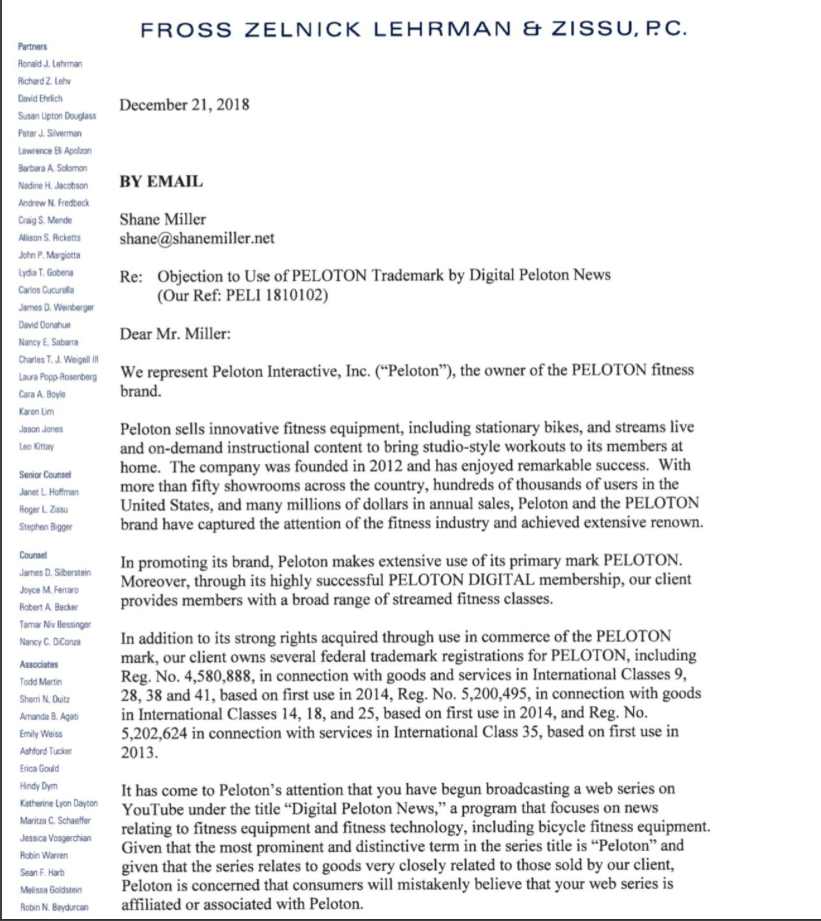 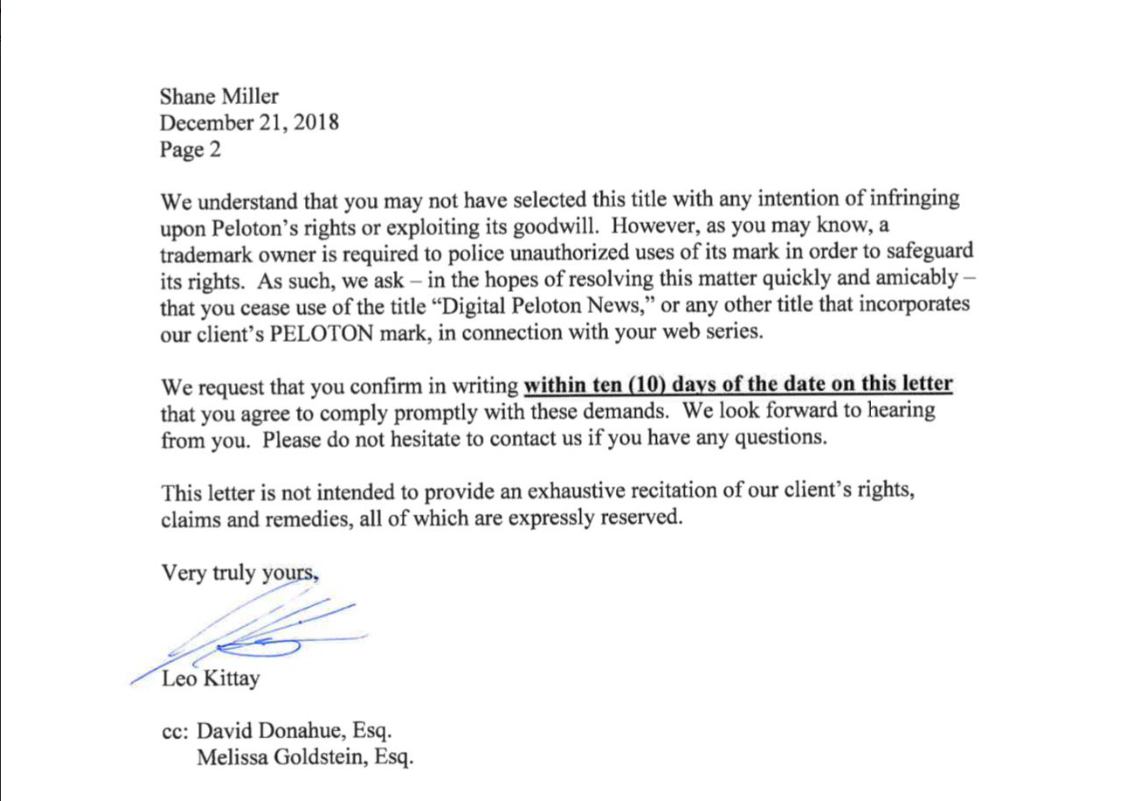 Well naturally, anyone with a half an iota of attention span can clearly remember when Specialized erroneously assumed that they owned the name Roubaix and they deftly got their ass handed to them by anyone with a voice.

Similarly, Peloton the stationary bike company heard loud and clear that no such tomfoolery would be allowed on our watch, and they quickly threw in the towel on this particular fight; 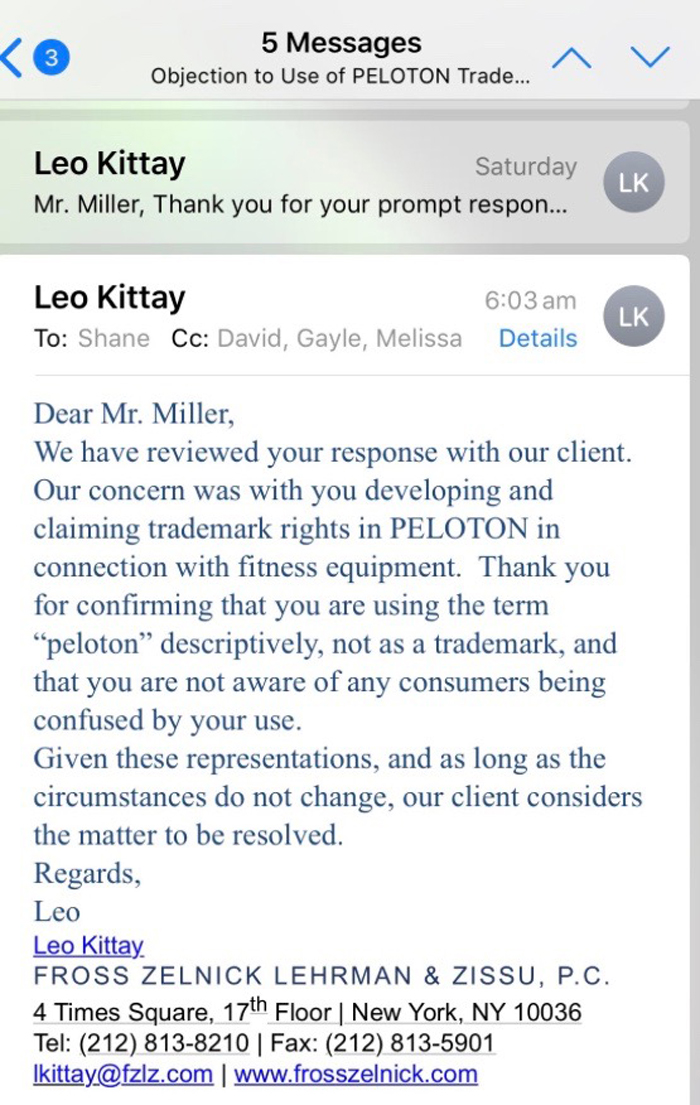 I would assume that on this day they actually learned what a peloton was.

So suck on that, Goliath. David wins again.

Moving on- We haven’t really broached the subject of bicycle infrastructure too much on this site in recent years, mostly because I haven’t come across a topic or discussion that to my mind was terribly interesting. Then, just yesterday, I was flipping through Embry’s Instantgraham stories, and I came across an image what lit a fire under all of my fantasies; You wanna take the freeway to work? No problem, champ. Go bananas. Meanwhile, the rest of us will be riding sweet, sweet hero dirt on the way to everywhere.

I’ll be the first to admit that any time I’ve traveled by plane in the past twenty-five years, I always gaze out across the vast expanses and take an especially special interest in the little cutty trails and fire roads that I see zig zagging across the hillsides below. This shot that Embry sent on is just a brilliantly perfect example of that which makes my imagination run wild.

And believe you, me. When I’m in power, building trails between freeways is the first thing I’m gonna take care of.

And finally, I will touch on a topic I’ve grown quite fond of the last many months, that being RC rock crawlers.

It was in June when I first posted this video;

At that point I had no idea any of this stuff even existed.

I still don’t understand how the hell any of that is possible.

But having quite enjoyed our last several Nerd-Offs (an annual model building competition for those just joining in), I recently opted to re-do the body on my own personal rig with a few additionally included details; 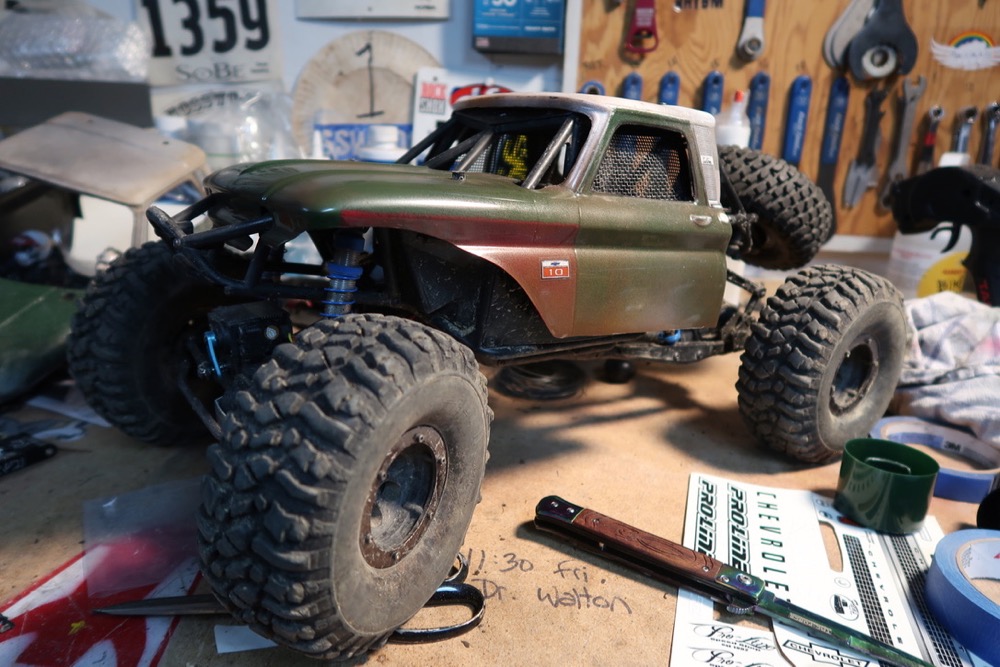 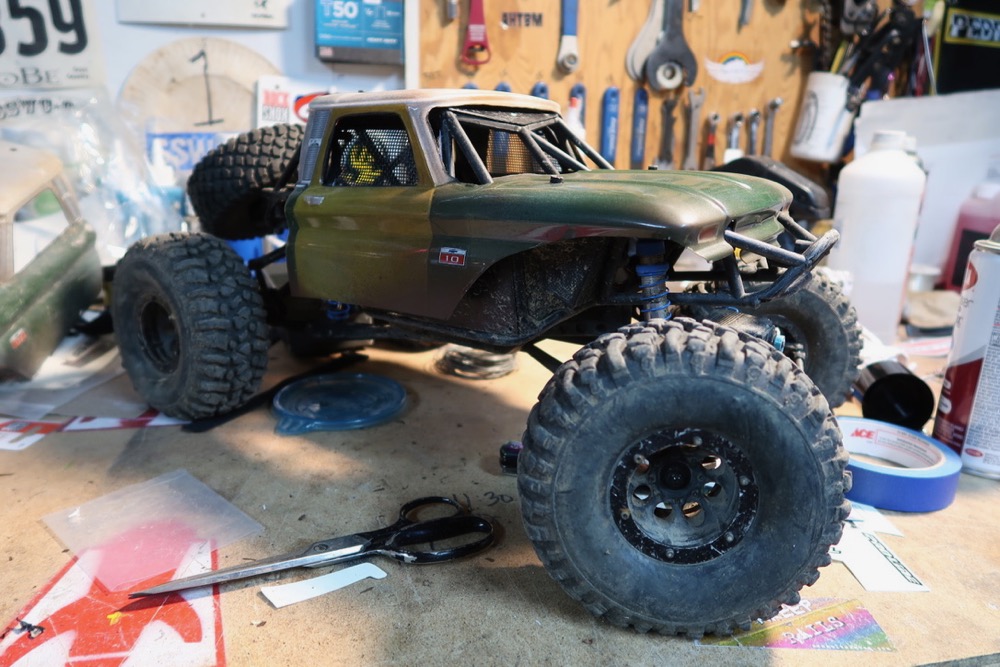 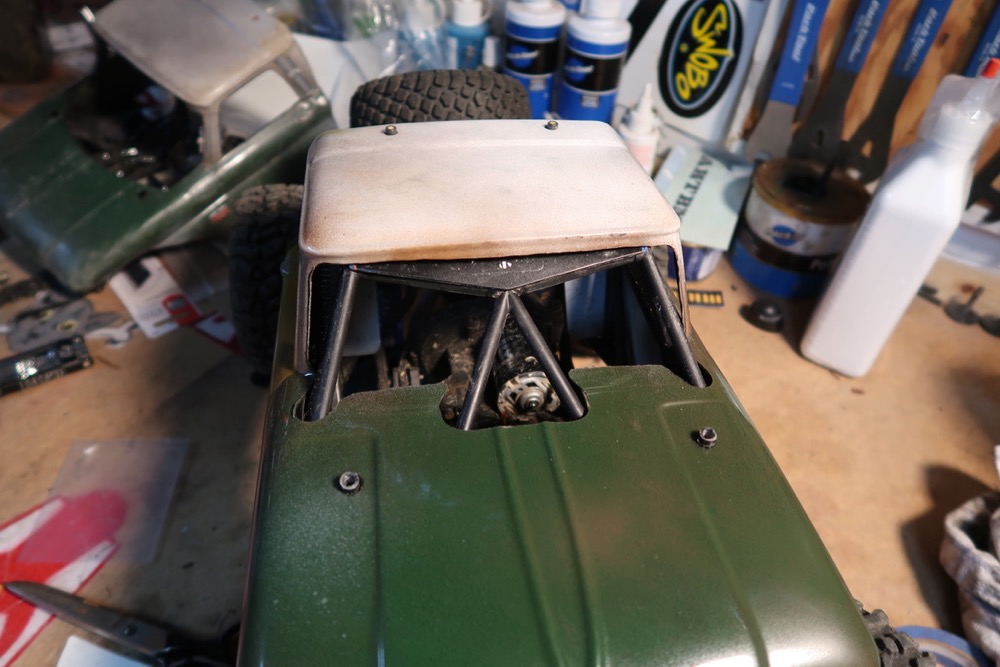 I still have the custom drivers; -but because I have since included a bigger battery, I figured it was a matter of time before I blew up my motor, which would require me to take the drivers out to replace it anyway.

A bunch of folks have contacted me saying they were interested in maybe picking a truck up for themselves (because apparently getting high/drinking beer in the woods and playing with trucks is a universal interest.)

I encourage anybody to get into it, and as dorky as it is, I recently had an epiphany about it. You see, when I was small, I loved Stompers, and Tonka trucks, and Adventure People more than life itself. I would spend hours and hours out playing with them in the rocks near my house. I remember when I was about ten or eleven and suddenly those toys didn’t hold as much interest to me any longer. The sadness I felt was palpable, and I even discussed it with my dad. He explained that sometimes you outgrow interests, and that I had maybe simply moved on to other things.

I suppose when I finally decided to get my truck, that discussion had come full circle, and it occurred to me that even after all of these years, I wasn’t ready to sign off on toys, and the imagination it takes to sincerely enjoy them.

Playing with this truck checks off those boxes that the ten year old me thought were gone.

I wasn’t that good this year, but to me, having this realization was easily the best thing Santa could have delivered.

4 Responses to “I hope everyone had a very merry Whateverivus.”