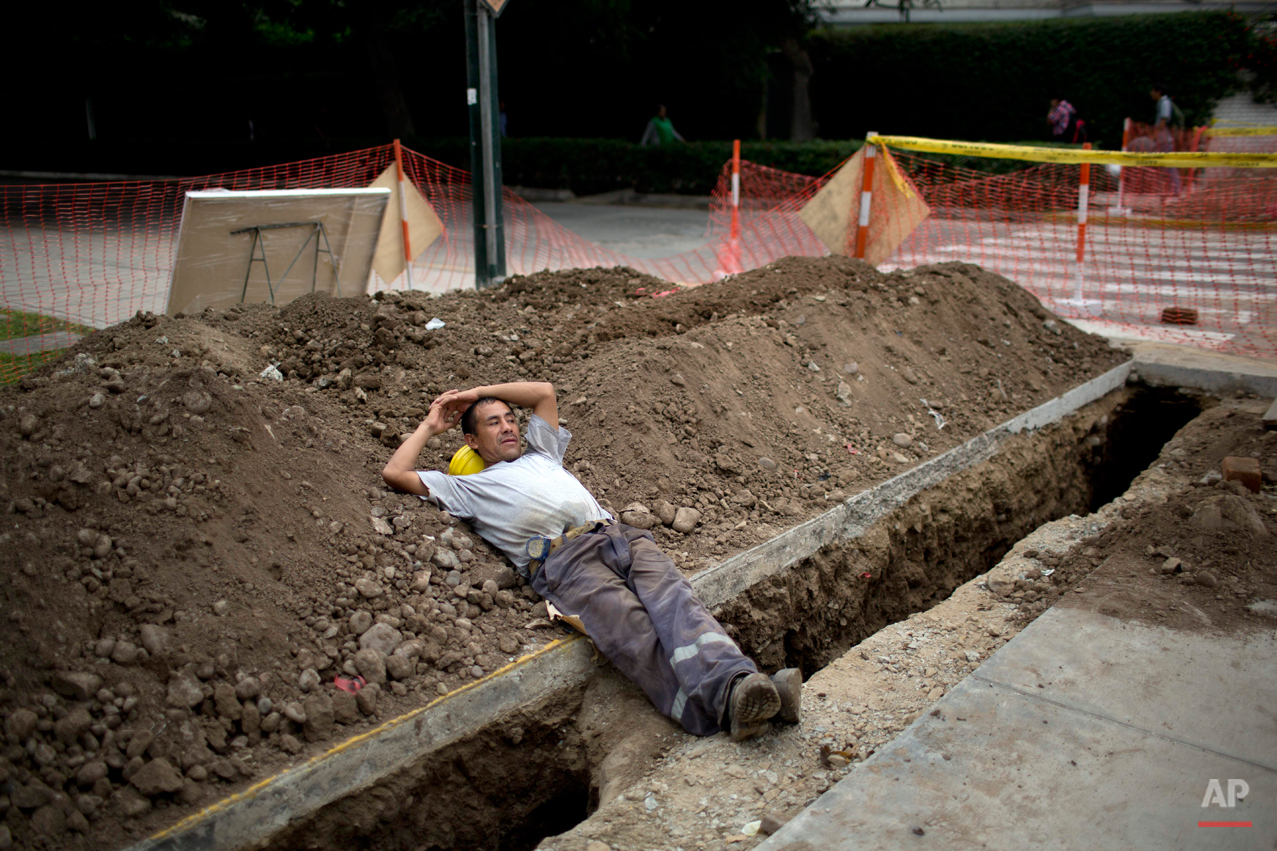 Though L.A. Parks and Rec promptly destroyed the efforts of the offenders, we’ll always have the video evidence to enjoy.

I have a little bit of fodder to kick off with so why don’t we start at the beginning?

Several times over the last couple of days I’ve received the following video, which apparently was important enough for people to actually repeatedly send to me at all, let alone a number of times in succession;

So there you have the viral video hit of the week.

In news of products you potentially can’t live without, I offer the following. Since I got hugged up with them Shimano Gravel Alliance shenanigans, for the first time in my life I’ve been running tubeless, and I’m sold. The only problem was having to get to Berkeley to the one bike shop that would allow me use of their compressor in the event of a tire swap, or having to replace the sealant. Being that at least for the here and now, I’ve been graced with the good fortune to have immediate access to the complete line of PRO Bike Gear products, which fortunately for me also included this pump; 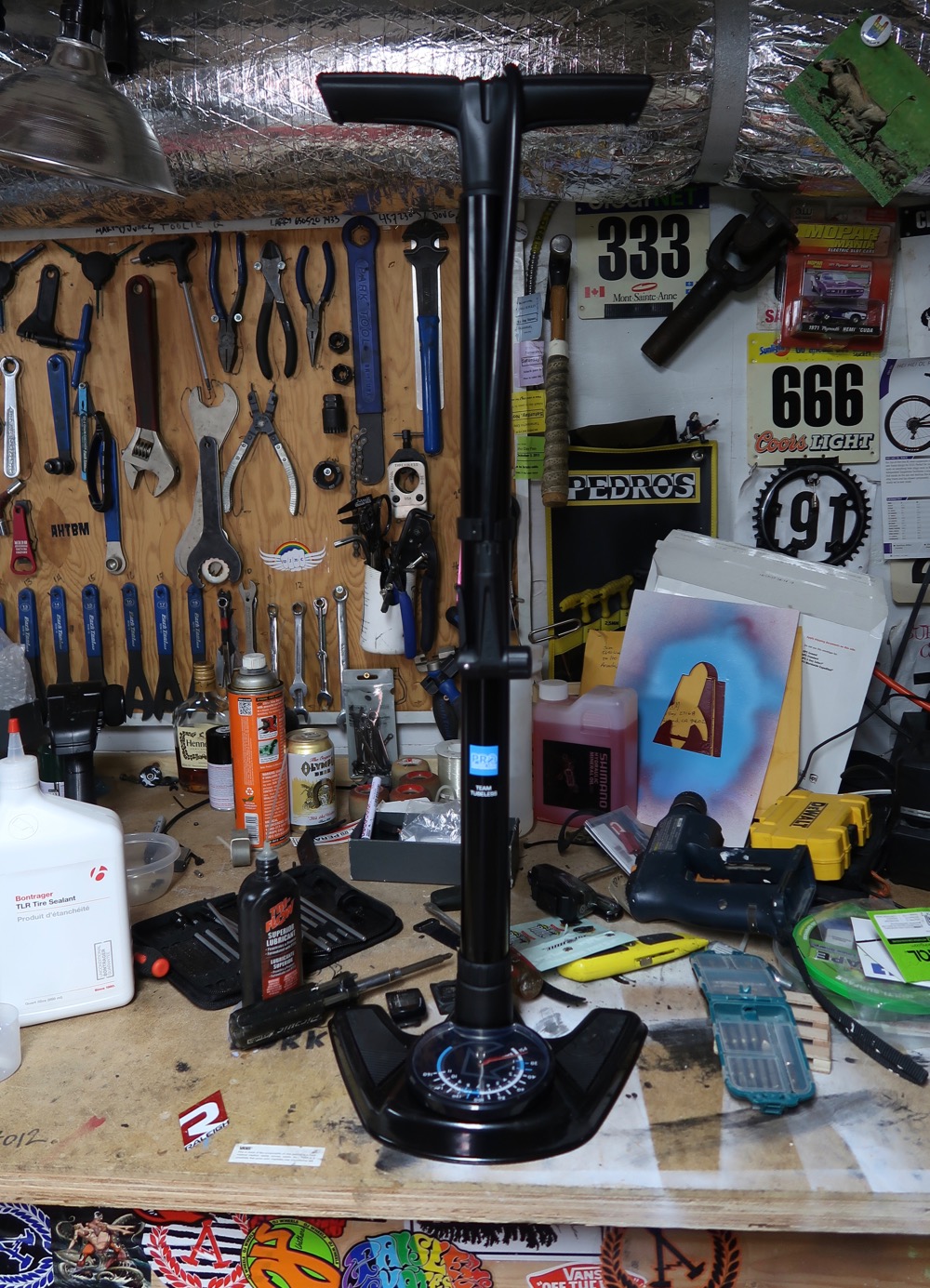 Now because I’m new to the wild world of tubeless technologies, I’d only heard of floor pumps that are compatible with tires that are filled with milky glue, but hadn’t used any of them before.

Now, forgive me if you’ve heard this one before, but basically, the trick to tubeless tires is once you’ve put a cup of sealant into the tire, to make the whole process works, you need to have a high pressure burst of air (like that you can get from a compressor), which effectively seals the tire beads, and puts a smile on your face. A Co2 cartridge doesn’t provide enough air quickly enough, so in the event you don’t either have a compressor, or access to one, the next best option is a pump such as the one above.

The magic to the pump’s success is this little switch; 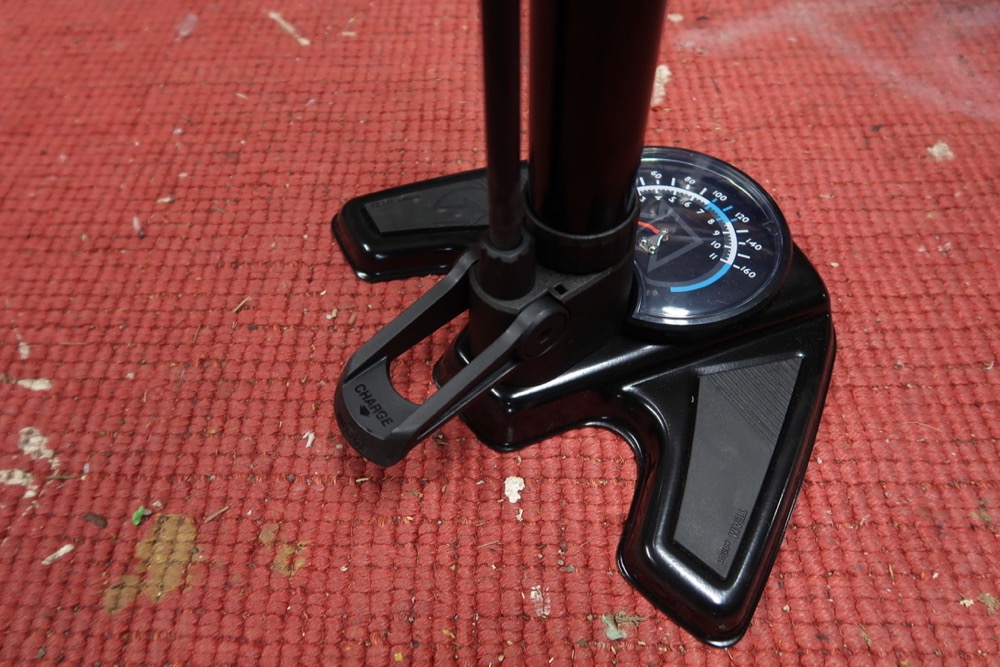 Once the pump head is affixed to the valve stem, you utilize the magical extend-o properties of the pump; 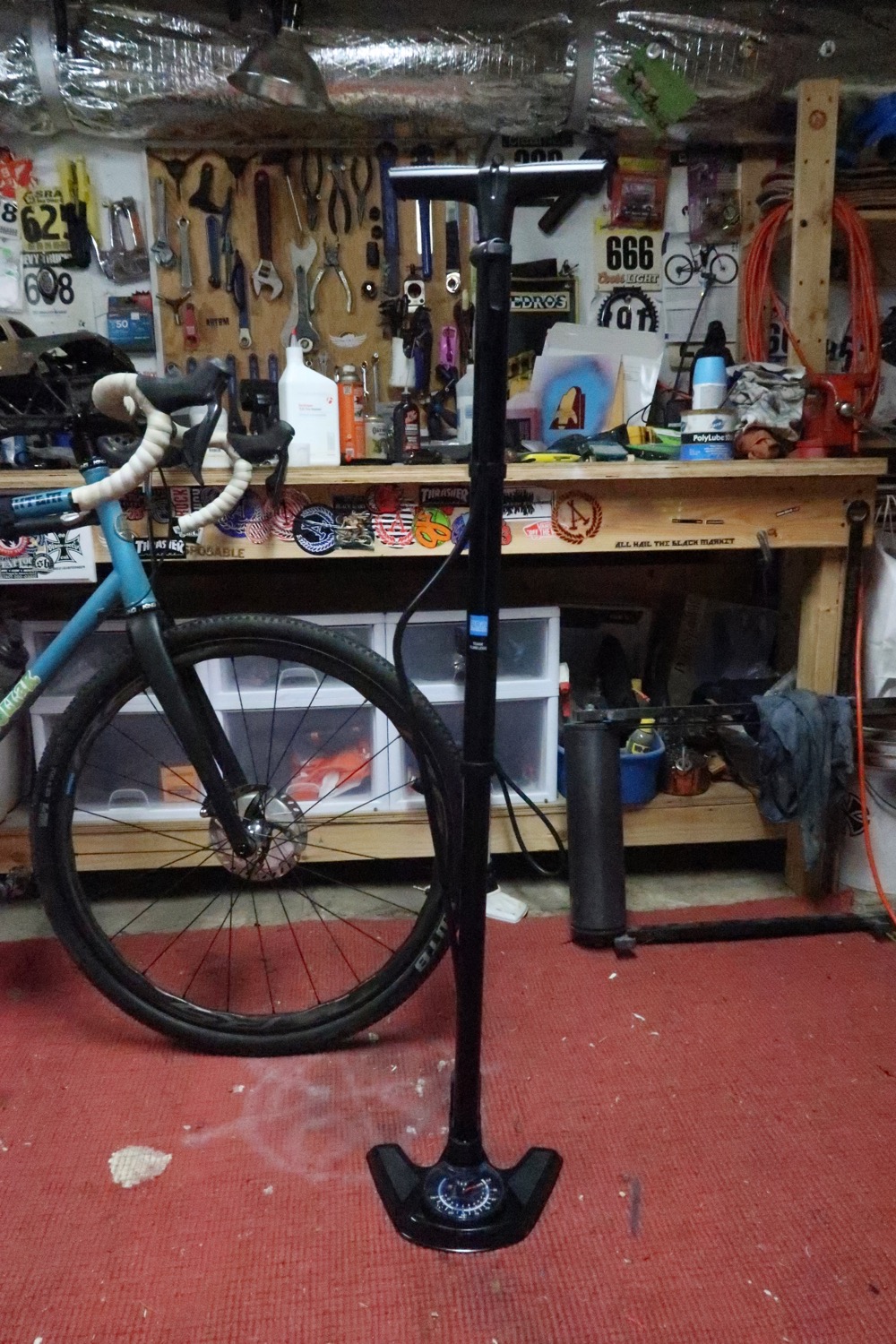 -and keeping an eye on the gauge you can see from space; 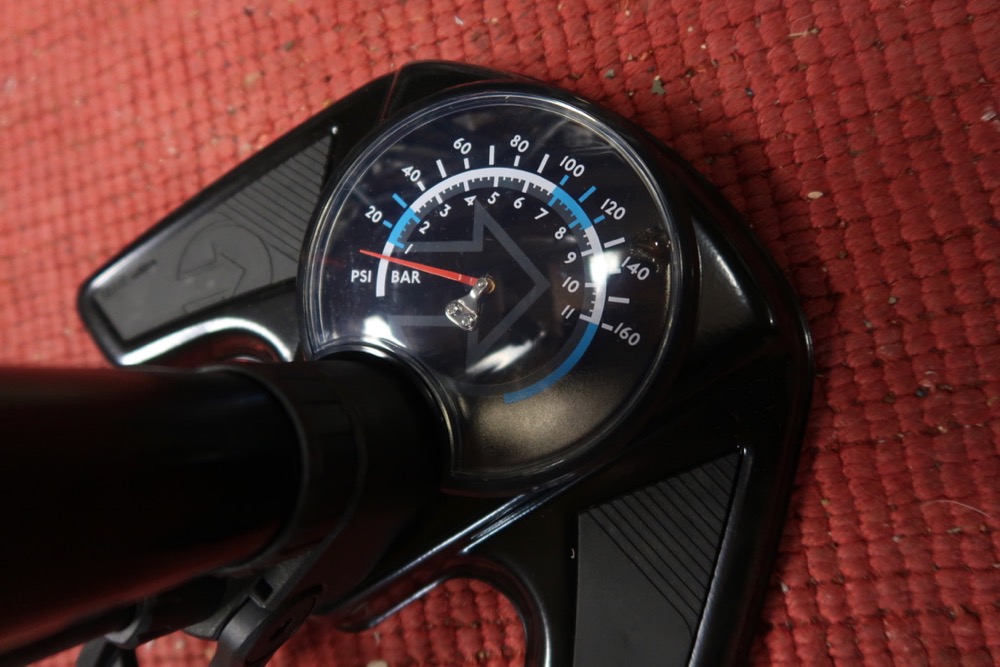 you wait until you’ve reached 160 psi, flip the switch, which then sends a fa(s)t burst of air into your skins, and a feeling of unmitigated joy that you didn’t have to strap your wheels on your back and ride your dumb ass across town for such a menial task.

It works as a normal pump for normal tubes, on normal bikes owned by normal people as well, so if you are like me and have tubeless tires on one or a couple of your twelve two fourteen bikes, and as of yesterday, $6.66 in your checking account, this route is approximately 1,000% more desirable than investing in a compressor.

I haven’t dusted off the old bloody pentagram rating system for some time, so this as a good a time as any. Though I’ve only had the pump in my possession for a matter of a few days, as of right now I’ll go ahead and give it five out of five;

So thank you to Shimano and PRO Bike Gear for their time and consideration on this matter. Because if these developments, I am now a more capable mechanic, and that ain’t not nothing.

Oh, and speaking of the Gravel Alliance, this just got pushed out into the ether;

I think remember some of that stuff.

I mean, I’m sure I was there as my right knee still clicks from the ridiculous final climb on the second day. Alas, now it’s all just a fuzzy memory so I’m glad that Shimano opted to document some of the hi-jinx.

In other news of the bikecycle world, Laura from Soulrun Worldwide reached out with news of some goodies she’s got rolling out of her sweatshop;

I hope you’re doing awesome. Things are going great over here mostly because I’m back on my mtn bike after breaking my hand a few months back:) 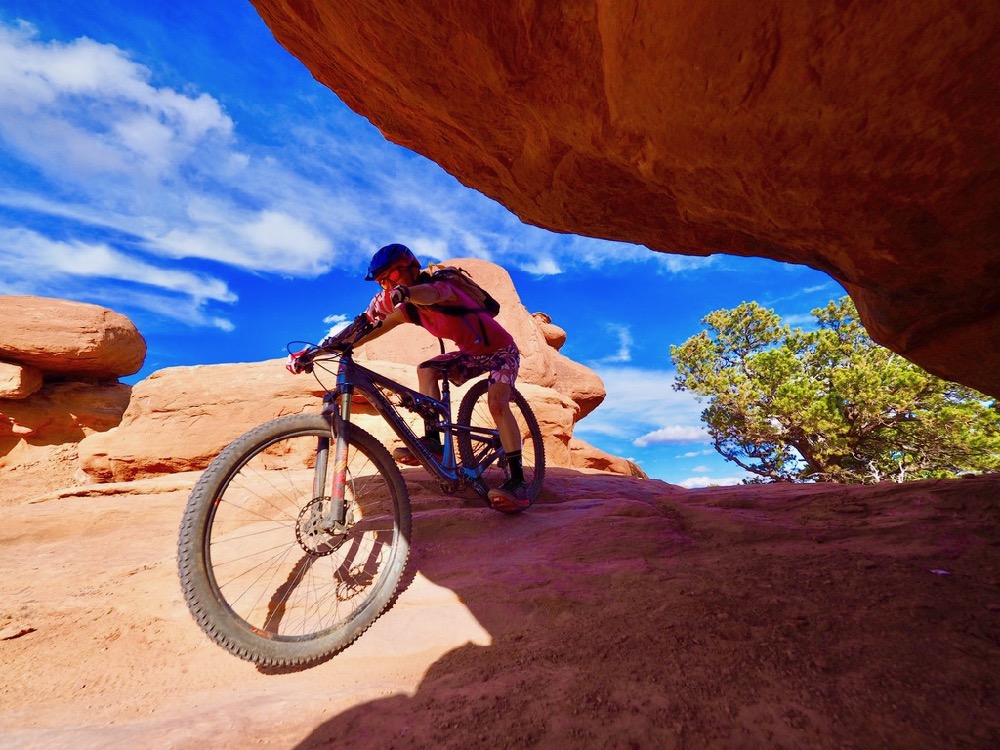 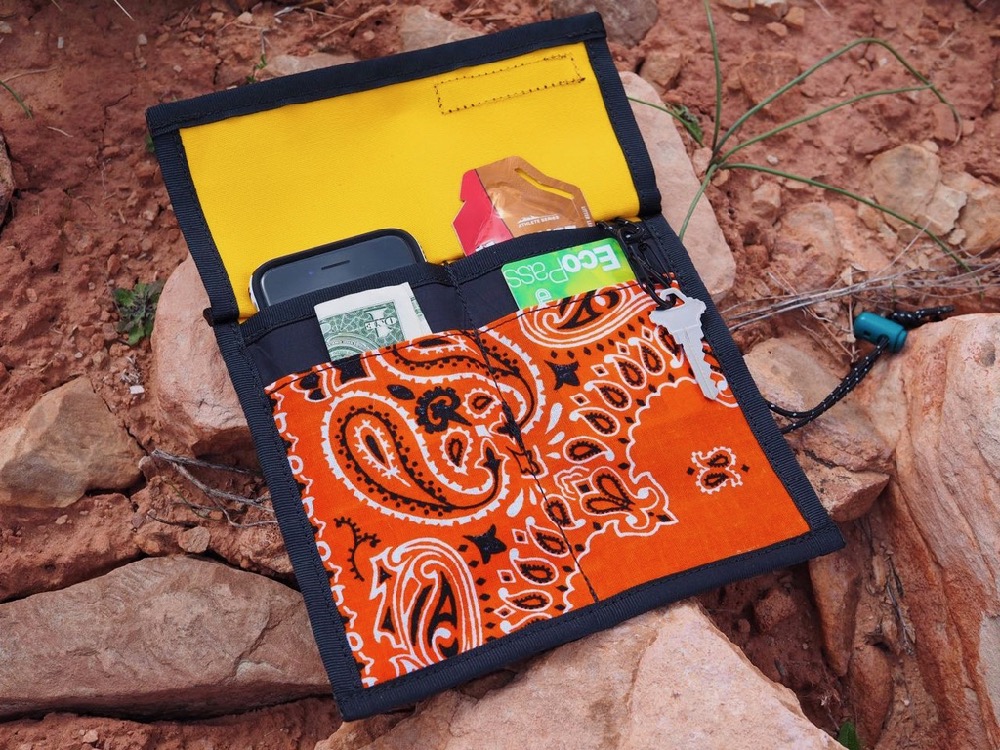 I’ve got some cool new cobra buckle belts in the shop too. Much like our other belts they hold your pants up great and are very good looking. 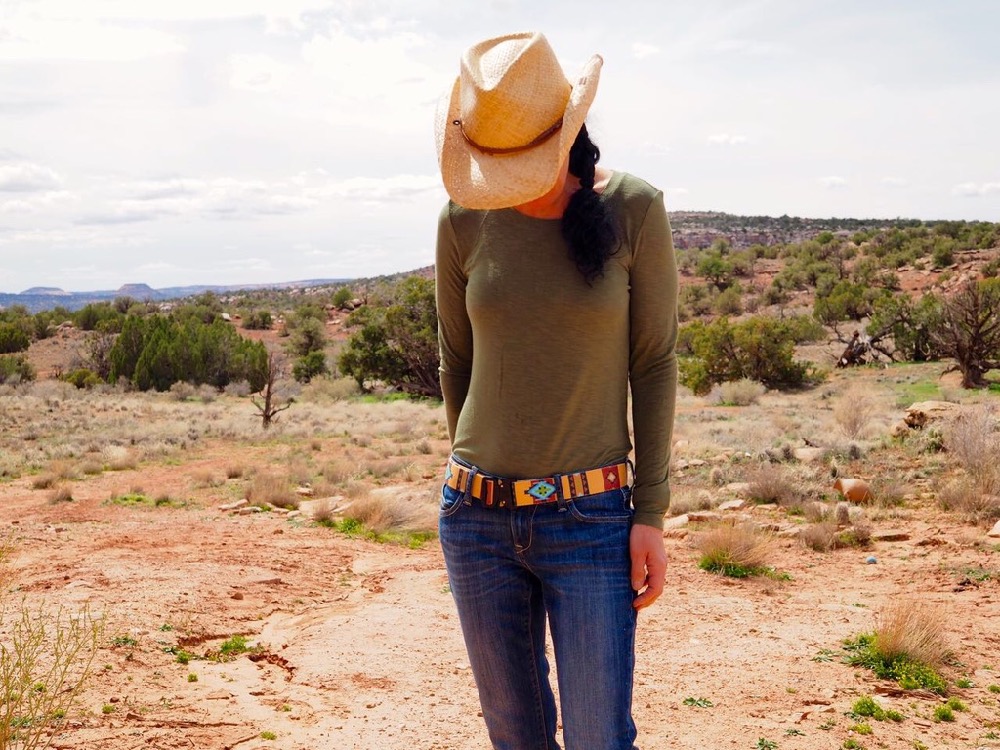 Would you mind sharing this on AHTBM? I’d so appreciate it:) I hope you’re having fun with you’re cars! Please come stay and ride with us in CO this summer😍🚲🌞

I love that Joe and Laura. They are truly a couple of the kindest people on the planet. A thing I most adore about Laura (which I’ve told her regularly) is that she’s like a foul mouthed June Cleaver. One minute she’s saying ‘oh gosh, I hope you enjoyed the sandwich I made you and it wasn’t a problem that I cut it corner to corner with all of the crusts removed’, and the next minute she’s calling someone who’s crossed her a string of expletives that would make a sailor blush.

The moral to that story is that if you keep on her good side, she’ll be your friend forever.

Finally, in closing, I’ll mention that there is a chance that I might be once again making my way to this year’s running of The Sea Otter Classic. This means that Thursday’s post might or might not be here.

I’ve worn a number of hats to this event over the years. Everything from vendor, to journalist, to bike racer, to ne’er-do-well heckler, to wild eyed atendee.

I reckon this year will be a little bit off all of those things.

Or if push comes to shove, somebody will hand me a shovel and put me to work to keep me out of trouble, because as my dad’s always said, the world needs ditch diggers too.

2 Responses to “It beats digging ditches.”