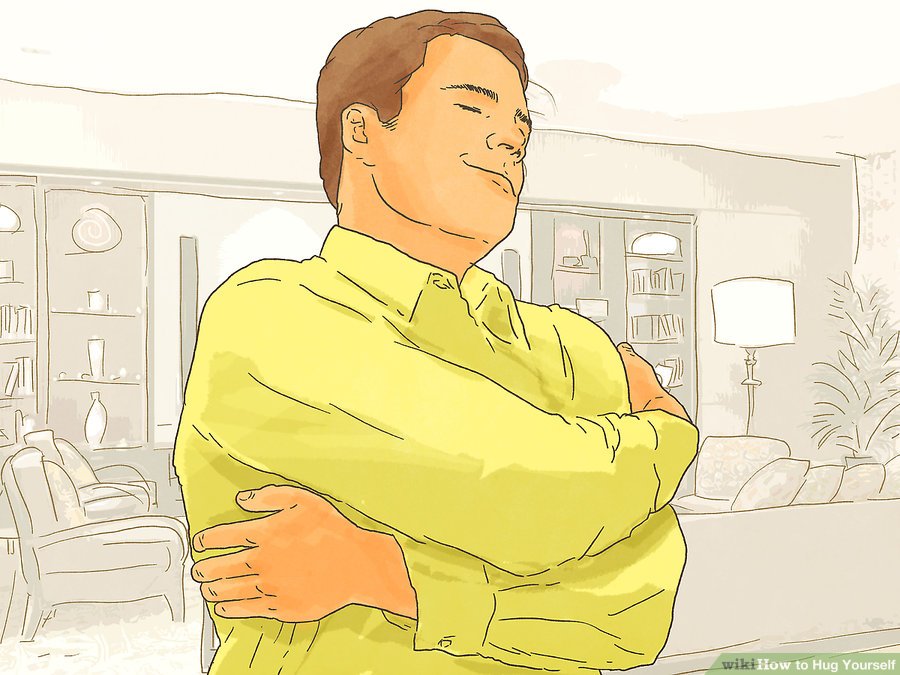 Man, anymore it seems harder and harder to just find a thing to smile about.

The weight of the world is crushing, and more often than not just making it to bed time without losing my mind has proven to be a challenge.

Thankfully I recently came across a story that if I were in power, would be the internet’s final bow;
https://youtu.be/RhEM9qJl6Vs
I adore absolutely everything about this, not the least of which is the serendipity of it all.

The universe certainly works in mysterious ways, and the fact that Dean and Nala happened to find one another proves to me that as chaotic as it sometimes seems, there is a rhyme and rhythm to everything.

In other corners of the world where one might find things to feel ok about- it was just a few days ago when I opened up the mail box and pulled out a small plain white parcel. “Hm“, I thought… “My monthly Baywatch fan fiction digest isn’t supposed to arrive for another two weeks. I wonder what this could be?” I tore it open like a child on Christmas, and what to my surprise should I find but a published work by none other than FBM’s own Steven Barrett Crandall and Matt Coplon; 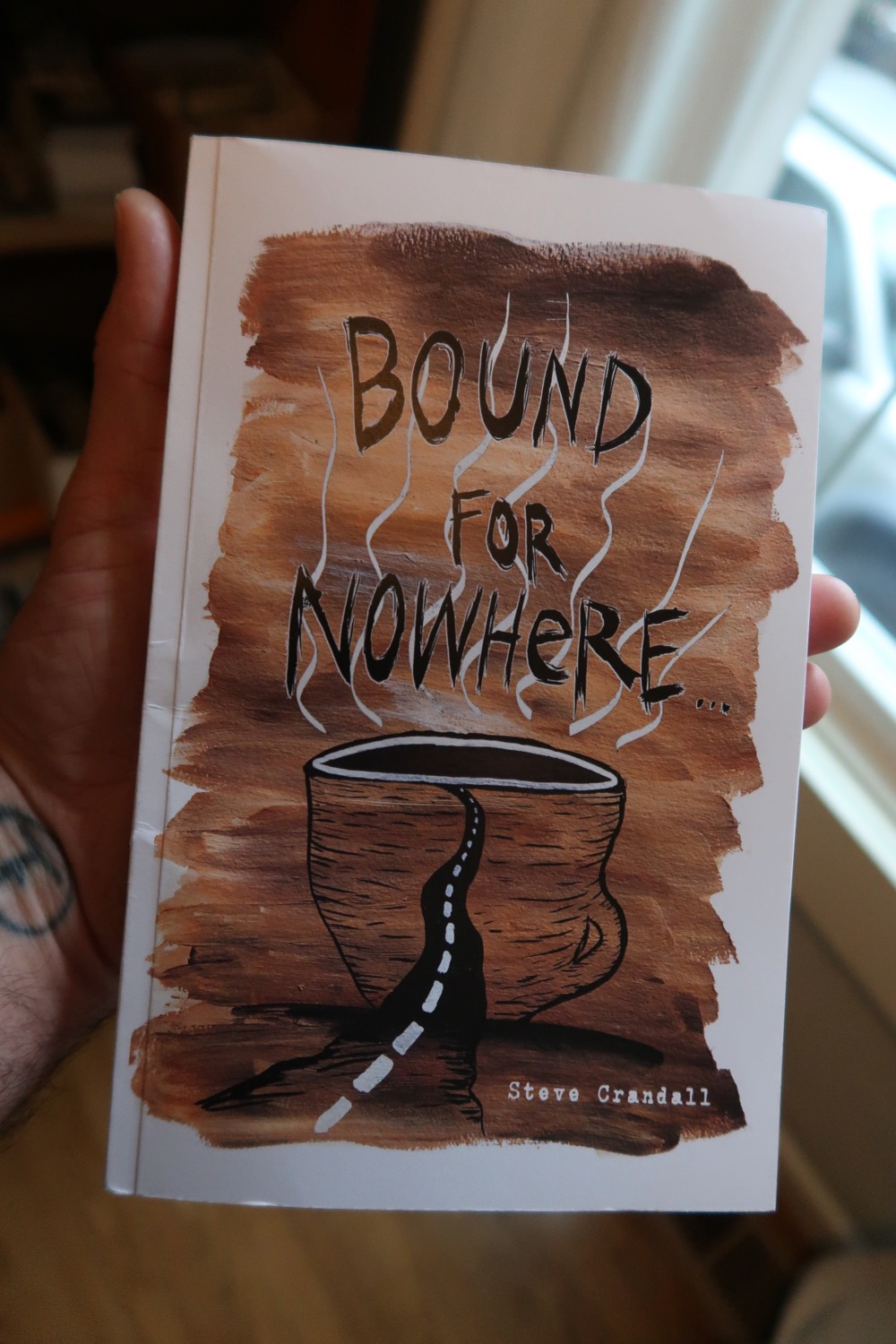 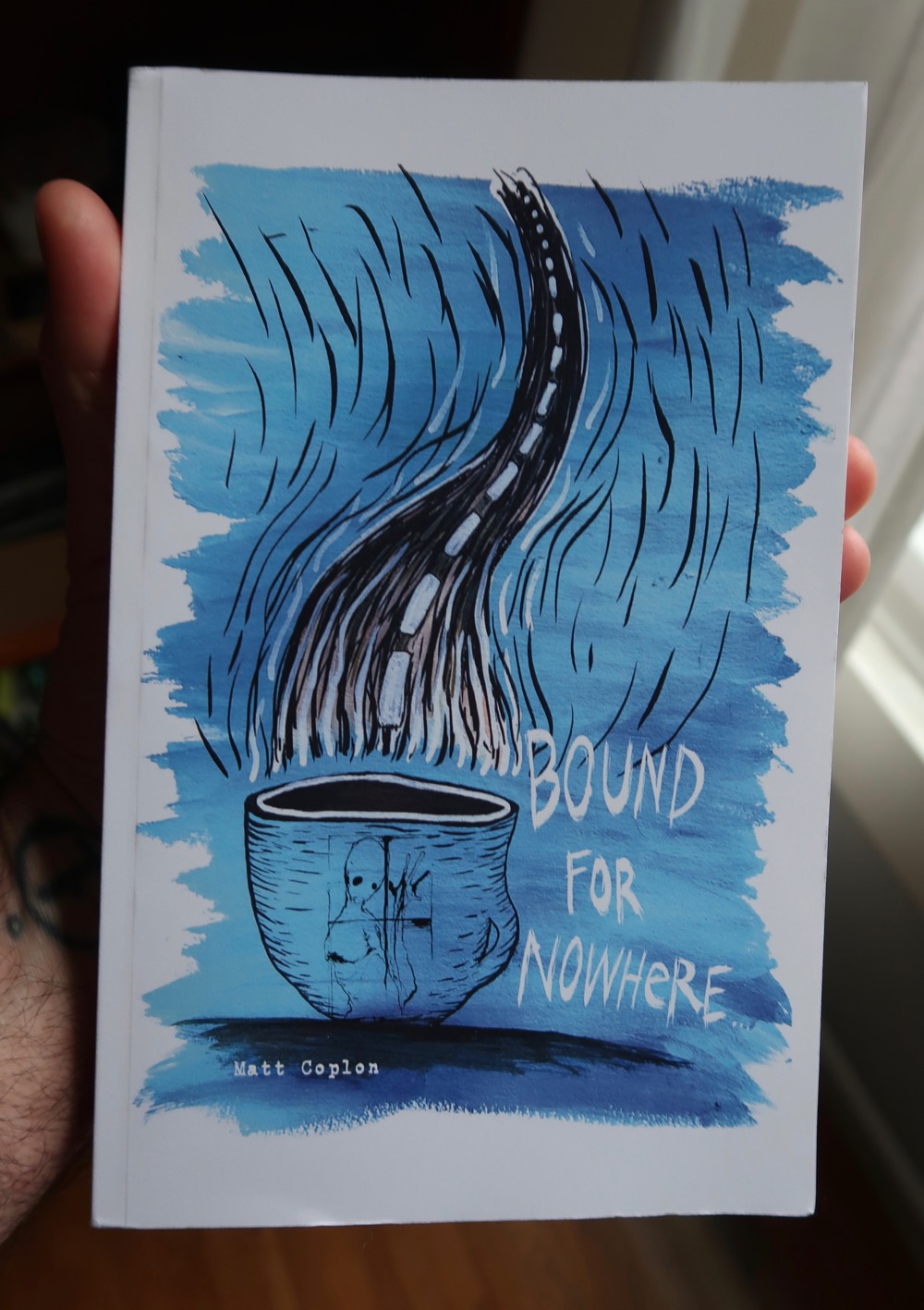 To be honest, in the couple of days the book has been in my possession, I’ve only begun reading Steve’s forward so I can’t offer an opinion one way or another on its contents.

Having said that, I can at least guarantee that Steve is about as sharp witted a fella as they come, stories from the road never suck, and I have no doubt that the book will be a compelling read.

And some folks might remember back in 2015 when I had finished reading Matt’s book ‘Collapsing Into The Whatever’, and had offered a couple of thoughts on his effort.

Being the fan of story telling that I am, I quite look forward to getting through this, just as soon as I get a second to sit down, which at this stage looks like I might find to do on or around the eleventeenth of never.

If you’d perhaps like a copy for your own bad self, all you have to do is go here, and make that magic.

In the meantime, perhaps you’d like to revisit this edit of Matt, just to get a clue as to what he does beyond write them fancy words;

Let’s see… What else do I have on deck for the day? Ah, yes. It was through Jon that I discovered this little mini documentary about the unsung hero of the kitchen;

I spent years at the sink primarily because in my hometown, it was the only job a young fella couple get. The girls got the counter, or bussing tables, and the boys got the shitty kitchen jobs.

Cleaning grease traps, getting locked in the walk-in, being berated, and generally abused as the low man on the totem pole by coke head cooks, bartenders, and waitstaff alike, the fact that I didn’t emerge from those years with a raging drug addiction myself is a miracle.

I remember my friend Mike got a job in the kitchen at Village Inn (kinda like a Colorado Denny’s) at the same I started working at Evergreen Inn (lotta Inns back then I guess), and on his first night actually ran a knife across his arm so he could bail because it was such an absolute nightmare of a place to work.

He needed the job however, so his injury at least gave him a reprieve so he could potentially get lighter shifts before getting thrown to the sharks.

The upshot of his story is he ended up going to culinary school in New York, spent several years working in super high end kitchens, eventually becoming the executive chef at some place in Vail, and then bailing on the whole shitshow to become a fireman.

Obviously my eventual career wasn’t as illustrious, and upon exiting my last kitchen job nearly thirty years ago, I vowed to never again work in the food industry.

I’ve stuck to that commitment with a greater level of dedication than anything in my life, and the most profound take away is to give folks in that particular line of work unwavering respect.

And as far as me never again working in a kitchen as long as I live goes? That’s the best kind of self hug I can give.

8 Responses to “It feels good to feel good.”