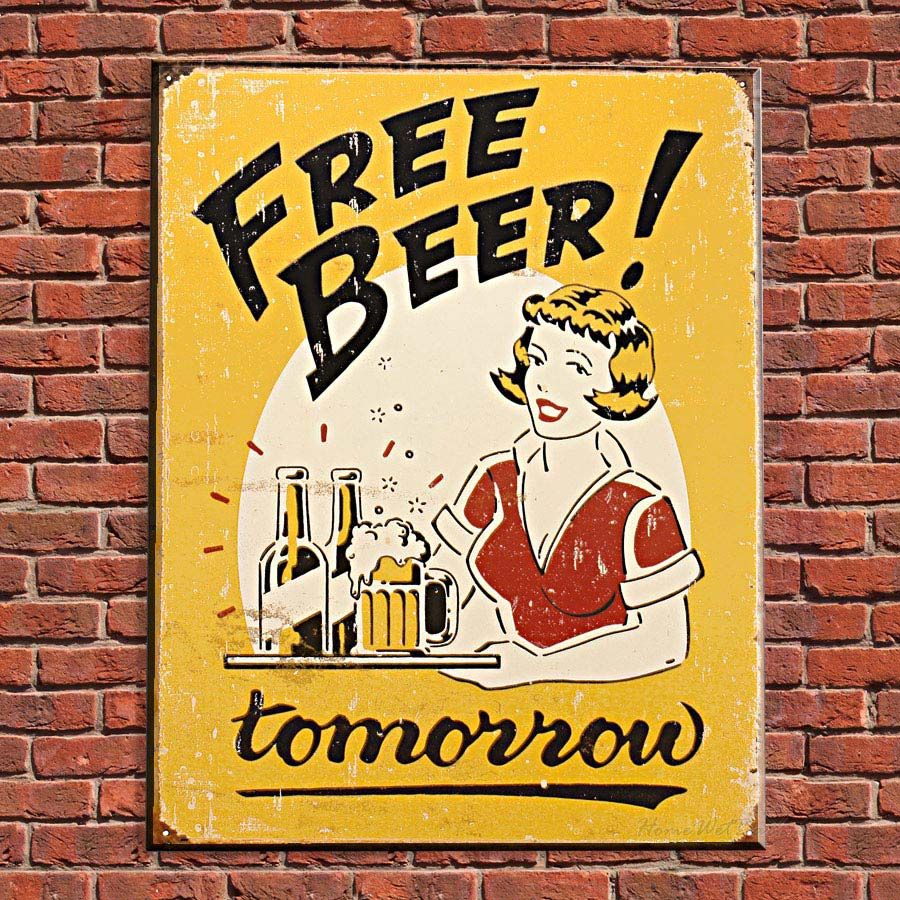 Several times over the last six months, I’ve sung the praises of a band called The Idles, though it was only on Friday night I got to see them live for the first time ever, and they are every bit as dynamic and mind blowing as I assumed.

Because I rarely take photos at shows any longer, these days I find that as far as documenting the action goes, attending whatever shows Bernie McGinn does is not just as good, but much, much better; 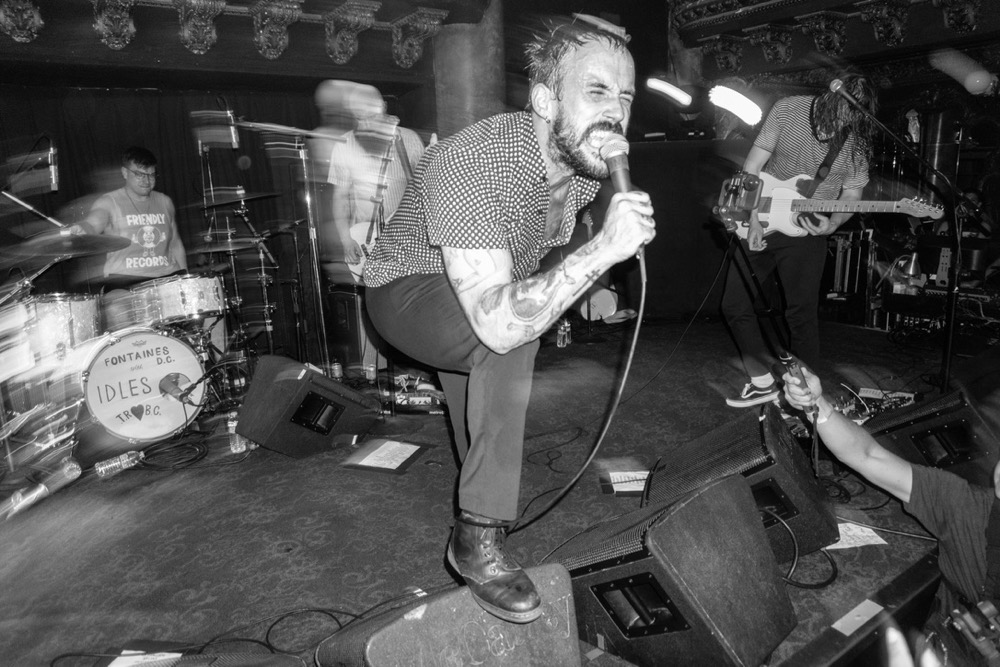 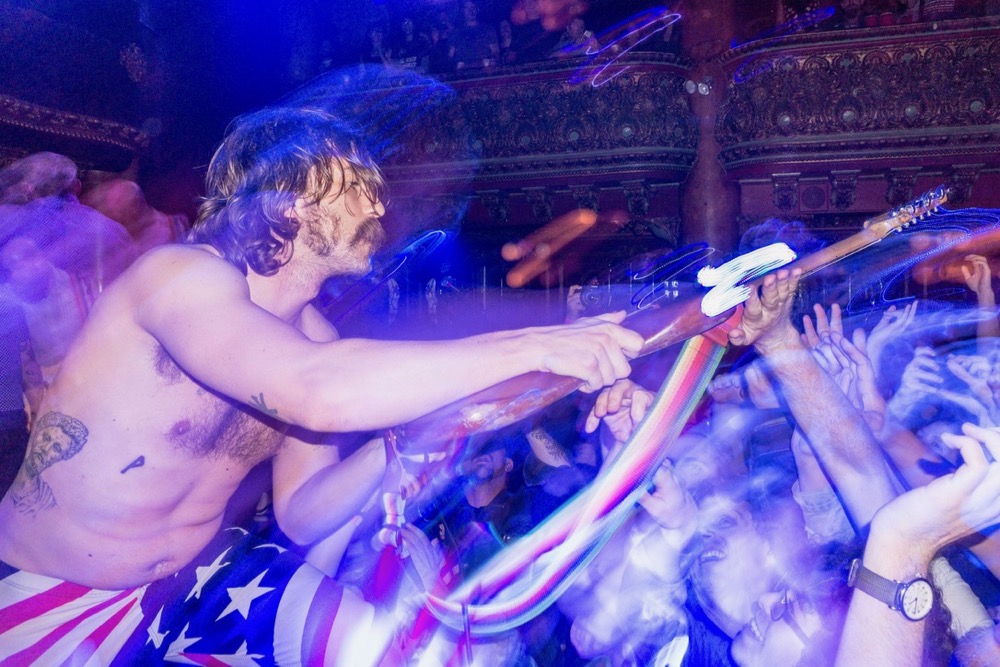 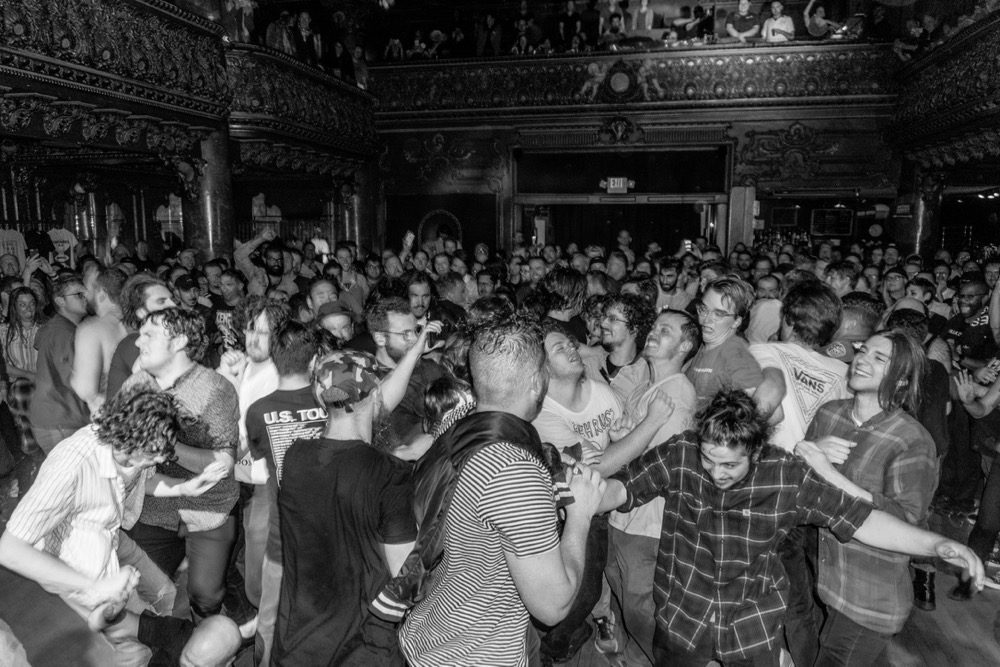 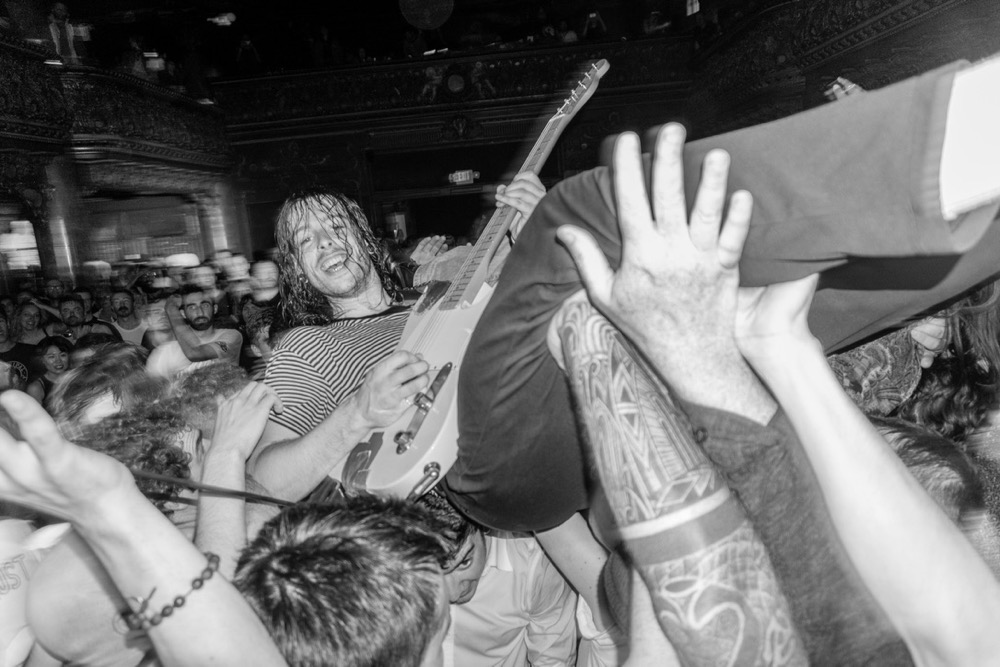 They’re just about to leave the US shores, but are playing in Seattle tonight.

I encourage any and all who might be encourage able to attend. You shan’t be disappointed;
https://www.youtube.com/watch?v=2XwS3fIrPYc
I’ll close this portion of today’s post by mentioning that over years and years, I’ve seen dozens upon dozens of bands at this particular venue, and this was the first time I ever thought the floor was going to collapse.

In news not relating to explosive overtures, but not necessarily not relating to them either, I got a heads up from Travis of the Paul Comp camp about some sweet new brownness;

Brown is a notoriously difficult color to anodize, and the risk of botching it and scrapping a run of parts we spent so much time machining is very scary. Most component manufacturers (including us) steer waaay clear of such a difficult color, so when our friends at Simworks asked us to make a special edition engraved and brown-anodized run of parts, we were hesitant. You never know what shade of brown you’ll get back from ano. It could be a super light and shiny whisky brown, or a sandy reddish clay brown or dark dirt flat brown. Not only can it vary from batch to batch, and from part to part, but even within the same part. We warned Simworks about the “get-what-you-get” nature of brown, and they still wanted it, and we love them, so we decided to give it a shot; 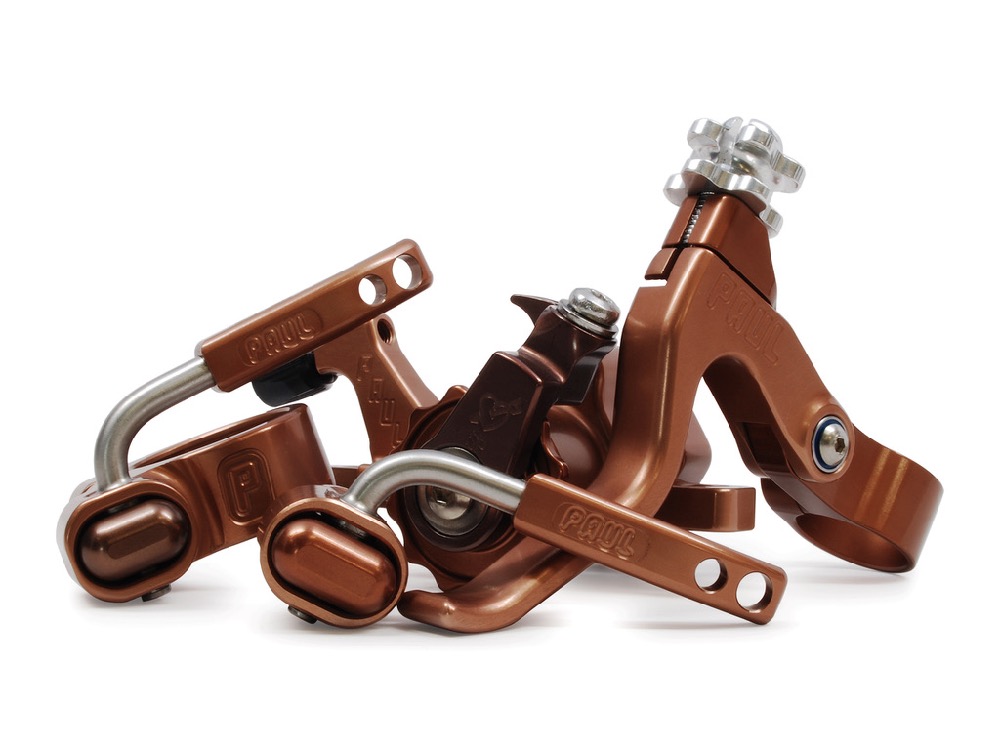 When the parts came back from anodizing, some of the parts matched pretty good, but as we feared, some of the parts didn’t match each other. We built a couple up, and ….wait a minute…. this looks super unique and RAD! It looked like when you open a box of assorted chocolates on valentine’s day, and with the Simworks “heart-with-an-arrow-through-it” logo, this couldn’t have turned out cooler looking! Simworks asked us if we could make them a video of Paul with a box of Chocolates saying a line from Forest Gump, and that sounded fun, so we got silly and made that too;

In the end a super unique limited run of parts are now available (from Simworks ONLY, not us!), and we got to make Paul run down the road with a fake beard and wig on, so we’re gonna call this a win!

In general don’t much go for anodized parts of any color short of black, but having the soft spot for brown and light blue that I do, I’d make an exception; 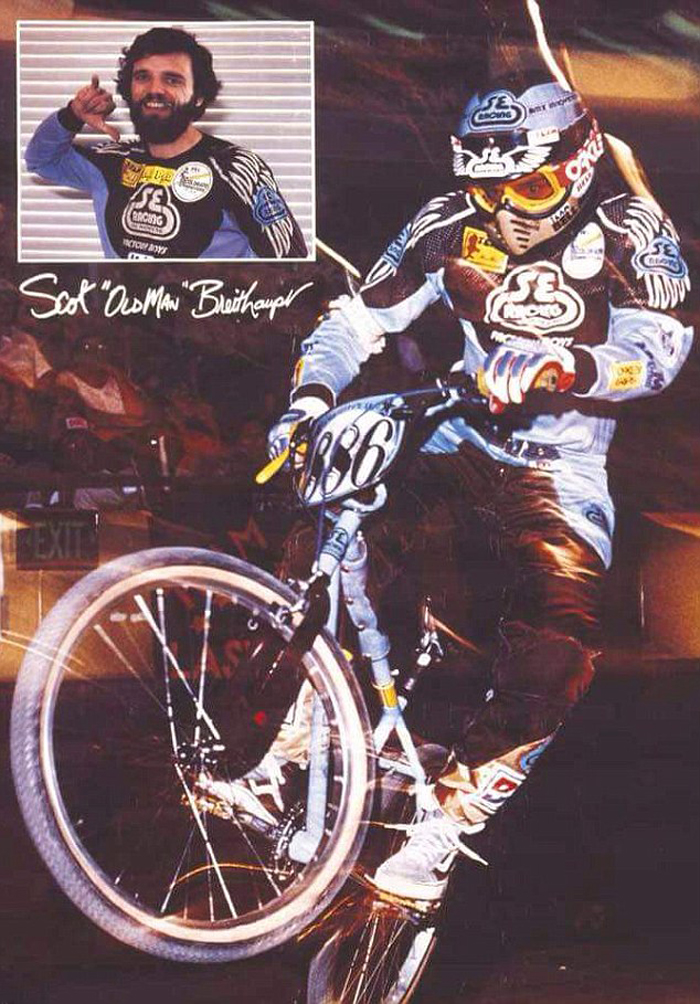 And speaking of the OM, (rest in peace), I feel as though I should present my favorite photo of him, of all time, straight out of the January ’83 issue of BMX Action; Little did Breithaupt know that his antics would eventually serve as an informal blueprint (no play on words intended) of how I’d live my life.

After all, that was yesterday, and today was a whole lot of tomorrows away.