Do I contribute to the conversation, or add whimsy to the gathering? No, not so much, but when the going gets tough, I can certainly put a lampshade on my head.

So did yinzers check out any of this weekend’s Dirty Kanza gravel party thing?

Some of my Shimano compatriots were out there doing both the 200 and the XL, and as far as I’ve heard, they all crushed it. It is towards them that I stand in quiet awe.

And speaking of crushing it, Colin Strickland broke the course record with a sub-ten hour time.

Now, I don’t know about you, but if you’re anything like me, the only, and I mean only thing I want to do for ten to fifteen hours at a stretch play in a river, and drink beer, and ride bikes, and take a nap. Where is the endurance event for that? I have a gift, and I need to prove myself to the world.

But what’s this I hear about none of the five top finishing men bothering to attend the podium ceremony? I’ve heard gripes about pros making an appearance at grasstroots events for years. Why, at the SSWC in 1999, I was bent out of shape about Travis Brown coming to race. In local Grasshopper races, I’be heard disgruntled murmurings about Geoff Kabush, or Levi showing up. I suppose the rub is this- Pros have races year round at which they can race against other pros. When you show up to a race that is primarily populated by amateurs, at best, all of said amateurs are then just racing for second place. I get that it’s a free world, and they can attend whichever races they like, but from my perspective, it’s always been a bit like shooting fish in a barrel.

If you’re going to go and whoop up on a bunch of commoners, the least you can do is be present on the podium. (*Note* All five of the top women’s finishers attended their awards ceremony.)

Then again, my racing days are pretty well behind me, so my perspective is worth about as much as any other jackass with an internet connection and a computer.

One thing is for certain however- Ben Doom has the best name of everyone;

In news of ear feasts, it was on the tail of just having seen The Idles last weekend when Nick reached out and asked if I’d heard of a band called John.

At the time I received the message I had not, but holy crap, by now, have I ever;

In an awkward attempt at making a transition from that topic to the next, if ever there was a bike equivalent to John, I’d likely say that it was that Blue Collar thing that Robert built for me a couple years ago; This past weekend, while friends from near and far were out being heroic in various feats of endurance, I headed off into the hills for a much needed reprieve from reality.

I had no idea where I was going, or how long it might take me to return, and this was one of those rare instances that all of the normal things that hurt, did not. I felt like I was floating, and could have turned the pedals over until they fell off.

It was a brilliant day spent with nothing but the wind in my ears, and the demons behind me, all too slow to catch up.

Once I returned home, I opted to give her some new shoes; 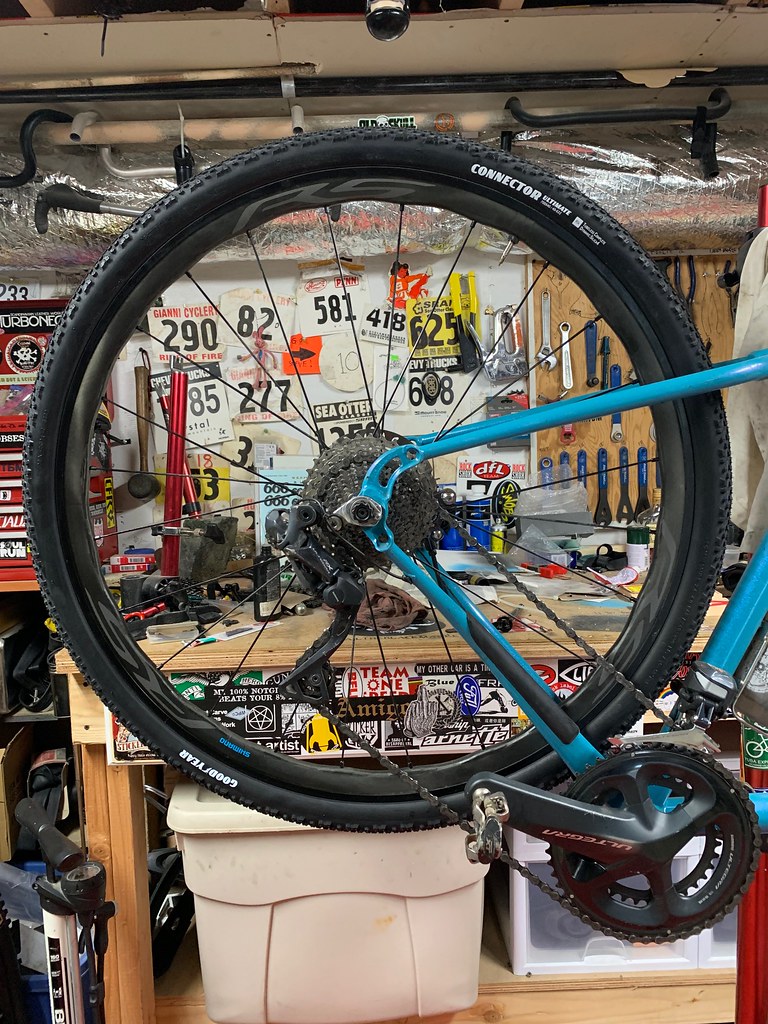 This was a set of Good Year Connectors that Ferrentino gave me last year after visiting with him at their Sea Otter booth.

I’d had them sitting around since on account of because I wasn’t sure the rear stays of my bike could accommodate much more than a 38. I was overjoyed when I slipped the hub into the dropout, and saw that they fit just fine; 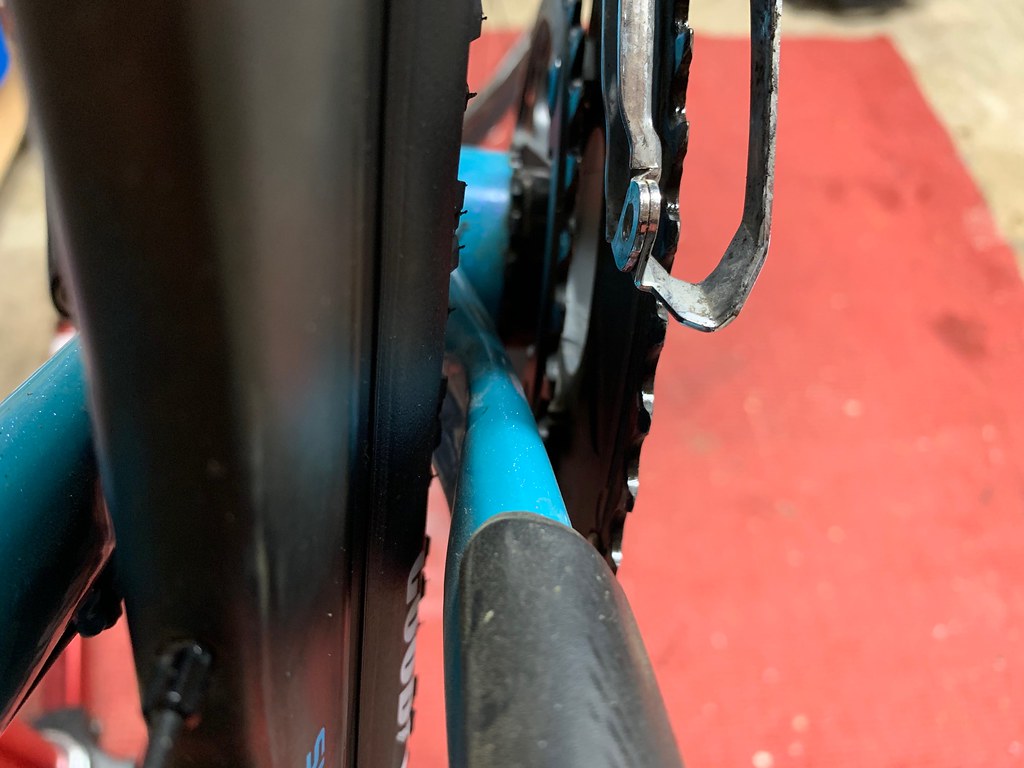 Real peanut buttery days are probably gonna be a drag, but then again, I have other bikes for such things. -Which by the way I got hit on on Friday.

So here’s the scenario- I’m hauling ass down a two lane (two in both directions) thoroughfare. There’s a garbage truck parked in the right lane, so naturally I go around it on the left. Just then, a woman who was parked against the curb in front of it flies into traffic. She sees me, and instead of stopping, guns it, and forces me into the inside of the left hand turn lane. I yell, she stops, and I go around her, back into through traffic. Then, two blocks later I get to an intersection. I stop at the light, and the truck in the right lane suddenly hooks a right into me and nails my rear wheel.

I tell the guy to pull over, he gives me his information and we go our separate ways. It was only a moment after that I realized the seam of the rim was split.

Fortunately I know a guy who’s not only a damn fine wheel builder, but the fella who assembled this supremely custom set for me to begin with; I’d mentioned on the IG that it had been 25 years since I’d been hit, but upon further reflection realized that it’s only been about 15.

I’m psyched that it could have been worse, (and almost was), but in the end, it’s mostly just a pain in the ass. The best case scenario would be for it not to have happened at all, but being neither a beggar nor a chooser, I’ll take this.

I always reflect on what my old buddy KB or 6’7″ if you remember the Swobo V.2 days) used to say;

So stay vigilant, my friends. Cocktails without any of us would be a party without a lampshade.

3 Responses to “I’m just here for the cocktails.”