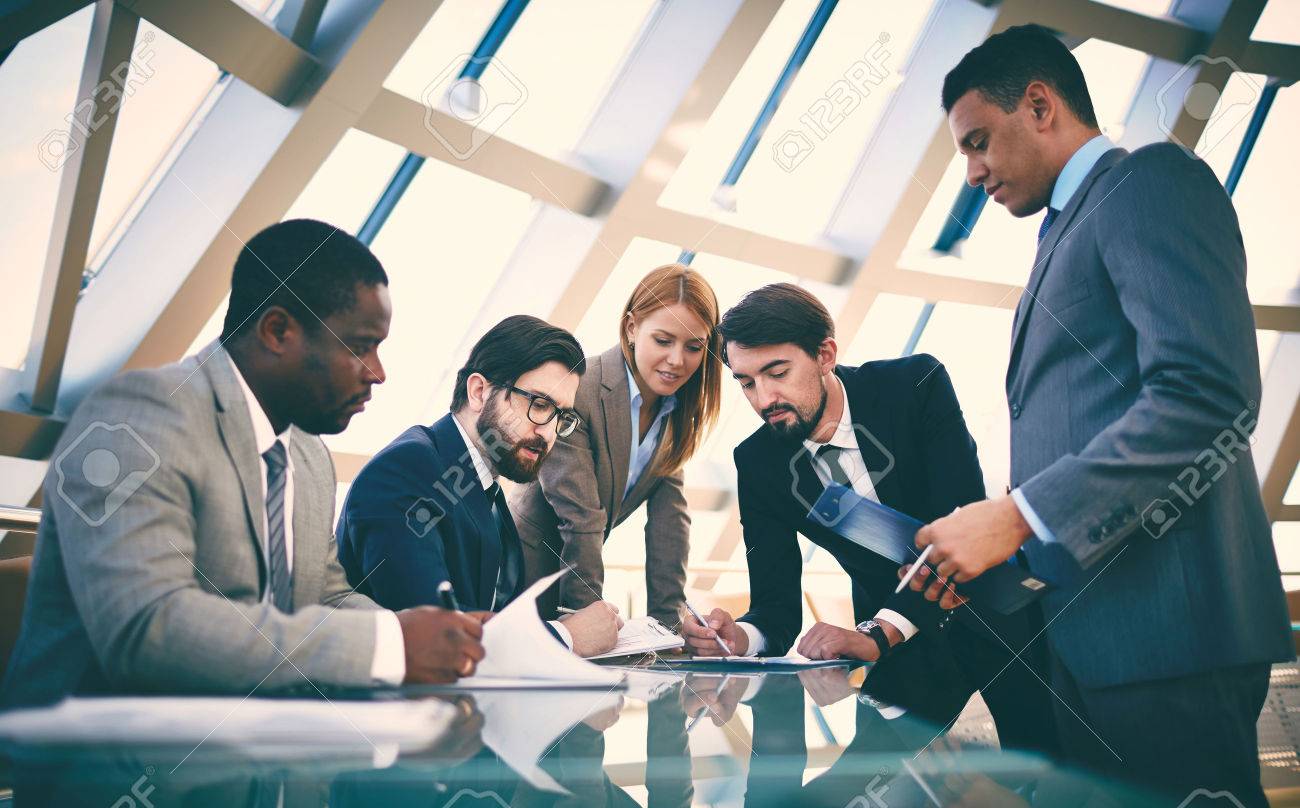 The business people are in their business wear, doing business-ie things, and life feels right.

By business people I mean me, and by business wear I mean the same shirt and shorts I’ve worn for three months, and by business-ie things, I mean that this site has had the demons exercised, and with many thanks to my rocket scientist pal Capsule9 Chris, I can get back to publishing posts, and selling doodads, and keeping my head just above the waterline, which is where it feels most at home.

Though before we get into anything, I’ve fielded a few messages/emails/smoke signals from folks wondering about where I got the hat featured in the last post; I got this from my old buddy Matt’s store called Mid Coast Modern, and more specifically, here.

Secondly, for those who’ve paid special attention to noise bands from the KC area through the early to mid-90s, Matt played drums in both Germ Box, as well as Quitters Club, so there’s your dose of daily rock and roll trivia. Now all that’s left to do is get to the store and grab one for yourself.

So anyway, getting down to said business, might yinzers recall last week when I’d just skedaddled from the urban environs of Kansas City, and the drunken embrace of Thad Taddihogg? Because I sure don’t. As the temps in the midlands began to rise, I continued to head west, feeling pangs of gratitude that I didn’t follow through with my initial plan to head into the South and into the Carolinas, now that they are getting beat up by Hurricane Dorian. Living in a truck during torrential Arkansas summer storms is one thing, but doing so while the East coast gets battered, and submerged is an adventure that quite frankly, I’m not at all wired for.

That said, as I sit before you today, both hunting and pecking, I’m back on the Front Range, and circling back around with a few of my family I missed on my last go around.

I also have been thinking about that spontaneously compiled list of road trip tips and hints I compiled in this post that I thought I might like to make a couple of additions to. I mentioned carrying a gallon of water to freeze to keep in your cooler, as opposed to buying ice every couple of days, but a small detail I overlooked was making sure you get the kind of gallon jug with a threaded top; 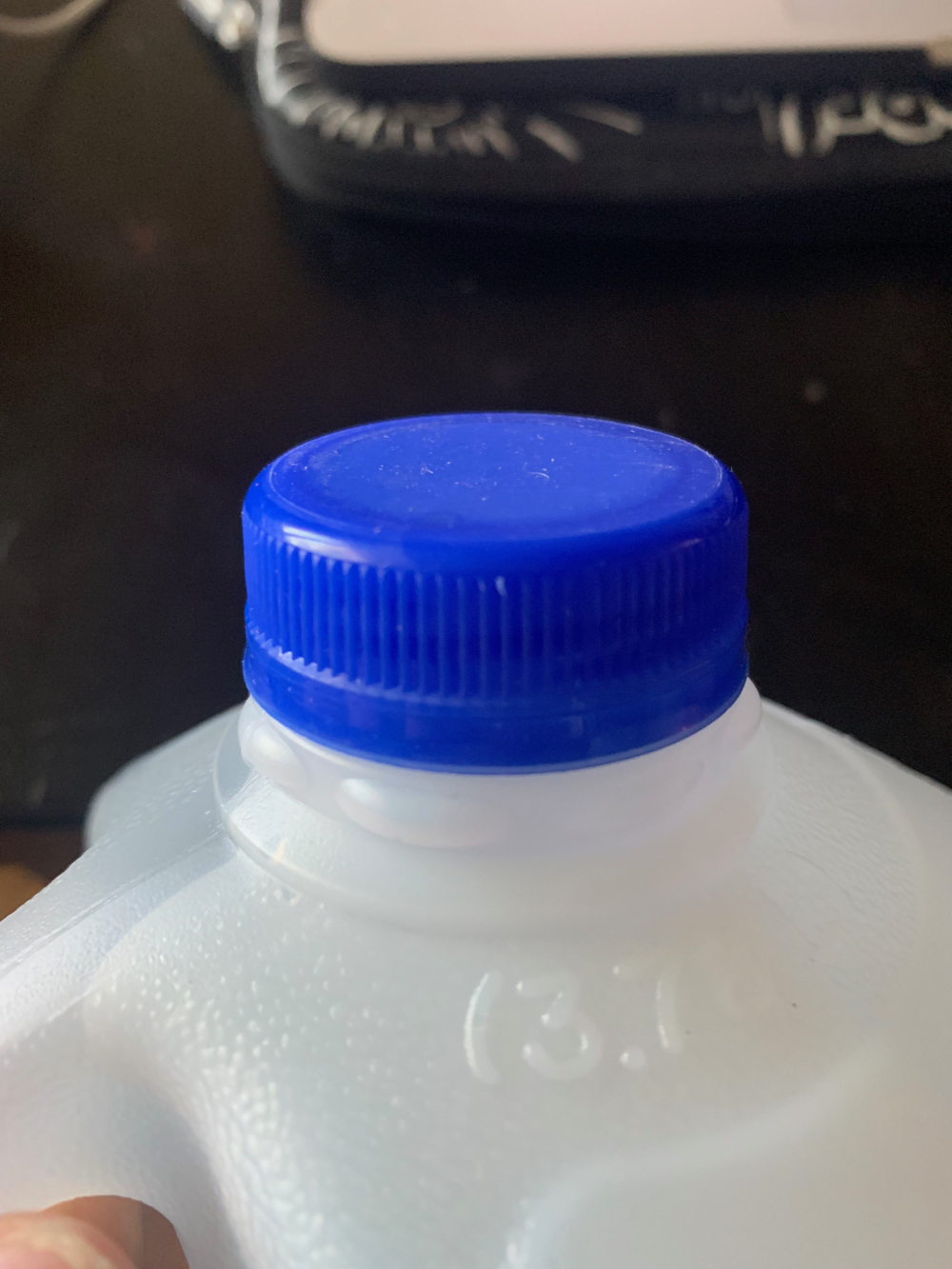 This just adds a bit of security for when it begins to thaw, it stays safely in the jug, and you don’t wind up with a bunch of wasted water in your cooler that you’ll have to drain. Secondly, and though it probably doesn’t need to be mentioned, but don’t fill the jug all the way to the top when you put it in the freezer, as the ice expands and will split a seam, and then you’ll be sad and jugless.

Currently, because I overlooked my own advice, though I’m not necessarily sad, I’m definitely jugless.

Another simple yet valuable item I’ve come to rely on for all manner of applications is a 40 foot length of thin gauge cotton rope, which you can use as a tarp support, clothes line, tie-down, to hang food from a tree to keep away from critters, or if things get particularly bad during your day to day, a noose. Though I haven’t considered the latter until just now, I take some comfort in having the option handy.

Having presented all of that, please allow me to offer a few of the sights and sounds I’ve recorded over my few days in my long time ago stomping grounds of the Mile High City; 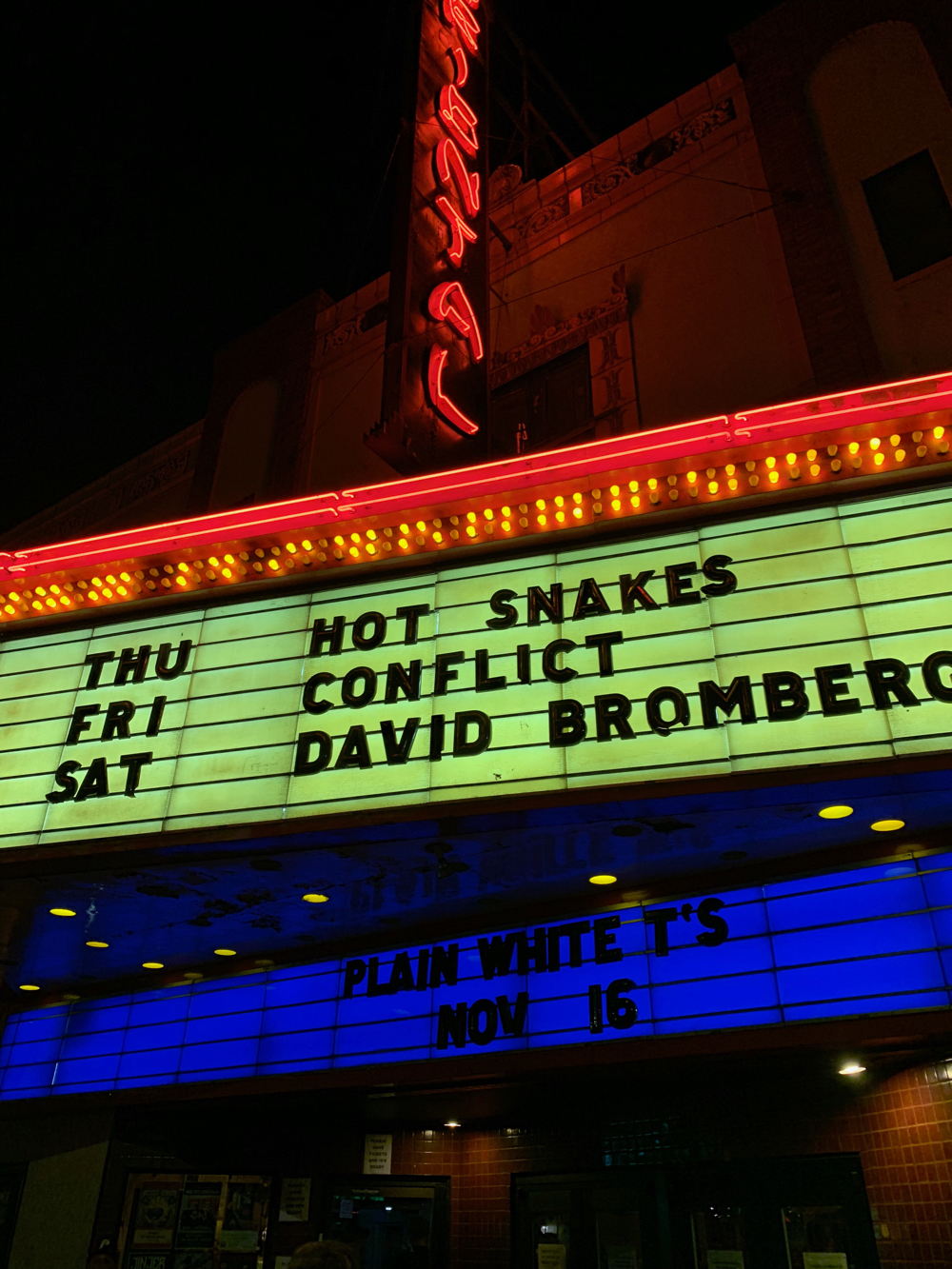 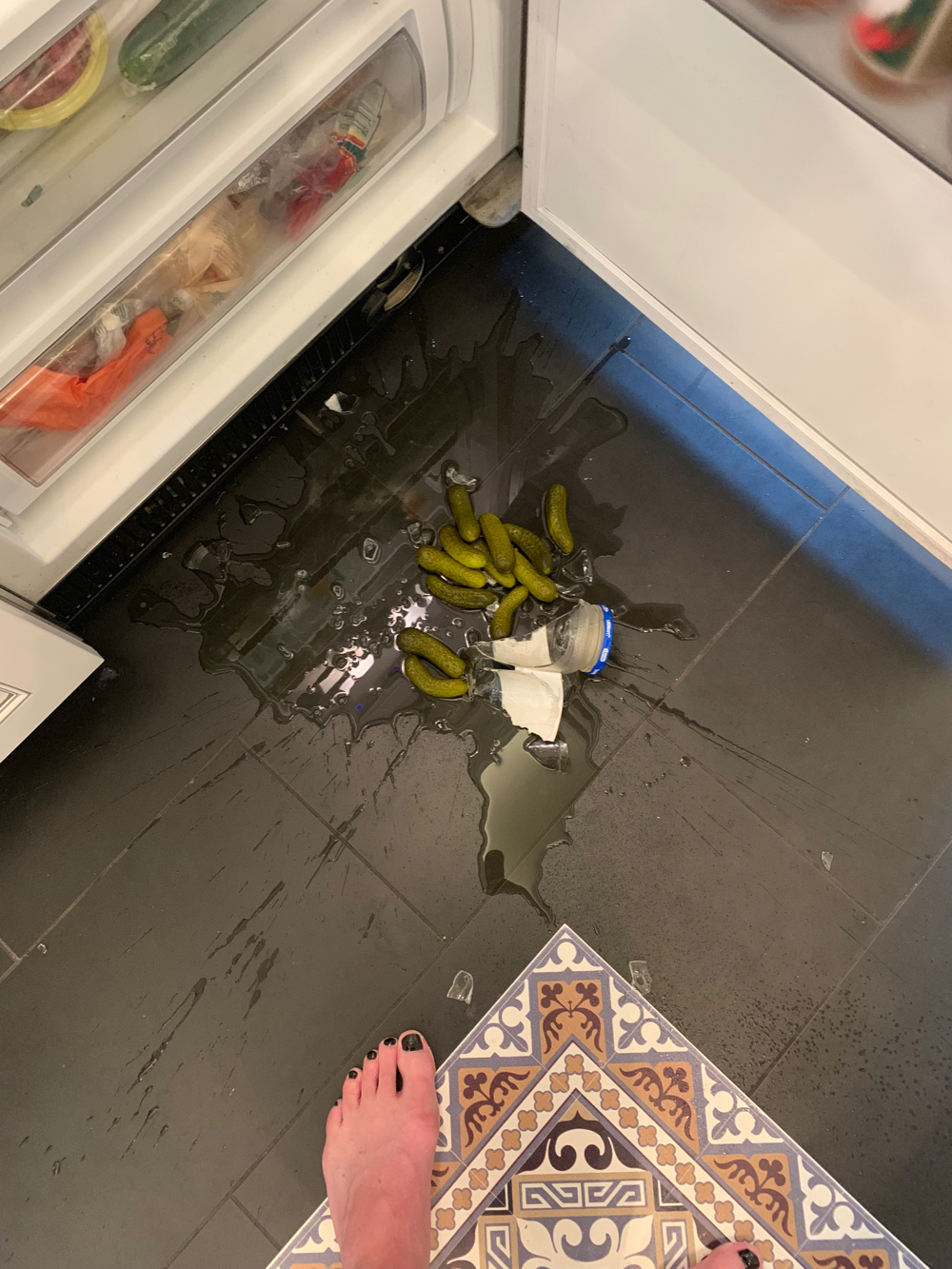 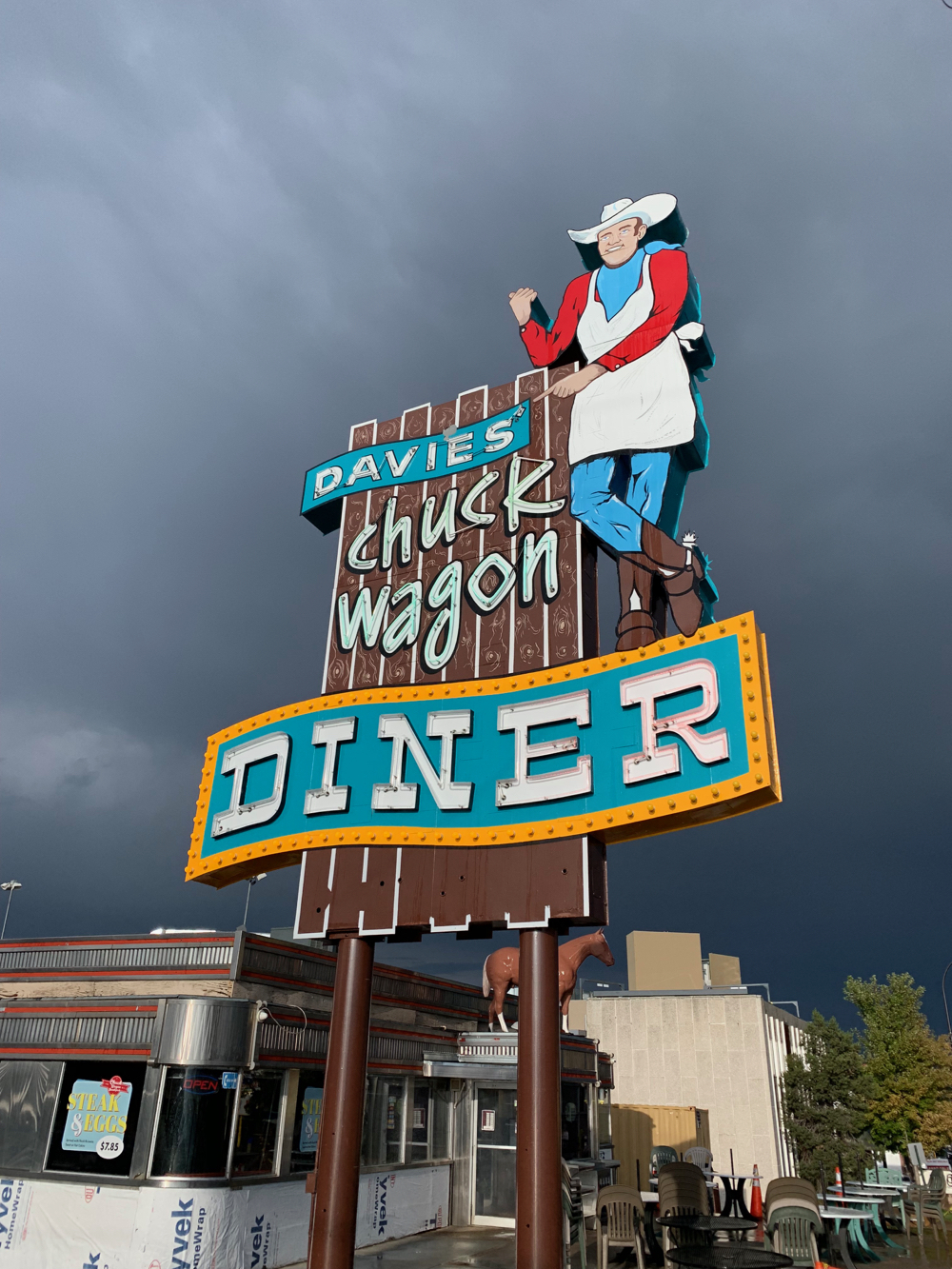 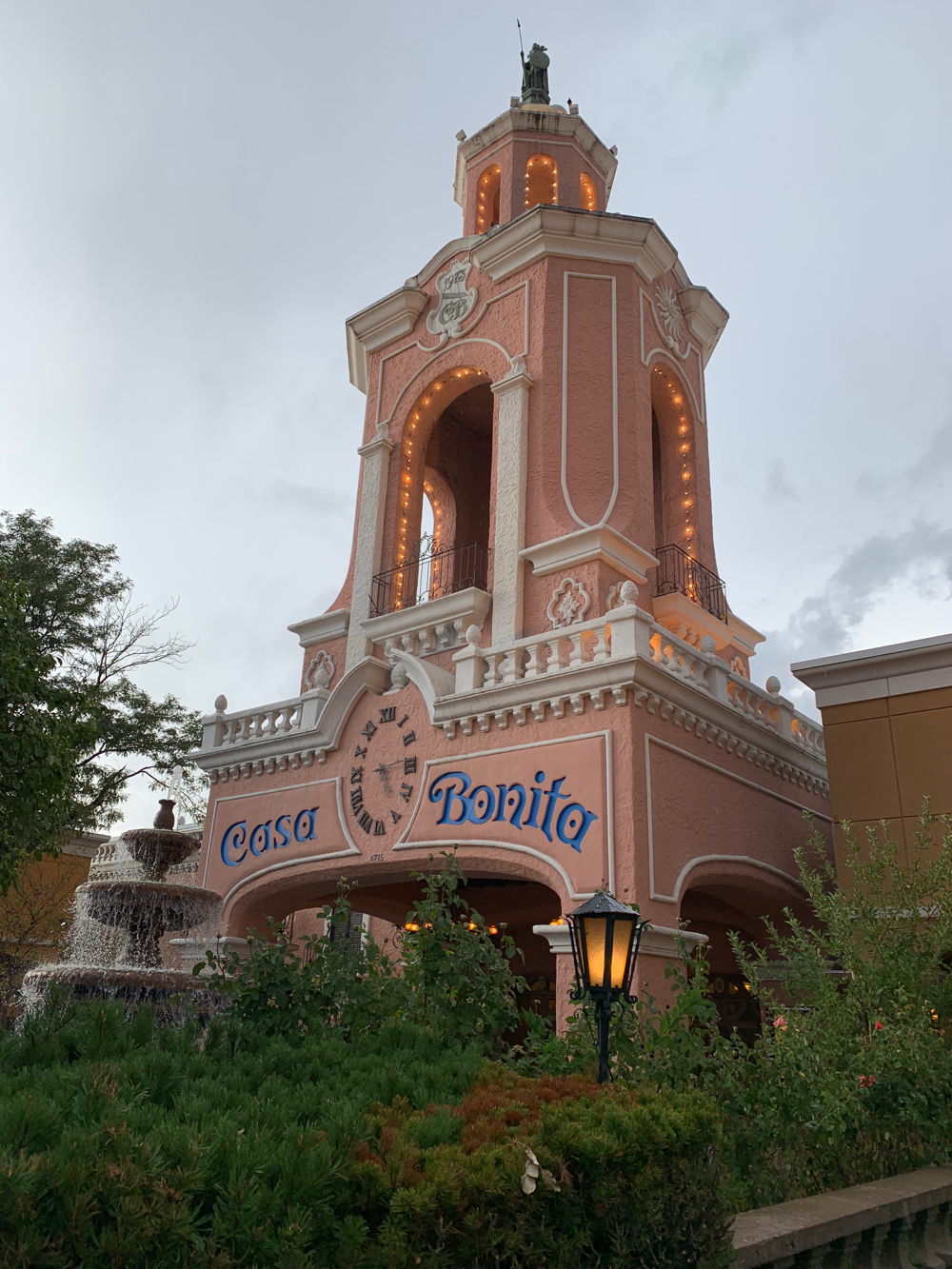 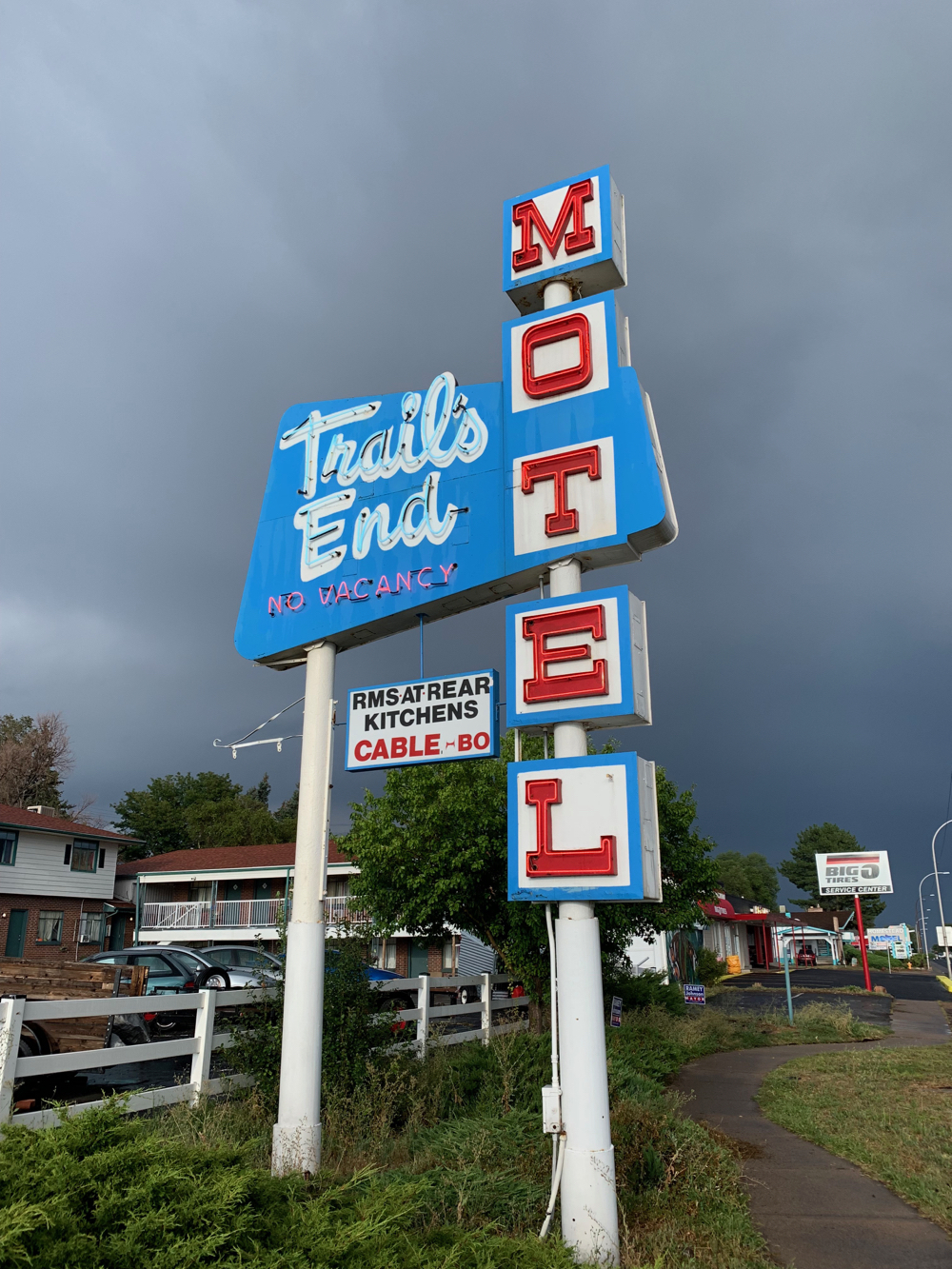 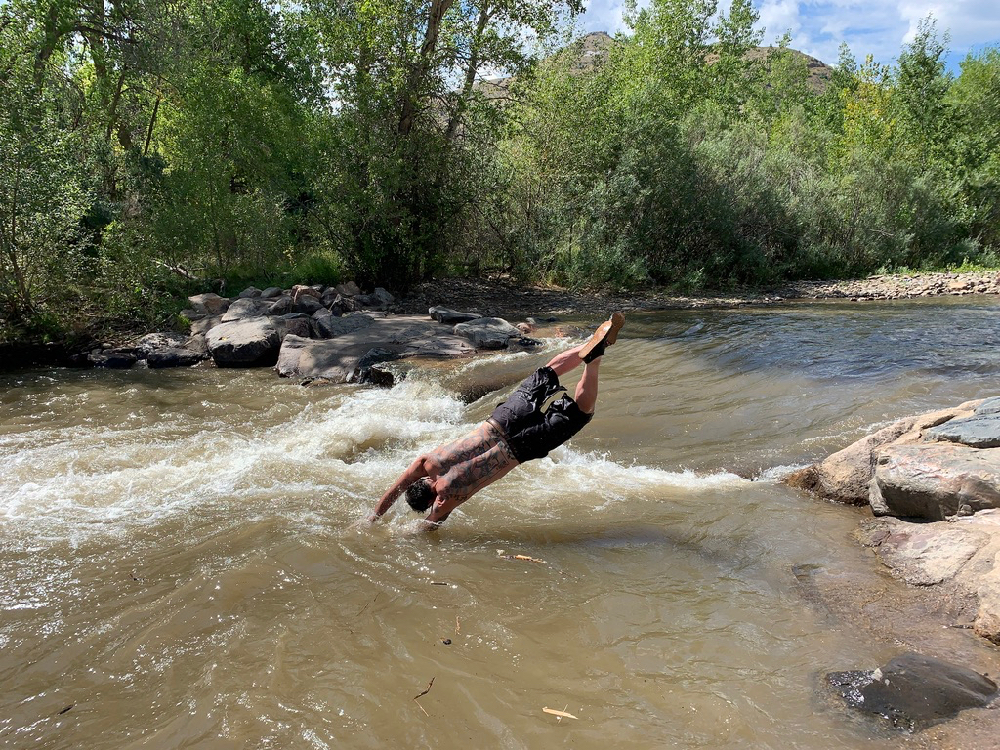 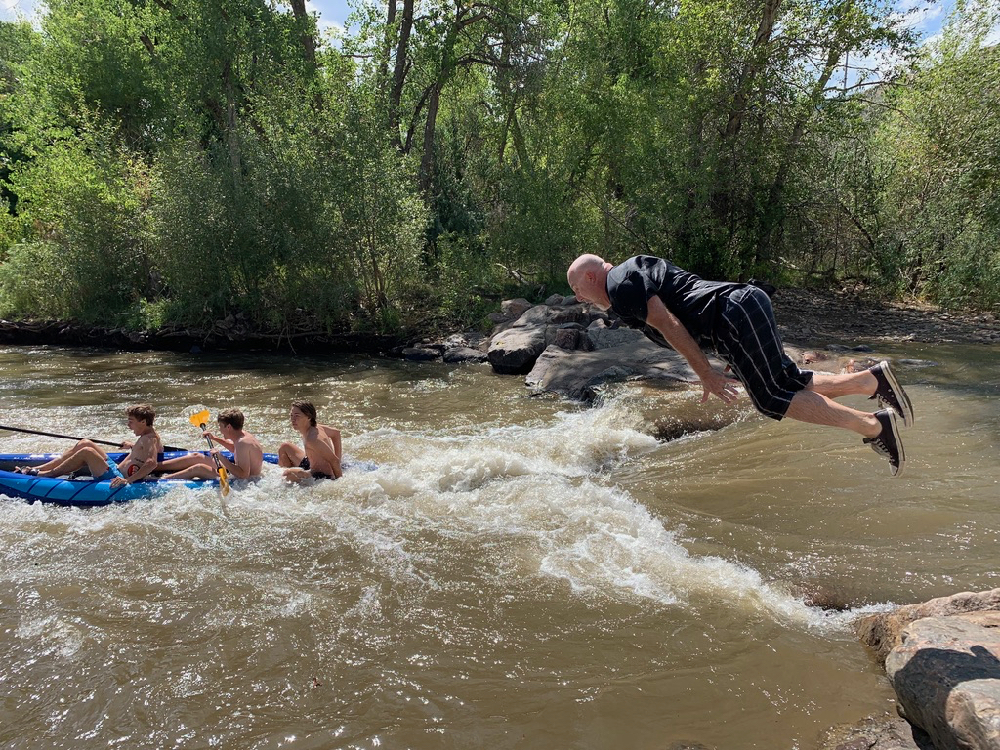 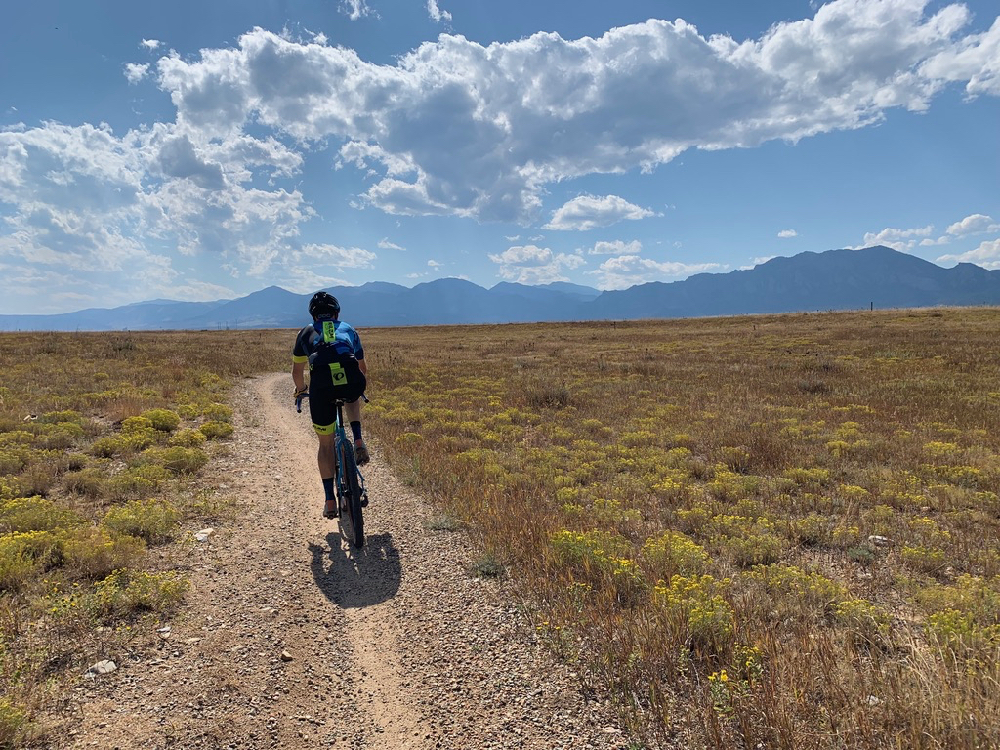 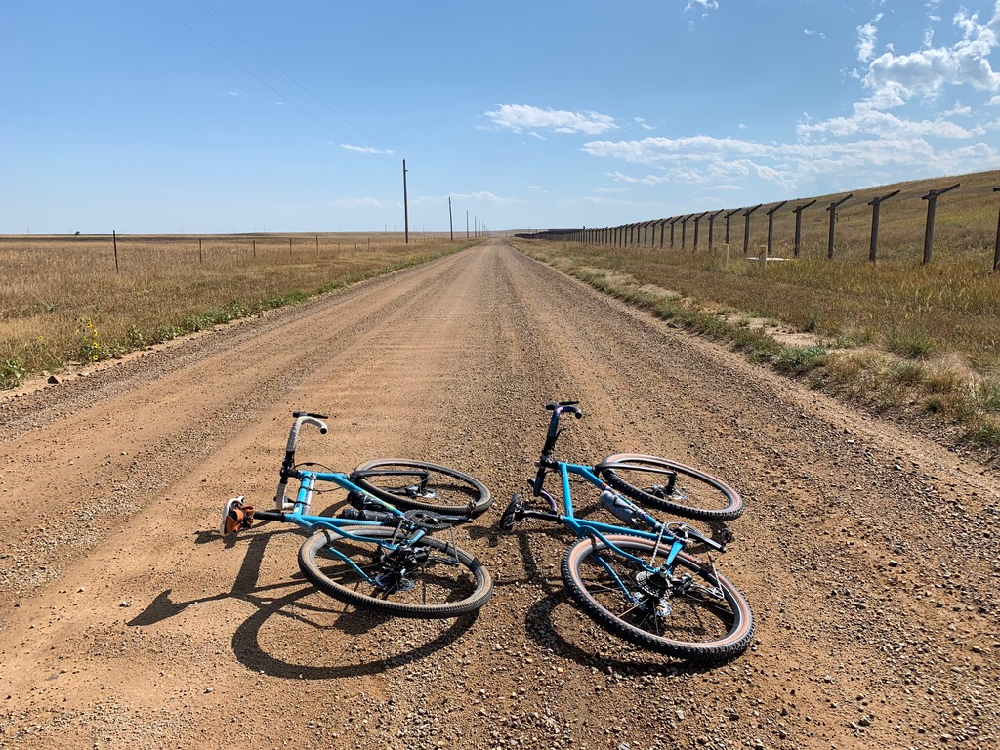 I have a span more time left in the Colorados, and then I will be making my way to the New Mexicos, the Arizonas, and ultimately back to the Californias, where I have nothing on the books except for this; 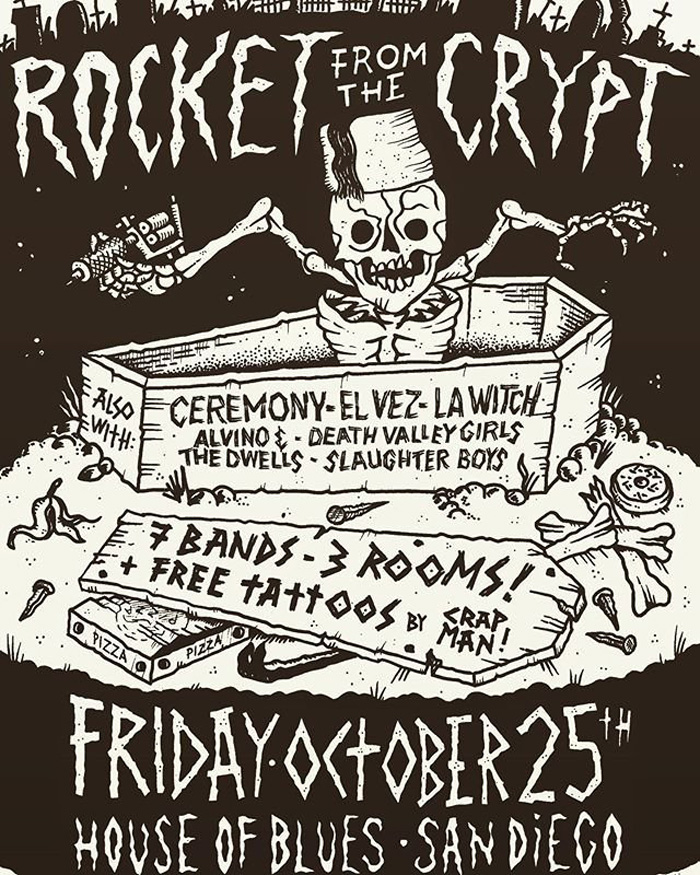 Today and going forward I’ll be putting on my tie and getting down to the business of having absolutely no business.

4 Responses to “Back to business as usual.”