Having gum in one’s hair seems like a pretty concise analogy for nearly every waking hour in this, The Lord’s year of 2020.

Last Monday I felt pretty good, but I’d be lying if I said by the time the week concluded, I was pretty well emotionally exhausted. A few people reached out and said Mercury was in retrograde again, (or some such celestial event what makes people feel like hot garbage) so maybe that’s what was going on. I don’t know, but I sure as hell couldn’t shake it.

One little bright spot was picking up the second order of shirts I’ve made, (but never had in hand long enough to push on this site), 100% of the proceeds from which I’ve donated to a local org called Black Futures Lab. These good people are instrumental in building Black political power with community engagement, education, and influence. It seemed to me that it would be more impactful to donate to a local organization who worked on both local and national levels, as opposed to just sending money to say, the Southern California BLM headquarters, or some such.

Anyway, the idea came about a month ago, and so I tapped Snakehawk to bang out a graphic for me, what spoke to my personal mode of operation; 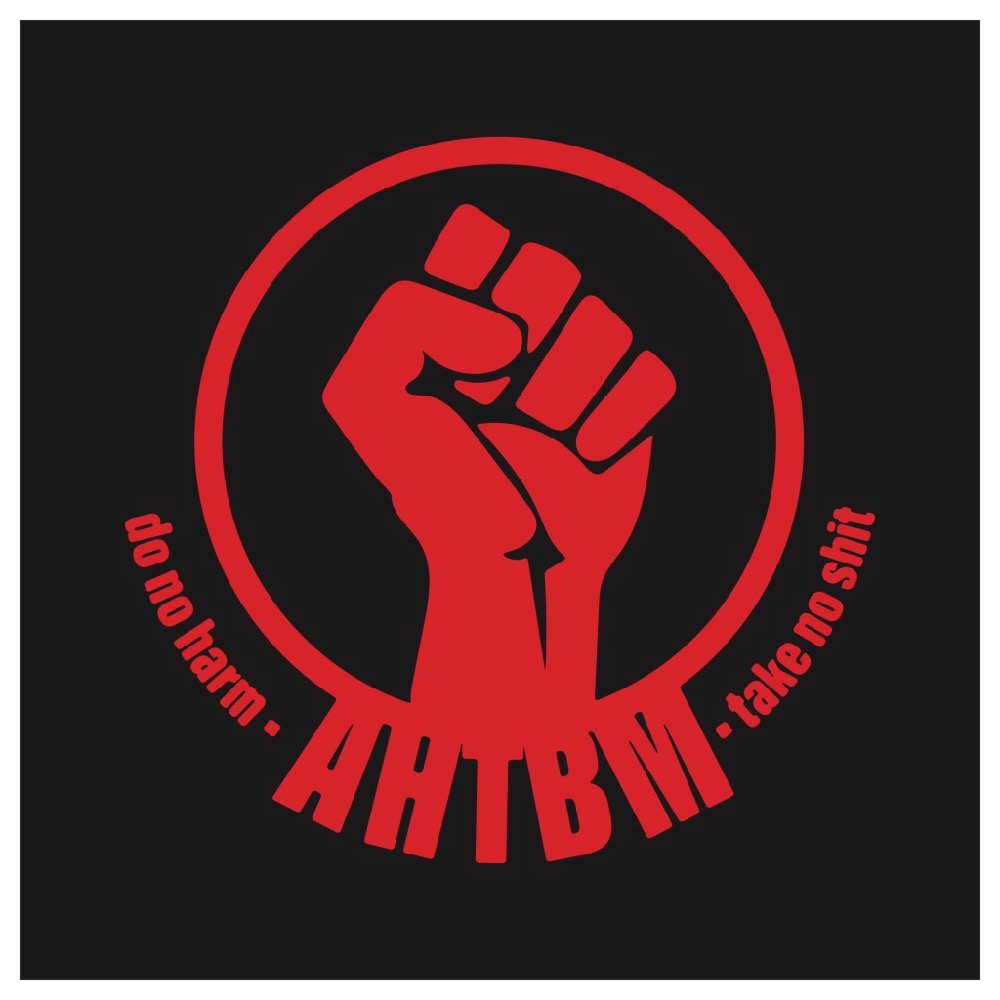 At this stage, once again, it seems as though I sold through the second run before I had the chance to post about them here, but on the chance I have any left in stock, they can be found in the store; 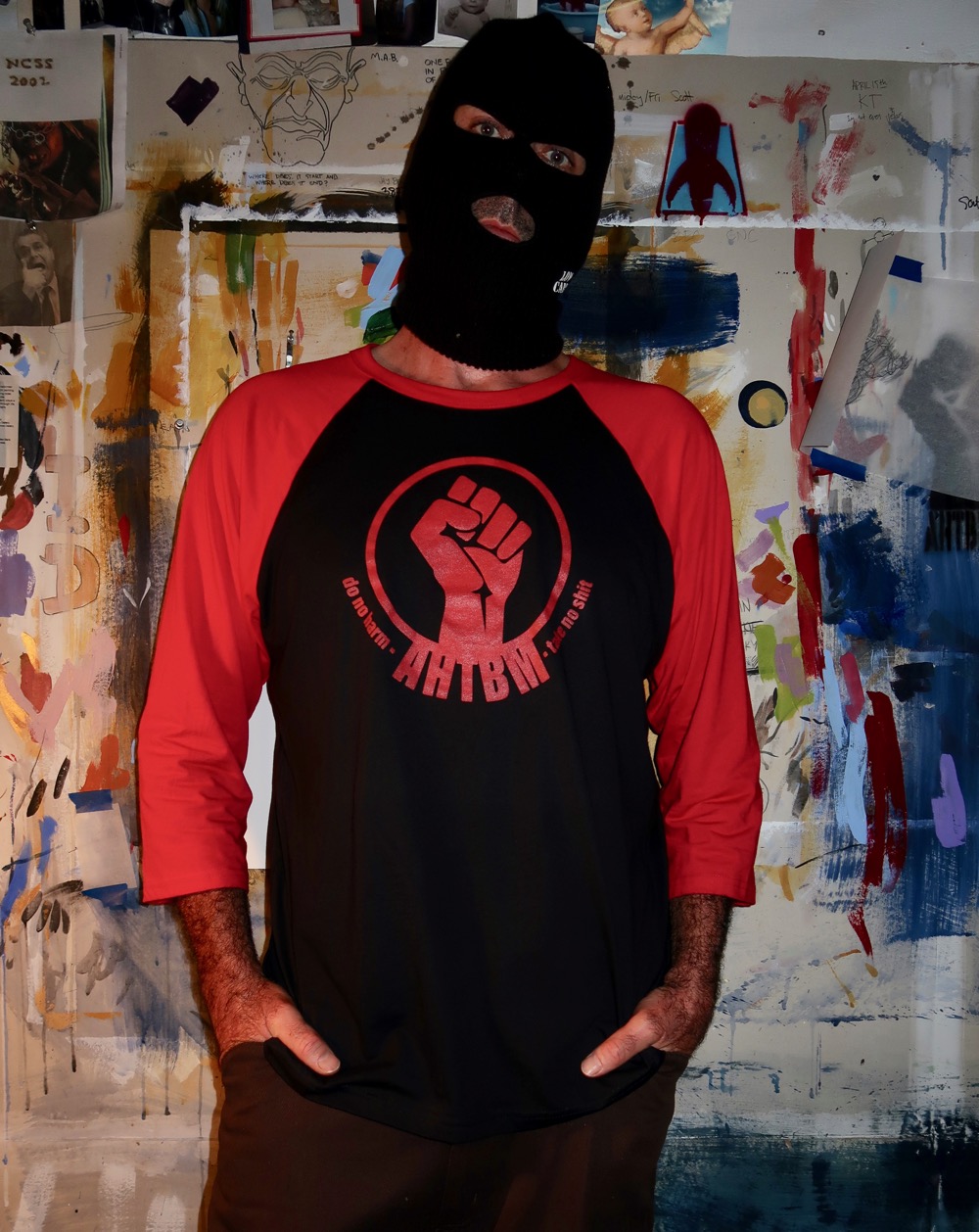 If I don’t have your size (as I said, at the time I’m writing this, there aren’t that many left at all), give me a shout, or add a ‘+1’ in the comments or something, and I can gauge how many more I need to get made.

Frankly, I’m a little overwhelmed by the response. I figured I’d be able to sell out at least the first run, but here we are, and I’m plotting the third. It’s always tricky, because operating on the shoestring budget that I do, I can’t afford to do big runs of anything if they’re just gonna sit on the shelf, and especially in a situation where I’m only covering production costs, it’s extra tricky. But as I said, if you’d like one, send up a flair, and I’ll try to more adequately estimate how many I should get made in the next run, the proceeds from which this time around will be donated to The National Coalition Of 100 Black Women.

Don’t ever let it be said that a bunch of dirtbag bike punxs can’t create at least a little positive change.

Hello and Congratulations! You have been selected to participate in the first annual Hella Sweet Hot Dog Hill Climb Challenge!

Thank you for your time and consideration and we look forward to seeing you July 2nd!

Now, a number of you all might not recall way back then, but when I lived in Santa Cruz for that short spell, inspired by those that still regularly occur in Minneapolis, I decided to start a Wednesday Night Ride series. Various feats of strength that we would engage in were wheel bowling, BB gun time trials, bottle flicking competitions, curb balancing, skid contests, and so forth; 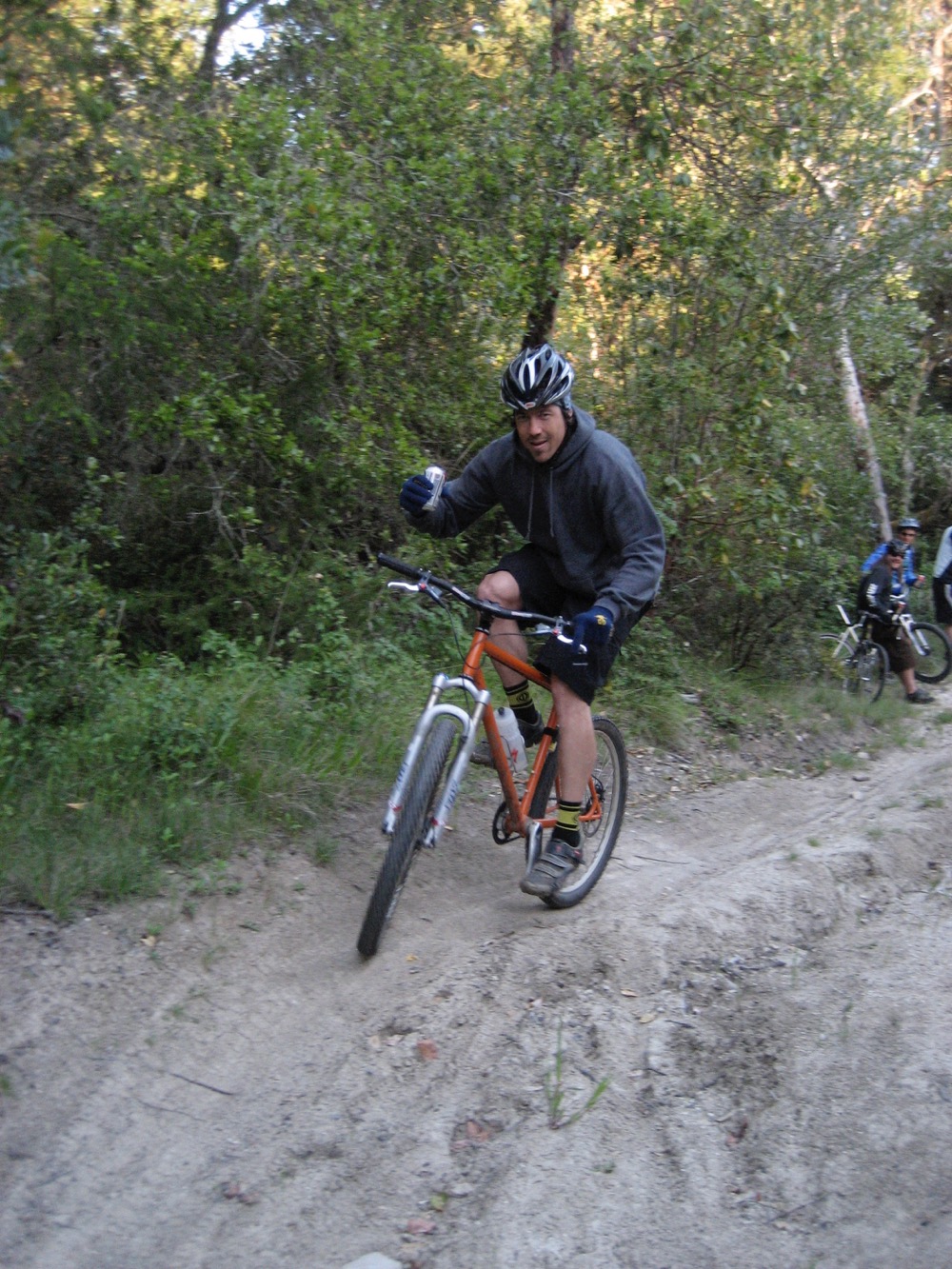 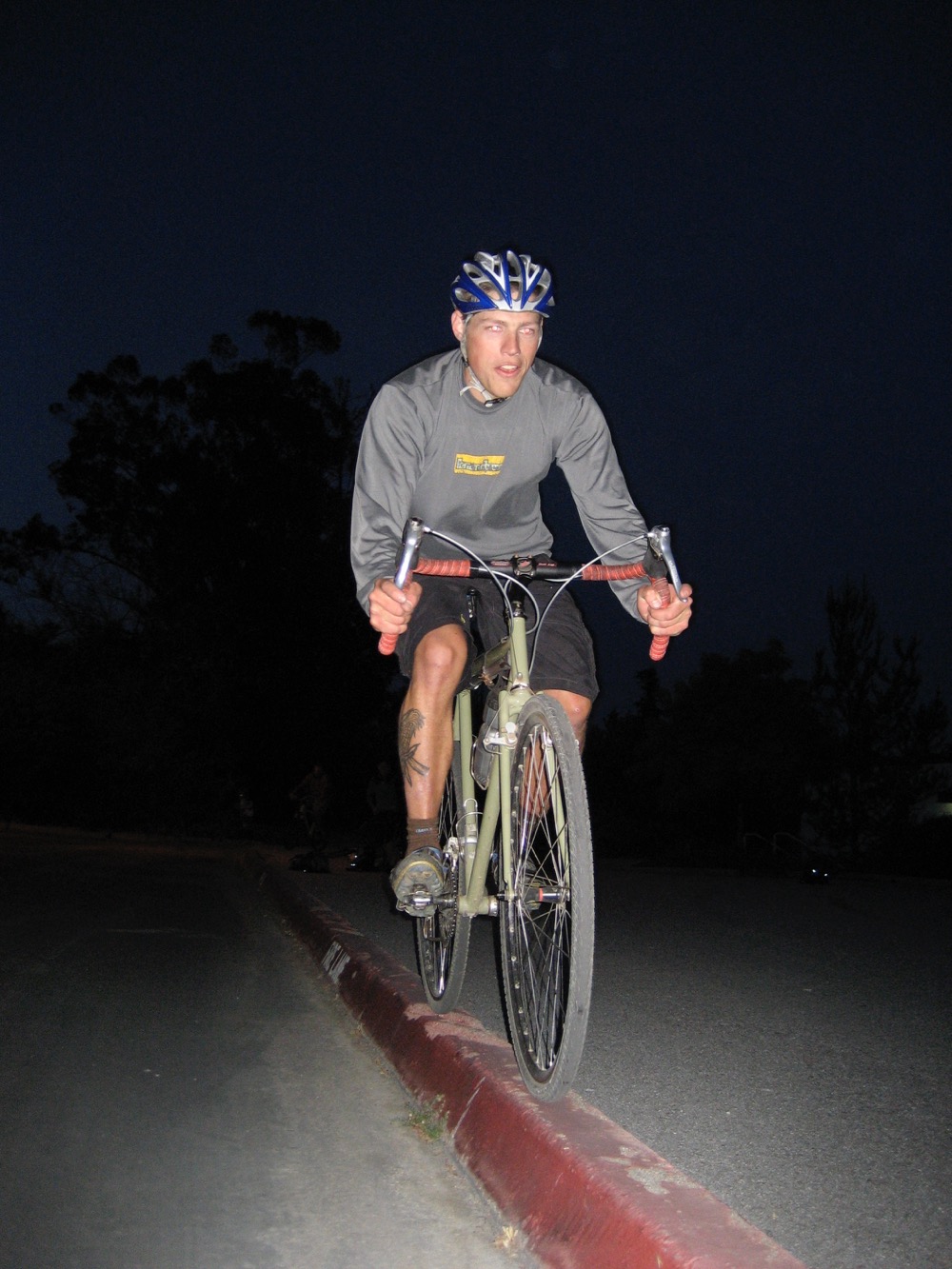 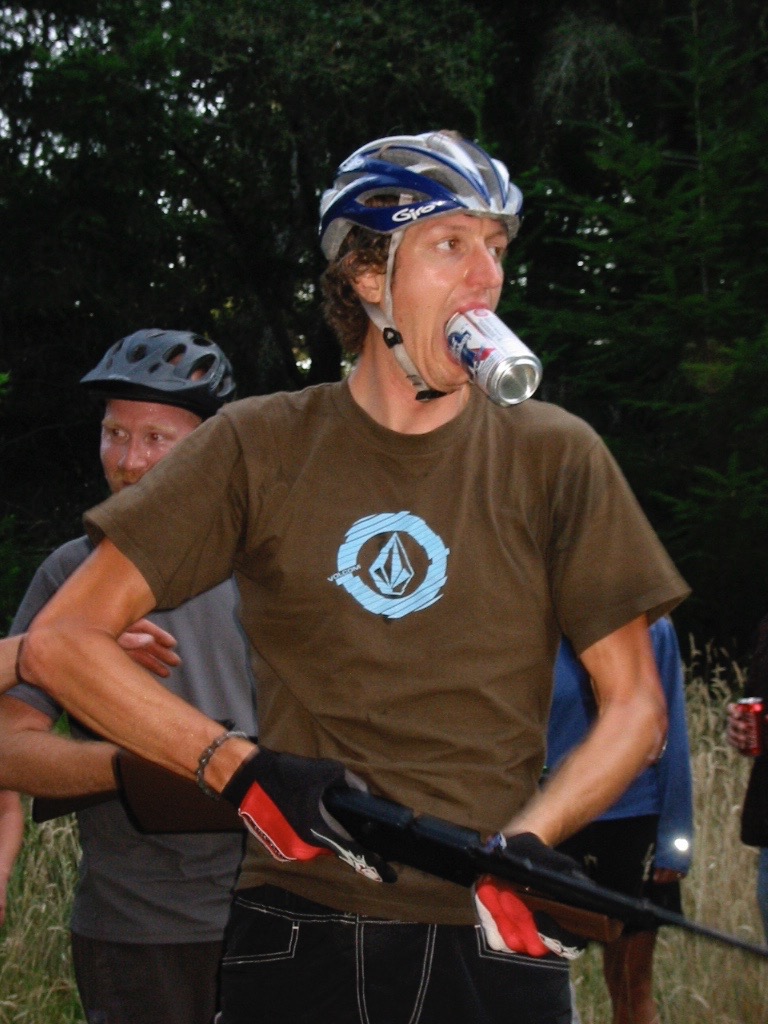 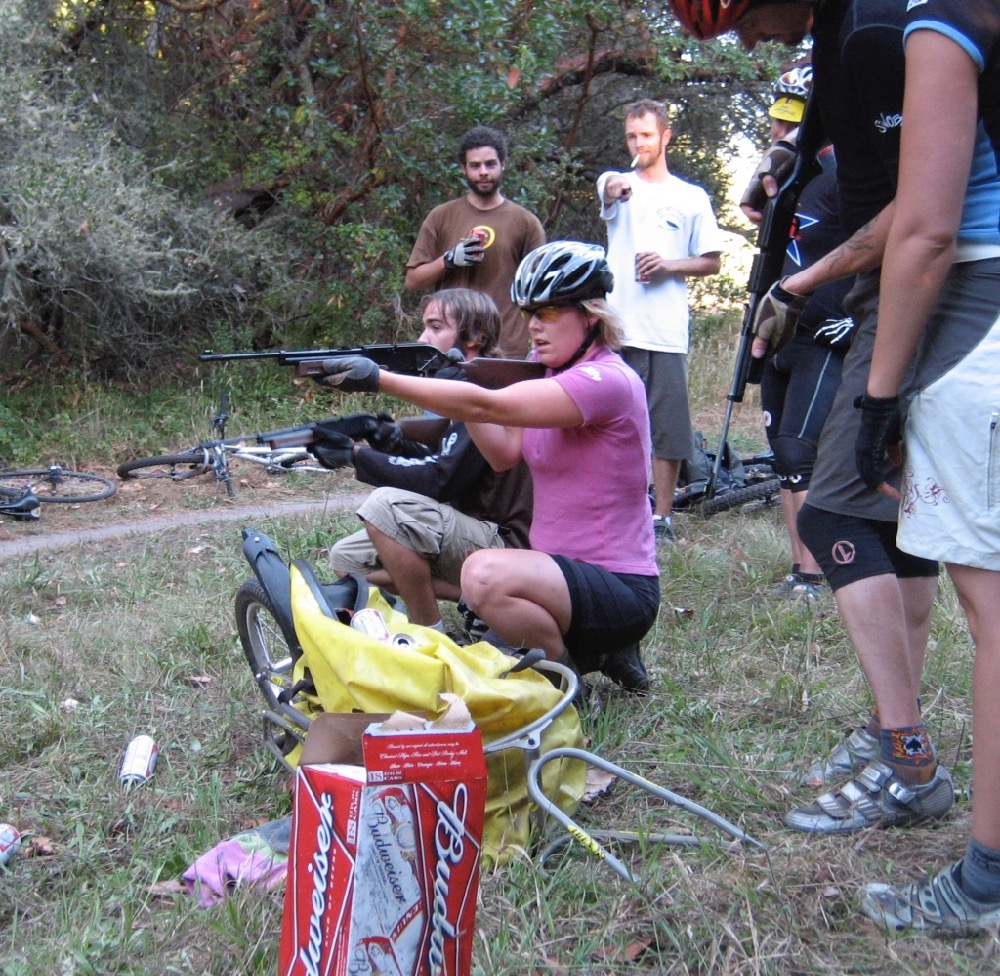 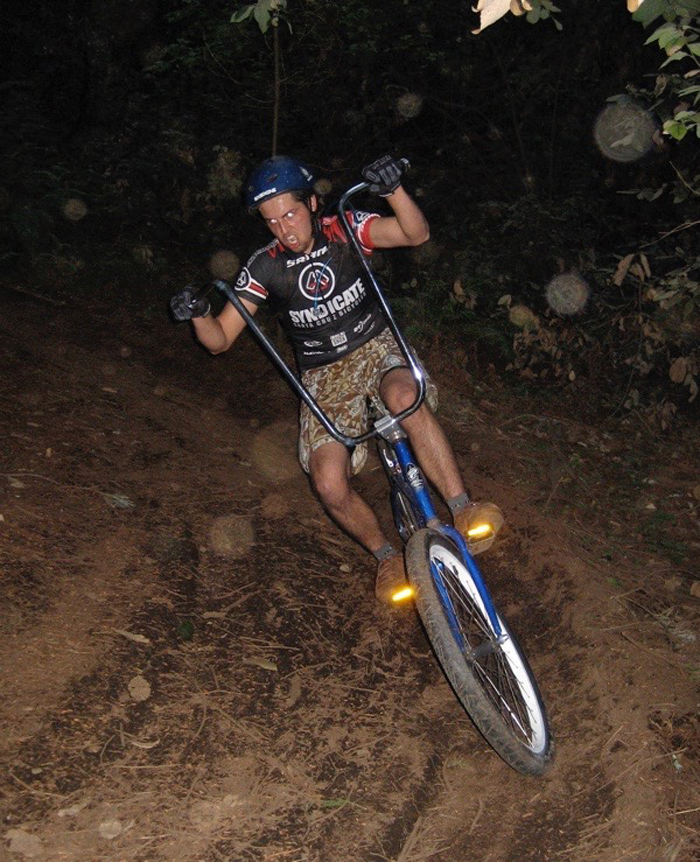 Every now and again, a luminary would even roll through; 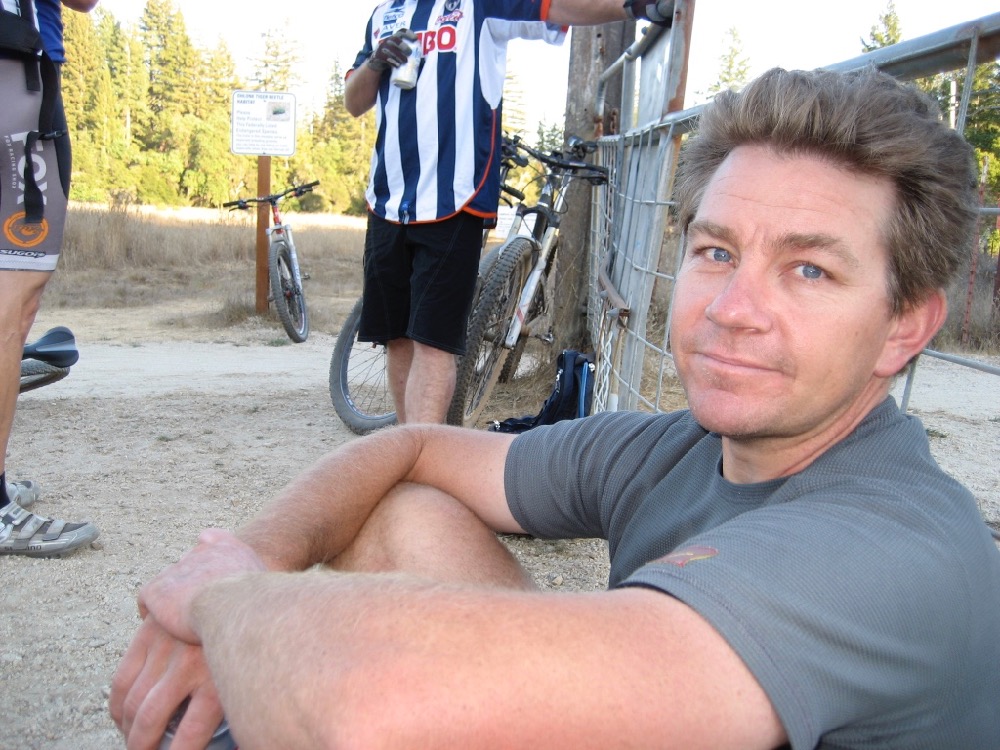 One time I went so far as to get a custom trophy made for the one who won the most of that year’s challenges; 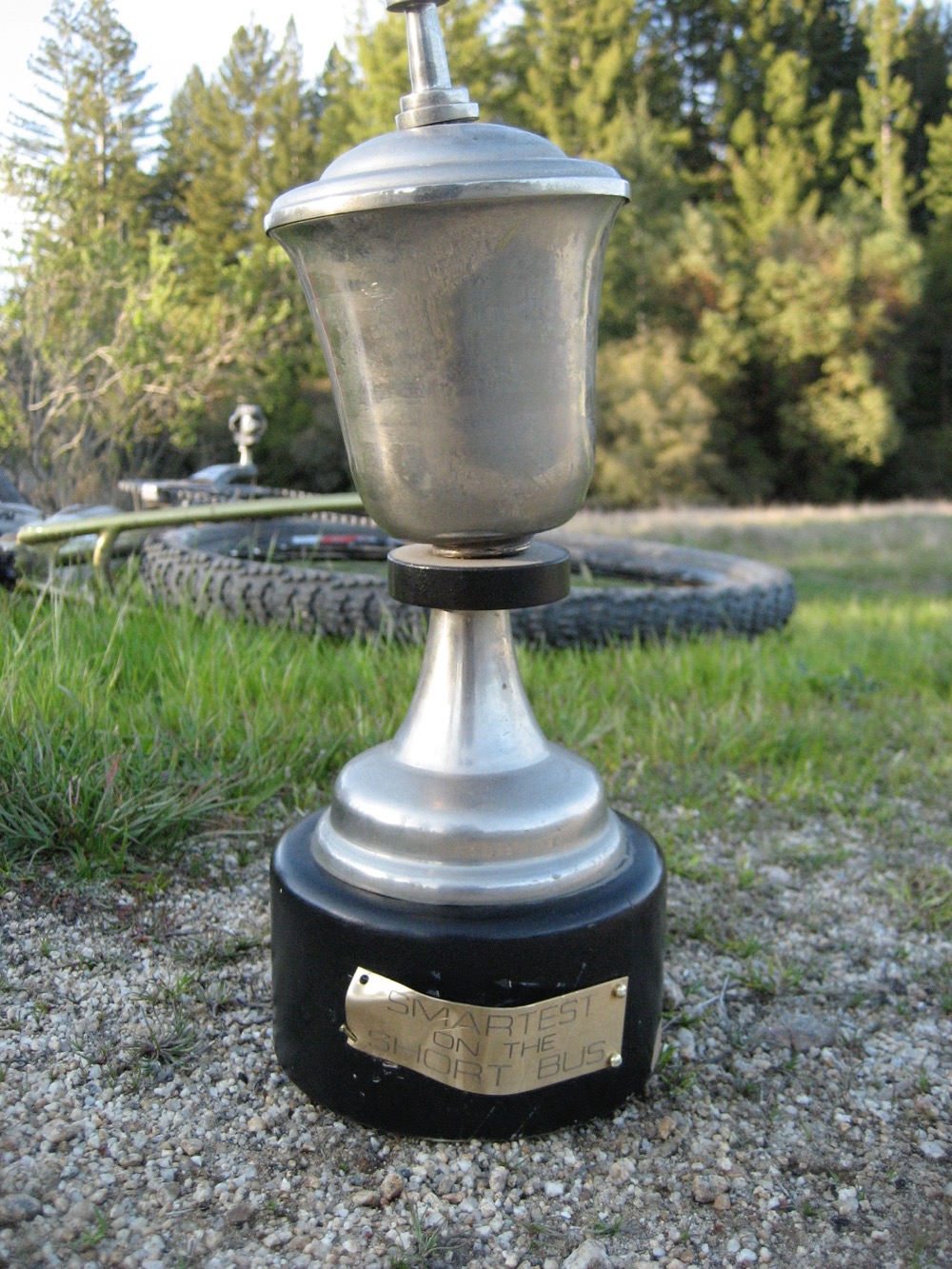 We did this for years (the torch has since been picked up, and the tradition lives on), but one of the final events I organized was in fact the hot dog hill climb. The objective was simple- You had to ride as far as you could up a particularly technical stretch of singletrack trail, piloting your bike with one hand, while eating a hot dog with the other; 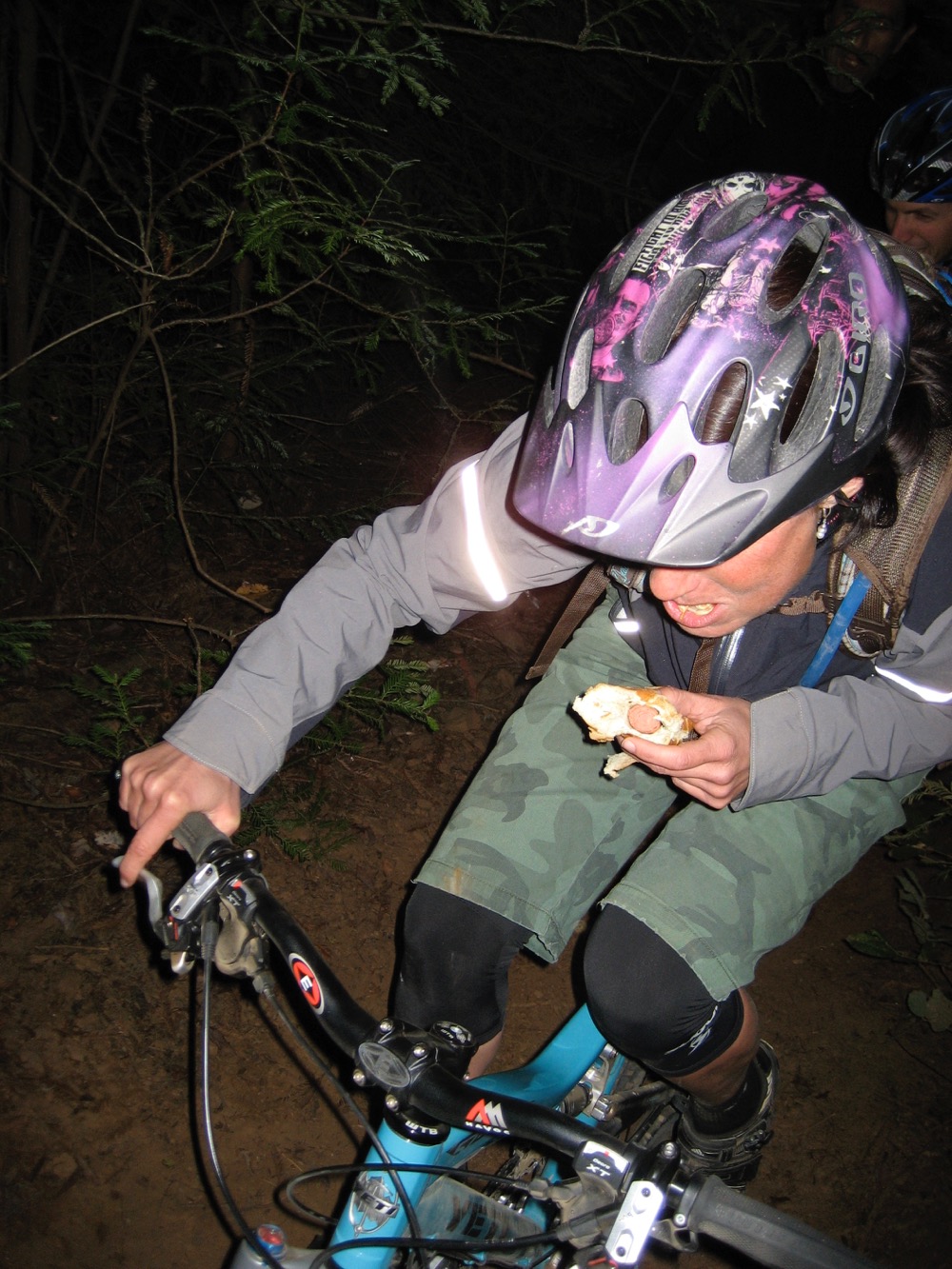 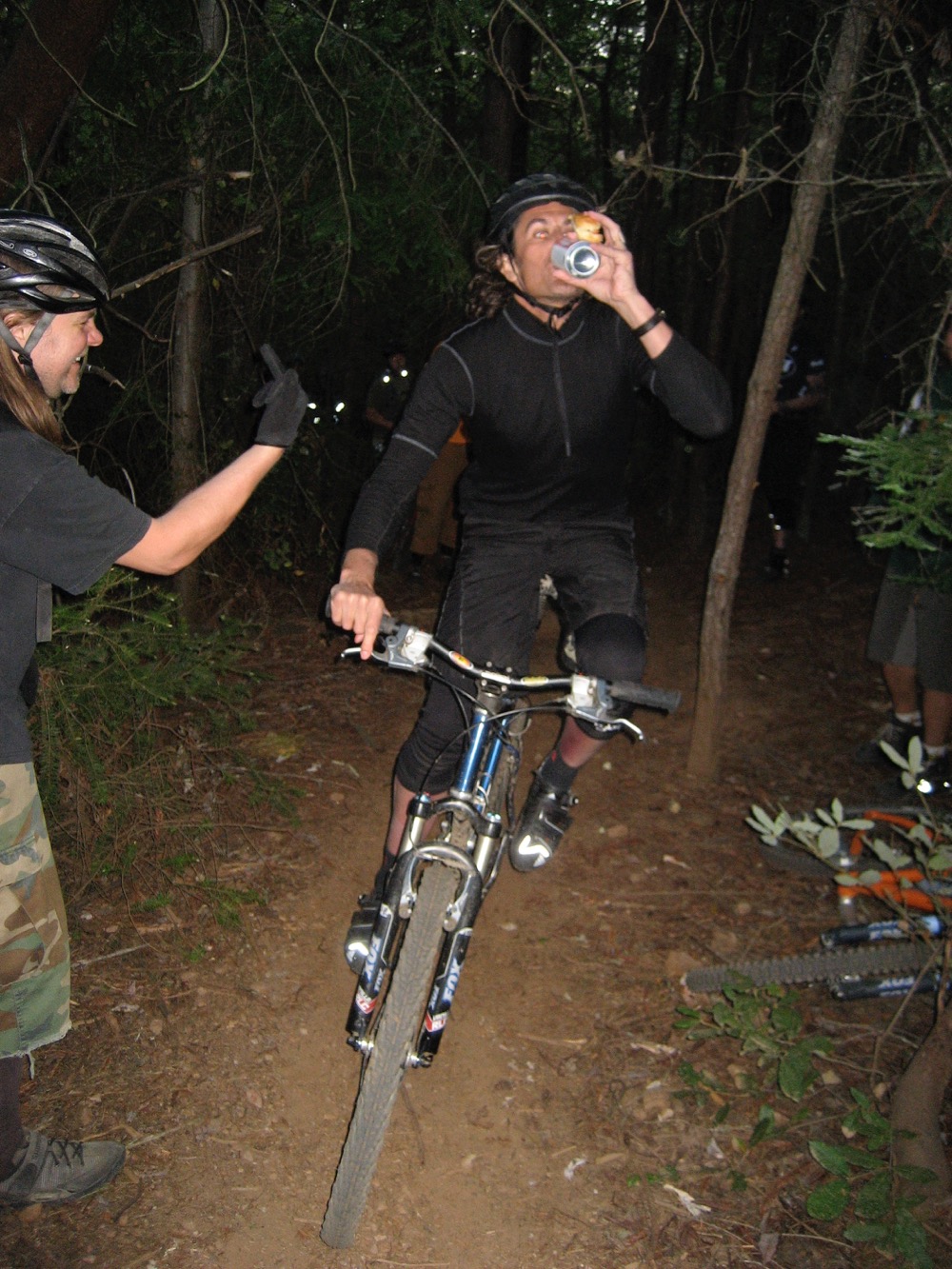 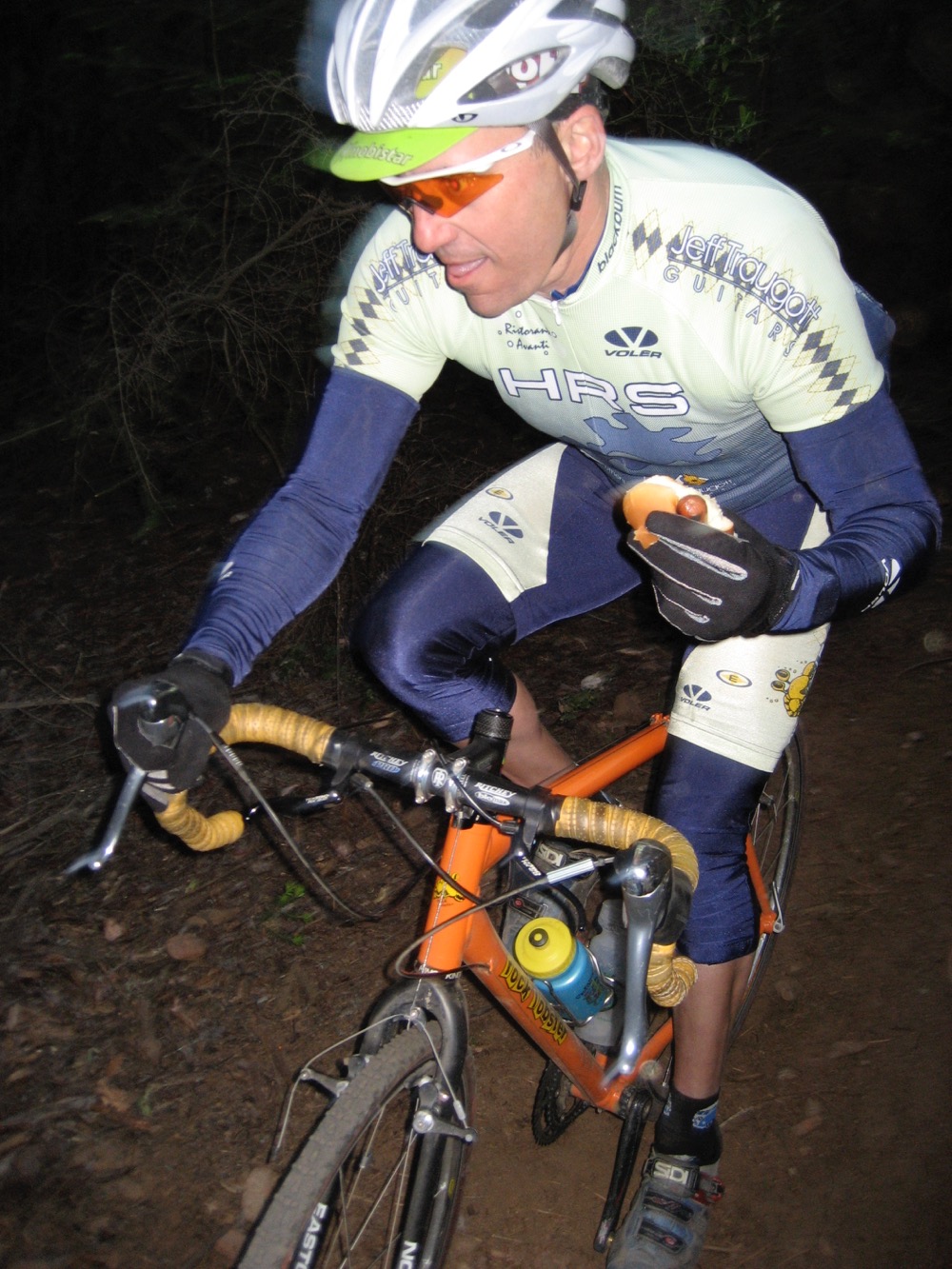 On the actual competition side of things, I can’t remember who won, but in the grand scheme, I’d reckon everyone who was present did.

Anyway, it was all great fun, and hardly anyone lost an eye.

All of that said, I’m proud as punch that Barry has taken that spark of inspiration, and moved it on to the land of Bend. It would seem as though a number of people have already signed up, and if I wasn’t on a spiritual/emotional/financial lockdown, I’d likely be there with bells on as well.

As it stands, I need as many Bendites as can muster their energy to get there and drop it in my place. All you gotta do is do it.

Unrelated to the last thing, and certainly unrelated to the next, but last week I came across the following video, which has brought a smile to my fully blown un-smiled face;

Perhaps it can offer the same to yinz.

Finally, and jumping to another video featuring the process of creation, I will close by asking if you’ve seen the documentary about the late artist Hank Virgona;

I hadn’t, but thanks to Ghostship Matt, I’ve now at at least watched the trailer. Several times, in fact. Due to my relentless boycott of anything related to Jeff Bezos, I’m going to have to wait until it comes out on laser disk.

The real upshot here though (at least as near as I can tell) is that Hank should serve as a reminder to love life, in whatever fashion it presents itself, to never stop making stuff, to truly observe and appreciate our surroundings, and with those four things, I reckon Hank is the peanut butter to life’s knotted wads of gum.

11 Responses to “Another day, another opportunity to pull gum out of our hair.”