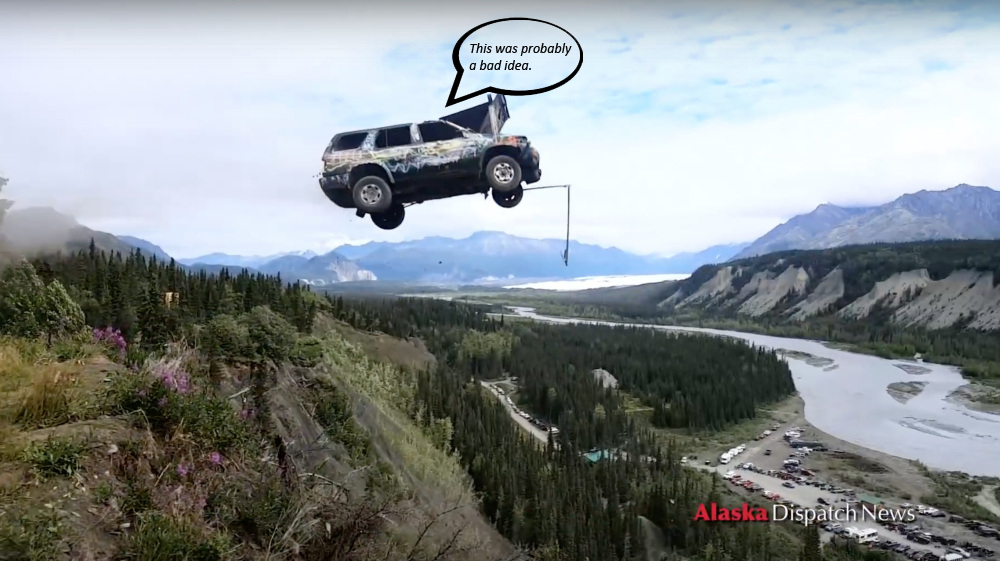 Life is a never-ending series of decisions. Sometimes said decisions will lead you to a reality of hope and promise, and sometimes you’ll get the opposite of that. Today’s post is all about expanding one’s horizons, and doing your best to never stop learning. And also about making questionable decisions even though we know we probably shouldn’t.

I suppose it was around the time I turned 41 when I first started to wrap my brain around the fact that I actually didn’t know jack. I didn’t know jack about life, myself, or the world around me. I was faced with a monumental reset, which if it were presented as an easely navigable set of challenges, I might have been able to bang out in a year or two, but as it was, the process started with me even figuring out the questions to which I needed answers. This crash course in illumination has obviously culminated with the disintegration of a life/home/wife I thought I’d be keeping, and while it’s easy to say everything has to be destroyed before it’s rebuilt, that’s not so much the case when you’re talking about your very existence.

There was a time when I thought of therapy as a crutch, but in the last few years have learned to see it as a resource for tools with which you can add to your own set of problem solving skills. In a conversation last summer I described it thusly- Say you are an expert refrigerator repair person. You have every applicable tool, and nearly a complete working knowledge to solve any riddle pertaining to refrigeration. Then one day your friend comes to you and says, “hey, you’re mechanically inclined, and you have all of these tools. Can you help me rebuild my ’68 Corvair?” So while you do know a lot about fixing stuff, internal combustion is wholly different than refrigeration. Therapy just helps expand your set of tools, and it’s taken me two years just to get to that point. Self loathing is down, and being able to embrace change, for better or worse, has increased. The adage goes ‘every journey starts with a step’, and I stand before you today saying that first step was the shittiest, but most worthwhile of my life. It’s humbling, and humiliating, and as I realize a bit more every day, a totally necessary part of growth.

I guess the point I’m randomly chasing after is that given the current life and times, the sooner we face the reality that we might not know as much about, not only the world around us, but our most intimate selves, I think the better off we’d all be.

Moving on, I would like to note that twice over the past week I went on hikes. Hiking hasn’t until recently been a thing I very much fancied, but going on hikes with my little truck has been a bit of a game changer;

Basically all I did is hike and sight see and try not to lose my truck into the poison oak, and when I found a cool feature to drive on, I’d hang out there and shoot little movies. It’s like being nine years old, but better, because I don’t have to be in by dinner time.

Anyhoo, in the couple of years that I’ve began learning about RC trucks, and specifically the incredibly detailed world of scale trucks, I’ve learned of a number of folks who are, for lack of a better term, rock stars within the realm. Back in 2014 I introduced you to Headquake, then in 2018 we learned about Anzaka, and the beginning of last year, I posted up this insanity. One individual who operates at this caliber is guy named Richard, who goes by the handle pardon my n00b; 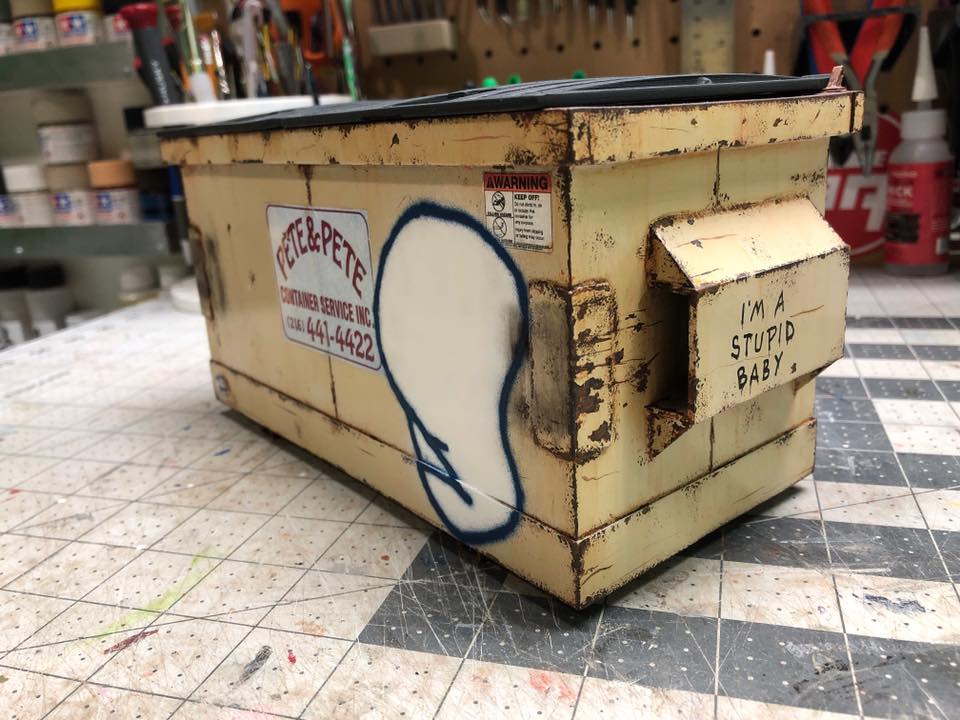 Dumpsters and tiny trucks you say? But of course. I mean, why not?

From his incomparable detail work, to his backyard crawler course;

The guy is in every way an absolute artist.

The reason I bring Richard up today (besides to simply share his gift) is that he and I have recently been in contact with one another, and we may have something really amazingly special in the works. I can’t get into details, but will just say that unapologetically, I think I’m irreversibly down the tiny truck rabbit hole.

Finally, I’ll conclude by referencing today’s post title, which I think comes from a thing I said through severely cottoned lips after one of the initial Wizard Staff celebrations eight or nine years ago. What seemed like a good idea at the time, has now morphed into legions of ne’er-do-wells all across this globe attempting to drink themselves into invisibility, and I’ll be damned that even in the midst of a global pandemic, this year’s tenth annual was more of the same.

Being ever mindful of my current living situation, I was attempting to figure out how to drag a cooler, and all of the necessary accessories up into a holler in the woods, and just post up somewhere between here and nowhere, but suddenly and without warning, Demonika suggested that I just do it here.

Shocked with this turn of events, I moved slowly out the door and headed to pick up some food items, and an additional 12 pack just in case, quick before she realized what she just said, and changed her mind.

So, for my part, it was an intimate affair with a small smattering of friends, all maintaining proper distance from each other. Mikey from Squid Bikes almost immediately got befuddled by tape; 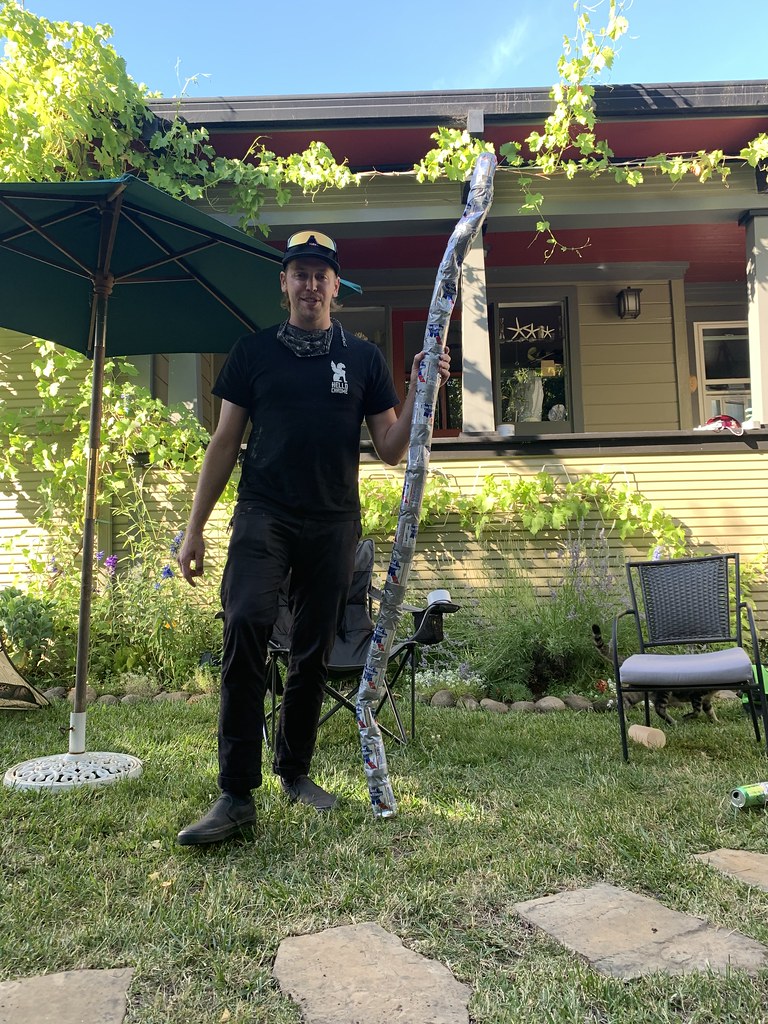 -Two children hit me with my staff until it broke apart, ultimately making me lose count of how many beers I’d drank; 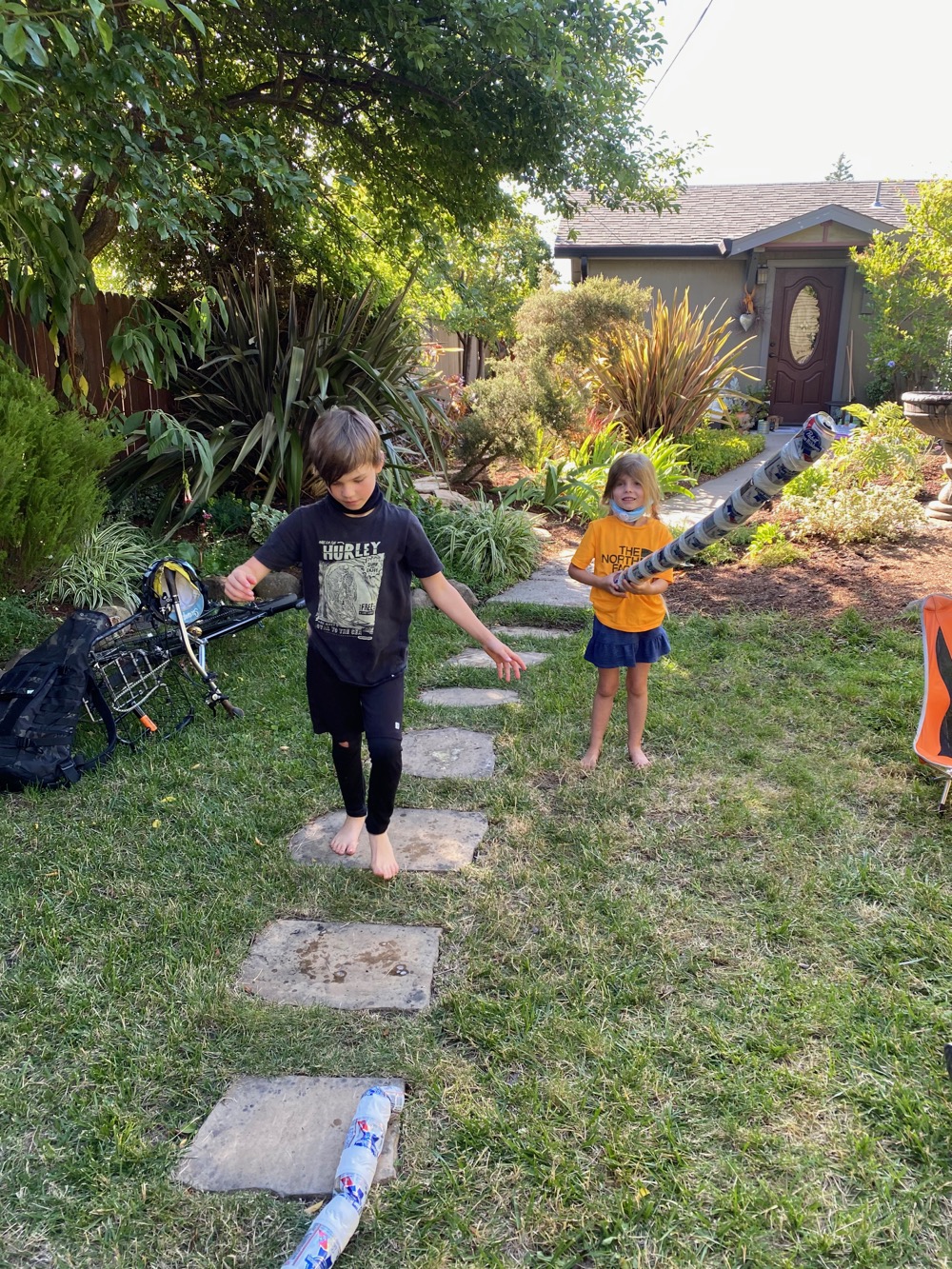 Caro was there as well, but I think she just drank a couple of beers, and minded her manners, which puts her, the kids’, their parents, and Demonika, in the corner populated by people who made prudent decisions.

Based on a few rudimentary internet searches, and an array of text messages I received on the day in question, it would seem as though a fair number of like-minded derels definitely steered way the hell clear of the aforementioned corner of good decisions, proving definitively that there’s no accounting for taste. All of this makes me makes me feel real proud, and ashamed all at the same time.

So, like I said at the beginning of this mumbo jumbo, let’s never do it again…