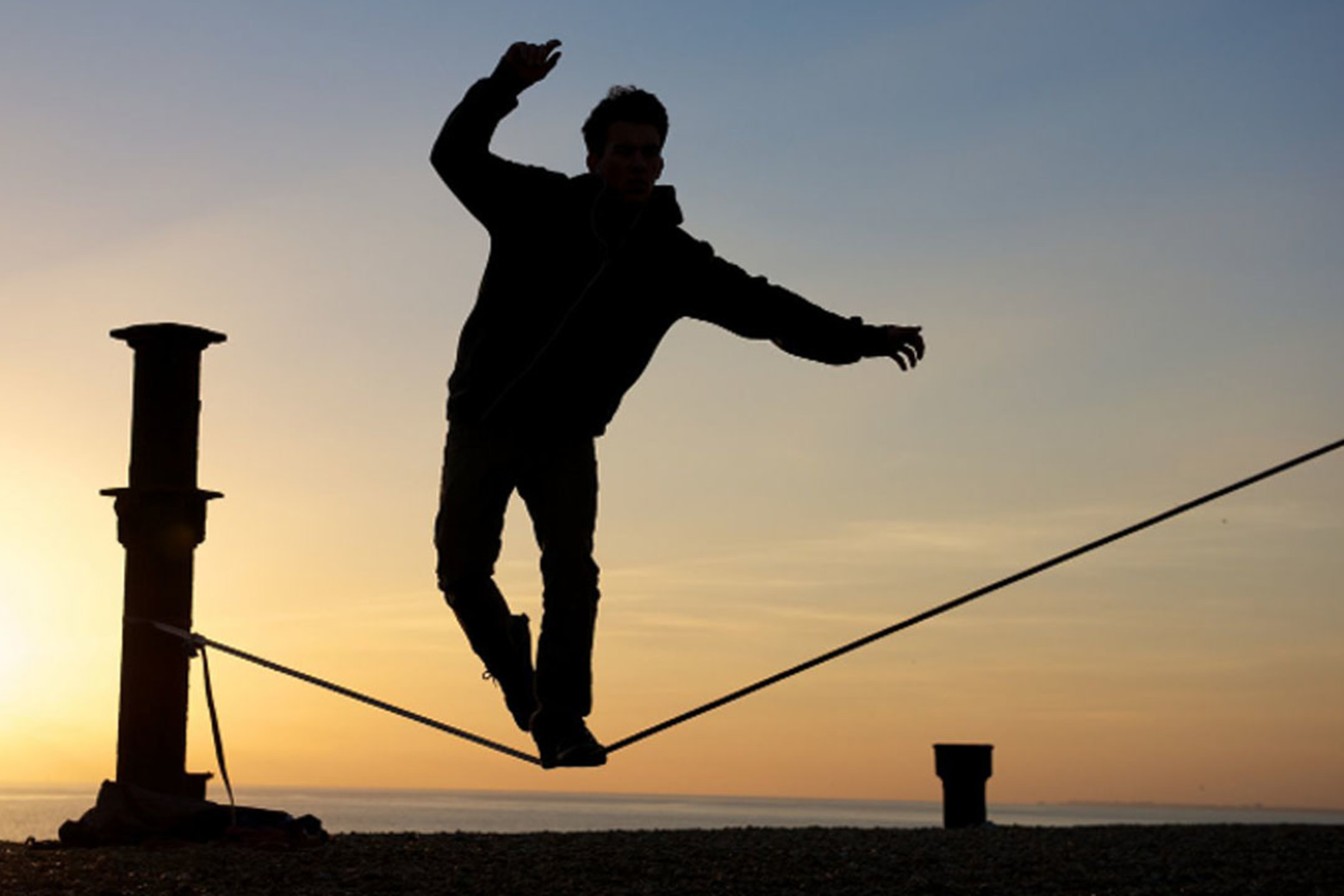 By ‘nature’ I don’t specifically mean the trees, and animals, and oceans and etc. Rather, I mean the whole of the universe, and what She has planned for any of us both individually, as well as a civilization. When a void is created, it’s filled with something else. When a pendulum reaches the peak of its arc, it begins swinging back again. This is how I’m currently looking at all of this chaos outside our doors. Though I don’t have a constant grip on it, this directive is helping me maintain some semblance of sanity in the face of it all.

Yes, certainly the proverbial shit is hitting the fan, and the the fallout will continue to be extraordinary, but at the end of he day, the planet will still be here, love and fear will still be two of the most powerful human emotions, up will be up, down will almost certainly still be down, water will still be wet, and burritos will likely remain one of the most perfect foods ever devised.

I’m sure I’ve brought this up before, (upon further investigation, I have) but having spoken with an intuitive named Nita Lapinski in Flagstaff last fall about my own personal turmoil, I was left with a perspective that has become foundational to my mental well being. Essentially she described challenging points in one’s life as being torrents in a river. As you’re swept through the current, the harder you fight, the worse you get beat up. The river’s going to take you where it does. Trusting that the rapids will eventually let go to calmer waters is simply opening yourself to the faith that this balance is all a part of the story the universe has written for you.

Granted, some days I’m getting the absolute shit beat out of me on said rocks, and as anyone who’s spent any time here over the last two years can attest to, there have been times I’ve been held under the water for longer than I care to remember, so I’m far from figuring it out. Still, every so often, I get a moment of clarity, which I see as a gift that maybe I can share with someone out there who needs to hear it.

Having said that, I would like to publicly apologize for this past Saturday, and the bottom falling out of almost nine months of planning for 50th birthday party extravaganza. I had a bar, I had delicious Mexican food, and I had the big rock and roll sounds of O Zorn!. There was going to be a corpse face painting booth, there was likely to be some drunken making out in the bathroom, there was going to be a whole universe of bad decisions to be made, but then Covid happened, and it was the fart sound/sad trombone heard ’round the world.

Why, to make myself feel better about it not happening, I even made a crappy flyer; 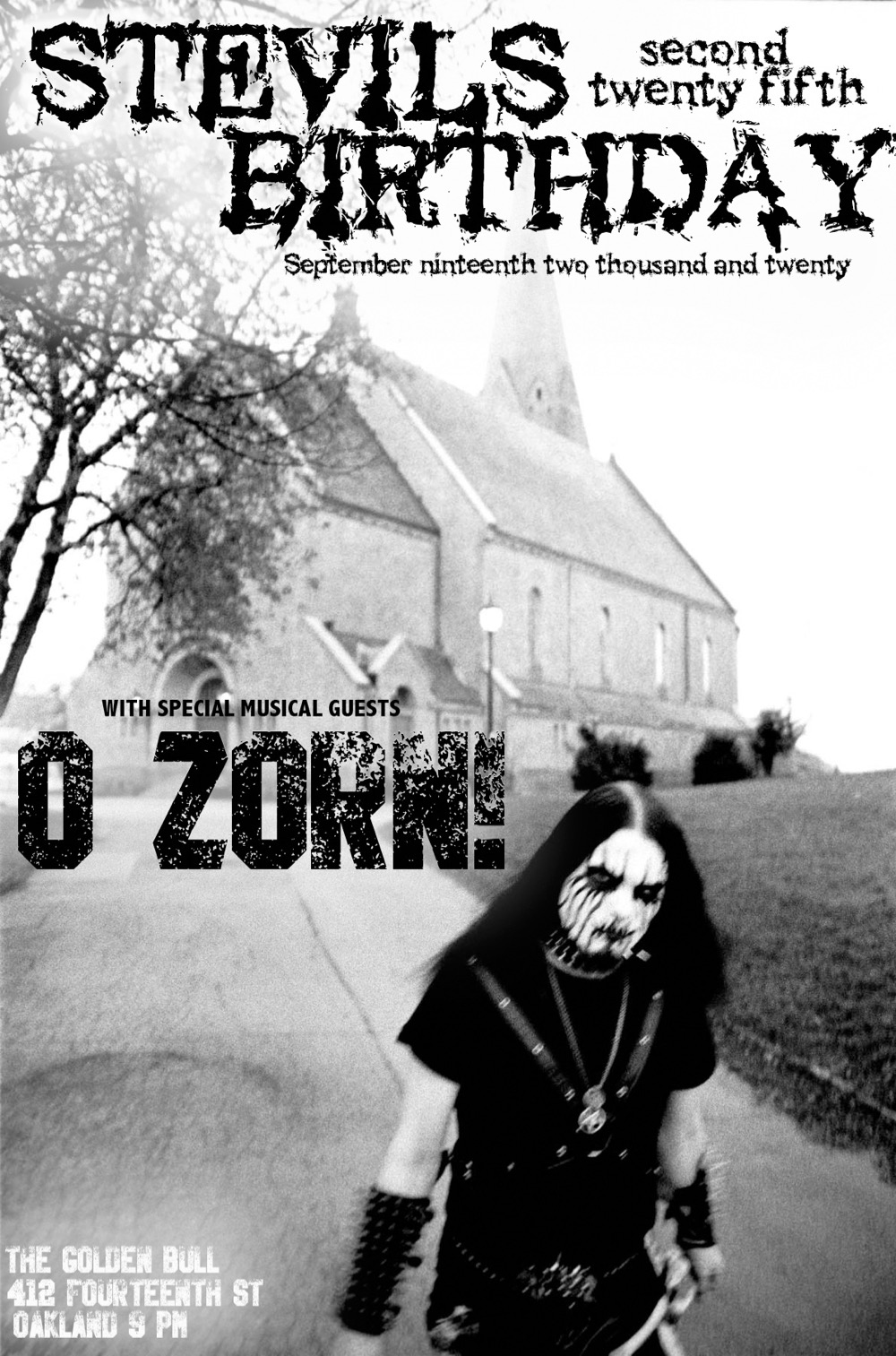 The downside is the party didn’t happen, but the upside is the bar manager gave me permission to stay 49 for another year, and we’ll do it all over next September 19th, so mark your calendar.

What I did end up doing that evening is eating pizza and drinking beer in the woods with a few friends, which I enjoyed to the very center of my being.

But what I occupied myself with for most of the day is central to my next topic, which was putting the finishing touches on a video I’ve wanted to make for ten years.

1 (one) decade ago, I came across this video by Andy Warden, which to this day I absolutely adore;

The soundtrack is sublime, the riding is smooth as glass, and in whole, the clip perfectly depicts everything I like about riding hybrid bikes in the dirt.

I’ve pitched a concept to various people I know in the film making biz for about the last five years, but time and time again, nothing ever came of it.

Then, about two months ago I finally taught myself a few of the finer points involved in shooting and editing video. Armed with these woefully rudimentary skills, I set about creating my masterpiece, which I would like to share with you here;

Naturally, nothing is ever easy, and despite the fact that it was a reasonably uneventful few days worth of shooting, and finally editing the piece, uploading it to my desktop and then realizing I didn’t apply necessary filters, and had forgotten a small component of volume balance ended up driving the whole truck into the ditch.

Thankfully I ended up salvaging it all at about 11:00 last night.

Once again, proving that life is a never-ending balancing act between light and dark, yin and yang, or in this instance- work and play. I just have a meandering knack of combing the two, which still results in occasionally falling off the proverbial slackfline and smashing my nuts.

26 Responses to “Nature is a balancing act.”