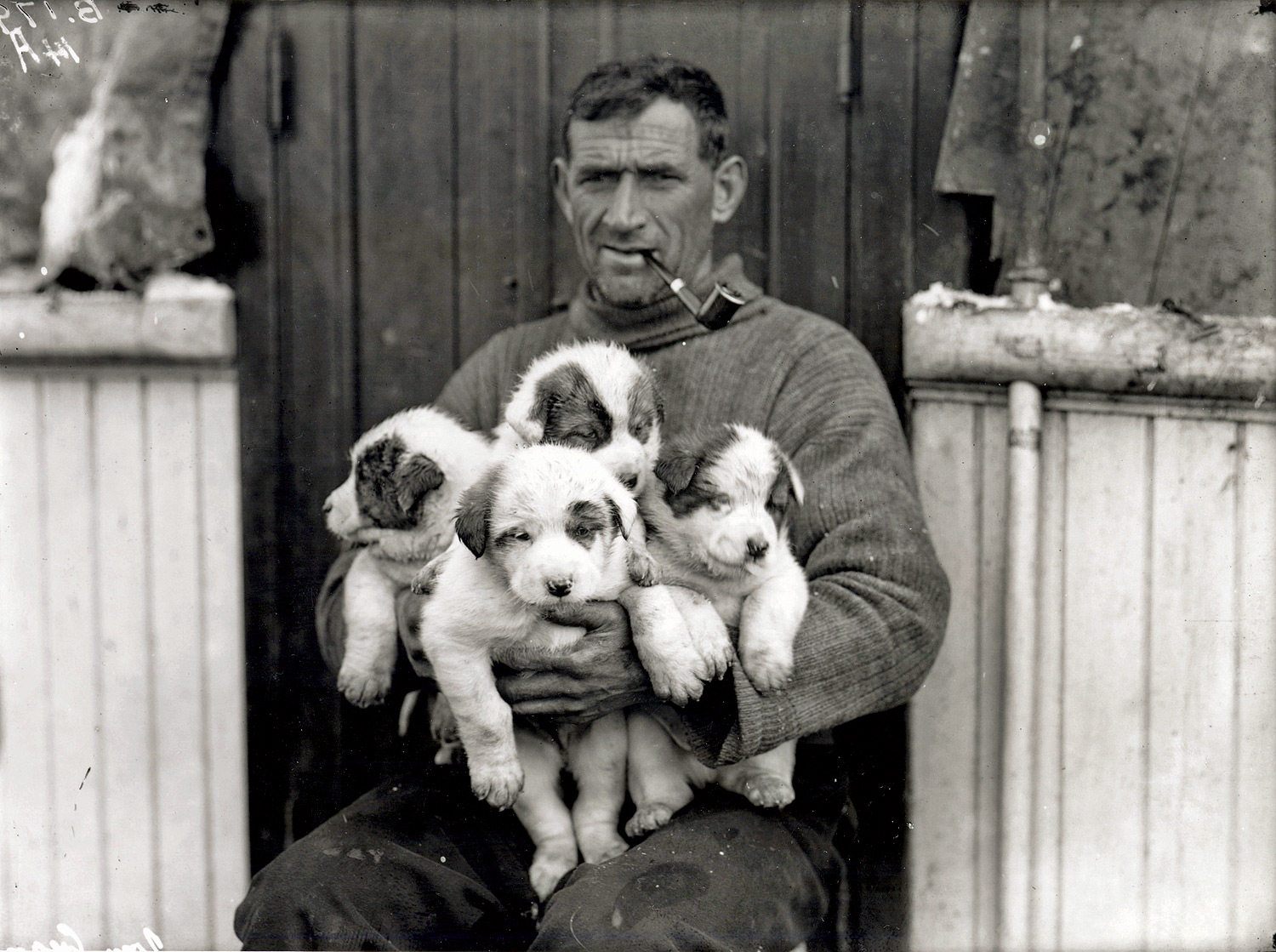 Before we get into anything, you might have noticed a host of notifications I posted in all available arms of social media over the last few days mentioning that things were getting a little kooky with the wheeled-gerbils that power this site. The backend has been pretty scabbed together for about the last year, and in a meeting with a real-live web developer who happens to specialize in the particular platform I use, he told me in no uncertain terms that, as he put it, ‘my shit was fucked‘.

So began a week long unfucking, which bled into this week, and prevented me from publishing a proper post this morning. Better late than never? Read on through the following array of words, and you can decide.

Having said that, let us begin.

About a year and some change ago, I made the declaration that in order to be a bit kinder to myself, and allow a little bit of breathing room, I was going to pare this site down from three posts a week, (plus ‘One For The Weekend’) to two. Then, as I was embarking on my road trip, I promised at least a Tuesday post every week.

Since June of last year, and for nearly every Tuesday that’s passed, I’ve stuck with this schedule. In the meantime, I’ve increased my hours at the gig where I was moonlighting, and taken on an abundance of painting commissions. This means my days generally start at about 4:00 or 5:00 in the morning, and don’t wind down until between 10:00 to 12:00 at night, or whenever I collapse from exhaustion.

For my own wellbeing, I’m trying to manage a more reasonable schedule, but the reality is I have to finance an entirely new existence, so taking on whatever additional forms of income I can find has been paramount. Ironic that in an effort to be nicer to myself, I’ve only buried myself that much deeper in the shit.

Anyway, the point of all of this is to say I may very have well learned more about what makes me tick, and the inter-workings of life in the last two years than during any point in my existence previously. Armed with this bruised and bandaged wealth of experience, I’ve taken on yet another role, from which I think both this readership, and I will benefit.

Folks might recall the long-standing advice column in BIKE Magazine that was penned by Greg ‘Chopper’ Randolph called ‘Ask Chopper’. In it, people would ask for advice on all topics ranging from bike maintenance, to training tips, to insight on muscle cars, or how one might most efficiently re-sheetrock a room, and everything in-between. Well, it was upon Greg’s eventual departure, that then-editor Joe Parkin floated the idea that I take over his post. Never one to turn an opportunity down, I agreed, but one thing lead to another and the idea was ultimately shelved.

Fast forward to last week, and the recent publishing of my Shitbike piece, when Cush (who ironically was the original editor for ‘Ask Chopper’, as well as my former editor at Dirt Rag) and I solidified a plan for me to finally take the helm of an advice column, however this time, for The Cycling Independent. I don’t yet have a title for the article, (‘Ask Stevil’ bores me, ‘Kinevil’s Kinorner’ came to me in the throes of delirium, and ‘Kinevil’s Kouch’ seems too cliché. I don’t much care for any of them.)

In all seriousness, I’m about 5% smarter than I look. If you have a query regarding anything you’d like my spin on, shoot an email to stevil(at)cyclingindependent(dot)com. Think of it like a mash-up of ‘Dear Abby’, ‘Miss Manners’, and ‘Savage Love’, except I don’t know anything about life, social etiquette, sex, or relationships.

It’s almost guaranteed to help somebody; Who knows? Perhaps in attempting to help others, I might even inadvertently help myself.

In other news, it was in this post when I introduced my van crush; A day or two later I stopped by early one morning, and under the windshield wiper deposited an envelope full of stickers saying I was happy to see it back in the neighborhood. I might have gone one to say that I wished it was mine, but more than likely I stopped just short.

The following week I saw it again in another part of town, and as I always do, I rolled over just to look at it up close. It’s like being starstruck, but instead of staring at another human being like they’re a piece of meat, I just look at this clapped out majesty in quiet appreciation.

Wouldn’t you know though, as I wheeled around behind it, I was presented with the most thrilling of honors; 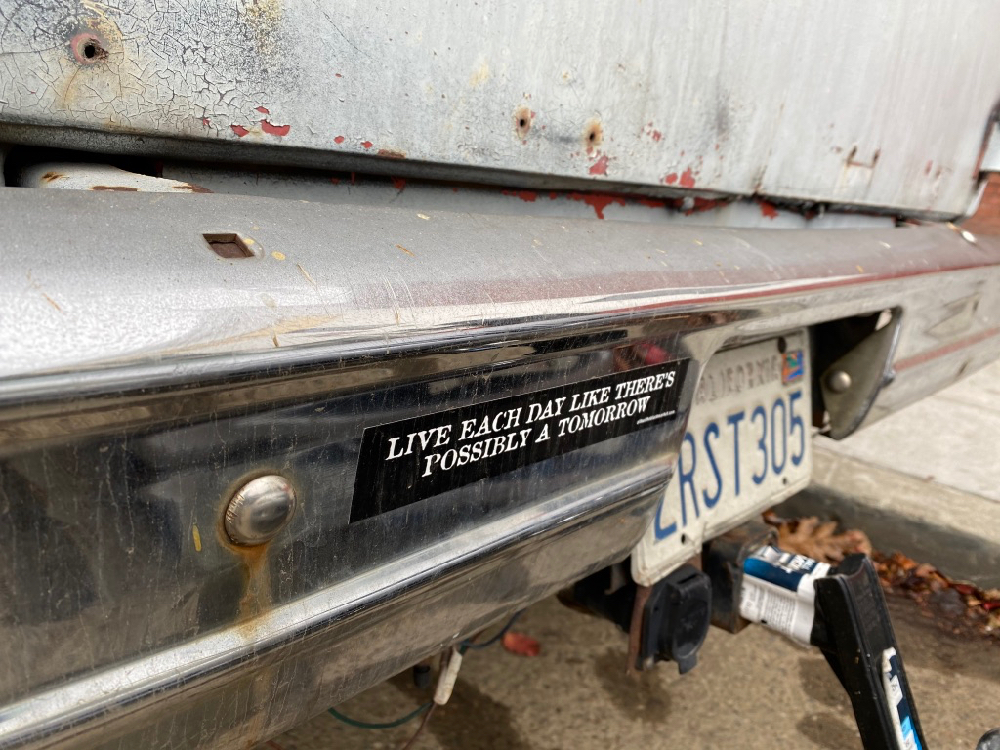 Being as excited as I was by these developments, it only further proved to myself that I’m perfectly simple, and couldn’t be happier with the fact.

Finally, in closing, I’m gonna make mention of an interesting thing I came across a couple of weeks ago, which might be of interest to vagabonds like myself.

To get folks to relocate to northwest Arkansas, the Walton Foundation is throwing a million bucks at people, $10,000 at a time. They’re looking at creatives who want to relocate, so naturally, I threw my hat in the ring. I mean, besides almost sweating my ass off to death when I was there a year ago August, I fell in love with the region, and the people I got to spend time with; 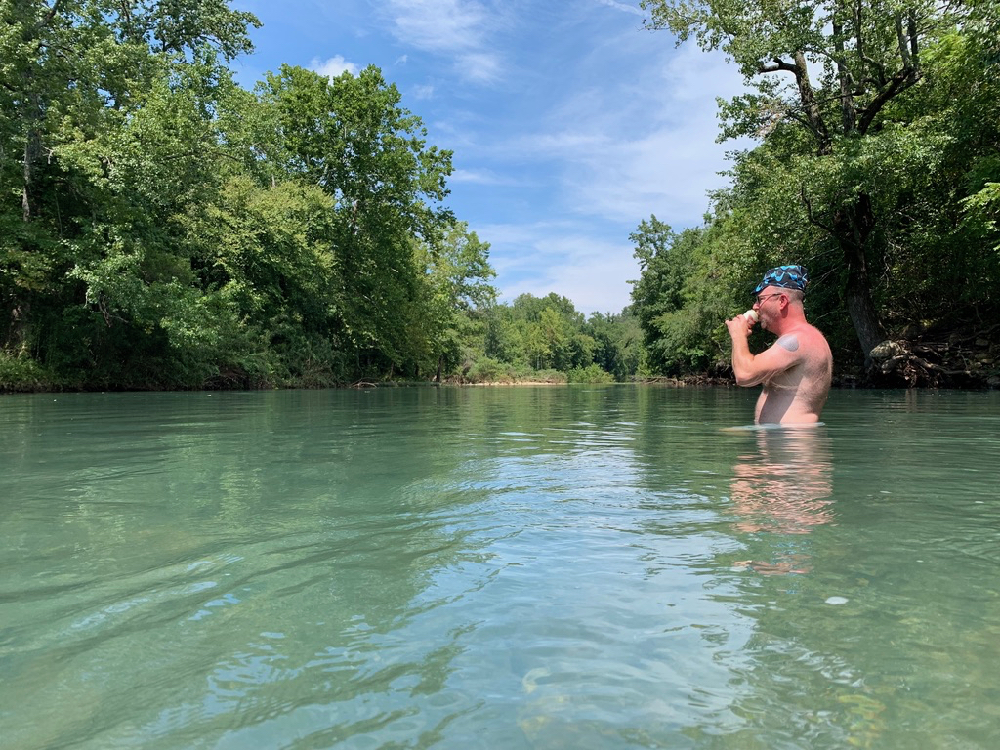 Perhaps like me, you’re untethered, and looking for a new place to land where you can spread your demon wings and make all who encounter you, turn and hurriedly walk away.

If that’s the case, then by all means apply.

In the event that they actually accept me as a candidate, then I’ll shift my proclamation, and will of course be there for you.