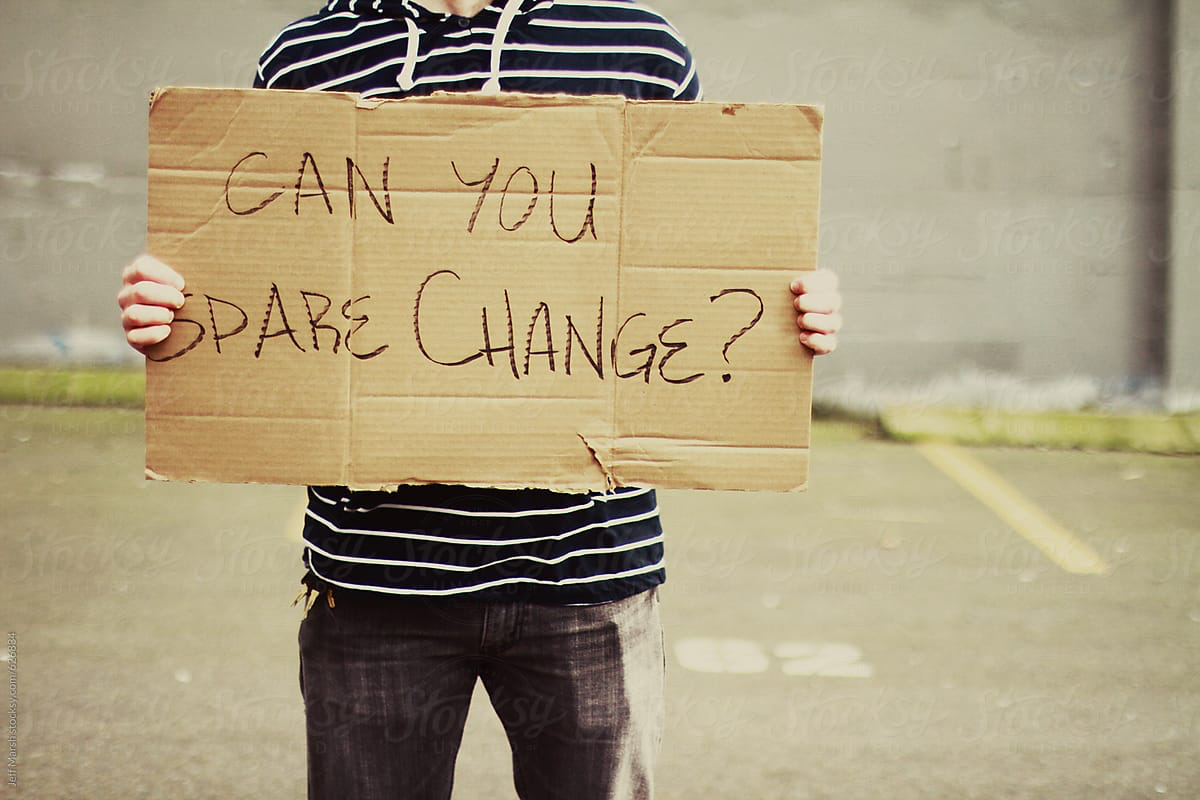 “‘The Only Constant Is Change’? That’s a good post title,” I thought to myself. “I wonder if my past self has ever thought the same thing?”

Well, sure enough he did.

Apparently the only other constant is repetition, but it is what it is, I am who I am, and like it probably says in The Bible or wherever, boring is as boring does, and don’t forget to brush your teeth.

So since we’ve last met, I pulled up stakes, and with my lovely partner by my side, we packed at least two-thirds of everything I own into a moving truck, and over the course of two days, hauled ass north to the northern wettest corner of Washington state, or as my friend Craig called it, ‘Canada’s Tijuana‘.

I live here now. I have two P.O. boxes, nine fewer bikes, the first space I’ve lived alone as an adult where you weren’t guaranteed splinters immediately upon entering, and a brand new coffee pot; 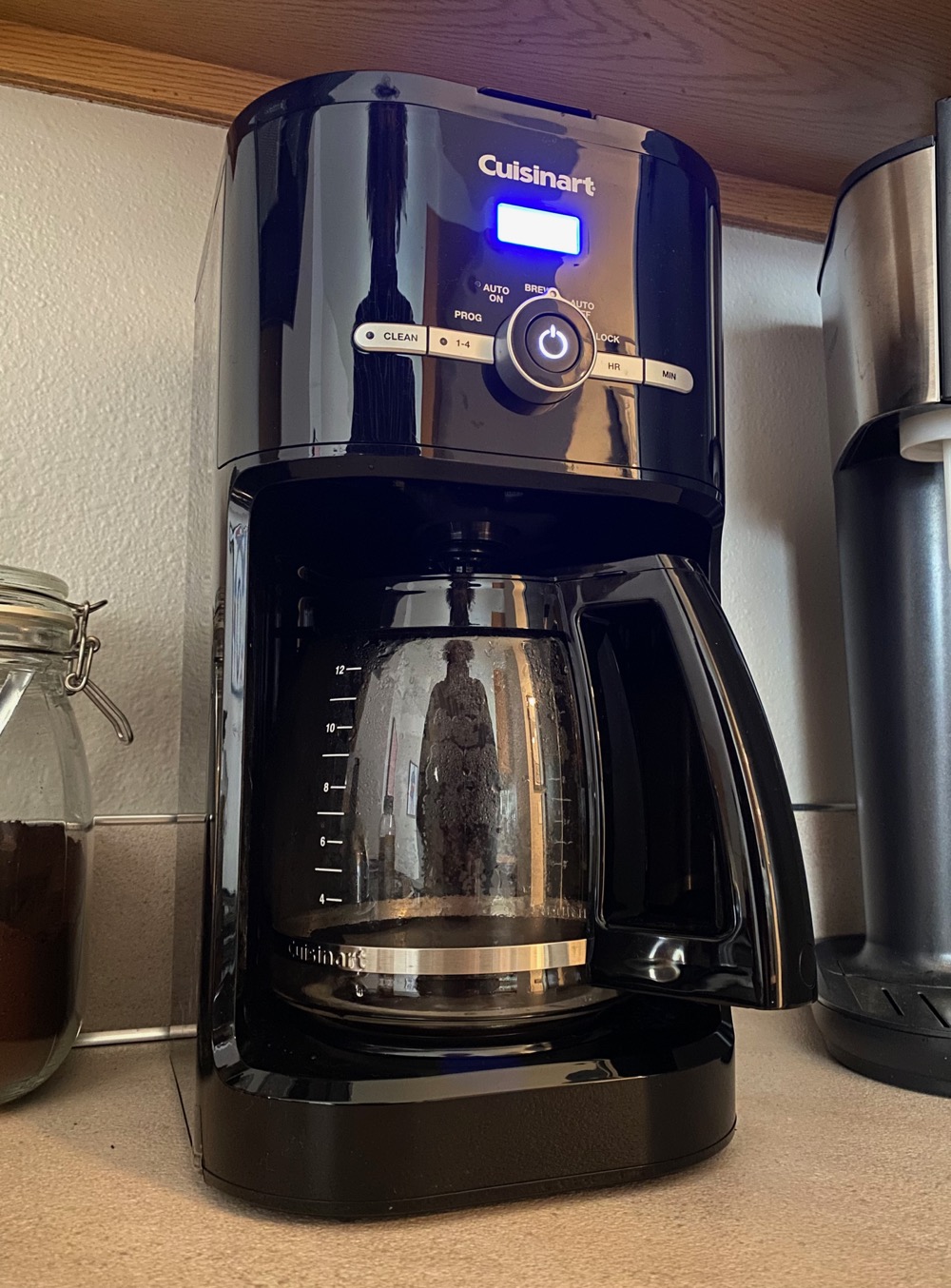 I’m ready to take on the world.

This of course isn’t to say that I’m not an absolute wreck at least twenty-three hours of any twenty-four hour long span, but somewhere along the way whether it was because of counseling/therapy, MDMA journeys, endless introspection forced upon me by a wife who loves me dearly, but can’t be with me, or all three and so much more, my signature white-hot self loathing has at long last mostly dissipated. Finally beginning to recognize in my late 40s that I’m truly worthy of happiness, and love, both internal, and external, was a game changer. I thought I had my demons figured out, but falling in love and building a life with someone was a suture on a gaping wound. It held for a little while, but it wasn’t until I forced healing upon myself that it began to mend on its own, and maybe that’s what my life’s work and personal growth is really about. It wasn’t about fear of commitment, or a misunderstanding of intimacy, as I was so sure in my 30s, but it was truly one about loving myself wholly, and completely.

Reading these words, and reflecting on the first ever How To Avoid The Bummer Life post, (a group of hapless baseball fans, one of which was about to hit in the face with an errant baseball bat) is a real trip; 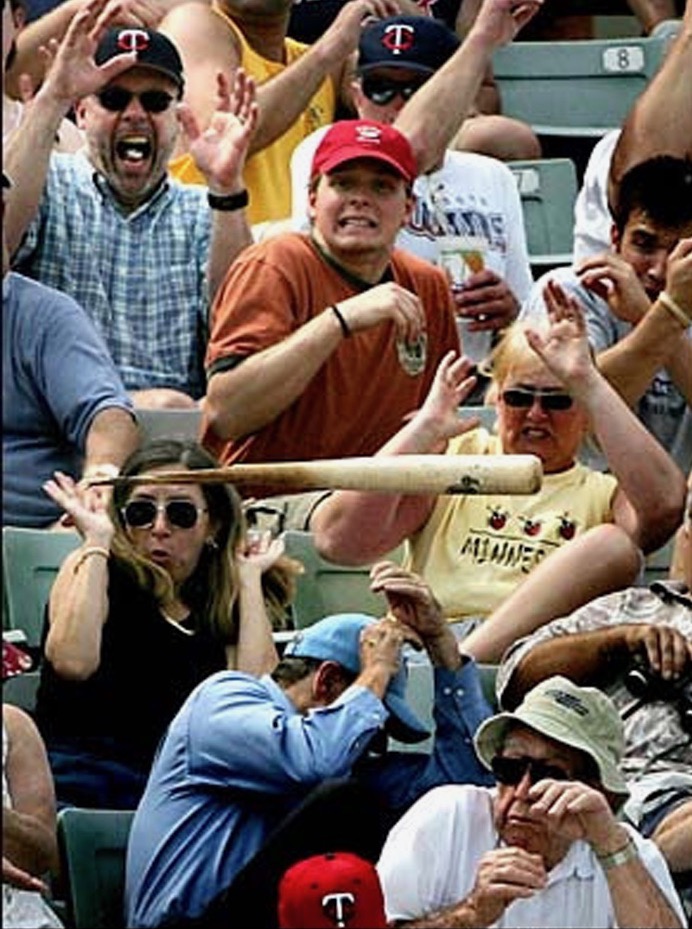 It’s almost as if somewhere along the way, I grew up a little bit.

So anyway, here’s to new chapters, ever developing self-improvement, being nice to ourselves, and whatever unknown adventures lay ahead.

It came as no real surprise to me at here at the head of my own, I immediately got looped into manual labor with some homies, and we headed up into the green expanses for a day of trail work; 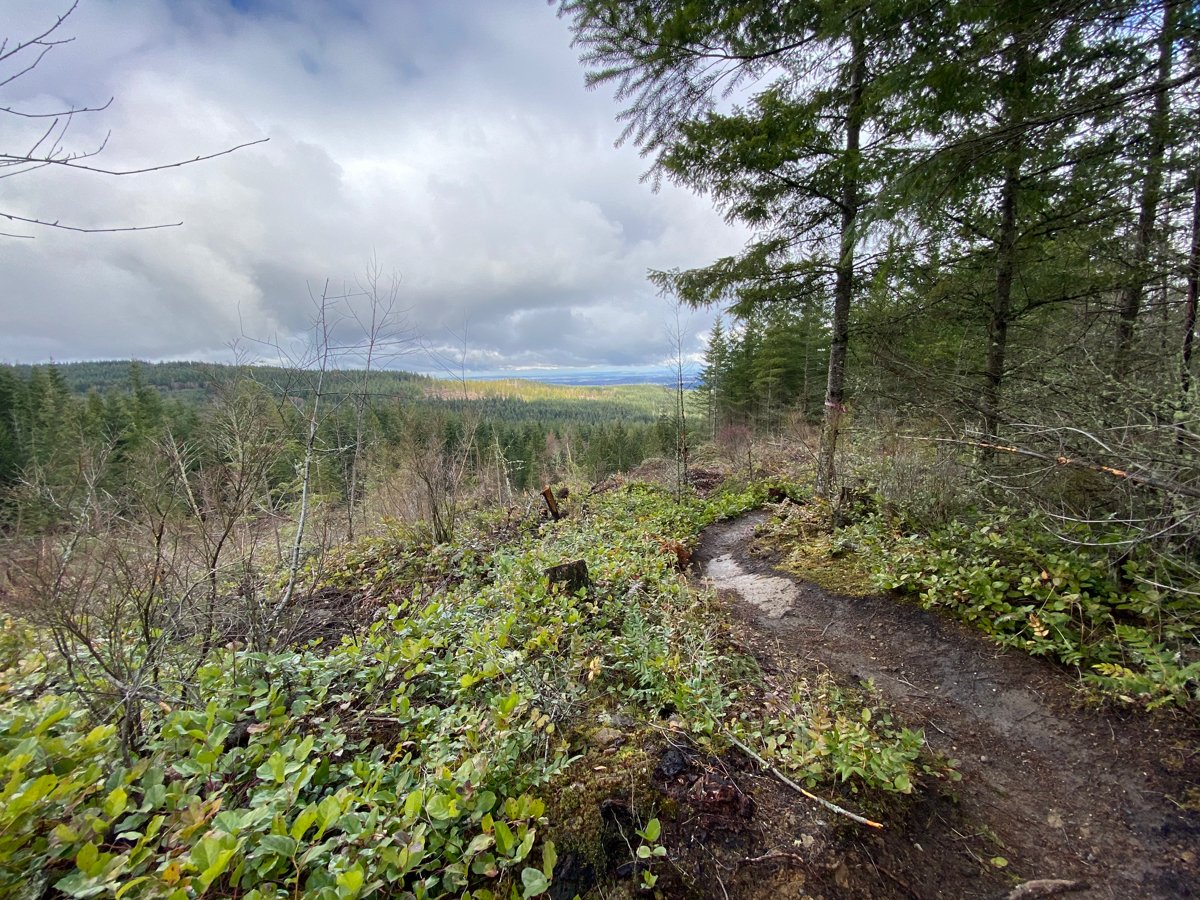 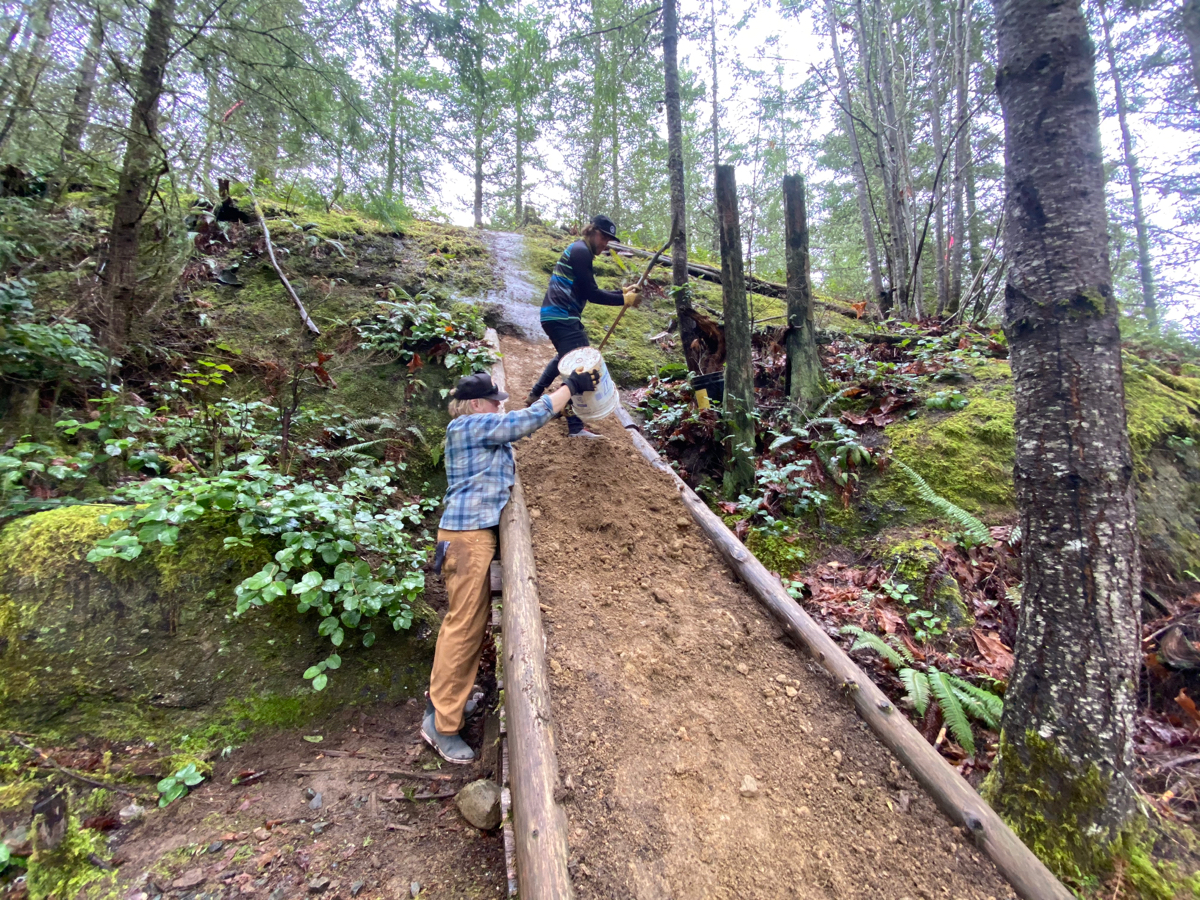 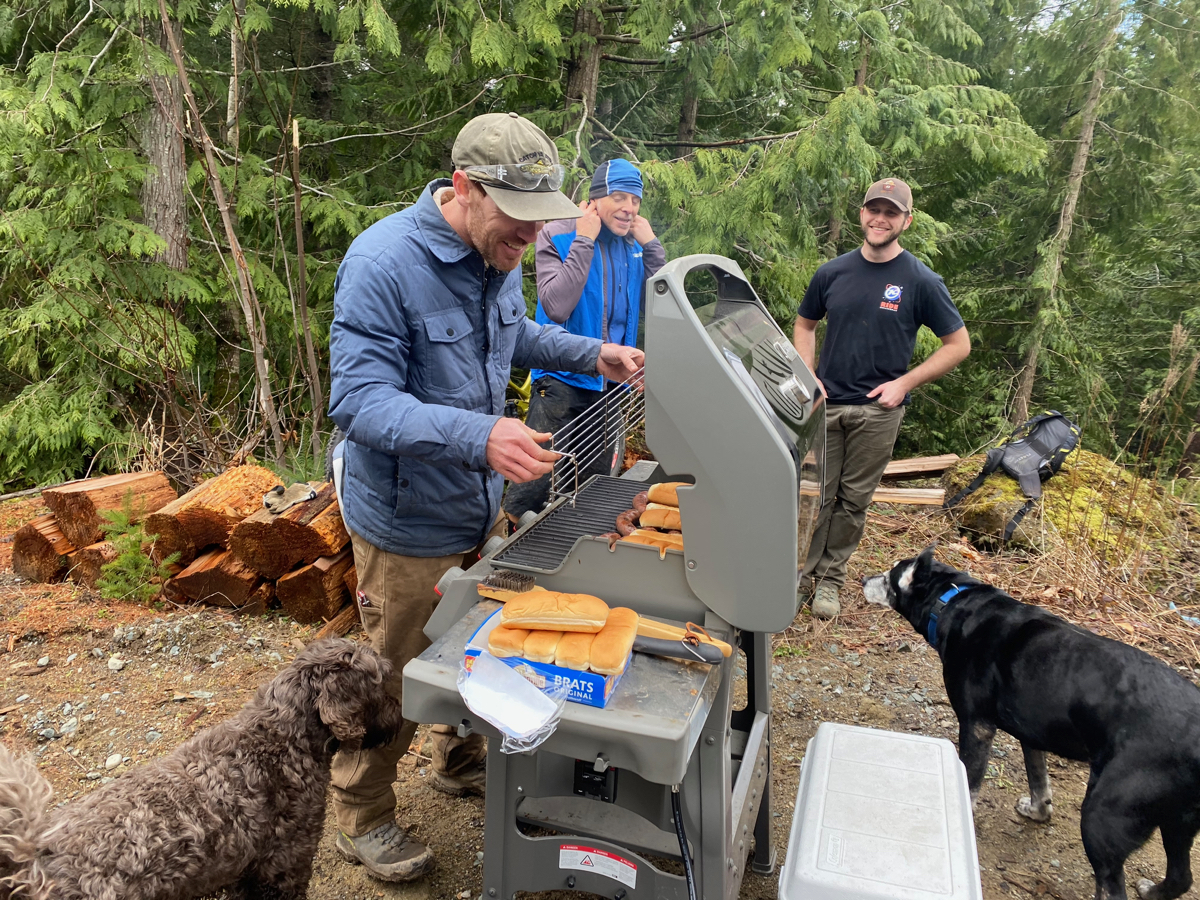 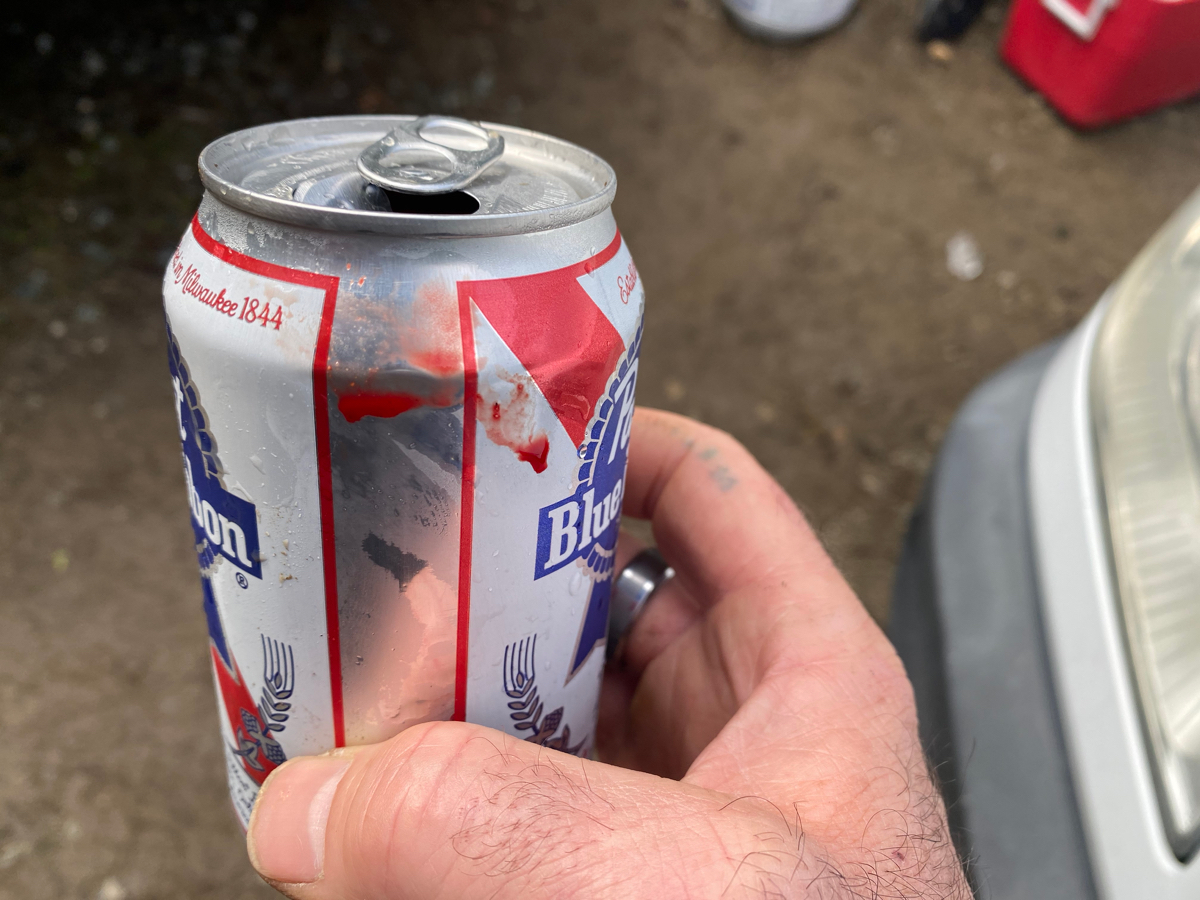 And because he’s the most helpful four-legged friend around, Buddha even got in on the action;

So what exactly more do I have to share?

Oh yeah- In news of business developments, I just received proofs of the newest revision of the clown pile drawing I did for the forthcoming skateboard deck; Just as I did with the last archival print of the first version of this drawing, I’ll once again be working with Candela Fine Art, the only difference being that this edition will be considerably larger in format.

Just like last time, each print will be signed and numbered and once they are gone, they’re gone forever, so if this interests you, please keep your eyeballs peeled here, IG, Twitter, FB, or whatever other stupid channels I’m responsible for.

Through it might not make any sense now, when I die, it will clearly be a worthwhile investment.

Related to this to a degree, it may have come to your attention that a similar clown graphic is now featured on the cardboard shippers coming out of Paul Component Engineering; Sharpen up the colored pencils, and make some magic.

Think of it as a collaborative effort.

In closing, and to whom it might concern- I’m safe with friends, and family, and as heartbroken as I am about what propelled me to this place, I suppose I’m making the world’s biggest batch of lemonade. Regardless of how much my people (Virgos) don’t care for it, I’m learning to embrace it, and that unto itself is the most possible positive shade of change.

8 Responses to “The only constant is change, V.2.”