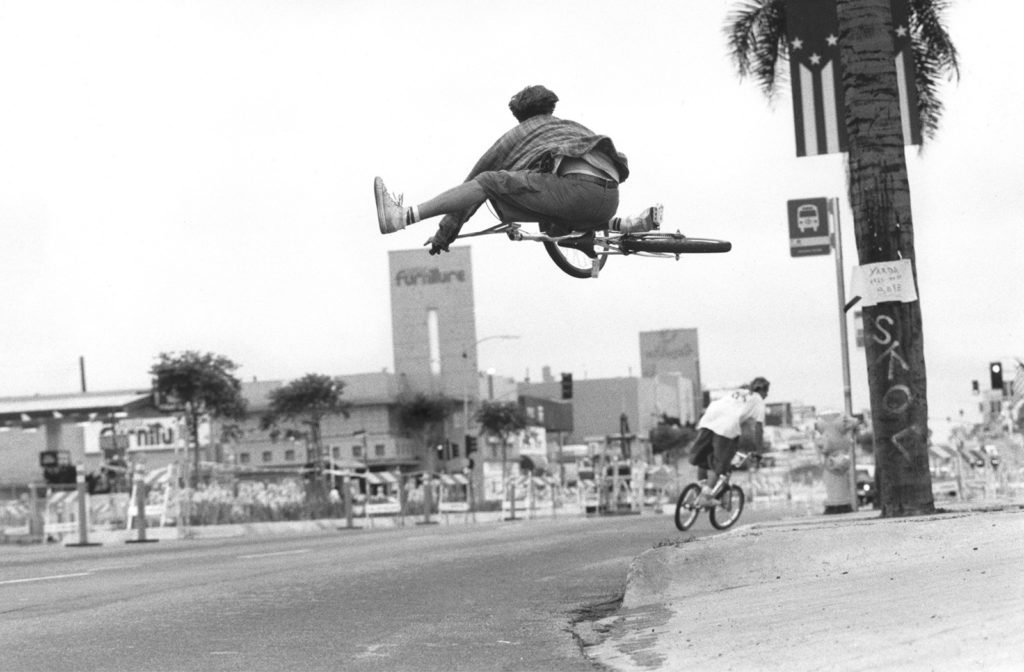 Before we get started with today’s post, I’d like to present the following sample of digital prozac. Some days I feel quite distressed about the state of the world. Politics, environmental calamity, social unrest, etc. but then randomly I find this video, and I immediately feel better;

You did the right thing.

Now then, because I don’t think I have anything specific to cover, I’ll just bang out a few random thises and thats for whoever might be interested and leave it be.

Firstly, and I suppose it might fall under the umbrella of ‘art that doesn’t suck’, I’ve recently come across, and a photo project by one François Brunelle.

For twenty years he’s shot people who look the same, but have no relation to one another; 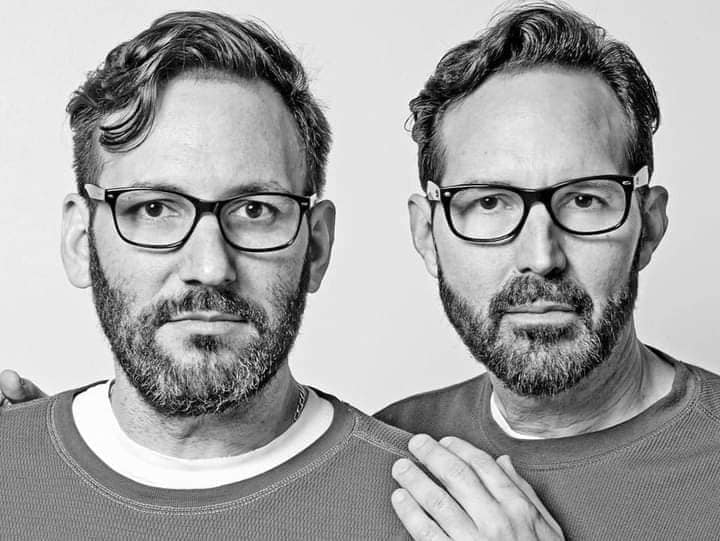 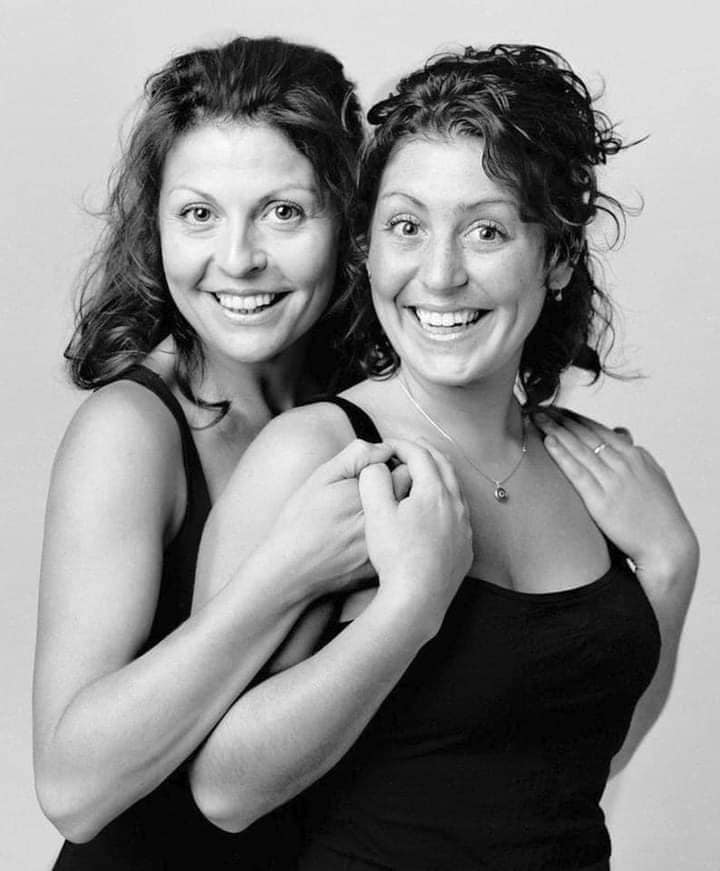 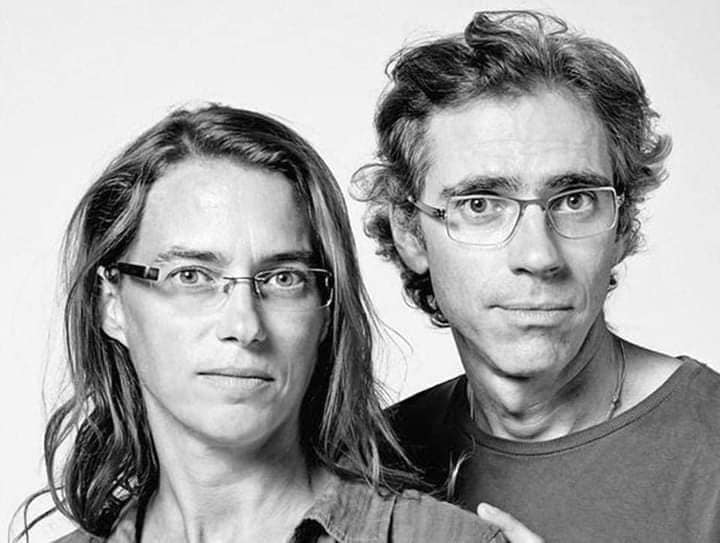 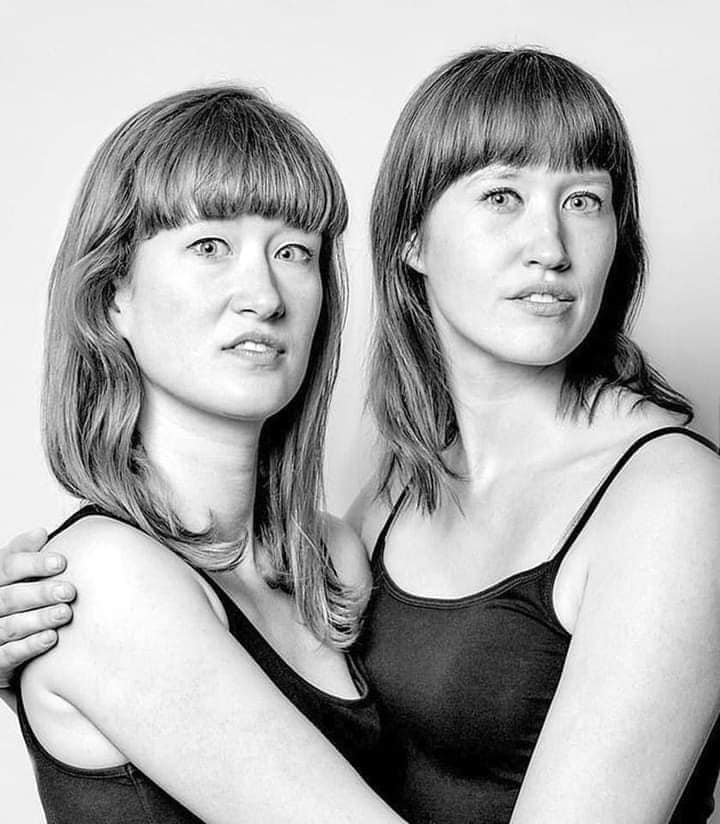 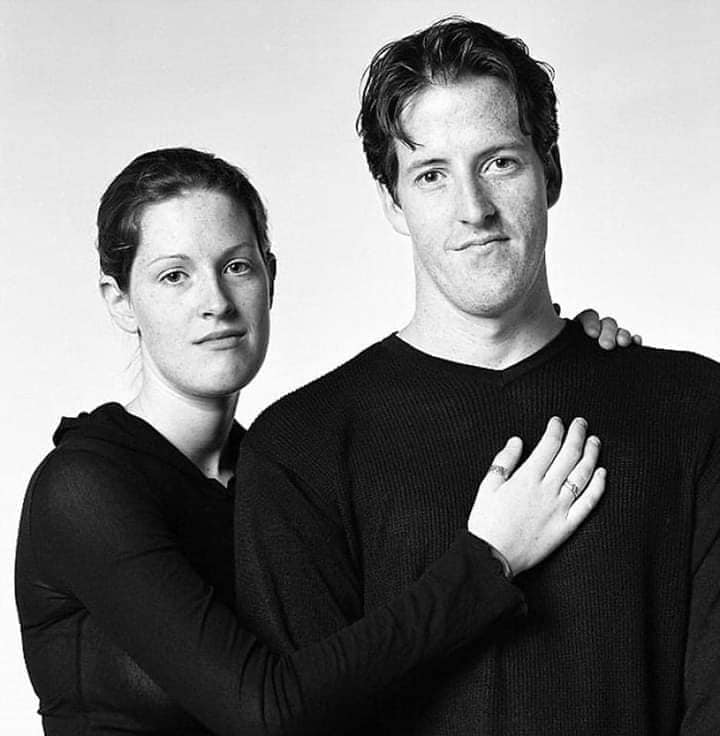 Since I was super young, I’ve been interested in the prospect of someone, somewhere looking like me. As a matter of fact, since I was in high school, I’ve had friends tell me of people they’d randomly mistaken for me. I’d be told, “I saw you drive by yesterday, and I waved, and you just stared at me“, or customers coming into various places I worked and say “oh, you work here too?“. Most recently, a friend who worked at a makeup counter in a department store said she thought I walked up to her at her counter, but was confused as she didn’t know I was in town. Even with all of these experiences, I’ve never seen one myself.

I can recall hearing a story years ago from a fellow I’d met in Seattle in which he went into a restaurant and across the room saw someone who looked exactly like him. Same hair, same glasses, same facial features, same everything right down to the clothing. I asked if he approached him, and he said he was so freaked out, he actually bailed.

Weirdly, that night I went to see Quicksand play, and while I didn’t see a doppleganger, I did happen across a woman who was dressed exactly like me. Green brushed denim Fuct shorts, blue and white Ben Davis shirt, and blue low top Vans. It reminded me of a story I’d read when I was 14 or so in Transworld Skateboarding Magazine by GSD in which he describes similar circumstances… But I digress.

The interesting thing to me is that in a world of 8 billion people, and just as many variations of DNA, that we can actually have similar physical attributes as a complete stranger. One day I might meet mine, and when I do, right after we high five, I will buy them a cheeseburger just on general principal, and that day will be good.

That is of course unless he’s a dick, which is altogether more realistic.

Any assistance in helping me realize my dream would be greatly appreciated.

Moving onto other topics-

The attentive among us might recall this post in which we said goodbye to a rare bird, and one of the good ones, Mr. Lars Savage; 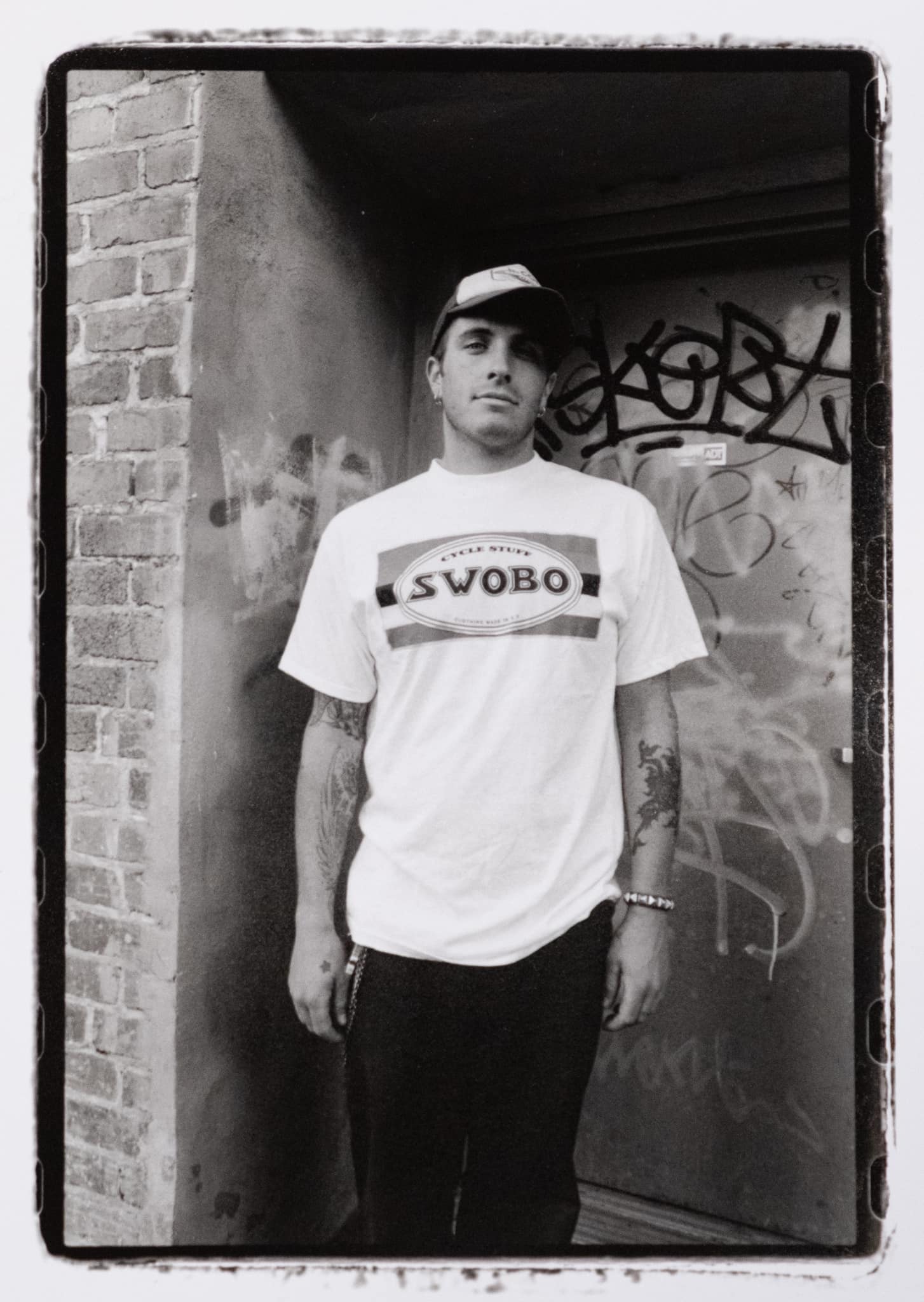 For any locs who would like to take part in his memorial ride, I got word from Travis over there at Paul Component Engineering that folks are meeting up on February 4th at San Francisco’s South Park at 5:00, and rolling out to Mission Rock at 6:00.

I won’t be there in person, but certainly will be in spirit.

Now, to segue from that topic to another, I will post a photo of my beloved Kona Hei Hei Race mere days after I first took delivery of it; 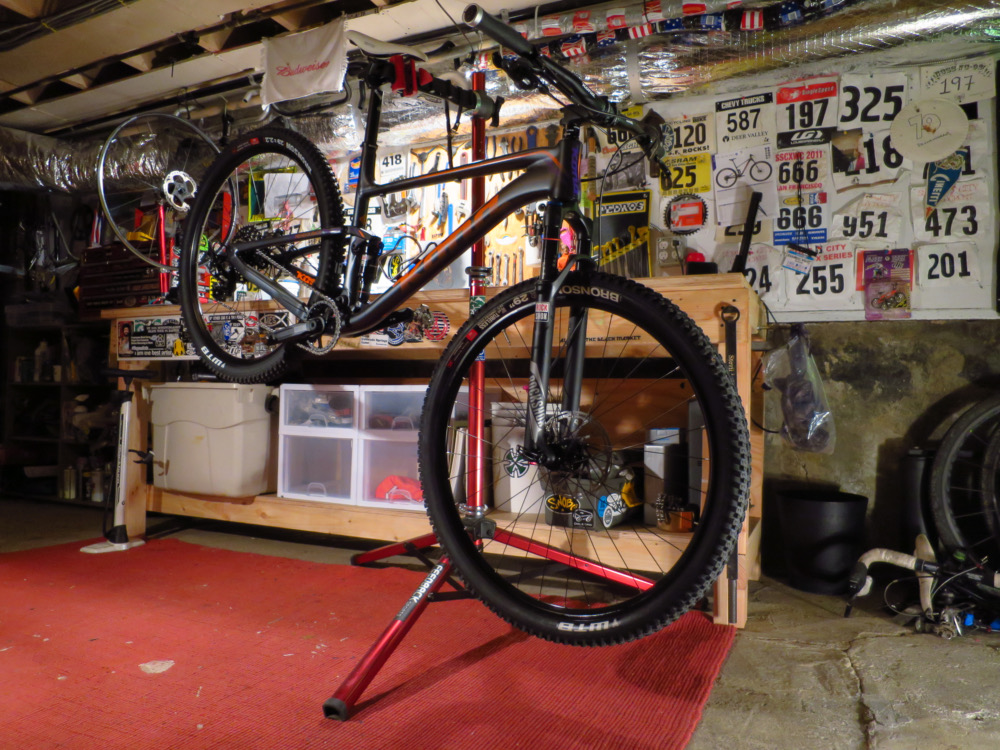 And here it is in my gross little hovel today, complete with no rear shock because I recently blew it all the way up; 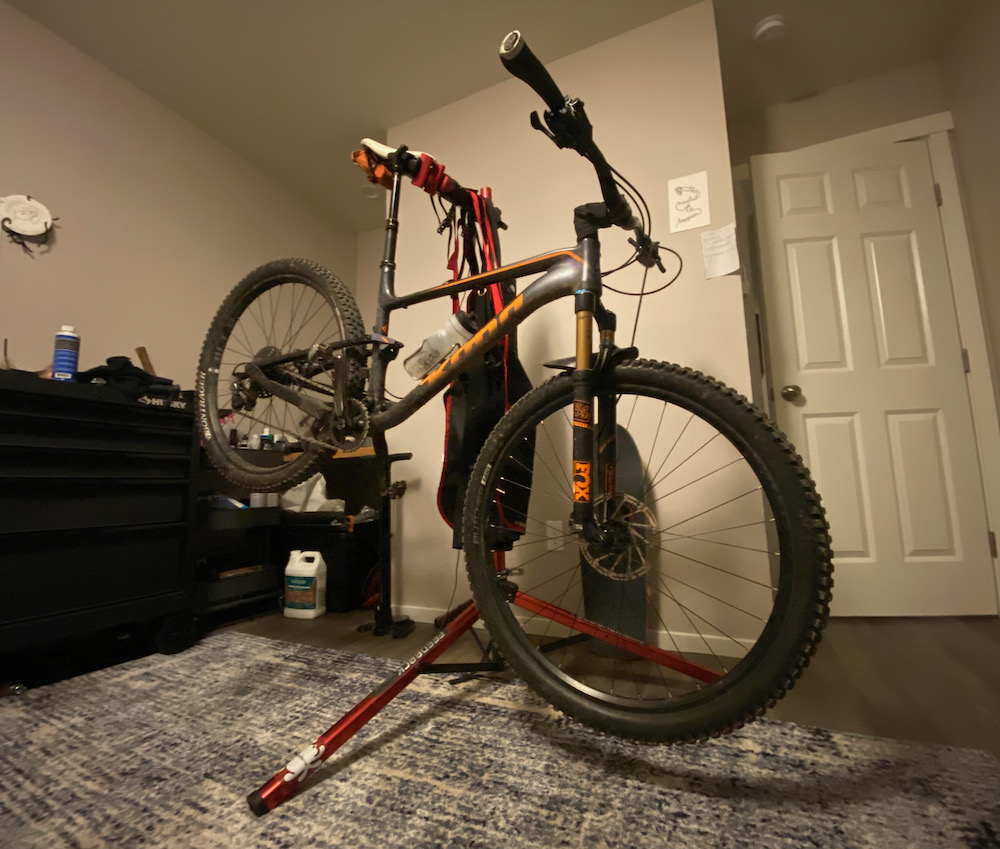 I love this bike dearly, and in our years together, have abused the absolute shit out of it.

I bring this up today in order to mention as companies are snapped up by larger conglomerates, with the recent acquisition by Kent Outdoors, the much beloved Kona Bikes is one of the final dominos to fall.

Not three days days before this announcement was made to Kona employees, I was having dinner with a person in the company’s employ, and we were JUST discussing how a number of the big players in the mountain bike game (Trek, Giant, and Specialized excluded I suppose) are owned by parent companies, and Kona was one of the holdouts. That is of course until 72 hours later and the needle when flying off the record.

Because I adore my friends who work there, and have a deep affinity for the bikes they make, I wish them my very best, and hope they’re not soon overrun by kooks in suits;

Finally, it occurred to me a couple of weeks ago that for like, four consecutive weeks, a new episode of Revolting has landed shortly after I published a new post. Last night however, I texted Robot and asked if we could get lucky number twenty-four out for the great, unwashed masses today-like, and he said yes.

So, without further adü, drink it up, drinkie; 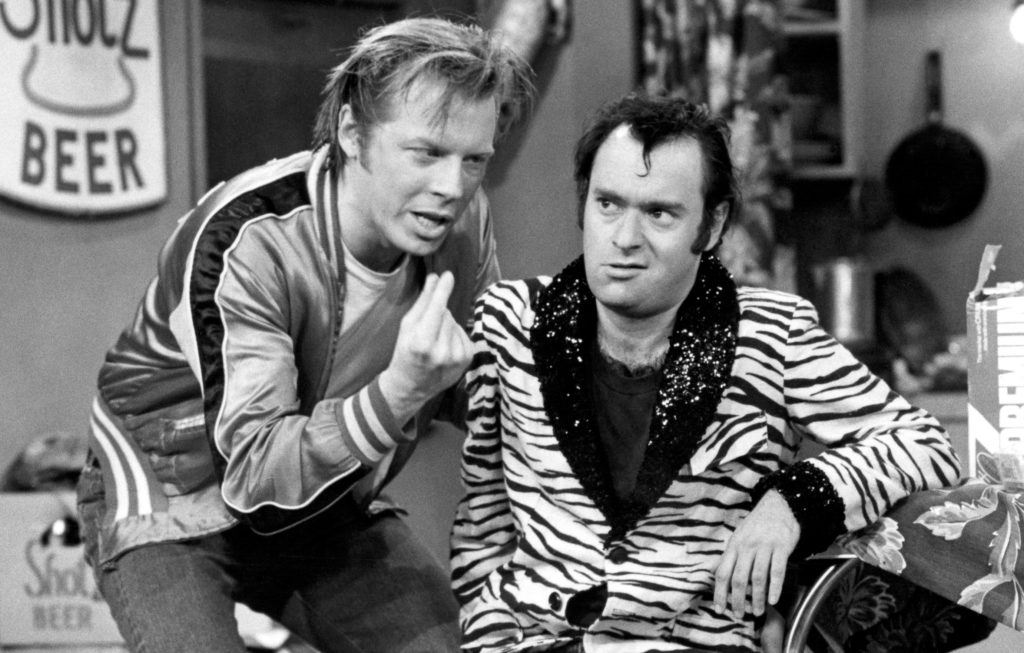 Time might be a flat circle, but listening to two middle aged ne’er-do-wells drone on endlessly about nothing will assuredly extend it well beyond reason.

2 Responses to “Time is a flat circle.”