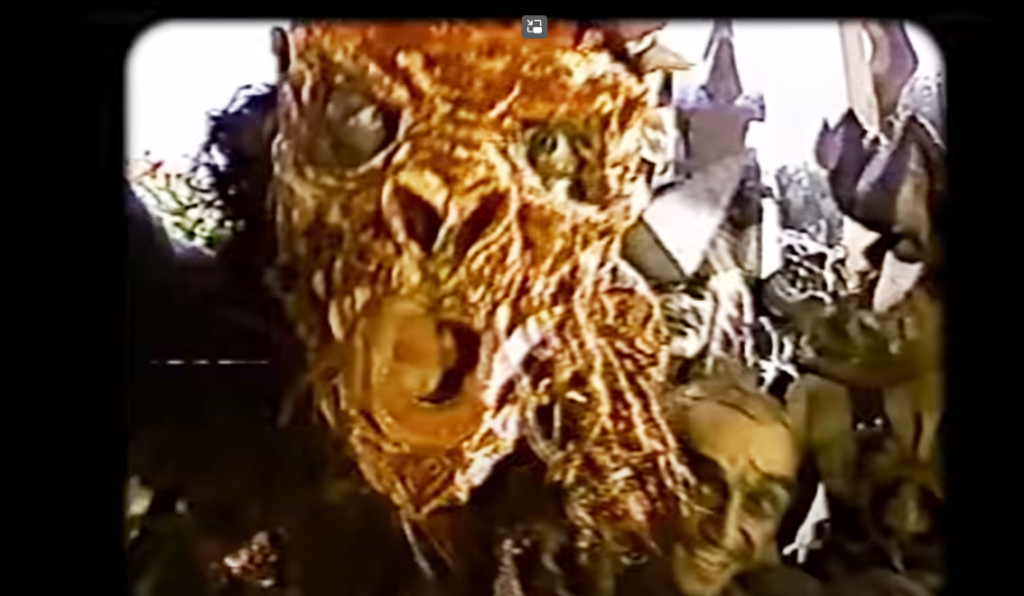 My relationship with Stevil is really about swapping stories, and going back 10 or 15 years, it might have started with a story I sent him about the night my friends and I saw Gwar at the old Avalon room in Boston, across from Fenway Park. Landsdowne Street could be a real chaos of humans on a weekend night, baseball fans spilling out into the road mixing with metalheads and weirdos lined up for the bars across the way. It was also, unbeknownst to us, a hot spot for car thieves.

Gwar’s Scumdogs of the Universe was in heavy rotation in our dorm room at the time. I don’t know why. Gwar’s music is kind of garden variety speed metal, but obviously the live show and attendant chaos were a big draw for us. We went to the gig wearing white t-shirts, because we knew we’d be splattered with fake blood.

I don’t know, it seemed like the obvious thing to do.

Anyway, the nonsense we expected was the nonsense we got, and after 90 minutes of ear-pummeling, blood spraying fun, we stumbled back out into the street to rejoin the real world. Our shirts were stained red, and our hair was sticky with the mess. People were everywhere, and our ears were ringing. This was before anyone thought it was a good idea to wear ear plugs. So we’re sort of careening around this crowd trying to find my friend Dave’s car, when we arrive at our parking spot. In the spot, is a Toyota Corolla, or a Honda whatever. I don’t reallly remember, and the salient point here is that it was not Dave’s car.

Dave’s car was a Buick Grand National. I’m not a car guy, but in 1991 the Grand National was, I think, the fastest production car made in the US. Faster than the Corvette and whatever else was fast then. It looked like a Monte Carlo, but it drove like a stock car, a suburban funny car, a heavy, American muscle car. And apparently it was highly desirable.

We stood there for a few minutes coming to terms with the reality of the situation. I said, “If we go straight to the police station, the liquor stores will be closed when we get done.” That wasn’t the coolest or most popular thing I ever said.

We started walking. The main cop shop in Boston used to be on Berkeley Street, so only about a mile away.

By the time we burst through the doors of the police station into a pretty harsh, neon light, we’d forgotten what we looked like. All of a sudden, cops were springing up from behind their desks. “Are you guys, ok?!?! What happened?!?!” So that was a moment.

This is the best and only prank I’ve ever inadvertently pulled on the cops.

July 24th the documentary This is Gwar comes out. Read about it here, including the band’s real-life encounter with Judge Dick Boner, or just watch this trailer.

This Is GWAR – Official Trailer [HD] | A Shudder Exclusive – YouTube