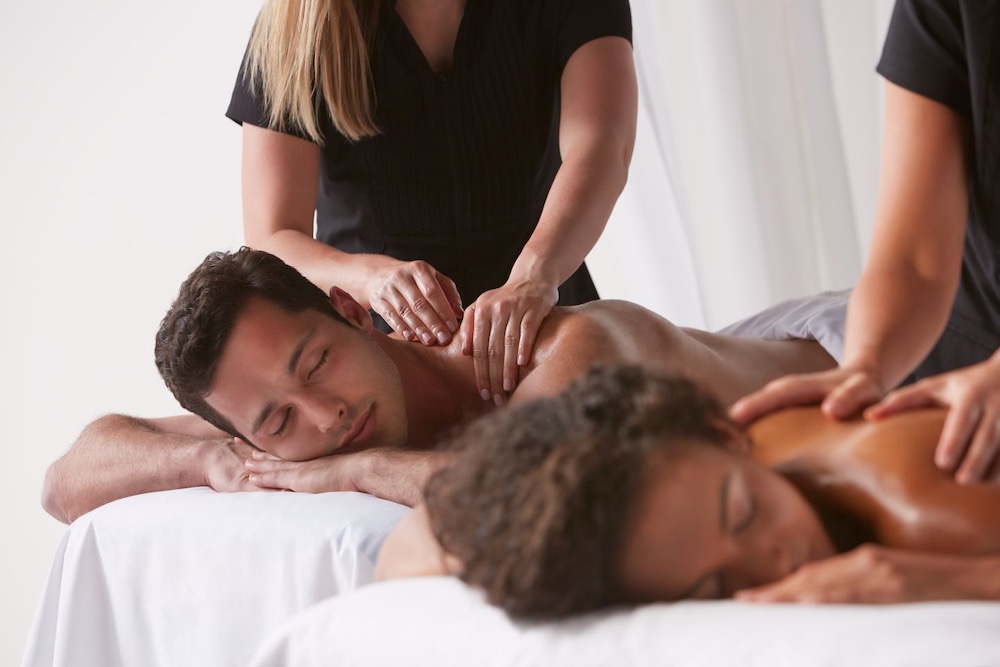 As disaster looms around every corner, I hope today’s missive finds you well. I don’t really have any specific junk to get into today, so I’m just gonna patchwork it out.

So before we get into anything, have yinzers yet watched the new Leo Baker doc?;

It occurred to me after the fact that (though I don’t know Leo, but we have a number of mutual friends) just how overwhelmingly huge this is. I just sit in my little corner, and have a random array of homies, and we do our stuff, and I don’t see beyond any of that, but this is literally being seen, and absorbed by tens of millions of people all over the world.

That’s so exciting, and definitely an overwhelming realization to have while in the middle of a bowl of granola.

I can’t imagine what it must be like to be him.

I’m very happy for Leo, and I wish Glue Skateboards all of my very best wishes for luck.

I would also like to to note that I even though I was peripherally aware for some of the bullet points of the depicted story, I had no idea his dad was the short blonde guitarist in what was arguably the very worst iteration of TSOL; 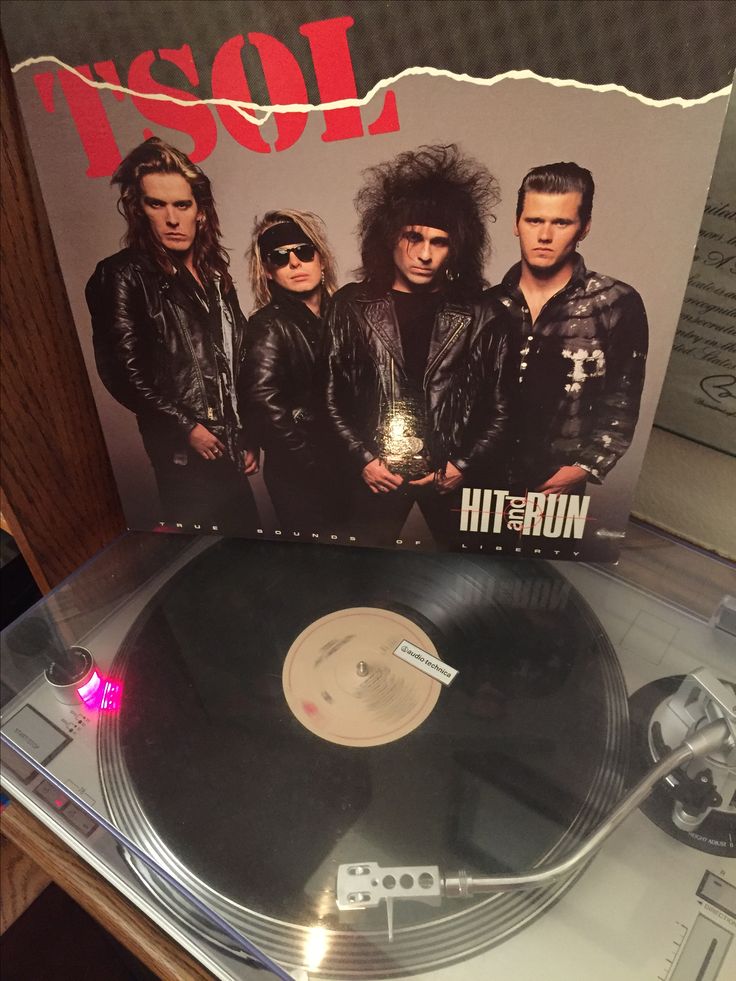 And speaking of the magic of skateboarding, I got a request a few weeks ago from Tom, asking if I wouldn’t mind donation a few AHTBM decks for a trip he was taking to visit the Uganda Skateboard Society. I fired a few planks off to Minneapolis, and just asked he hit me with a few photos if he thought of it. I’d be lying if I said I wasn’t quite grasping the scope of his trip until the photos arrived, along with an email that read like so;

Stevil,
Sorry I didn’t get this off sooner. We had some troubles leaving Kenya before the election.

Uganda Skateboard Society is a non profit organization which uses skateboarding as a tool to empower youth and kids in Uganda. It was founded in 2011 by Gerald Gose, a Ugandan based local skater and is based in Mukono Uganda.

Their objectives are to promote and grow skateboarding for the local youth. USS works with donations to build and maintain a skatepark they are currently using on a Catholic school grounds. All donations are then used to buy boards, shoes, etc and to repair the concrete on the current park; 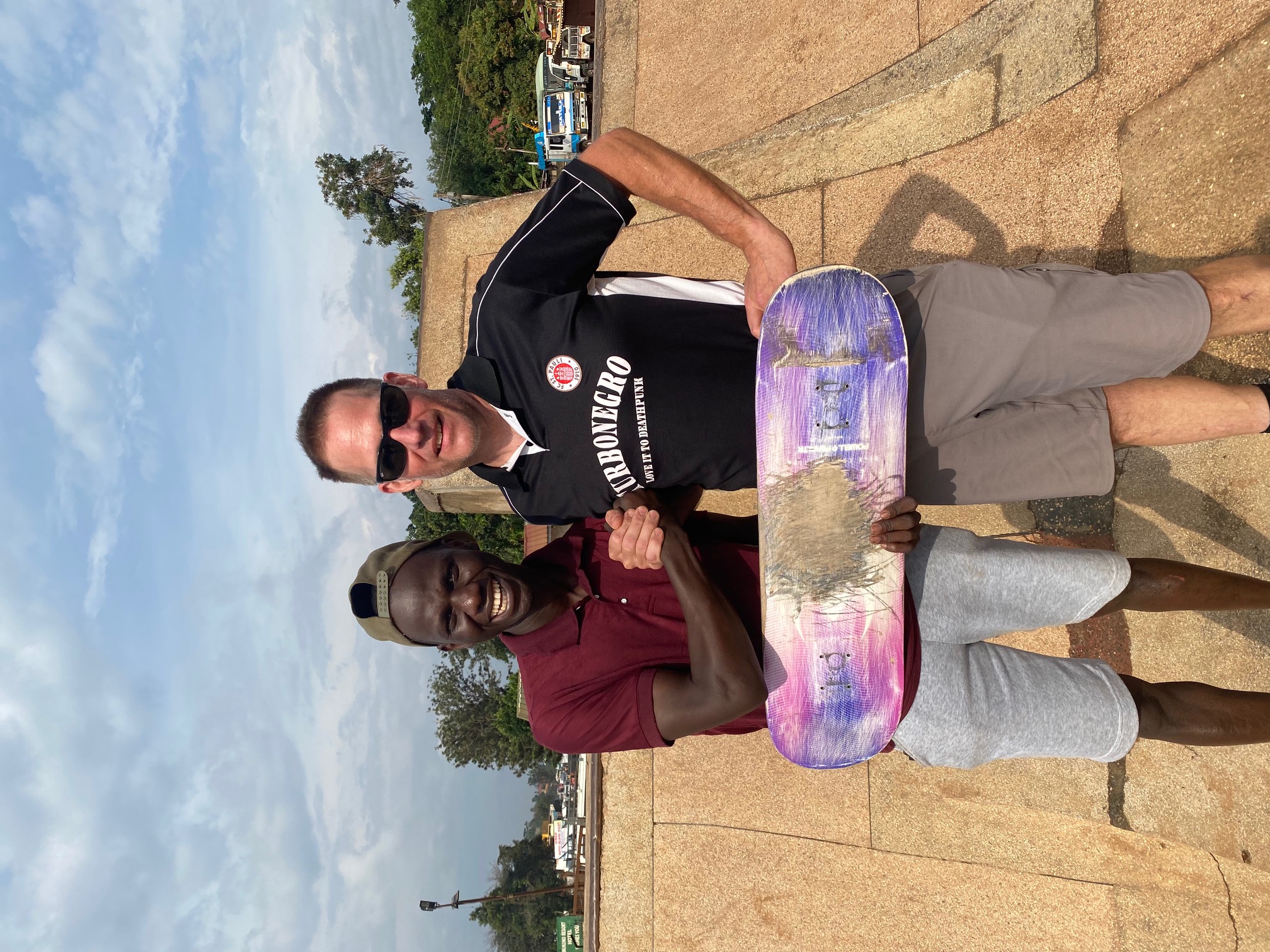 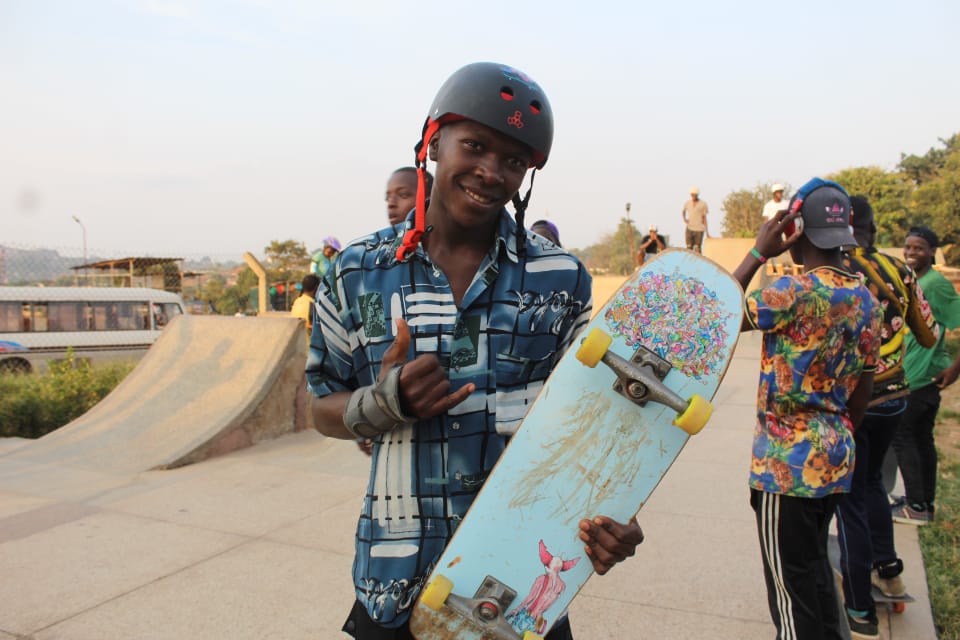 These opportunities keep kids interested in the community of skateboarding and deter them from many of the bad opportunities that come with severe poverty.

Gerald goes to the park 7 days a week after work and on average has 100-200 people show up to show their skills and learn new tricks.

Can’t thank you enough Stevil! These kids were so incredibly happy and grateful.
Tom Hudson

I’m gobsmacked. Really- Take some time and look through their IG feed. It’s a powerful reminder that skateboarding really is a universal language.

Moving onto other items- Paul from Atomic Cycles has got a party cooking that if you reside in the southern part of California you might take a shine in; 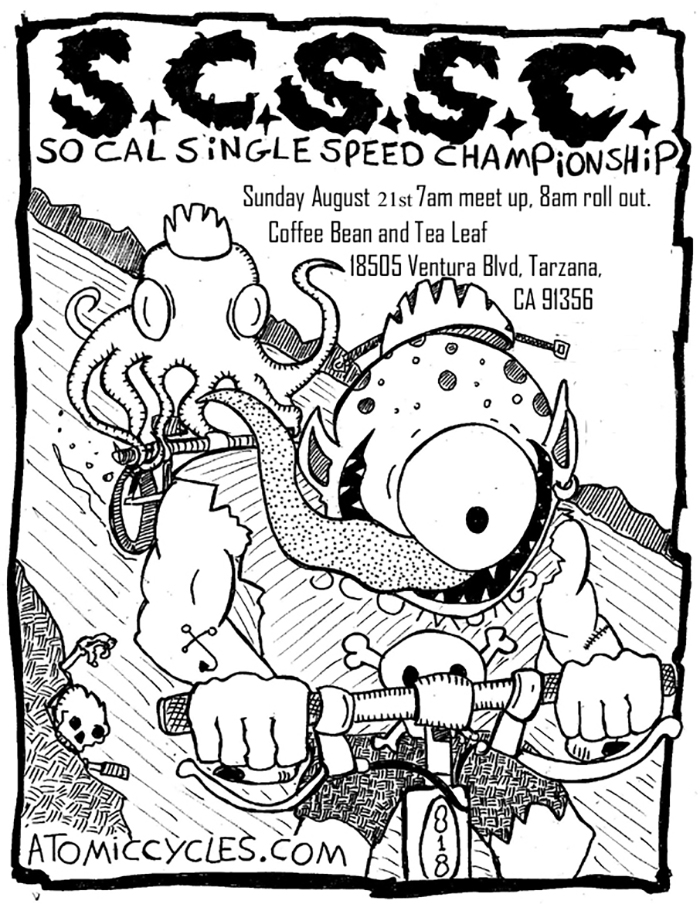 Remember single speed mountain bikes? Boy, I think I do.

You should go there, and punish your knees in my absence.

Traveling all the way back up the west coast, I have something cooking tonight at the world famous Cabin Tavern that folks might be interested in; 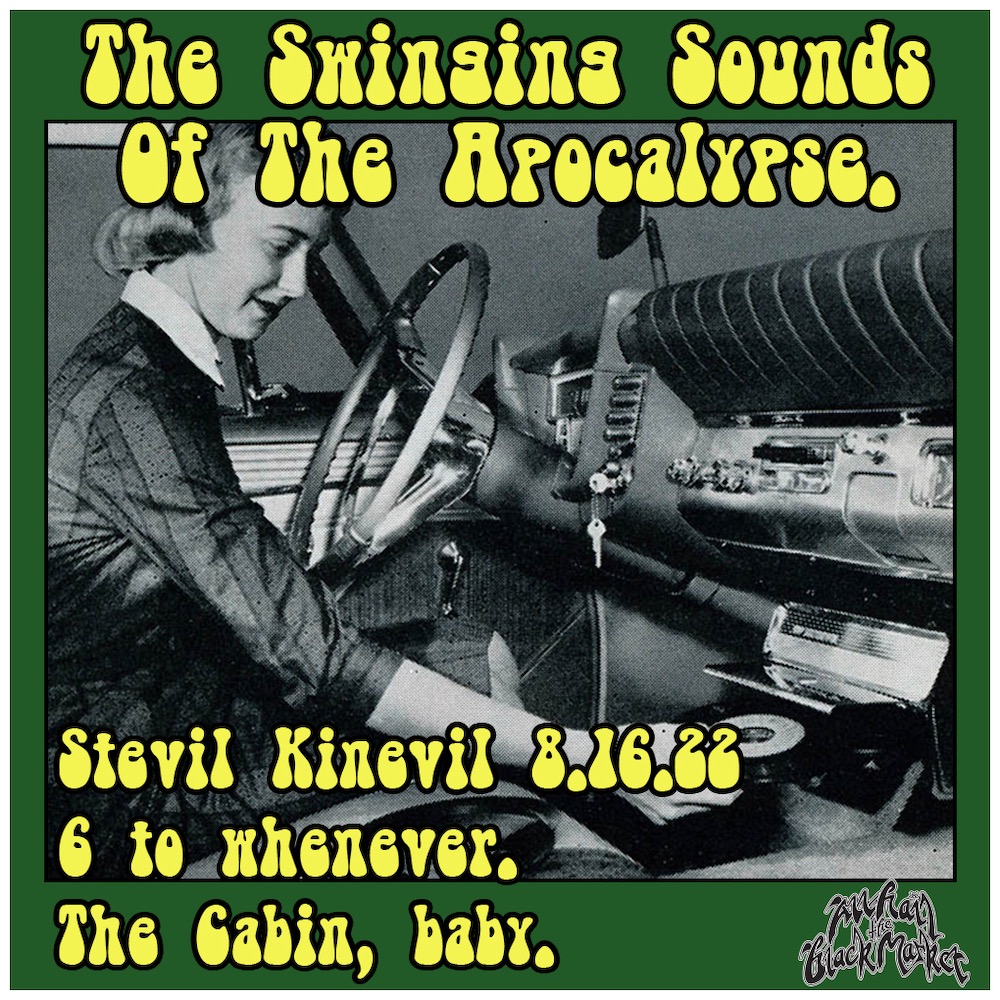 If you don’t like delicious tacos, refreshing cocktails, and music that you’ll likely tap your toe so hard to that you might be at risk of breaking it, then you should stay home.

The first time I spun records there I did a whole set of 7″ records, then the second one I did LPs, and this, my third effort will be a mix of both. I certainly enjoy my taste in music, and I hope that one or two others might as well.

Now having handled all of that, maybe we’d like to close out with further distraction, and the the brand newest episode of Revolting; 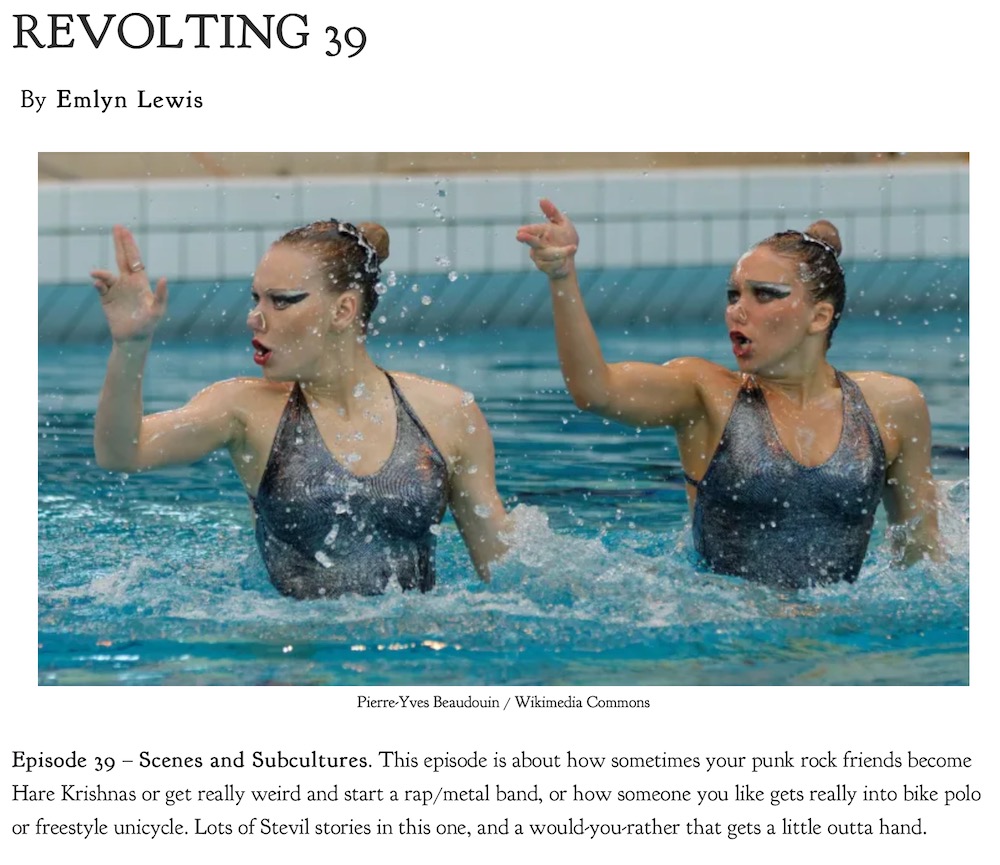 Well, either way, I have it here for you now, and I hope you like it.

For the sake of full disclosure, this was a second attempt discussing the same topic, but due to a technical snafu during our initial attempt, it got lost with the sands of time. I believe we touched on all of the previously discussed points but at this point, who really can remember? I mean, it’s not like you have anything better to do with your next hour anyway.

Worst case, listen to it with someone you love, and think of it as a couples massage for your ears.