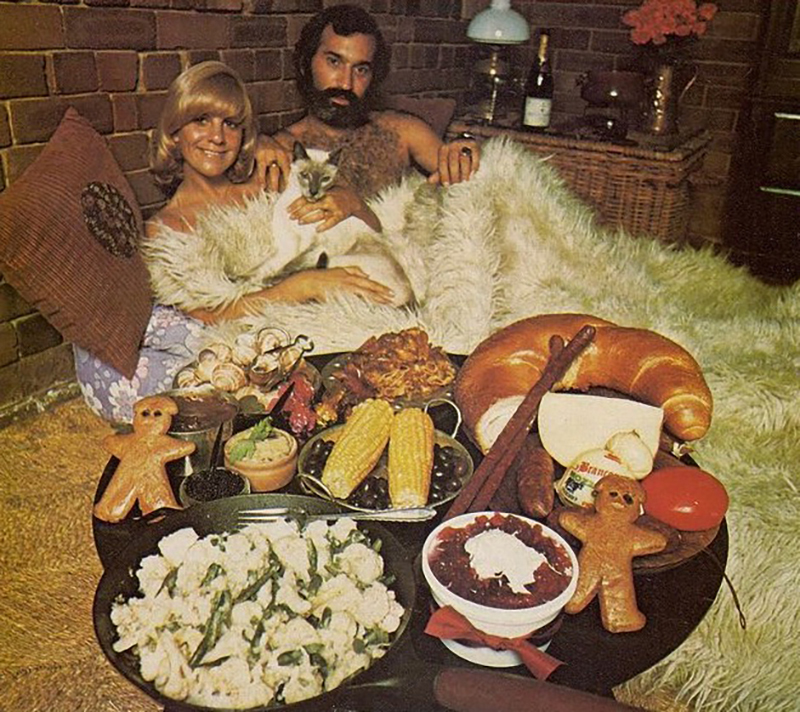 For those of you who are unaware, tomorrow (that’s Wednesday the 16th if you’re like me and don’t care what the day, date, or month is) is the first annual International Pineapple Bob Day; 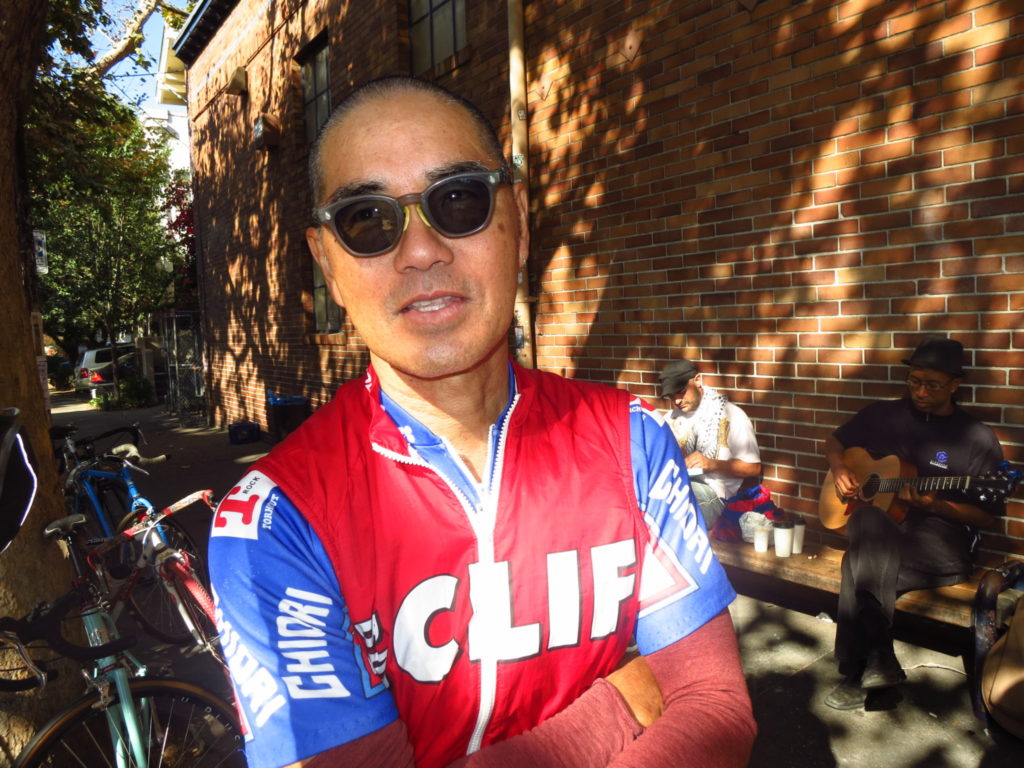 I can’t imagine folks don’t know who Bob is, but I wrote about him last year here, and a couple years before that here.

Or you could do a deep dive and go here, and here.

Or you could just take my word for it, and know that he unwittingly was responsible for making cyclocross cool, and that he lives an unapologetic life as a bike rider, and an art maker, and an all around inspired monk because that’s just how he’s built, and I’m endlessly proud to be his friend.

Anyway, last December I started a painting of him, and worked on it briefly on the 28th of that month, which is how it’s sat ever since; 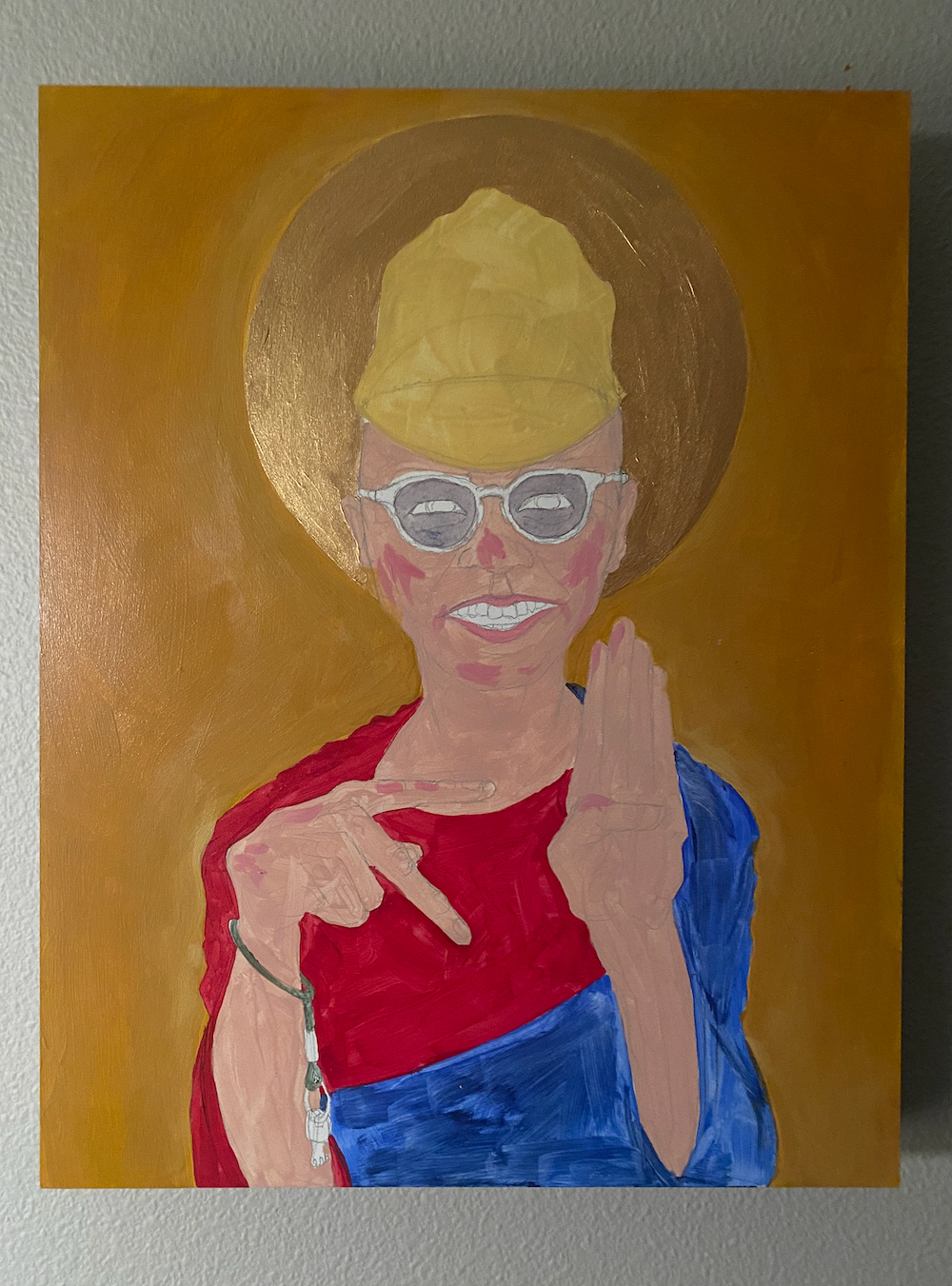 Though with his day quickly approaching, I pulled it out again, and put the final bit of stink on it for the grand unveil; 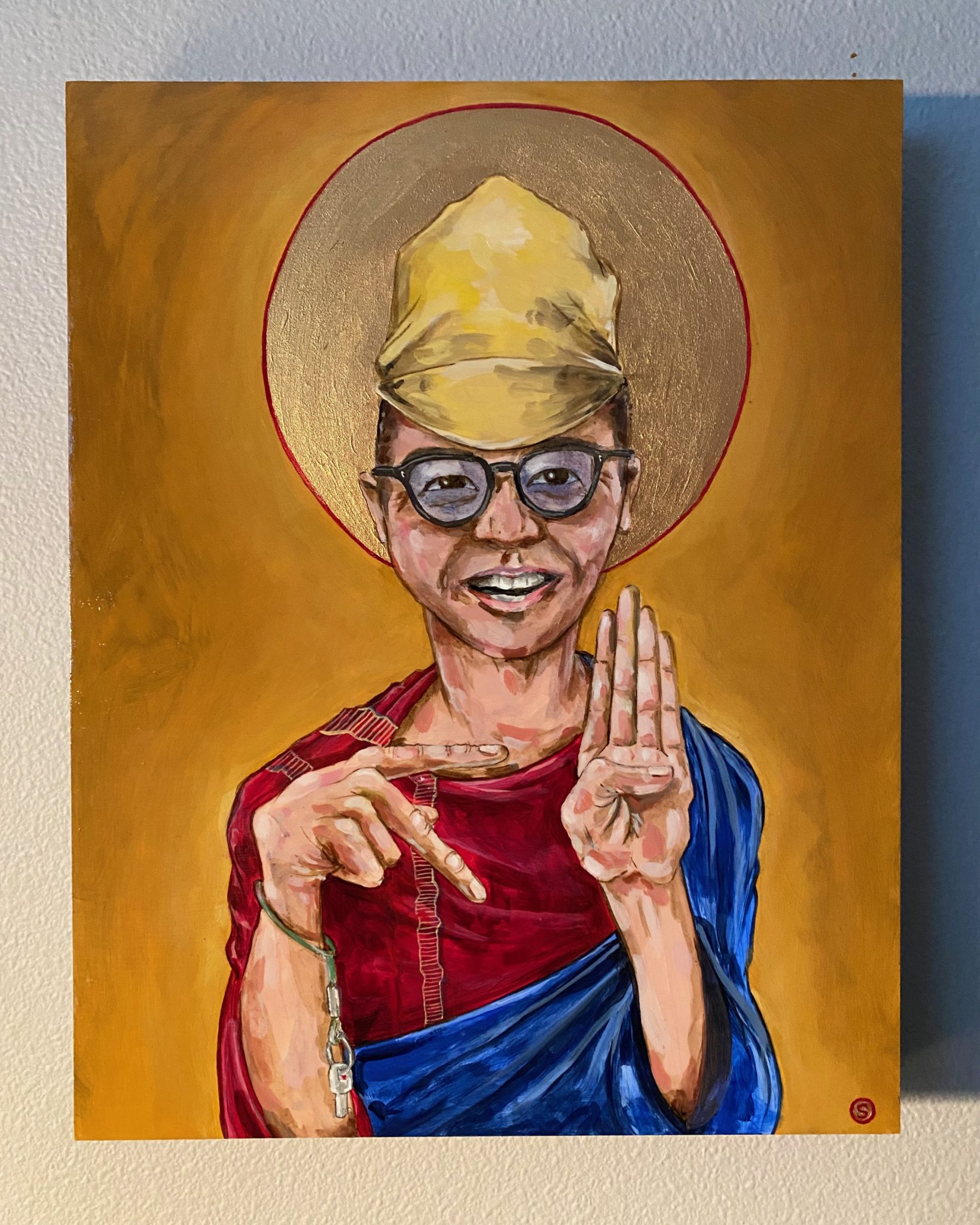 I’ve told the story before, but after running into Bob a few years ago, he began discussing the boredom he felt with the standard array of East Bay road rides, and that his favorite thing to do at that time was to go to the sandy beach at a nearby lake and ride figure 8s in the morning. The joy he exuded when discussing how cool he thought the sand looked coming up off of his tires was infectious. He’s a master of seeing beauty in the seemingly banal, and lives his life by a very simple and very special set of guidelines. I love Bob, and am hugely inspired by his spirit, so with this in mind, maybe take yourself on a bike ride tomorrow, and study life between the lines. Make a piece of art, or write a poem on a postcard, and send it off to a friend. Honor Bob, and do like he does for a day. Who knows? It might just become habit.

Ironically, (or not), as I was assembling today’s array of words, I came across this photo of GenO (who’s long since credited the aforementioned Bob for teaching him how to race cyclocross) looking like he’s fixing to eat cycling great Greg Lemond at a long since passed running of a Chequamagon race; 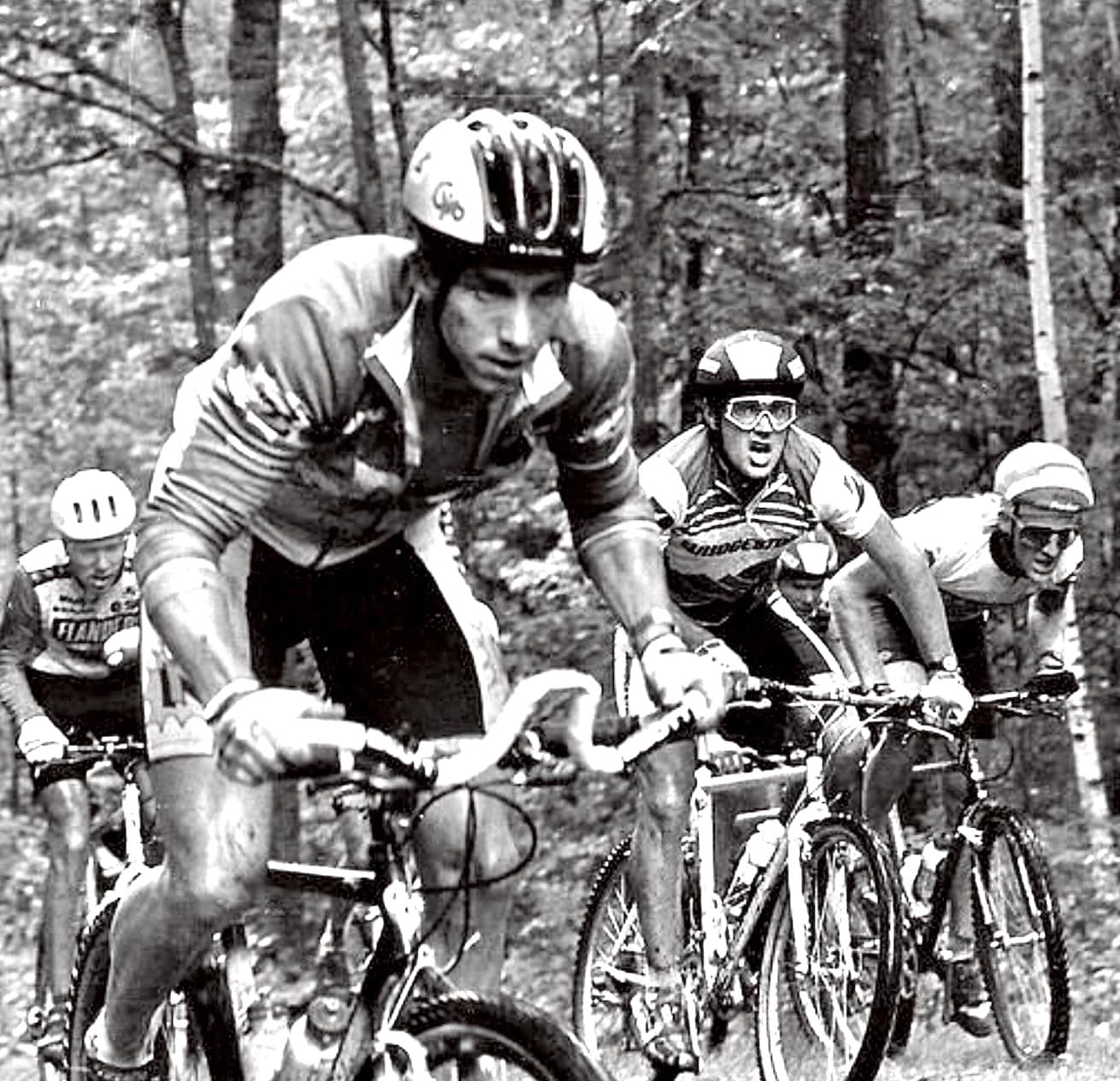 As long as were on the topic of legends, a few weeks ago I was monkeying around on the internet and came across a few pages of Jen Zen’s tour diary from the ’93 CMWC. At this particular point in history, I myself wasn’t yet a messenger for another three years, so this was a pretty fun glimpse into the scene well before I came along; 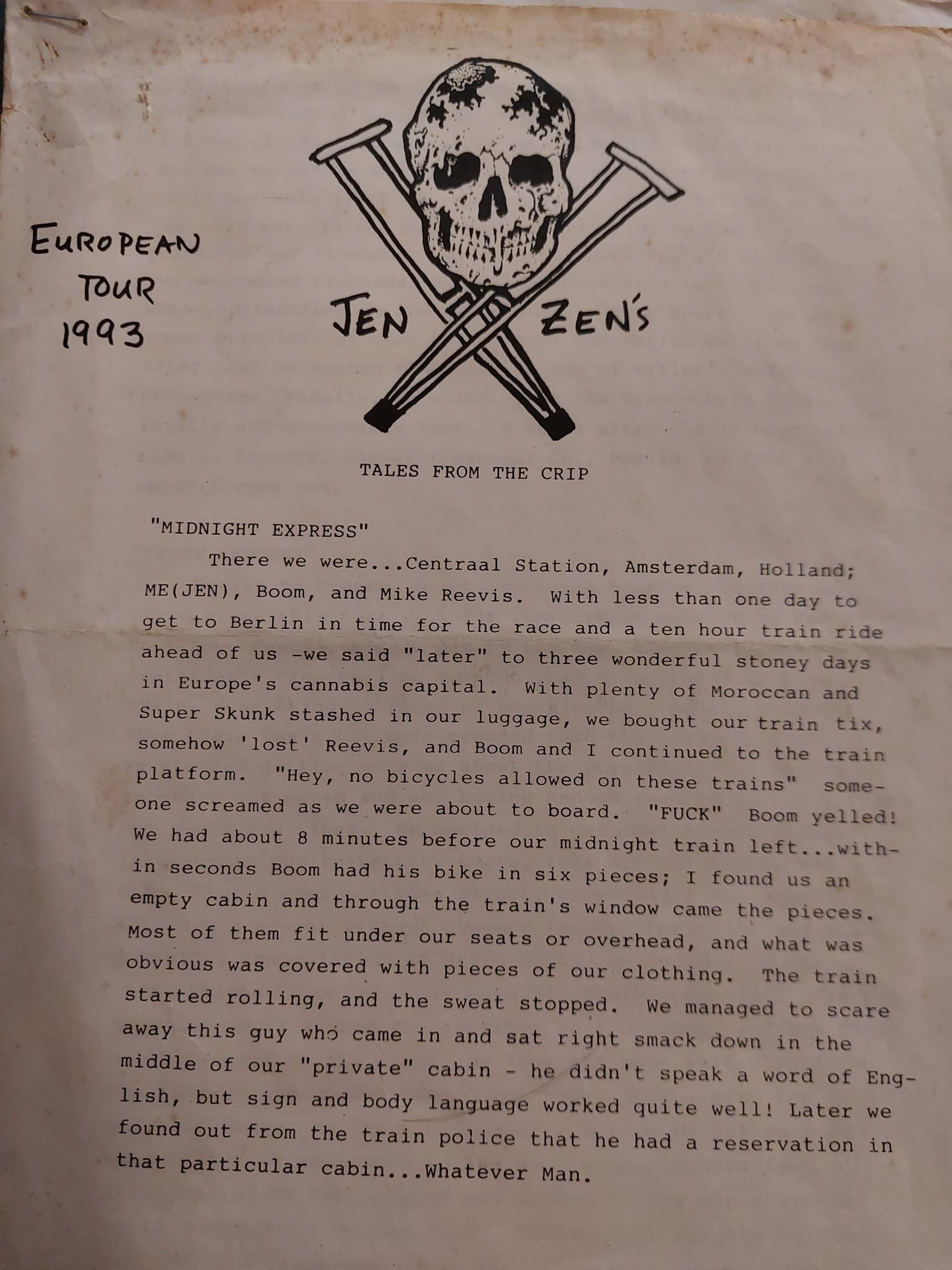 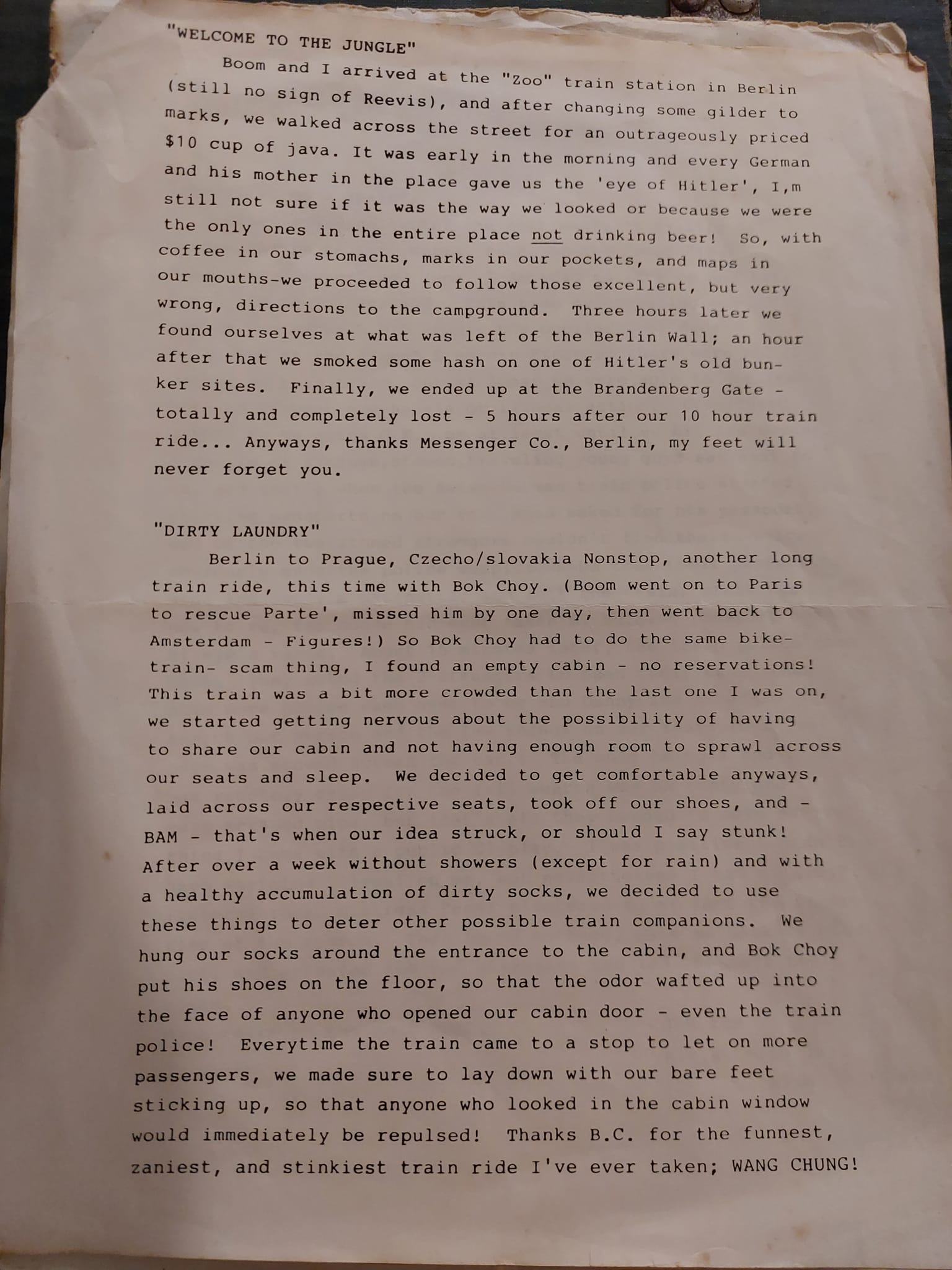 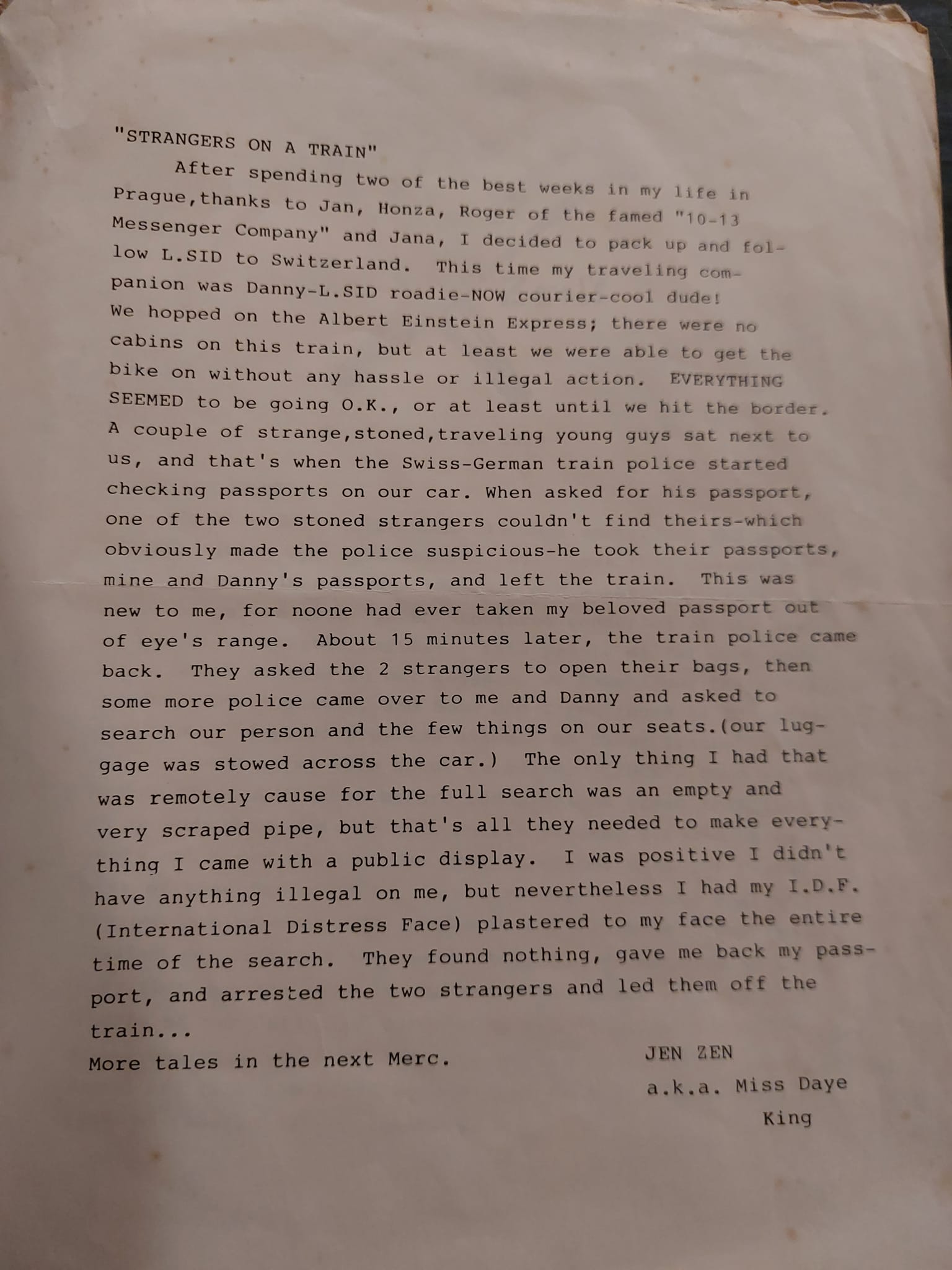 As fun a read as that was, I can’t help but think that Jackass owes Jen some royalties.

Speaking of how things used to be cool, here’s some photographic proof from Ashley; I hate longingly saying ‘ahhhh, things were simpler then‘, but it kinda feels like they were, though if I were a betting man I’d say that the fella on the left drew the short straw when it came to bike picks.

Moving along, and to close today’s effort out, I would like to turn your attention to the very newest episode of Revolting; 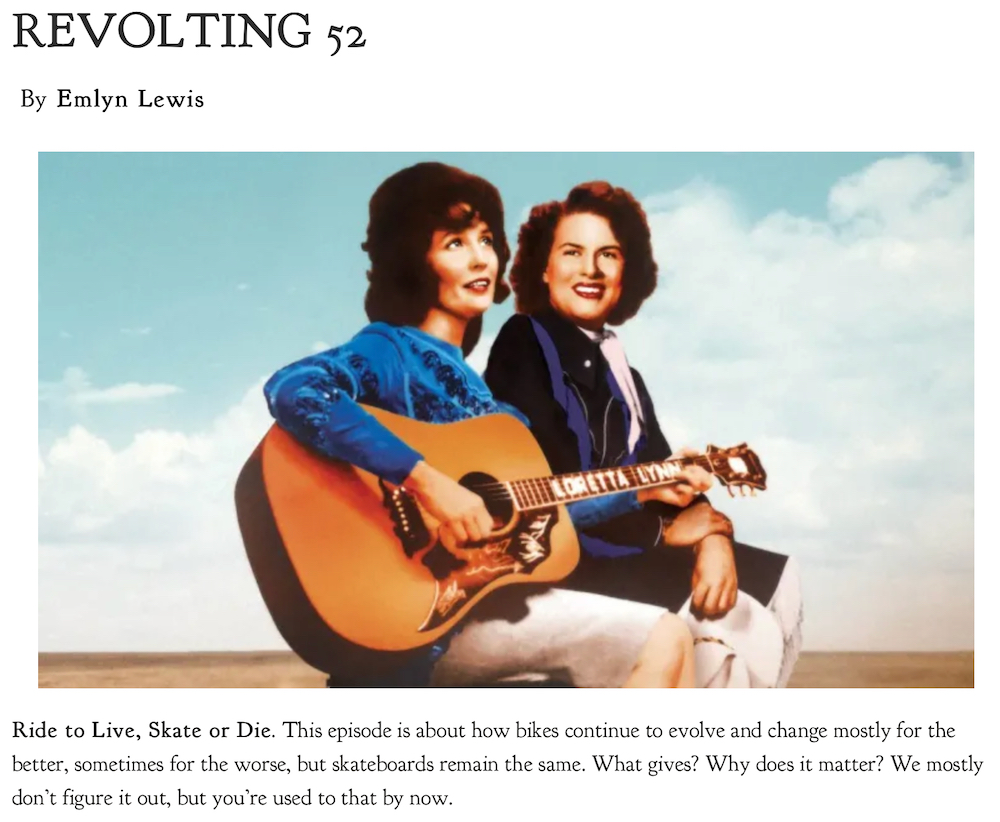 I’ve listened to it, and I will say with sincerity that it mostly doesn’t suck.

And if you’d like a direct link to my this-week’s music pick of the week, here you go. It’s a delight.

Maybe grab your cat, your lover, and a bunch of off-colored food and enjoy it together. One Response to “Just an average day in paradise.”