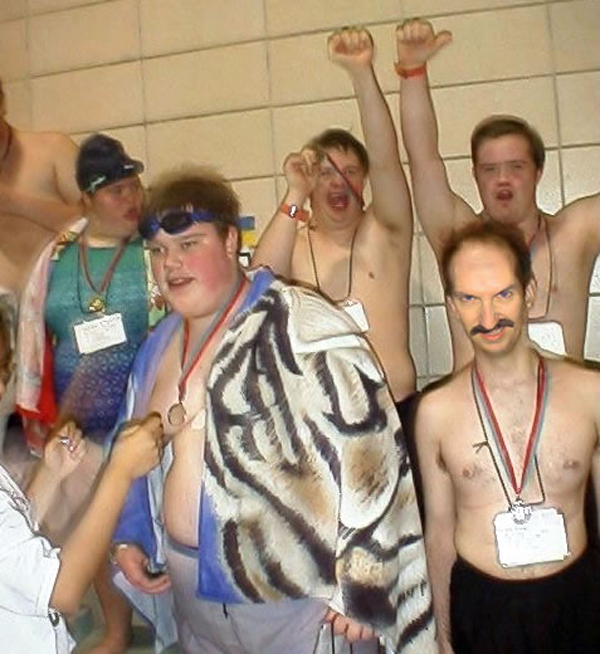 And like any party, sometimes the guests overstay their welcome, which is exactly what I plan to do.
We’ve got a long one here for you, so might I recommend you get your coffee, and make yourselves comfortable?
Sit tight kids.. You can get back to saving the world in a minute.

In a recent email from Uma, the heart string puller was withdrawn from it’s sheath and given a hearty workout;

“This letter was sent to the Lions Bay School Principal’s office after the school had sponsored a luncheon for seniors.
An elderly lady received a new radio at the lunch as a door prize and was writing to say thank you.
This story is a credit to all humankind. Forward to anyone you know who might need a lift today. 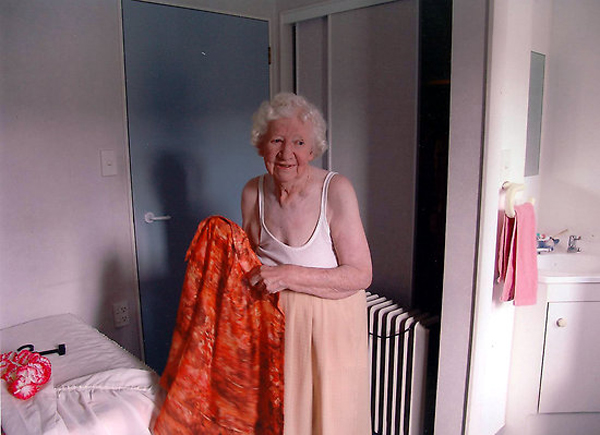 “Dear Lions Bay School,
God bless you for the beautiful radio I won at your recent Senior Citizens luncheon.
I am 84 years old and live at the West Vancouver Home for the Aged.
All of my family has passed away, and I am all alone, and I want to thank you for the kindness shown to a forgotten old lady.
My roommate is 95 and has always had her own radio, but before I received one, she would never let me listen to hers, even when she was napping.
The other day her radio fell off the nightstand and broke into a lot of pieces. It was awful and she was in tears. She asked if she could listen to mine, and I told her to fuck off.
Thank you for that opportunity.
Sincerely,
Edna”

It’s the feel good hit of the year.

You know, I feel pretty damn lucky that despite my absence in the world of the web, I still have been able to maintain contact with a good number of the folks that I developed friendships with these last few years. Case in point? The one and only Bike Snob with a short and sweet notification and spy shot proving that the sun is still shining on the Right Coast; 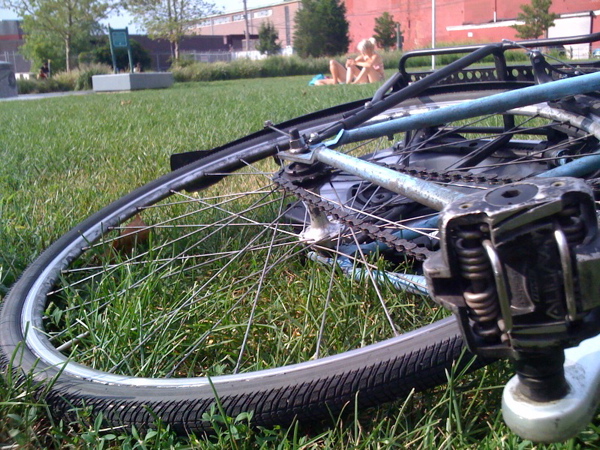 He’s a good cat, The Snob is, and as the sun sets on his current full time position as a consultant for the Bring It On series, I wish him the best of luck in all of his future endeavors.

In news of the world, Ray sent me this, and to that all I gotta say is damn; 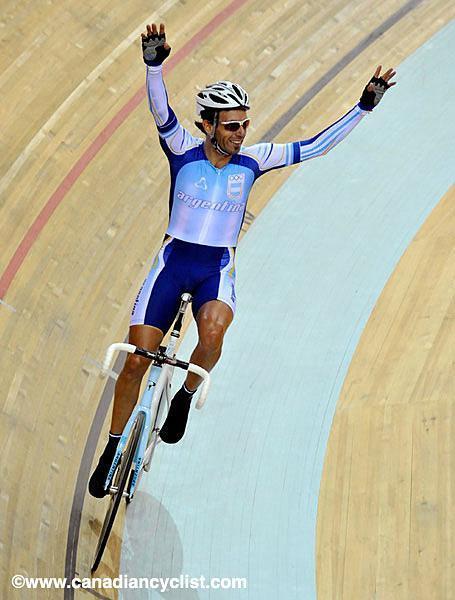 I’ll count my lucky stars when next on the road.

If you have traveled through my previous virtual domain at any point, you probably know that I have an uncanny magnetism for people’s unwanted possessions. I have too many of my own, let alone those that for some reason folks feel the need to send to me.

An excellent case in point was a recent care package I got from The Scout Master. I now present to you what arrived on my doorstep one warm, late summer day;
1) 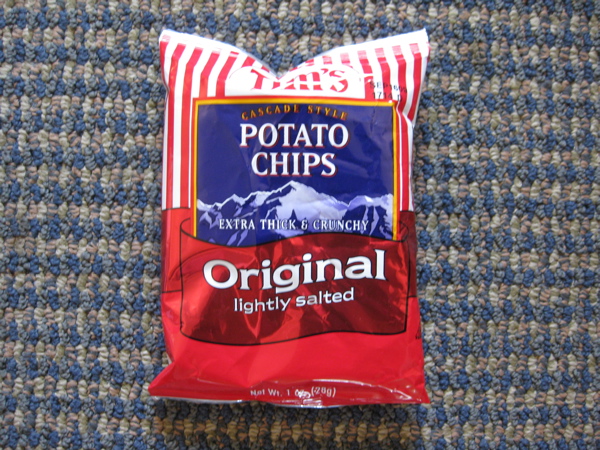 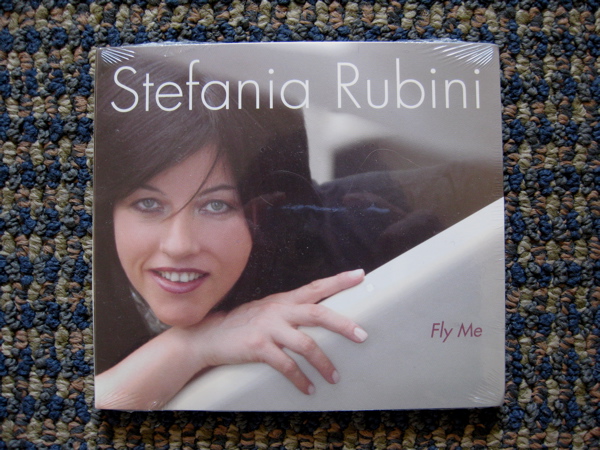 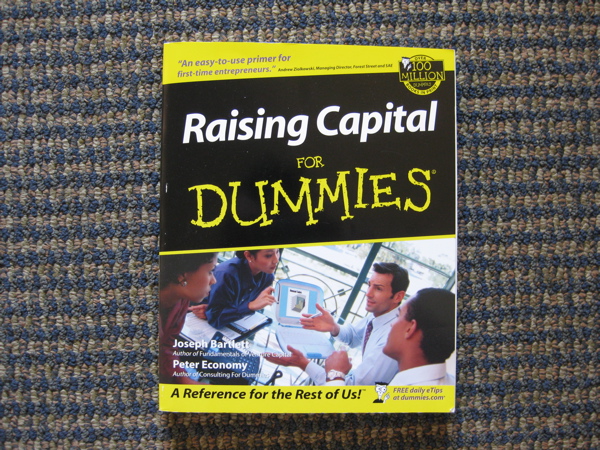 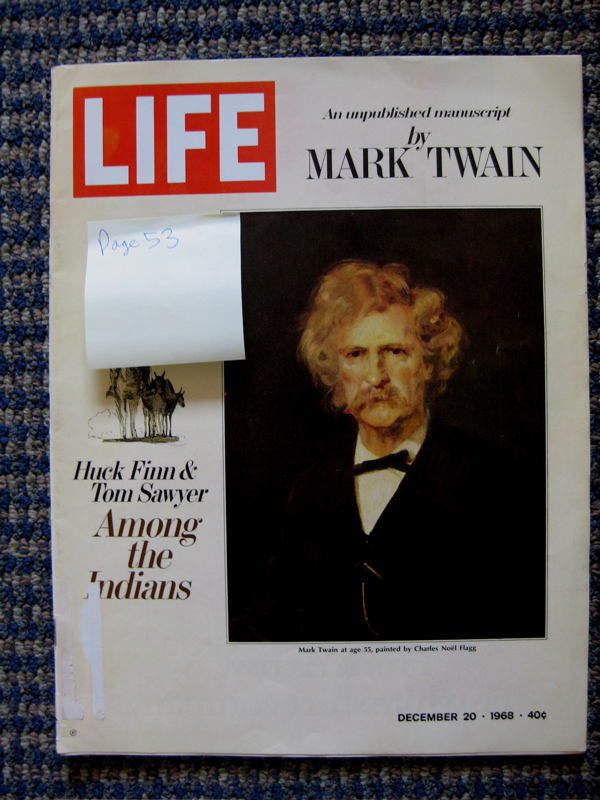 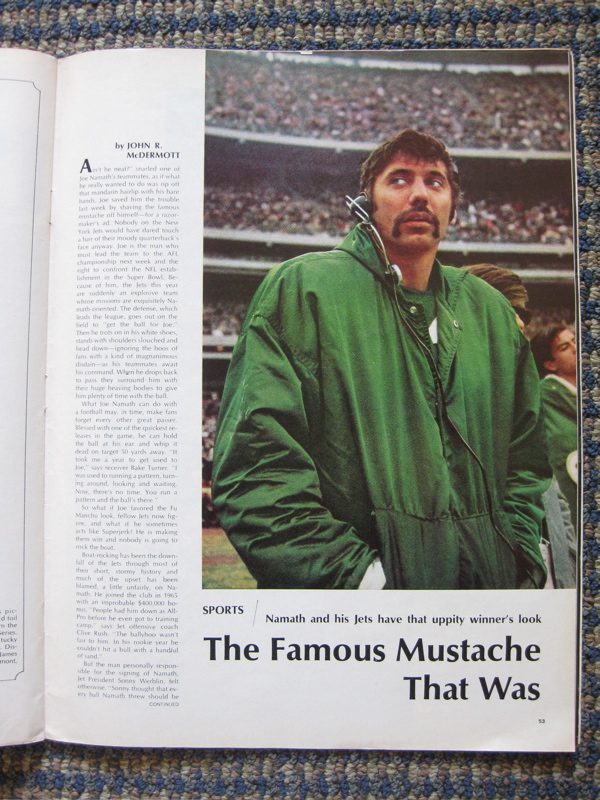 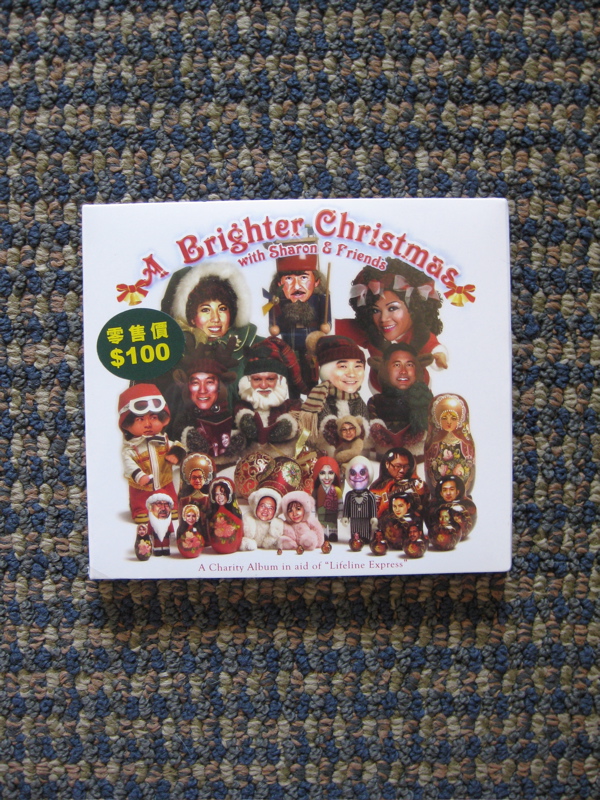 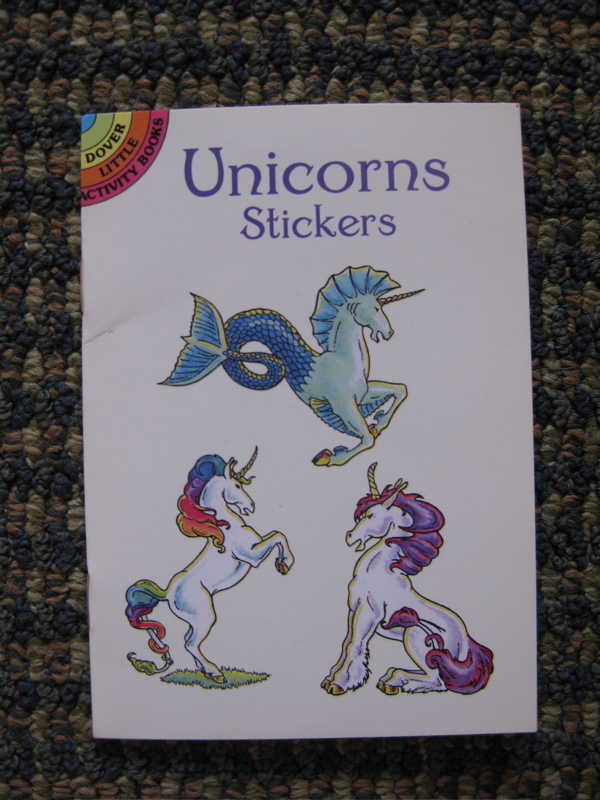 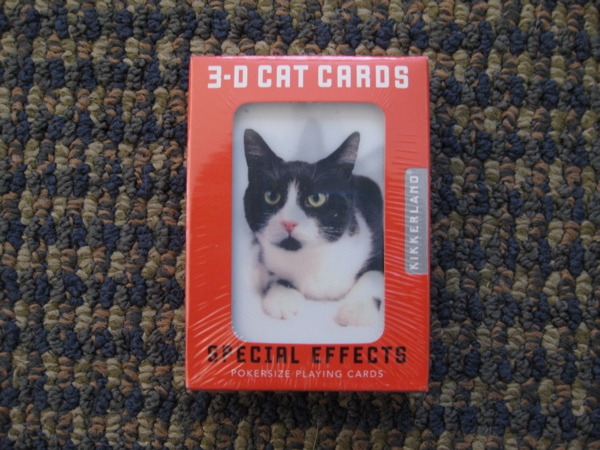 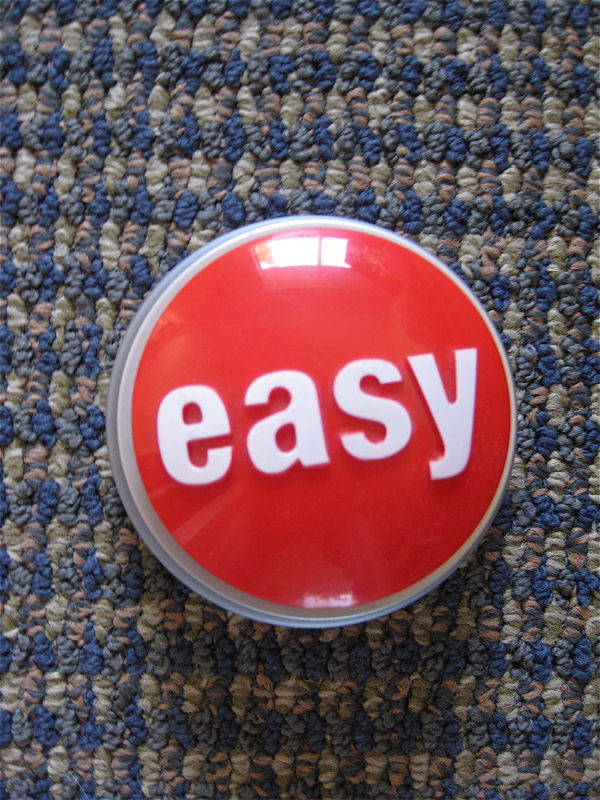 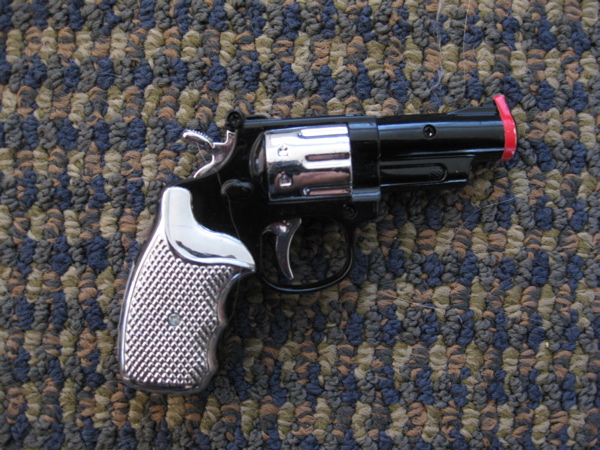 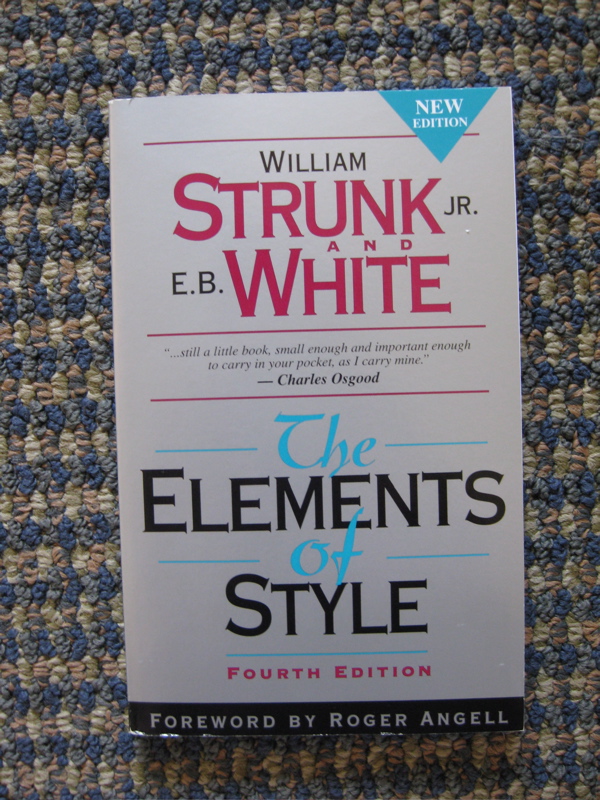 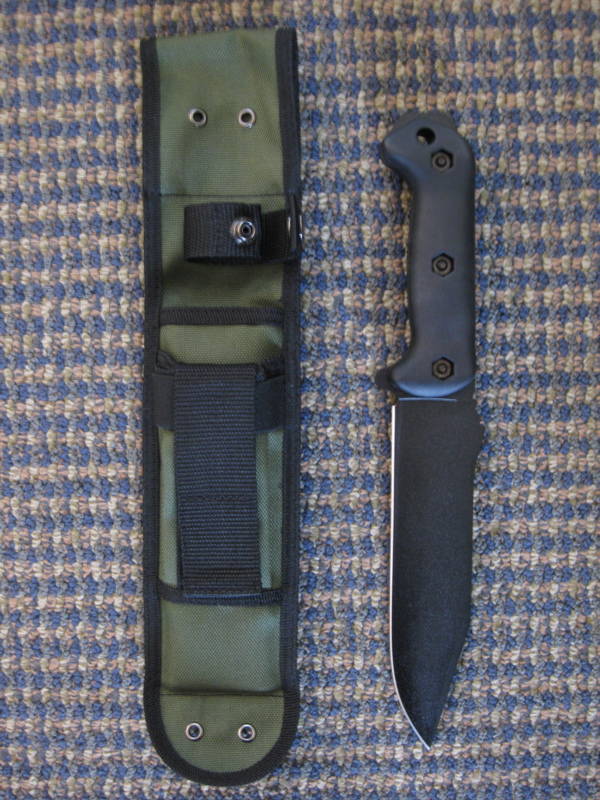 That’ll teach me to give folks my address.
The other day as I was buried underneath an extraordinary workload in the AHTBM office, I began thinking about stuff. Some of the stuff that I was thinking about was the standard fare, like Kinder Eggs, and the upcoming Interbike show, but there were other lingering thoughts. Like the impending production of AHTBM t-shirts, cycling caps, and that I would very much like to finally make a kit.

I am blessed to be surrounded by an array of profoundly gifted individuals when it comes to pulling off such a stunt, so as the time goes by, and of course depending on how the finances pan out, this is my next goal.
Now back when I was spending a ridiculous amount of time lined up at bike races next to my orange jump suited brethren, the dream I dared to dream was a flesh colored skin suit covered in horrific ‘blue spaghetti’ prison tattoos, complete with the perfectly shaded orbs of the butt cheeks, overgrown pubic hair and disfigured genitalia, ala GG Allin; 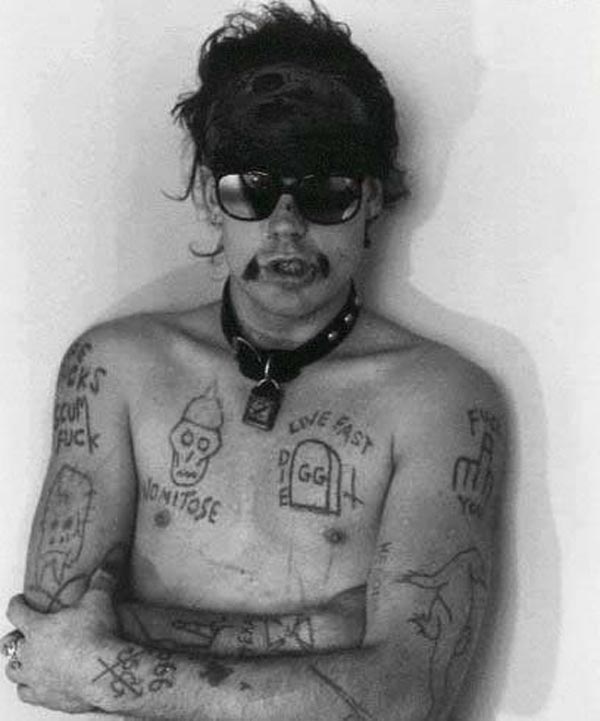 And depending on who wanted one, I could get them made specifically per gender, of course.
But like many of my dreams, it has long sat on the back burner, and most likely will continue to do so until I find myself with a few hundred dollars to burn. Until then, a real-deal kit, with real-deal sponsors, and real-deal spanky graphics is what’s next in the queue.

Can I get an amen?

Like Frank says- “seriously.. I just need to buck up.”

No doubt. Daniel just kinda puts it all into perspective.

The kids in the capital of Silicon Valley (that’s silicon as in computer silicon, not silicon as in San Fernando Valley silicon, by the way) have got their fingers in all kinds of pies, and have been throwing down like bananas; 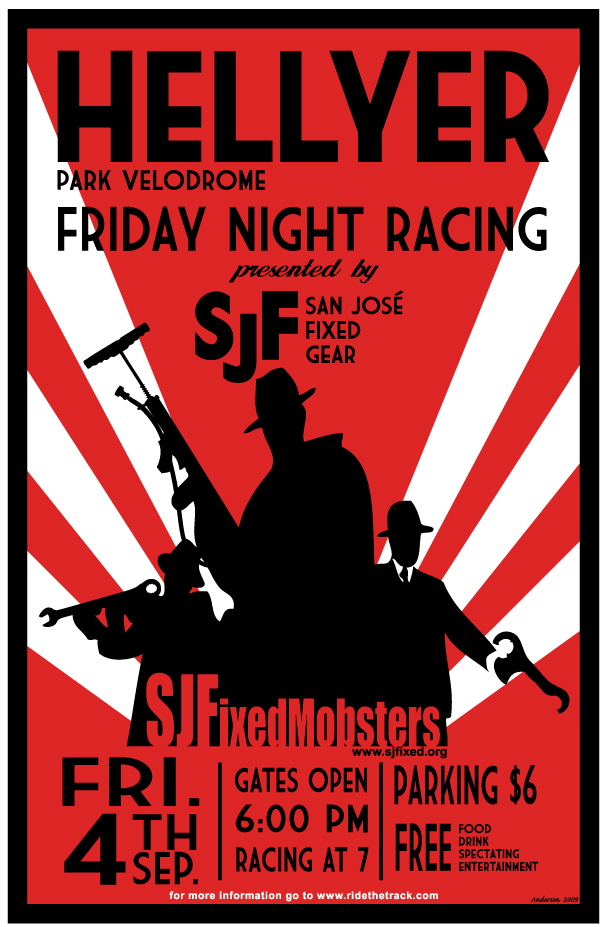 Are the sex innuendos doing anything for you?

Here is to hoping that you all have a fine Friday and an even finer weekend, but before I go, it is truly an honor for me to be able to congratulate Soulcraft Bicycles on their ten year anniversary which occurred on Wednesday and here is to hoping for at least another ten years more.
Should you find yourself in Vegas, now you know where to go; 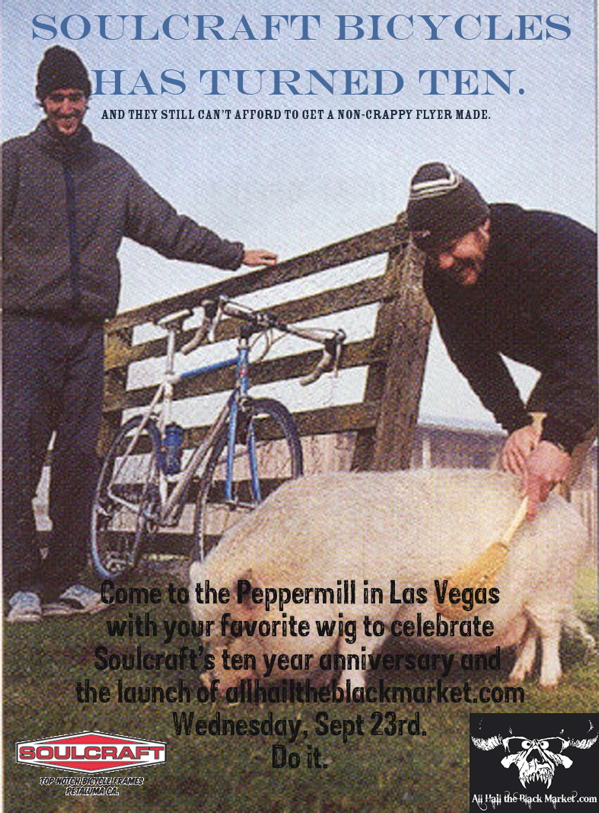 11 Responses to “Every day is a party at The Black Market.”