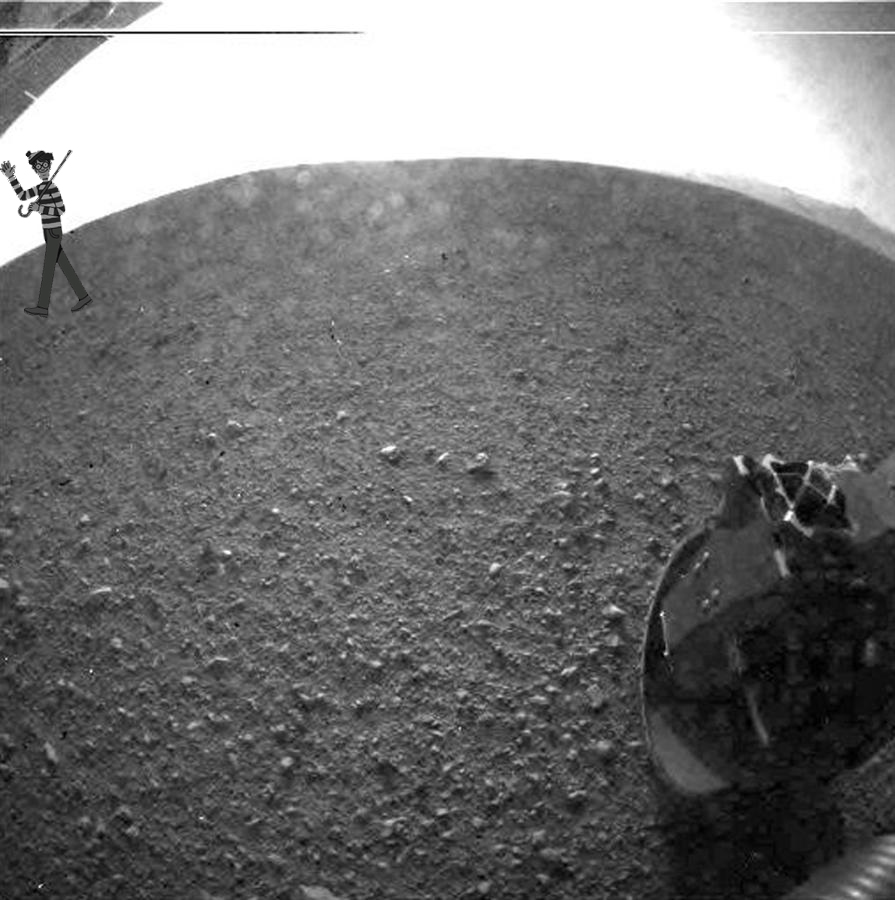 As the Mars rover Curiousity nailed its landing on Monday, I find myself in a peculiar state of mind. On one hand, I’m awe struck by the achievements that mankind has seen through in the last 50 years. Moreover, in a single lifetime, someone who is 90 years old has been witness to more greatness at the hands of human beings than almost any time in history. Yet conversely, as we are applauding the feats of the NASA scientists and engineers, we have a lone gunman killing six Sikhs in their temple.
A lone gunman who I assume didn’t know the difference between Sikhs, or Muslims, or Hindus. It didn’t matter. They worship a different deity. They dress differently. They grow their hair long. Whatever. They apparently deserved to die because of it.

My point is humanity continues to bewilder me. We’re a species that are capable of so much good, yet continually are driven to such insane bouts of violence, presumably motivated by simple ignorance and fear.

It gives me great inspiration while at the same time breaks my heart.

And that’s what I woke up thinking about on Tuesday morning.

But it’s an easy rabbit hole for me to go down. It’s got slippery sides and if I don’t watch my step, can find myself falling ass over tea kettle into the abyss. That’s why it was a very good thing indeed when Joey darkened my door later the same morning with his Twin Six Dark Horse in tow. We had planned on doing some kind of ride or another, all depending on the condition of my wrist. The sun was shining, and the body was feeling a-ok, so in turn I grabbed my Nature Boy and we began the eight mile dirt mash to the top of the hill.

Somewhere along the way while in the throes of a particularly technical descent, my backpack’s waist strap became caught up in my saddle, sending me careening end over end, first through a snow fence, and then into a snare of thorn laden blackberry bushes. I was bleeding profusely before I even came to a stop, but once at rest I checked my vitals and concluded that I was going to be ok. Continuing on, we discussed all manner of topics, chief among them being when the climbing was going to end.

Eventually we found the down part to all of the up part and I jumped off the side to snap some photos; For some reason I can never seem to capture the top of my subject’s heads, but for those who are curious, it looked like this; 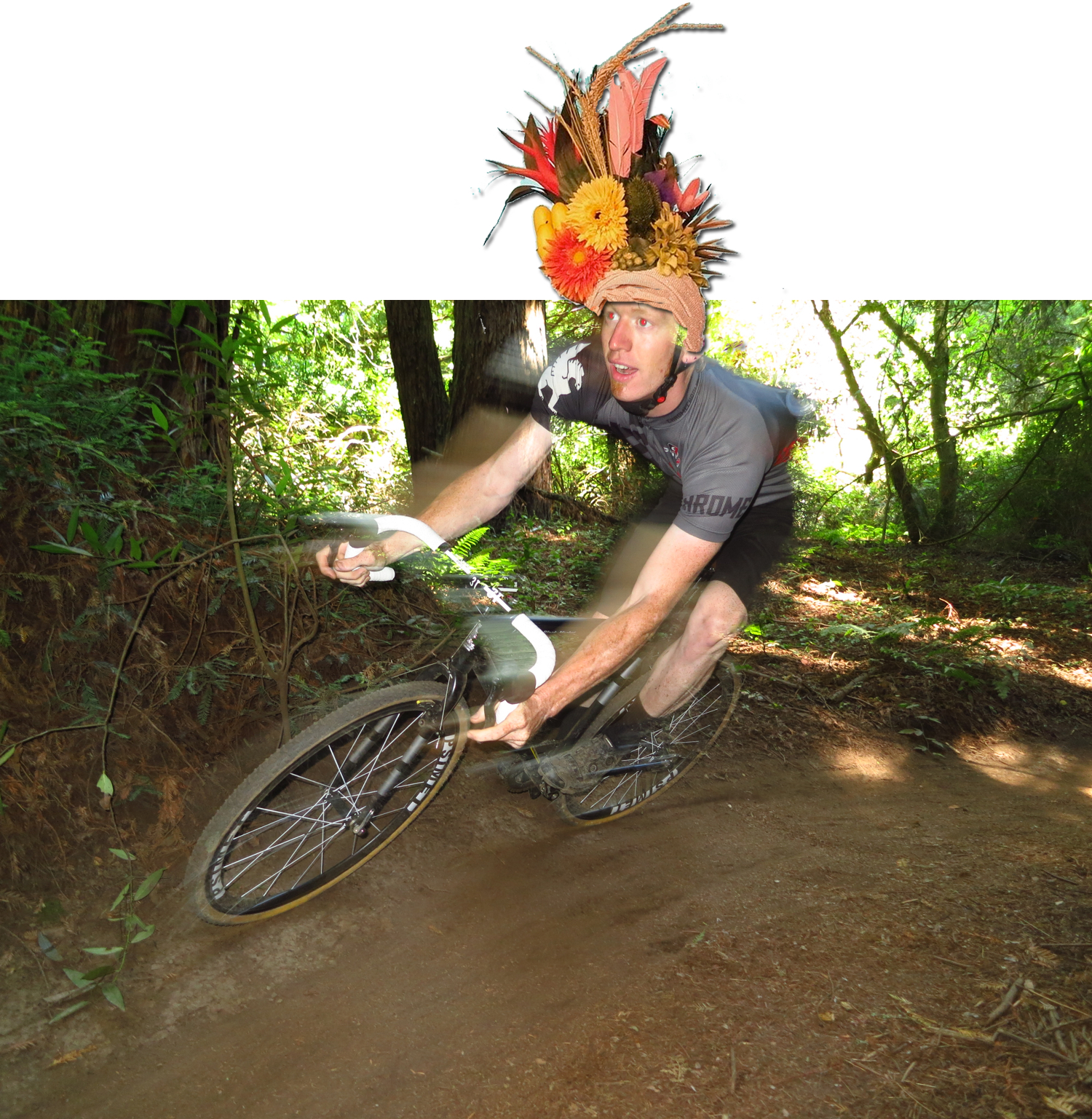 I clearly need to learn how to use my camera more better.

Anyway, as we continued on enjoying the day, we were making our way to what is considerably the most technical descent along the route when we came upon a large, yellow, and impossible to miss steel gate spanning the road on which we were traveling. I cut over to the inside line and Joey curiously, cut from the inside line directly into the gate, hitting it head on, which stopped his bike dead, and sent him, still in the crouched position, at speed through the air and onto the broken pavement.

As he lay there gasping for air, I was at first in amazement at what I just witnessed, and then immediately recalled the video that we are all familiar with, of another time when young Joey most certainly should have died;

Seriously, the guy is like a cat, and as such, by my count has no more than seven lives left.

After taking an inventory of his faculties and making sure there was no shoulder dislocations, we began inspecting the scene to savor all of its subtlties, like for example, the dent in his head tube; As well as flecks of his head tube badge smeared across the gate.

What occured was assuredly an event that would have killed me. Then again, after having arrived at the ripe old age of 41, I can see big yellow steel gates spanning the road in front of me. Being a young buck of 22 his eyeballs have yet to mature, but it’s ok as his bones are still made from rubber.

The upshot of all of this, is as long as it doesn’t lead to your undoing, riding bikes with friends is truly an awesome thing.

Oh, and though it doesn’t need to be said, Joey’s ok.

In other news of the unrelated, I have continued my efforts to create marginally inspired announcements for next month’s Underbike Industry Mixer©, like for example, this one featuring my childhood hero Steve Austin; 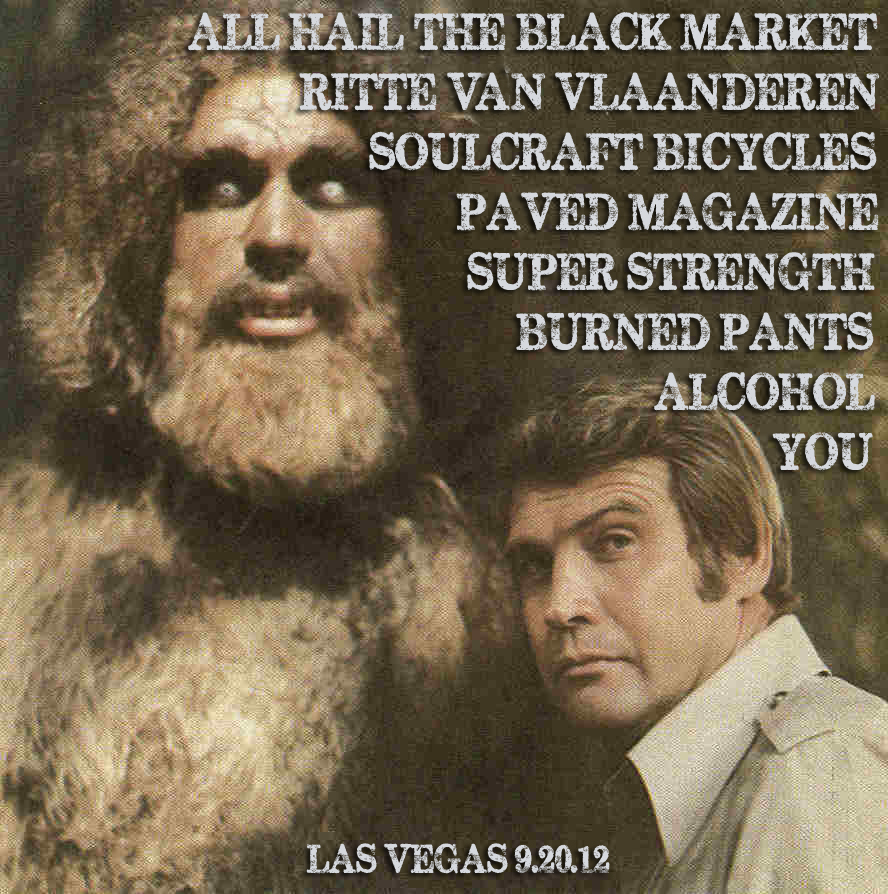 I don’t want to drop too much information too soon, as plans that I am behind generally have a habit of becoming totally unraveled sometime during the eleventh and a half hour, but I can at least say that the venue has changed and we have a treat in store that will assuredly be a feast for your eyes and ears and bones and hair and feet. It might or might not involve a giant clock, Viking helmets, sweat, roman candles, my birthday, James Hetfield, wigs, Shriners driving tiny cars, retired professional baseball players, bicycles, and a merch table.

I can also say it was the last time I was at this particular venue when I saddled up next to two skinheads, one of whom was at least a foot taller than me and easily twice as wide, and had boots tattooed on his face in place of sideburns. So it goes without saying that this will be a wholesome and exciting event that will be fun for the whole family.

Come to think of it, making it through that evening with both heart and soul intact might actually be a feat of strength all unto itself.

12 Responses to “Feats of strength.”