This was the quote that Michael Bussman (the mind behind New Belgium’s blog) shared with me as we retired to our rooms following the Pro Challenge’s first stage in beautiful Aspen, Colorado. 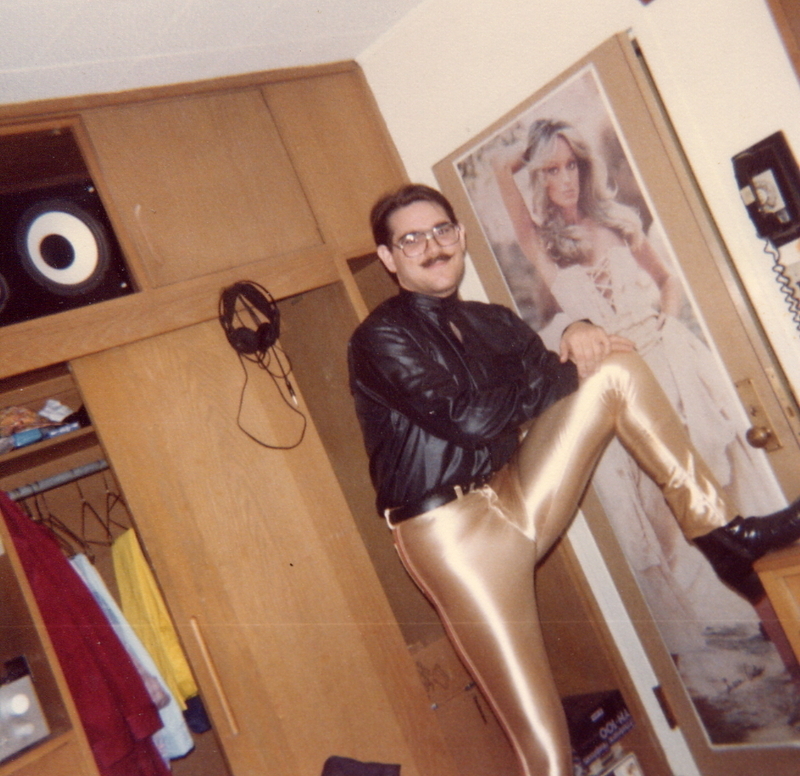 While he may prefer no pants for his blognessing, I quite enjoy the feel of gold lamé, so we’ll have to agree to disagree.

So what you read is true. Day one is in the books and His Grabbiness of Pervington, Peter Sagan won not only the opening day’s stage, but the jerseys for best young rider, sprinter, over all leader, hill climber and the newly introduced ‘most likely to look like a youngish Frankenstein’ jersey; 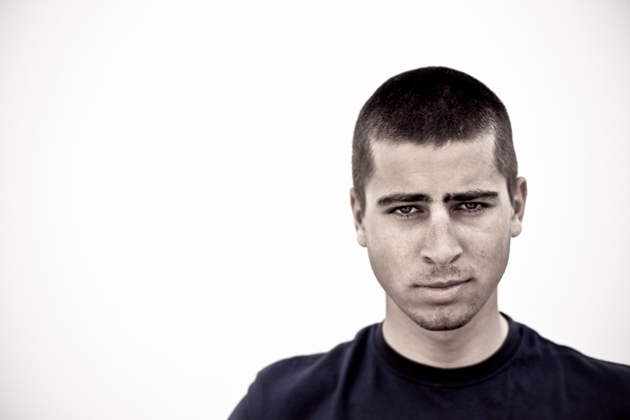 In an effort at doing New Belgium right by offering the most comprehensive coverage available, I kicked the day off with a bunch of crappy photos, and then a nearly rapid fire stream of observations via my Twitter feed; 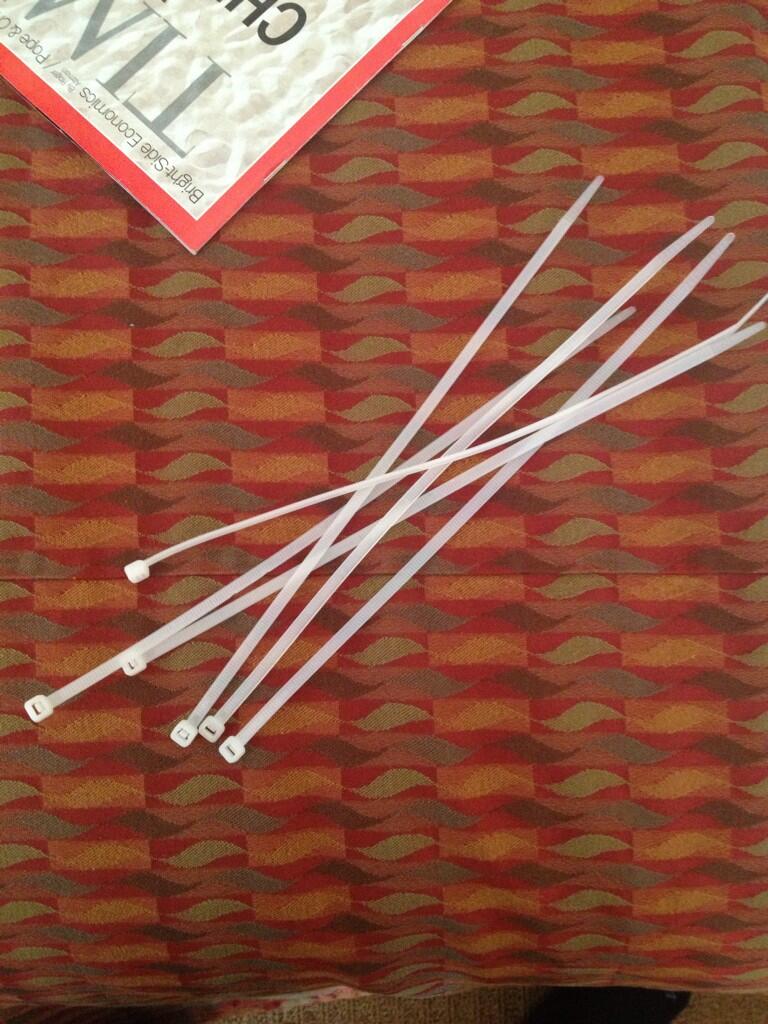 And perhaps most importantly; – Not to mention the motorhomes, and the convoy of simi-trucks moving the circus onto the next town (or the flights for worthless blogdouches from the west coast to the mile high state for reasons that still aren’t clear). I was kinda amazed, and also bummed but then I realized that bikes are the last thing what that might save the earth, despite my occasional optimistic perspective of them, and then I pitched some garbage over my shoulder onto the ground and decided not to worry about it.

With my apathy burning brightly, I then turned my attention to friends I happened to stumble across. Like for example, this guy; 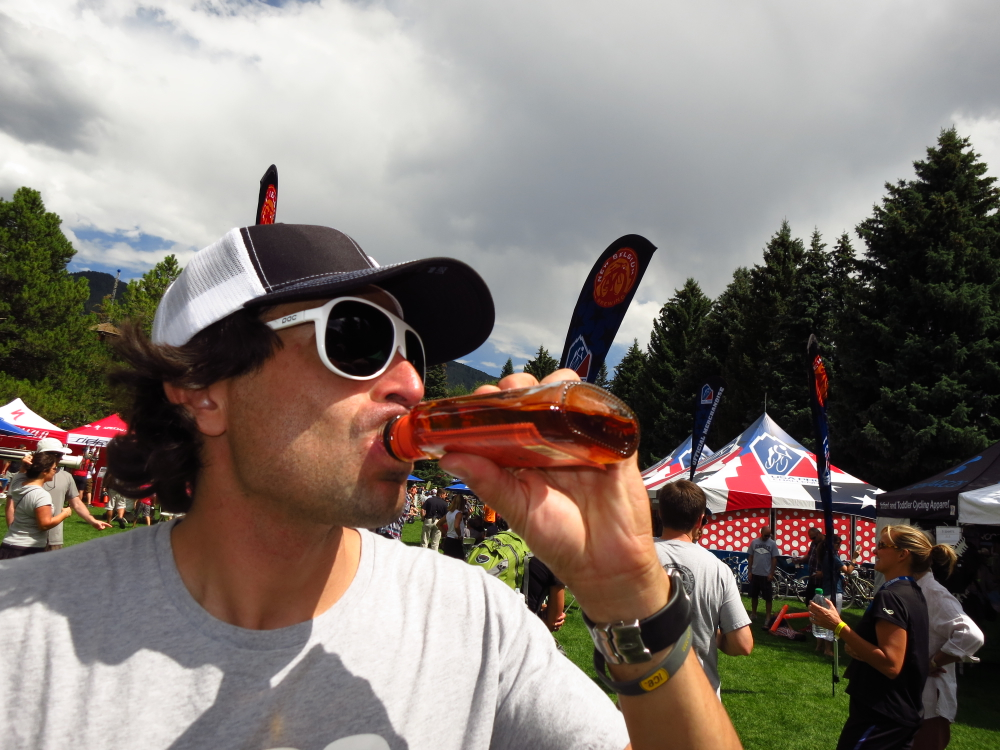 Nearly all of the clowns had gotten out of the car for this race.

Just as soon as stage one began, it was over and we blasted out of town at nearly the crack of dawn the following day to post up at the 12,000ish foot summit of Independence Pass to give beer away, take on the vistas, watch the blur of the peloton, as well as to drink in the general flavor of the day; 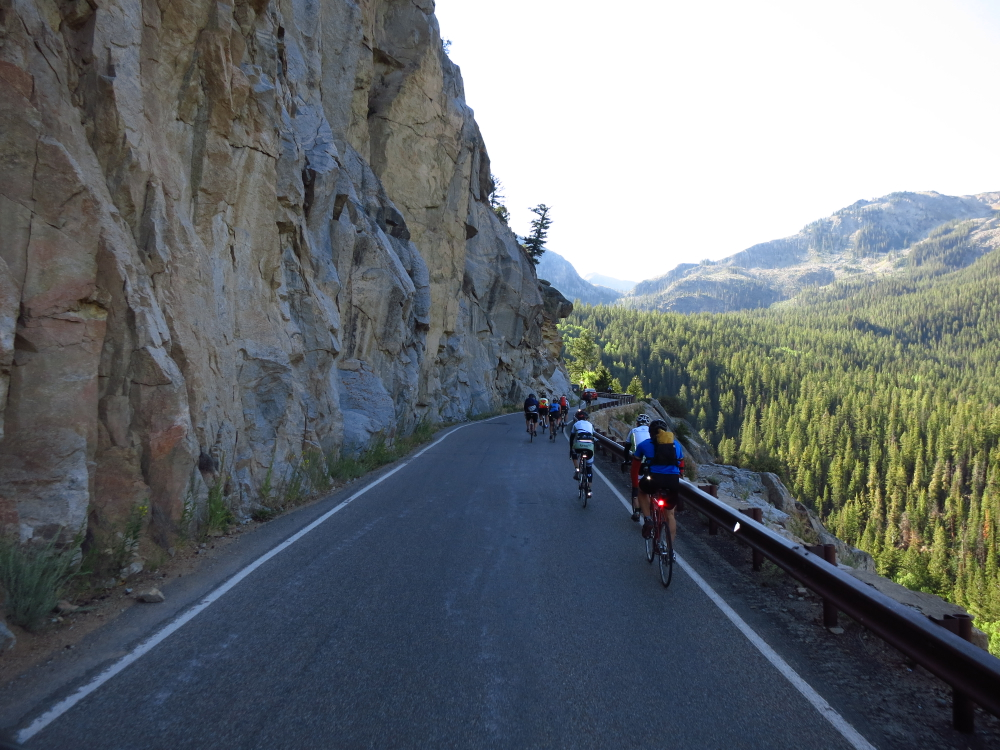 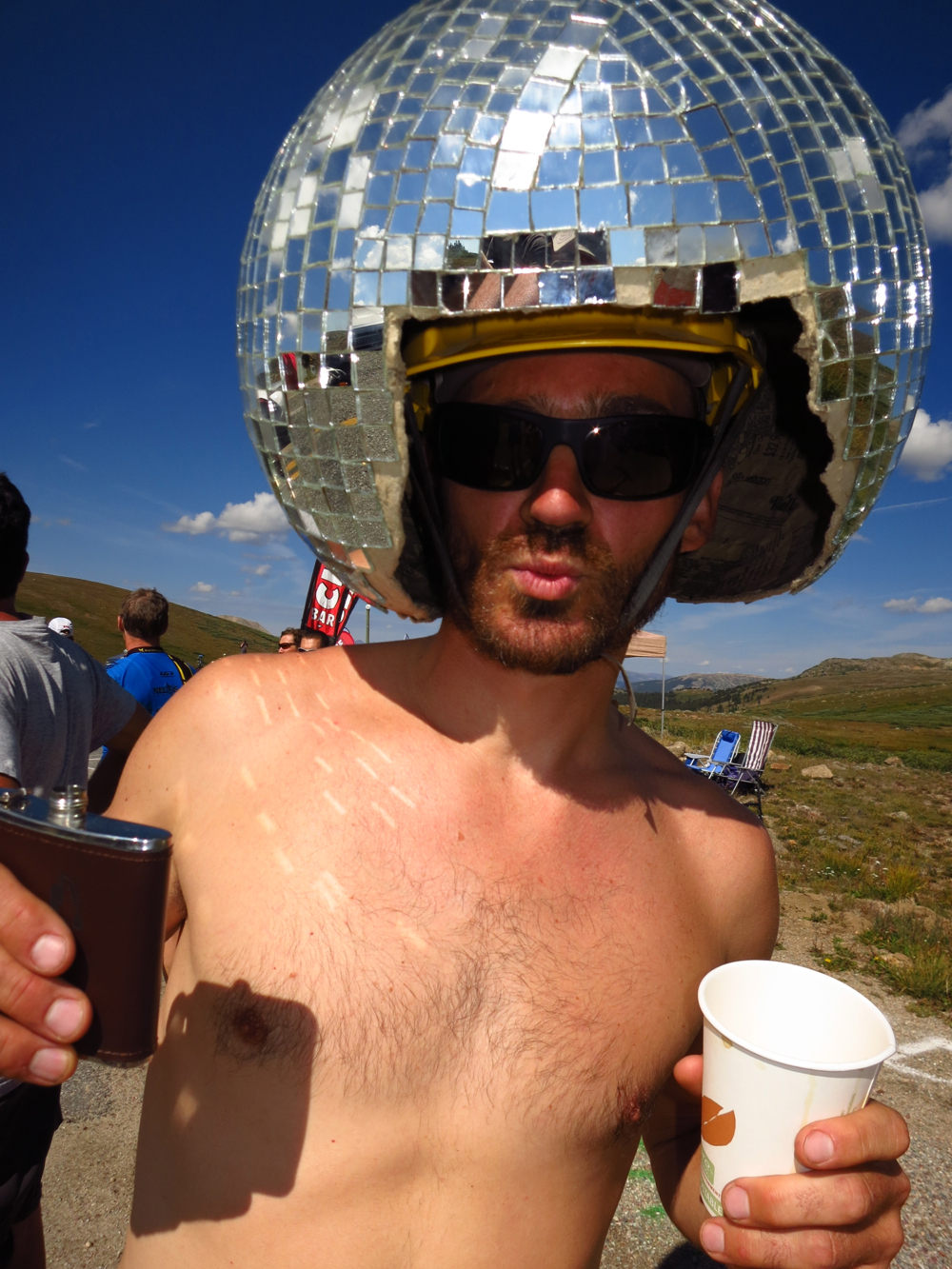 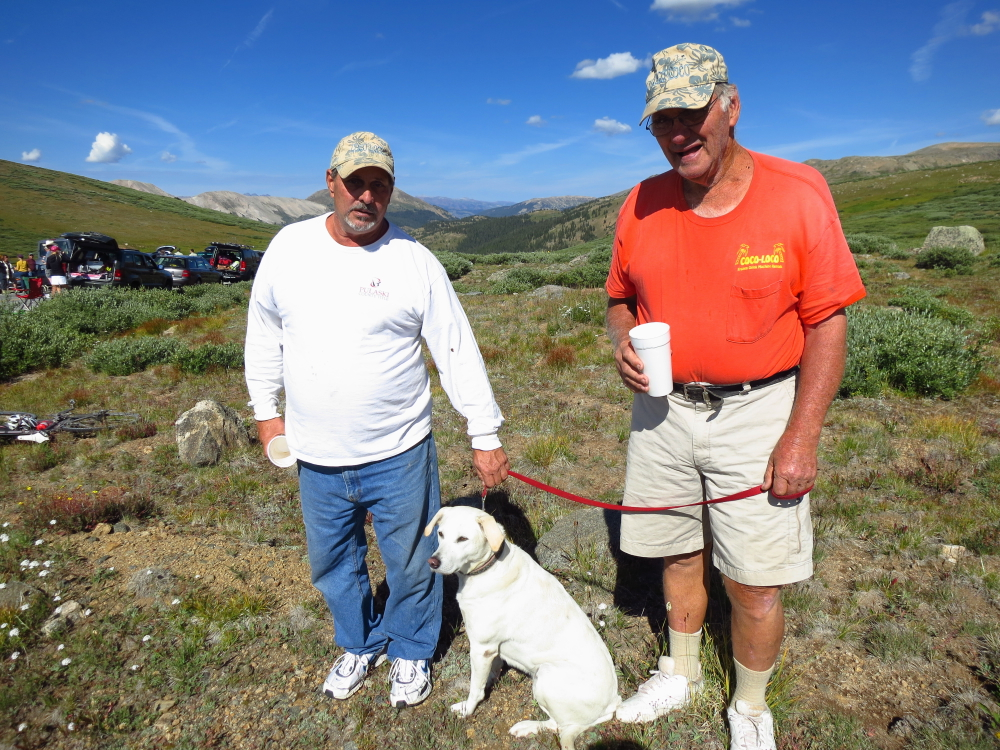 Frank and Mark were the first people I think I’d ever met who genuinely loved bike racing, but had no interest or experience in doing it themselves. I liked making their acquaintance for a myriad of reasons, (*note* the gallon of homemade whiskey), but this was chief among them.

Anyhow, that being said, let’s continue with the sights; 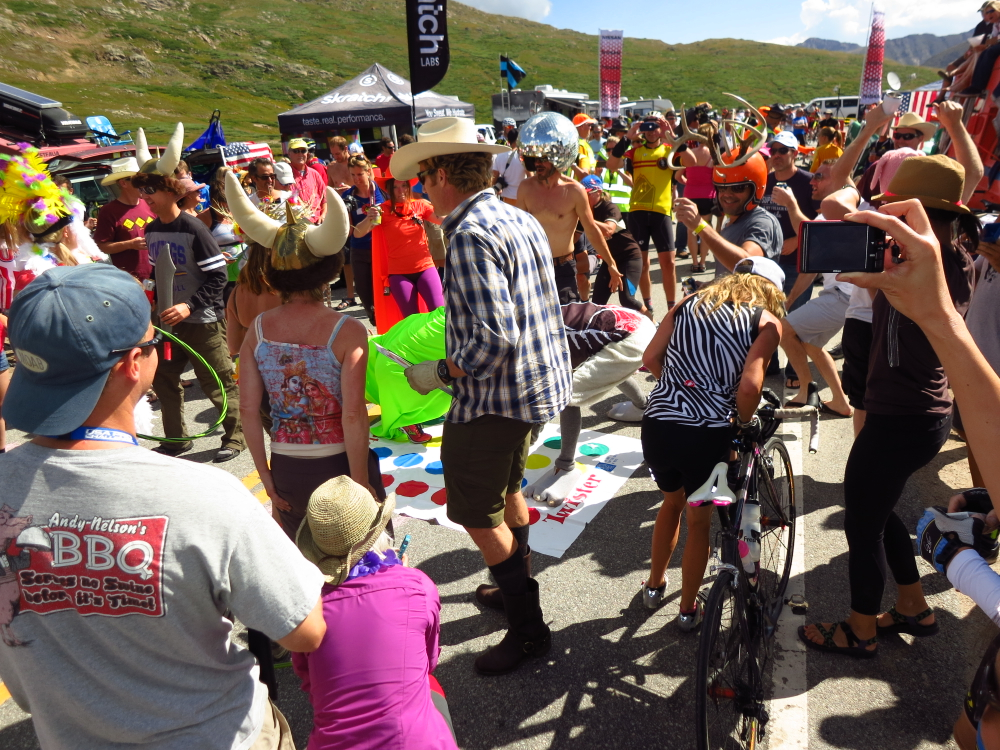 And then the honches came through, Fast Freddy being among the honchiest; 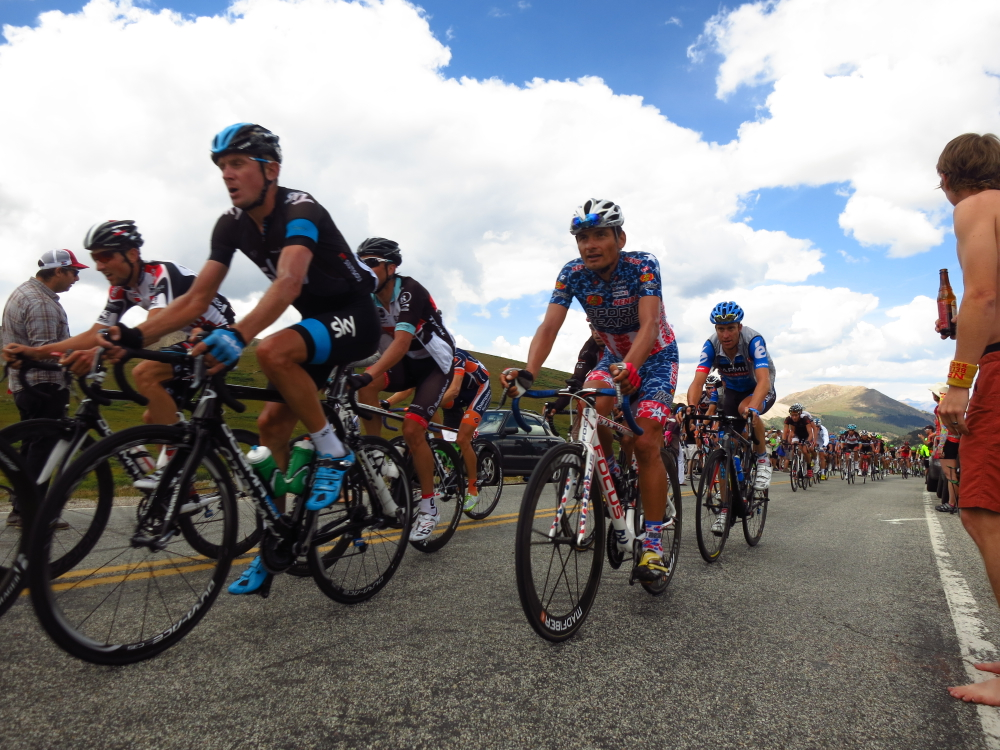 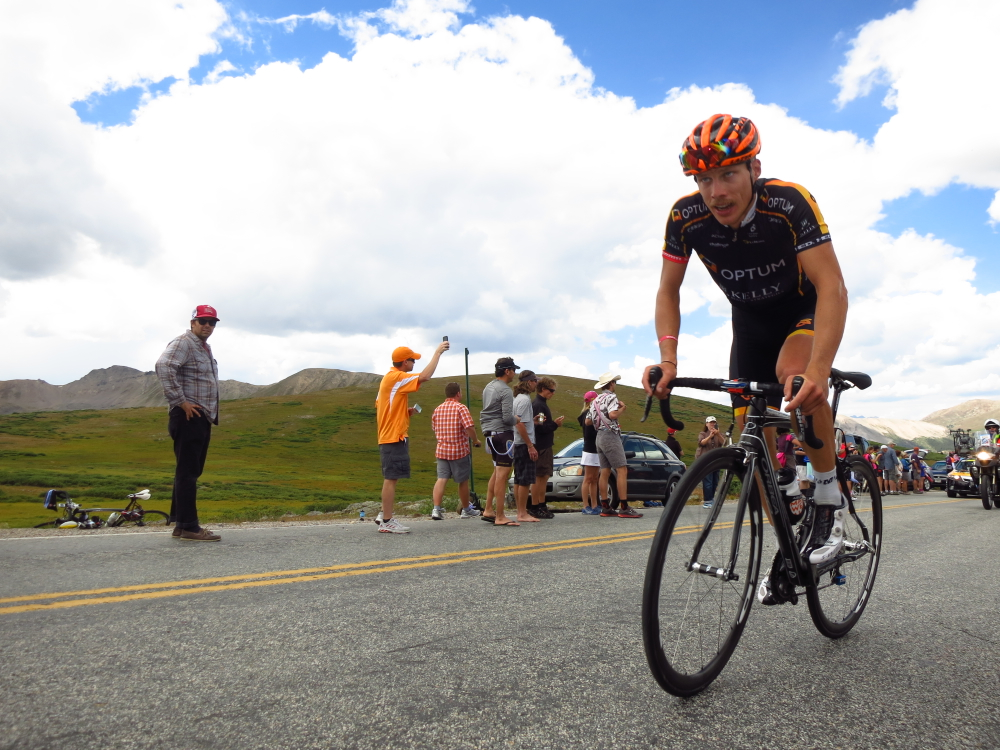 That would be funnier word play if his hair wasn’t clear and you could actually see his sweet cookie broom. 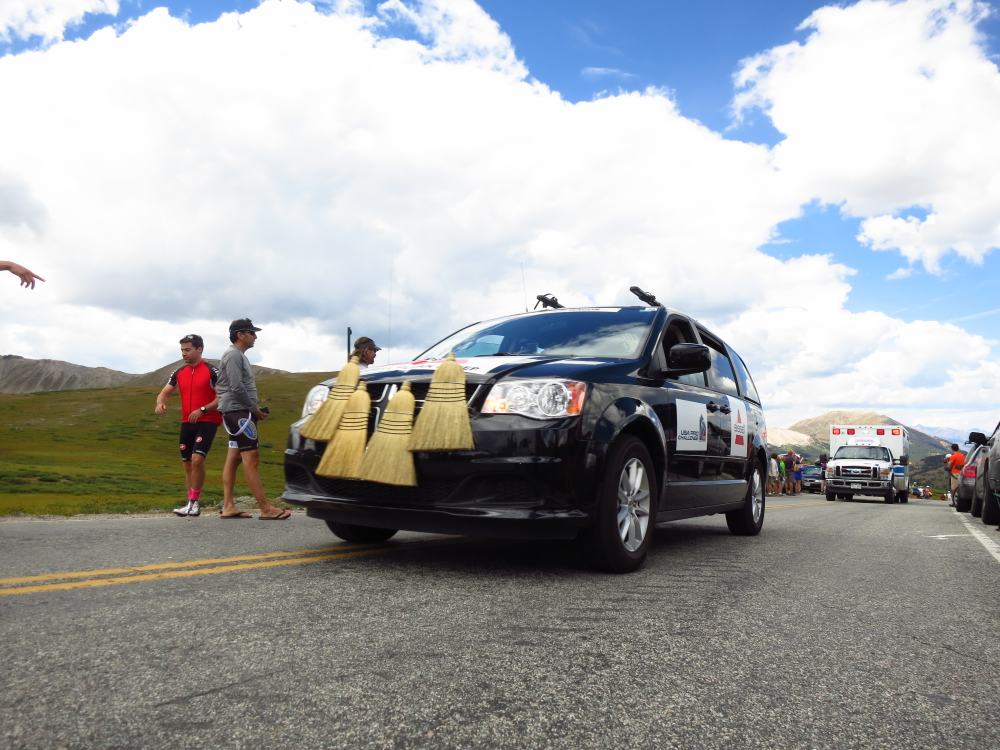 After summiting Independence, all that was left for the bikecycle racers to do was to descend to the bottom of Hoosier Pass and do it all over again. With 126 miles and somewhere in the neighborhood of 40 billion feet in elevation gain under their belts, the Swissonian from BMC, Mathias Fränk emerged victorious with Garmin-Sharp’s Lachlan David Morton in second and Peter Sagan rounded out third place.

What will the next two days bring? A whole lot more effort from the peloton, and just the same old amount of half-assededness from me.

One thing is guaranteed- However half-assed my attempts at race coverage might be, you can bet the whole ass will remain covered by gold lamé.

11 Responses to ““An entire post written with no pants on.””