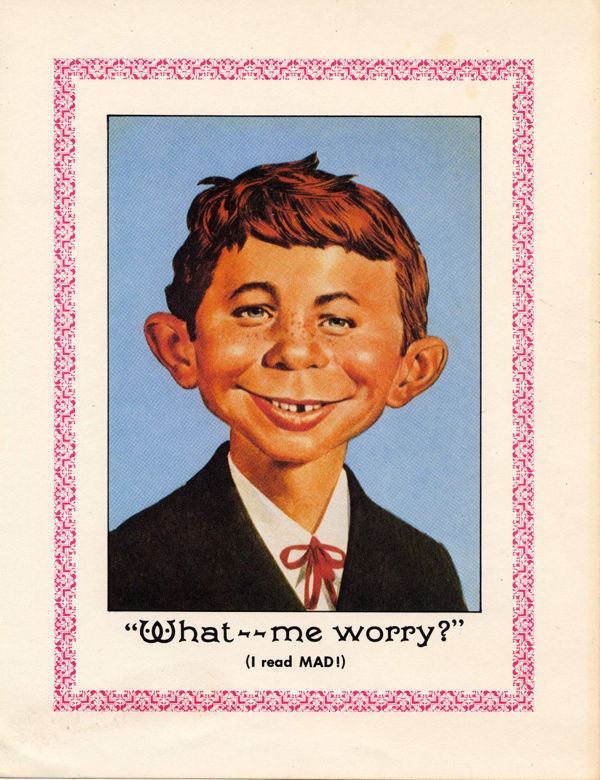 So I literally just left the Kona power point presentation of their 2014 line of bikes, during which I ate two blintzes, some eggy/quichey stuff, some potatoes, and three cups of coffee, while standing on top of some very busy carpet.

With each of the presenters discussing updated suspension platforms, fresh new models, the rigorous testing processes all of their bikes go through and so forth, my mind and eyes kept wandering to the back of the room and landing on this; 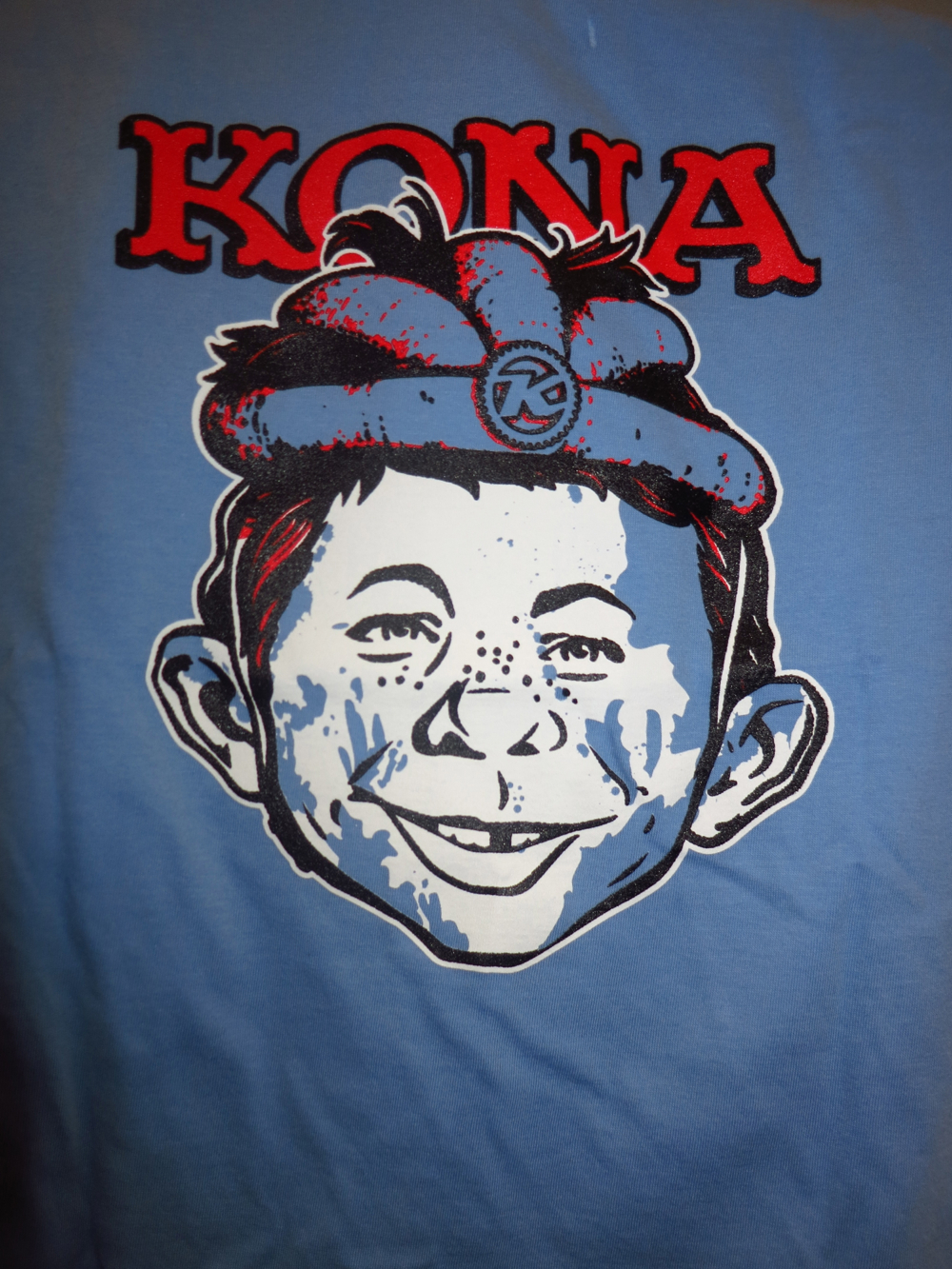 “OH MY GOD!” my mind kept screaming. “I LIKE ALFRED E. NEWMAN, AND I LOVE HAIRNETS!”

Stuffed deep into the corner so no one could sneak up on me and stick a shiv in my back, and with my A.D.D. in full swing, I made desperate attempts at refocusing on Mitchell Scott, Kona Bikecycles Minister of Information; Eventually I got it together and opened my brain to a whole lotta information regarding the new line, which currently is kinda all jammed up in my synapses.

I was happy to see that SRAM took note of my last year’s criticism and corrected their presentation from ‘2500 employee’s‘ to its current state; 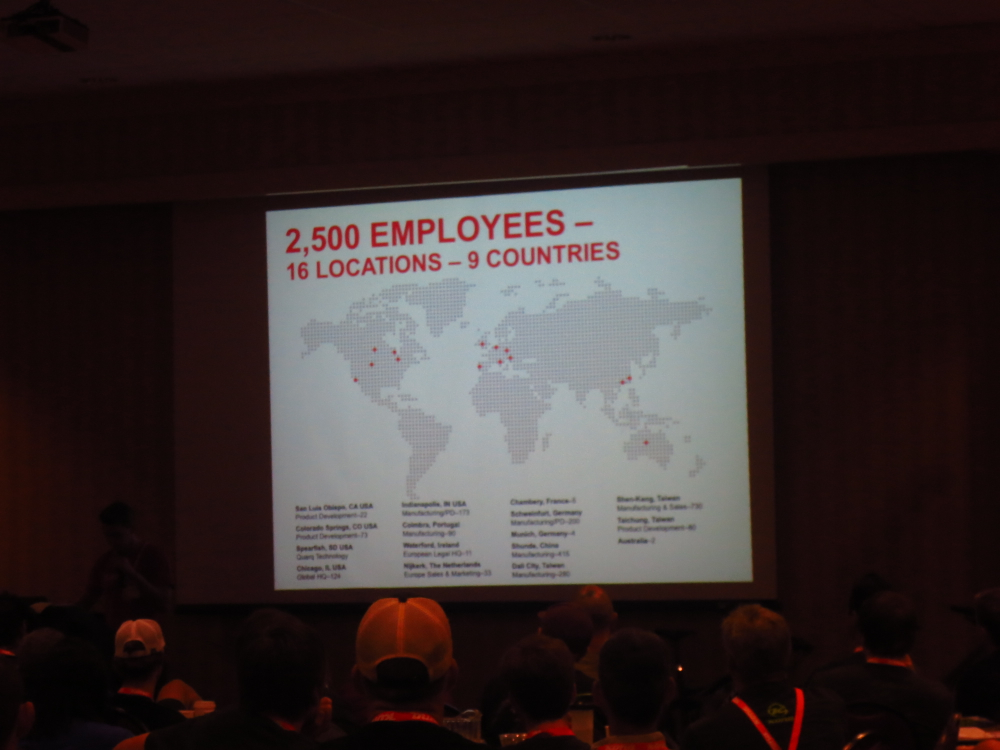 2500 employees, and now at least one of them knows what an apostrophe is for.

Another item that might, or might not, or might be noteworthy, is that for 2014 Kona has released their entire line of cyclocrossingcycles with disk brakes, to which I was like “whaaaatt?” and they were all “yup. Suck on that, Stevil“, and then I was like, “I don’t know about that” and they were all, “you better learn.”

Never having been a big fan of the concept or execution of disk brakes on skinny tired bikes for a myriad of reasons, my back has long been turned to the development and my arms crossed in a pouty sort of way. Like full suspension bikes (not because I don’t see the purpose for them. Just because I’ve never cared to ride them), I felt the need to give it a fair shake before I made such a sweeping generalization.

So as I did two years ago with their Hei Hei Supreme, I decided to set my prejudices aside and see what was what in regard to disked skinnies.

The thing was, once we got to the demo area, someone else had similar designs on the bikes of my size so I looked elsewhere, finding their all rounder, the Zone Two; 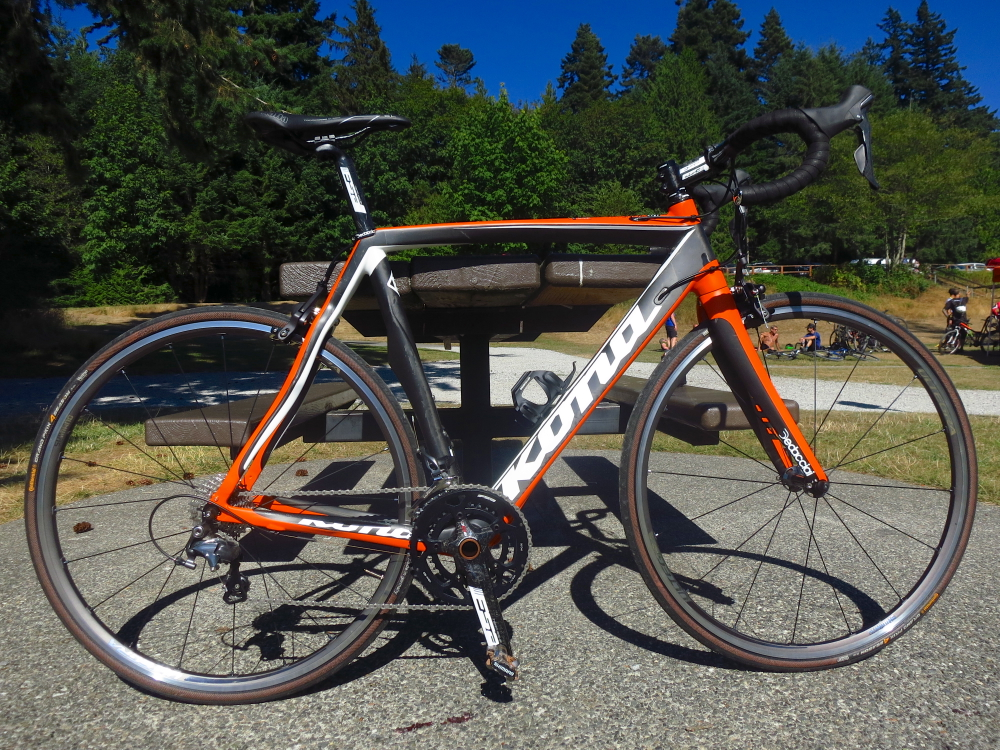 What they say about this bike on the site is as follows;

“Our new Zone series of Road Endurance bikes is the culmination of three years of research and design. We thought of everything, from a monocoque Kona Carbon Race frame that balances comfort and speed with efficiency and durability, to increased tire clearance and hidden fender eyelets for winter training. Incorporating every element needed to ride the Long Sweet Road for a sweet long time, we have ensured the Zone Two is our top-drawer Endurance Road bike. It’s perfect for GranFondo, road racing and even all-day gravel-road adventures.”

So I thought, why not take it on the trails and try to break it, because what is single track but a bumpy, skinny and dirt road?

Now anyone who knows me and even a few who don’t know that I’ve long been a proponent of using the wrong tool for the right job, or vice versa. Who mixes cake batter with a drill bit? I do. Who kills mosquitos with a spatula? I do. And who enjoys the sound of Canadian freeriders standing trail side in an attempt at catching their breath when they mutter “is that a road bike?”

Technically, that would be the effect of using the wrong tool for the job, but you get what I’m saying.

The Zone Two was a gas to ride on the trails and I didn’t even mind the signature carbon ‘cachunk’ when changing gears. Would I buy one? Let’s put it this way- The fact that Kona has built a bike ala Rick Hunter’s ‘All Day Sucker‘ is something special to me. If I had it to spare, (and wasn’t generally opposed to carbonium), I would gladly throw down some hard earned beans for such a beast, but I’m a crybaby luddite and that’s my cross to bear.

So while we’re on the topic of my cry baby ludditeness, as I mentioned, I was itching to get my trigger fingers on the 2014 Super Jake, with all that SRAM Red and actual hydraulic disk brakeness on it; 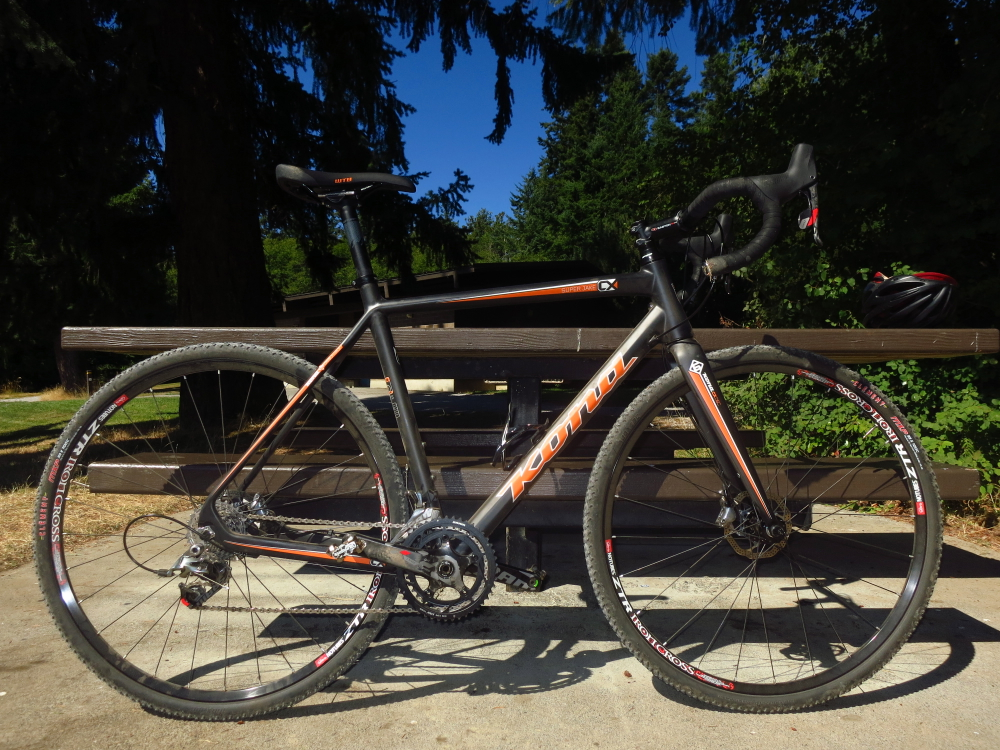 (The attentive in the audience will note that my Jake is smaller- a full size actually, than the Zone Two. That’s because like Bigfoot, the 59 super Jake was illusive to the point of possibly not even existing.)

Jason and I went out to get some hot laps in, in the midst of which, I hunkered down and scooped some ACTION SHOTS! 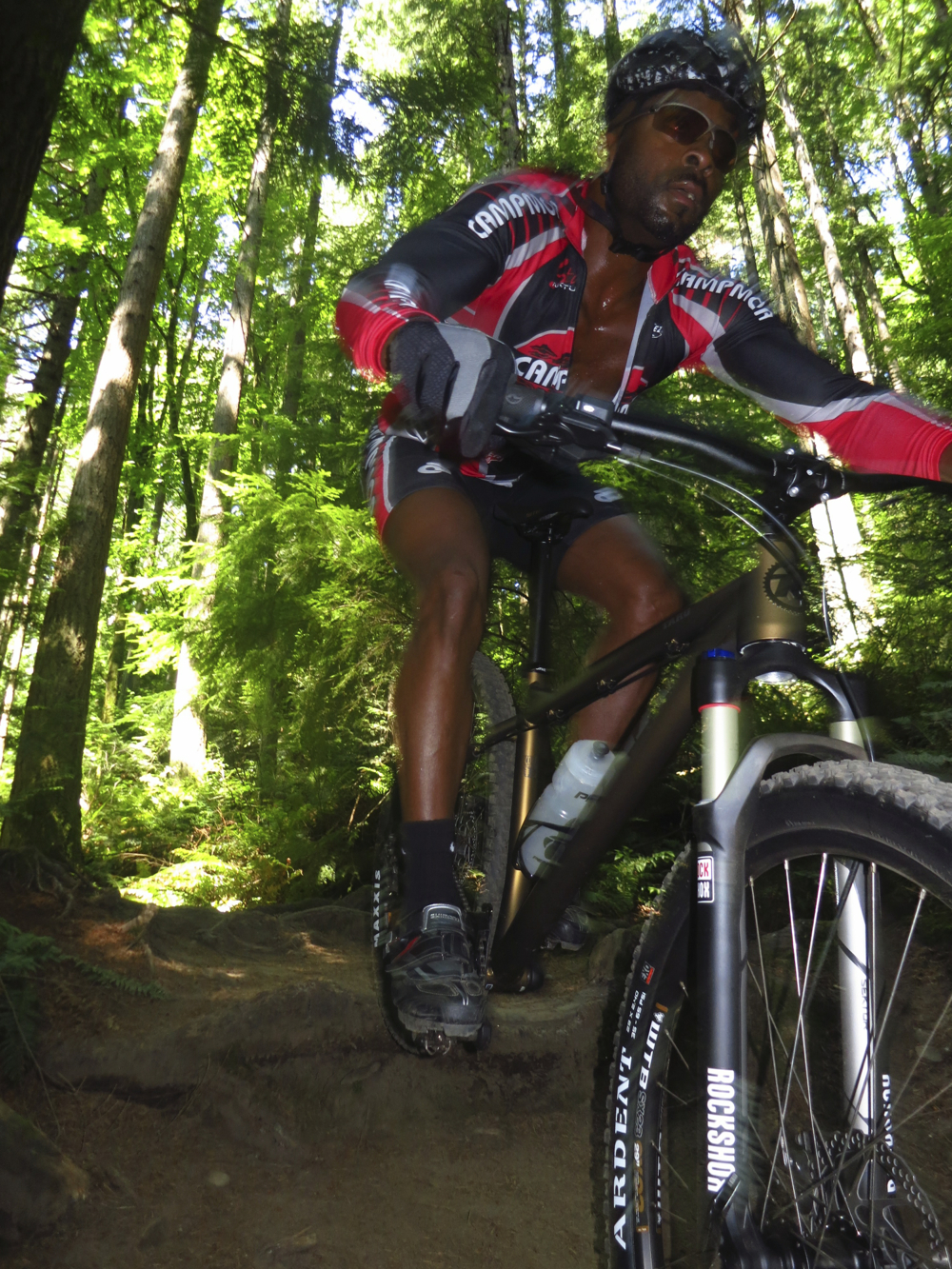 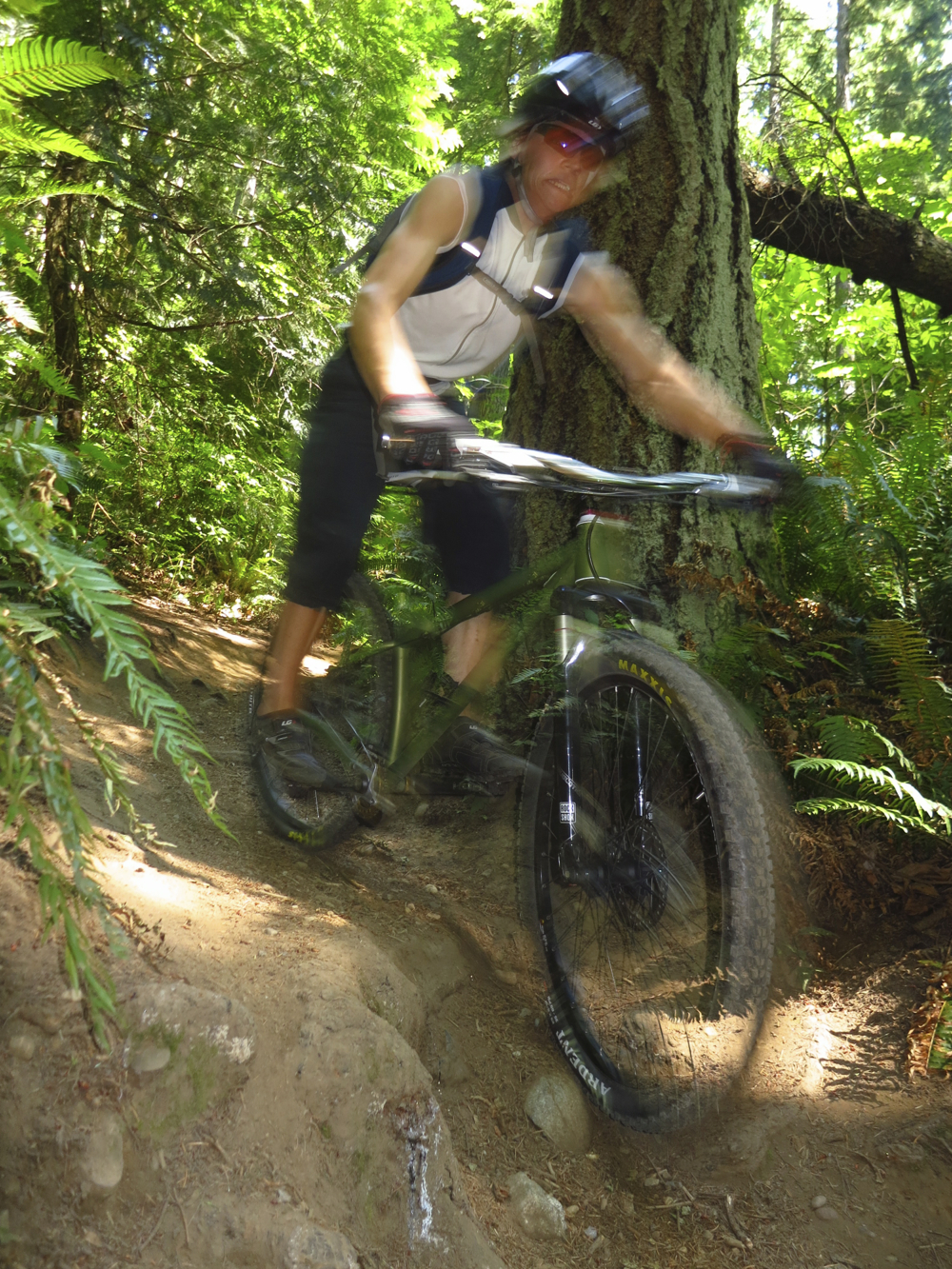 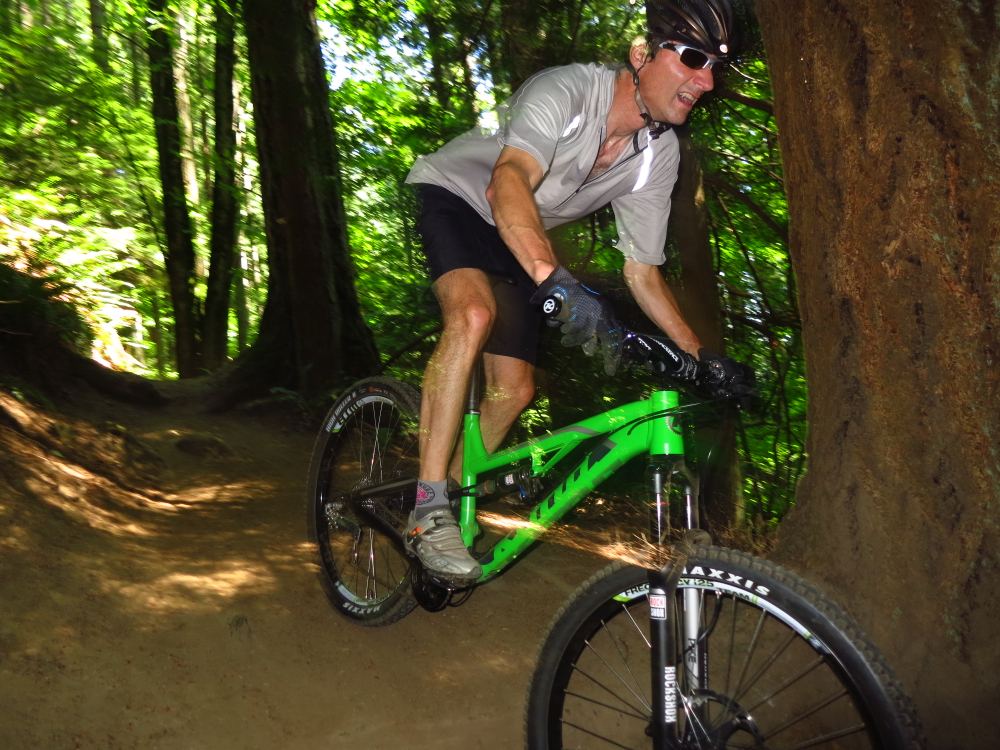 Which begs the question- Where there women riding bikes on this day? Yes. Did I actually see any of them doing it? No I did not, so it’s just the same old gaggle of swinging dicks around here as it ever is.

Anyhowdy, so the SRAM Red was awesome and the shifting action is very intuitive as SRAM Red is and the actual hydrolic brakes worked real damn good too.

Do I think disk brakes are a necessary component on a cross bike?

I’ve seen a perfectly set up pair of TRPs or Paul Component Mini Motos certainly stop with just as much efficiency as these, the wizbangingest of whizbang brakes, but the market wants what the market wants and who am I to say jack in the face of the market’s desire?

But enough about that. If you wanted to hear an old man complain, you woulda locked your dad in the garage. Let’s talk about the Super Jake and the fact that it only weighs 17 pounds, and despite the fact that even in our short time together, I dished out what I could in an attempt at breaking it, and could not.

I do love my collection of steel cross bikes… I mean, I love them to a nearly obscene degree, but I could develop a wicked crush on the Super Jake. At first it would just be my like, billion dollar pit bike, but in a short span of time, we would be doing everything together.

Even with the disk brakes.

Finally, we all converged back to the launch pad for beers and refreshing water and trail mix, when the lake’s siren song became too much to ignore; 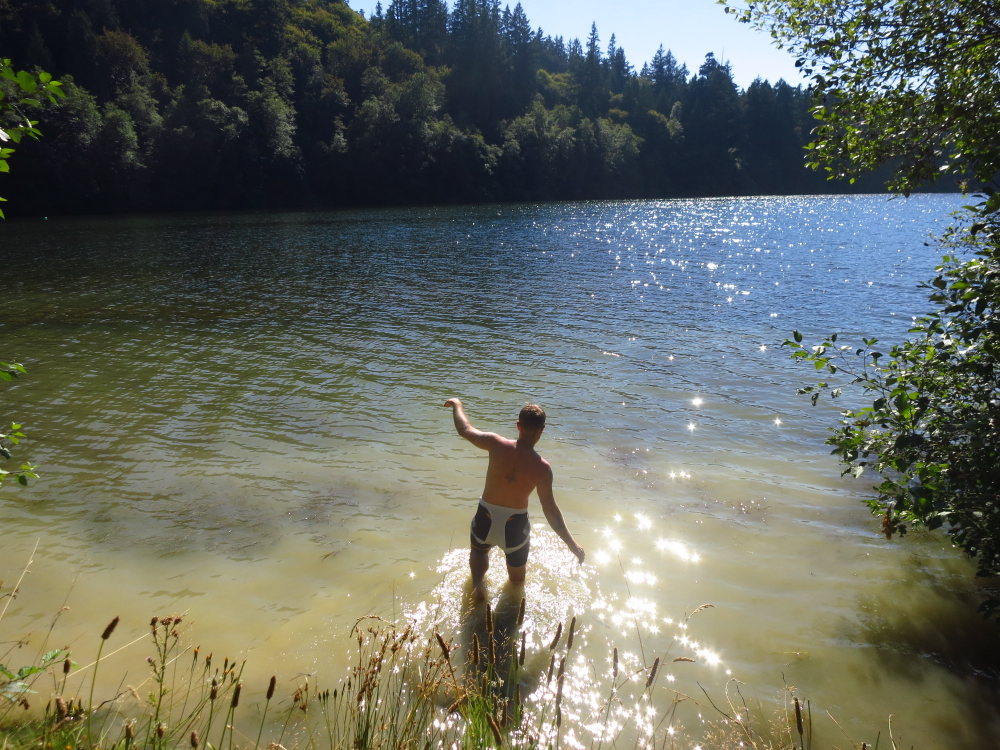 The whole crew of us fell back to the hotel to get cleaned up for a bash at the Kona HQ later in the evening, but since I was very tired from the previous night’s efforts (long story, not involving peeing on chicken wings), and because I had to write these words that you are reading right now, I cracked a bottle of beer and enjoyed the momentary sounds of silence.

I needed it, it seemed the right thing to do, but mostly I did it because Alfred would have wanted it that way.