It’s already been one of those weeks.

Because I really have no specific rants or raves today, we’ll just kick it off with a video that Mike sent in, for which he included no explanation or description;

Not that it really needed one.

It is the very depiction of nature, and all of the tragedy and grace therein.

So, it was just a month ago when I rolled out all of the premiere dates for the AmRep Records documentary tour;

The film’s been traveling the country at a break-neck rate, and just this past Thursday finally landed in the Bay Area. I traipsed into San Francisco and met up with Scorps at his studio, where I took maybe the third longest pee of my life. A little later we headed out to the Richmond District where we found Demonika and DuncDee. We scooped up a big bucket of popcorn and high-stepped it into the theatre to catch the much anticipated feature.

If you are a fan of this genre of music, I highly recommend you try to catch this flick at some point.

There are but two dates left for the current run. The first being tonight at The North Door in Austin, Texas, and the second being on Friday at Texas Theater in Dallas.

Get to it, Texasanians. You shan’t be sorry.

Just like clockwork, as soon as I finally get to see this much anticipated flick, Danny B sends me a trailer for a brand new one; 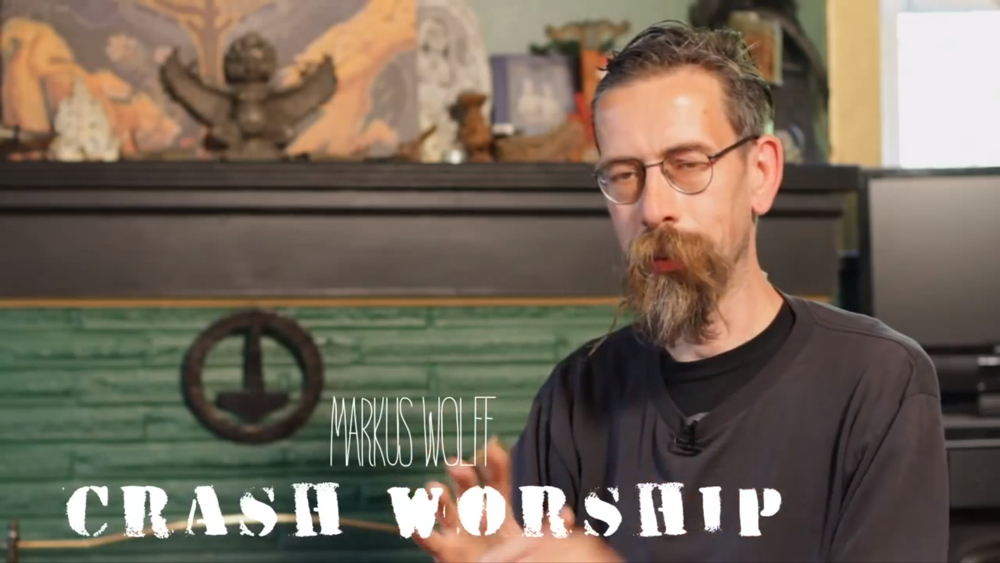 He may or may not have nearly murdered me for destroying Crash Worship’s borrowed smoke machine at a show in Denver in 1991.

And there we have my brush with greatness.

Now, you’re probably sitting there saying “What the hell, man? I thought this was a bikecycle and bikecycle related action sportsblog? What’s all this c-word about the musicings got to do with stuff?”

And you’re right, and I’m sorry.

To remedy this, we’ll talk about a very exciting new discipline within the realm of bikecycling called “the cyclocross“. It’s an endurance event that can last anywhere from thirty seconds to to sixty minutes and there are lots of acrobatics involved.

Unfortunately for many people with not so much paper money, but who want to do the cyclocrossings, it’s hard because it’s expensive to buy bikes. Heaven forbid anyone rides a mountain bike or a road bike in a cyclocrossing race. That’s what poor people do.

Luckily, Sally came through with an economical solution to this quandary; 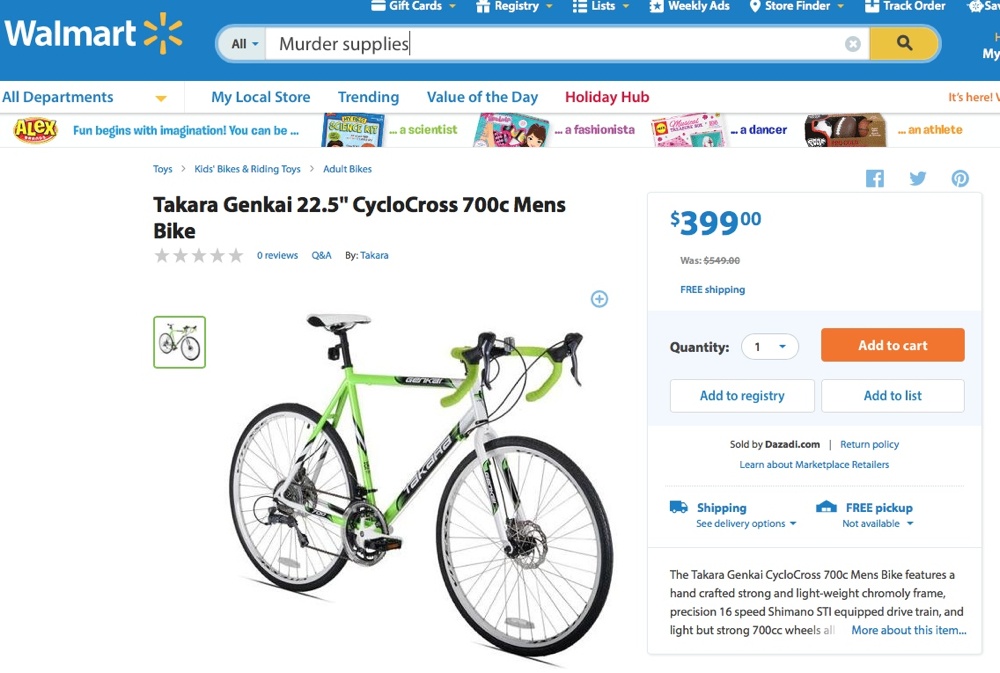 It says it right there in black and white that it won’t break your bank, which is good, because if you’re like me, that’s where you keep your collection of pornographic stereograph cards; 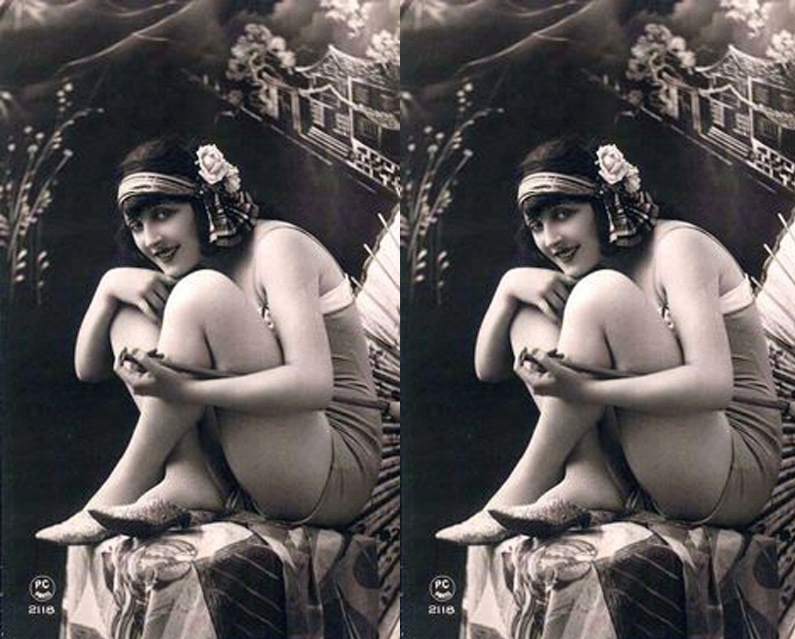 That musty smell is titillating.

Just like you, and me, and everybody though, we like to ride the bikes and we don’t really care what kind, or how lime green the tape is. For many of us, it was our first taste of freedom, and no matter what, that’s a sensation that can never be taken away.

Relating to that, Steve made the contact with a clip that’s bound to give away a few cavities;

I hope this Tuesday will bringing you inspiration for tomorrow’s post. If not, I’m sure you’ll find some turd to polish. I know you spend a lot of time (seriously, your eyes must bleed) on youtube so I thought I would send you a video of my daughter Keirin’s first bike ride on Saturday;

My older daughter, Madison, is also in love with bikes and got a spin through the neighborhood too. And yes, both of my daughters are named after track races.

This is clearly a look of sheer terror; 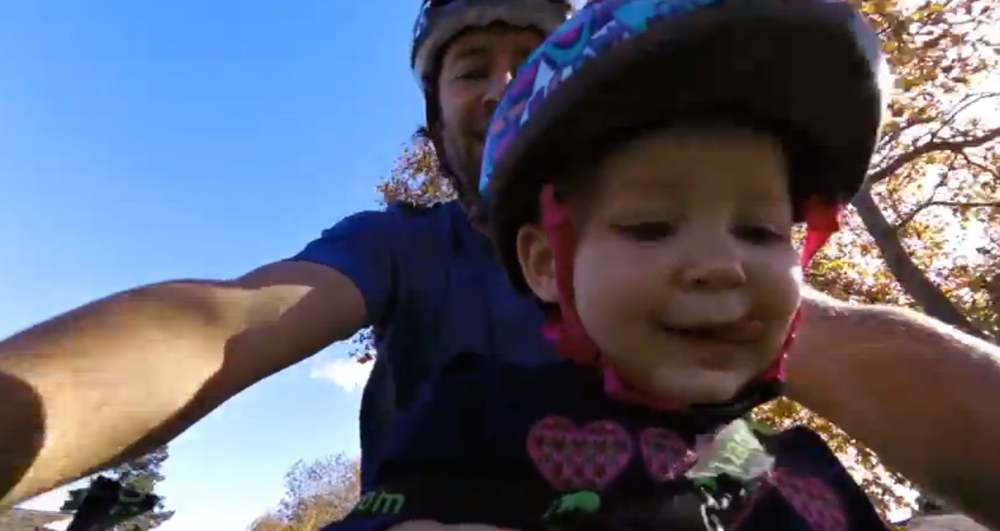 Chances are good that she’ll never want to experience anything like this again.

Just because I sometimes see things that aren’t there, I spent thirty seconds in the photoshops and fixed this up but good; 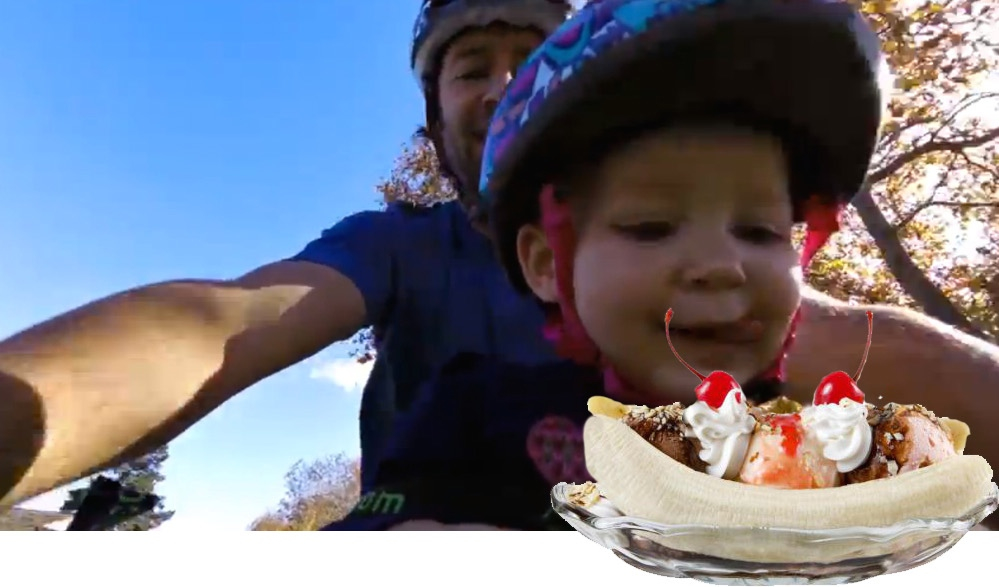 And it’s with that, that I bid you adieu.

3 Responses to “Bottoms up.”