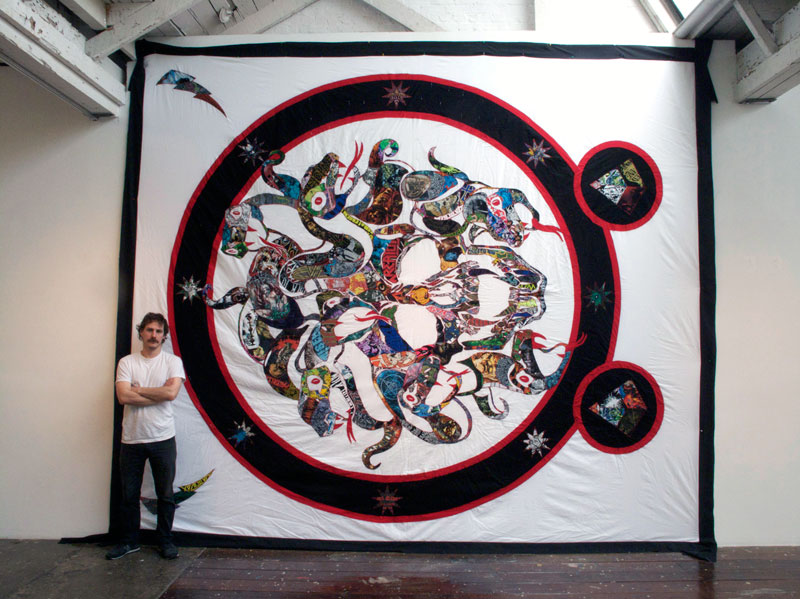 Because what’s the point of not for an occasional image of Ben Venom’s work?

Now most folks might not remember this, but it was right here on this very website (well, not this one, but the ‘How To Avoid The Bummer Life‘ one) that way back in Our Lord’s year of 2008, the premiere video for Red Fang’s ‘Prehistoric Dog’ first debuted;

There was such an influx of traffic from my old site that Aaron (vocals and bass) actually emailed me and asked me if we knew each other. Secondly, He noted at that first Boise show, an overwhelming majority of the audience was there on HTATBL’s referral.

That was proof positive of the magical powers of rock and roll.

Well, a fair bit of time has passed since that post back then, and Red Fang has gone on to emerge as internationally acclaimed mega superstars, but that don’t mean we can’t still pump up some of their new visual and auditory offerings here on our little weblog;

That video has everything I love and nothing I do not.

And speaking of rock and roll related going on- I made mention last week in this post that along with GTP of Square Taper Media, I had given my personal art site a bit of a reach around.

I called the company who previously had hosted it for me and asked that since I had just renewed my payment, if they might could see their way to giving me a refund. Naturally the answer was something akin to “take a hike, kid“, so that’s what I did. That is until GTP said, “Since the hosting’s paid for, why don’t you use it for Underbike related shenanigans or something?”

Which is exactly what I did. 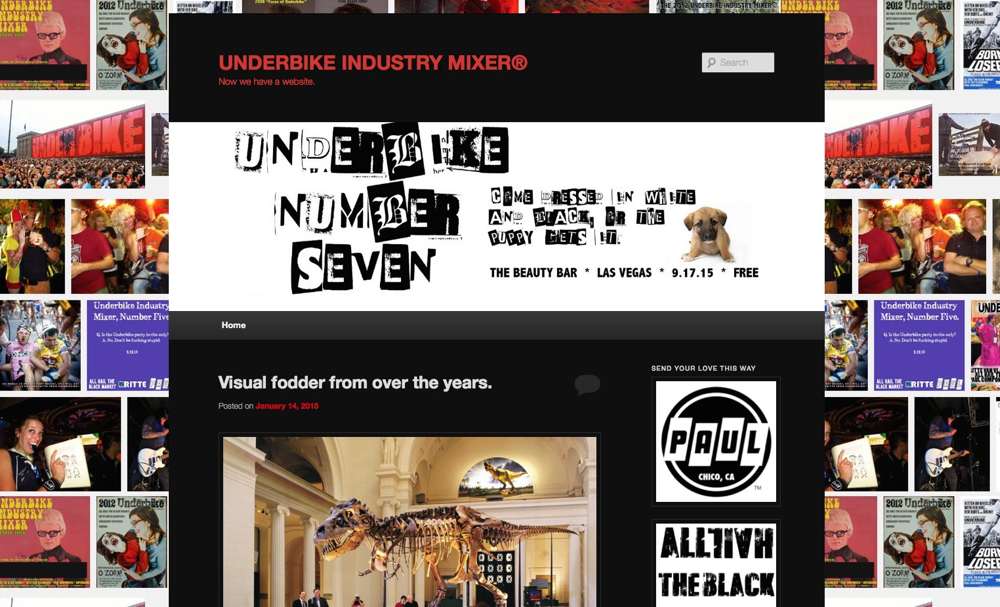 I’ll be posting bits and pieces, hints, contests, and so forth there over the coming months, so keep your eyeball balls peeled in that direction, and we’ll have some fun, or potentially we won’t.

Unless we have a catastrophic (and proverbial) bed-shitting, the 2015 Underbike Industry Mixer® is in the bag. The venue’s booked, the band is secured, and all accommodations are handled. Secondly, I noted to the Beauty Bar’s booking agent, that running out of beer and foisting Bud Light on our attendees will be absolutely unacceptible. Plus, last year it made me do some barfing, which was a total drag.

September 17th is the date. Pencil it in, and we’ll see you there.

In news of happy endings, but not really, but kinda, maybe- Might anyone remember this post, and the saga of Mike’s stolen Blue Collar cross bike? That is of course with the exception of the tweaker who took it.

Well, what do you know but just the other night I got an email from Ben at Back Alley Bike Repair with some news;

I got a call at the shop today regarding a post I grabbed from yer site, about a stolen Blue Collar Bike. A shop guy from a Performance Cycles says his buddy traded for this frame. It’s been repainted twice or four times; If you know the guy, and he would like it back, and he has a serial #, pass this along. It looks like the same one.

Last I heard, they hadn’t been able to track the bike down again, but they were close.

It’s a bitter sweet thing for sure, as there will be a fair bit of rehabilitation before she’s restored to her previous grandeur, but with a wee bit of elbow grease, some love, and maybe a day or two with some burning sage and white candles, I suspect she’ll be good as new; 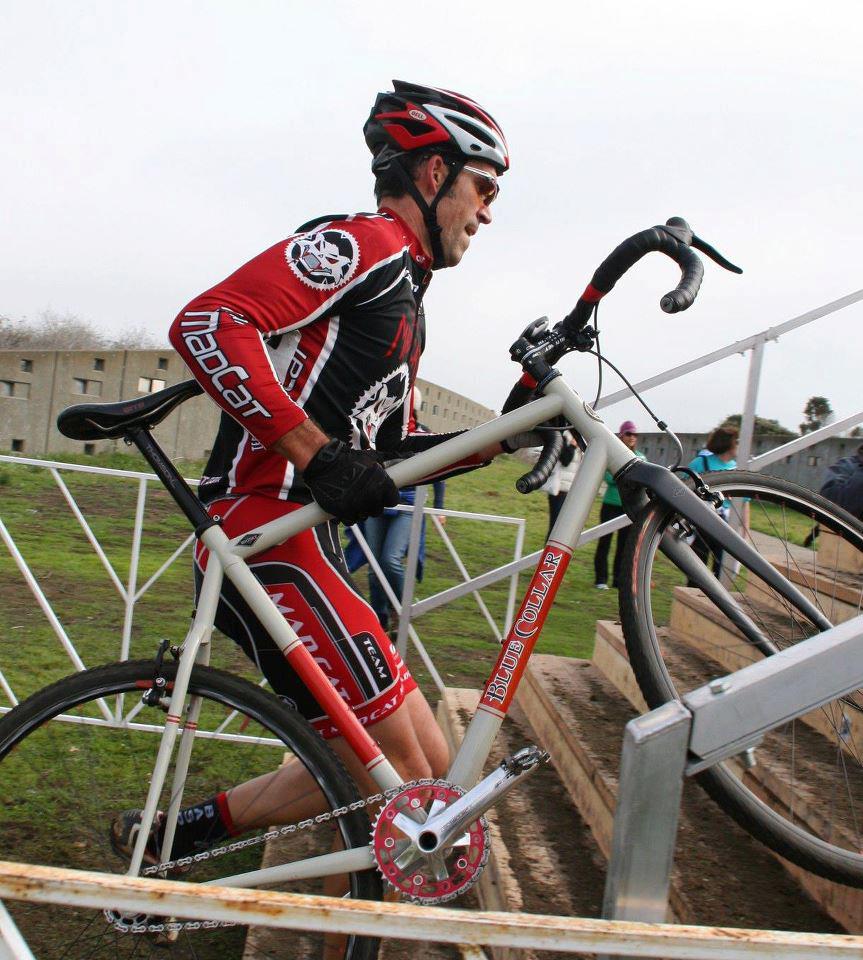 If by some chance, he doesn’t get it back, I will be declaring a call to arms for any and all to keep eyes peeled for someone riding this bike and to then smash on sight.

In other news of smashing things on bikes, but in a happy, and generally healthy way, Cranpa from FBM came through with the goods as always;

this is the most serious and impacting video of 2015-

That video is more Florida than Florida.

And speaking of that thing, for those who haven’t seen John Stewart’s ode to it, then you really haven’t yet lived;

You know, I’m a mere amateur of word blanket making in comparison to Mr. Stewart.

I’d be content to wrap up in one of his any day of the week.

2 Responses to “Curl up in a wordy blanket.”