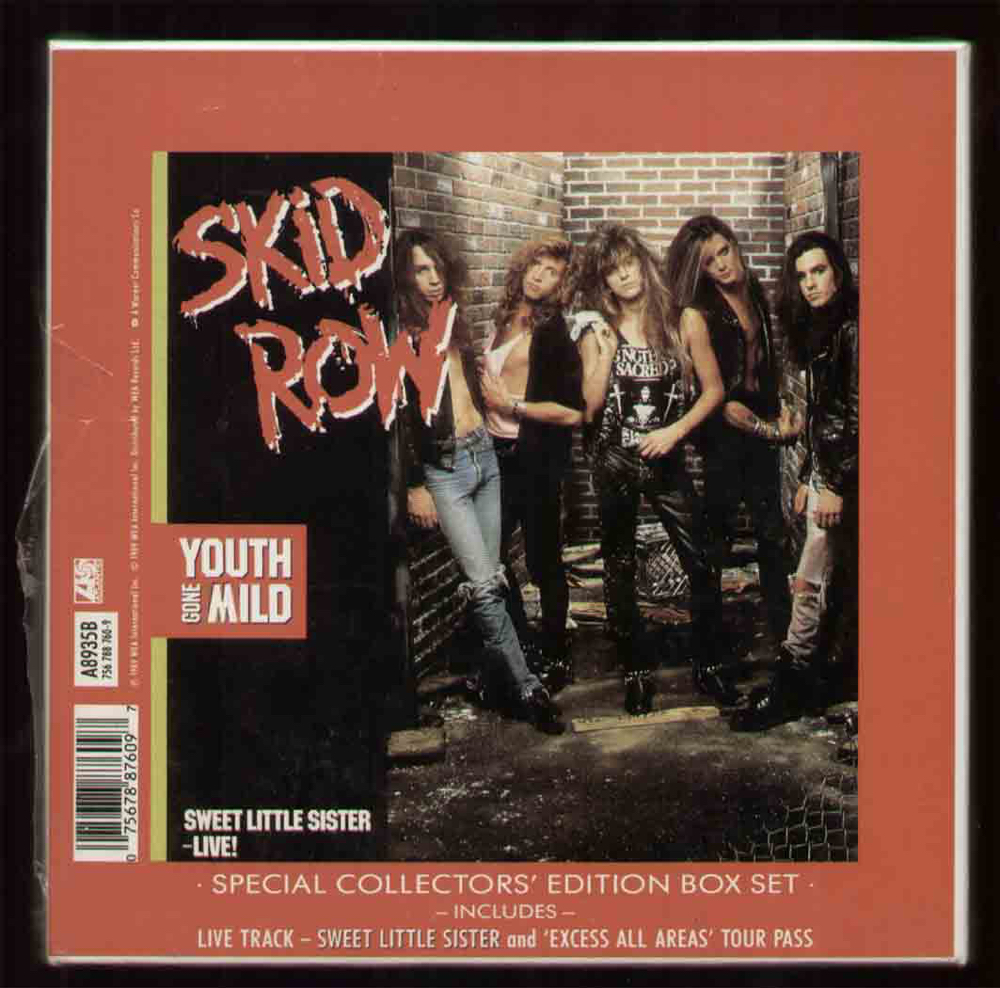 As I sit here and begin the beginning of today’s post, I’m thinking about Skid Row.

Truthfully I’m never not thinking about Skid Row, because of all the rock and roll bands the eighties provided us, never was there one with a hotter singer; 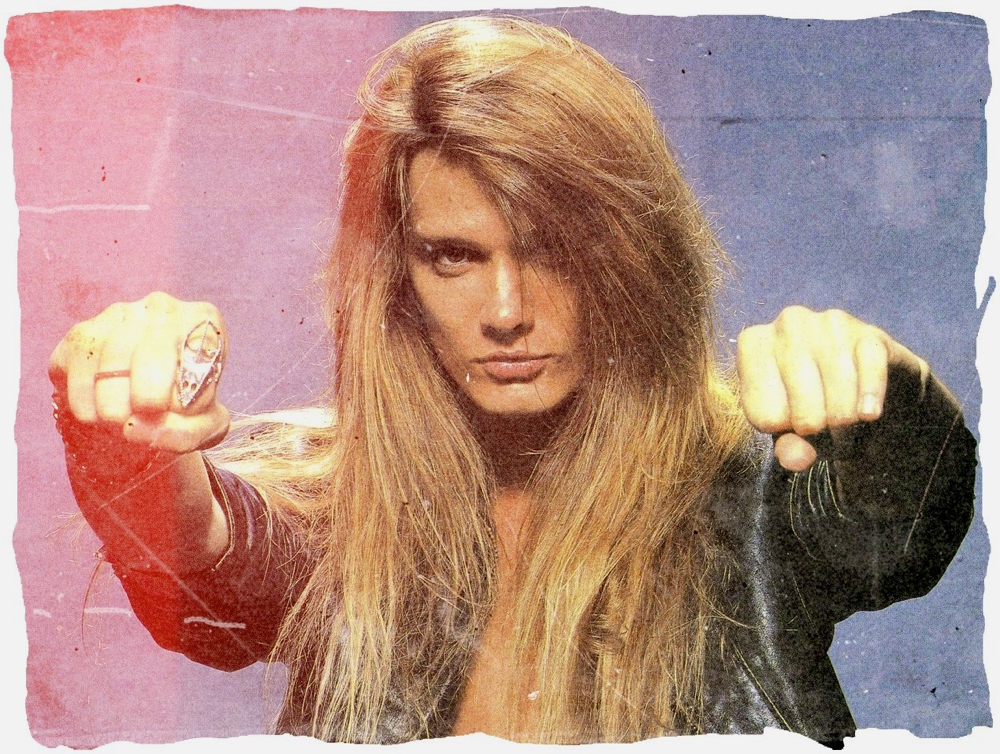 Man, she was a total babe.

But here in the middle of my 40s, I also think about youth a lot, or more specifically mine. I won’t say that I’ve lost it exactly, but more that I occasionally misplace it.

Nobody wants to come here and listen to an old man lament his lost vigor, or ‘where it all went wrong’, but I gotta say, since pinning this ode to skateboarding, and actually putting my money where my mouth was, I haven’t been able to walk right since.

I won’t say that I am a naturally gifted cyclist, but over the decades, I have at least become reasonably proficient at it. Challenging myself both physically and mentally in the act of pushing oneself around a skatepark/parking lot/basement homemade bank has been the most fun I’ve had in years, but Jesus, Mary, and Joseph, has it taken a physical toll on me.

I try not to get too deep into my head in wondering why I’m not as good as I once was, or how many months will pass (if that’s even possible) until I am. I simply am trying to remain present and enjoy the here and now, as well as the periodic earth shattering slam, of which I’ve already had a few.

Since my return, I’ve come to learn of a world wide weekend tradition called ‘Slappy Sunday’, on which old and young people alike converge in parking lots, and have their way with whatever curbs are available, and engage in a maneuver called the Slappy. For those not in the know, a Slappy is a simple, and elemental skateboard trick, in which the pilot throws themselves against a curb and grinds along the lip;

In my time away, a myriad of variations have been developed, all of which leaves me scratching my head, and rubbing my swollen ankles;

Dennis Busenitz clearly knows a thing or two that I don’t.

Just the same, my last few Sundays have been filed with beer, laughter, snacks, girl watching, hanging out with friends; 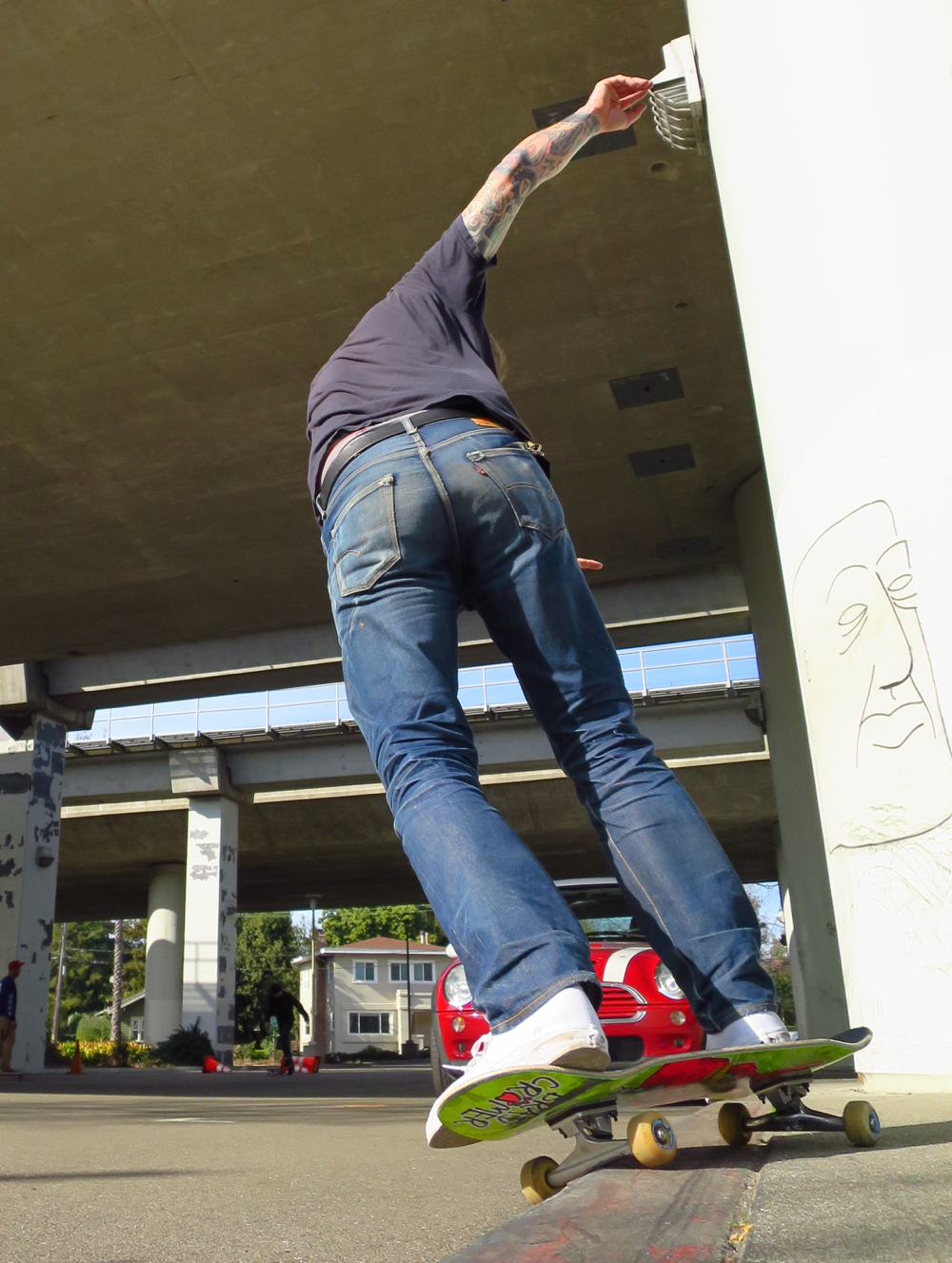 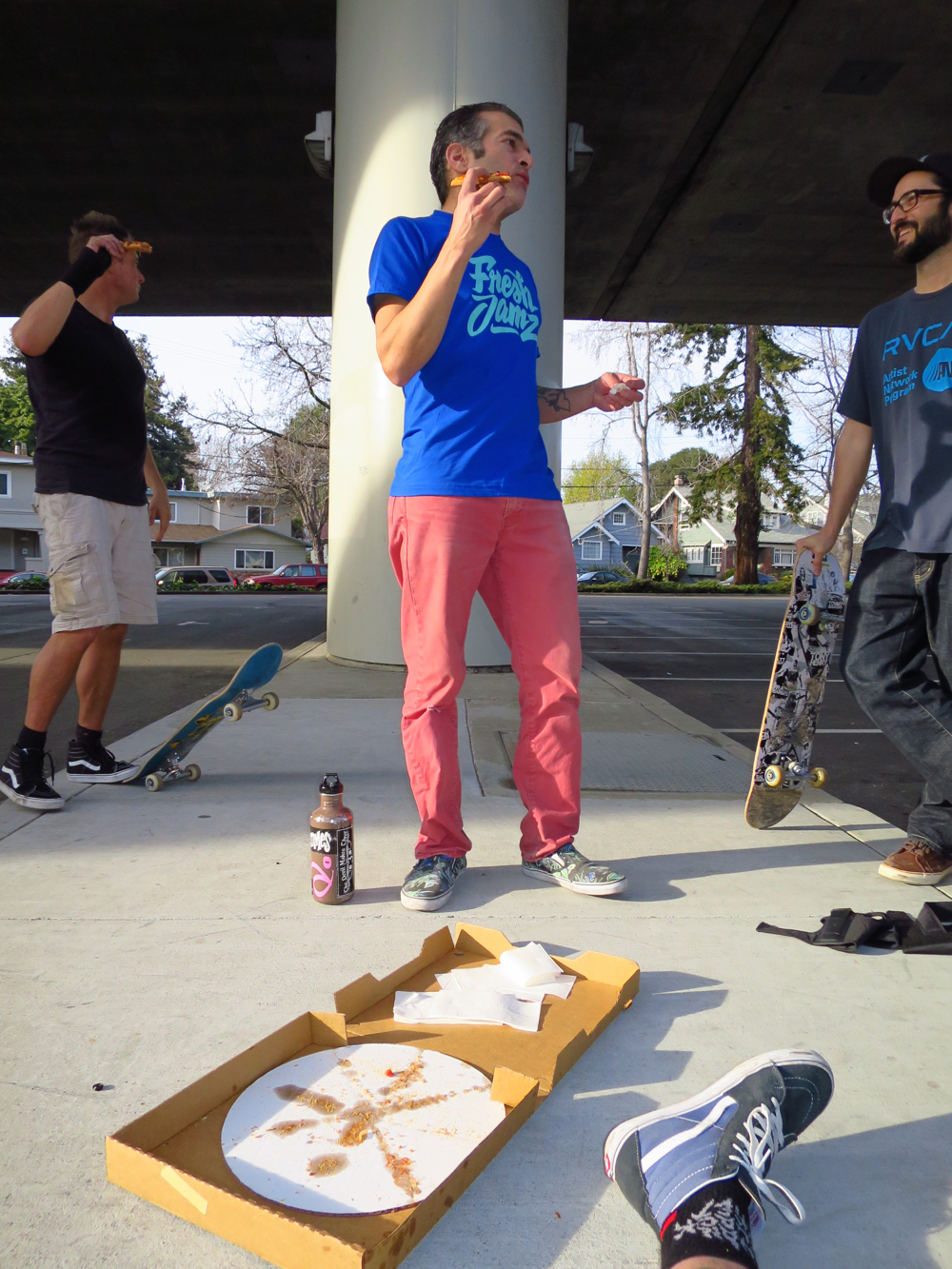 -And slamming so epically, my soul got bruised.

Like riding singletrack, some people will always be better and some people will be worse, but it’s the path that lead them there that’s exactly the same. It’s the pursuit of peace, and self discovery, and challenge and though that, the gain that drives us to do what we do.

Granted, one thing that you don’t often see while dorking it up in a parking lot are the discarded fruits of dog walker’s efforts; 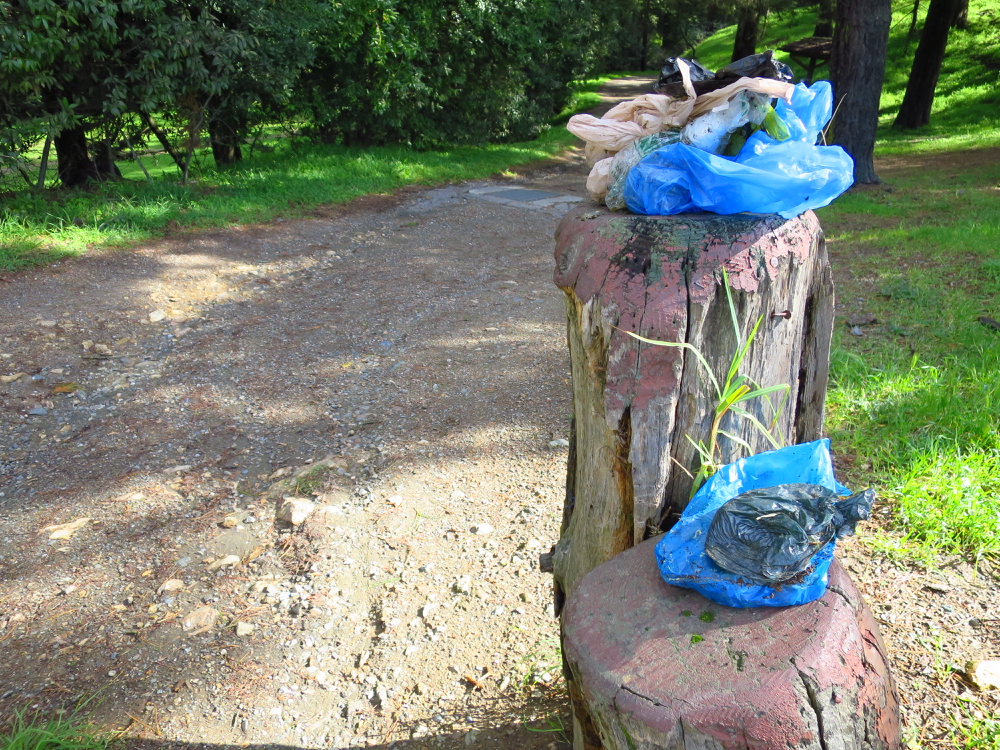 I’d like to note that this pile was collected by me in a preposterously short distance, on a recent sojourn into the woods.

And again, while I do appreciate people taking their four legged companions on walks and treating them to a taste of the great outdoors, if I should ever happen to come across an individual leaving one of these behind, I’ll go on record by saying I plan on completely losing my marbles.

Thankfully however, Yafro made contact with evidence of, for lack of a better title, a dog shit Bigfoot;

We were walking around on the local trails yesterday and as we’re coming down (retracted) toward the bottom of the park a guy scrambled across the creek valley and headed down the trail in front of us.

My better half pointed out that he might be the poop fairy because he was carrying a clear plastic bag with a bunch of colored plastic bags inside of it yet he had no dog with him.

He was hustling down the trail so this is the only picture I was able to get. You can kind of see the red bag in his right hand; 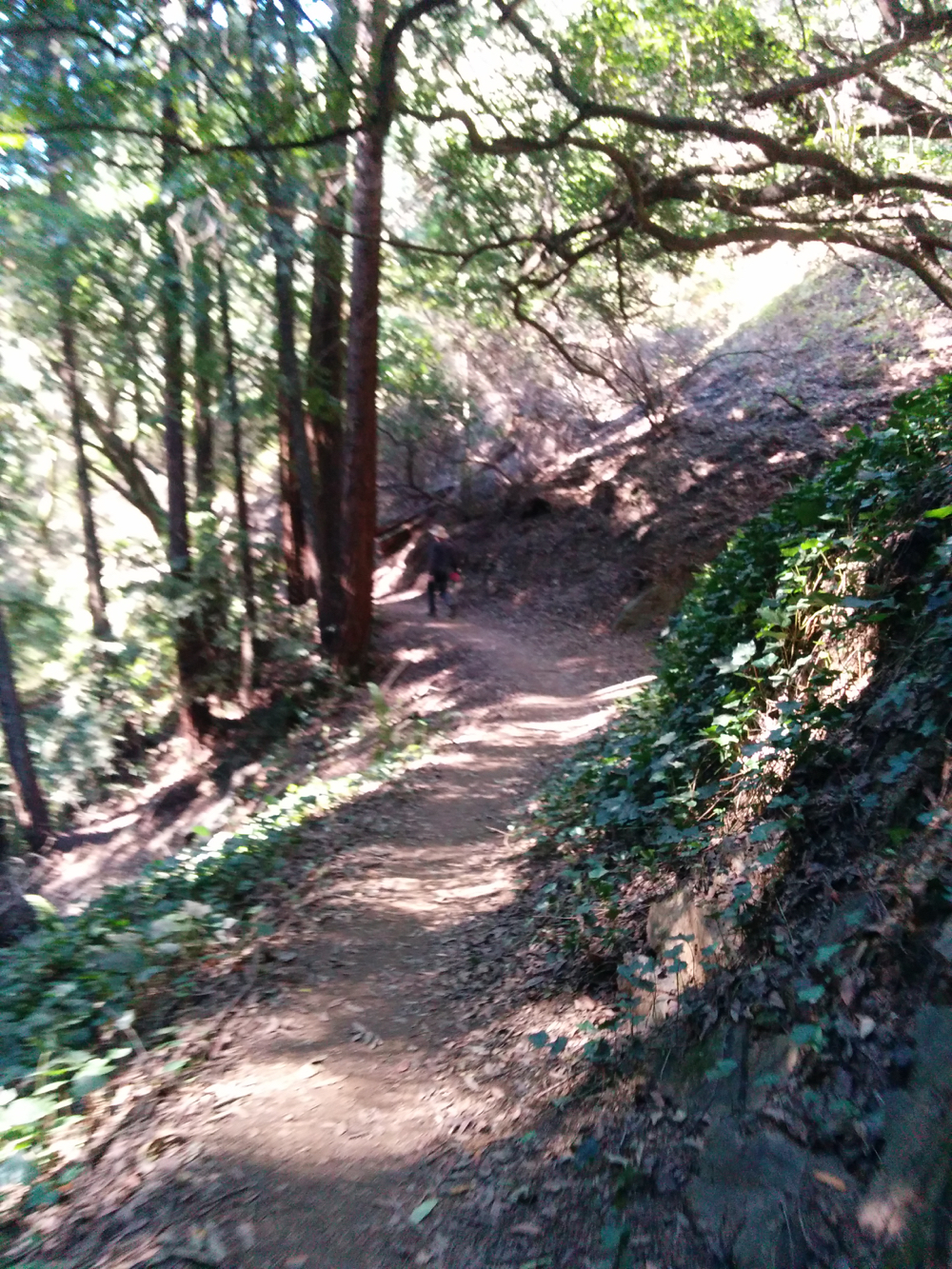 Good on him. There’s a special place in the Heavens for this fella, and I hope that he knows the depth of my appreciation.

Besides that saintly individual, another one of the things I gladly come across whilst engaged in the mountainbikecycling however, are likeminded and happy peeps, not unlike those featured in a new video that was shared with me by Peter;

Peter (sutro shred creator) here with a new video! I just made a video for my
high school mountain biking team, San Francisco Composite (maker of corn dog parody video). The video is a great introduction and also depicts the spirit of high school mountain bike racing, one of the fastest growing sports across the U.S.

It would be super rad if you posted it.

Peter’s proof that the kids are alright, and based on his use of a camera, and video editing software, approximately 185% smarter than I am.

Peter and his compatriots are keeping the good time fires burning, and are clearly appropriate guards of the gate until their youth goes the way that nature sometimes intends.