For you see, as a result of living an active lifestyle, I will be going into surgery on Friday. I might die, or I might come tap dancing out of the operating room. At this stage, I have no way of knowing. One thing I do know is that Friday’s post is taken care of what with those month end cop-out shenanigans in which I’ve been engaging, but beyond that, all I can see on the immediate horizon is a fog of pain killers, and giant, weird old person toilets; 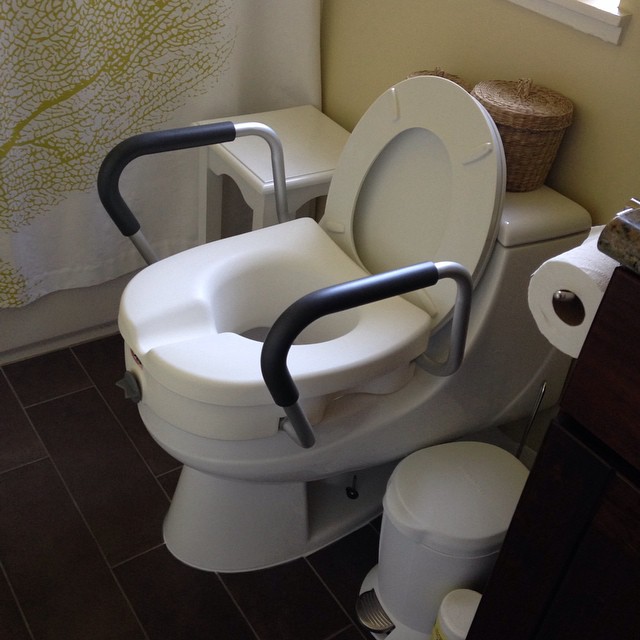 I’ve been asked what that channel in the front is for, and I can only guess it’s for when I completely lose my will to live, and just choose to sit and piss all over my pajama pants.

Which according to my schedule is in about the time at which you’ve concluded reading today’s post.

So we’ll cross paths when we do. Don’t forget about me in my absence, and understand that there’s nowhere I’d rather be than not in an operating room, or attempting to perch atop a big, weird toilet contraption.

If I had an ounce of dignity left, that would most certainly snuff it out.

Now before we get the opportunity for anyone to make the obligatory ‘you mean you had dignity to begin with?‘ jokes, it seems as though the introductory topic of Monday’s post resonated with a few folks, and inpired them to make contact with tales of their own woe.

Like for example, this one from Chris; (images provided by me for effect.)

Your story of the guy that raged on you made me have a flashback to a similar experience I had that I thought you’d find humorous/sad, but this was going to be too long for the comment section.

Every fall, one of our local shops, Acme Bicycles, puts on a series of free, yes I said FREE, cyclocross races in the multitude of parks we have in town. I go and participate in them, knowing full well that I’m gonna get beat down but it’s a good way to spend a Saturday afternoon and/or Sunday morning. As with every race there are guys that are WAY too serious about this shit, especially for a FREE race.

Here we are at the race where we have 3 groups of riders, we all take off at the same time, with about 30’ish total riders in all groups. One group does 4 laps, one 5 and one 6. I’m in the five lap group and I’m on lap 4.5 when I hear someone coming up from behind me. It’s the lead guy, who we’ll just call Johnny, from the 6 lap group and he’s charging hard . Because I’m not “in it to win it” and honestly, I don’t care all that much, I always pull over for those really fast guys, but in this case, we’re entering this little steep hill section that requires you to keep your momentum up. As we’re hitting the bottom of this section, he’s yelling that he’s coming by. Well, we hit this hill at the same time and as we both crest the top he tries to motor past me and throws his chain. I’ve kinda stumbled at the top and have to remount. As I do he’s having the hugest meltdown ever, throwing his bike, yelling at me about why I didn’t get out of his way, etc; Naturally I keep on pedaling.

Just before the finish area, theres another climb, followed by a twisty chicane section. As we just enter the climb, I hear someone approaching and it is now the two lead guys, Johnny and another guy. I just pull over and let them by. They motor on through and as they enter this twisty section, there is an older lady on a bike path type bike riding in the 4 lap race, and she’s in Johnny’s way, causing him to have some sort of malfunction and lose the race.

I finish just after Johnny does and he’s yelling at the older lady about moving out of the way; 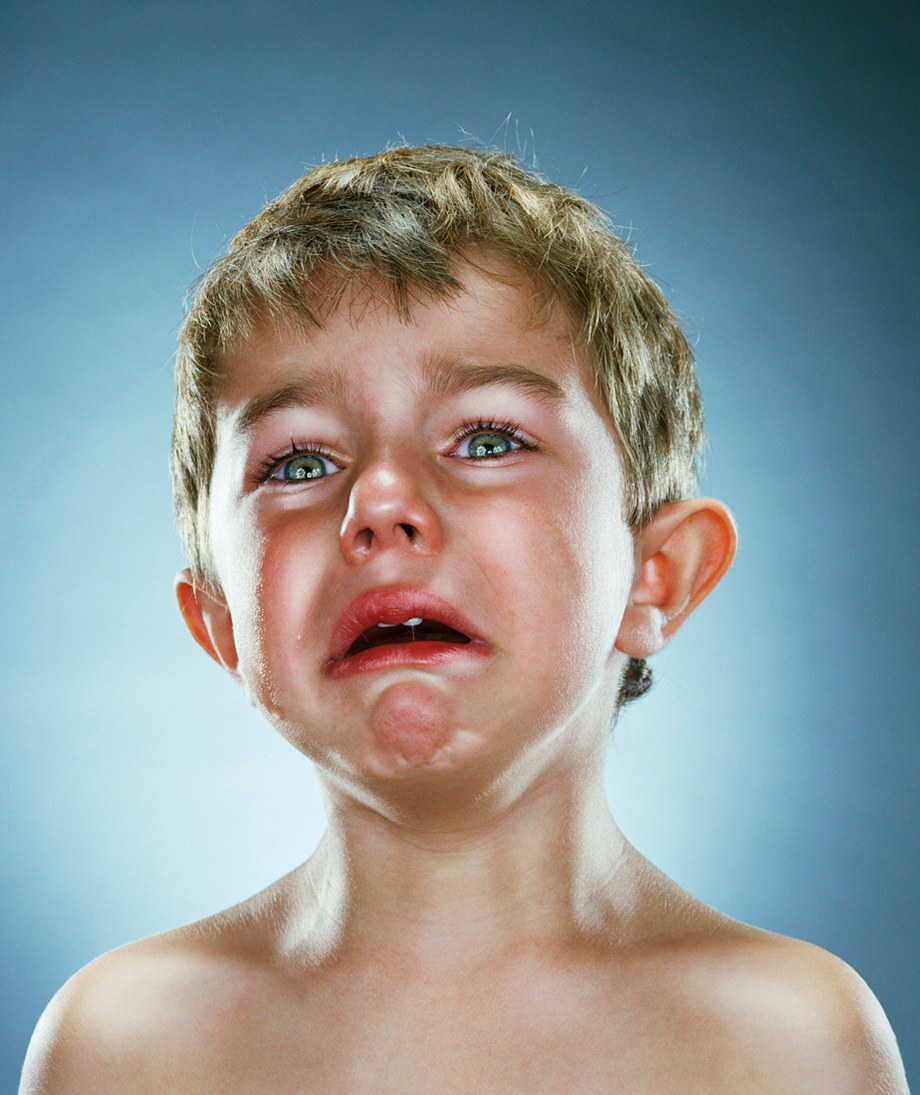 I go over and tell him I’m sorry if I did anything to cause his problem (even though I didn’t) just to try and diffuse the situation. He yells at me a little bit more and I walk away. I then see him on the other side of the picnic shelter repeatedly picking up his bike and slamming it to the ground, yelling expletives; 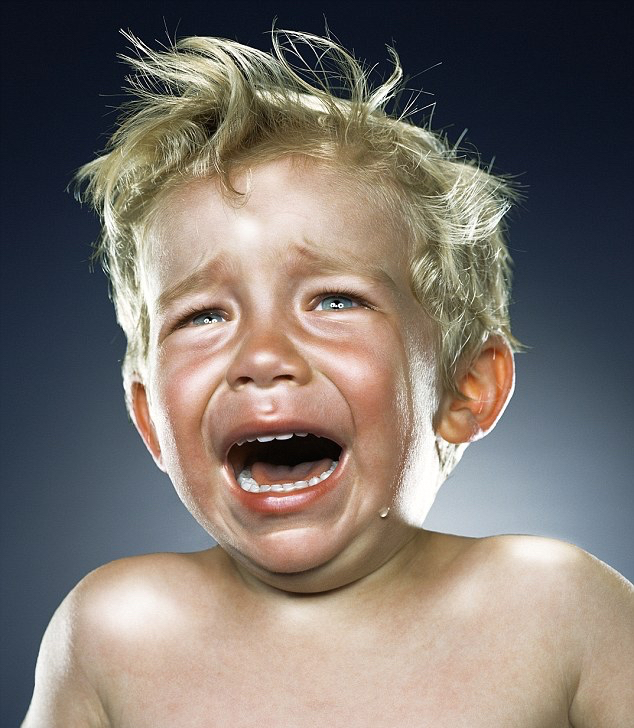 Reminder, this is a FREE race with absolutely NOTHING at stake, although I don’t care if it’s the world championships, people shouldn’t act this way.

As is normal with these races, we all pitch in to help clean up the course. As I’m going around helping, a couple people come up to me and say not to worry about it, that’s just how Johnny is, etc. (Which by the way, I wasn’t worried about, I wasn’t the one acting like a fool.) After we get the course cleaned up I’m getting ready to ride home and Johnny, who had just been sitting in his car the whole time, approaches and apologizes about his behavior! Could have knocked me over with a feather! And, the icing on the cake was I got a “friend request” from him on Facebook the following day. Funny stuff.

So, the point of my story? It’s not guys like you or guys like me ruining races, it’s guys like Johnny or Ti singlespeed douchenozzle that are ruining it.

As folks are we’ll aware, I’m a huge fan of bike race cry babies. Remember this post (just scroll to the bottom) which detailed one fellow in particular melting down and giving his custom Vanilla (a bike that may very well have ended up on EBay), a heave-ho into the bushes?

Well, I sure do, and among all of the soap boxes on which I stand, shaming this ilk is one atop I stand most proudly.

In other news not relating to prima donna asshats, but rather to just about the best skateboard trick in existence forever, and ever amen, as well as the thing what keeps me motivated to one day walk again, Jenkem Magazine has done a crucially important service by penning an ode to the ten most inspiring slappies.

From my perspective, and though I can’t pick ten, my top six (seven if you include the horseshoe shot) favorite in no particular order are as follows; 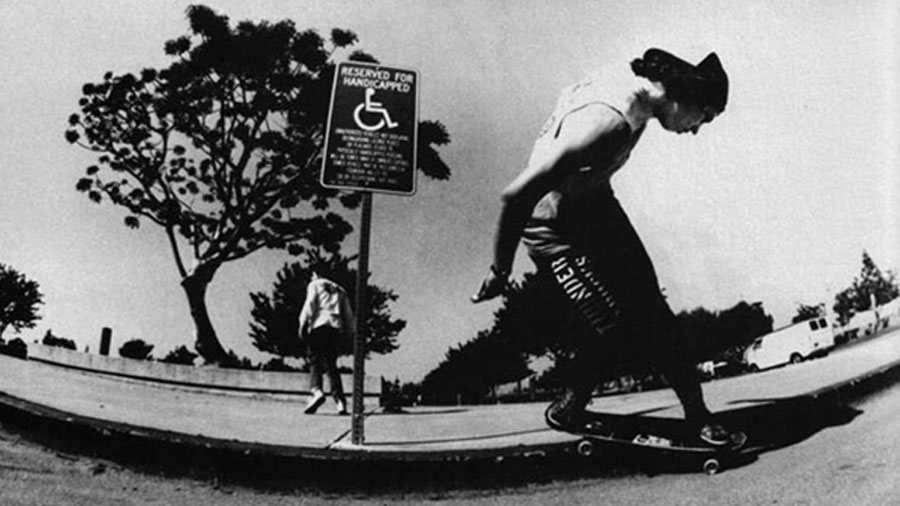 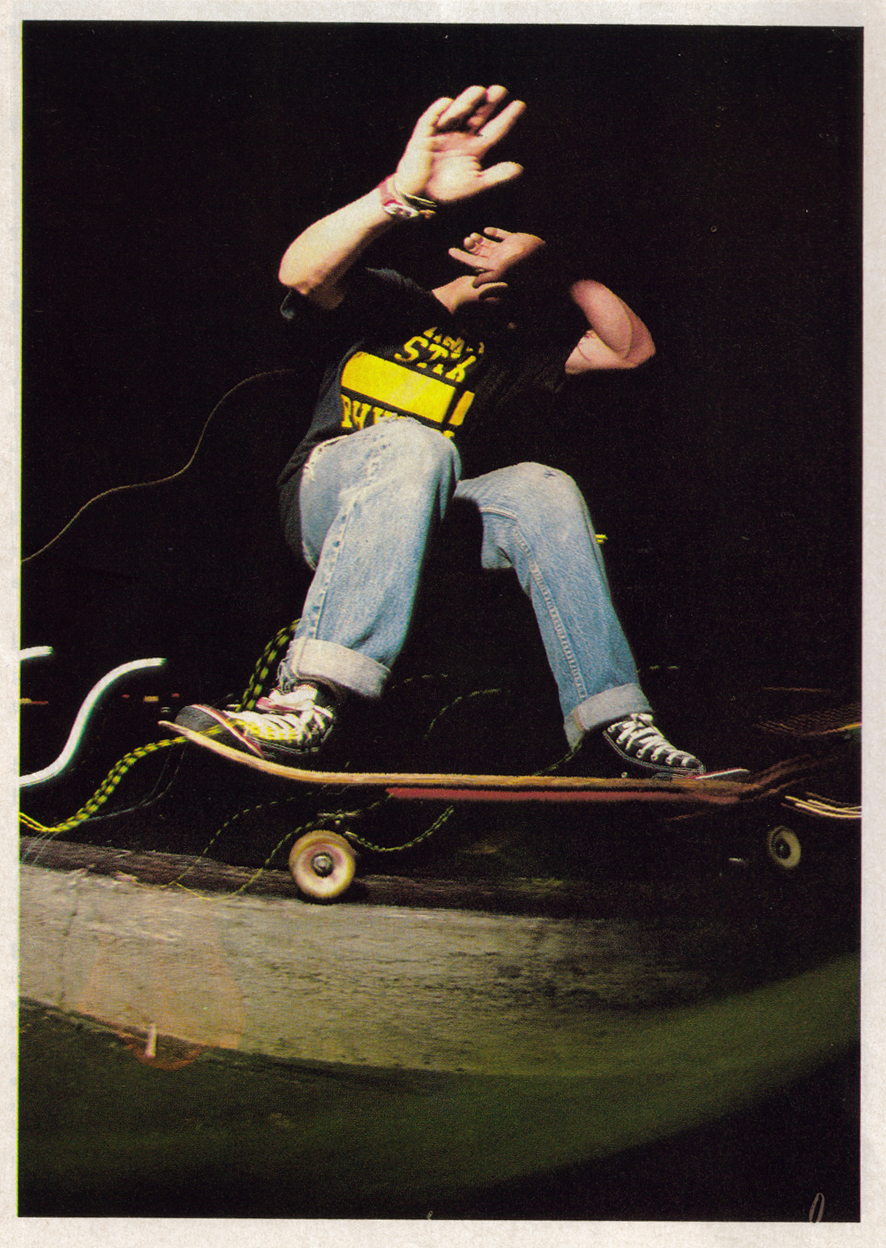 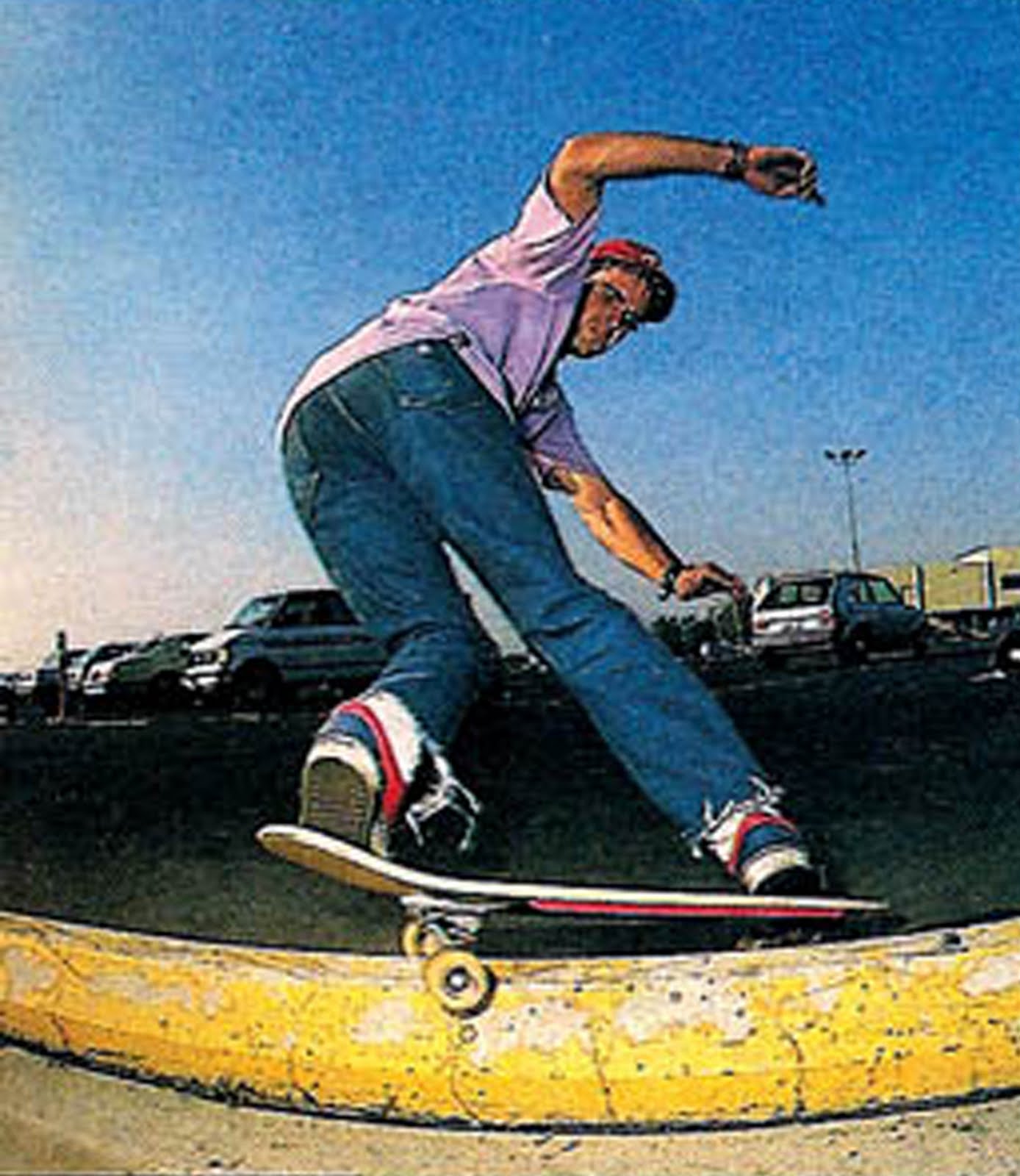 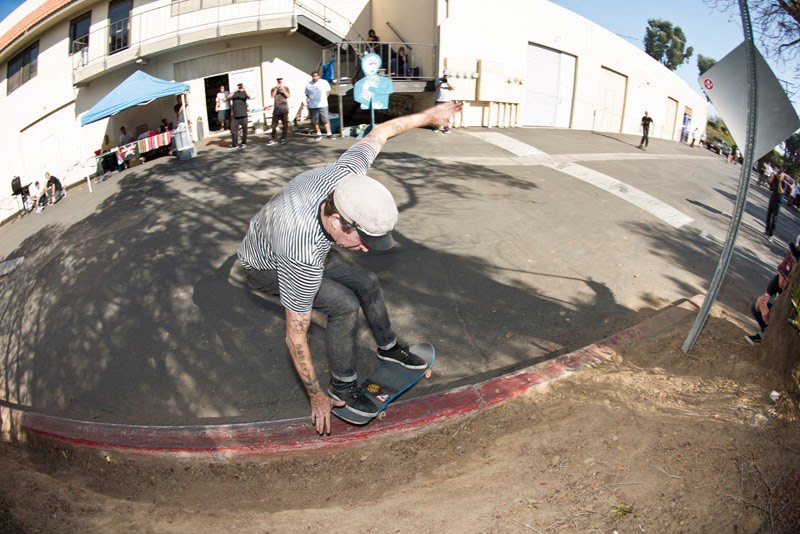 Though it’s not a slappy per se, from the time it was originally published, I’ve always loved this image; 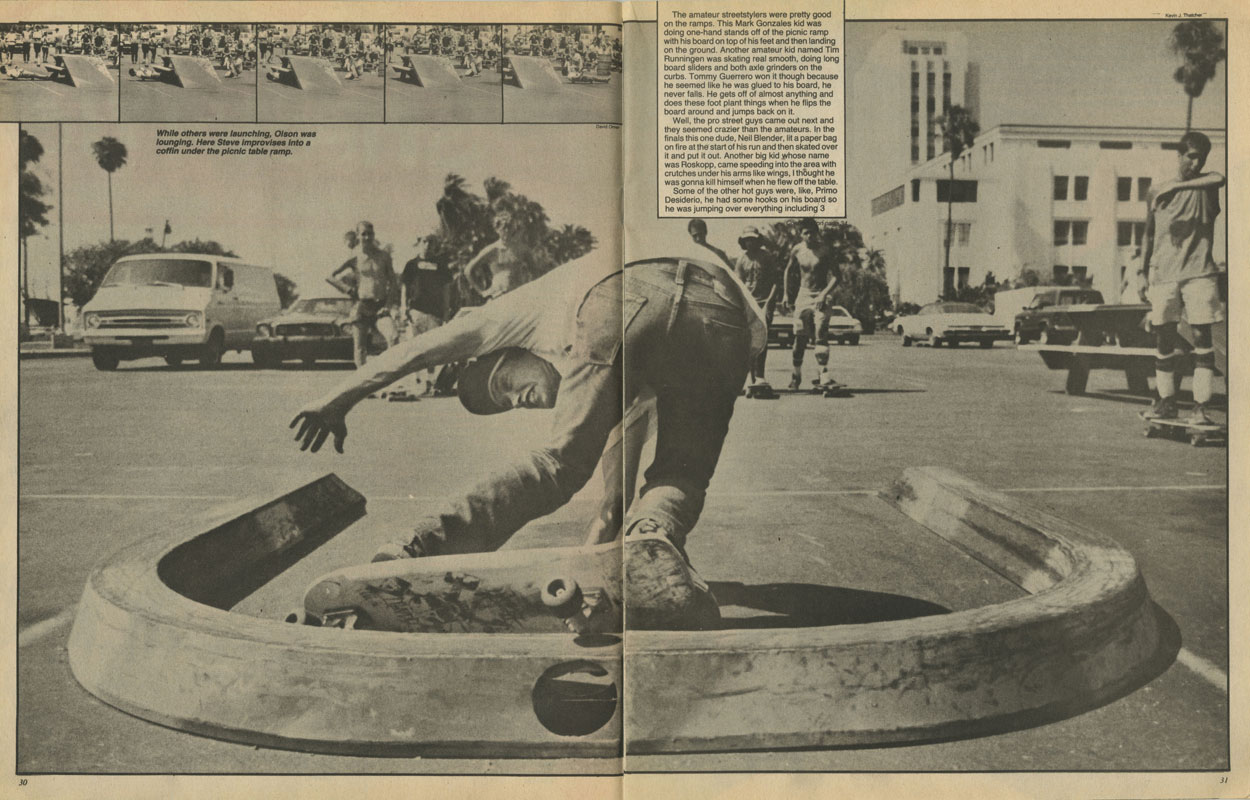 Finally, this sequence of Mic-E shot by Luke Ogden approximately one million years ago, was the thing that ultimately made the value of curbs fall into place within the vacuum of my own mind. Clicky to make biggie, and take note of his front truck in the second image of the sequence;

That shit blew my mind both as a kid, and now as a developmentally arrested adult.

The rad thing about curbs is 99% of the population sees a cement block, if they even see them at all, and generally pay absolutely no mind to them whatsoever. Skateboarders on the other hand, look at them- This thing that’s so impossibly mundane, and see potential for a great deal of fun.

That is why I love them. Though admittedly my adoration has wavered to varying degrees the last decade and a half, there was an ember still always smoldering, which in the last year has erupted into a veritible inferno.

The bottom line is that I generally love the mundane, and thrive on finding inspiration where there should be none.

This holds true in almost all facets of life… Except where giant, weird, old person toilet extenders are concerned.

Those things can go to hell.