The very astute, and sadly, often forgotten phrase ‘those who do not learn history are doomed to repeat it‘ was originally said by philosopher George Santayana, and given current goings on in our world, seems to be a thing to which not too many folks are holding very tightly.

In the labyrinth of my own brain meat, I’ve not only recently been thinking a lot about this, but more specifically about the volumes of history that has been lost, or even recently, been profoundly distorted by our rapid access to information. I think about and lament the loss of world events, as well as personal ones that for whatever reason were never chosen to be a component of the CliffsNotes version that’s taught to all of us in primary education.

I suppose this all began ruminating a couple of years ago when I read an article in Newsweek about the generational and systematic blacklisting of the families of the individuals who attempted to assassinate Adolph Hitler; That was certainly a part of the story I never knew about, and as important as it is, I began dwelling on all of the other equally critical information that must exist in the margins.

I stewed on the families effected by Hitler’s failed assassination attempts, as well as all of the other stories I assuredly had missed out on. Then, as all of this was flip-flopping around in my head, my friends Jmak and Tina purchased this painting from a local estate sale; 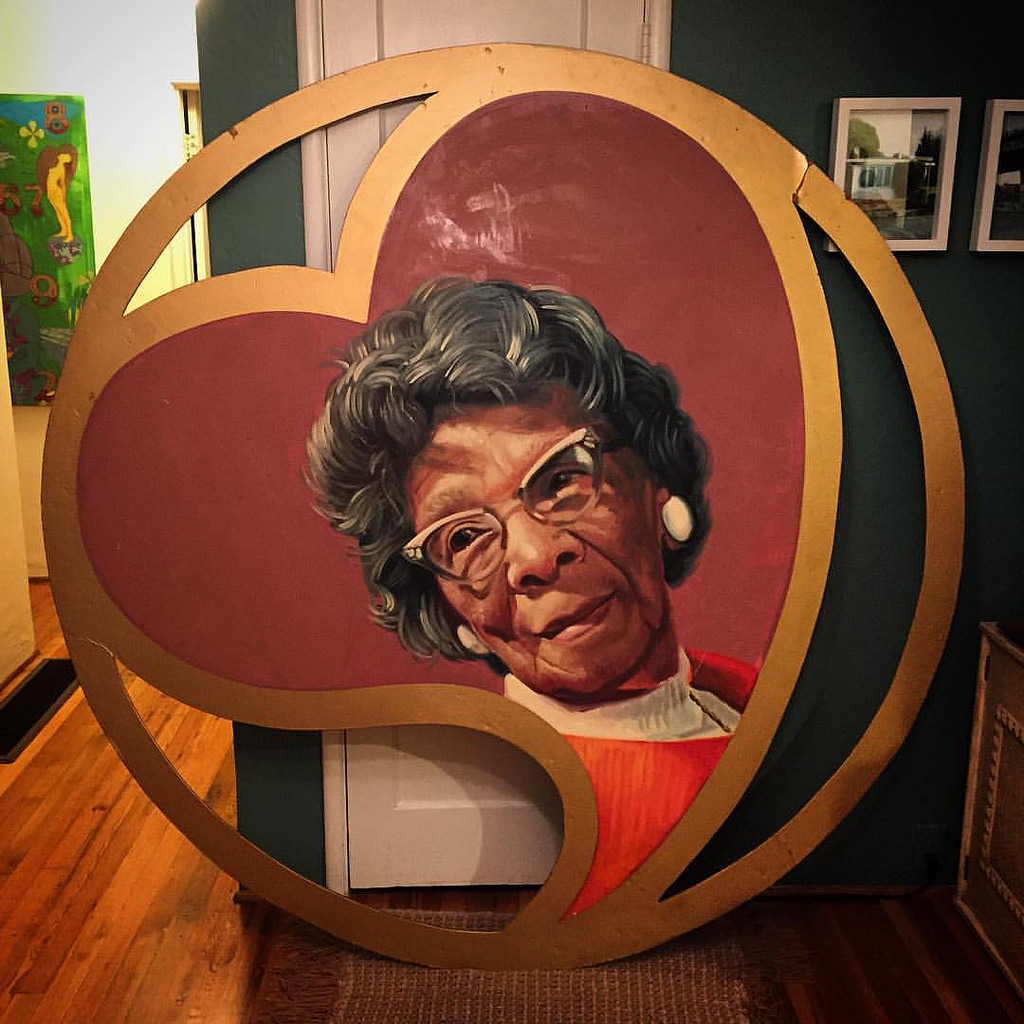 Along with it, they picked up some small snippets of information about who she was and why this (in my mind) brilliant portrait was painted of her. As they began piecing Lucile’s life together, I continued down the rabbit hole of all that has been forgotten.

Like for example the following article I just came across about the dying dialect of Texas German.

“What? That’s a thing?” I thought. “Well, what else have I missed?” Being just one more self involved human animal, I can’t help but wonder what impact I’ll eventually have, or will all of the things I’ve done, and drawn and written, and painted slip away forever the moment I pass from this mortal coil? The more I think about it, the more gigantic it becomes.

From that point I think about actual events versus the digested version that the media provides any of us, and I simply have to lie down on the floor.

Truthfully, it’s nearly too much to wrap my mind around, because it’s very literally a matter of trying to catalog all of human history, which because there are so goddamned many of us, would be impossible.

Then, as if the universe was attempting to provide me some form of resolution, as I was listening to public radio the other day, like clockwork on comes an interview with a fellow named Dave Isay who founded a project called StoryCorps;

I’d heard bits and pieces about this over the years, but hadn’t quite fully understood the gravity of it until coming across this interview.

He said that they’d expanded the project from the recording booths in select locations around the country to a recently launched app with which subject’s stories can be recorded and immediately uploaded to the Library of Congress.

Similar in a way to Found Magazine, I see this as a tool to show all of us that we’re not so isolated on this big blue marble and the feelings, thoughts, experiences, and history of strangers are just as relevant to our lives as our own. We’re all intertwined, and we’re all connected, and I suspect the sooner that this realization is made, the better off we will all be.

Besides comic books, food, heartbreak, fuzzy buddies, and things with wheels, this concept is just one more thing that I spend my days dwelling upon.

Luckily I have periodical emails to distract me from slipping into complete mania.

Just such an email came in on Monday from Jeremy of Standard And Strange as well as Cedar Cycling with details regarding a thing that those for a love of wool might want to pay attention to;

We finally pulled the trigger and cut the pricing across the board on the last 75 or so remaining jerseys in our inventory.

Everything’s $100 or less until it’s all gone away. If you want to tell your internet friends, we’d be honored. But – the reason I didn’t have you post a funeral announcement before- we’re looking a new start in 2016. Pretty simple really: People love the product. If we don’t fuck about with wholesale or a bunch of other things that don’t matter, we can cut pricing back quite a bit and offer plain, high-quality, oakland-made woolie cycle-shirts for $99.

That, or I’m going to start a new business manufacturing electric longboards in berkeley.

Hope you’re doing well this year
all the best
Jeremy”

That is a damn shame, but for now, their loss is your gain.

I’ve gushed about the Cedar jersey before and I love it as much today as the first day I snuggled up with it; I love this piece of clothing a whole lot, and I look forward to seeing what the future holds for this little brand that’s trying.

In news of rollerboarding, I recently posted a photo on the Instagrams depicting one of my favorite rollerboarders of all time, Mr. Garry Scott Davis; Piping up in response was a fellow named Michael who is the bossman over at Cockfight Skateboards who notified me that the locals of that ditch fought the rain last weekend in order to hold the 32nd annual Turkey Jam. They’re shooting for a re-try this weekend, but being the committed individuals that they are, pulled out all the stops just the same; 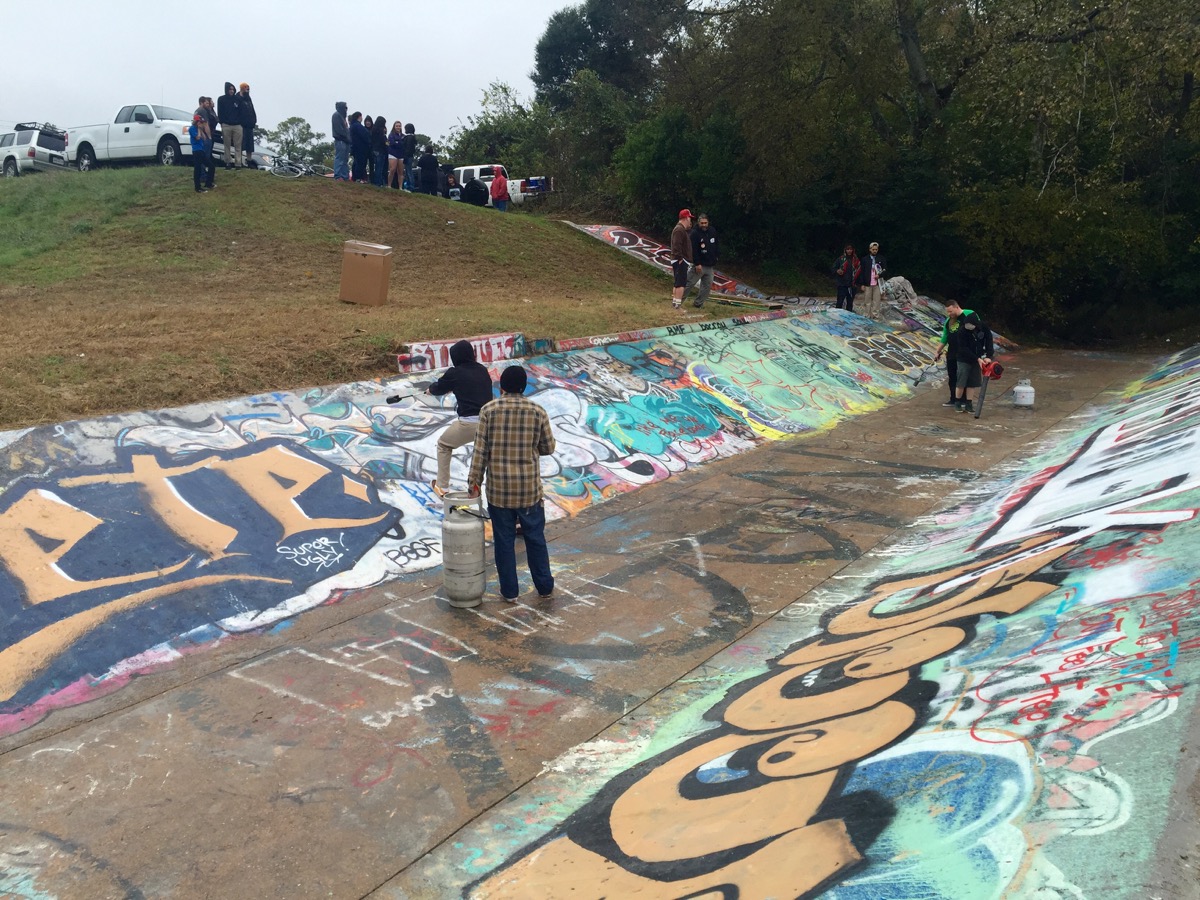 Finally succumbing to the tears of God, they adjourned to the brewery; 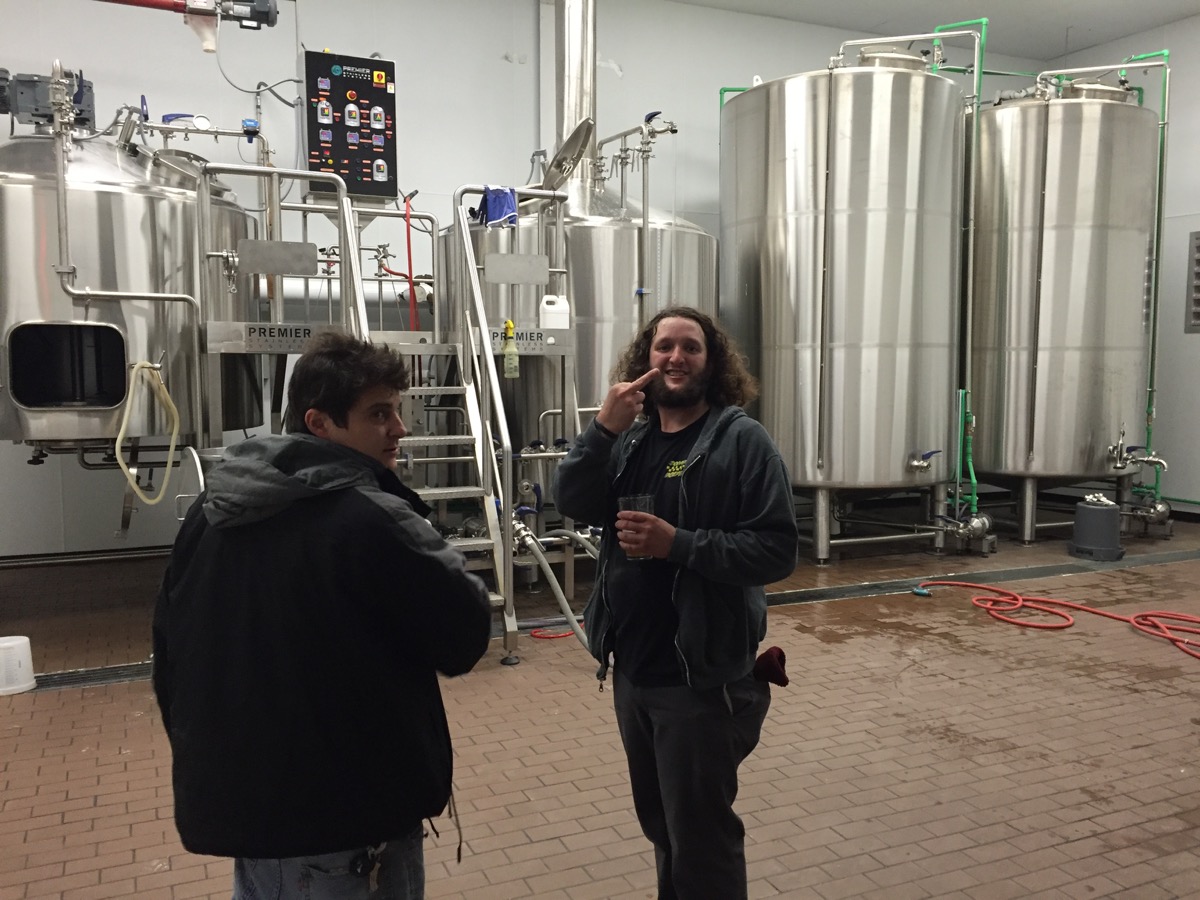 You see? skateboarders and bike dorks of our cloth are more alike than we are different.

The EZ7 ditch is a thing of legend, and has seen sessions for over half of my existence in this world. Like Repack, Sheep Hills, or Mount Evans is to cyclists, EZ7 is a significantly important piece of skateboarding’s heritage, though I wouldn’t go so far to say that this particular bit of history is lost to the general population, per se.