Before we get into anything I’d like to mention that Friday will find me junk deep in all things NAHBS related, and a few things totally not.

I’ll be back in your loving embrace in some form or fashion on Monday the 29th. If there’s no post here on Monday, I got beat up in Sacramento and left for dead. If that’s the case, we’ve had a good run.

I’d also like to say that today is the final day to get your order in for the newest AHTBM T-shirt of the month club offering;

I’ll be submitting this order to the screen printer tomorrow and after that it will take about a week or so before I go to the shop, pick them up and ultimately ship them out to all of the patient individuals who’ve been waiting for their goods.

Now then, let’s get on with today and a boatload of various this-es and thats to cover, naturally all of which have nothing to do with one another, or really, anything of any importance at all.

Coming out of the gate with a fury, I have a question for you-

Well, it seems as though the friendly friends at All City Bikecycles have just pulled back the curtain on their newest release, lovingly called ‘The Log Lady’;

Not only that, but there are release bashes happening nationally on this very eve; 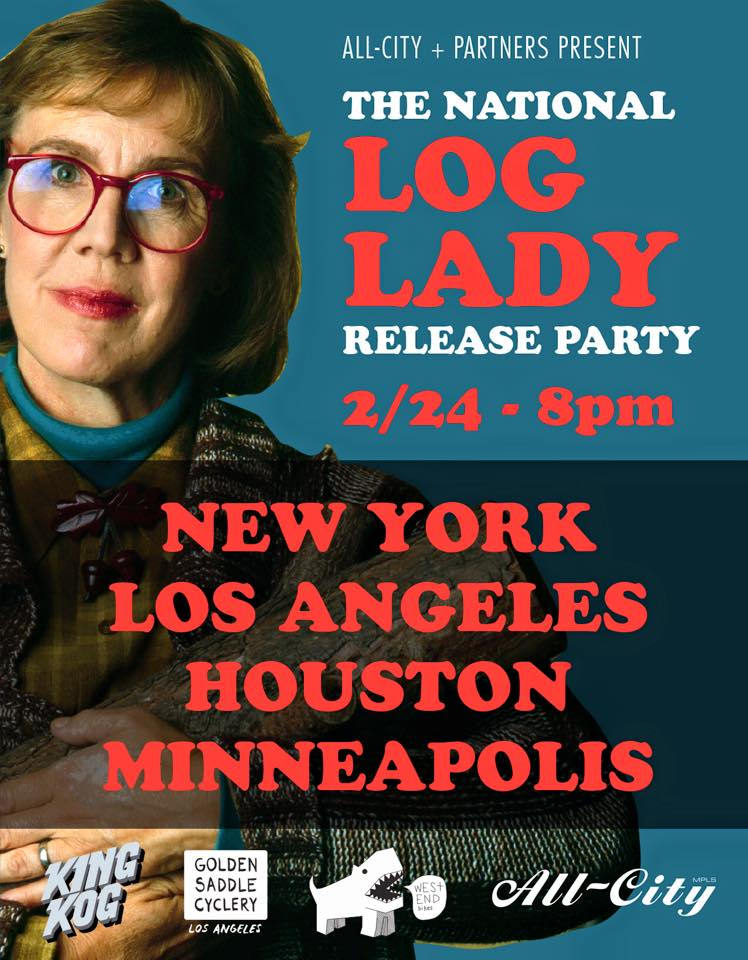 Moving on to other corners of the industry, another long time favorite video series is that which comes from Portland’s 21st Ave Bicycles up there in Portland.

They’ve brought us favorites such as ‘Happy Springtimes’ and ‘Suprese’.

Well, they’ve come ’round with another one that they call ‘Streetcar Track Science’ that Tim elaborated on thusly;

We put a new video together demonstrating the proper amount of ridiculousness needed to cross dangerous train tracks in Portland and beyond. Check it out, and if you could give it the AHTBM post of approval we’d be much obliged.

-My personal favorite component of said video would most likely be this; Because if there’s one thing I love, it’s layabouts.

And speaking of which, there will be layabouts a’plenty at this weekend’s aforementioned NAHBS event happening just a few stones’ throw away from my current coordinates in Sacramento, California. There are sure to be lots of pretty things to see, and lots of nice people to say hello to.

And at the risk of repeating myself, besides all of the drool-worthy wares that will be on display, there is also going to be an unofficial/unsanctioned awards ceremony celebrating them;

This bash is brought to you by The Bike Biz, Squid Bicycles, Blue Collar, and yours truly. Beer will be paid for until we run out of money, and the whole thing is simply in celebration of handmade stuff, and the keepers of the torch, The Society Of People Who Actually Make Their Own Shit;

Because when am event like NAHBS occurs in Northern California, you’d better believe that SOPWAMPTOS will in some form or fashion, be a part.

And because they are, you better also believe that at least three to four feelings will be hurt.

Not exactly related to hurt feelings, last week Giro Cycling’s Scott Junker reached out with a flyer for an event that was going down down there in Santa Cruz, which I wasn’t able to get up in a timely fashion due to the Nerd Off shenanigans; 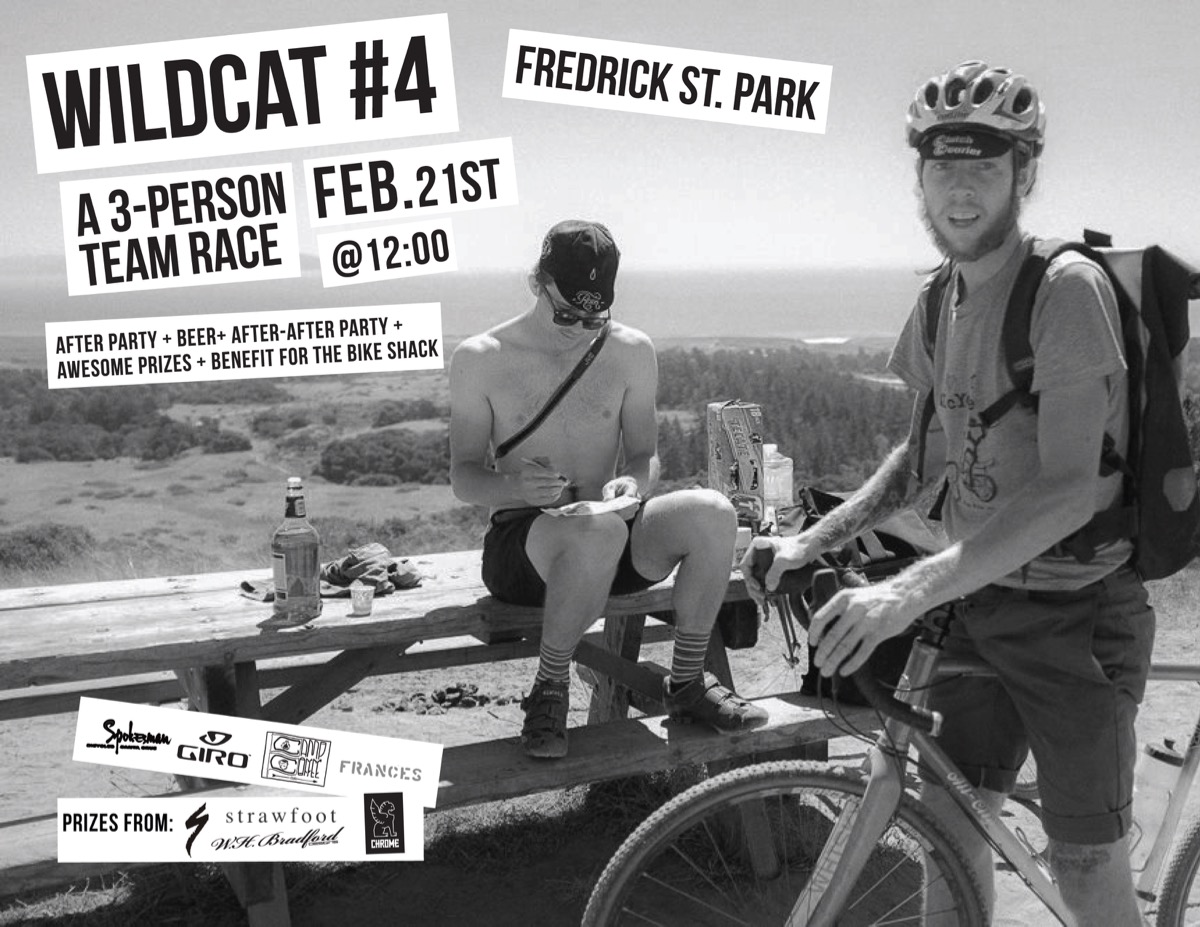 Thankfully he also came through with a briefing on what and how it all went down;

Sorry you couldn’t make it. There were about 75 people who split up and jammed all over town.

The format was pretty cool;
Teams of three were hectically formed at registration and each team got three different crappily hand-drawn but accurate maps, each with a different set of checkpoints.

The “hard” segment covered Henry Cowell and Midtown, the “harder” set covered Campus, Wilder and the Westside, the “hardest” map had a checkpoint at Sandpoint and two stream crossings which were pretty deep.

Immediately before Hans started the race some lady actually told us to stay off the grass in Fredrick Street park, so we left.
A handful of folks from out of town ended up climbing hinkley /olive springs because they didn’t know any better.

Everybody got their socks wet, a couple of people beat the checkpoint workers to the checkpoints and a ranger was turning people around on the tracks to Henry Cowell but nothing bad happened and we all ate rice and bean burritos and drank beers in De-La at the end. So basically it was a total success and now the Watsonville bike co-op can afford some tools.

Damn me and my inability to ever leave my house.

I’ll make it to one of these one day, maybe. 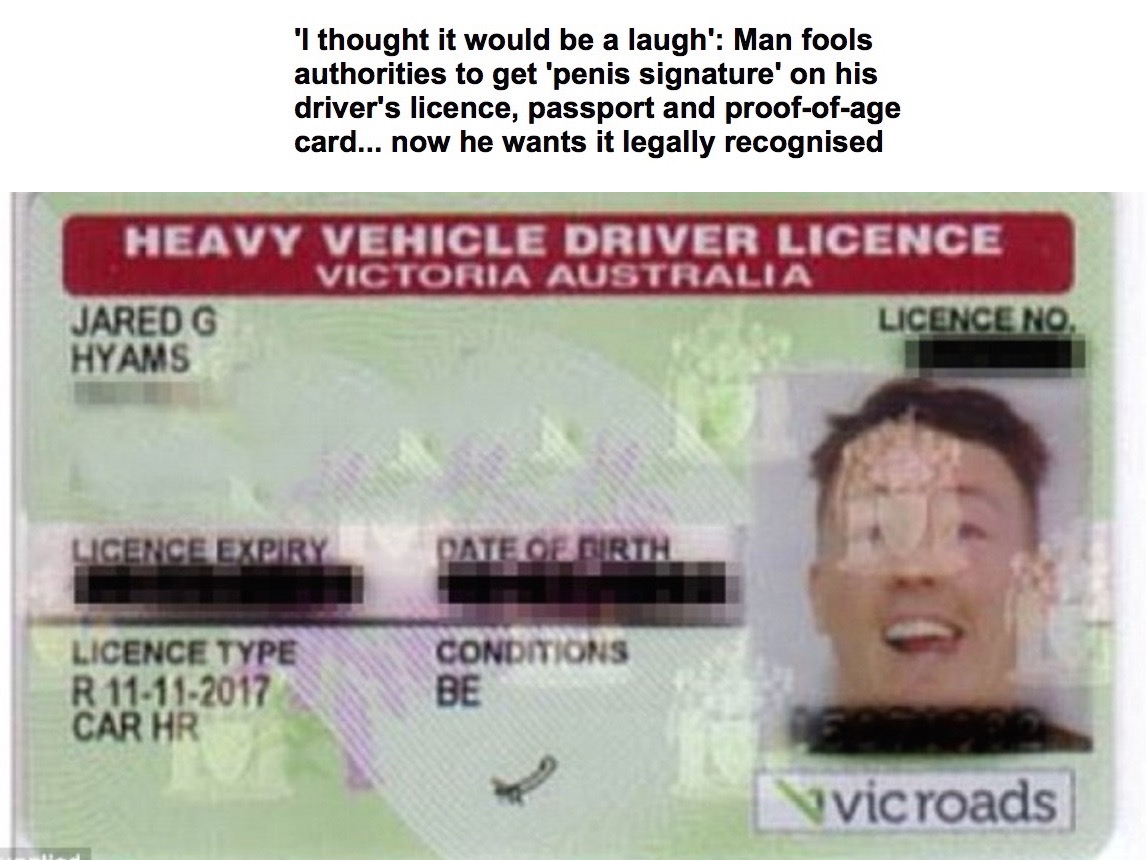 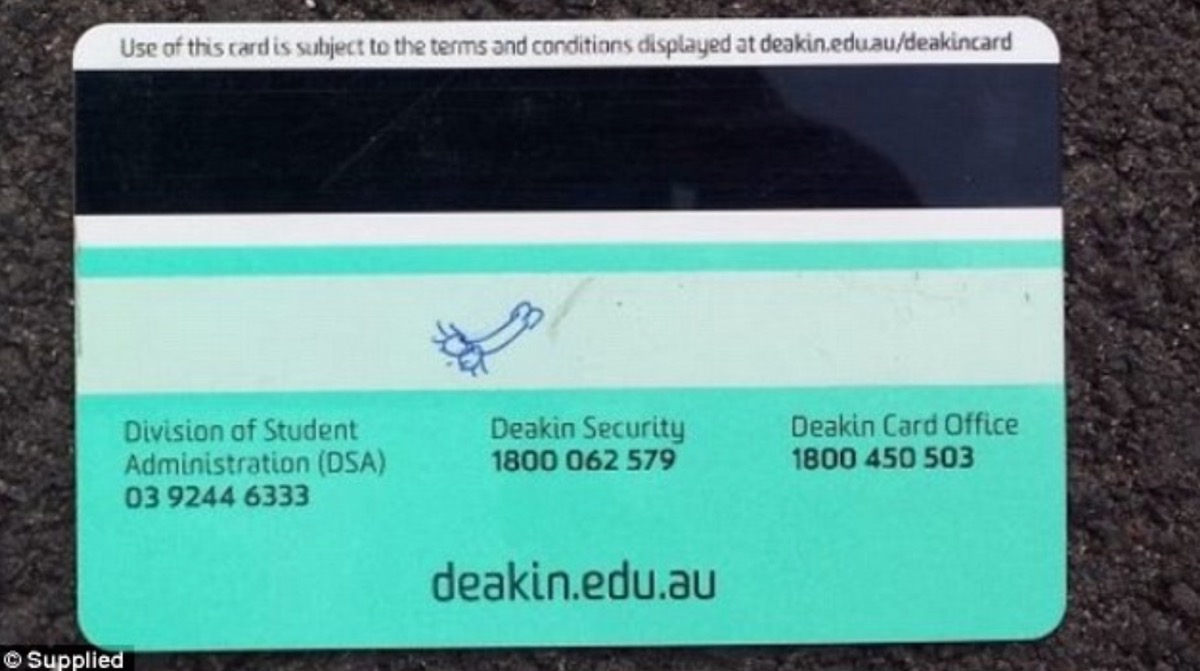 In general, though I might say that a D is as good as an A, in Jarad’s case, his D is the exact same things as an A+.