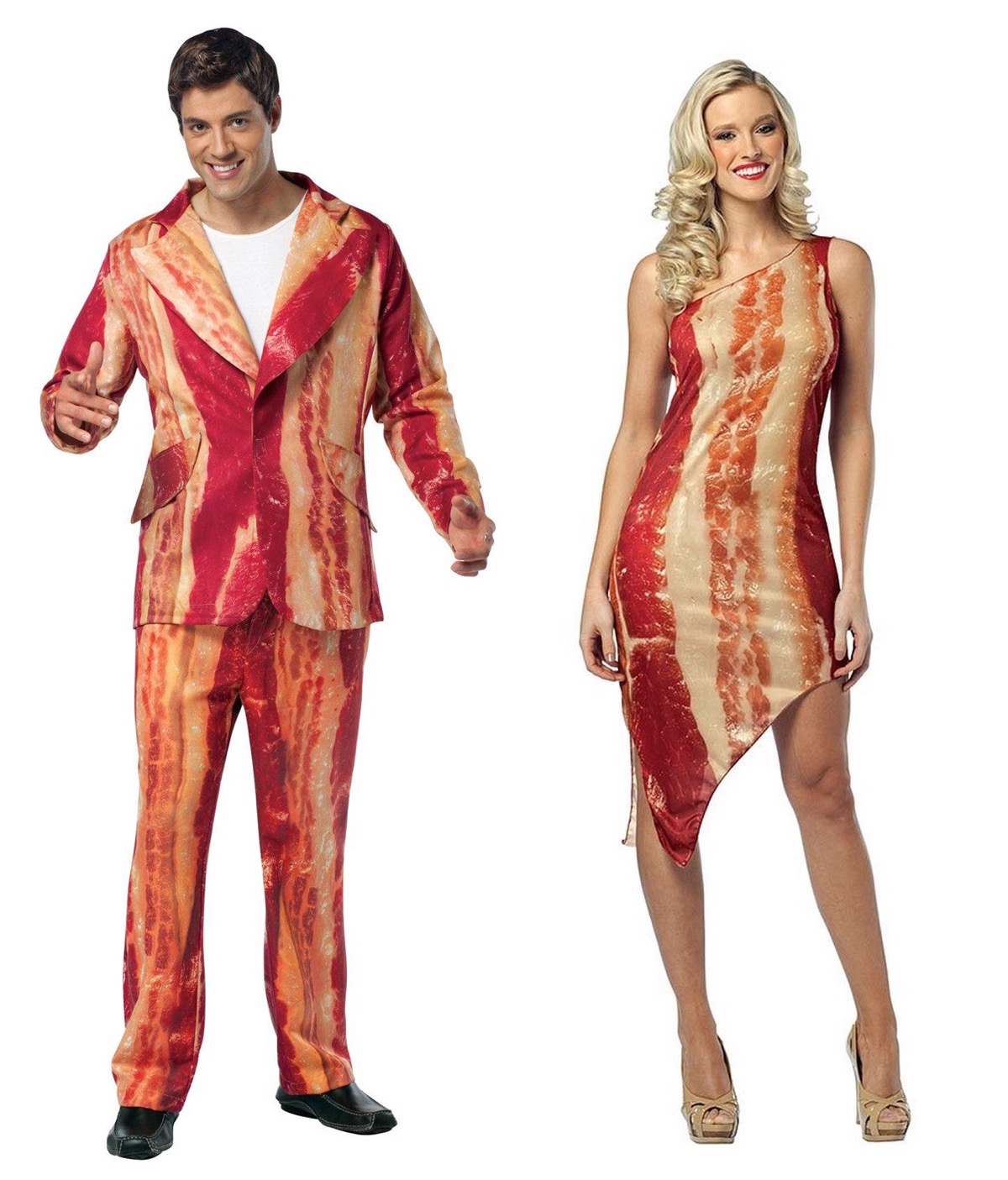 Despite what I said on Wednesday, it turns out that I was able to squeeze a Friday post out here after all, and what a post we have for you.

Or maybe not. We’ll see what this turns into by its conclusion.

Firstly I’d like to thank everyone for their orders for the second AHTBM t-shirt of the month club offering.

The order has been submitted to the printer and I should be departing to San Francisco to pick up all million shirts the day I get the high sign from them.

It’s with a great deal of excitement that I now announce the third (marginally) highly anticipated shirt is ready to go in the store now;

As I’ve summarized in other corners of the internet, this phrase was originally declared by my dear friend, and incredibly bright mind Snakehawk when ping ponging quips back and forth about the advantages of being a particularly hirsute individual.

His words rang as true to me as any religious doctrine, and with his blessing I took the ball and ran with it.

Please note that chest hair and stunt-mannery isn’t necessarily gender specific. Sometimes you might have no hair on your chest literally, but the chest in your mind has a pelt so thick it would make Colt green with envy; 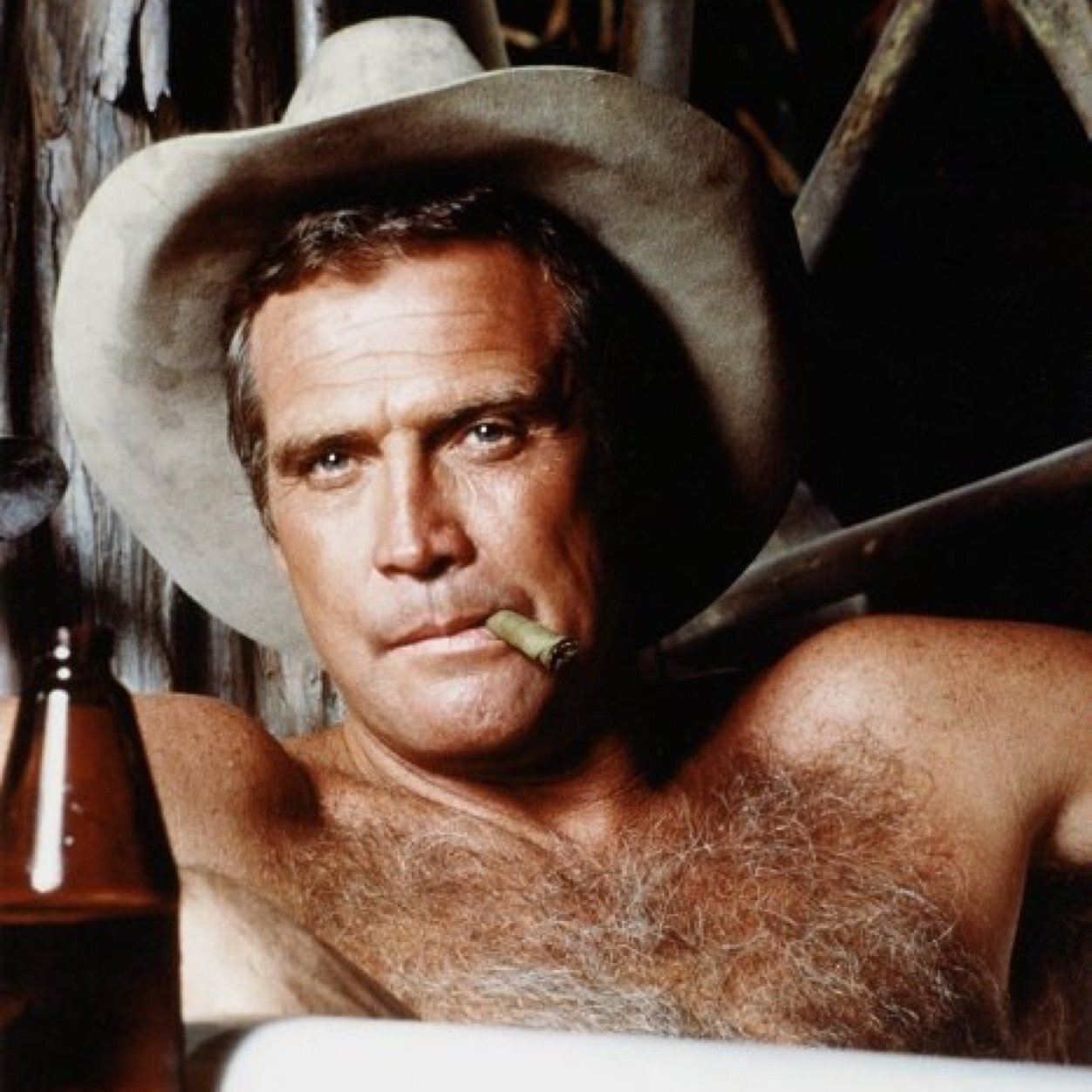 It’s all about lifestyle choices, and a tip of the Stetson to the crash test dummies of yesteryear.

If this speaks to you like it spoke to me, all you gotta do is place an order for one in the store and wait until the beginning of April to fly your flag while being engulfed by flames and falling off of a bridge.

In NAHBS news, it’s been brought to my attention that the legendary Nelson ‘Cheetah’ Vails will be presenting his documentary on Saturday;

If you’d like to attend, which I can’t imagine why you wouldn’t, the official schedule can be found here.

In news not related to NAHBS, or Nelson, but rather to badasses on bikes in general, a couple of weeks ago, Newt from Chicago’s Morning Bird Studios brought the following video to my attention;

I know I’ve posted this elsewhere, but am not sure if I’d already given it a spin here.

Either way, it’s best to have its own spotlight again, because the very thing that these women are rallying against is just simply unacceptable.

The above short was produced by a person named Chase Bauer, and I thank him, as well as the individuals from the WMBA involved in this project for making their declaration heard.

Finally, I’ll close out today’s post with a gripe. In general, one thing I generally don’t love is crowdsourcing. That is unless it’s for a really cool thing like a jet pack, Or some jet skates, or I guess anything involving personal jet propulsion. So it was with this iron clad rule of life that I was surprised that something as seemingly boring as a bike bell would be the thing that softened my heart. In this instance, it happens to be a really bitchin bike bell from the good people at Knog.

Sean came through with a little bit of info which might be of interest for those of us who like such things;

Hope things are going well for you at the mo (no more casualties and all that?).

Just wanting to give you a heads-up on something new from Knog that could make for a great story on All Hail. Next week, we’re going to be launching a brand new Knog product via Kickstarter – the Oi bike bell; 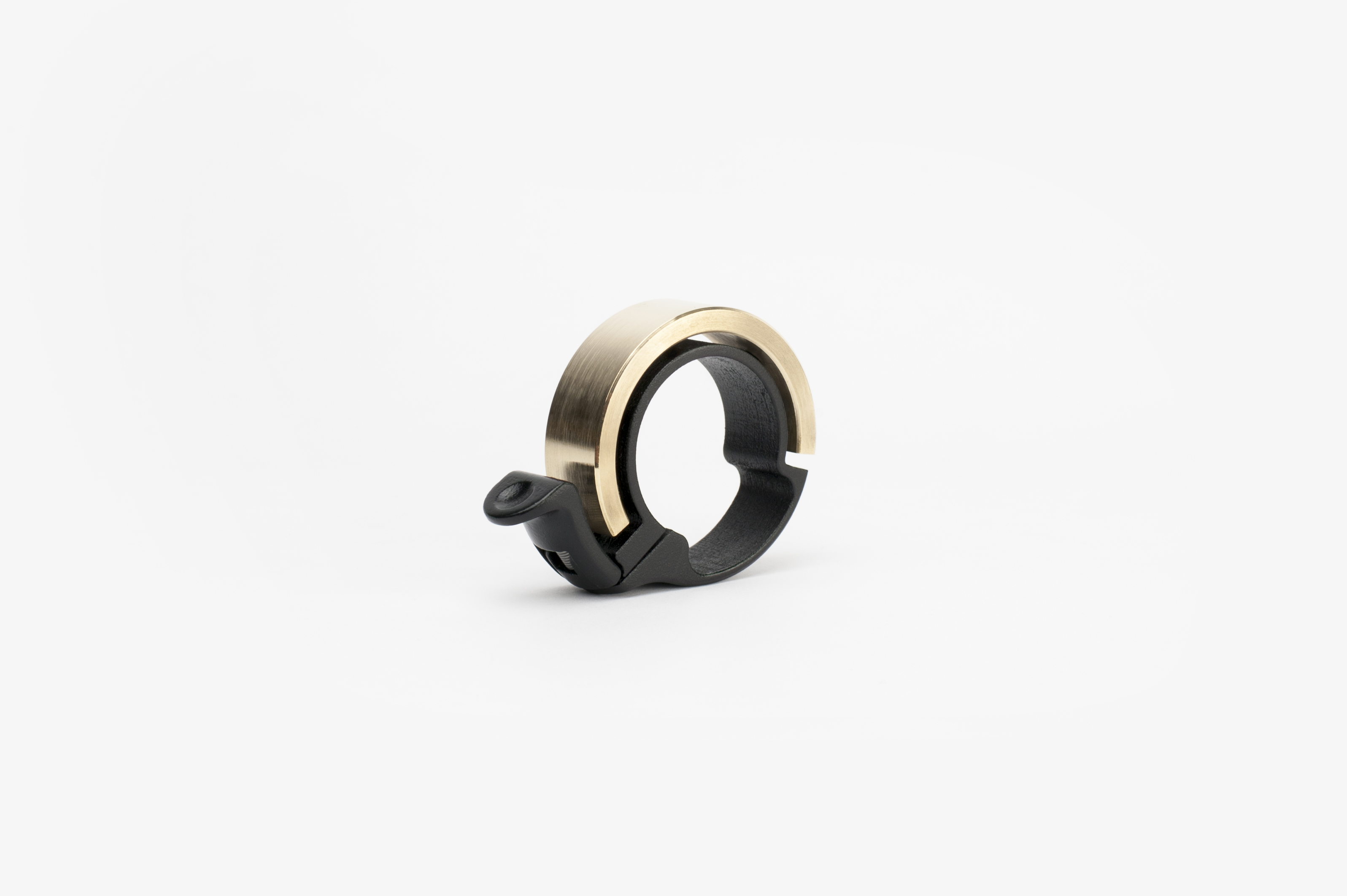 This bell looks like no other & sounds incredible. Its shape is completely unique. Rejecting the typical dome shape, the Oi hugs the handlebars, not standing out like a blister. Coming in 5 styles, aluminium, brass, copper, black & top of the range “treat yourself” titanium the Oi has been tailored to the individual rider’s personality and the bike they ride; 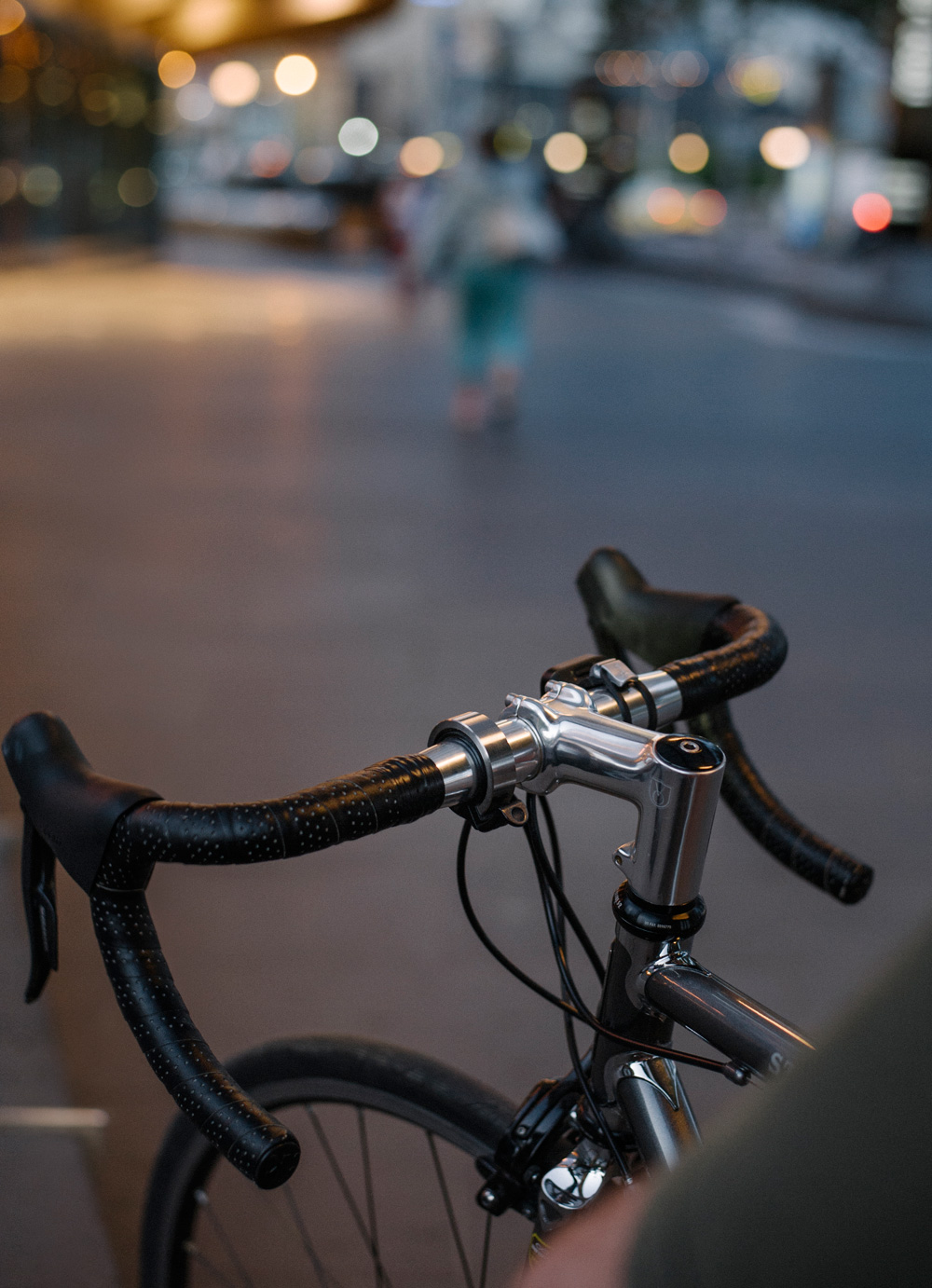 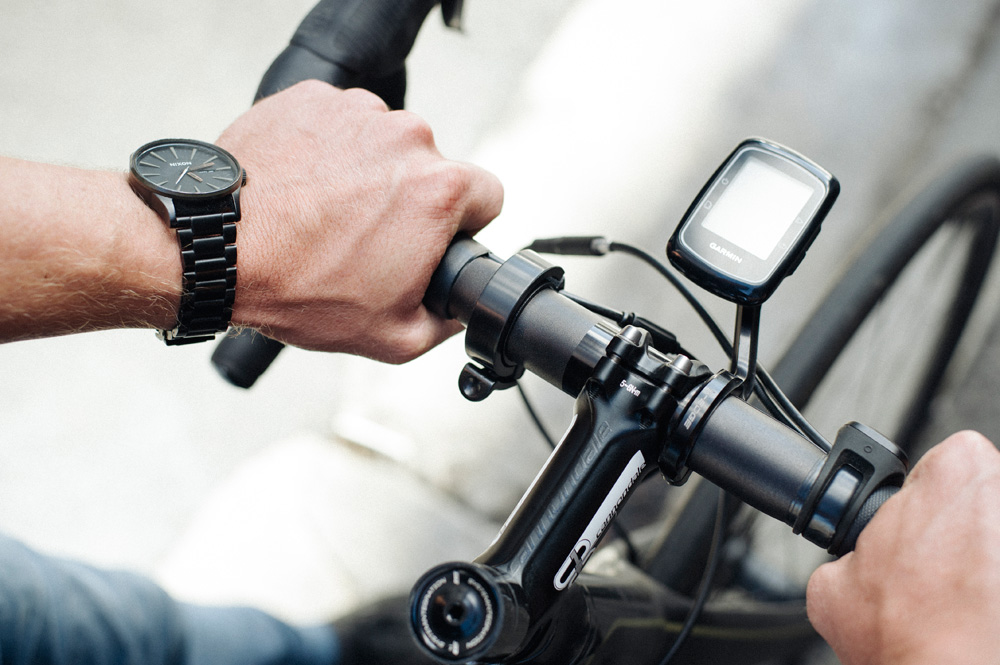 We launch on Kickstarter late next week (prob. Feb 25) and I will send you a link to the campaign once confirmed.

It would also mean a lot to us if you shared this Kickstarter link on AHTBM & with friends.

*Editor’s note. At posting time, there was still a hold up on the link. If that’s the case, check back this afternoon and things should be good.

I like this. I mean, I really, really like this. A bell is a nice way to let fellow trail users that you’re around a corner, or that you’re attempting to pass them as they and their four passenger stroller clogs up the entire bike path, and with the Oi’s sleek design, it doesn’t look like you have an inverted shot glass on your handlebars.

Or perhaps something a bit more edible looking; Unless that’s your bag, in which case, we’ll just chalk it up to everyone’s esthetic being different and we can simply agree to meat in the middle.

6 Responses to “Until we meat again.”