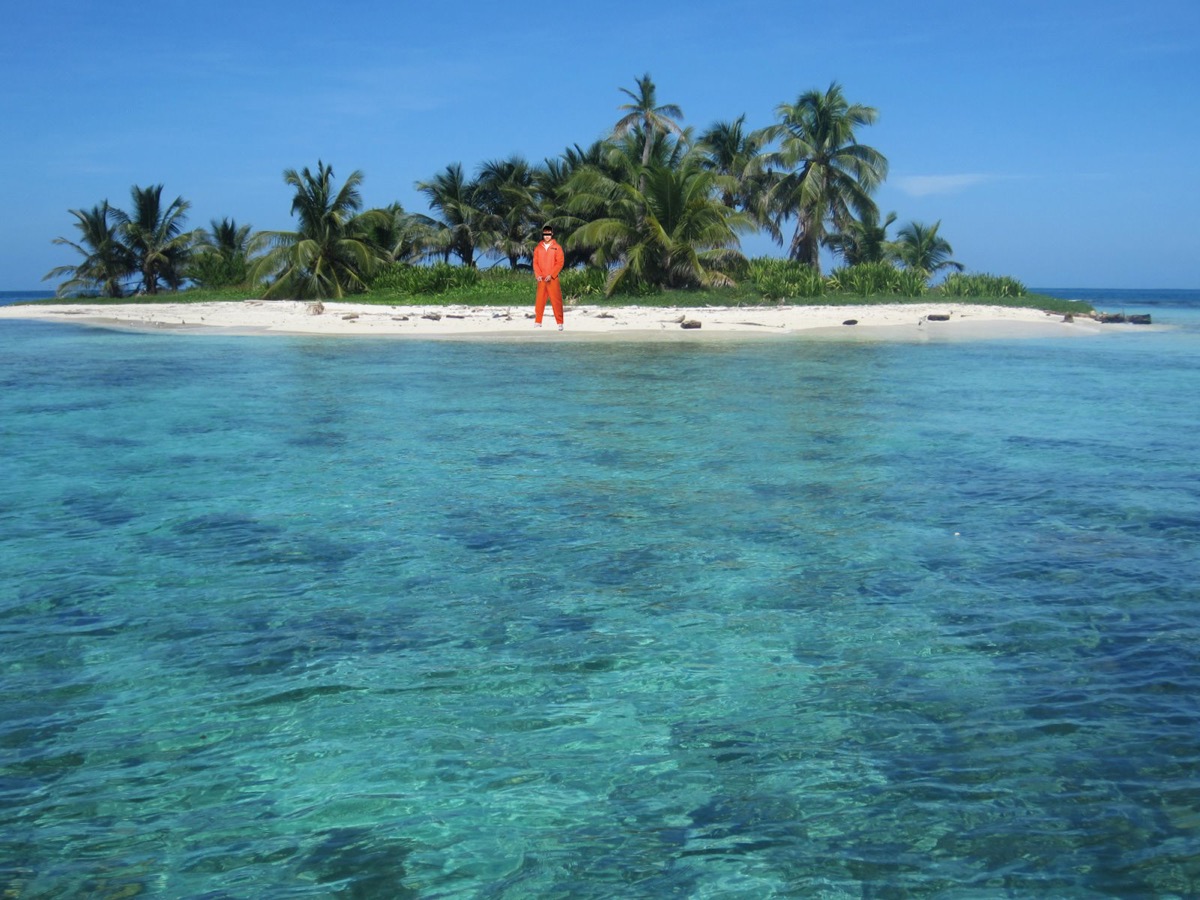 Though to be fair, this past weekend I did no such standing on a deserted island.

Truth be told I buggered off to the southland to be (Dr)unkle Stevil (or as the littlest one calls me ‘Dunkle Cheese’) for a few days. While I was there I stepped on Legos, and got punched in the balls a bunch of times, and got my face coughed into repeatedly, further reaffirming that I have no business/desire being/to be a parent.

There’s no birth control like spending time with kids.

But besides those aforementioned activities, I was able to hold down different bar stools with two of my favorite southlanders. One being Spencer Lease Canyons of Ritte Van Vlaanderen; 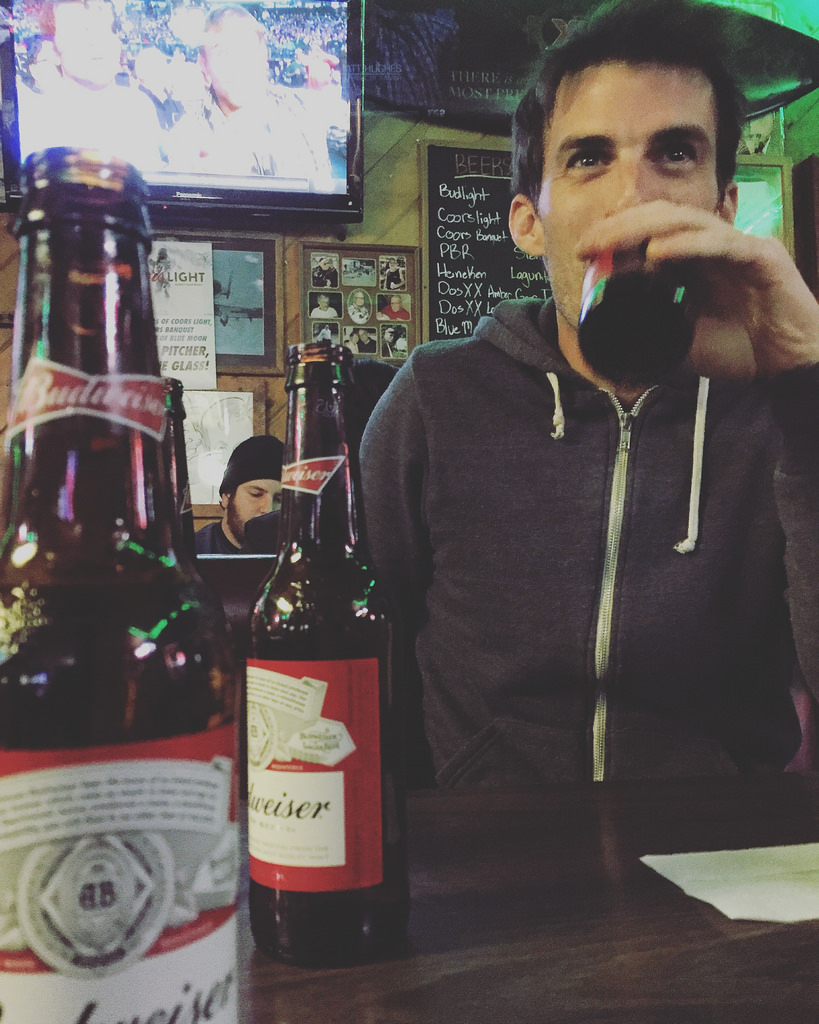 and the other being Bill from Who Rides The Tiger; 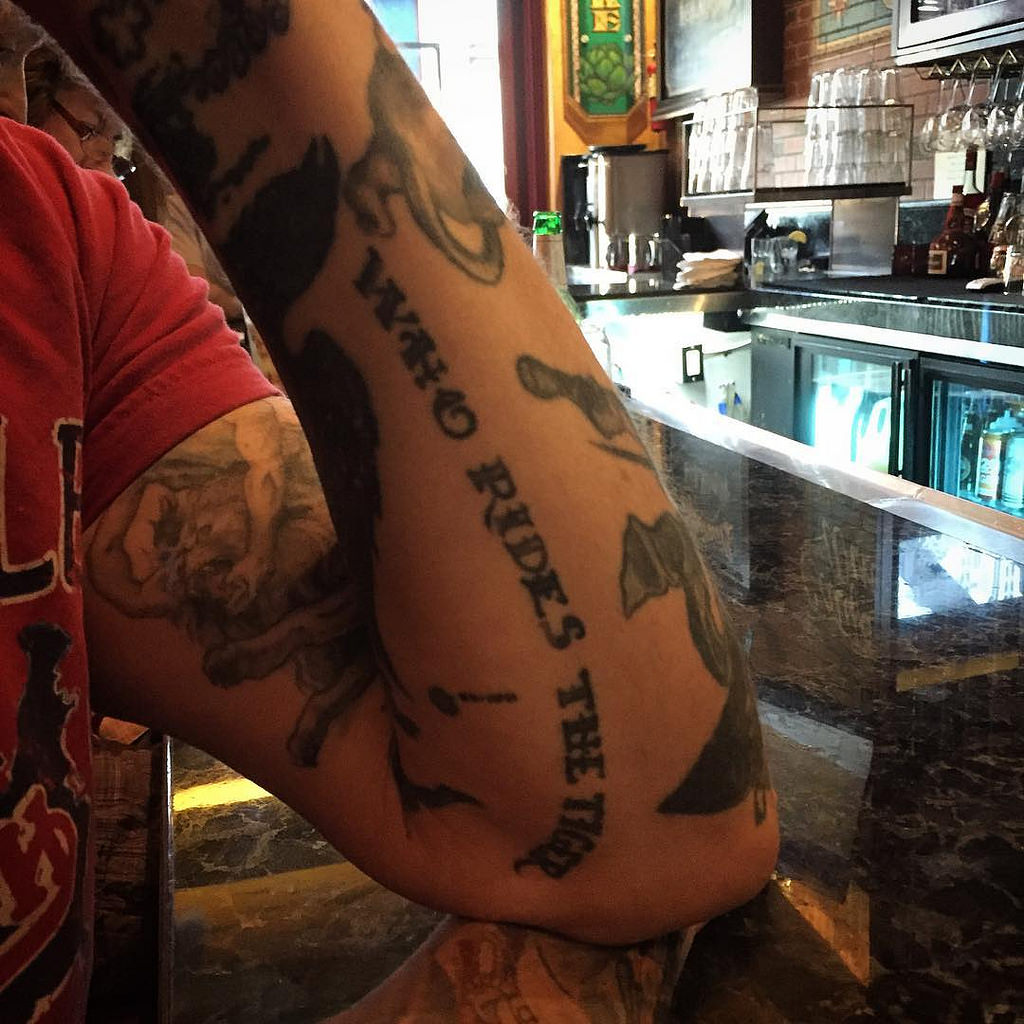 Between the three of us, we drank a handful of beers and chatted about all topics regarding music, aeronautics, bikes, education, model cars, art, professional life, romantic life, probably burritos, and just about everything in-between.

And I will unashamedly note that both of these relationships were first developed across the interwebs.

Actually, that’s not quite true. I am fairly ashamed of that fact, but it doesn’t mean that I don’t love them both like brothers.

Did we solve any of the world’s problems, or just create a few new ones?

Most likely a little bit of both.

Anyway, time away with friends and family is a damn fine thing with which to engage, and I recommend everybody dip their toes in that particular pool with some frequency.

With that being said, let’s get right down to business with this fist communication from Jeremy;

It’s been a little while since I’ve made a contribution.

As it says in the clip’s comments- “I cannot imagine a world where this video does not exist.﻿”

In business news, I would like to notify any and all interested parties that the first offering in the AHTBM t-shirt of the month club got picked from from the printer and shipped out yesterday;

I thank each person who placed an order for their patience, and I wish you each to wear your new shirt in health.

And if your health is broken, might I recommend you fix it with a hammer.

Either way, rest assured, they were each packed with great care and oversight; 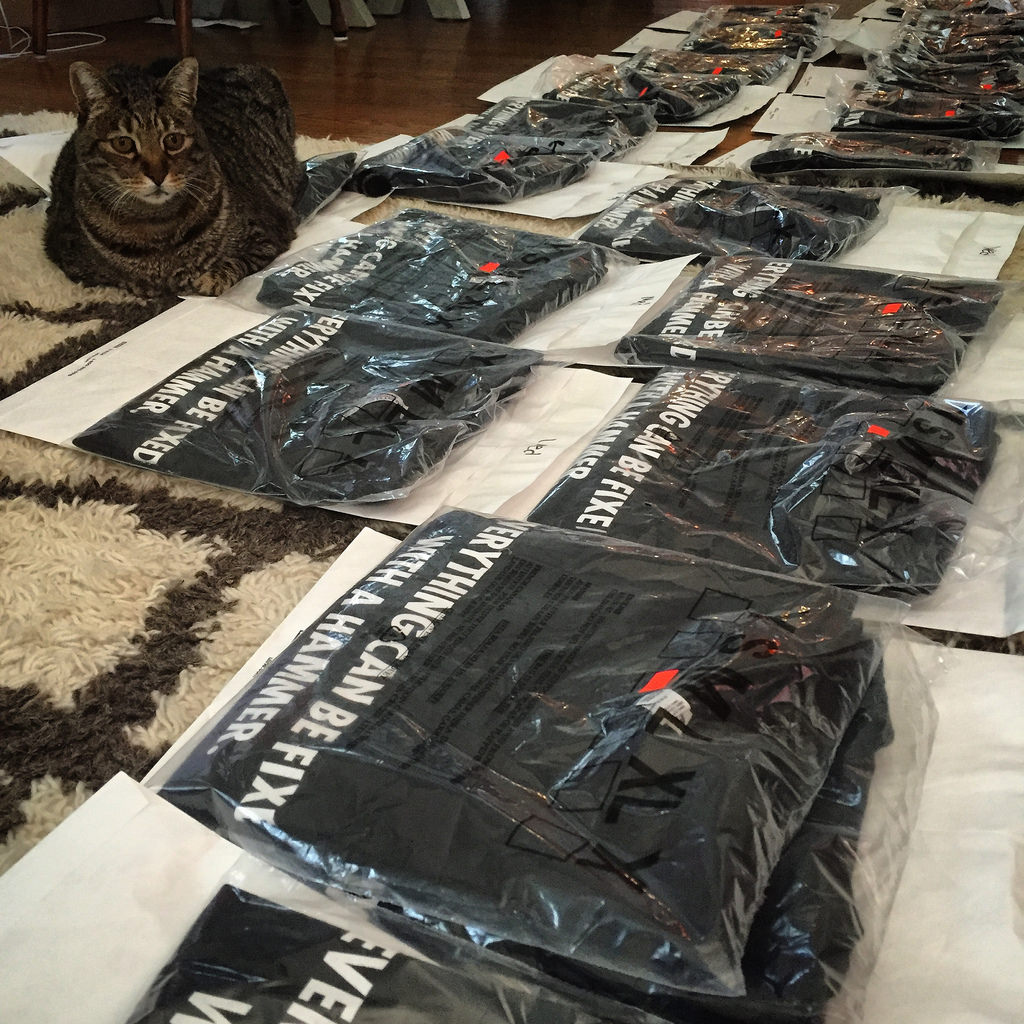 Also, as I’ve blurted here a couple of times recently, the second shirt is currently in the chamber and ready for pre-order;

Buy two so you’ll always have a clean one for therapy/church.

I would also like to mention that there are just five days left to get your submissions in for The Great AHTBM Model Building Nerd Off;

Please do me the courtesy of emailing me photos of your masterpiece to stevil(at)allhailtheblackmarket(dot)com ASAP. It would be a damn shame if you spent all that time huffing paint just to finish your kit and then not submit it for judging.

If it’s a grand dose of mediocrity you might need for inspiration, well then take a gander at my 1968 Dart Hemi; 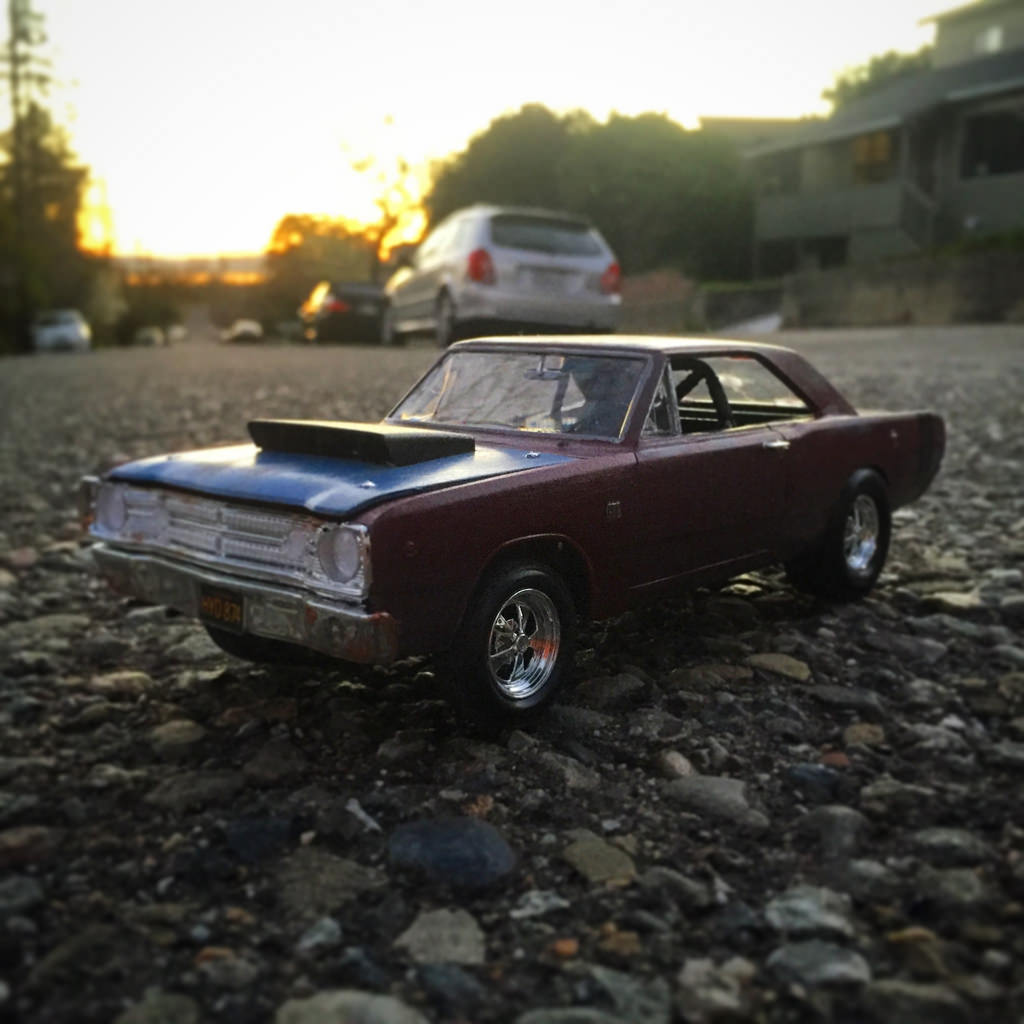 This isn’t my submission. It was the one I built after the 1966 Nova, and before the 1970 Challenger, and also the Batmobile. I needed four cars to warm up with before I got cracking on my final effort, which is just as crappy as its predecessors.

Anyway- I mean, there’s a prize for top honors and everything. I don’t know exactly what it is yet, but if the gift box that went out for the Hot Dog Photoshop Challenge is any indication, then it’s gonna be a good one; 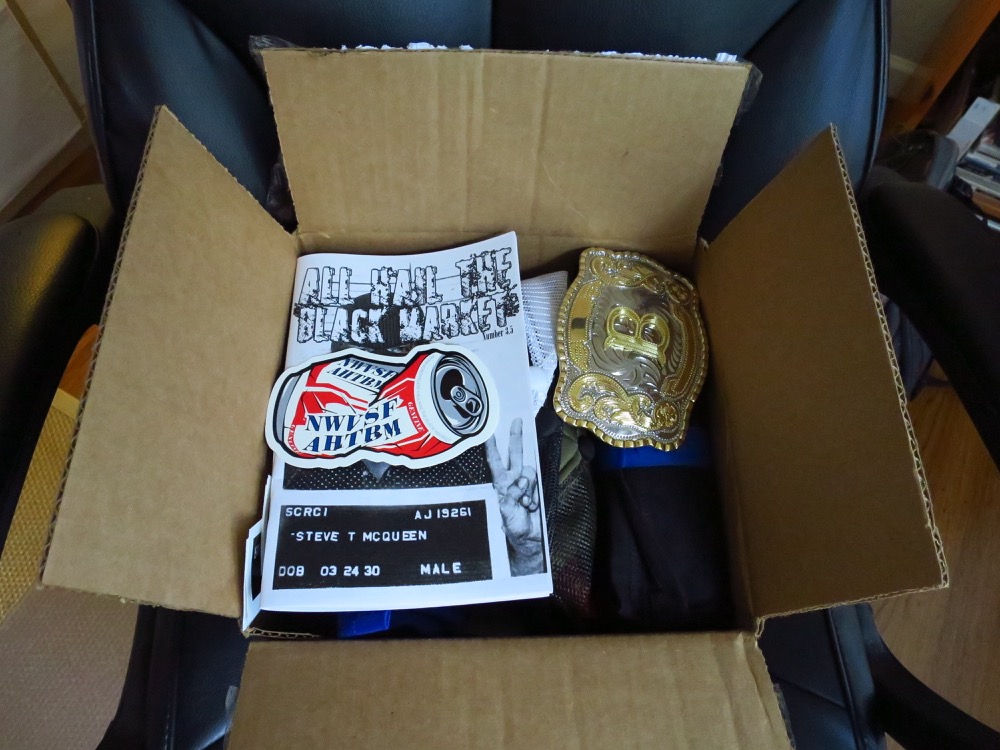 That belt buckle was genuine 100% gold colored, for crying out loud.

I would also like to note that Loudass, with all of his trash talking when originally issuing the model building challenge six weeks ago, conceded last night that he actually has dropped the ball and not built anything.

From this point forward, The Great Model Building Nerd Off is dedicated to the mouth that inspired it, but couldn’t follow through; 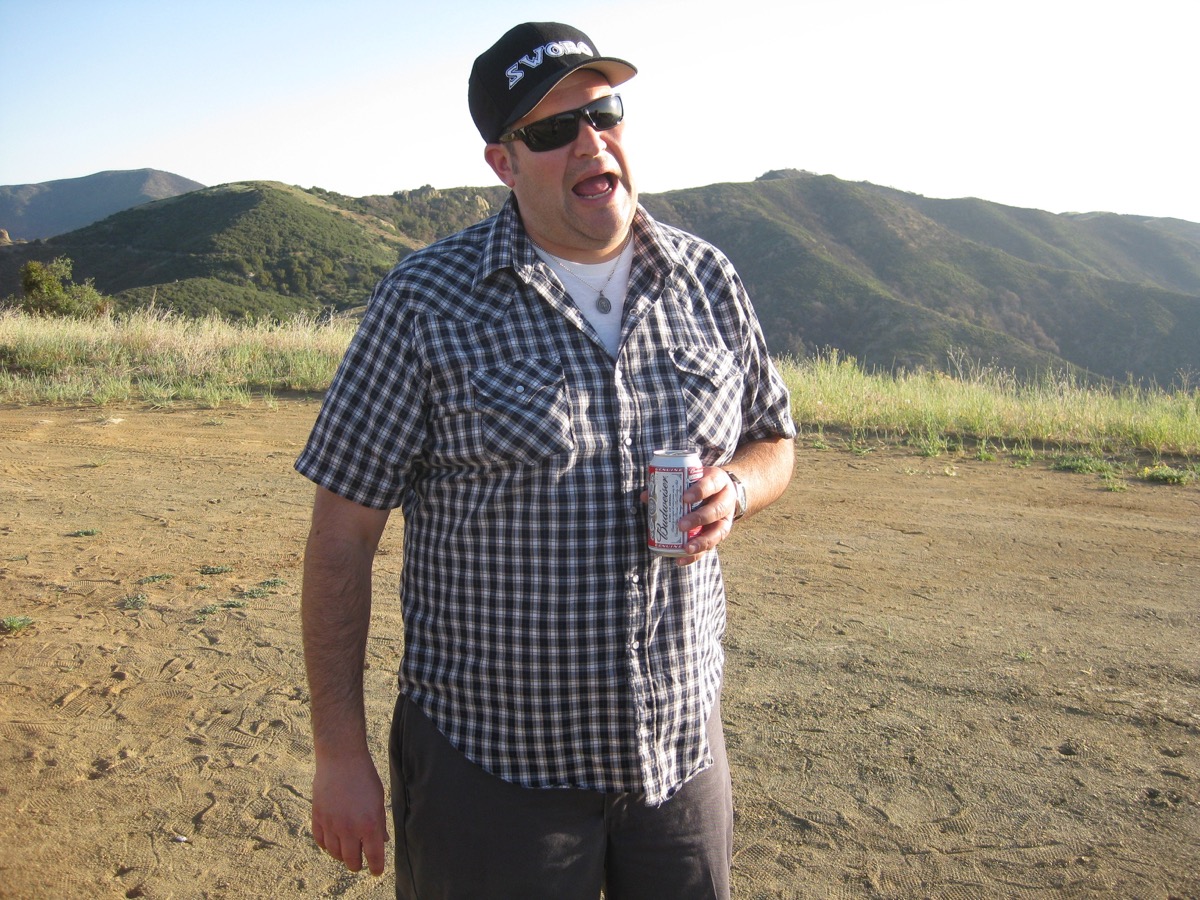 I would imagine when this photo was taken, a yo mama joke was being bellowed.

Finally in closing, it’s come to my attention that black metal has donned its leather jacket, a pair of whimsically colored board shorts, and jumped the proverbial shark; 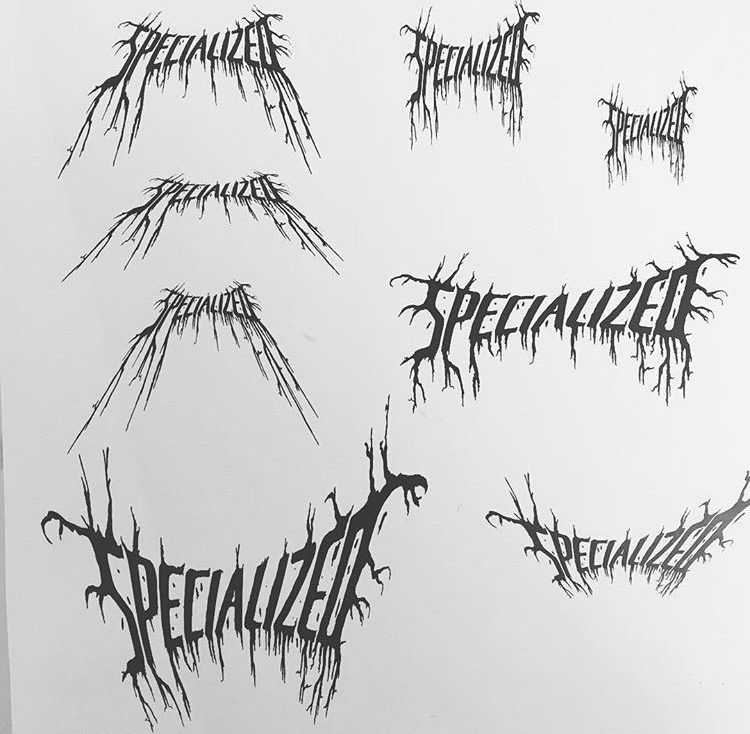 Yeah, believe it or not, this is an actual thing.

In part, the caption under this original photograph reads like so;

“Let me be real clear on this. Bikes will never be black metal. Nor will Specialized or any other maker of bikes. Ever.”

Well, not with that attitude they won’t. 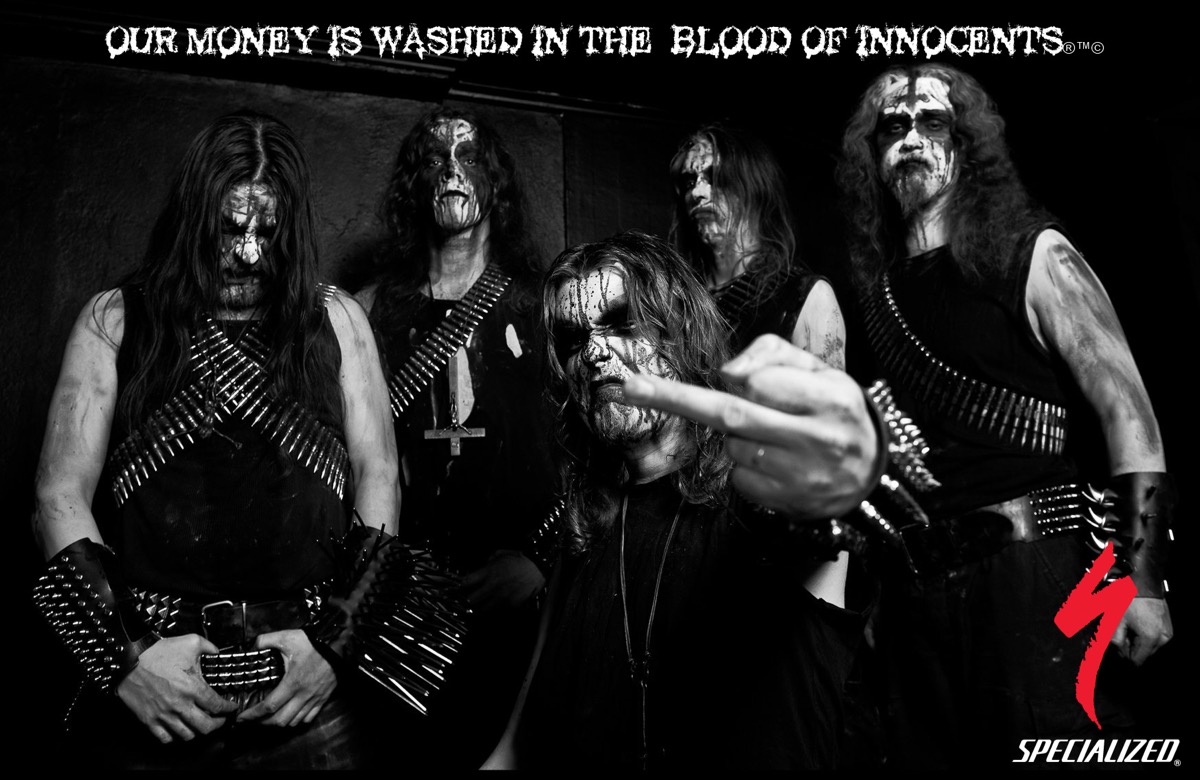 With that image planted firmly in my brain, I find it most palatable to get away, and stay away.

6 Responses to “Sometimes you just gotta get away.”