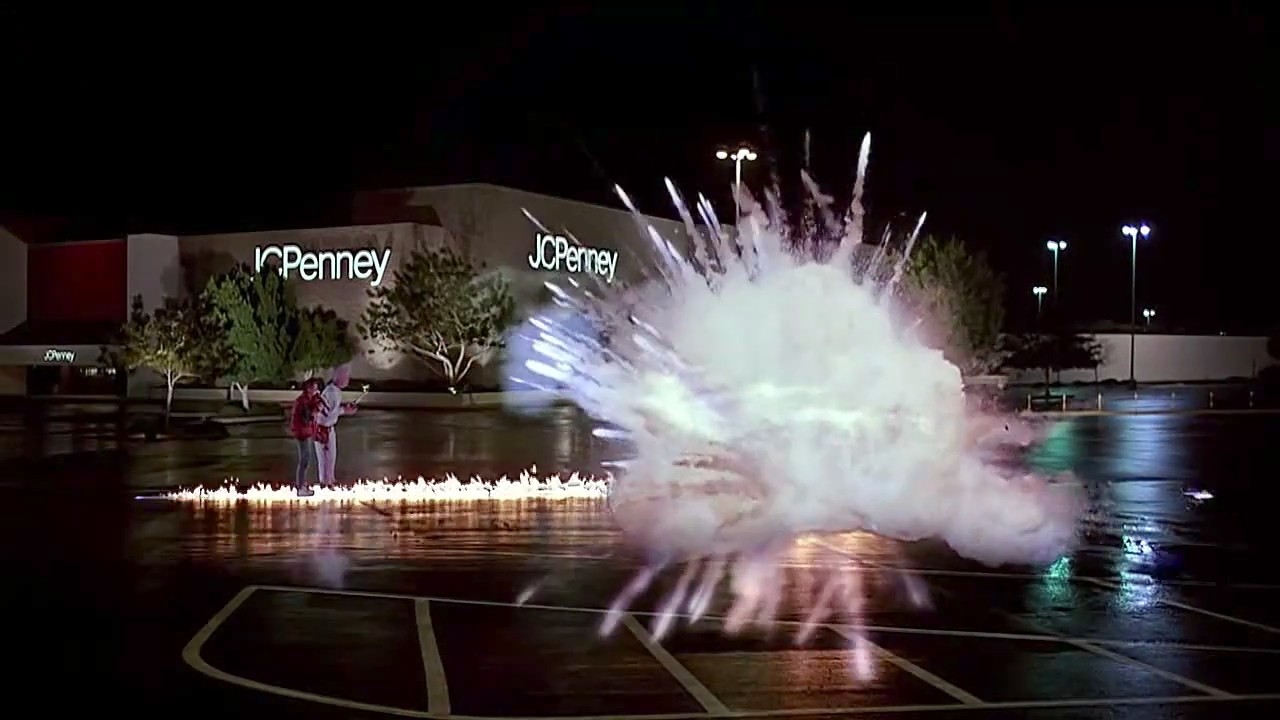 Or whatever Doc Brown called his car.

So, when last we crossed paths, I had rescheduled my return trip back to the Bay Area, and opted instead to spend another couple of days in Portland.

Obviously this resulted in the chronology of the third installment coming out of order from the first and second.

The other pitfall in maintaining this form of operating procedure is that more often or not I don’t know what day it is, so attempting to recount what happened when, and why, is a nearly impossible task.

What I do know for sure is that while I was in town I wanted to actually address a bit of business, slap some hands, and do some bicycle-ie related things other than just ride them from bar to bar. Which of course is unto itself just fine… I simply felt the need to dip my toes in equal parts professionalism, as I did profhessianalisim.

Because I have the aforementioned memory holes, I’ll now just post up photos in the order I took them and hope that they jog some recollections loose.

I’m almost positive on my third day in town I rode my borrowed bike just as fast as my little legs could carry me, across north Portland, up and over the St. Johns Bridge, (which I’m pretty sure spans the Mississippi); -straight to King Component Inc./Cielo Bicycles world headquarters, and ultimately into the loving arms of my old friends Chris Scuglia and Jay Sycip; There we shared breakfast and then I spent the better part of the morning walking around and looking at cool stuff; This here chunk of hardware right below these words was super cool; At some point Sapa was unloading a bunch of machines, and Cielo snapped them up. This guy right here cuts seat stays at the exact same angle, two at a time. So what before would have taken twice as long, with this beast both cuts happen instantaneously. Of course this means that it’s one more job not held by a human being but nobody said the robot revolution was gonna be pretty.

At the conclusion of my time there I stuck my head into the offices to say my final goodbyes, when I crossed paths with Bob; I took some way better photos of him than this one, but here I thought he looked a bit like a super stoned sniper, so I’m gonna run with it.

Bob is the newish marketing guy at King, and instead of saying goodbye, we immediately surged into an hour-plus long conversation about the bike industry, skateboarding, the state of music, punk rock, the merits of owning big desk plants, and a few more topics which will probably meander their way back into the forefront of my brain in the coming days. It was the sort of conversation in which neither of you inhale the entire time, and at least as many of the world’s ills are solved as created.

My day in King’s midst was a fruitful one, but the time to continue on with my directive was at hand so out the door I lumbered, until I arrived at one of the two secret hideouts of Breadwinner Bicycles. Alas, neither of the two principals were present, but Ethan and Rachel were, and so we dipped into the six pack I was carrying, and they graciously wasted some time with me; Again, the conversation flowed, and we talked about all topics under the sun. Eventually DWP arrived to wisk Rachel away for a ride, dressed in his standard uniform of ‘WTF‘; 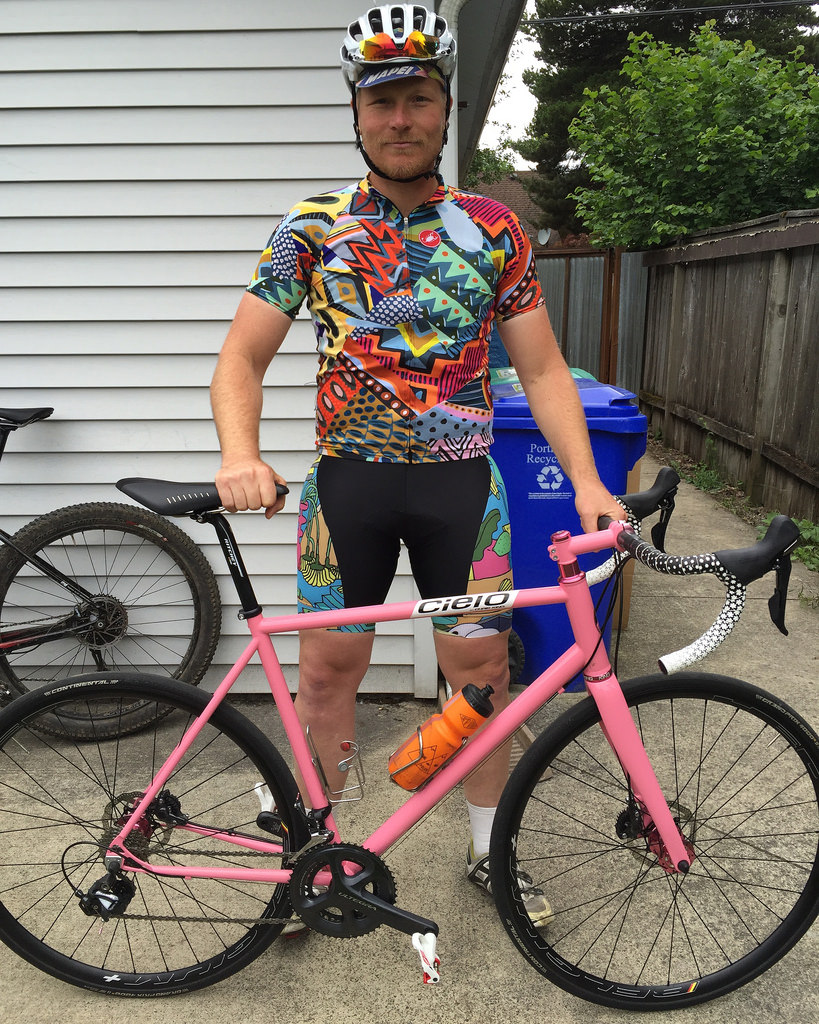 I expect any day now, Daniel’s fashion sense will go all the way to the end of the line and he’ll be wearing mismatched bedazzled Uggs, and fur pants.

Thankfully for the world’s eyeballs, Rachel’s steez is a bit more reserved; They went on their way, and I went on mine, though for the life of me, at this point, I can’t remember what way that was.

Because there’s no photographic evidence available, I’m reasonably sure that this particular night I knocked number four on my list out in a spectacular fashion.

Upon prying my eyes open the following day, I met up with Captain Dave and Cheever for breakfast and bottle rockets; Quick before the cops came, I swung back by Breadwinner, and took a look at their neighbor’s gigantic sequoia; -and then made a b-line for Portland Design Works.

By the time I got there I had to pee so bad that I thought I was gonna die, but found the doors locked up tight; 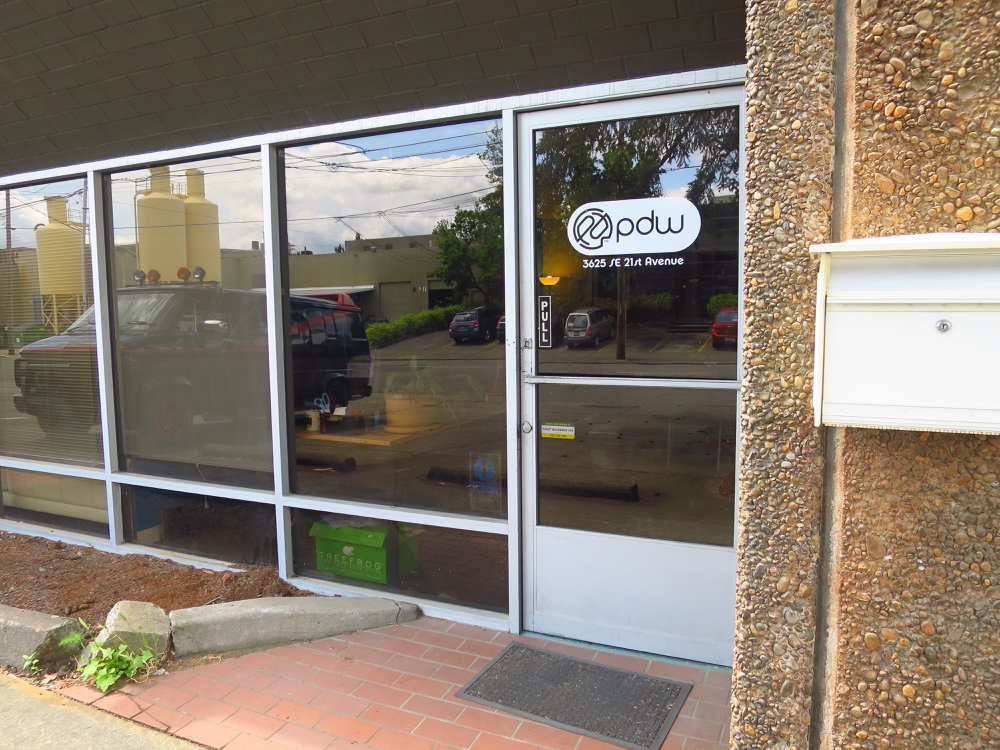 -Which the attentive among us will note that we covered on Friday. Distressed by the increasingly intolerable pressure emanating from my bladder, I found a secluded spot on the nearby train tracks to leave my mark, and took off to see my old buddy 6’7″ at his bike shop Cat Six Bicycles; While there, I got to see with my own naked eyeball balls the winning submission from the 2016 AHTBM Nerd-Off; It was like being in the room with royalty. If you happen in there (and I suggest you do. Especially this coming Saturday when they celebrate their second anniversary), you can differentiate between the two of them by simply remembering that Jon is the one who stands on two feet, and Steve is the one who will show you his belly with absolutely no encouragement; From there, 6’7″ and I ate a spot of lunch, and then rolled to the bluffs where we met up with Gary; Eventually Phoma arrived, we watched the sun set, and then broke out to find food, a gigantic Oly beer can;

The following day found even more goofing around, leisurely riding to nowhere in particular, and highfives with The Captain and Case; So all told, we’ve now come to the conclusion of seven days involving bike, beer, and buddies.

It was a fantastic trip with fantastic folks from the top to the bottom, and I thank my squad there in Portland for taking such good care of me. Even those among them who worked hard resulting in me paying for most likely what was at least a few of their boyfriend’s tanks of gas. (Vague reference to number four).

You can bet that if my DeLorean wasn’t in the shop, I’d be more than willing to go back and do it all over again.

2 Responses to “Let’s take a trip in the Way Back Machine.”