Have you ever awoken after a full night’s sleep and felt as if you’d been awake for days?

That was what went down in my body on Saturday, in a full blown fashion, and surprisingly, not a drop of booze was involved.

I can only assume that it occurred at least partly in conjunction with the completion of the aforementioned frameset project for New Belgium/Detroit Bikes. Not including the little bit of time all of the parts spent at the powder coater, from start to finish, this beast took me nine days; 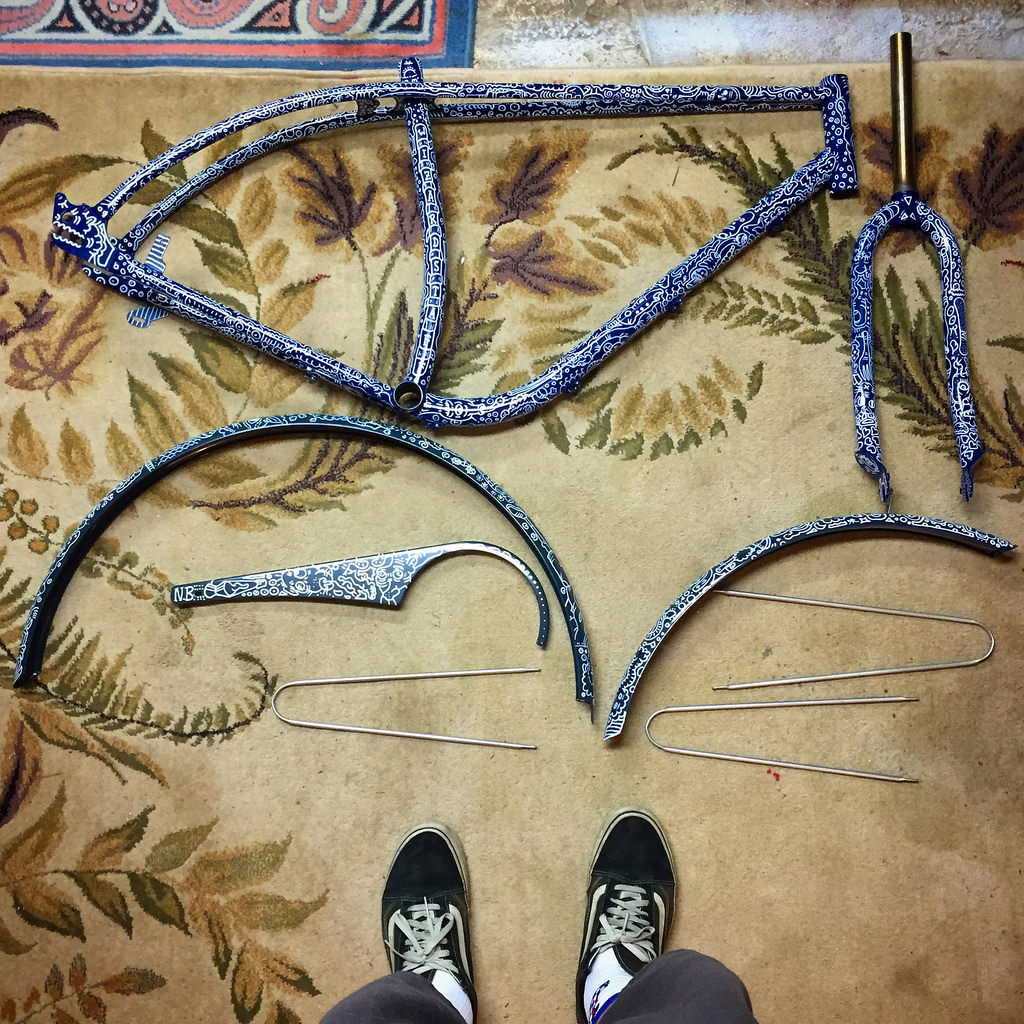 The only difference being from the first photo to the second, I changed my socks and completely lost my mind.

Once I breathed a sigh of relief from all of that mayhem, I wandered outside to once again see the sun, and I limped over to the mail box to find the newest issue of Dirt Rag; It was probably about eight months ago when managing editor Michael Cushionbury made with the contact and asked if I’d like to take the task of guest editor on. Having no idea what was involved in such a thing I foolishly agreed.

“Come up with a theme, and round up a bunch of people to write articles for it” was more or less what he instructed me to do. It seemed simple enough at the outset, but that one sentence set in motion levels of pressure I’ve not known for quite some time. Mind you- I’m not complaining. Far from it. But I had no idea what I was doing, or how I would rally the troops I had in mind. I knew I wanted the issue to revolve around doing things yourself, or as it’s known among punk rock circles, a DIY mindset, and as far as the look and feel of the issue to be a hat tip to the beloved fanzine. Luckily Art Director Stephen Haynes was on the exact same page, so under Michael’s loose direction we embarked on making what in my not-so-humble opinion is one of the best issues of the magazine to date.

Inside are two feature articles by FBM’s Steve Crandall; If that weren’t enough all on their own, I bullied pieces out of the enigmatic Greta Mudflap about her legendary zine ‘Mudflap’, a letter from Joesph T. Parkin (Has Nice Hair) regarding building a career racing bikes from little more than well-wishes and nothing, a history of The Homie Fall Fest from Hurl ‘Cars-r-Coffins’ Everstone, how the beloved California Crusty Cruiser Cup came to be by Big Steve P, a synopsis of trail building and access in Knoxville by Leslie Kehmeier, and a surprisingly thoughtful piece by Steve Elmes on his perspective regarding the inspiration and execution of Independent Fabrication Bicycles. Of course there are the standard features by Watts, Bama, Rebecca Rusch, Jeff Archer, Eric McKeegan and all the rest.

I’ve regularly blamed my recent bout with shingles on the stress I basically placed on myself, which might or might not be accurate. Whatever the case, I put a vice on my psyche and squeezed until there was no mental juice left, and in the end, we have this issue, which I certainly hope people enjoy. If not, that’s ok too, because we’re all different people with different aesthetics, and different perspectives.

Some people think ‘Everybody Loves Raymond‘ is the zenith of comedy. I totally don’t, but as I said, we’re not all the same and that’s just fine how it is.

Anyway, now that all the dust has settled, I’ve found myself completely out of gas, and standing here at the computer banging out yet another post of nonsensical banality.

As we meander from those points to others, I’ll once again make mention that the newest AHTBM shirt of the month is currently on the block and can be found here; 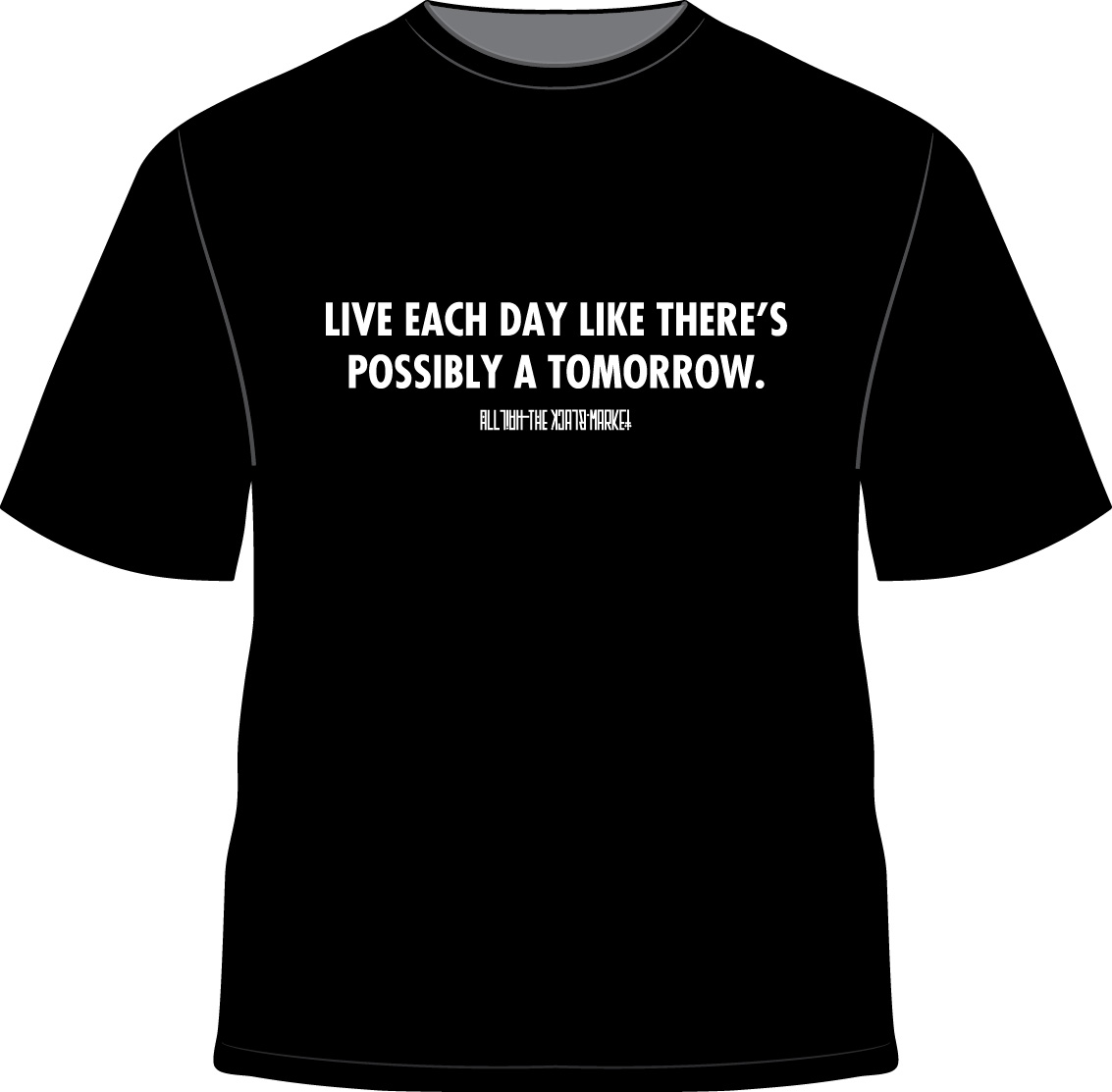 For those who might probably be wondering, last month’s shirts are currently in production, and I should be making my way to pick them up this week. I do appreciate folk’s patience, and you can rest assured that I’ll be shipping them all off the day immediately following bringing them home, whenever that ends up being.

In news of art that doesn’t suck, a few years ago I became familiar with a woman in Arizona named Laney Oleniczak. It appeared as though she was as quick with a pen as she was with her wit. To thank her for simply being her, I sent her off a care package and we’ve remained in some form of contact or another ever since. In the time that we’ve become acquainted she’s invested a great deal of effort to hone her chops, and has become a brilliant tattoo artist working out of Mastodon Tattoo and Piercing in Mesa; 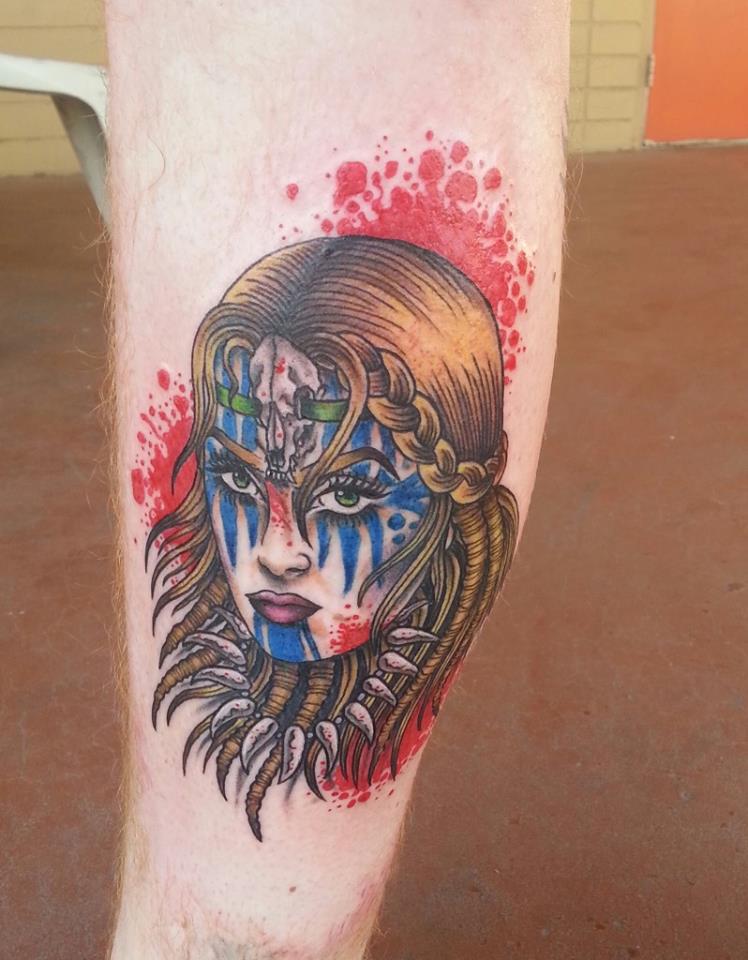 Besides being a full time tattoo artist and animal whisperer, Laney also found time in her busy schedule to sketch up a scribble that according to me is one of the best drawings of all time; 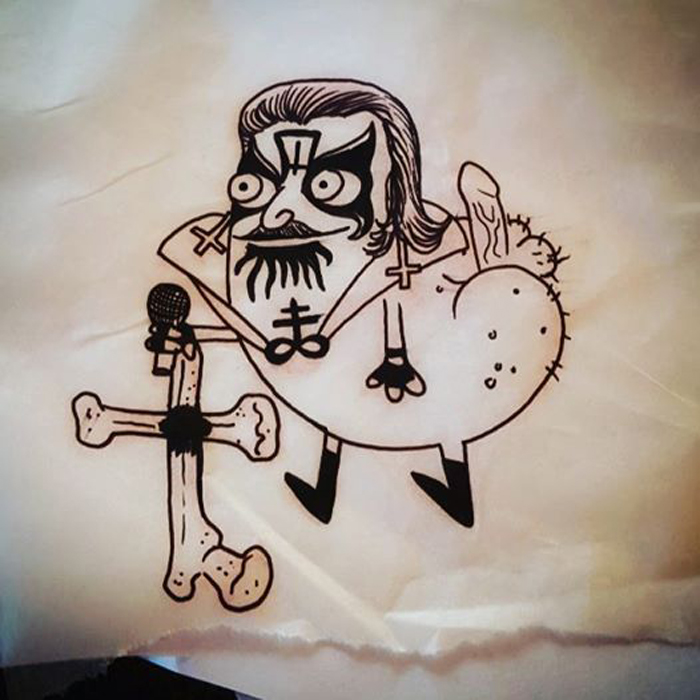 If you’d like to follow her exploits on the Instantgrahams, and I suggest you do, you can find her here.

I don’t know if I’m brave enough to get a King Diamond Dick Butt tattoo, but should I find the courage to do so, I know where I’m headed.

It’s with that, I’ve come to the end of my rope. I’m wiped out sideways, and the time has come to lay down on the floor to recharge, and sweat out the poisons.

Lucky for me, I have a freshly wrung towel at the ready.

6 Responses to “Wrung out.”