What with Monday’s feel good post it’s just a matter of time before things around here turn into one big inspirational poster; 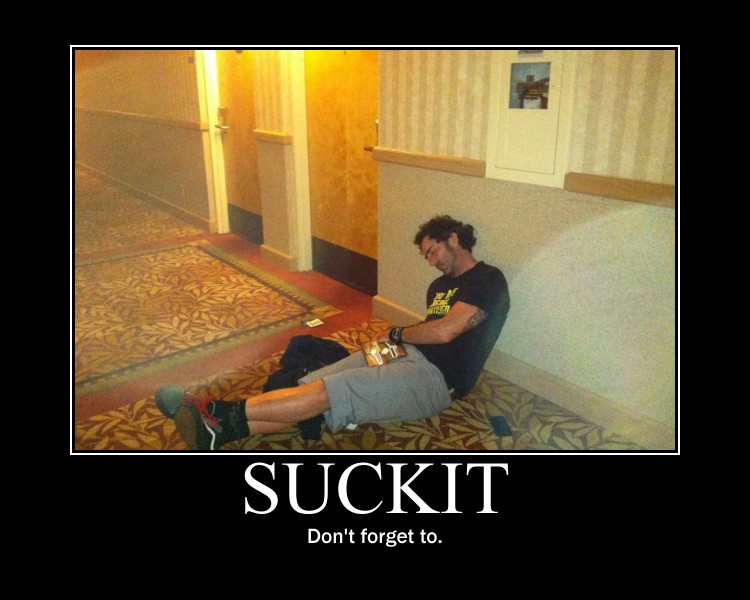 It was a sentiment I felt as though I needed to get off my chest, and until the next time that particular spirit compels me, I think we’re safe.

Now we’ll just get into a quick dash of the standard rigamarole, so that you can get on with your day.

Dipping into the mail bag I got a nice correspondence from a person I was supposed to go on a ride with back at the beginning of last month, but because of crossed wires, and a whole lot of unforeseen climbing on her part, we never made it happen.

I sent her an email to make sure that she got a shirt she’d ordered that was a pain in the neck to get into her hands, and very graciously she came through with a short saga regarding a few of her days since;

Yes, I sure did get the shirt. Let’s just say it was a bit of a clusterfuck to get the shirt in my hands, but it happened Saturday. And what a day Saturday was…….

Upon receipt and inspection of the shirt, it was on my back. stickers…!!!!!

After lending some sugar to this marvelous dog (Libby, my hand appears to be massive); I went into the Mpls, got shreddy on a purple Kona Process in the hills of Lebanon; 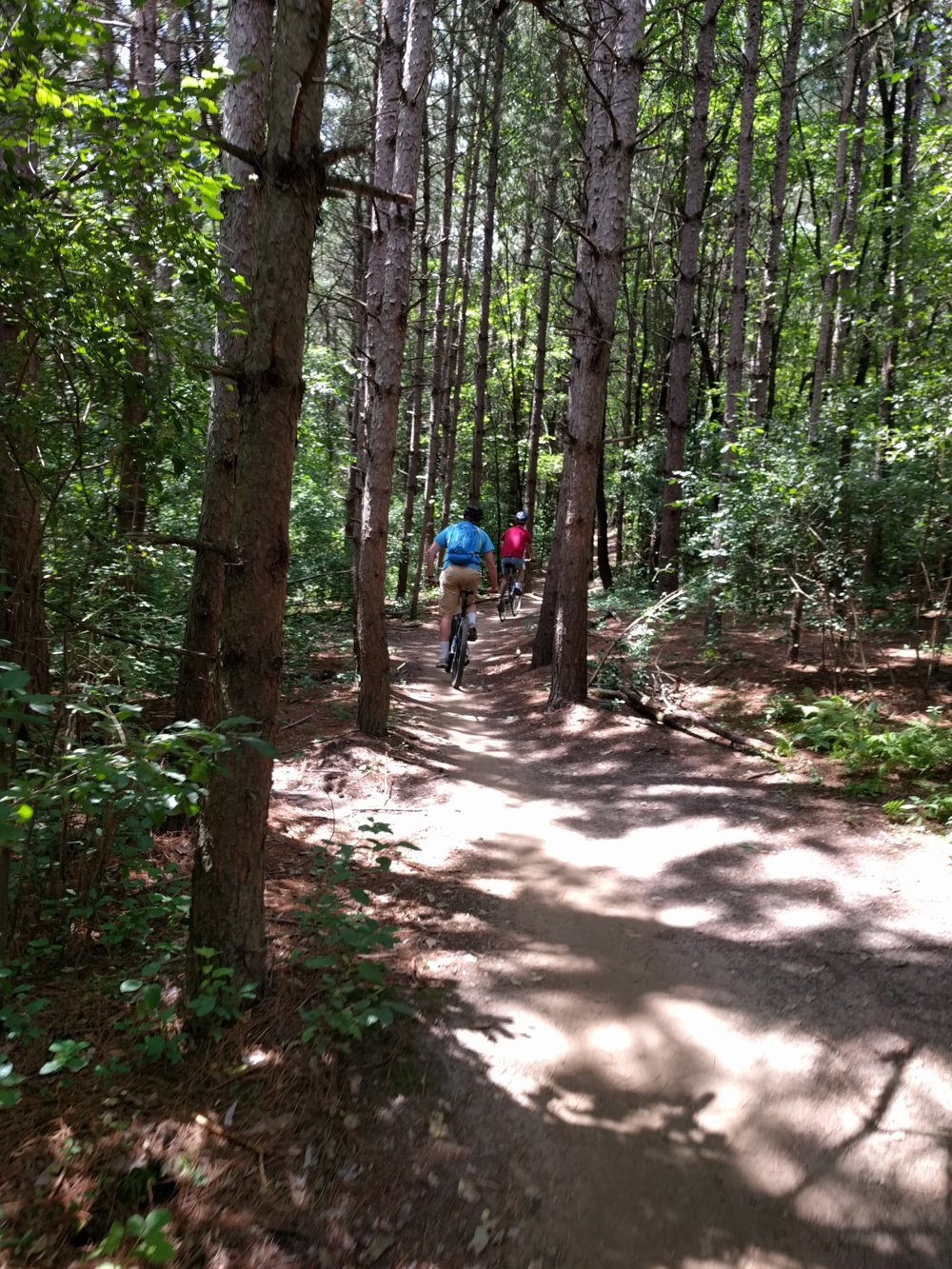 Ate some springs rolls, gawked at the summery summerness of summer in Mpls.

Dropped a note off for Andy at OneOnOne (trying to swing a cafe worker/conversationalist job) and savored some cold brew and a croissant. (Because, see photo); 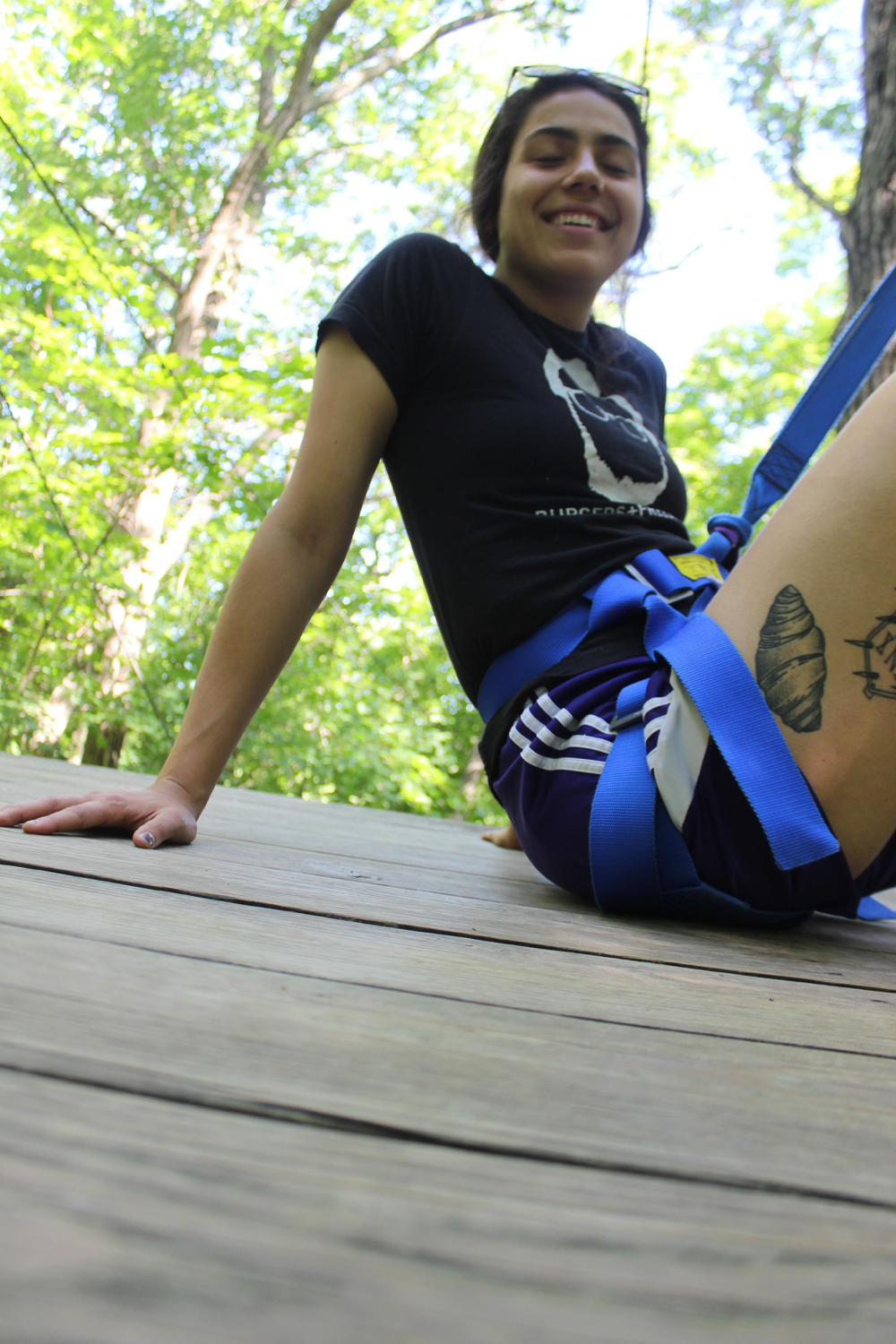 I was in a bit of a hurry at the shop, but as I passed by the ‘camo hatted’ and curly haired Gene, he read quickly and responded “that bastard“, I assume that means something endearing.

Then to finish my day, I headed to Red Wing before dark to catch a college friend, and we got a bit rock climby; -Drove home and passed the fuck out.

Hella rad day. Woke up yesterday, spend three hours on the saddle in SE Minnesota with two of my favourite human beings. “Party Time! Excellent!” weekend. I hope yours was enjoyable! And yes, those are cans. they are taped together. W.S.A.T.U. just happened to fall hours after my half birthday…another story, for another time.

I’ll be damned if Carolyn isn’t a shoe-in for the not very covered and just conceived of ‘AHTBM Correspondent Of The Year’ award.

Just in that one little email, she covered all of the bases of what’s good.

Fuzzy buddies? Check
Riding bikes with friends? Check.
Getting adventure-ie? Check.
Drinking the hell out of some beer? Check, and check.

We could all stand to take a page from her play book.

Ironic that she should mention Gene from OneOnOne because almost at the very moment I finished typing that last passage, I received a cryptic text from homie, followed by the directive to head to Morgan Hill to find him. Apparently he was at some product launch for a company down there, so Yafro and I loaded up his travel van and beat feet in that direction; 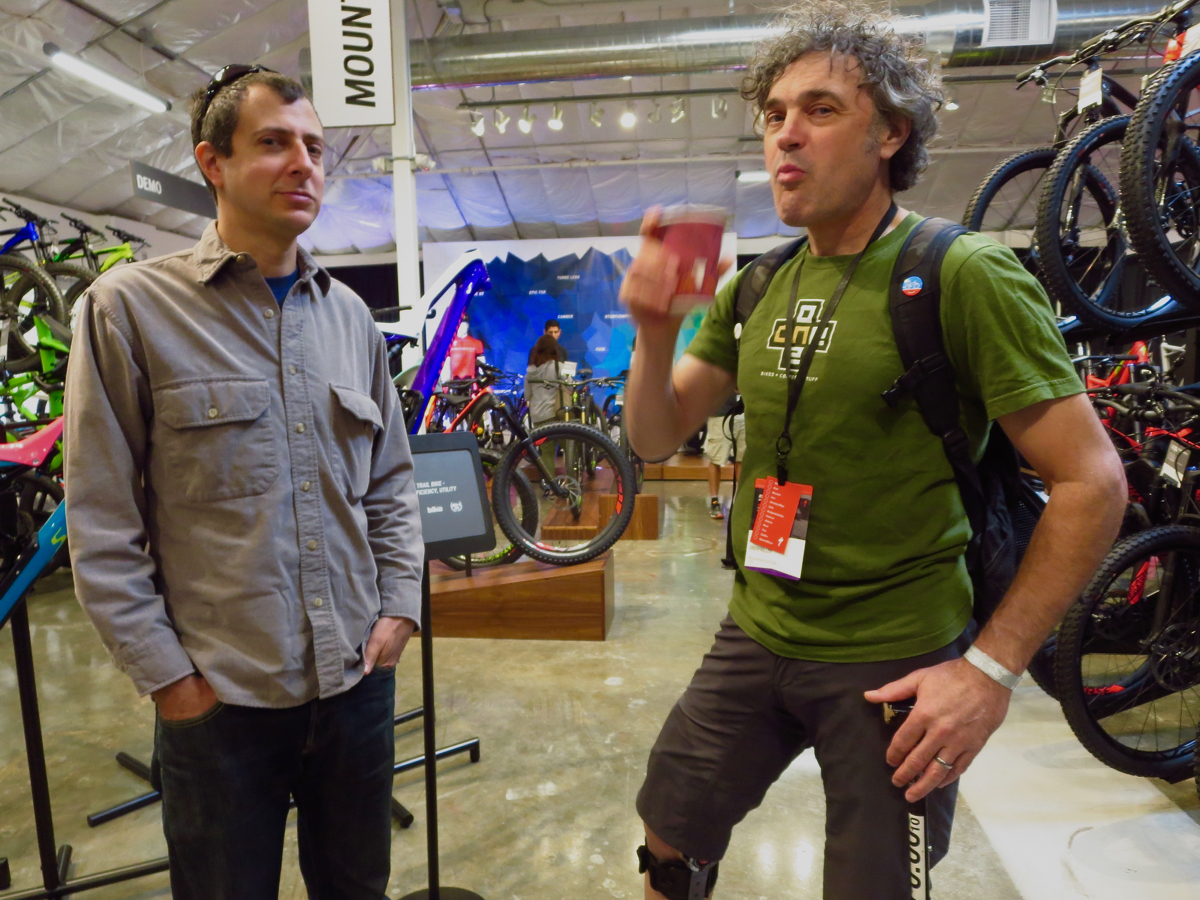 There were lots of bikes on display, but I didn’t take any photos of them, because I don’t want to get sued.

From there we went over the hill to see friends at Ibis Bicycles. I took lots of photos there, because by them, I’m not afraid of getting sued; 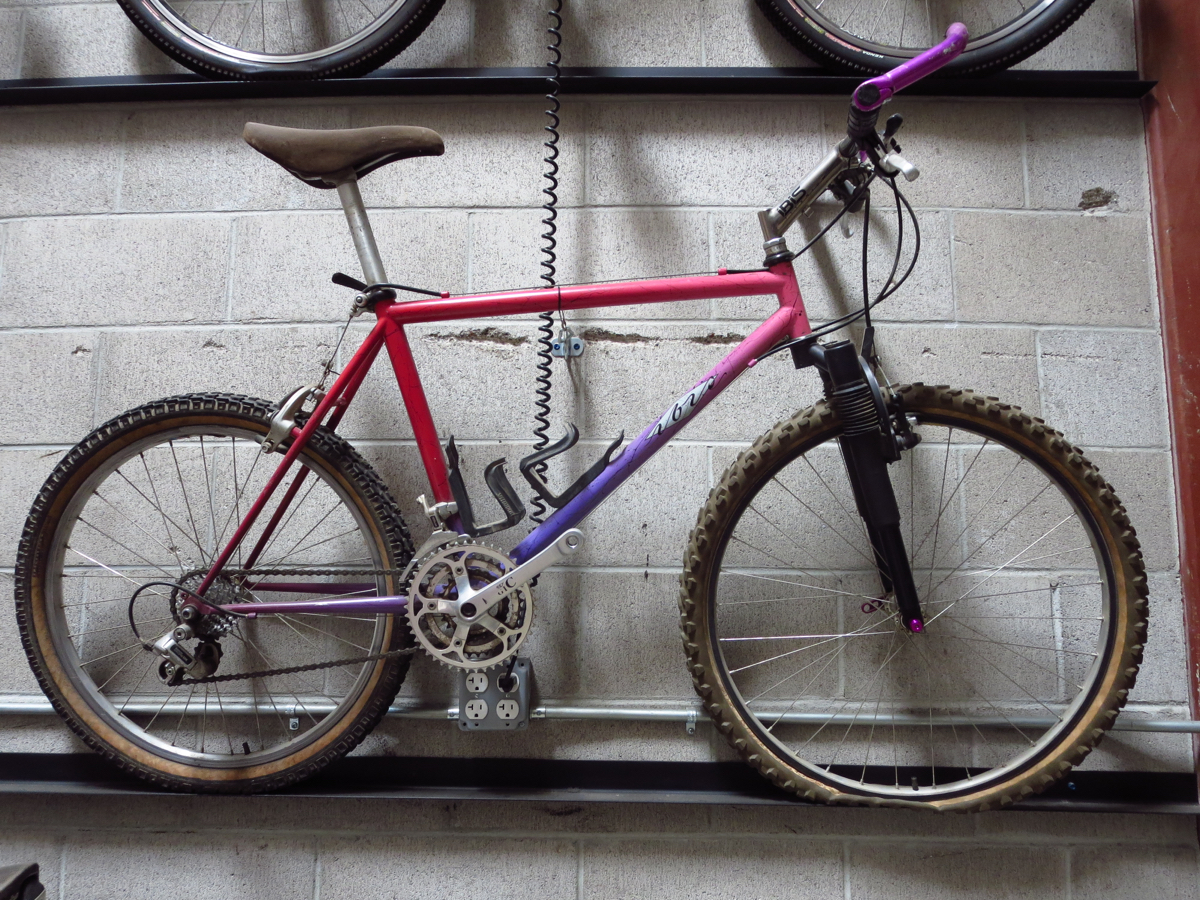 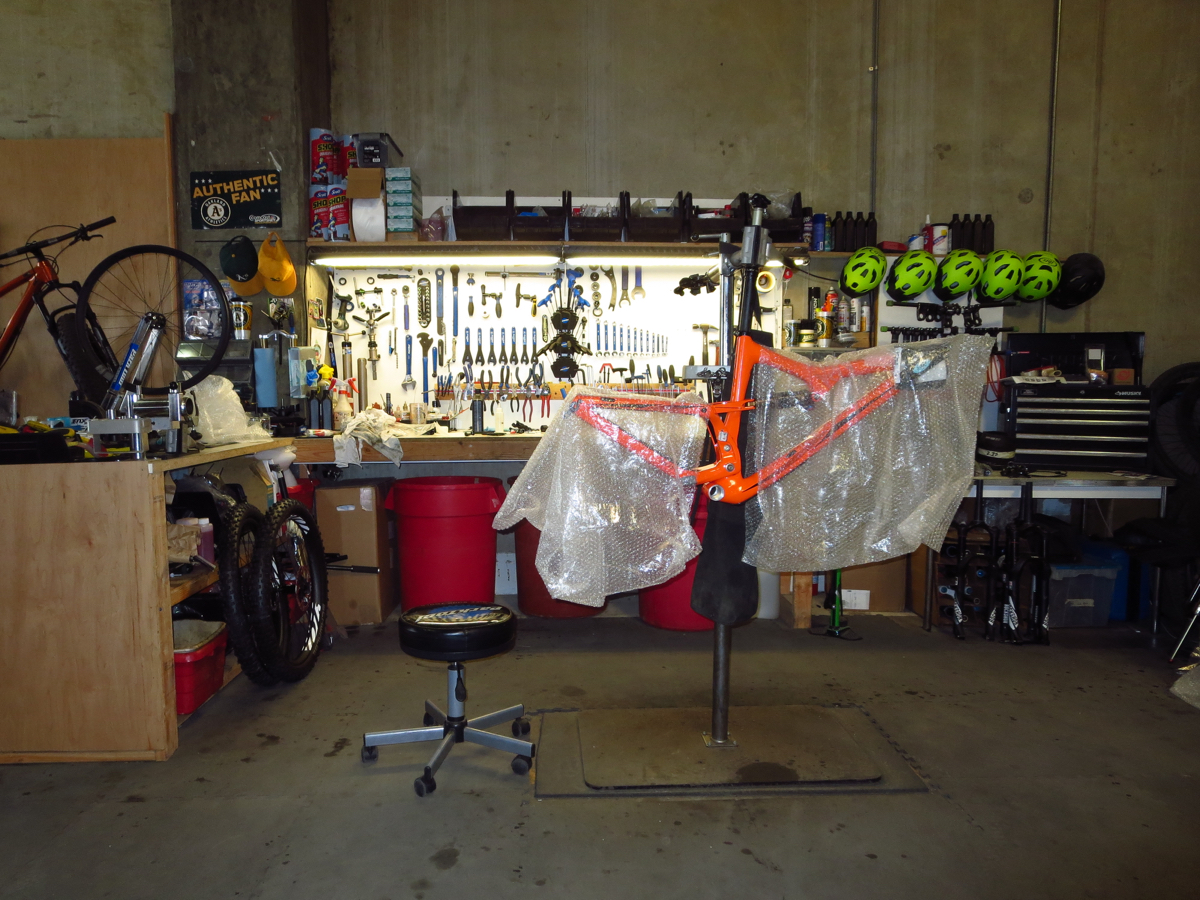 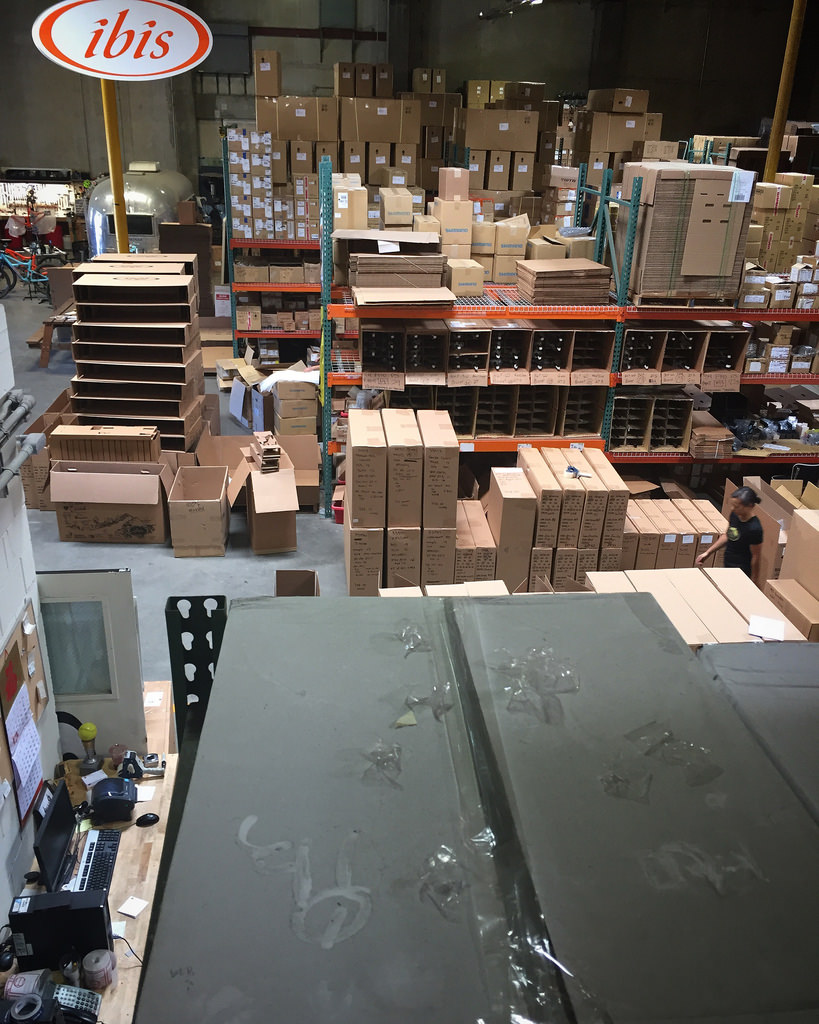 After spending some time there slapping hands and stealing a donut, we went around the corner to see other, different friends at Santa Cruz Bikes; 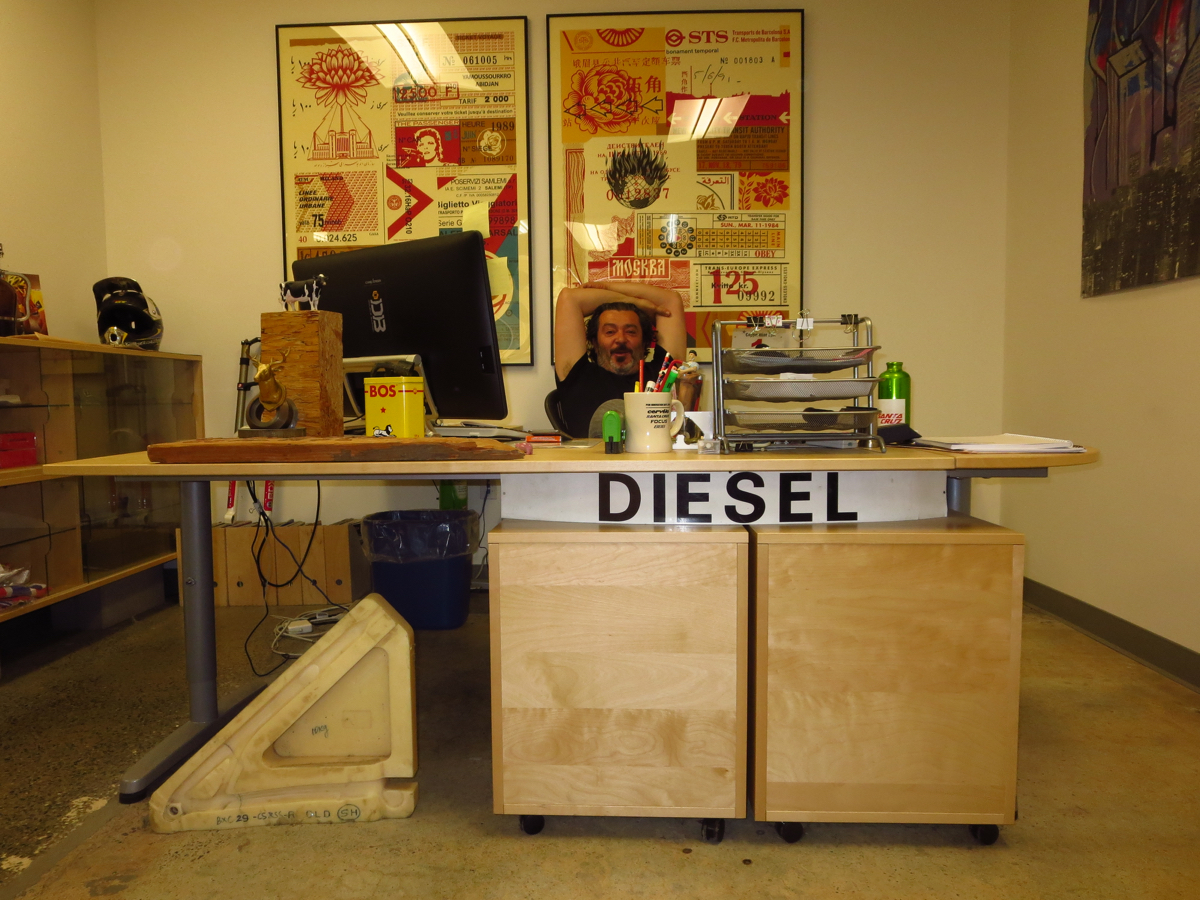 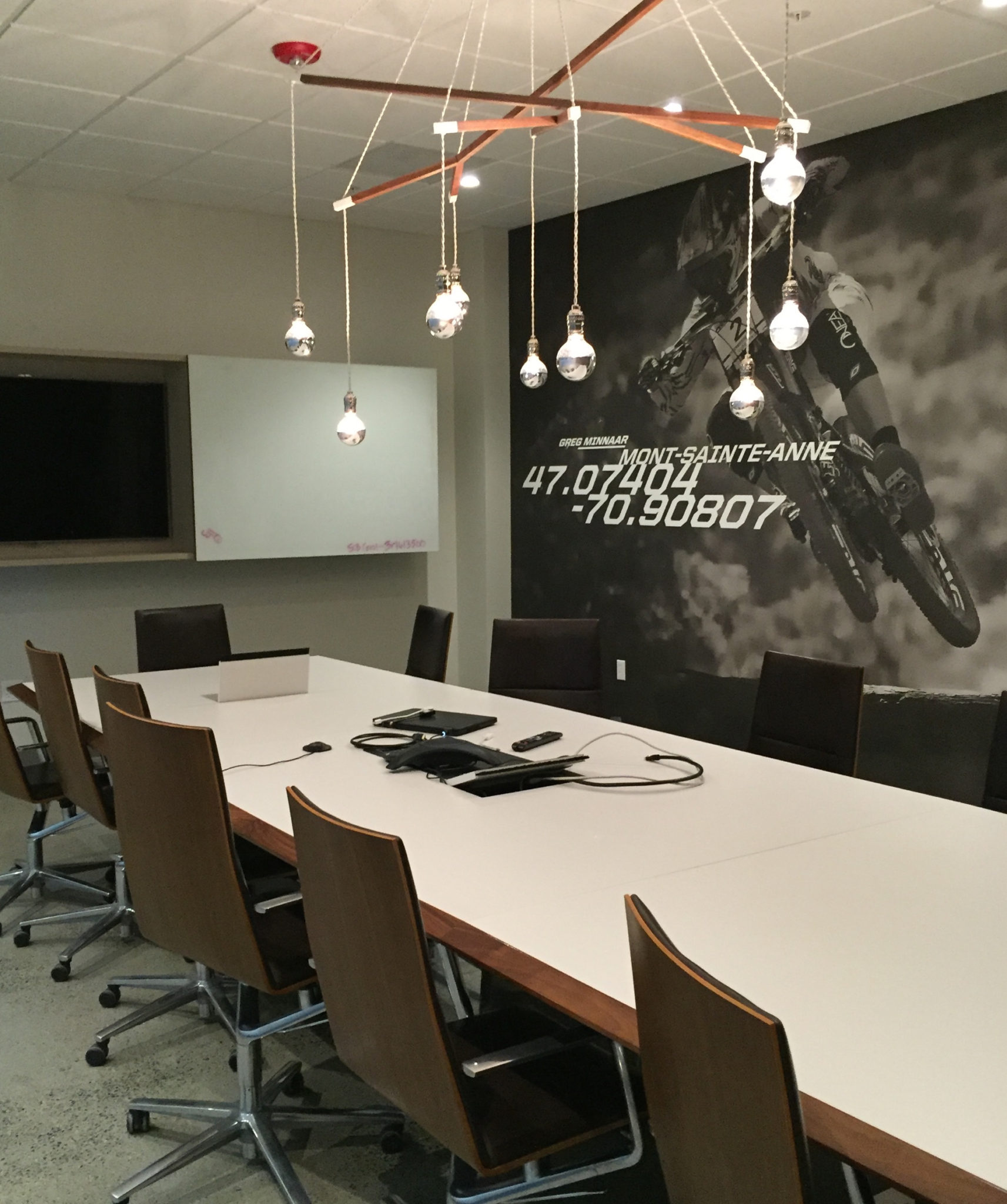 Then we hopped over to the old SCB warehouse and caught up with Brent and EZ; The day was slipping away and we had to take on a load of food before getting back on the road.

Before our journey was complete however, we stopped by to check out this mountain top restaurant that I last ate at when I was 15; The moral of this tale is to never stop having adventures, climbing rocks, riding bikes, jumping, (or depending on your affliction, climbing through) fences, and never stop expressing yourself through art.

That’s the true slippery slope, and where it sends you is a place of mind numbing banality, where no matter how you try, you’ll always be bored/boring, and never, ever get the cheese.