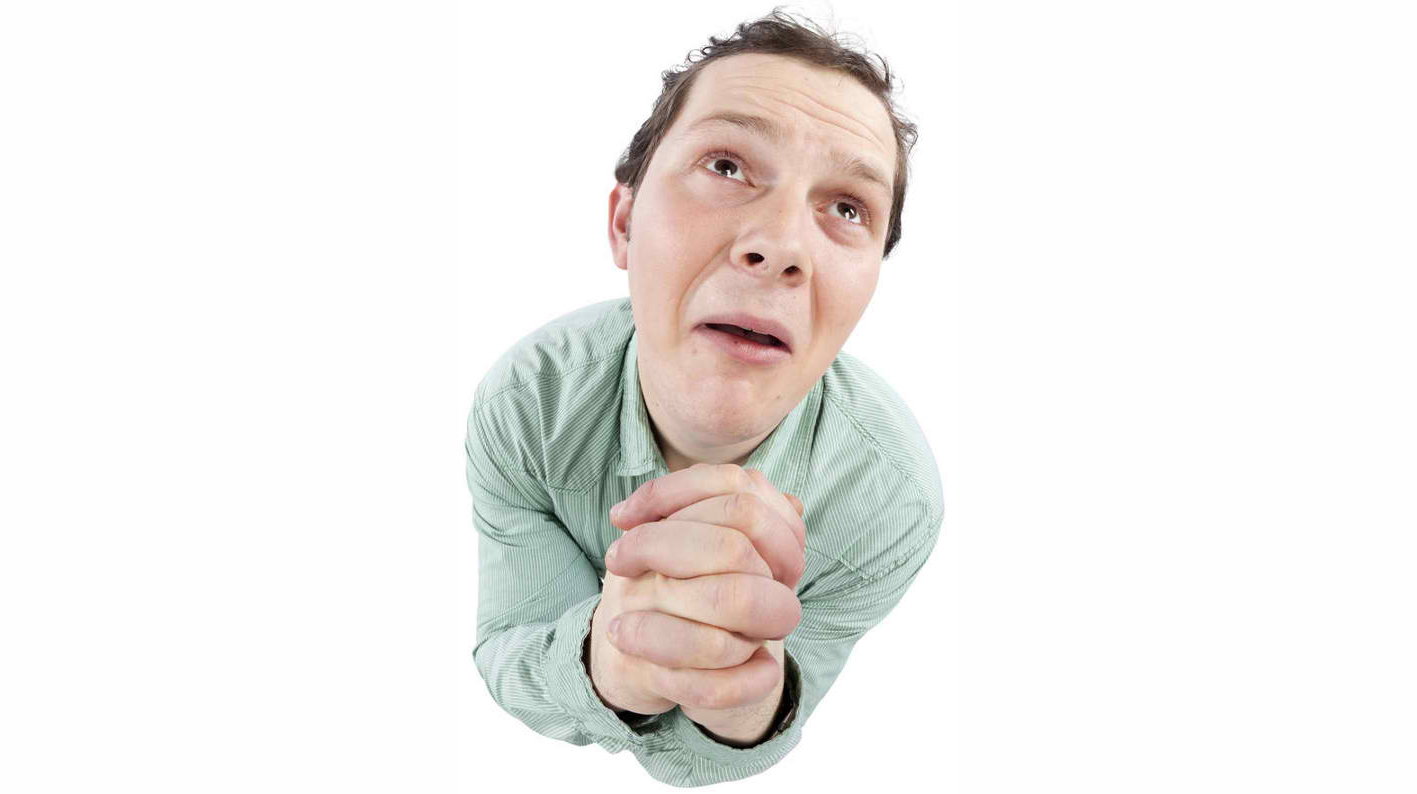 Alright- Instead of the standard rigamarole you’ve come to expect here, I have a simple favor to beg of you.

Some folks might remember last month when I’d mentioned a project I was embroiled in with the good folks from New Belgium, and Detroit Bikes, wherein a dozen or so art types from around the country were tapped to put their stink on a frameset, which was my understanding would then be auctioned off, the money raised going to individual non-profits of the artists’ choice.

So I got the raw frame, fenders, chain guard, and struts to the powder coater, and then I busted my ass. For hours, and hours I busted my ass. And made sure that no matter what, my submission would be complete by the deadline; 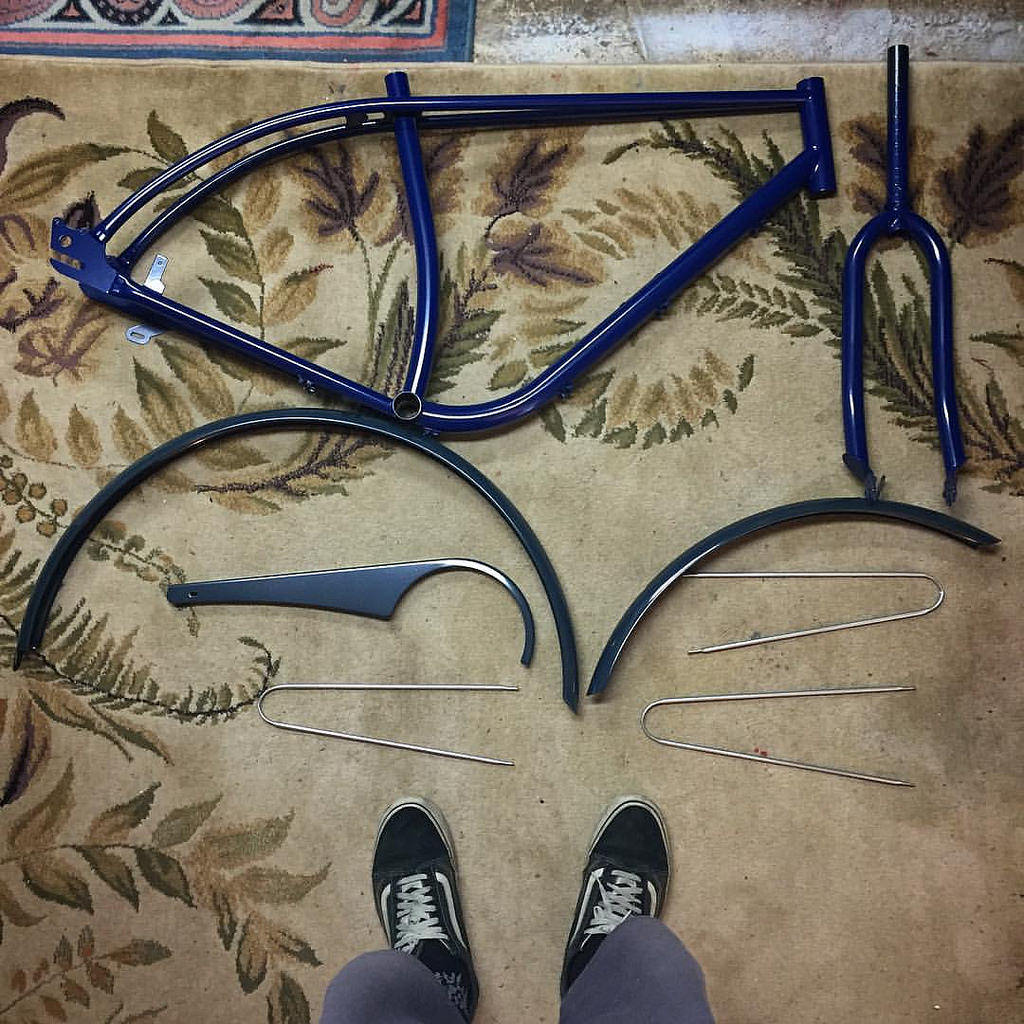 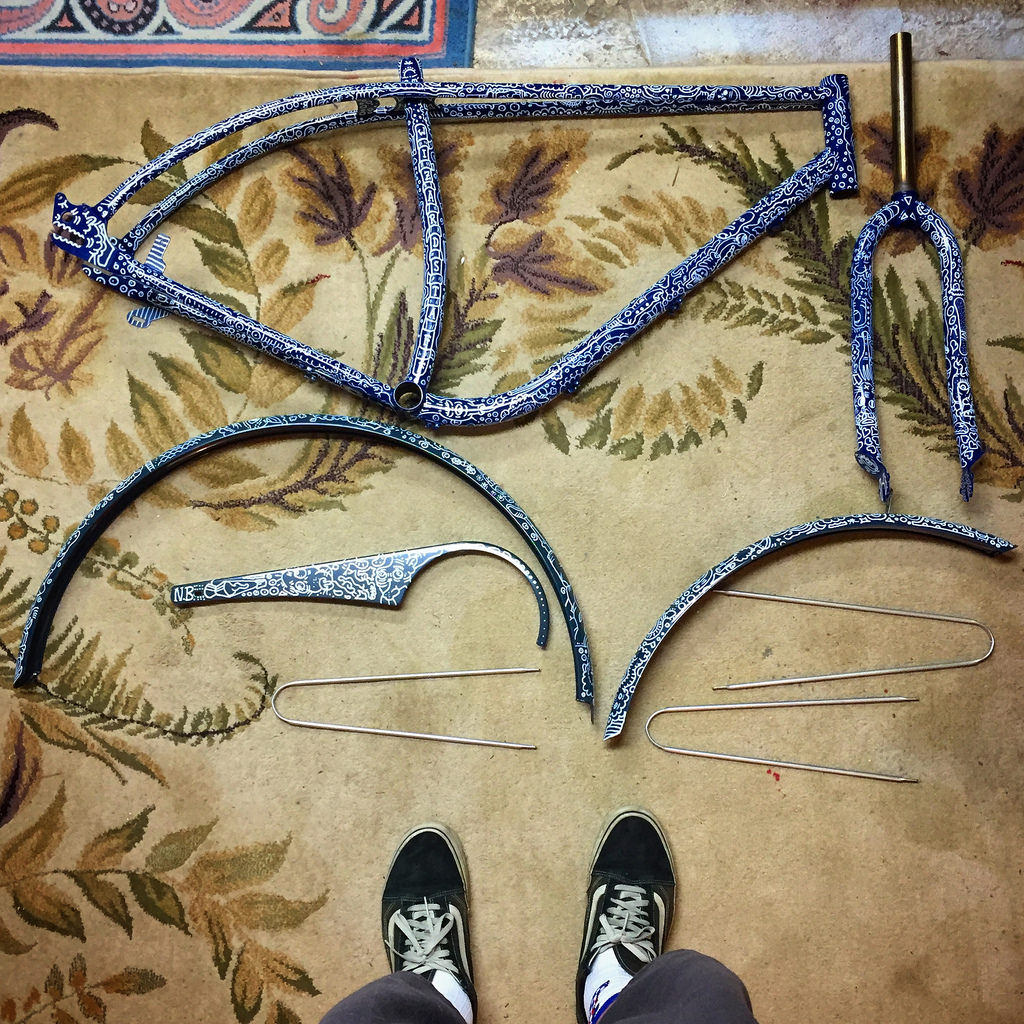 When all was said and done, the bike got built up, and I was pretty proud of the effort; 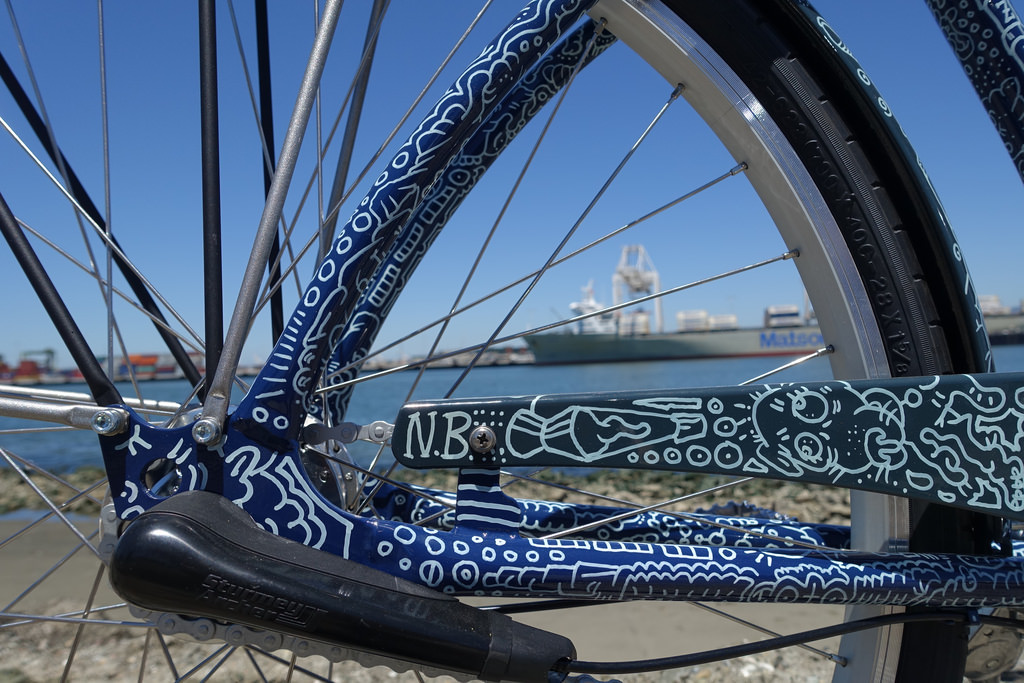 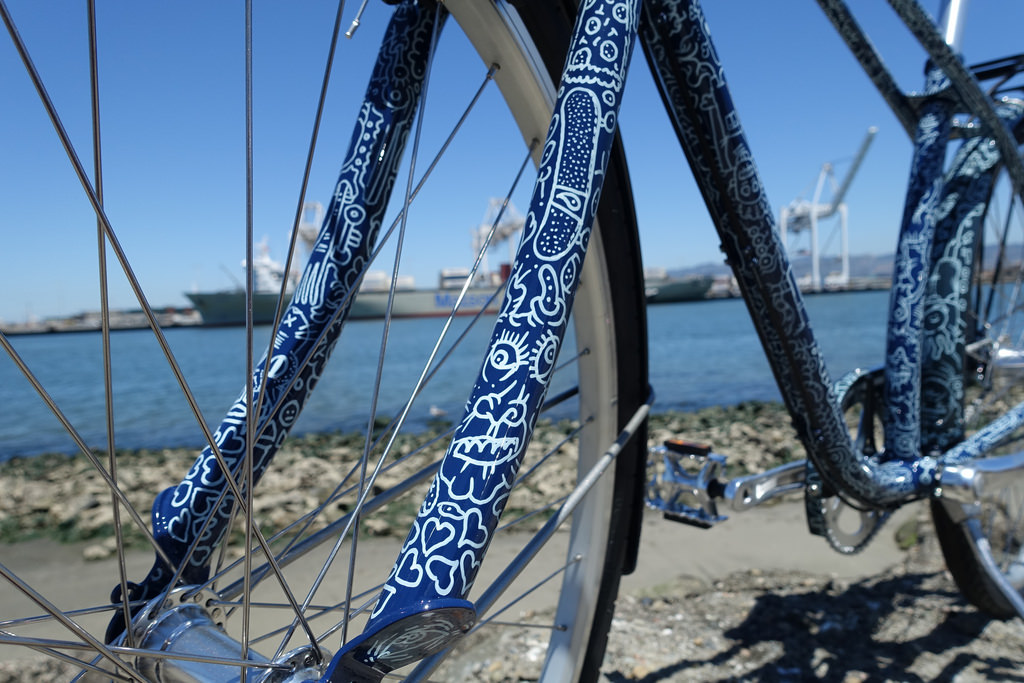 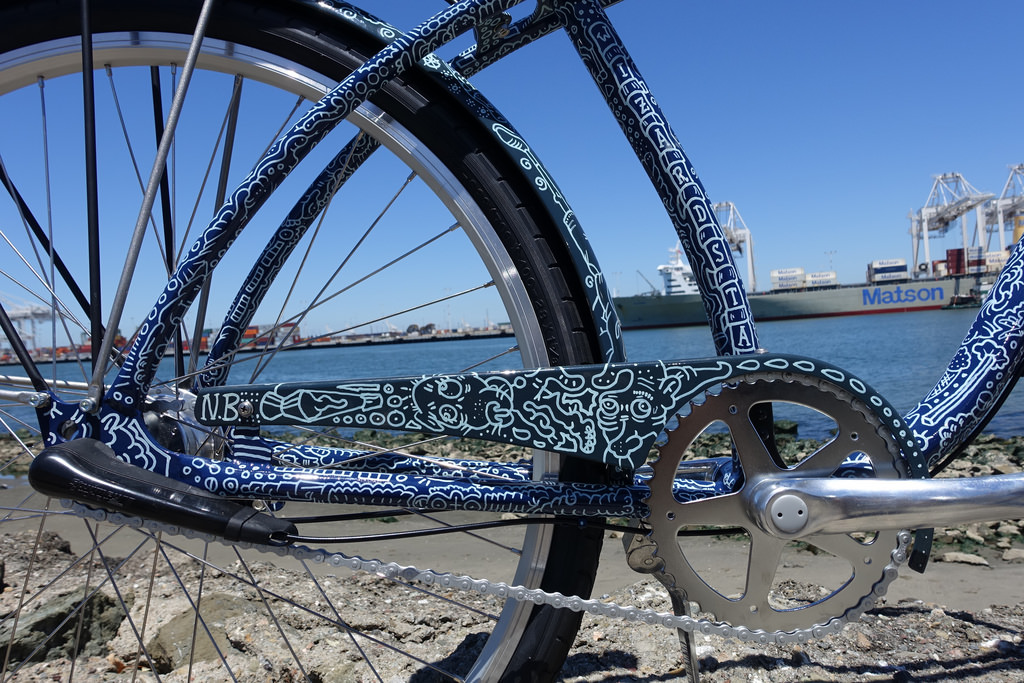 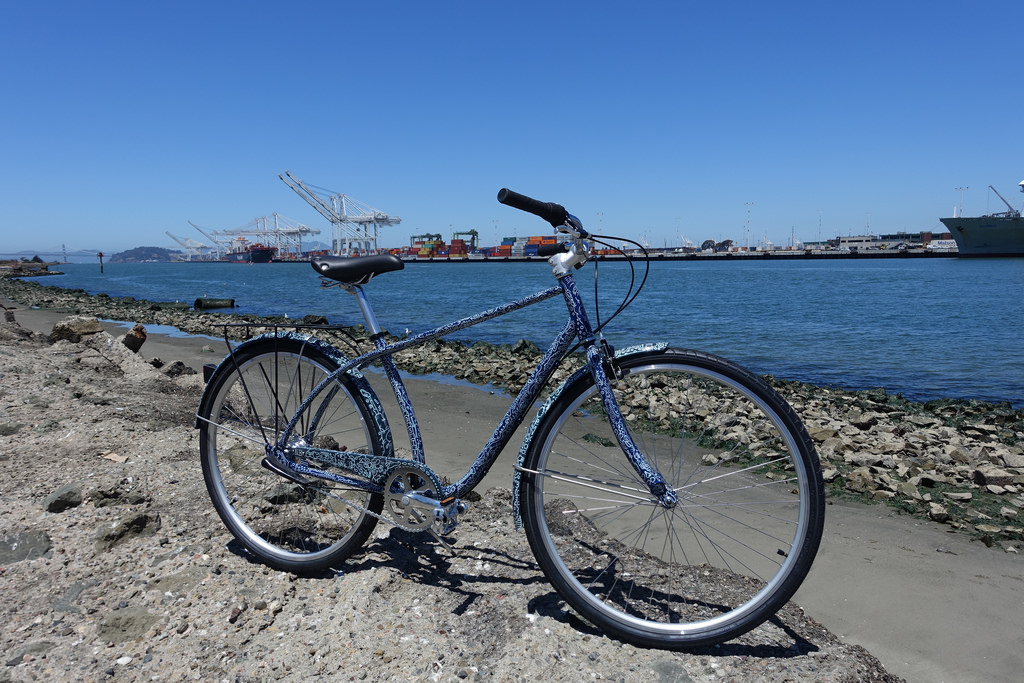 So once I got the bike into the local New Belgium contact’s hands, I waited. After a couple weeks I didn’t hear anything, so on Monday night I shot the old bean a text just to see what the scoop was.

It turns out that the bikes weren’t in fact being individually auctioned off as I’d previously believed, but each were getting voted on and the one who ended up with the most votes would net five thousand dollars for a non-profit of their choice.

Naturally I had a local shelter in mind, who takes care of all kinds of abandoned, and homeless fuzzy buddies.

I was however, quite dismayed to find out that the polls have been open for two weeks, and nary a single peep was made to me about it.

So it is with this post, and as I struggle in the back of the pack, that I ask you to please go here at some point before August 31st, and toss a vote my way.

Or you can vote for one that you like better.

I would simply like a fighting chance to get in the running, now that the race is well underway.

Though I’m not above it, I’d appreciate it if you didn’t make me beg.