I will start today’s post with a story going back to the early 2000s. I can’t remember specifically which year, because my relation to time is a horrible one. I can say for certain that I was working in the assembly department at Santa Cruz Bicycles, holding it down in my little bay, surrounded by all of my tools, bearing press, and so on. At one point, a fellow who I knew to be in the employ of a local bike shop got hired on, and we would soon be working side by side, day in and day out, week in, and week out, month in and month out. Together we shared our delirium, and life was good; 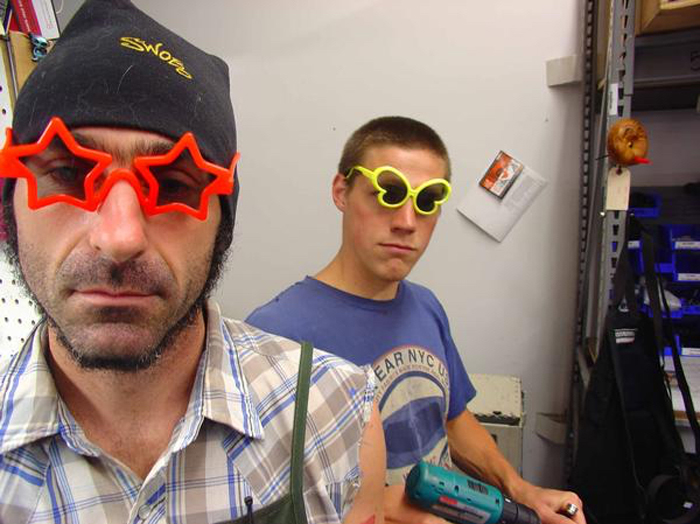 You learn a lot about a person when standing next to them forty+ hours a week. Like, a whole lot. Like, in some instances, maybe a bit too much. However, in some instances, like our mutual appreciation for the first Justin Timberlake album for example, the level of familiarity was just right.

I was lucky, because I quite enjoyed this fellow’s company, and we shared many laughs together as we whiled away our days assembling bike frames that despite the fact we were on the company’s payroll, could never hope to afford.

Eventually, we went different ways with our individual careers (for lack of a better word). He, going on to fill an array of roles at Santa Cruz, and I, always flirting with homelessness. Just the same, through it all we remained in contact with one another, or in this instance, even did a bit of traveling together.

Well, I’ll be damned if I didn’t have the ultimate honor this past weekend to see him and his long time girlfriend Taylor tie the knot at an intimate ceremony in Santa Cruz; 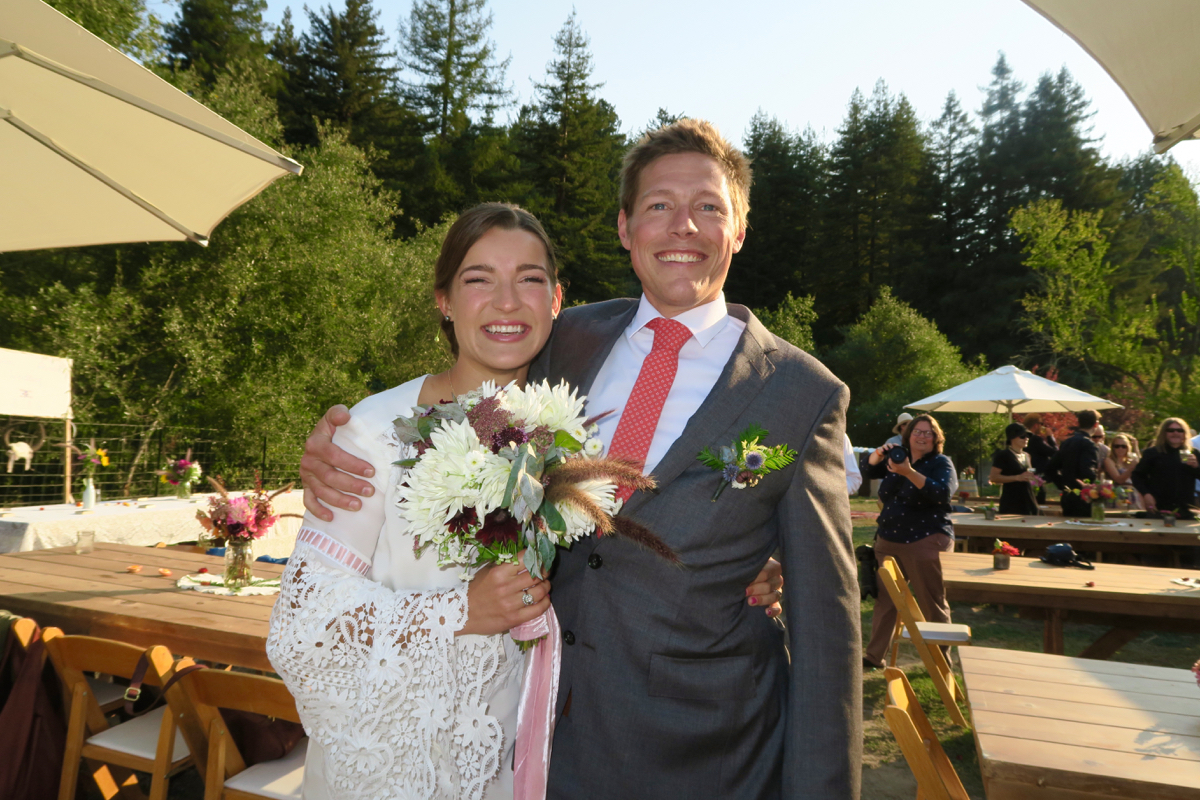 In our time together I’ve had the opportunity to watch Garen go from a punk ass kid to a full blown, and fantastic grown-up-ish sort of individual, and I couldn’t be happier for his and Taylor’s union; 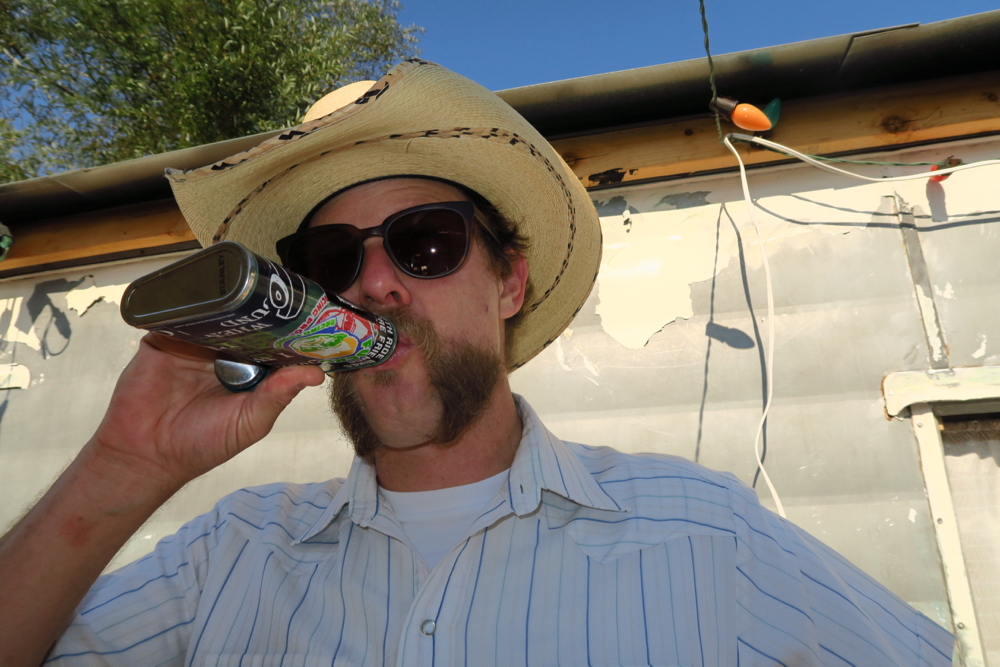 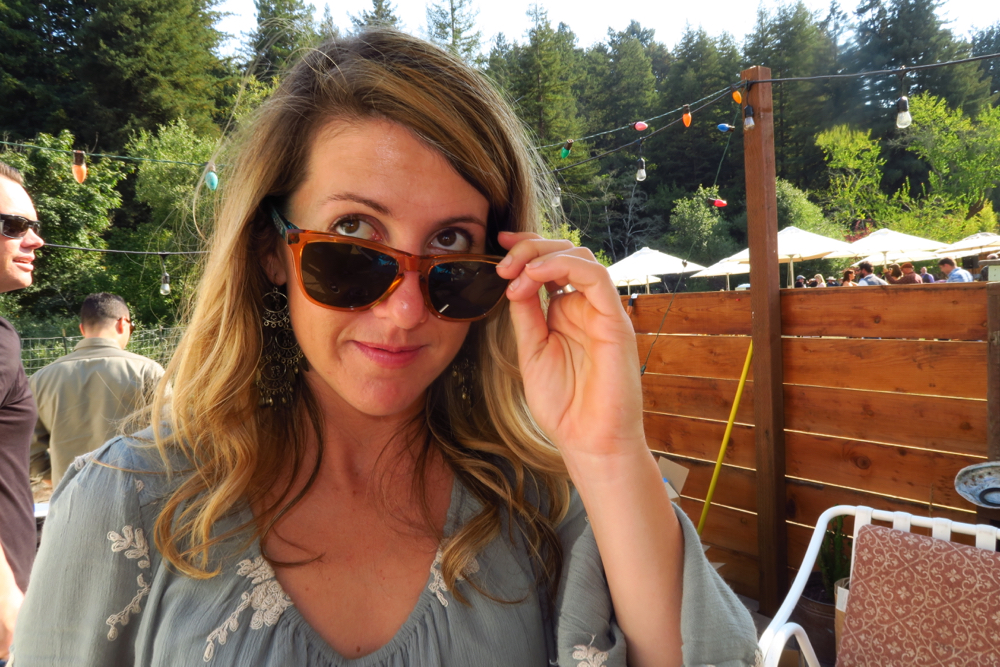 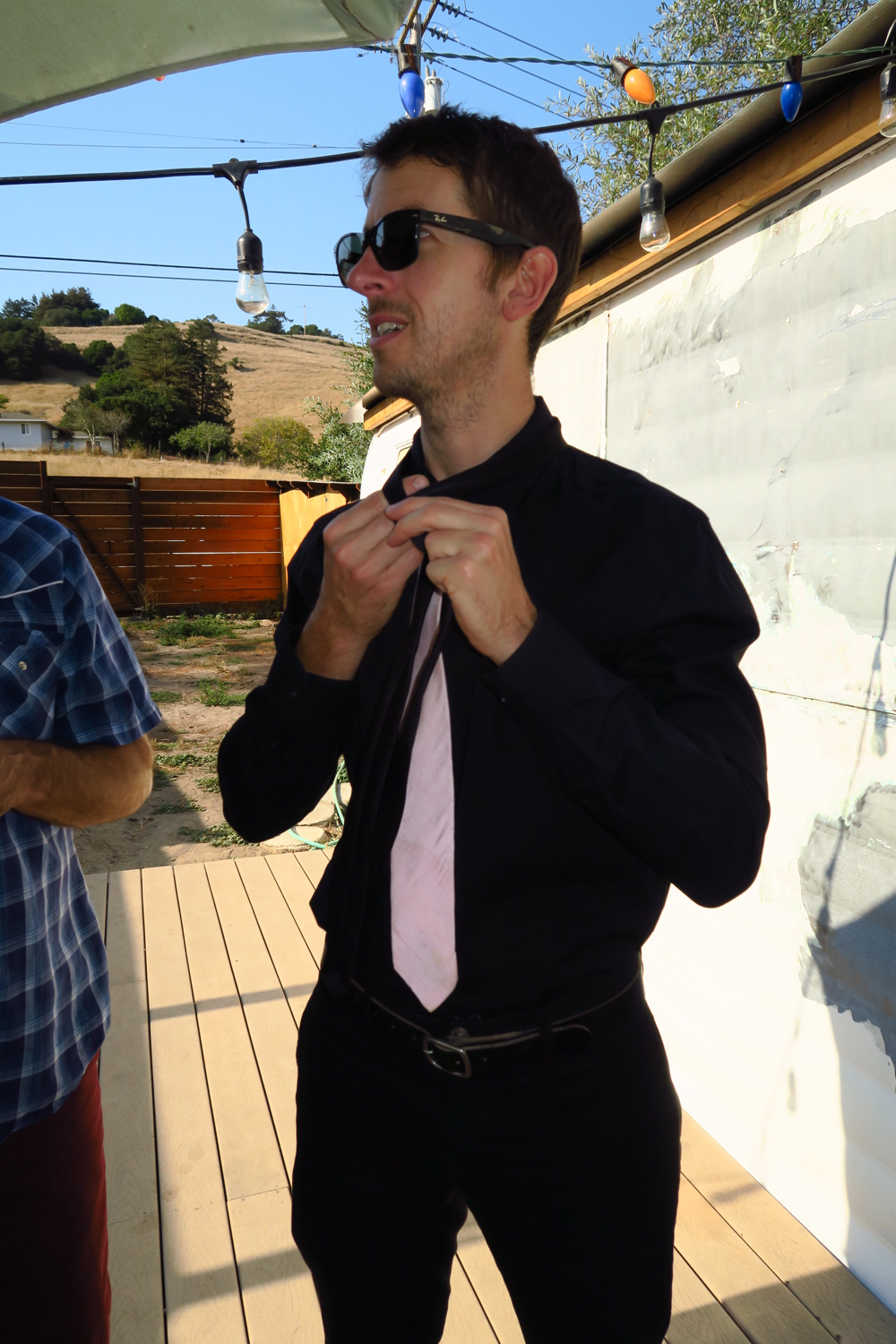 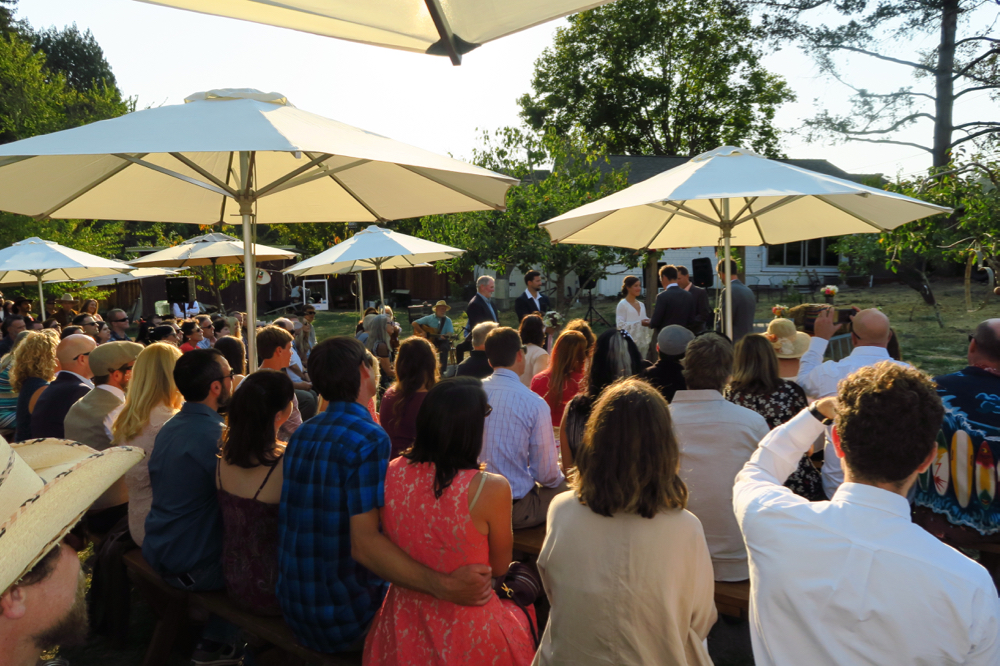 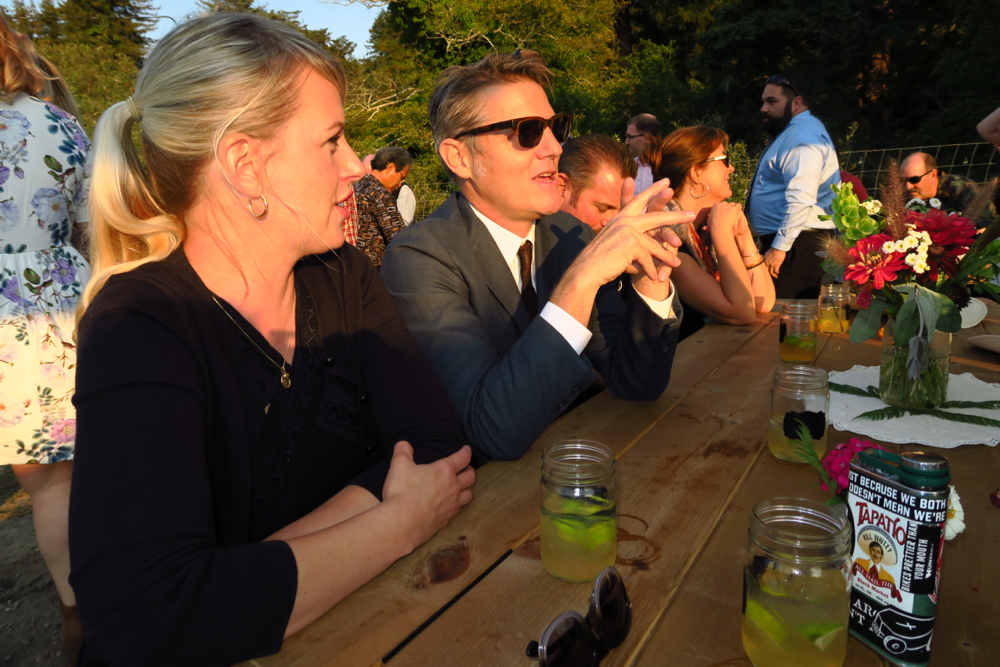 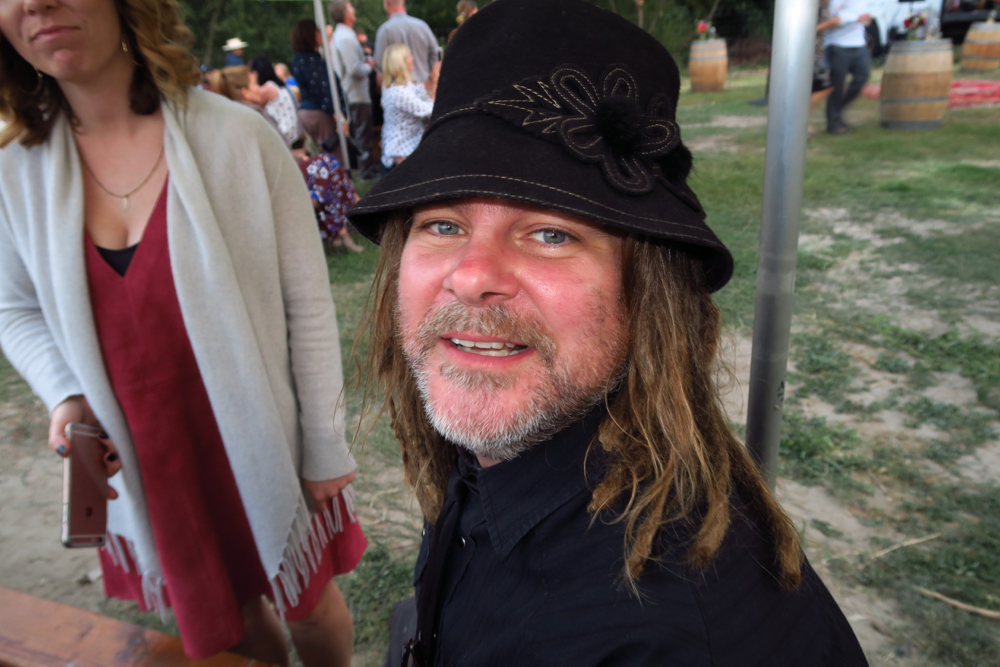 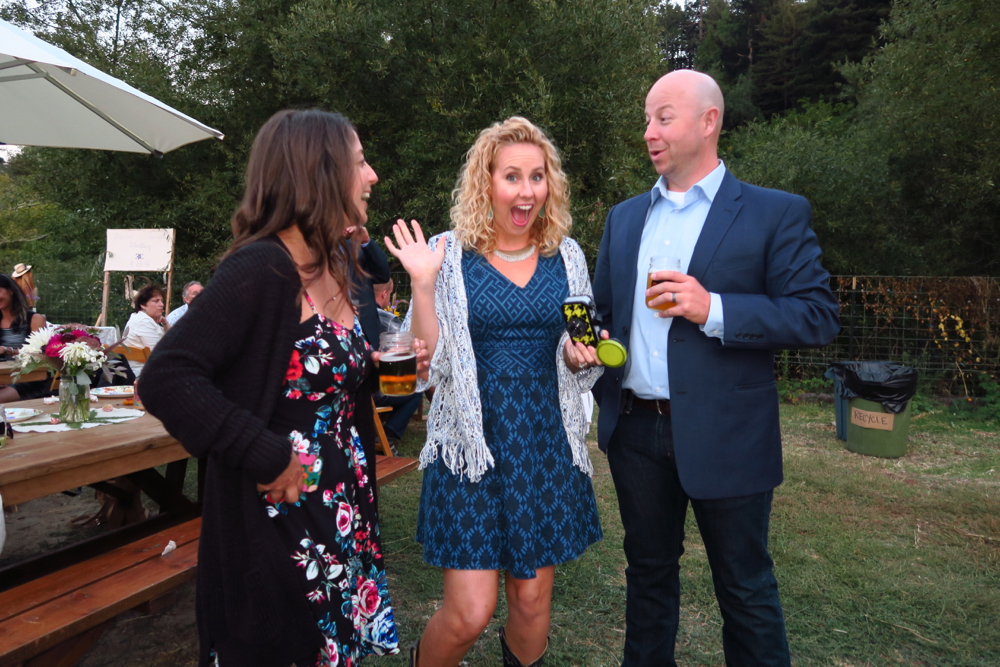 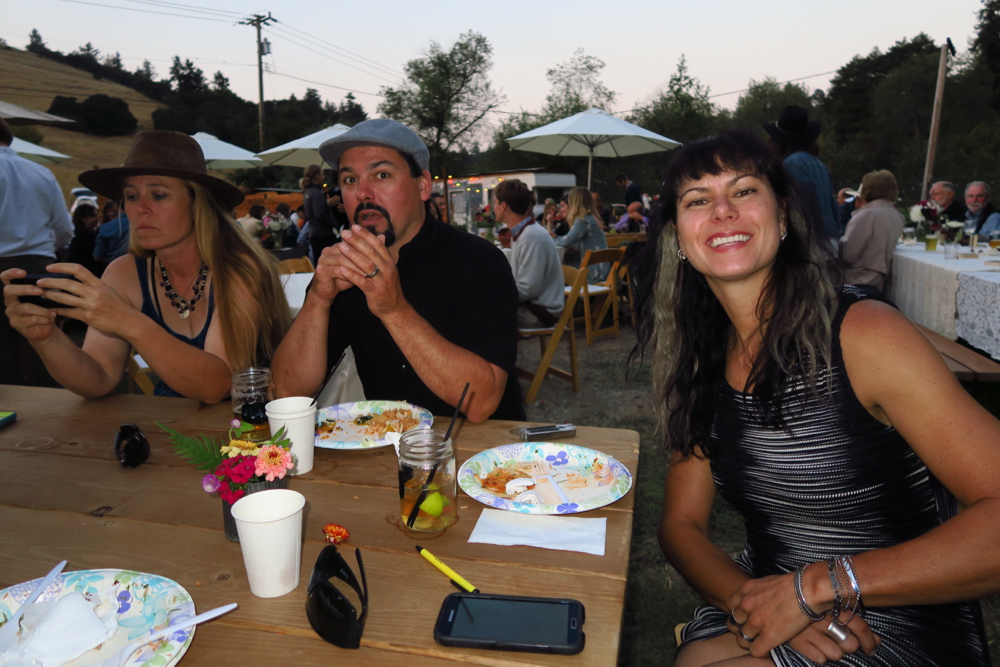 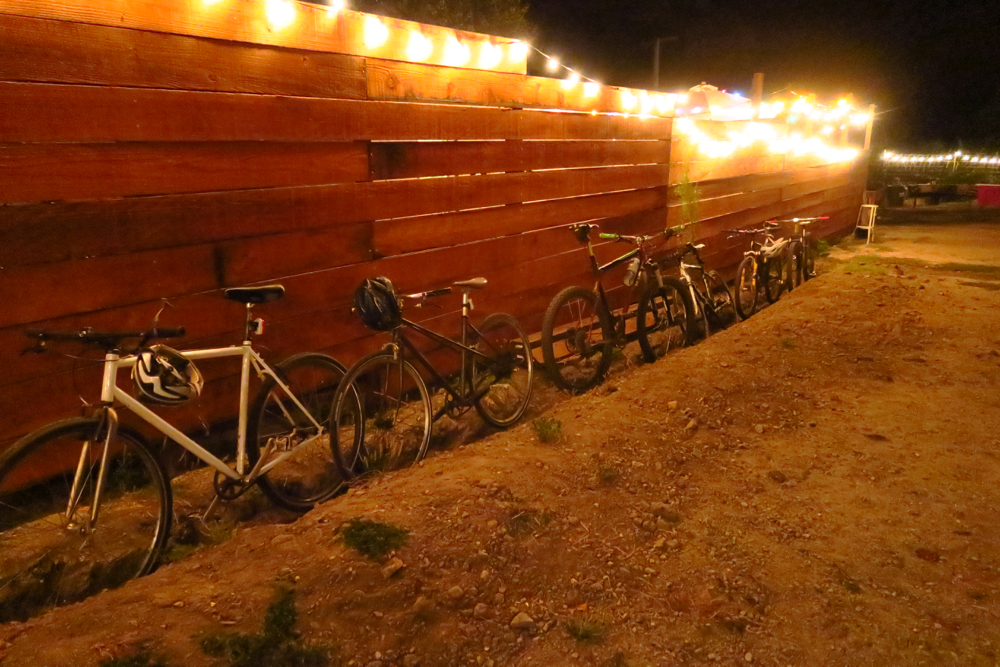 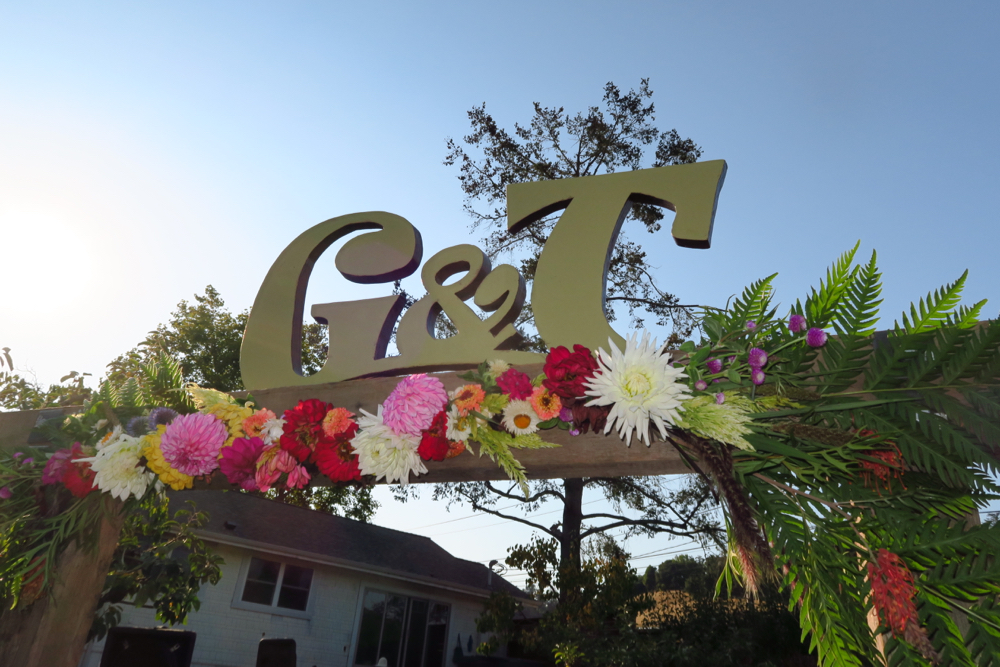 For whatever it’s worth, it’s with every fiber of my being that I wish them the very happiest lives together, and it’s for them, that today’s post is written.

Or at least that first part, because all of the rest of this will just be dorky bike stuff, and I doubt either of them will care about any of that.

So it was just this past Saturday evening when my long time compatriot JMak asked if I wouldn’t enjoy partaking in a two wheeled adventure with him on Sunday morning. In general I tend to steer clear of doing any sort of recreational riding on the weekend, because all of the rest of the unwashed masses are, and I do everything in my power to avoid them. Alas, it’s been a minute since J and I have ridden together, so I braved the clueless hikers, the unleashed dogs, the throngs of weekend warriors, and the off road Segway tour (that one was a first), and agreed to meet up with him.

But just as I was walking out the door I noted that the men’s Olympic mountain bike race was on for at least the four final laps, so I sat on the floor (donned in full riding kit mind you), and soaked in the action.

I would like to also mention that when I’m wrong about something, I’m the first to admit it, which is then followed by a meal of my words. On Wednesday I talked a fair amount of trash about the mountain bike track, but after watching the feed I realize I was quite wrong. While there certainly were fairly boring components to the course, by and large, it was a super fun looking loop, and was extremely enjoyable to watch the honches do upon it what they do best; 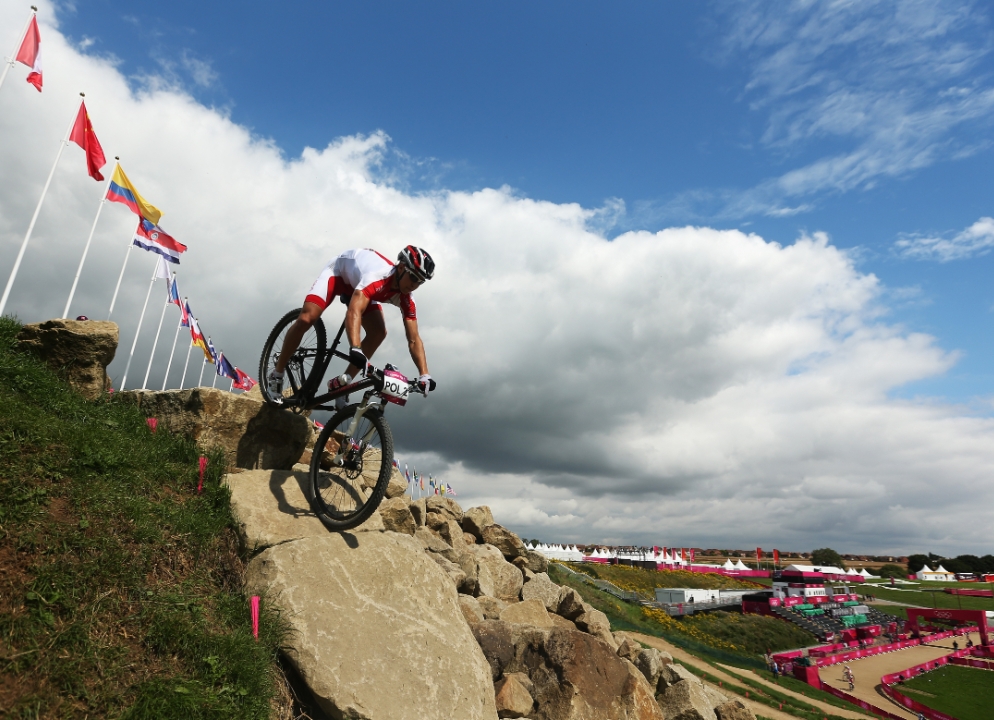 *Spoiler alert* Pervy Pete coulda been a contender, but after all was said and done, he wasn’t. 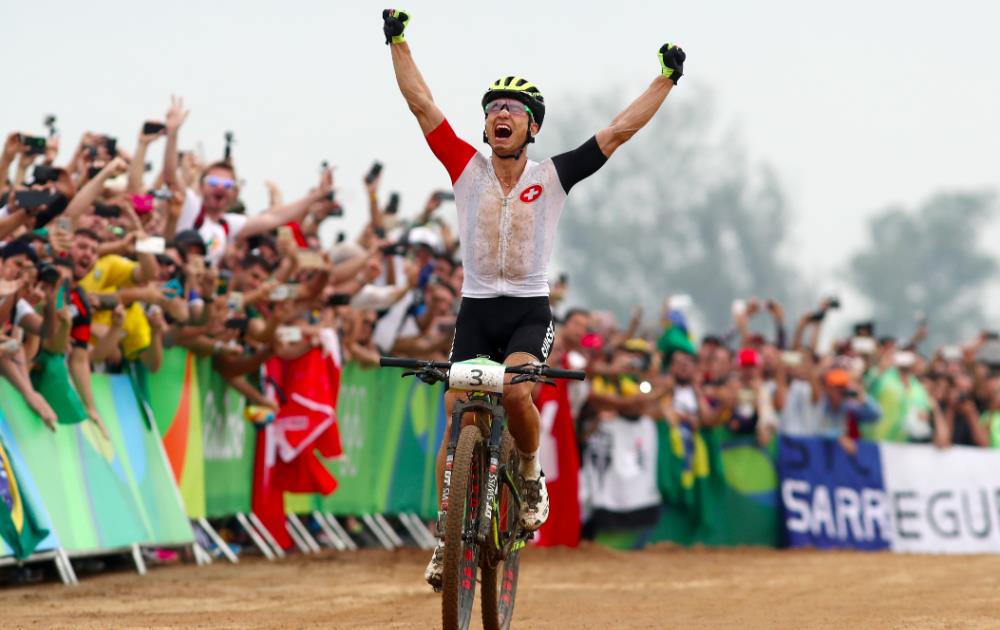 If you didn’t watch the race, I recommend tracking it down.

I’ve yet to find a replay of the women’s race, but it’s next on my to-do list; 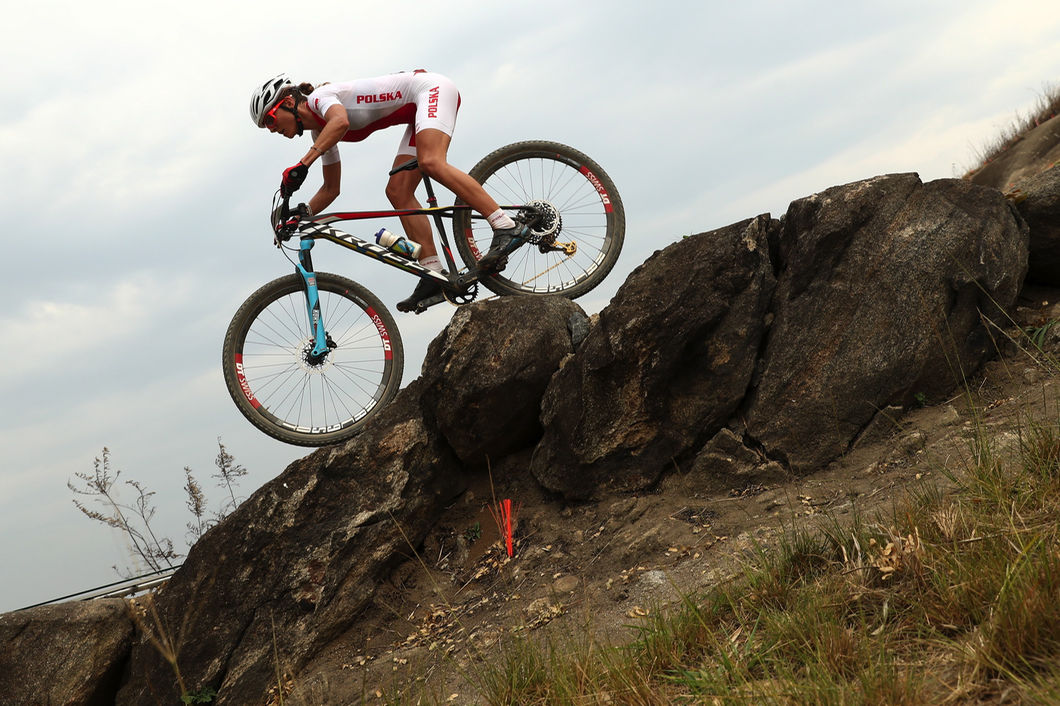 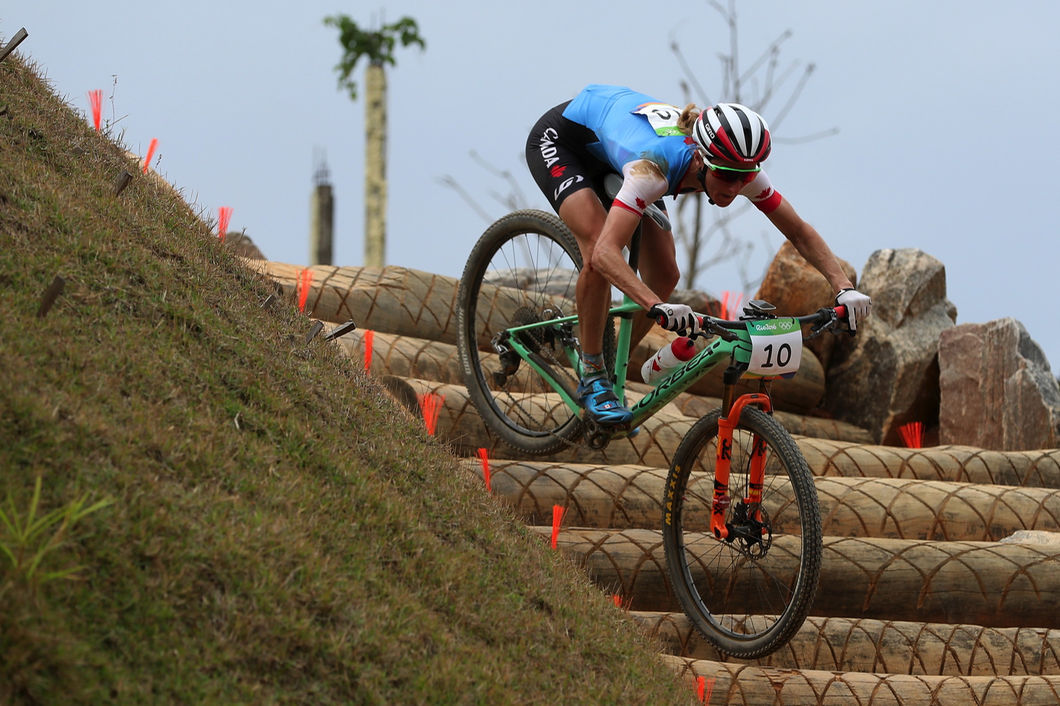 *Edit* Brian directed me to it here.

Anyway, at its conclusion, I was fired up to drag my own sorry ass across some singletrack, which we did in style; 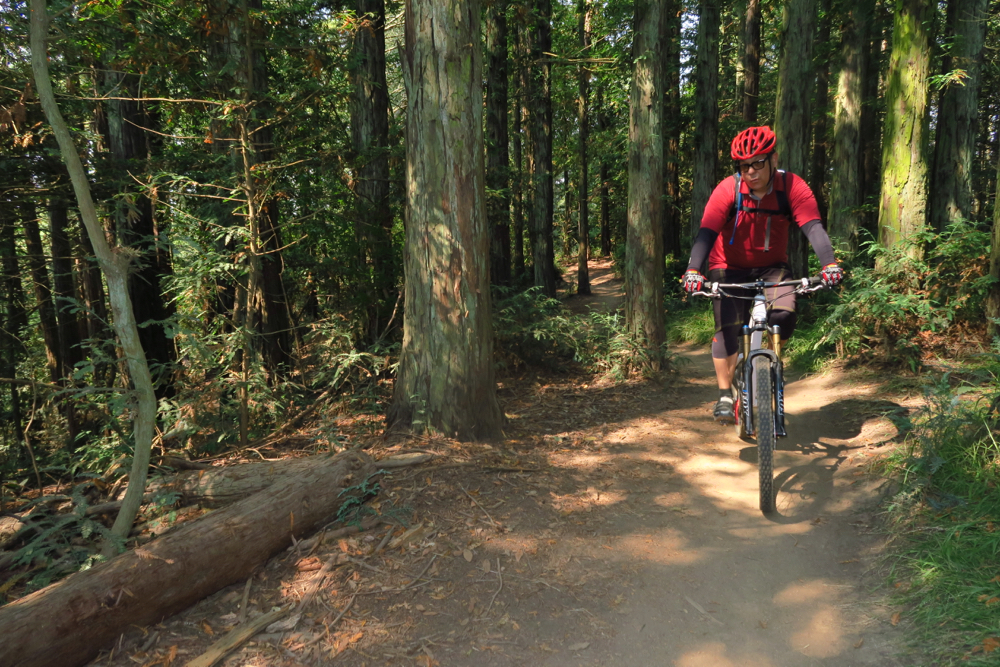 After a time to-ing, and fro-ing across the dirt, we peeled off and gave thanks in my house of worship; 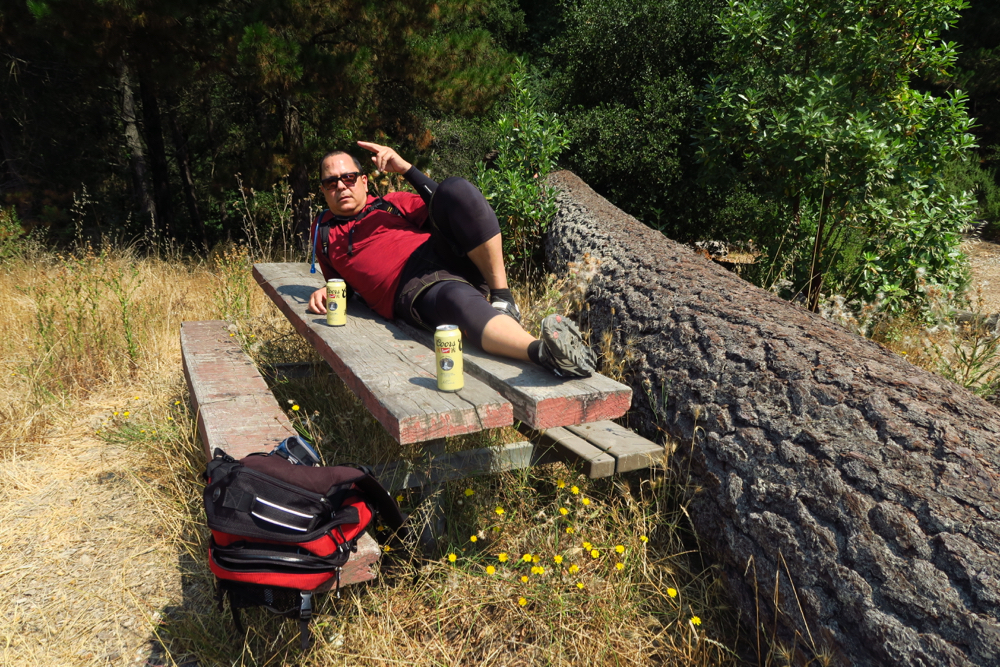 E’erybody got they own kind of communion.

Towards the end of the day, J showed me a little barrier stump, the insides from which had long since rotted out, leaving nothing by the remnants of the branches; 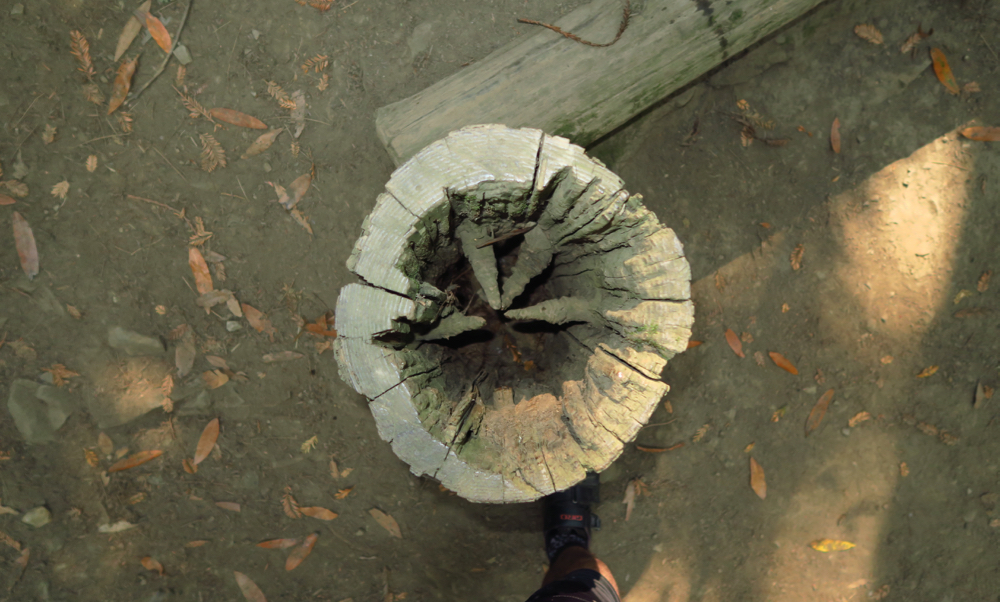 I suppose I never really knew how branches developed inside of a tree.

Of course because human beings are classless heathens, the stump was filled with random pieces of trash, which I promptly removed and disposed of properly.

For a time we tripped out on that, and reflected on the joy/importance of occasionally stopping to smell the proverbial roses.

So in conclusion, and in an effort to try and button all of this jibber jabber up- It was certainly a weekend filled with people and activities I love, and likewise, I hope that whoever happens to be reading these words experienced some of the similar.

Because though I can’t speak for yinz, when it comes to stuff I love, there’s not much that I love better.